Since Sky turned three in December, she was old enough for the Smart Start T-Ball program here on Kwaj.  Practices were every Wednesday night for about 45 minutes, and it lasted about 6 weeks.  D and I decided that we would try putting Sky in, just to see how she did, and the whole time we kept having to remind ourselves, "She's three.  We can't expect too much from her".  I took these pictures last night at her last practice but I think they're pretty good examples of why we're still trying to decide if we should put her in soccer in April or wait another year.
﻿ 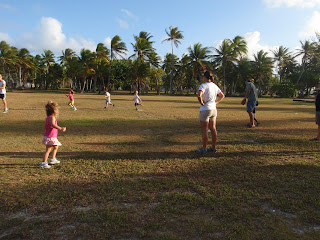 Base running practice: Sky is clining to D leg rather than running the bases 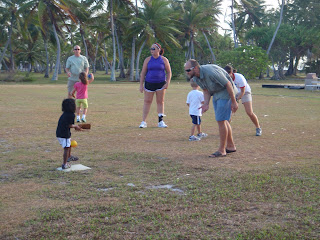 Catching pracitce:  She does try to catch the ball but refuses to run after it when she misses 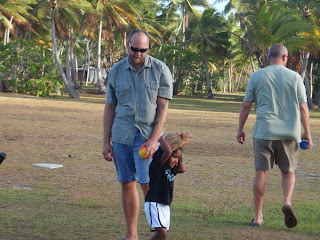 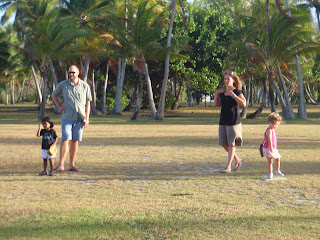 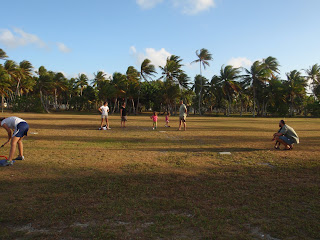 until she started crying that she wanted to go in for a drink and needed a hug from D
Batting Practice: not too bad but she hit the T more than she hit the ball 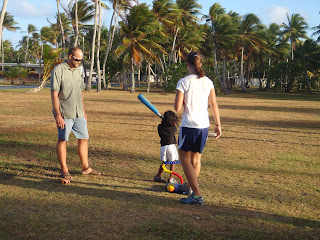 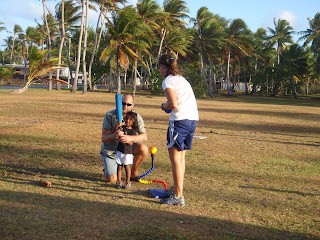 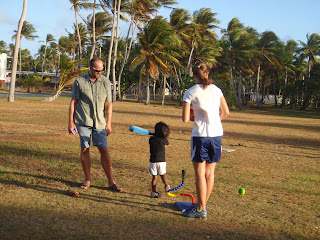 Way to go sky!  She actually did pretty well and you could see a big difference between the 3-year-olds and 4-year-olds there so maybe next year will go better. 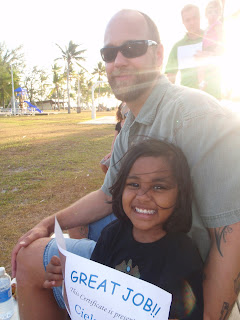