This week was a big one for the little kids on Kwaj and our boy Fire in particular.  He loves anything to do with fire trucks and fire fighters and both have been much more visible than usual during Fire Prevention Week.  The topic for the week in his preschool class was fire prevention and Fire got to bring his toy fire truck for show and share.  He got to sit in a fire truck, get fire-themed temporary tattoos and saw Sparky the Fire Dog twice.  Although the pictures below don't always capture it, having all these things happen in one week made for a very happy boy. 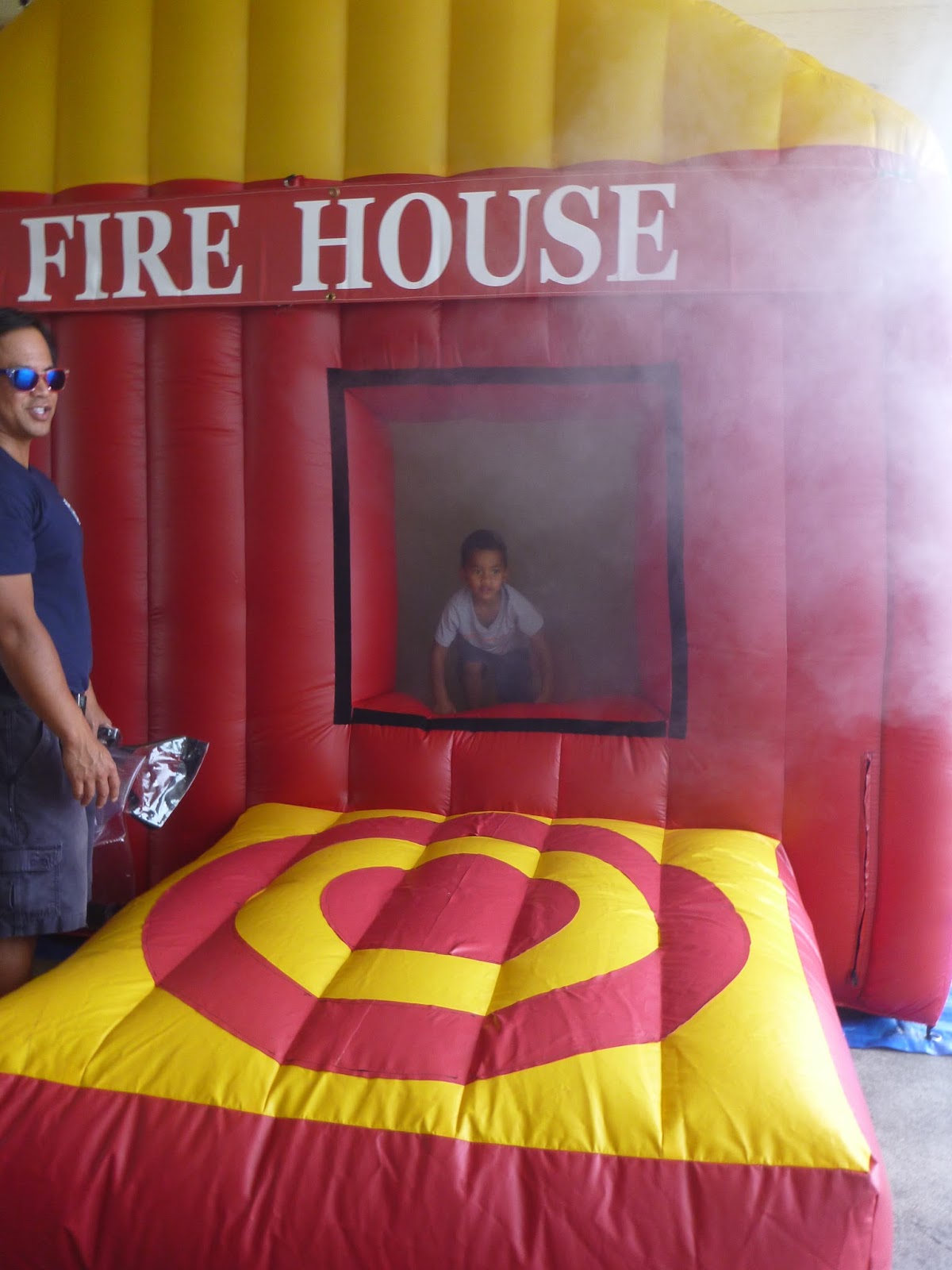 Escaping from the "Fire House" 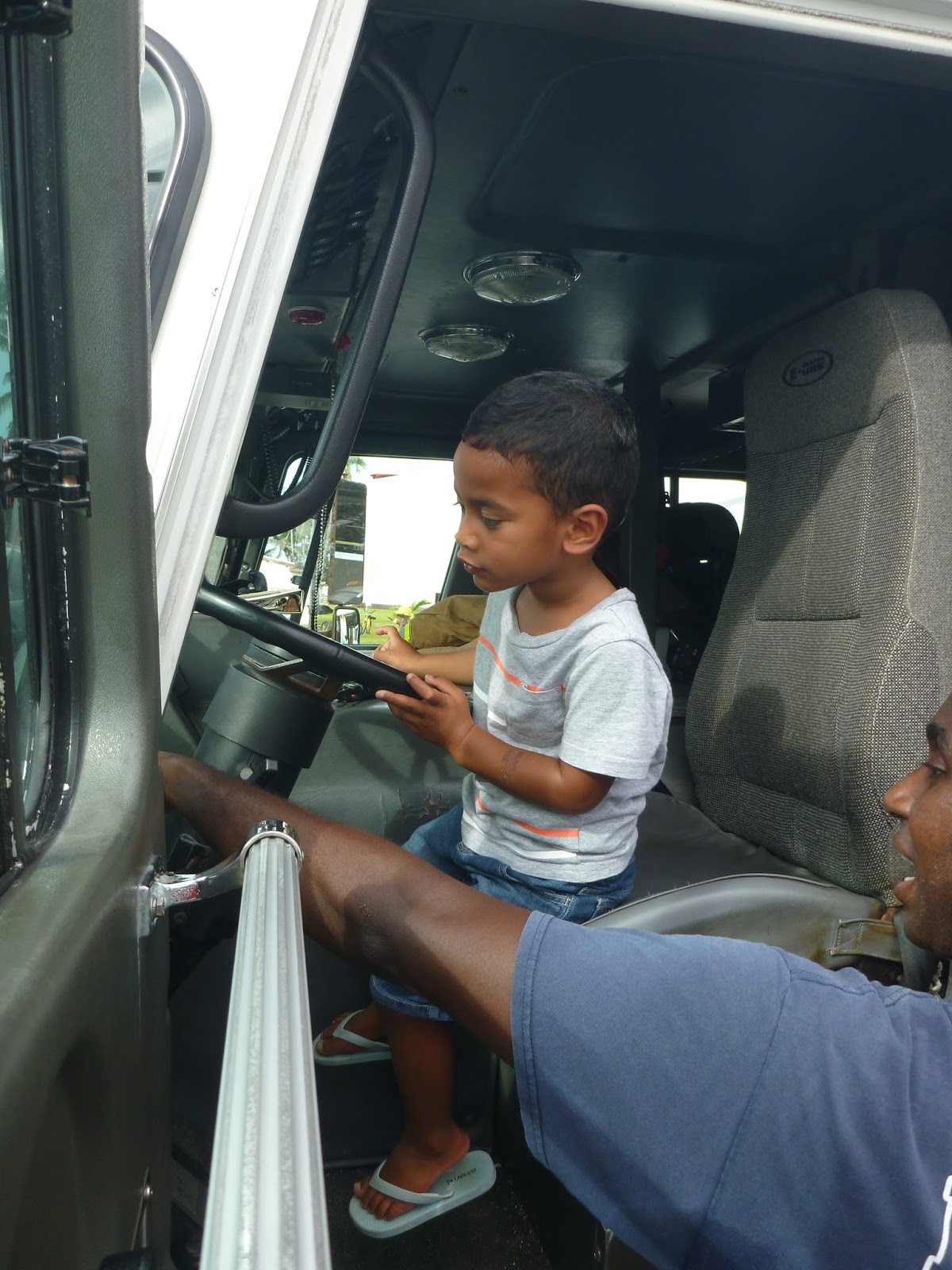 Checking out the cab of a fire truck 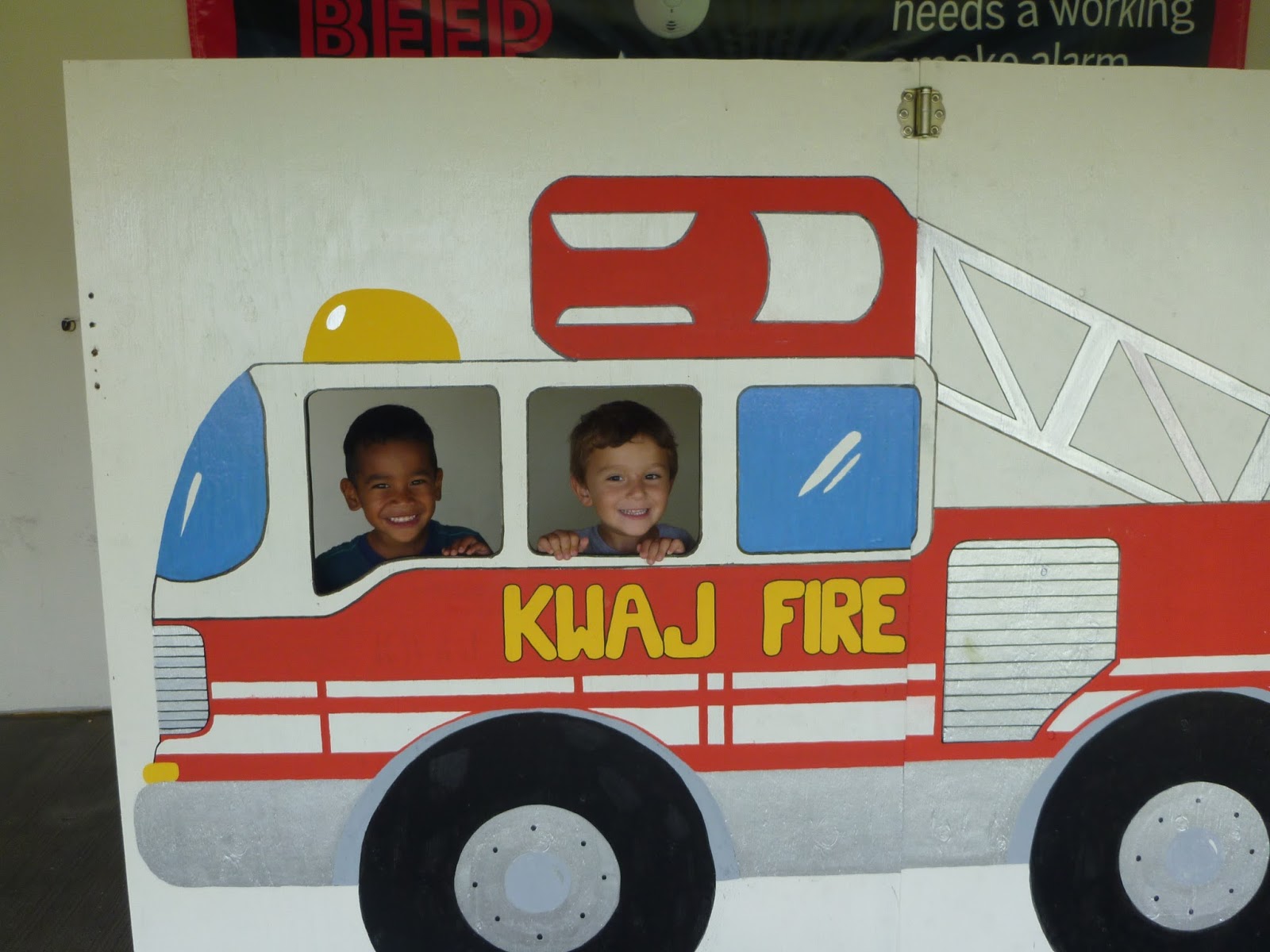 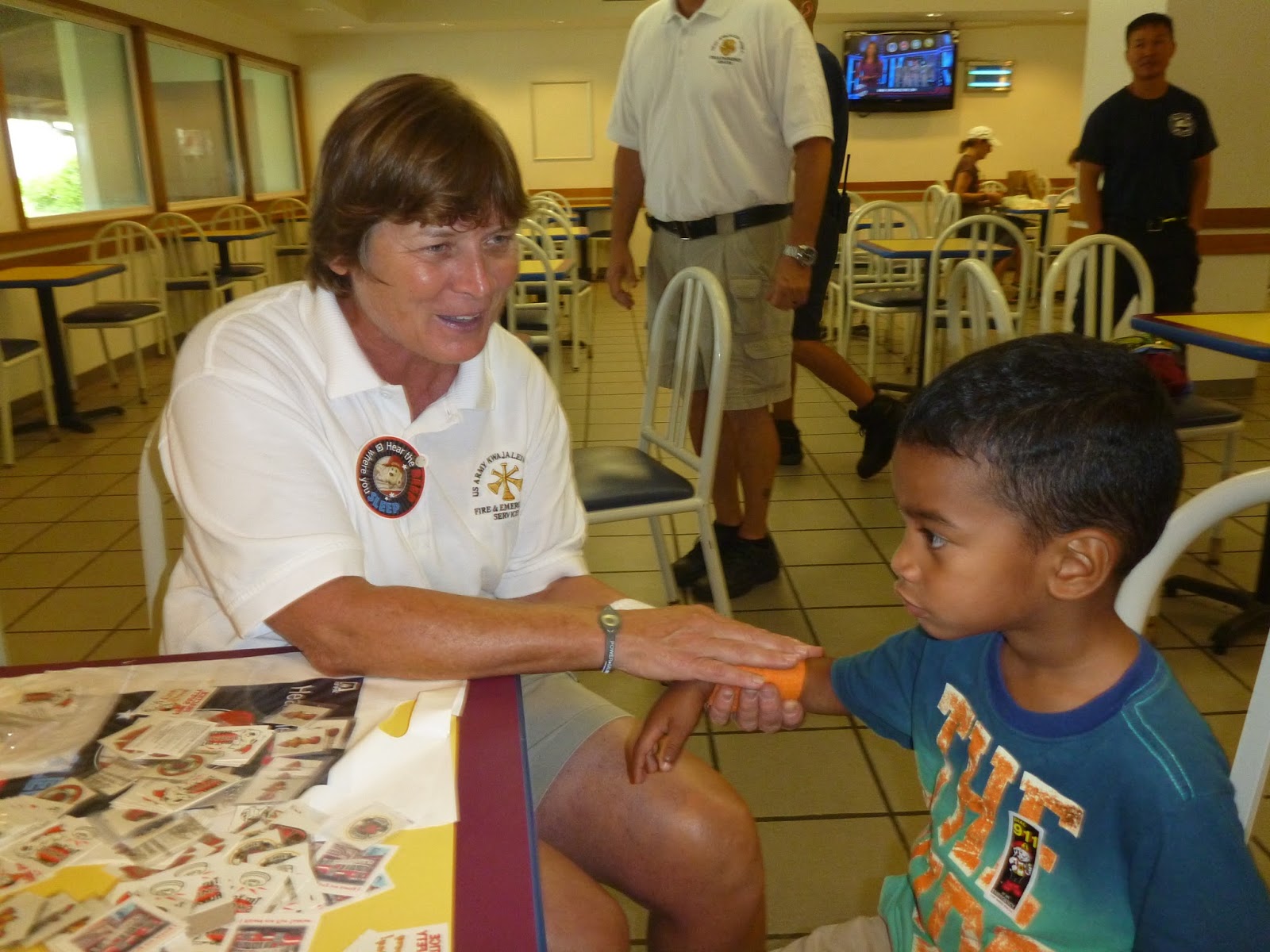 Fire can be so shy sometimes!  He really wanted a fire truck tattoo but he refused to look at the fire fighter while she put it on.  I promise he was having a good time! 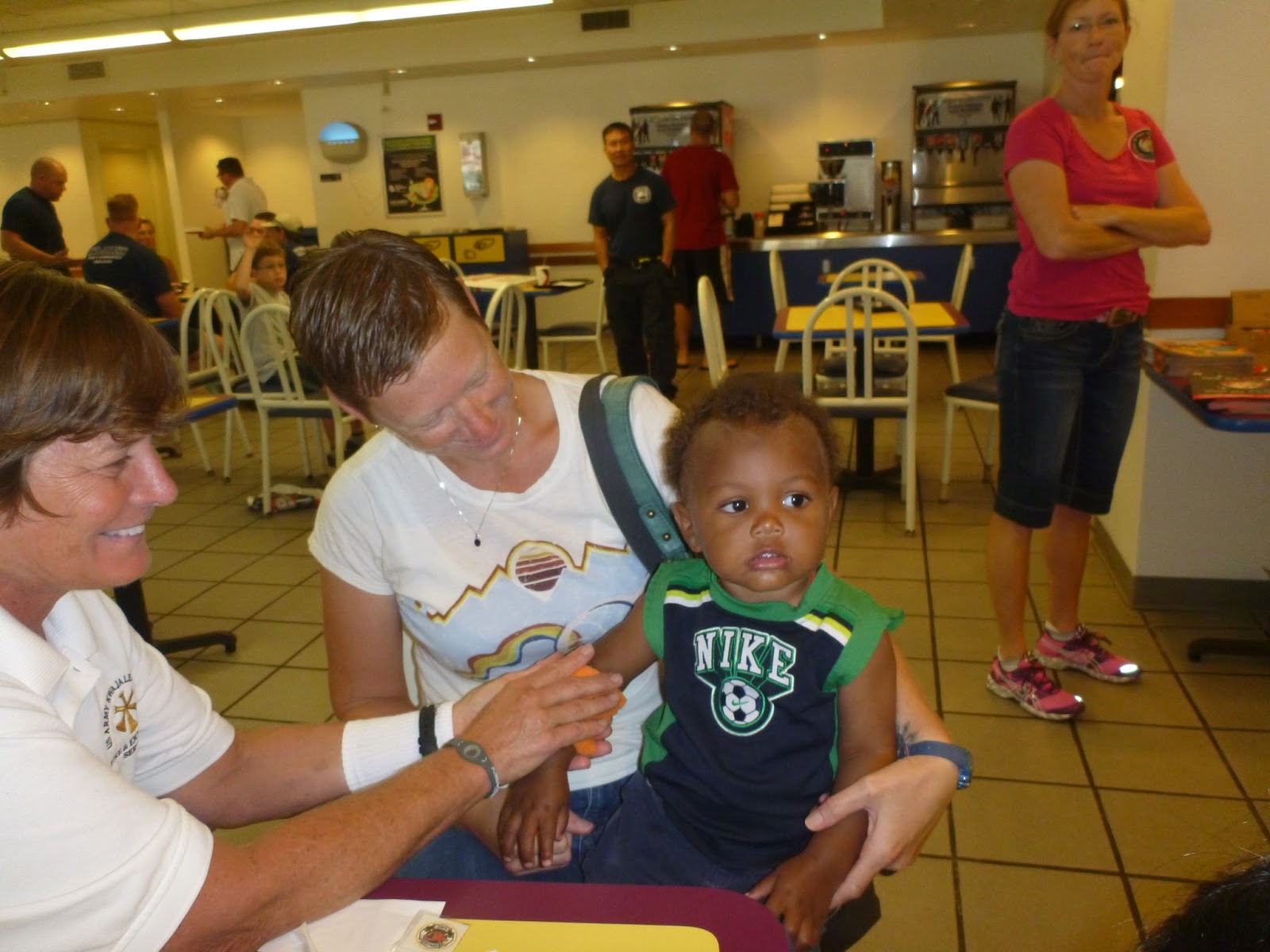 Water, on the other hand,  had no idea what was going on. 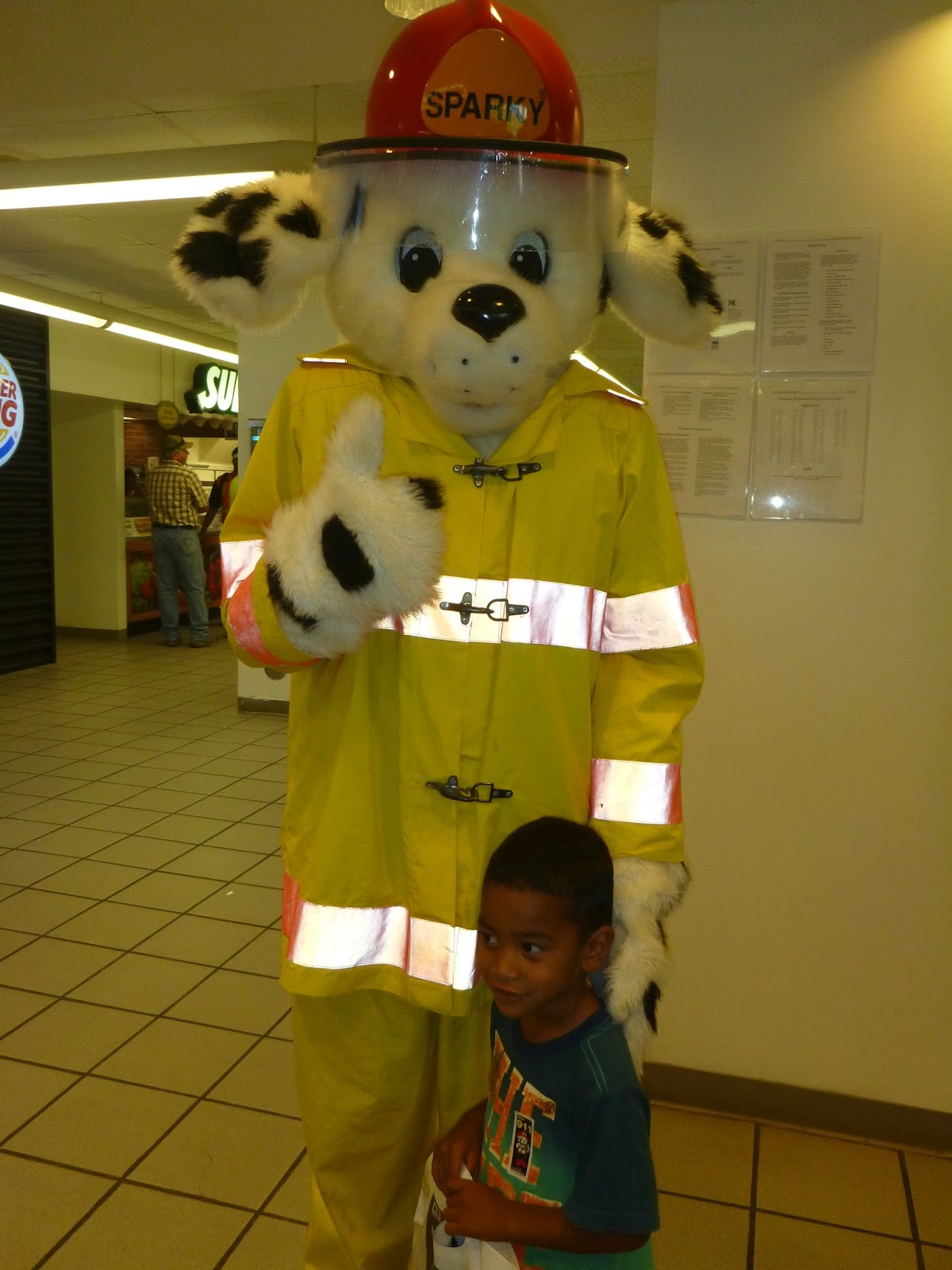 The big moment: a photo op with Sparky!