Camp Week One: Art and Soccer

We are two weeks into summer and the big kids just finished their first camp weeks.  Fire attended a soccer camp and Sky went to an art camp and they both loved them. 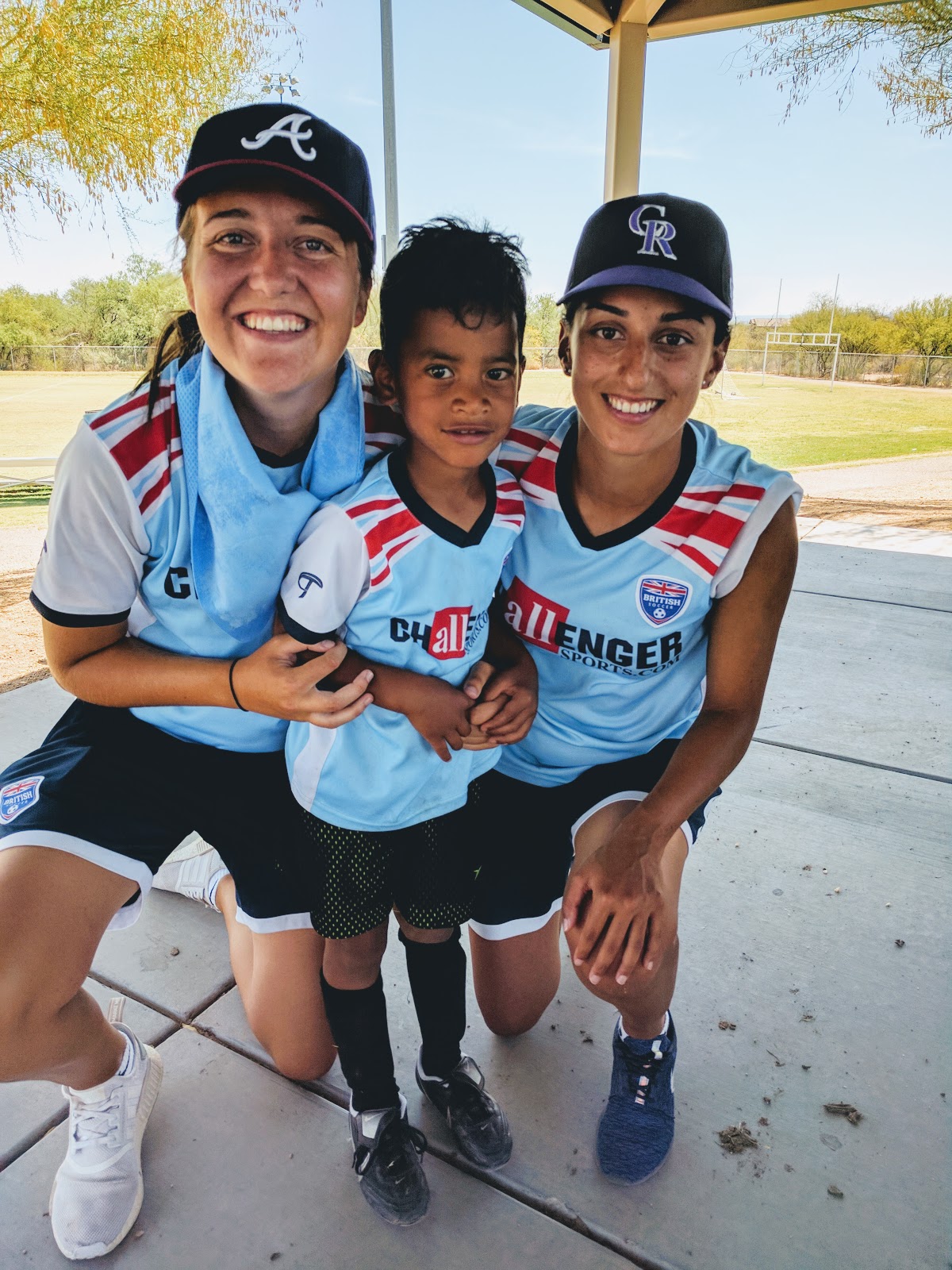 Besides being a camper, we were also a host family!  Two of Fire's coaches stayed with us for the week.  They were great with the kids and it was fun having two new personalities in the house. 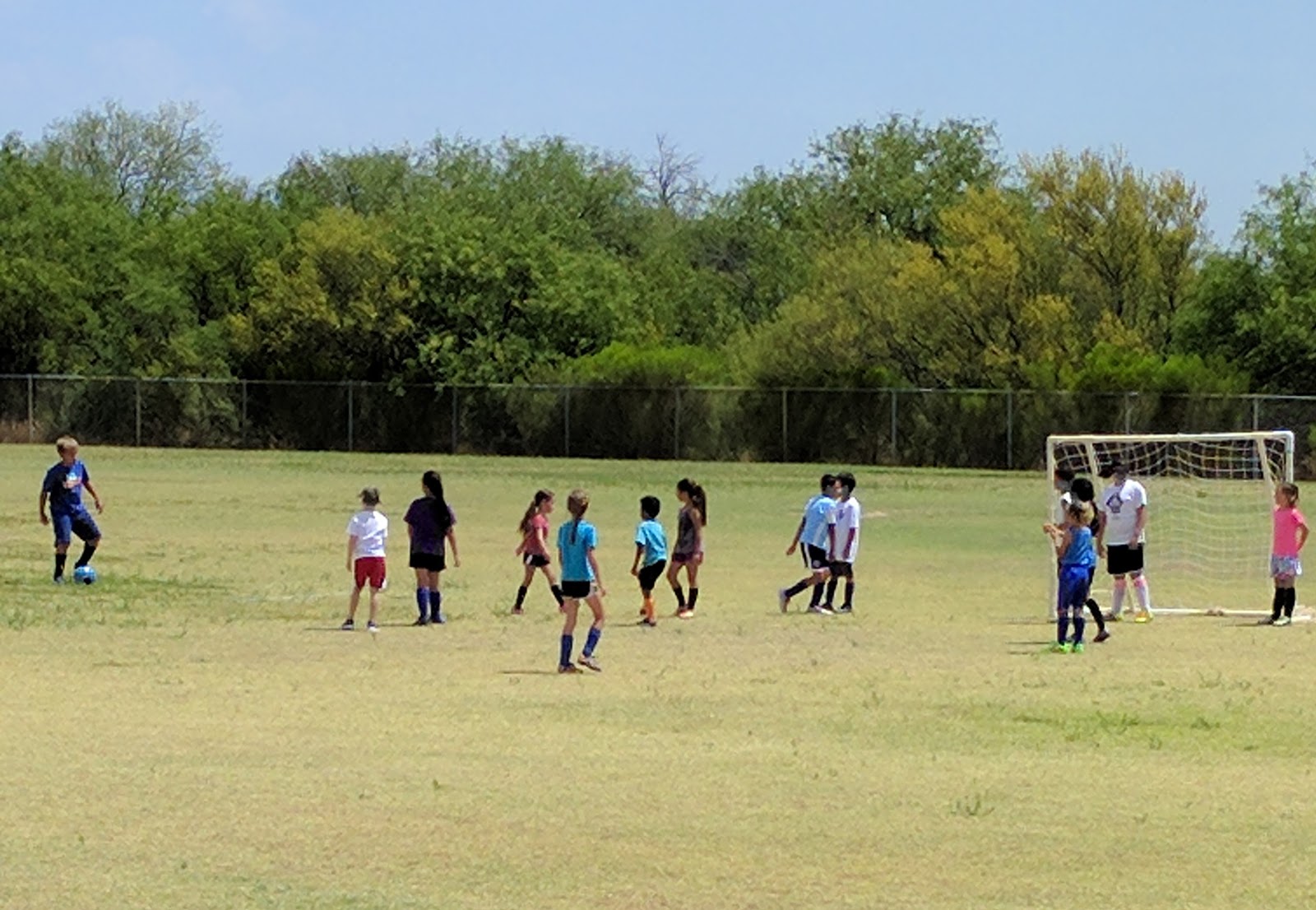 Unfortunately, these were the best pictures I was able to get of Fire's soccer camp.  He was good enough to be included with the older kids so he was playing across the field from the parking lots. Fire is in the orange socks. 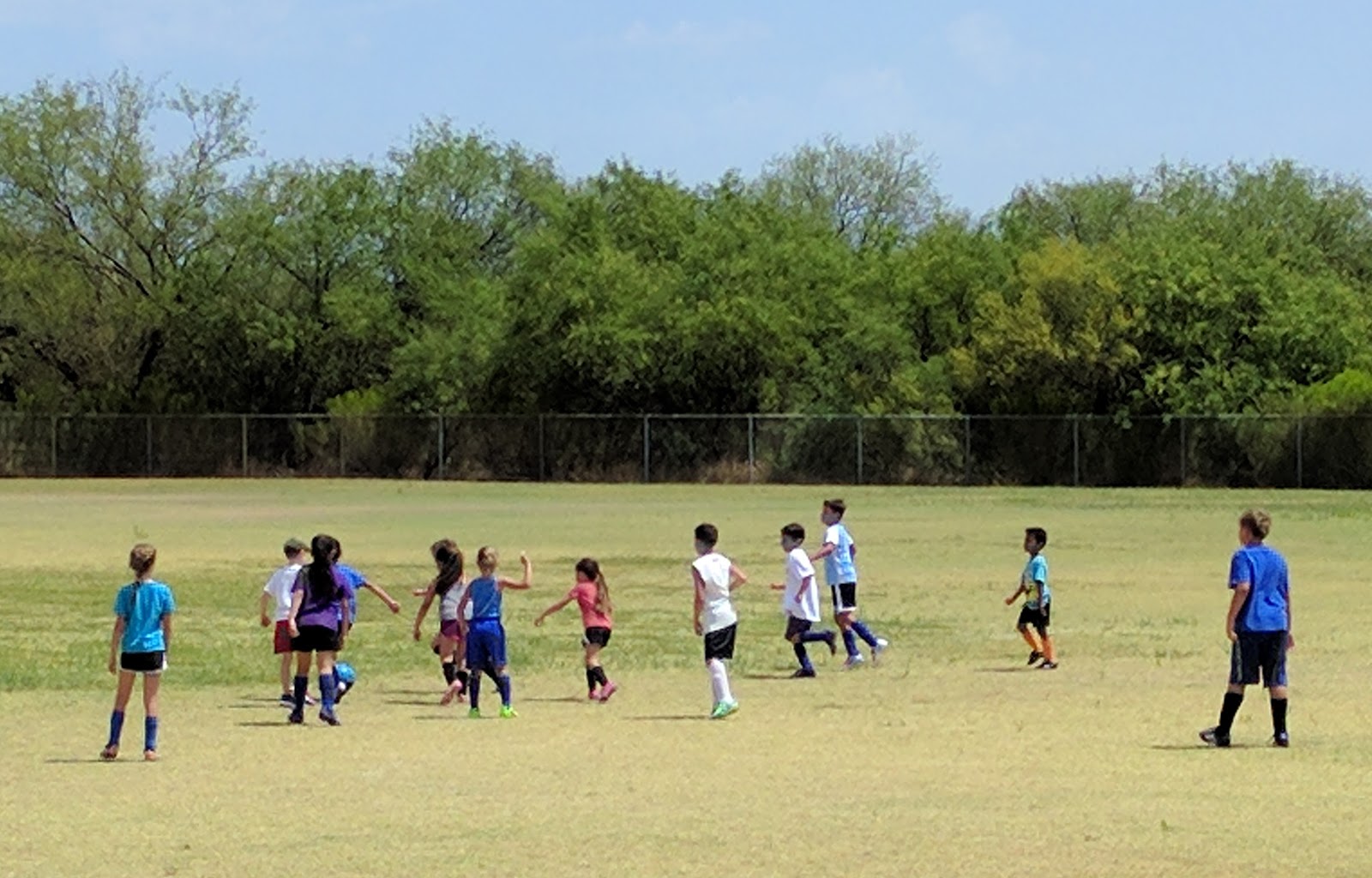 I was a little nervous when they moved him up to the main group that he wouldn't be able to keep up with all the bigger kids, especially since we'd just taken a few months off from soccer because Fire said he wanted a break, but he did great.  Every time I was able to watch he was engaged in the game and getting after the ball. 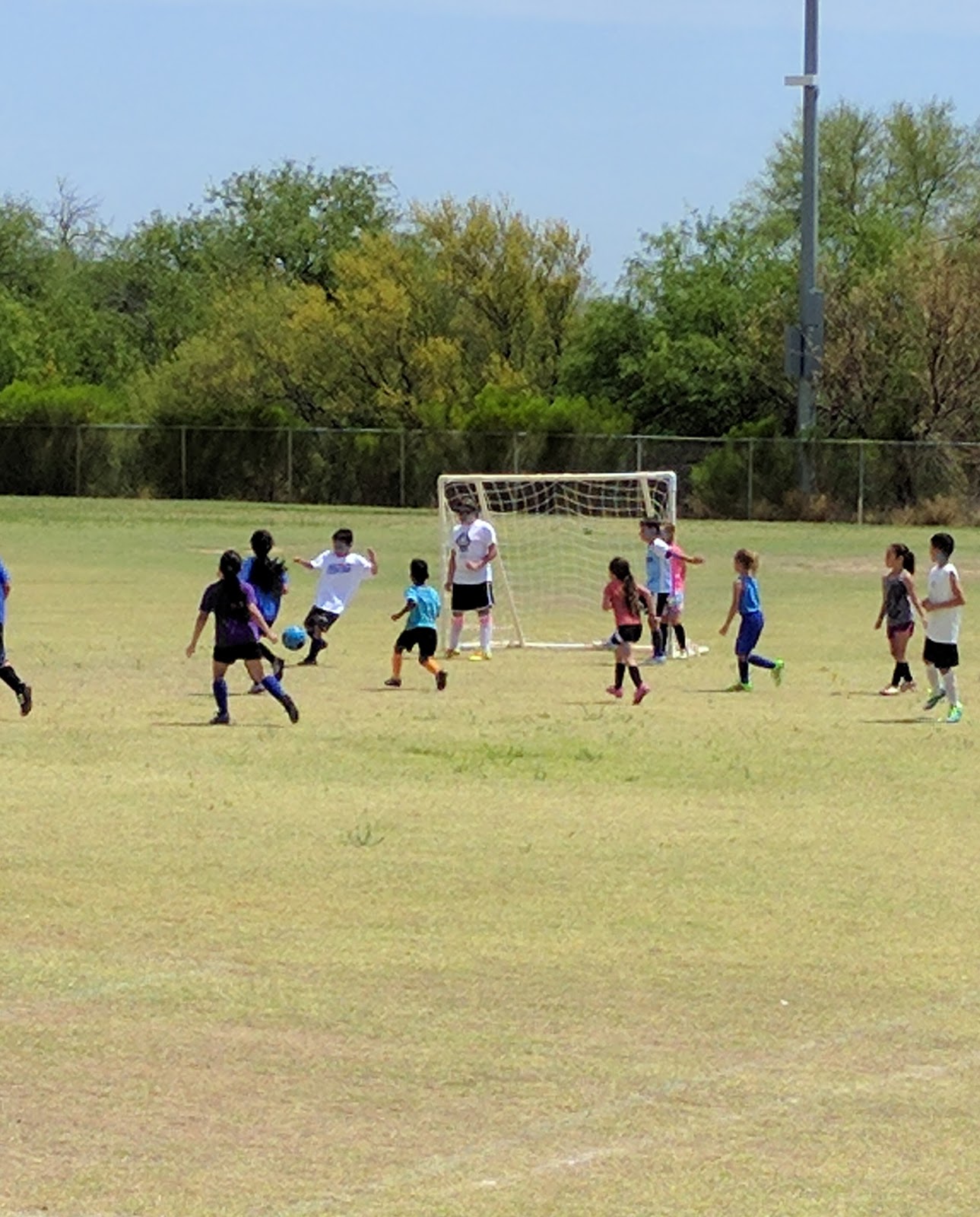 Sky's art camp was something new for us.  I looked into it last year but it didn't work with our schedules.  Things lined up this year and she had a great time.  Sky loves to make art but since it's not offered at her school (don't get me started!) and it's hard to do involved projects at home with busy little brothers, she doesn't get to make much real art.  This camp was great for her because she made lots of different projects and got to spend real time on them.
At the end of the week there was a little art show and we got to see Sky's work: 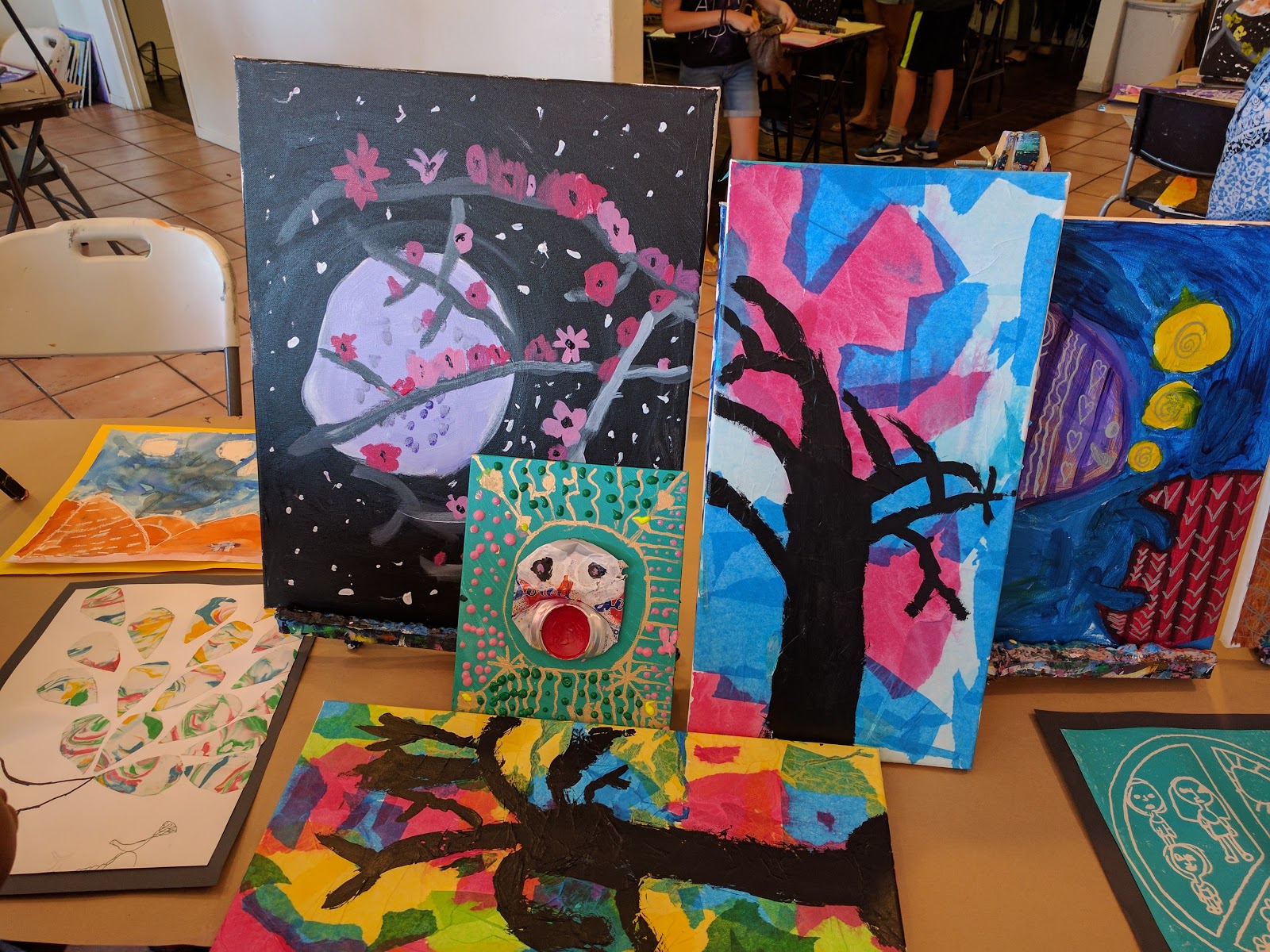 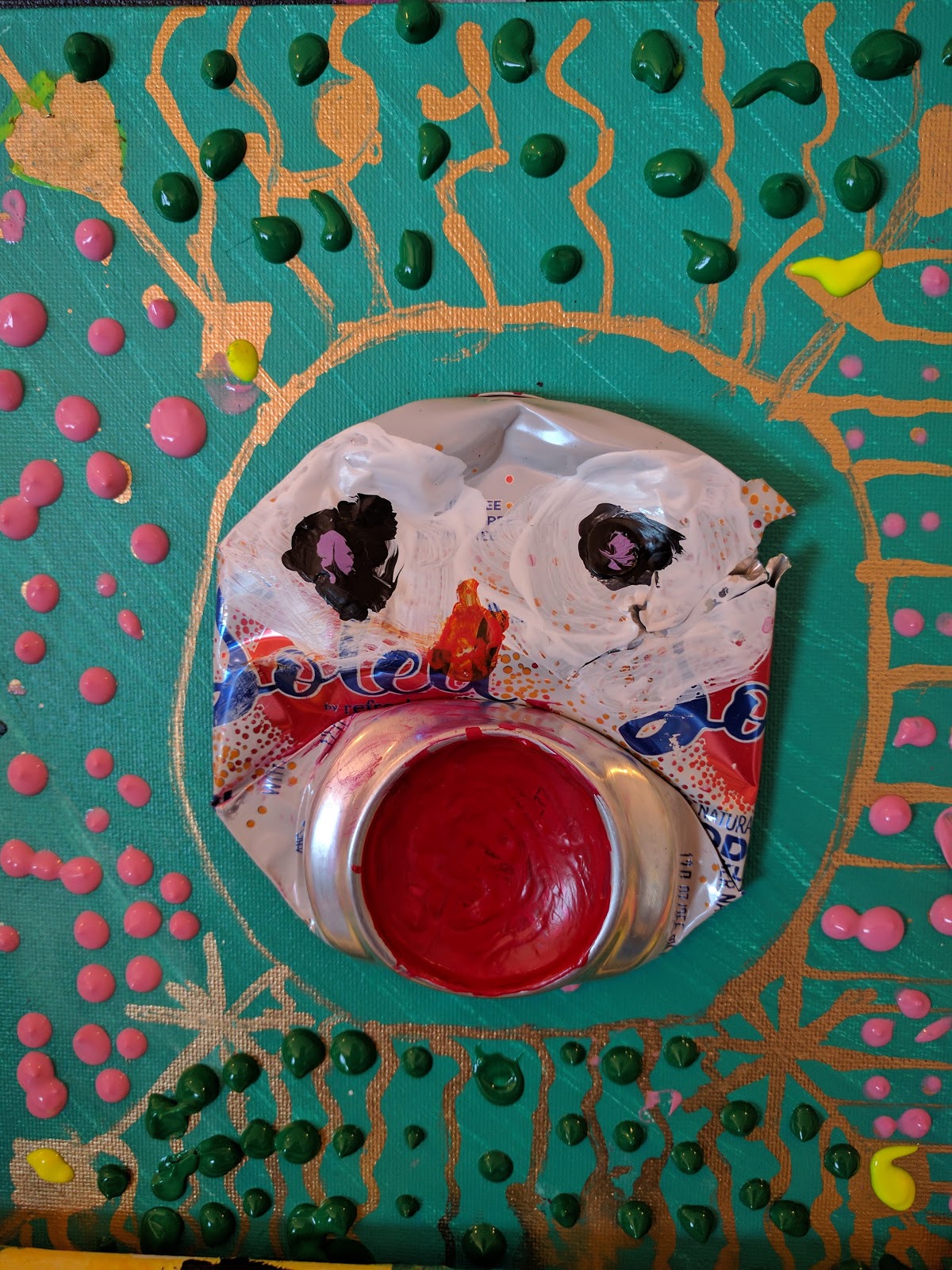 I can't say enough about how well Sky is doing these days!  One of the best examples came out of her art camp- Sky made new friends!  To some of you, that may not sound like a big deal but it is for her.  She can be very shy in new situations, almost to the point of hiding, and doesn't always respond when other kids try to engage her, so for her to have made two new friends in an entirely new place in one week is amazing.  I was so proud of her when she told me!  Sky is really coming into her own and it's wonderful to see her blossom. 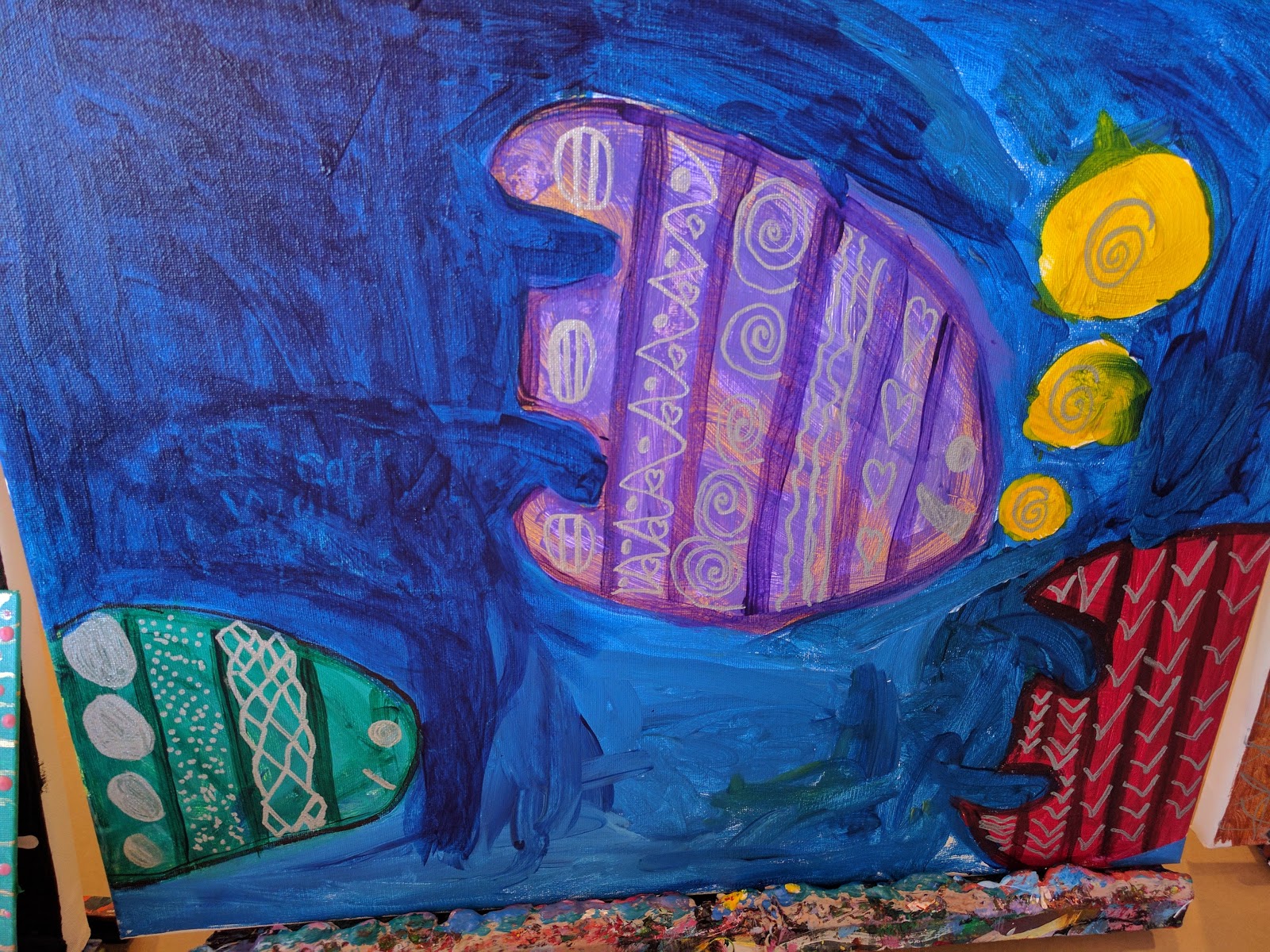 Our next round of summer camps is in July.  Fire will be attending a super hero camp with one of his best friends and Sky will be doing a week at a local day care with one of her best friends.  Between now and then we have a few slow weeks, a vacation bible school week at our church, and visit from my mom.
It's shaping up to be an amazing summer so far!  How is yours going?
Labels: Family Fire Sky Tucson