Kids, Toys, and the Inevitable Mess 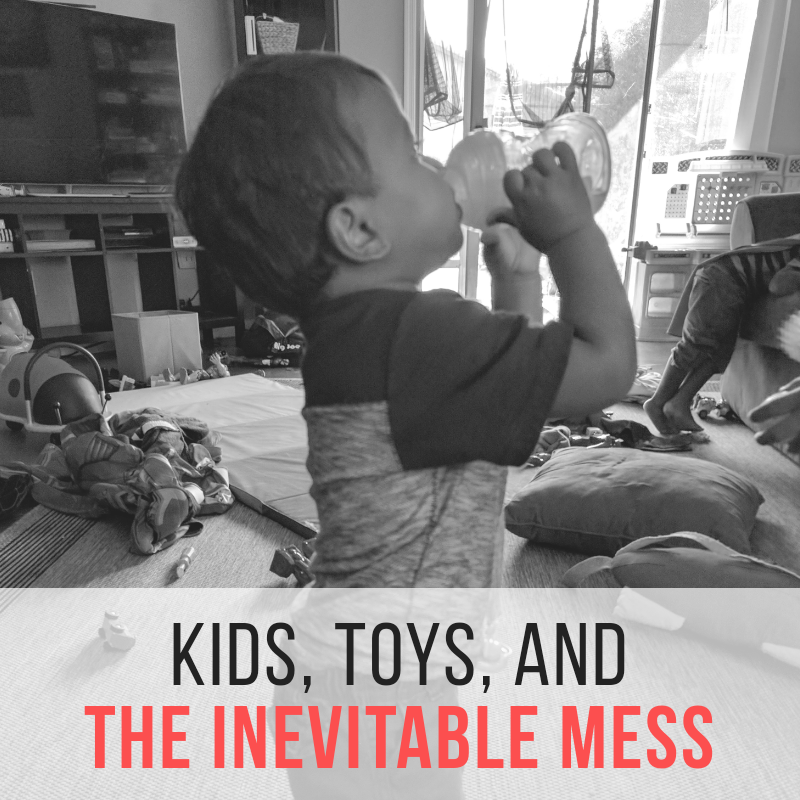 It's almost as certain as death and taxes, at least in our house: kids have toys, kids play with toys, kids toys turn into a mess.  What's the best way to handle it?  Do you create a special place for your kids toys to live and have them play there, possibly away from the rest of the family, or do you have the mess and chaos of toys in your living space and have your children nearby?

For most of our family's time together, having a play room wasn't even an option- our houses were just too small.  That meant that the toys were in the living room and it usually looked like this: 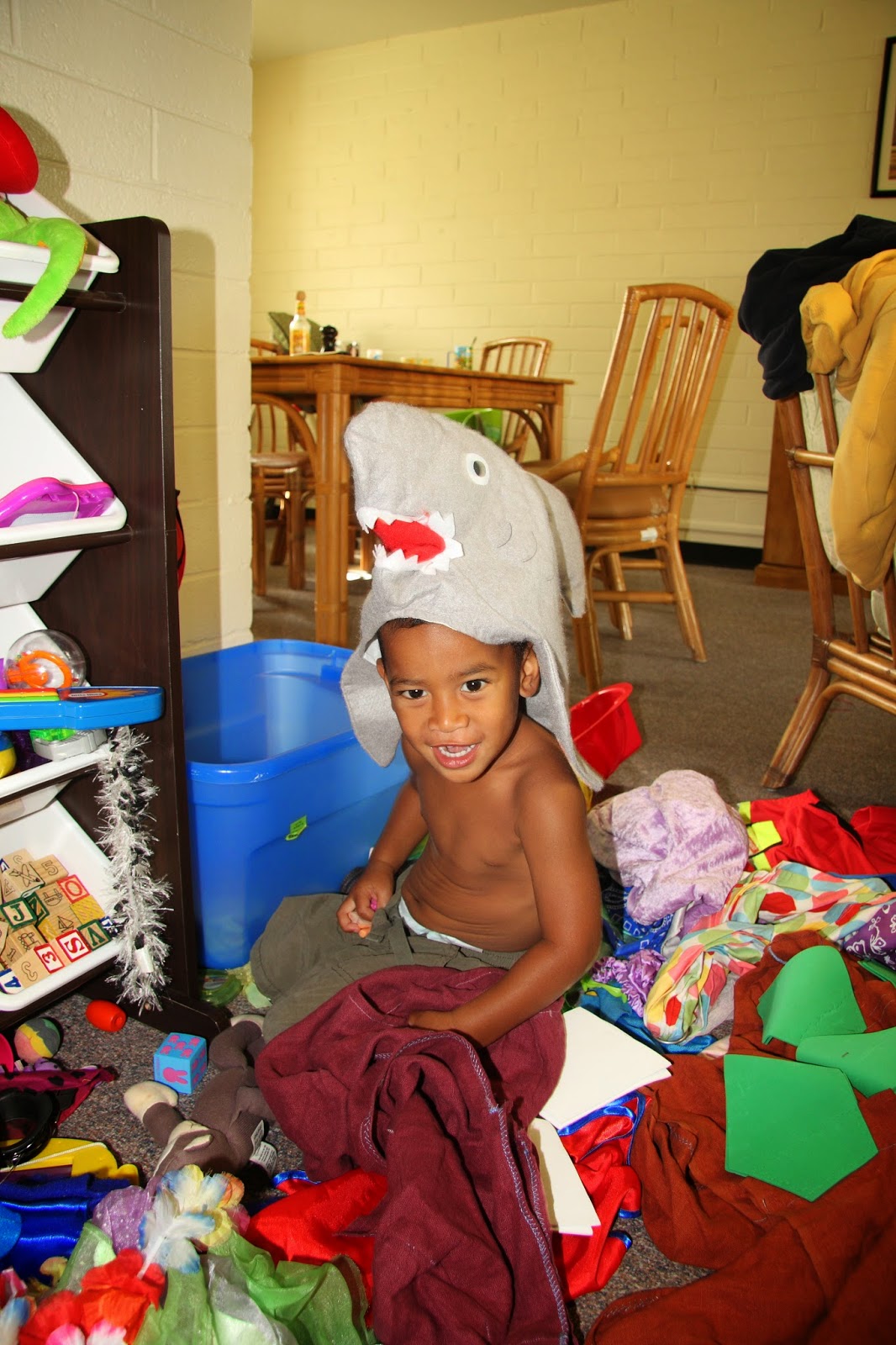 Toys were just dumped out of bins and if one really did get played with, it never got cleaned up.  When we were looking at houses in America, one of my main requests was that we have the space for a play room.  The house we ended up buying had four bedrooms and two living areas- a big step up in terms of space from our houses on Kwajalein.  Unfortunately, with Earth being such a sensitive sleeper, he needed his own room until recently so that he could sleep through the night.  With all four bedrooms taken, the toys and play space were in the living room again 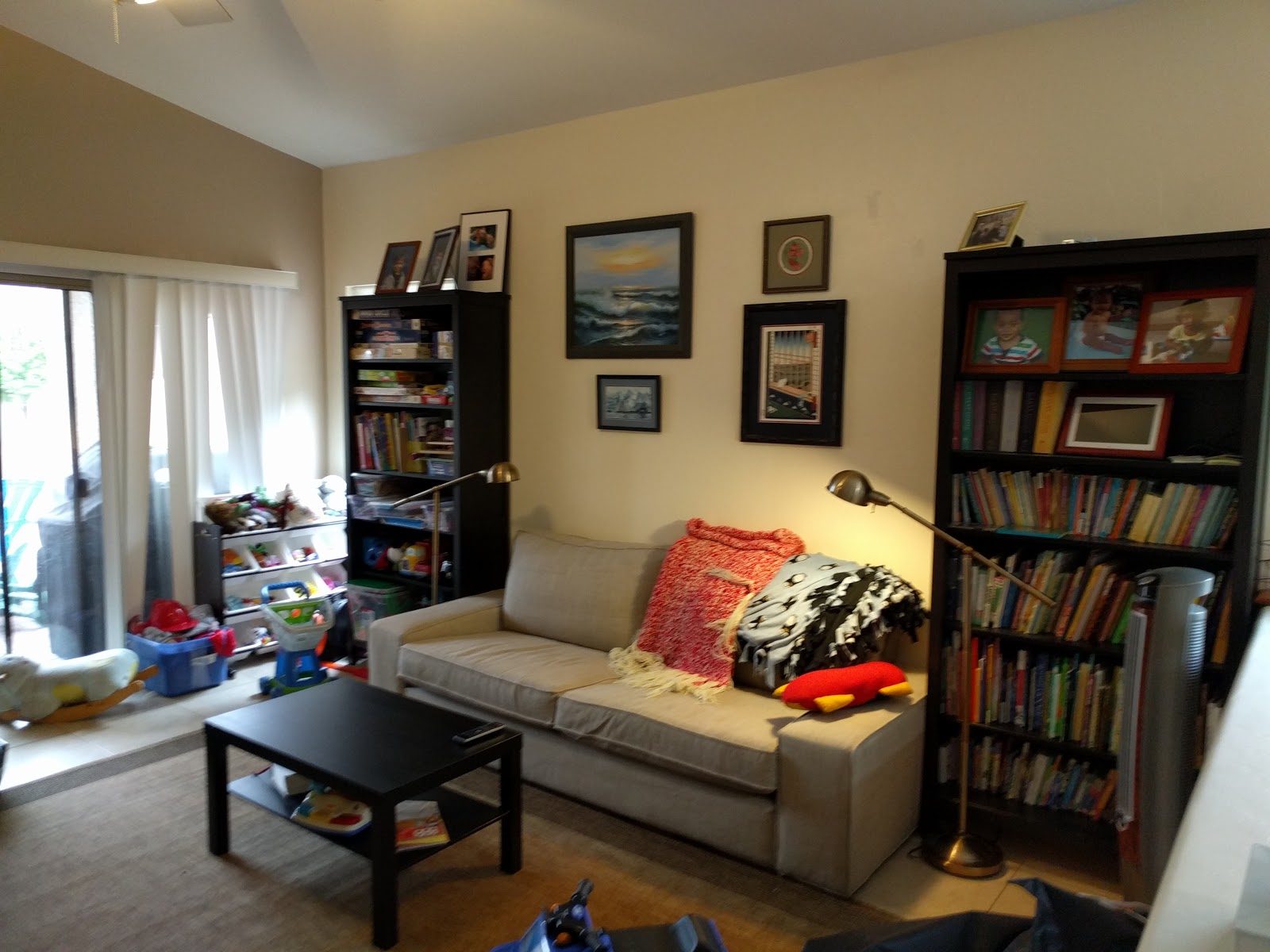 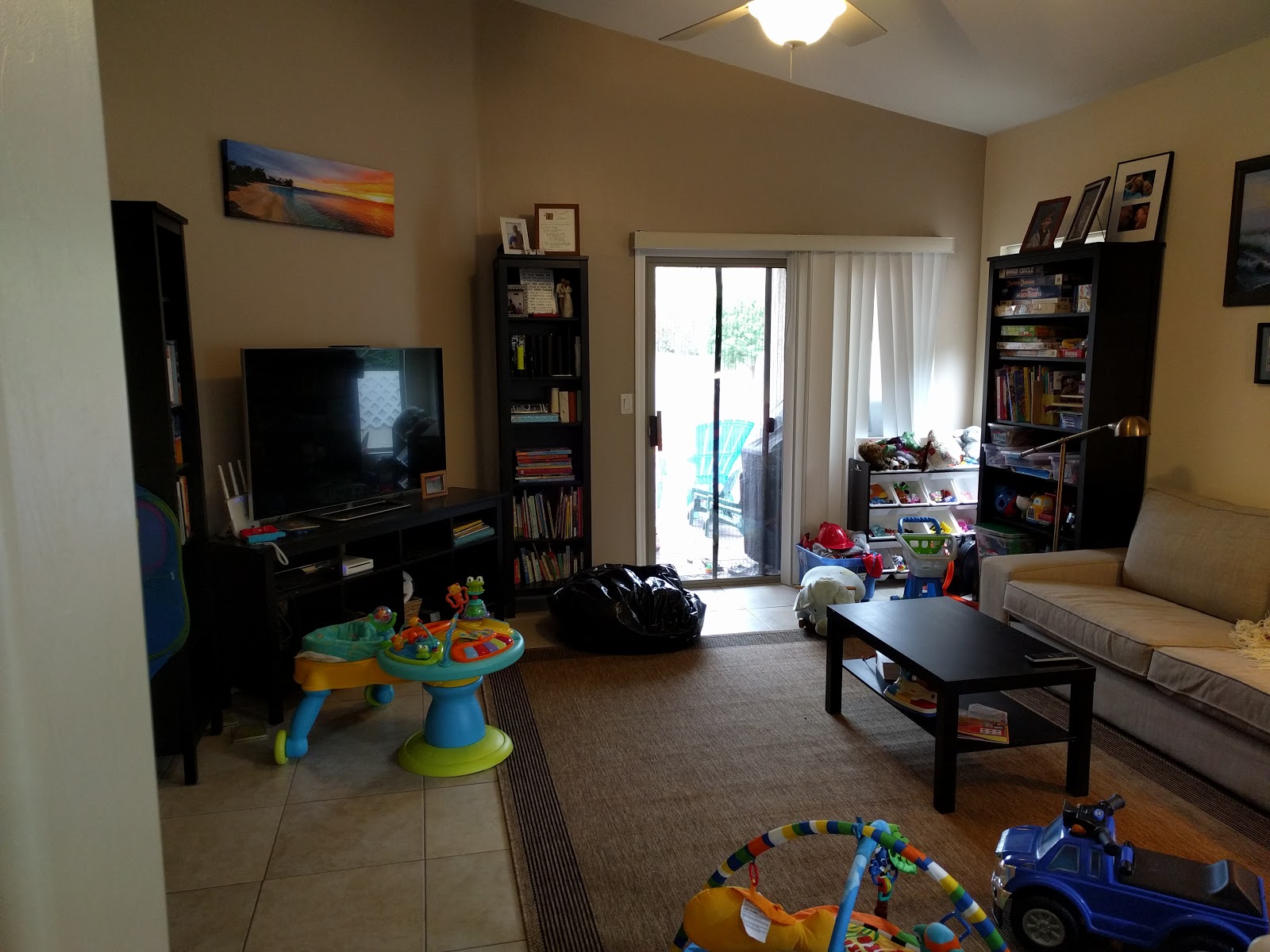 and even after the renovation, we still couldn't seem to move the toys out or keep them cleaned up: 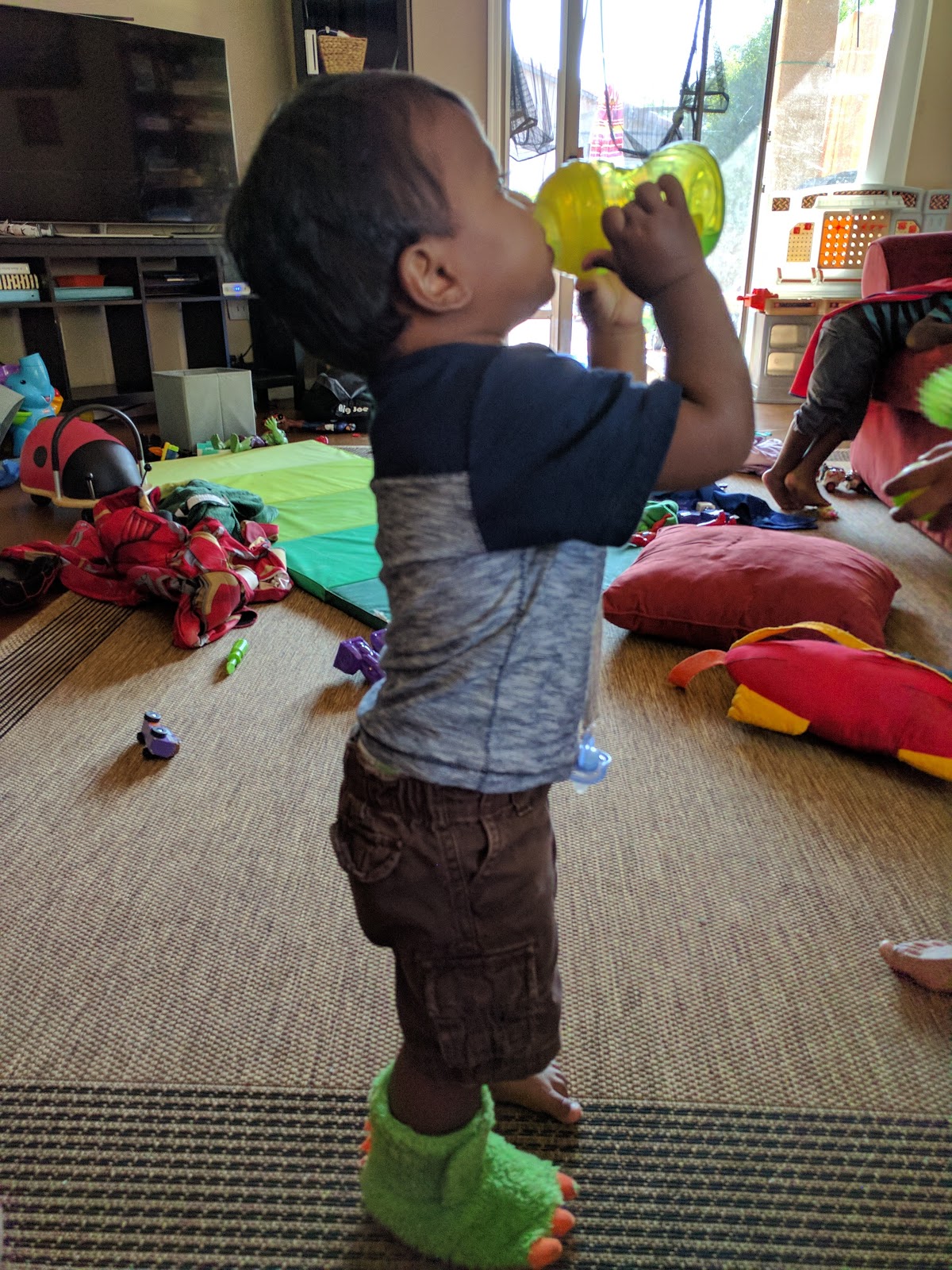 Which brings us to now.  Earth is out of his crib and is sleeping in the same room as Fire and Water.  Even though we finally had an open room, I wasn't sold on the idea of having a playroom.  While I don't like having to see the constant mess of toys, I didn't want to banish the kids out of the main living space.  D eventually convinced me to give it a try, reasoning that we can always bring the toys back out if having a playroom doesn't work for our family.
The first step was to move the boys into the biggest bedroom, the one that had been Sky's.  The boys picked a rich green as their room color so I used it for an accent wall and painted the rest of the walls white: 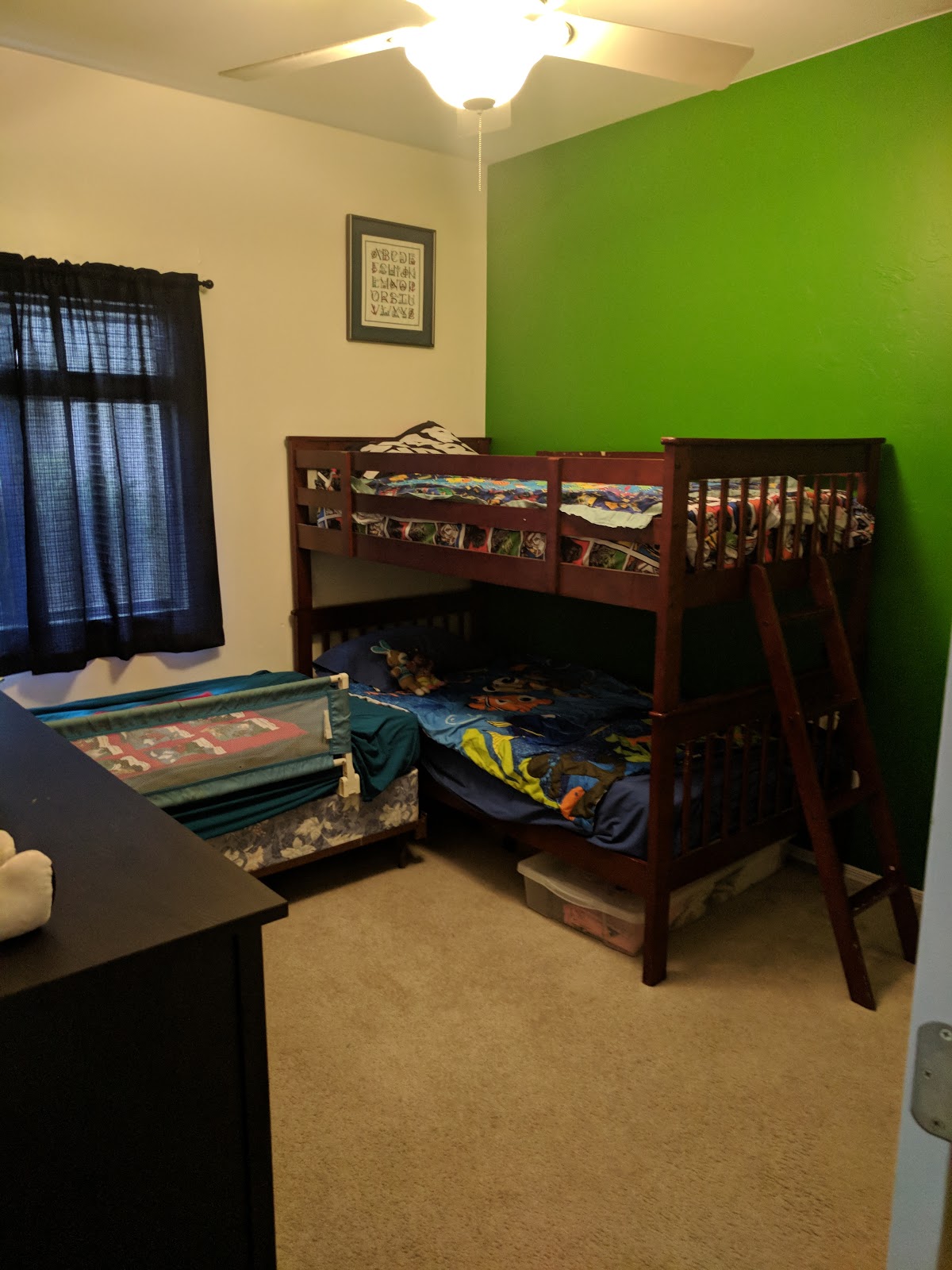 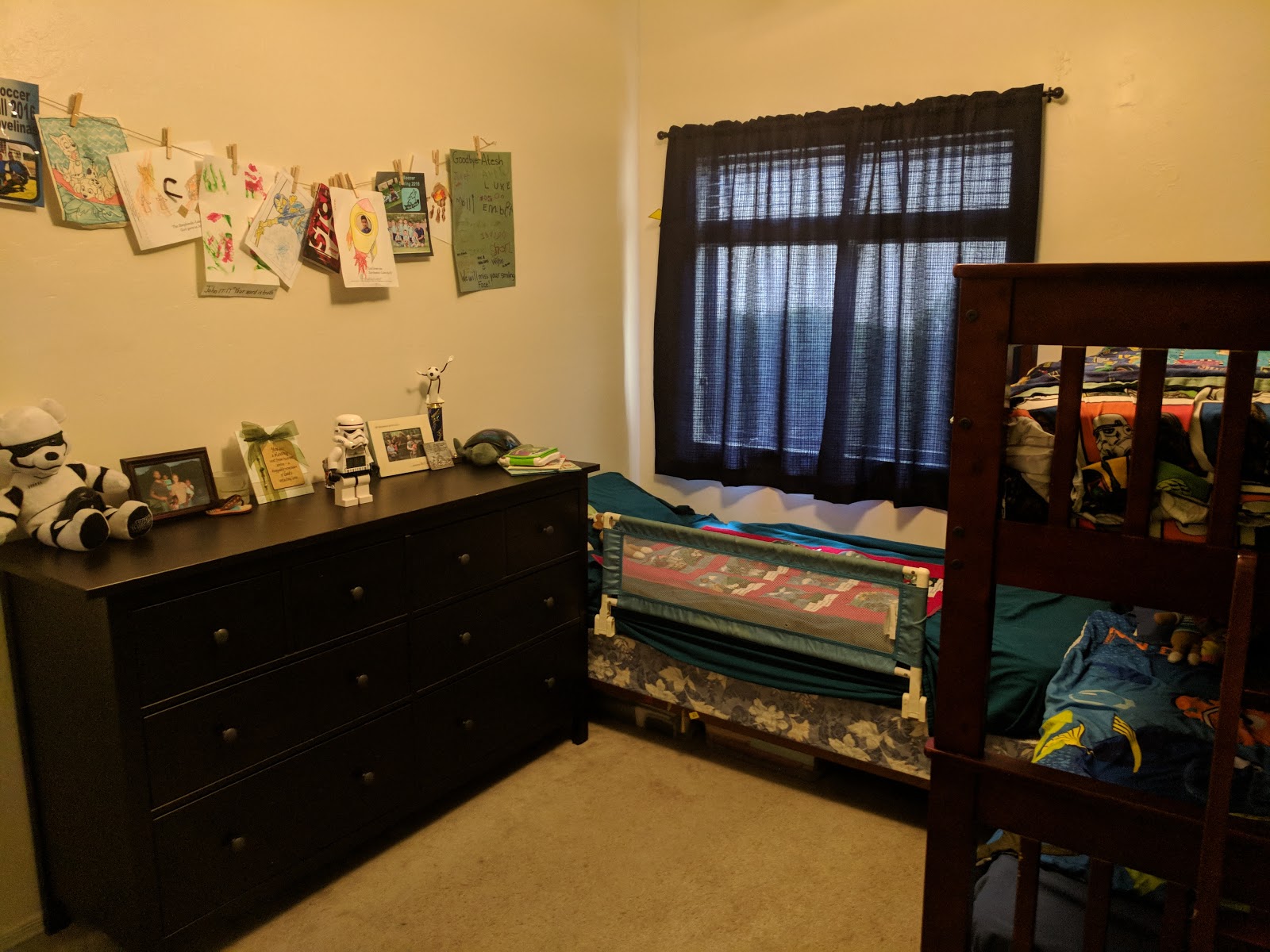 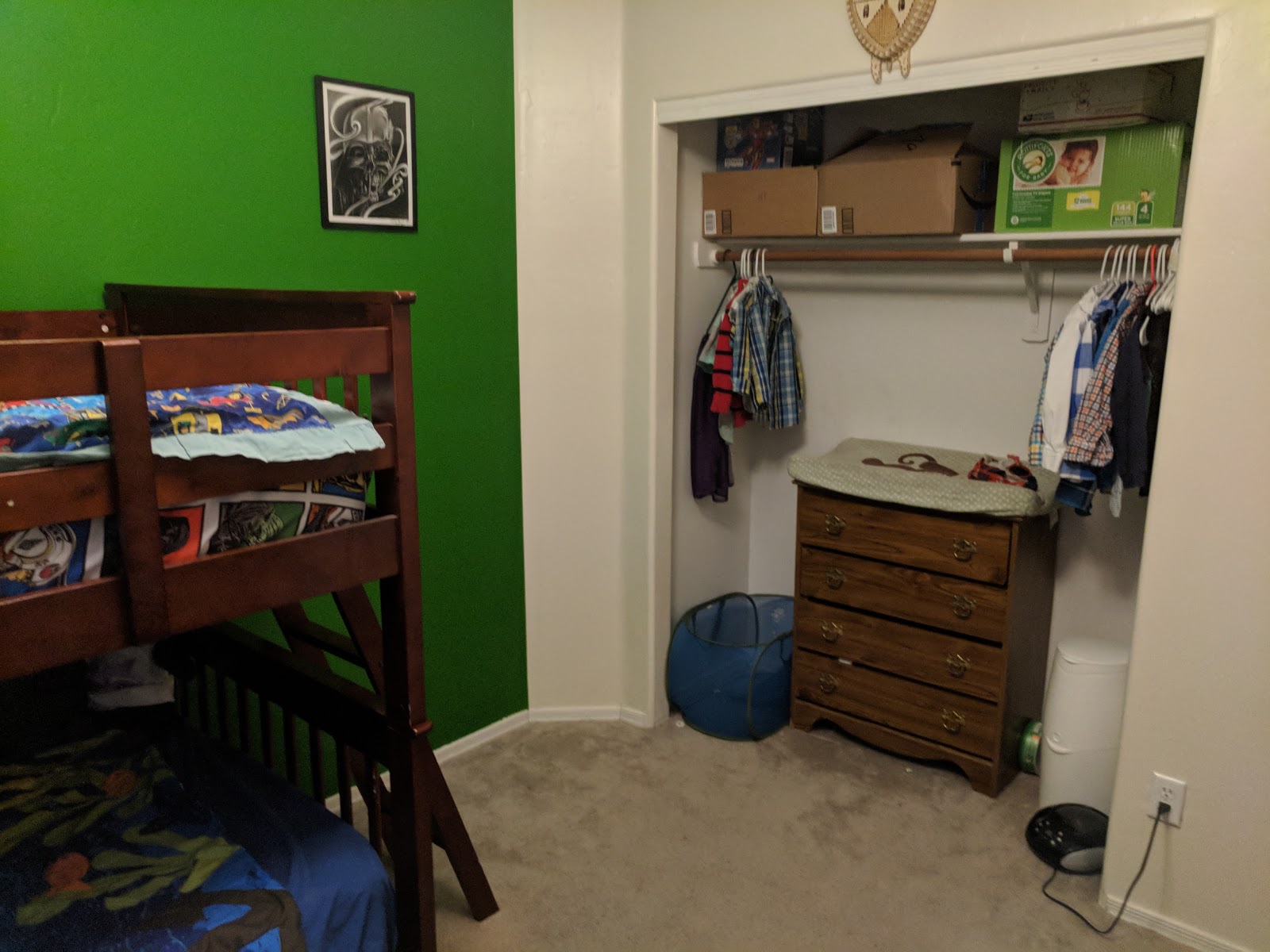 Then I painted Sky's room a sweet, beachy blue-green: 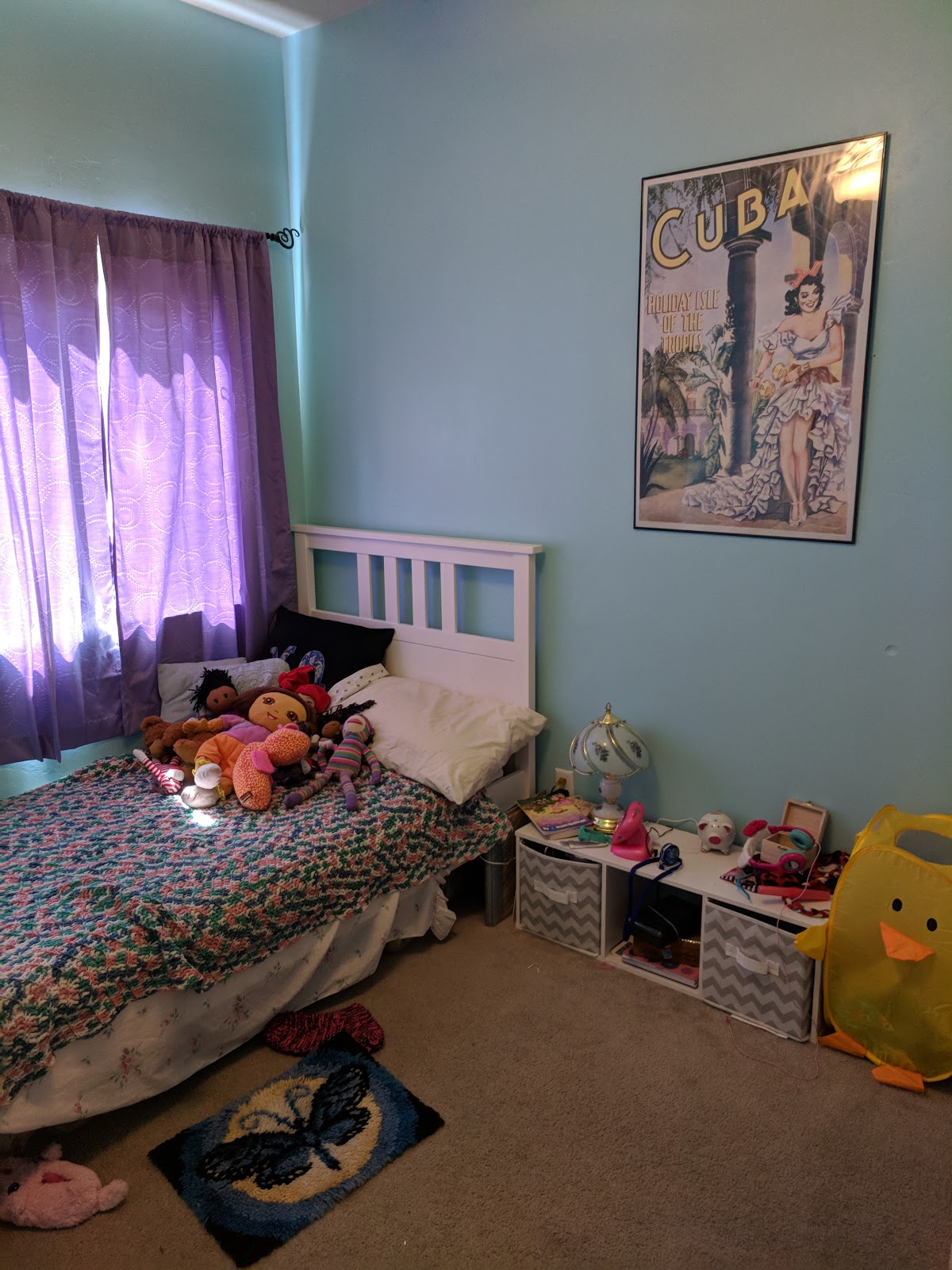 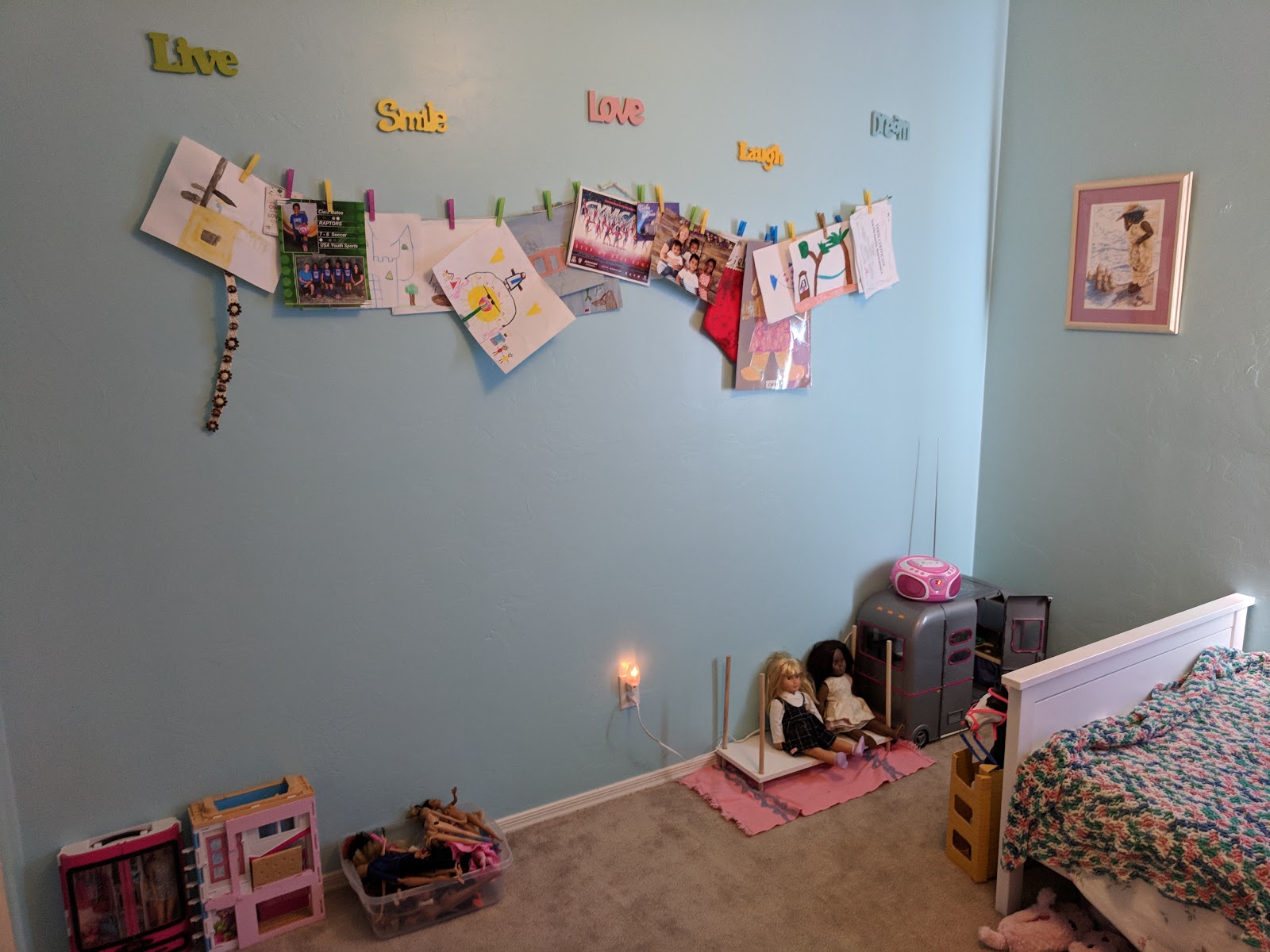 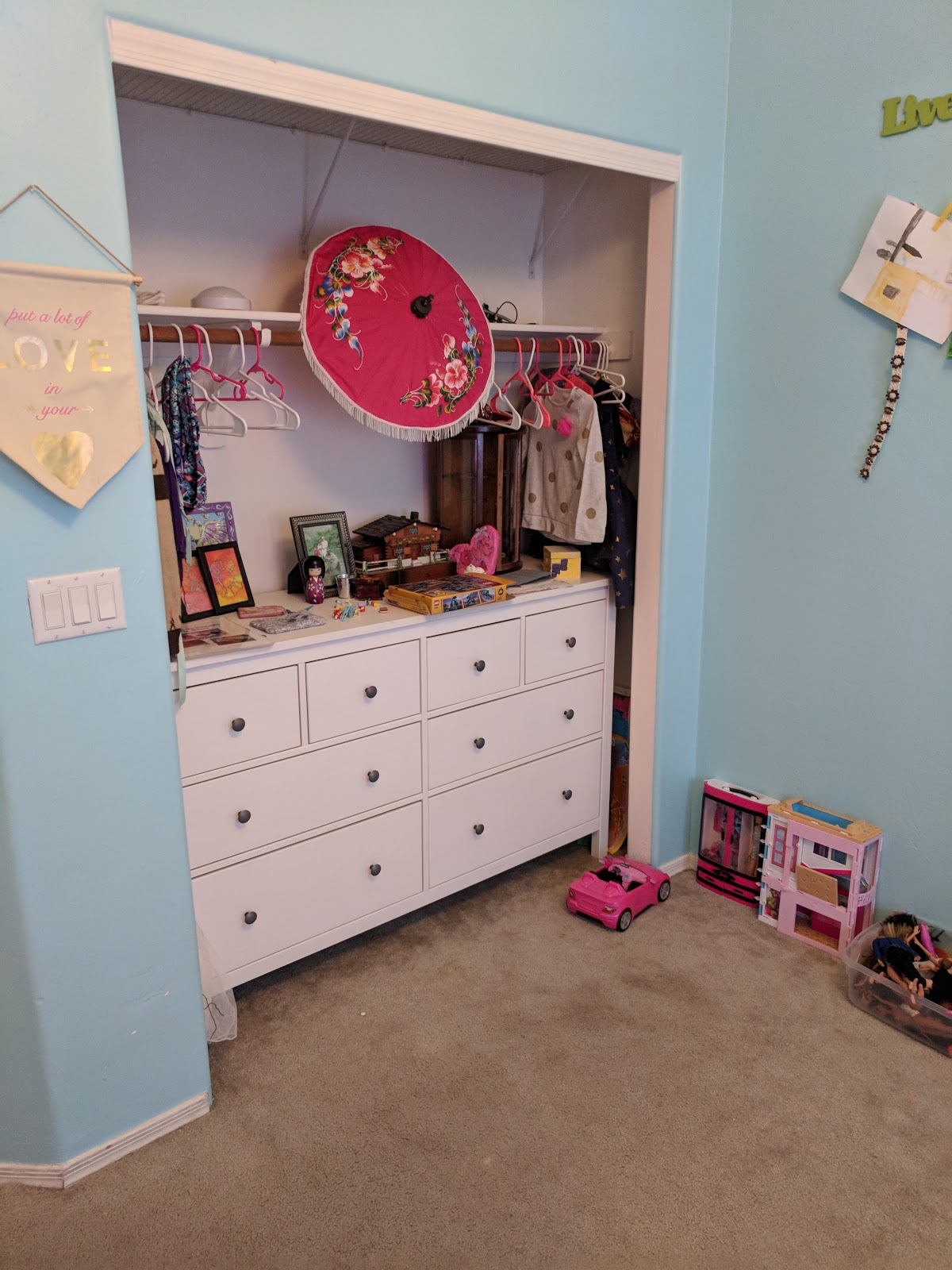 We moved a bookshelf from the living room into the playroom, bought a storage cube and moved the toys in: 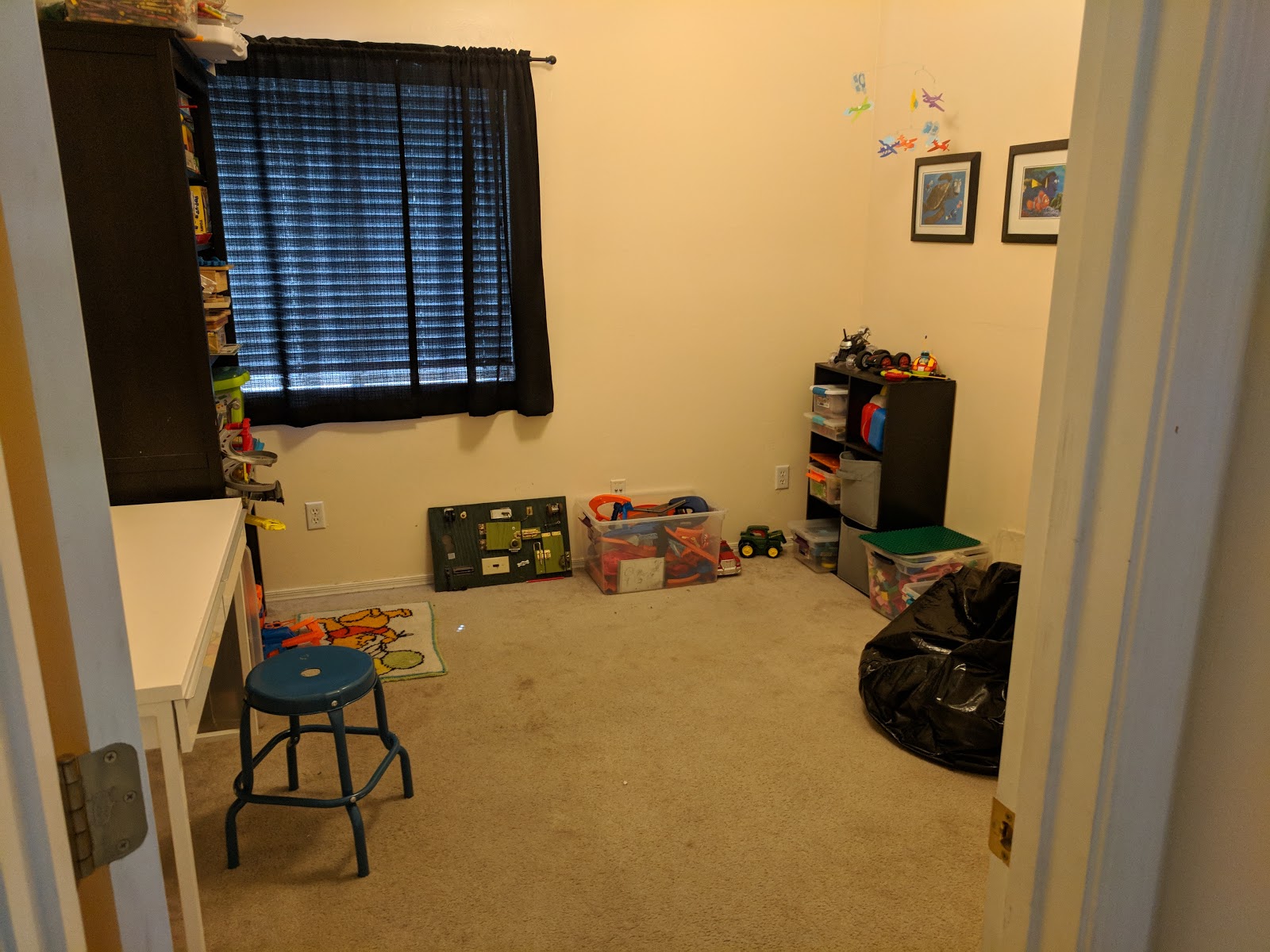 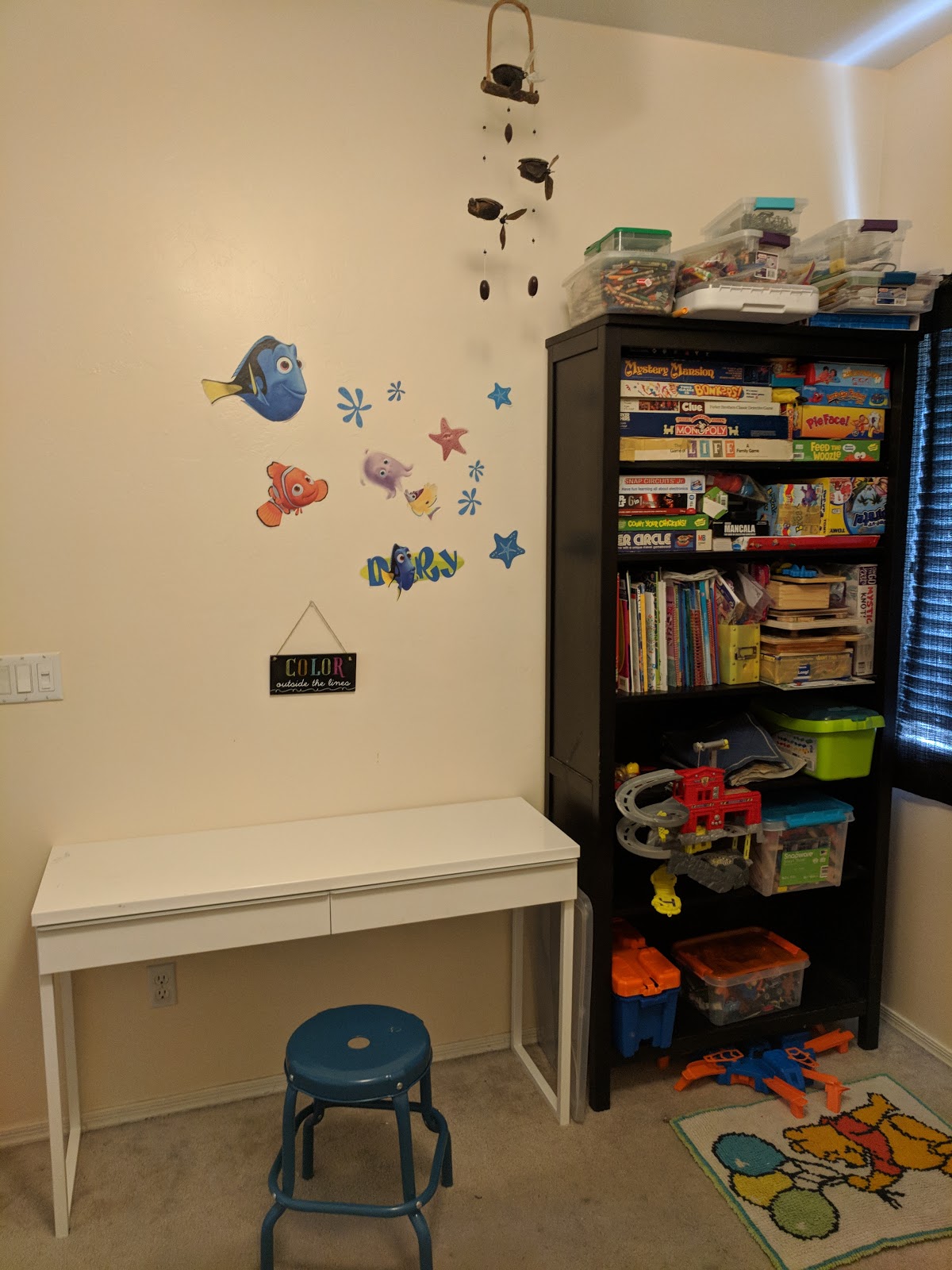 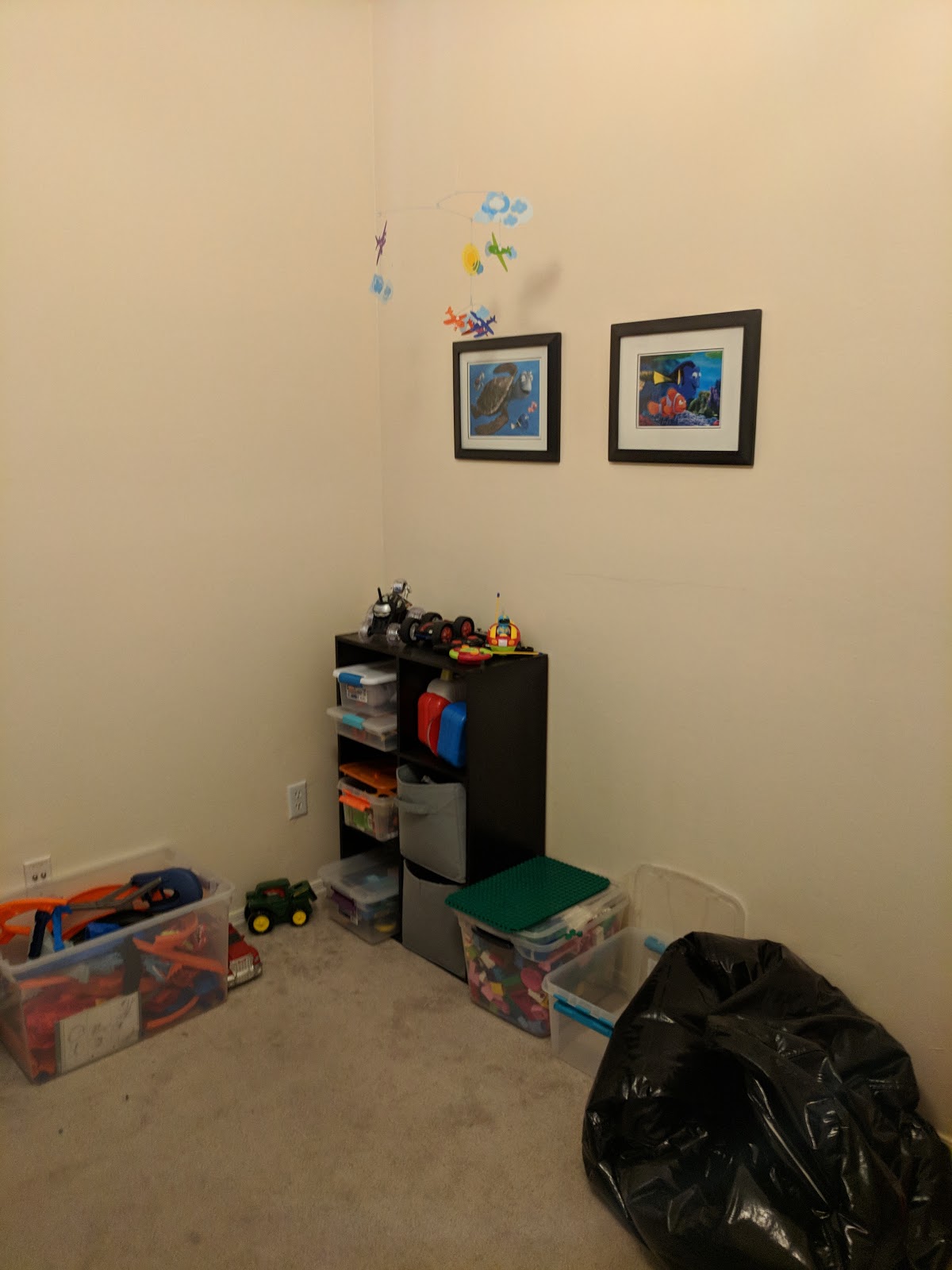 So how's it working out?  Awesome!  I love that the kids have a space to spread out and play and I don't constantly feel like I have to ask them to clean up.  At the end of the day, if the playroom is messy I just close the door.  There's almost an empty space after the kids go to bed because I don't have to clean up the living room anymore, I can just start relaxing.  While the playroom usually looks like this: 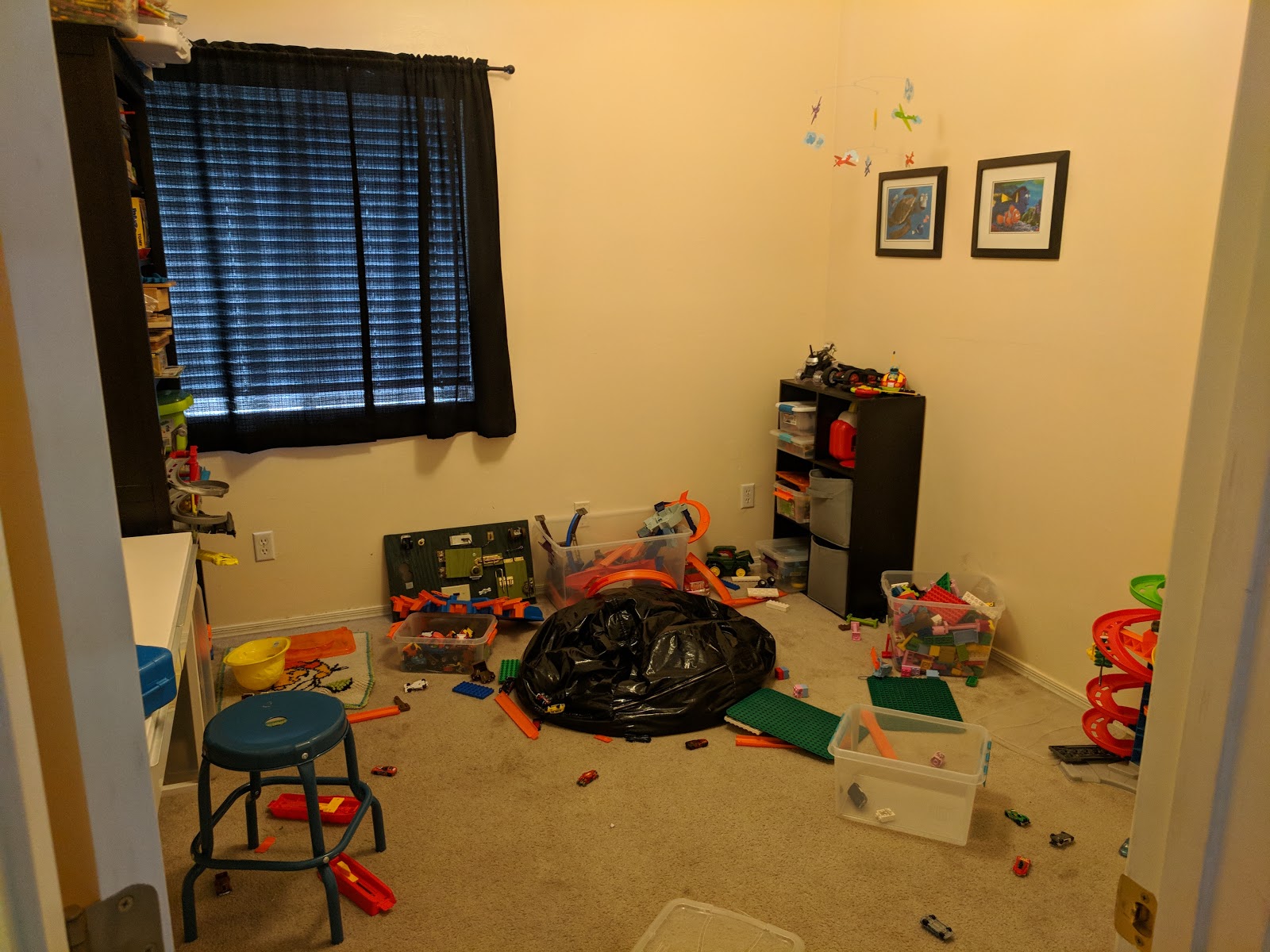 My view of the living room usually looks like this: 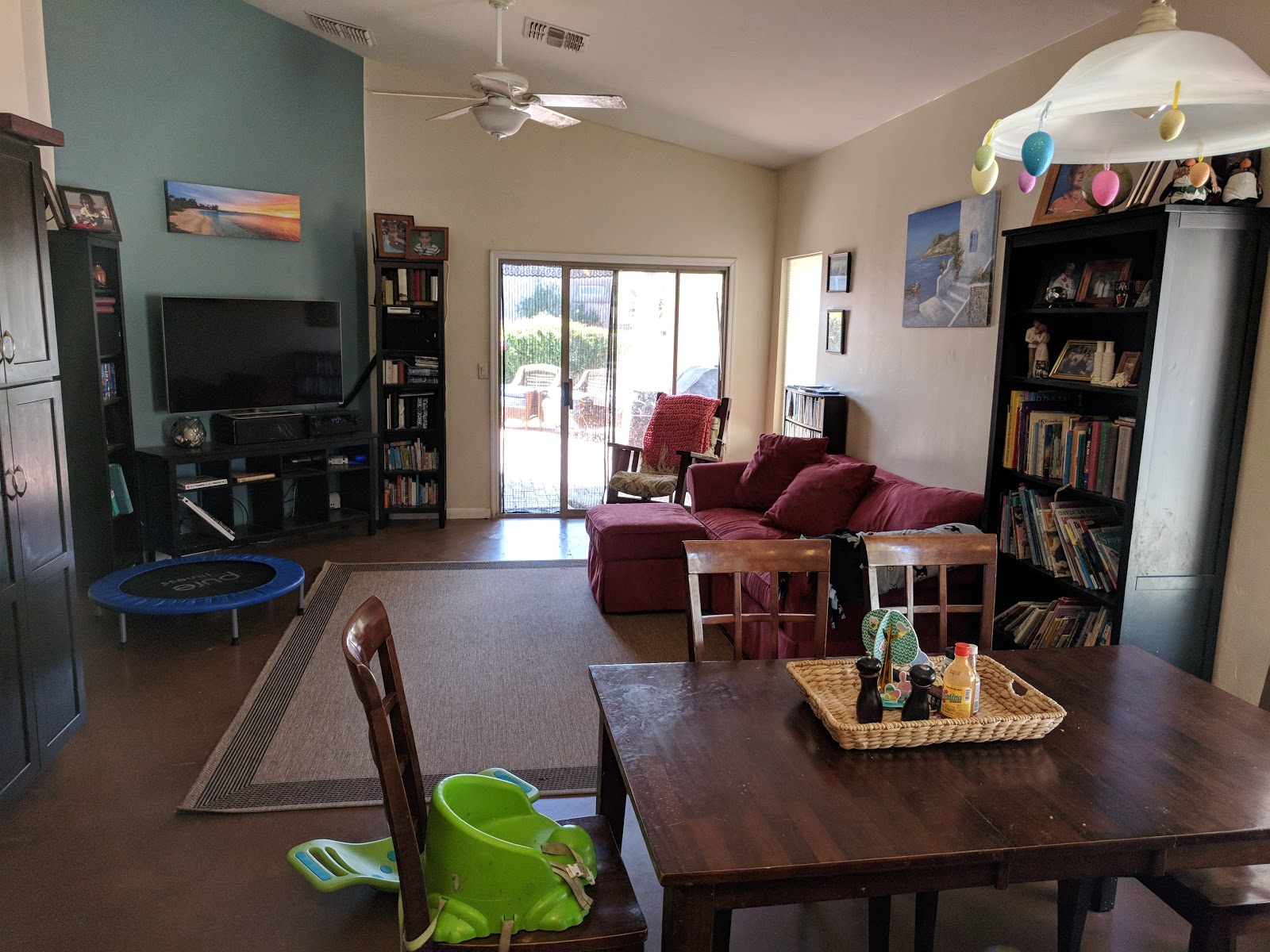 Neat, open, and relatively uncluttered.  Toys do still make their way out of room but they get taken right back once I remind the kids that the other option is for me to put the toys in time out.  And do I still see the kids?  Absolutely!  While they love that the toys are more accessible and are playing with them more now that they have their own space to play in, the kids all still prefer to play imagination games that require them to run around both inside and outside.

Do you have a playroom?  Is it working for your family to have a separate play space?