Earth has fallen in love with deep sea fishing, ever since my friend Rick took us out for the first time in October. He has a great time out on the boats and loves it when we catch fish. We've been out two or three times since Christmas and have been lucky enough to catch something each time. 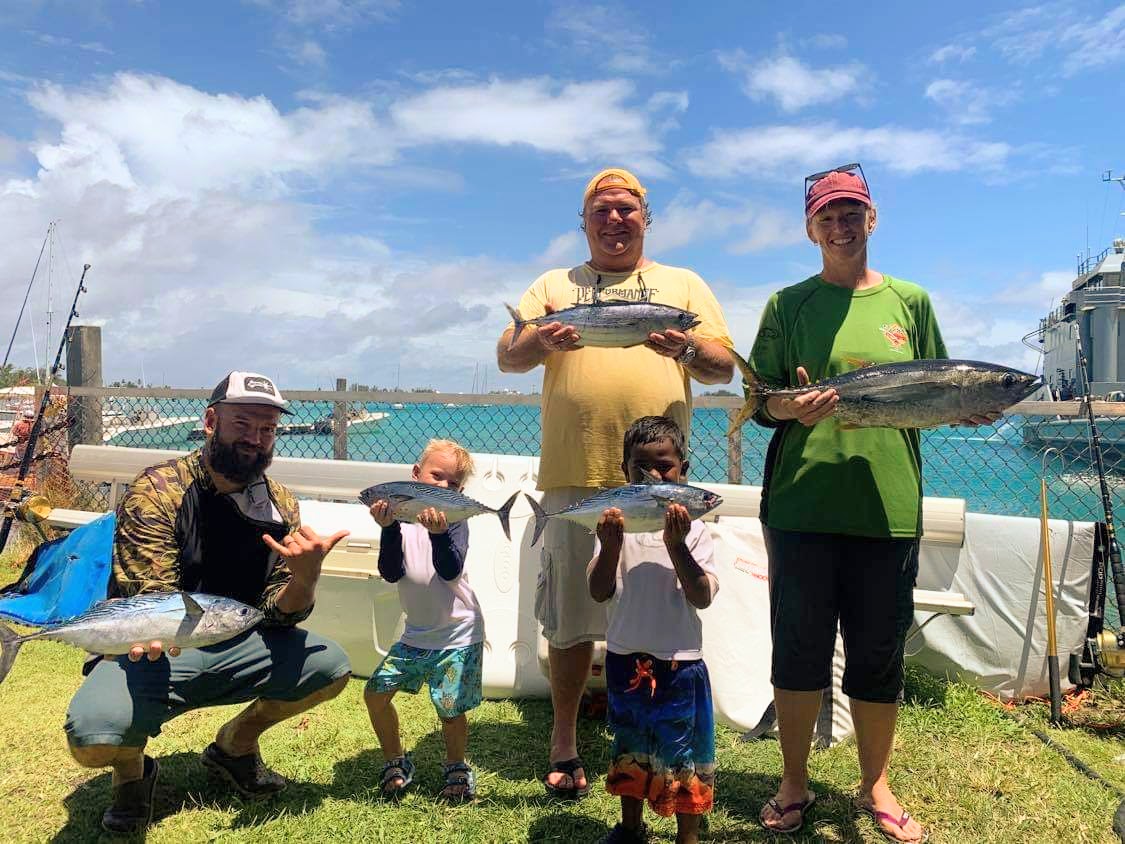 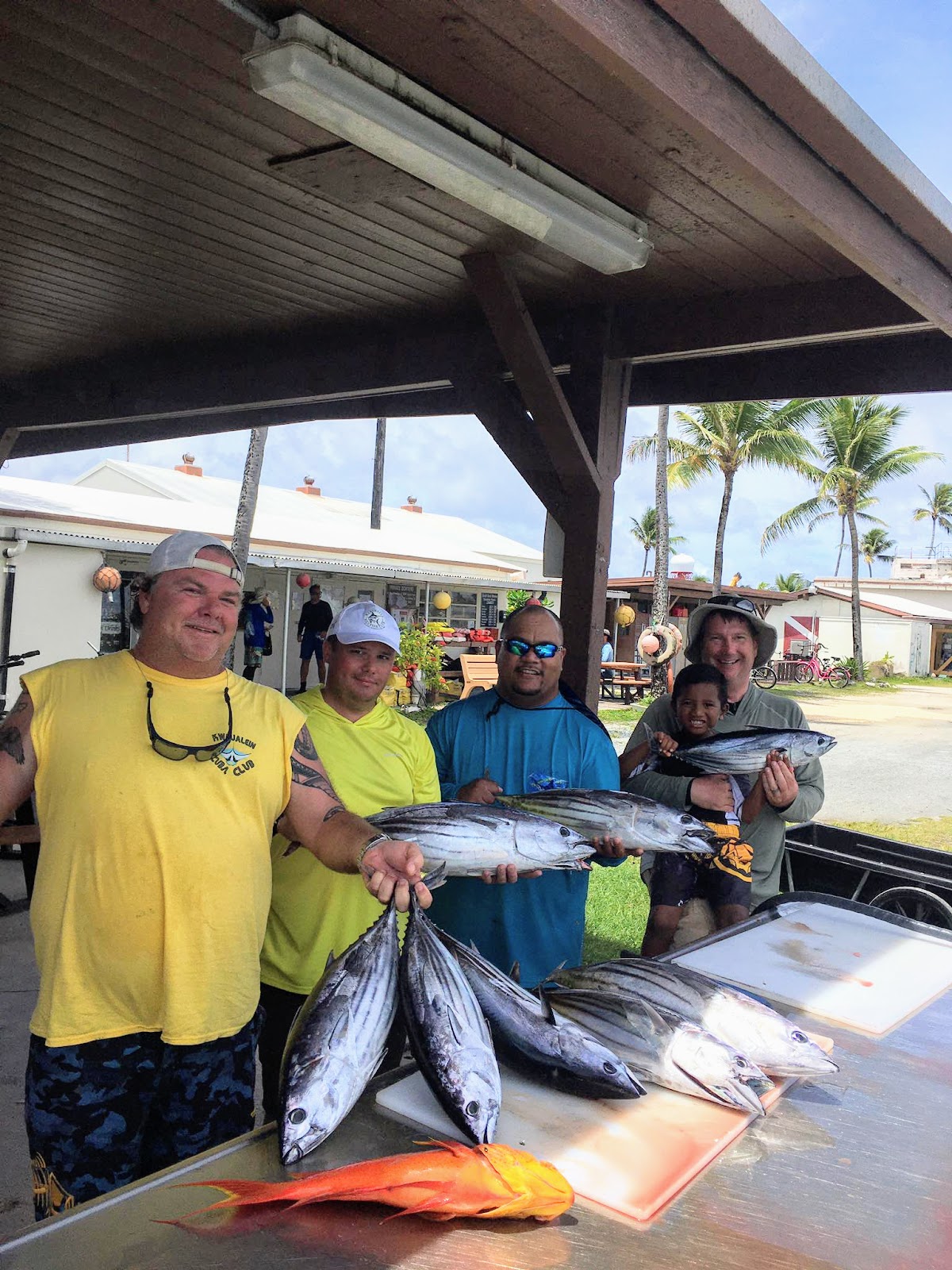 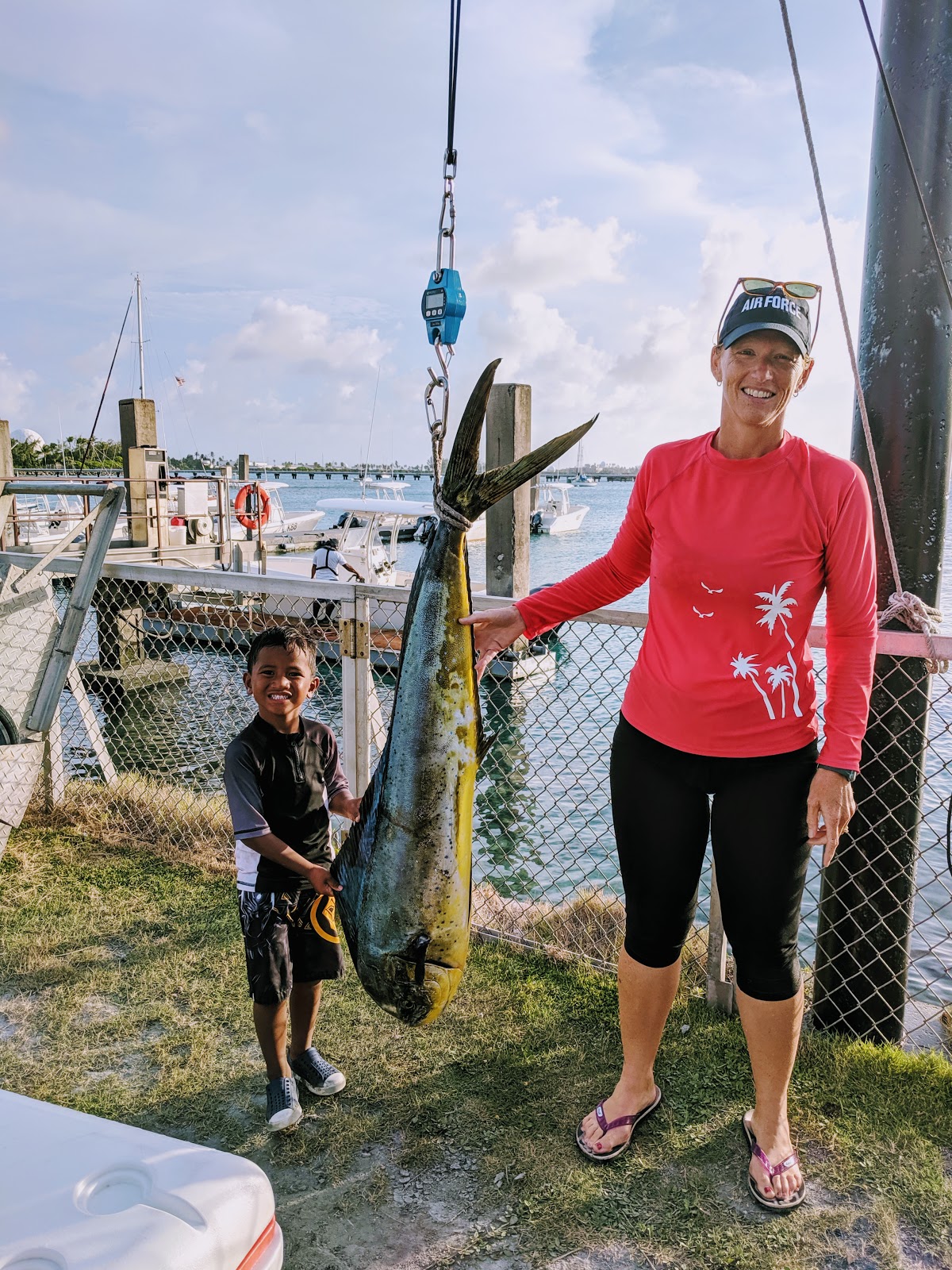 This past weekend, we caught a 30lb mahi.  Look at that fish- it's bigger than Earth!
Labels: Earth Kwaj