A Year in Review

One year ago today we adopted Sky in Majuro.  We had only met her the day before and were so nervous.  D and I arrived early at the court house and while we were waiting, a man approached us.  He asked us if we were here for an adoption and when we said yes, he said that he was Sky's father.  We were really surprised and while it was kind of strange initially, it was really nice to talk to him and to hear his side of the story.  Sky's Daddy V is a very nice, intelligent man stuck in a situation that keeps him from providing for his daughter.
Sky and her Aunt A showed up just before court time.  We each took the stand and then it was over.  Really, it happened so quickly you could hardly believe it.  After court we took some pictures: 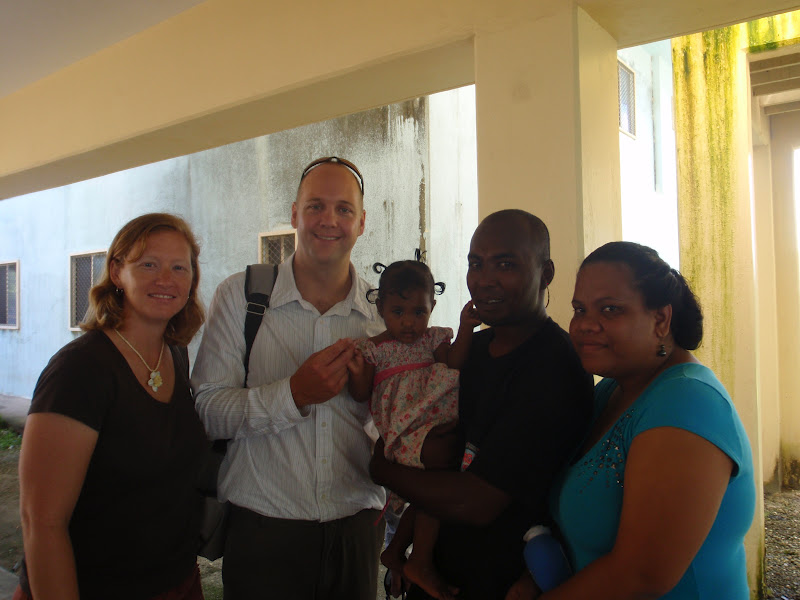 and headed back to the hotel for lunch.  Sky's birth father and aunt stayed for a little bit and left and Sky just cried her little heart out.  That turned out to be the pattern for the next few days while she got used to us.  We had hoped to spend a few weeks in Majuro to make the change easier for Sky but we decided to head  up back to the States because a Dr in Majuro diagnosed Sky with TB.
We ended up spending 10 weeks in the US, mainly in Kansas with D's dad and stepmom.  We saw lots of doctors, spent time bonding, celebrated Sky's baptism, and had some fun while we waited for the doctors here on Kwaj to allow Sky on island.  We flew back to Kwaj in late May and started settling in.
Since then we've just been living life, going to parties, having our own parties, taken mini-vacations on Roi, taught Sky to play the guitar, celebrated Sky's first Halloween, and took a vacation in Thailand.  In December we celebrated Sky's second birthday and her first Christmas with us.  It's been a big year!
Sky is doing great in every way.  She's still thin and only weighs 24 pounds but she's almost 34" tall.  She loves books and reading, is learning to ride a bike, is making progress at potty-training, and is doing wonderful at pre-school.  She's starting to put words together in sentences and gets a little frustrated with D and I when we don't understand what she's trying to tell us.  She's still very independent and willful and that, combined with regular two-year-old behavior can make her a bit of a handful but D and I love every minute of it.

Here are some pictures to show you how much Sky has grown this year:﻿ 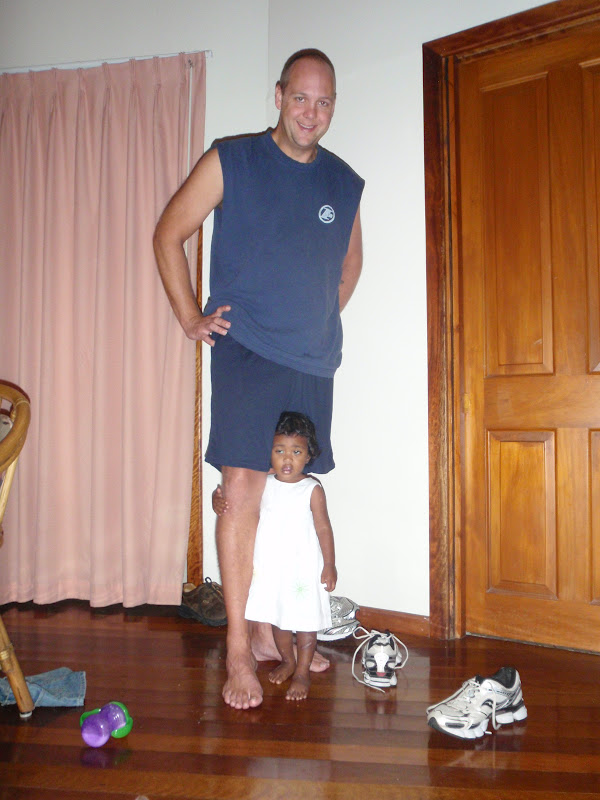 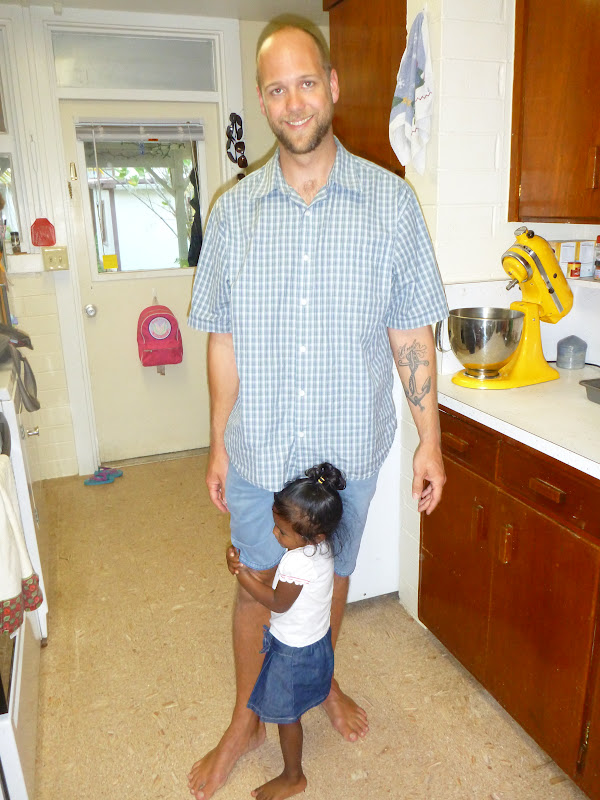 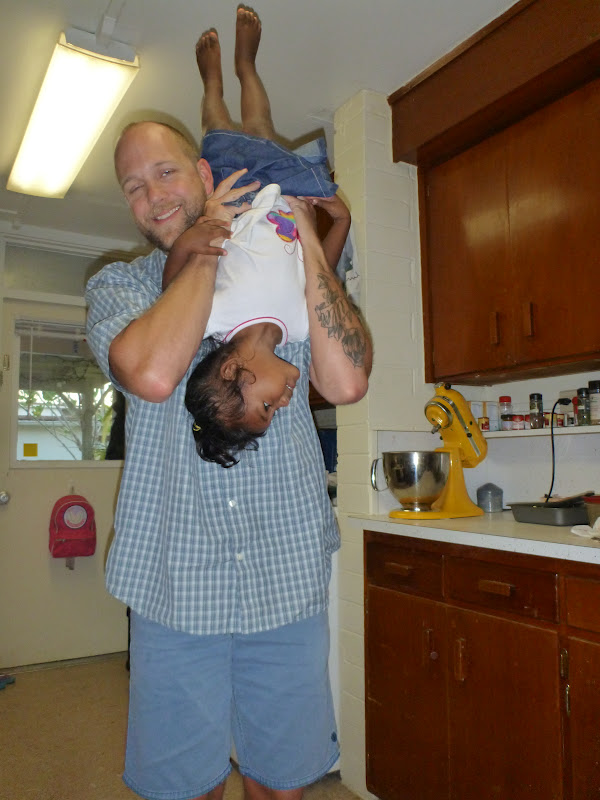 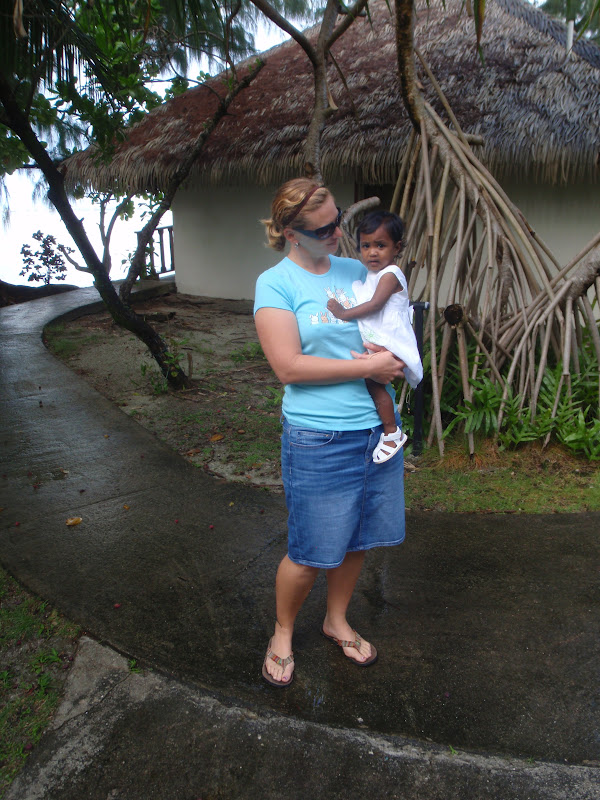 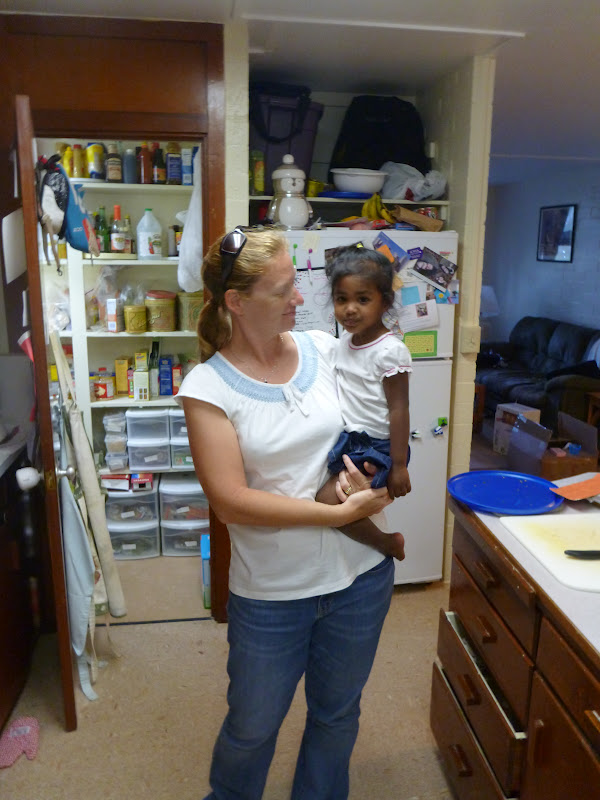 Mommy and Daddy love you, Sky!  You're a wonderful little girl and the perfect daughter for us.  You've made our family a Family.
Labels: Adoption Sky
Location: Kwajalein Atoll, Marshall Islands