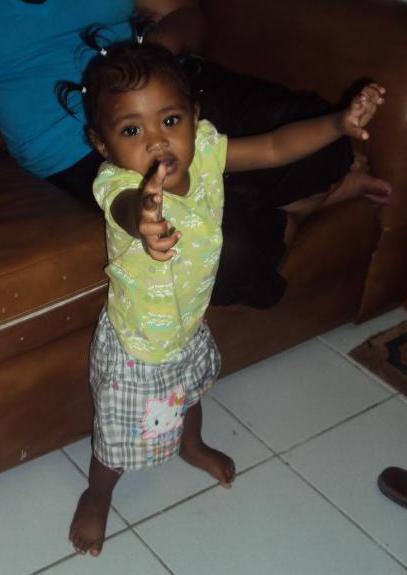 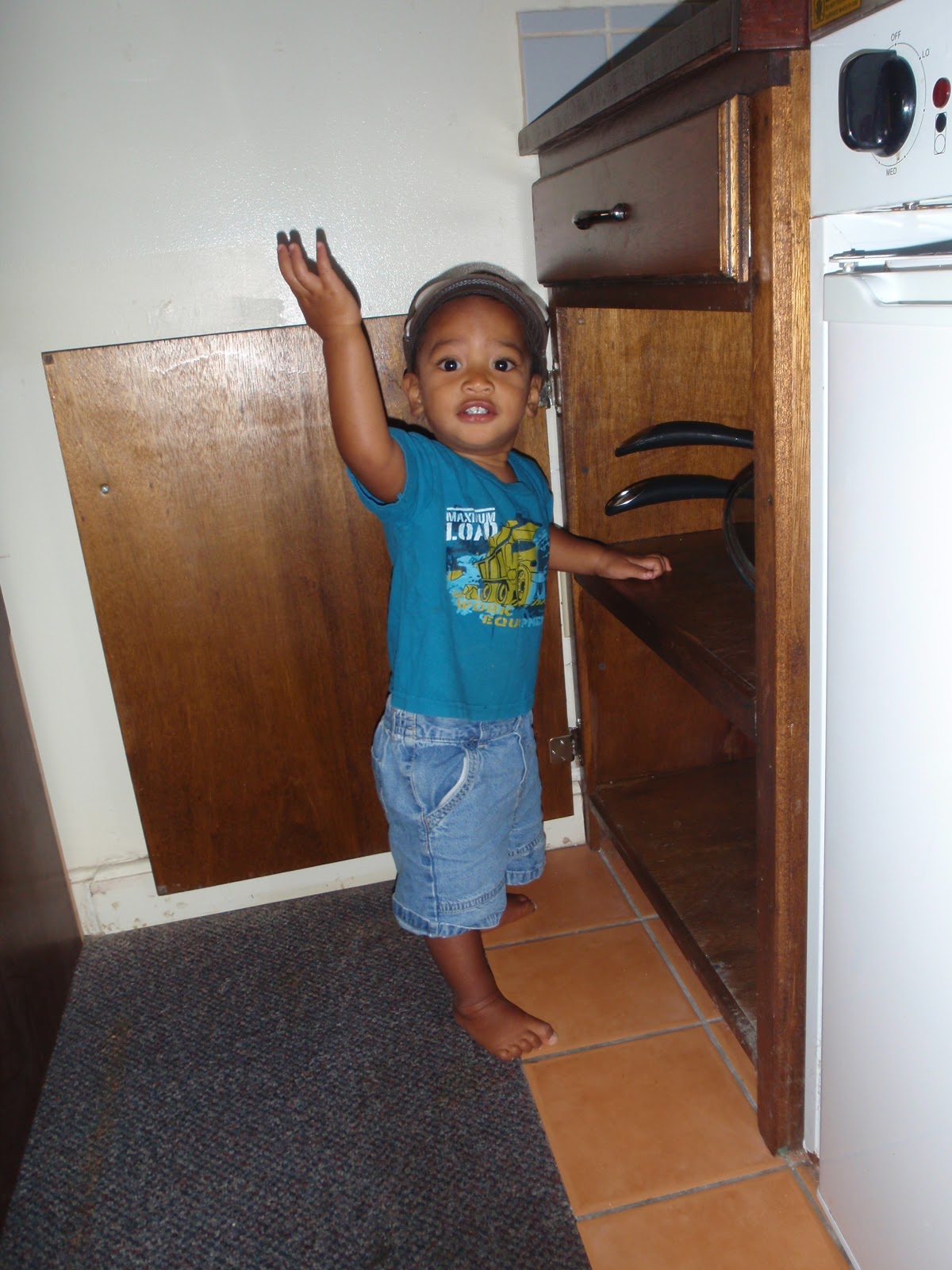 Fire at 14 months
D and I were laughing the other night about finally getting back on familiar ground now that Fire is 14 months old, the same age Sky was when she came home to us, and at almost the same time, we both said that they're so different at this age that there isn't much familiar about it.
At 14 months, Sky could walk and run, walk up and down stairs, feed herself with a spoon, drink from a cup or  bottle, and help with putting her clothes on and taking them off.  My baby had some mad skills!
We actually had to help Sky unlearn some of her skills after she came home.  She would drink out any kind of bottle she found, including old beer bottles in the recycling bin.  As soon as we discovered that, we moved the recycling bin and started teaching what she could and couldn't drink out of .  We would show her different beer bottles and ask her, jokingly, "Do babies drink beer?"  and then we would laugh and tell her, "No, babies don't drink beer!".  She'll still ask us if something is beer before she drinks anything she doesn't recognize.
Fire can't do any of the things that Sky could do at the same age.  We're okay with that and happy about it.  Because he came to us so much earlier, Fire doesn't have the trust issues and defense mechanisms that come with all of Sky's mad skills.   Fire isn't destructive the way that Sky was and he can give and take affection, where Sky could still only take it.   All that being said, I wouldn't change a single thing about either of them.  I sometimes still wish that we could have brought Sky home as a baby, to have saved her the need to learn to do all those things she could do so early,  but then she might not be the independent, joyful, smarty-pants that completes our family.
﻿
Labels: Adoption Family Fire Sky
Location: Kwajalein Atoll, RMI