Fire and the ER

We've been spending a lot of time in the ER with this boy lately.  I know I have a tendency to exaggerate but I think that three times in one week qualifies for "a lot of time".  The first one was last weekend when something was swollen that shouldn't have been.  I'll spare you all the details on that one other than to say that it scared the crap out of D when it happened and resolved on it's own.  The next visit was an infection on Water's big toe.  After five years here, I'm still surprised how fast they can develop in this environment.  Water had a hangnail on his toe that was bothering him on Tuesday afternoon so I pulled it off.  He wore socks and shoes on Wednesday because he had soccer practice after school and then work them again on Thursday because Sky had soccer practice after school.
When I picked the kids up on Thursday afternoon, his teachers told me something was wrong with his foot, that he'd been limping on it all day and that it was bleeding.  I took his sock and shoe off to find that in just two days of being in socks and shoes (he was even clean, since he'd had a bath on Tuesday night!) his hangnail had developed into a terrible infection.  Sky headed for soccer practice and Fire and I headed to the ER.  Antibiotics and hot foot baths were prescribed and Fire's foot started looking better the next day.
I've saved the best for last:  ﻿ 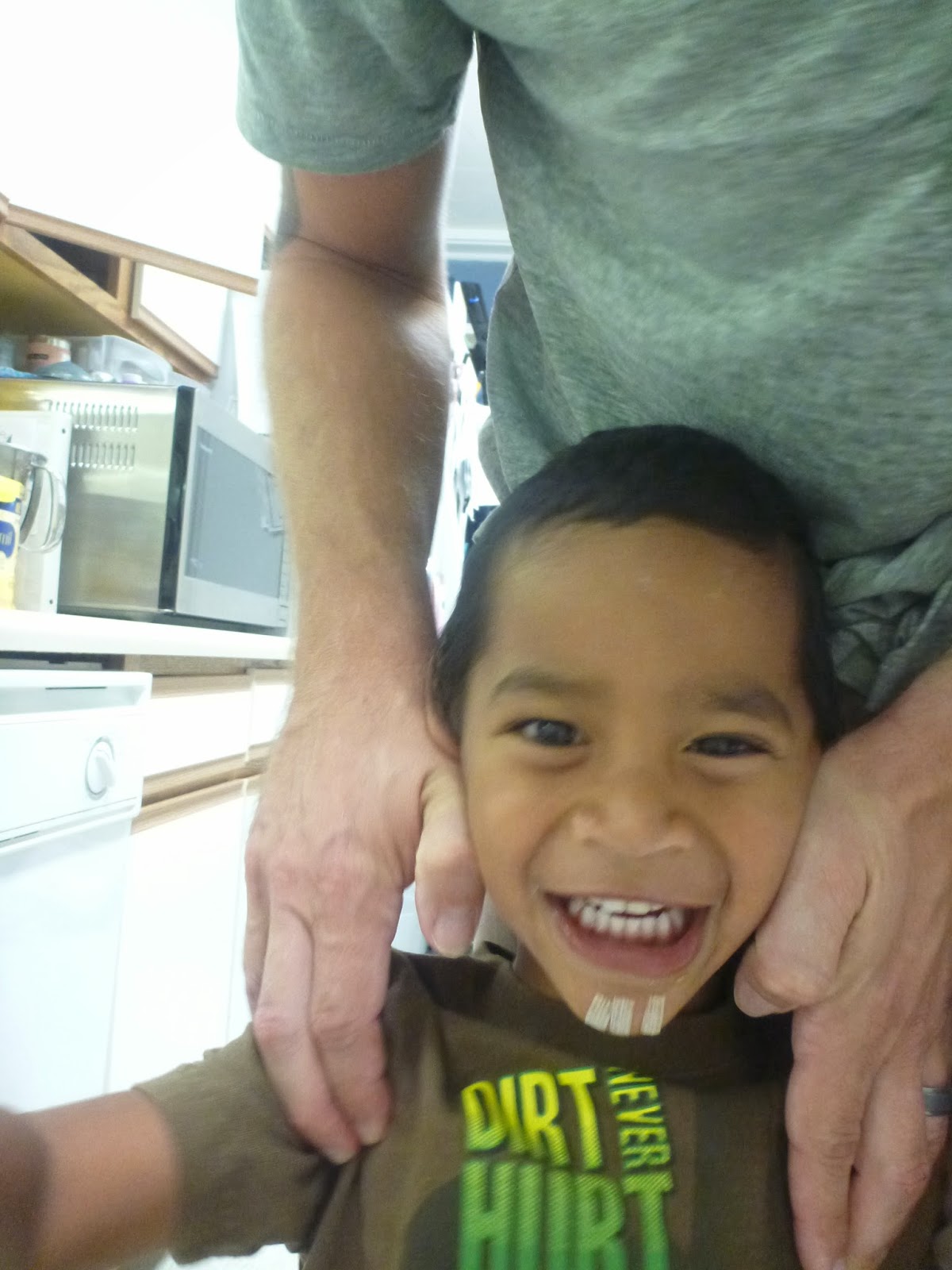 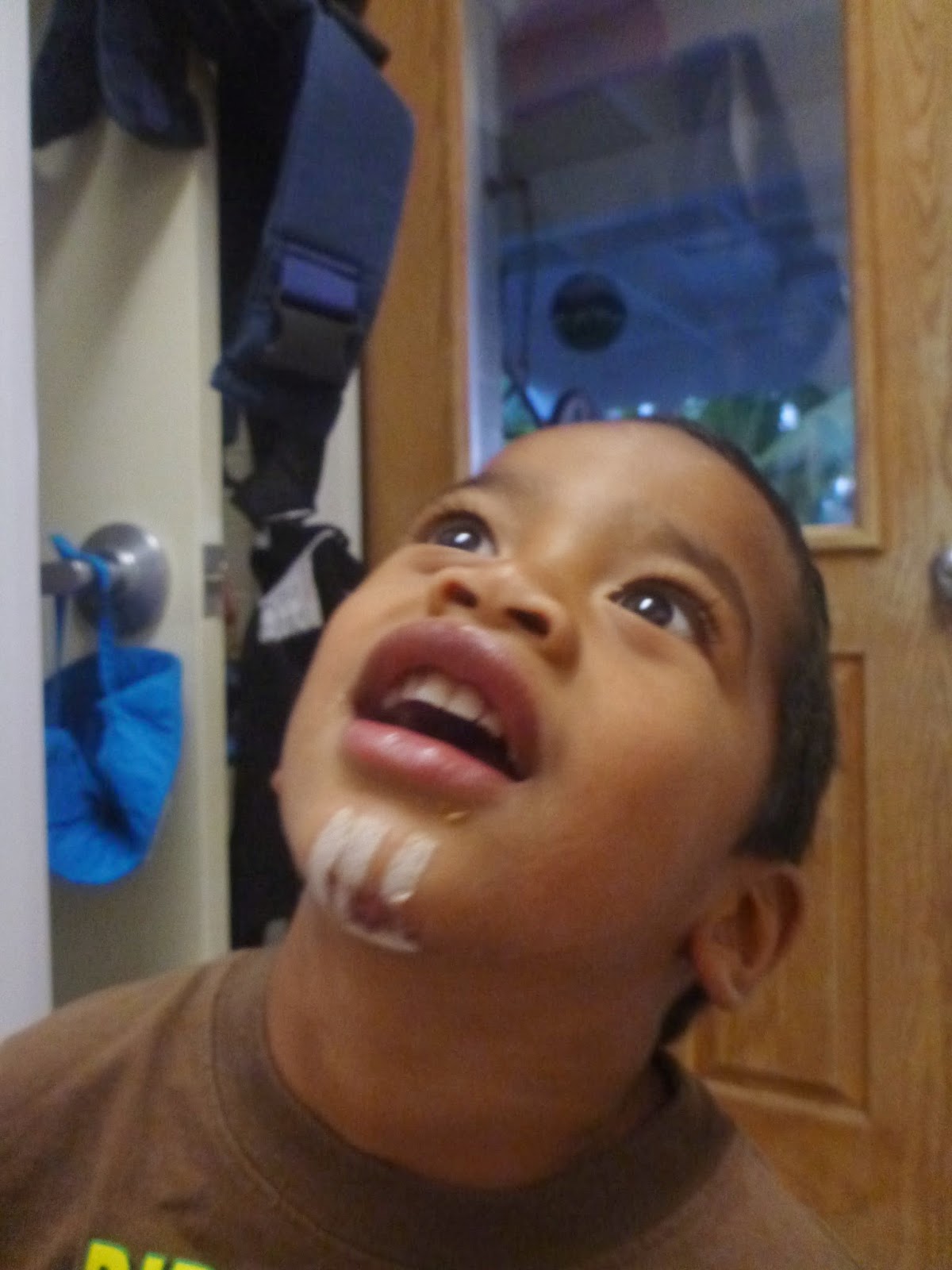 Concrete 1, Fire 0.  He fell off a swing during a play date at a friends house and split his chin wide open.    Happily, the the doctor was able to glue it back together rather than using stitches and it seems to be healing up pretty well.
Fire, you're a wonderful boy and the doctors love to see your smiling face but I think we've seen enough of each other for the time being! ﻿