High Five for Friday!  This was a busy week for us since it was the start of the kid's soccer season and the end of hula for Sky (with practices every day and a recital tonight).  Going into the week, I dreaded how we were going to manage it all but here we are at the end, doing fine and ready for the weekend. A weekend in which we have nothing planned, I might add, to make up for everything we did this week!﻿

#1
Although he wasn't the one with the busy schedule this week, Water is #1 again.  Look at what this baby can do: 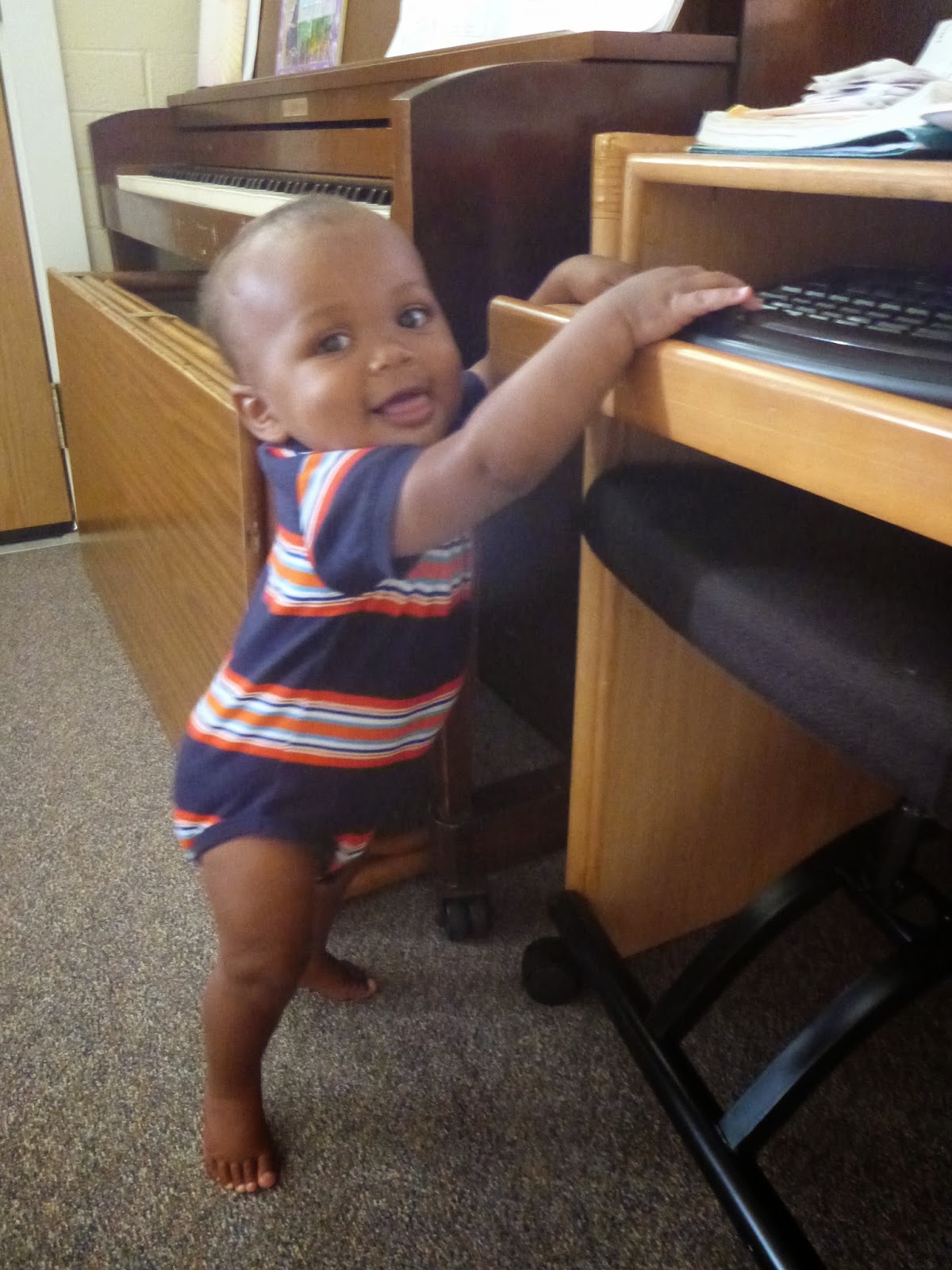 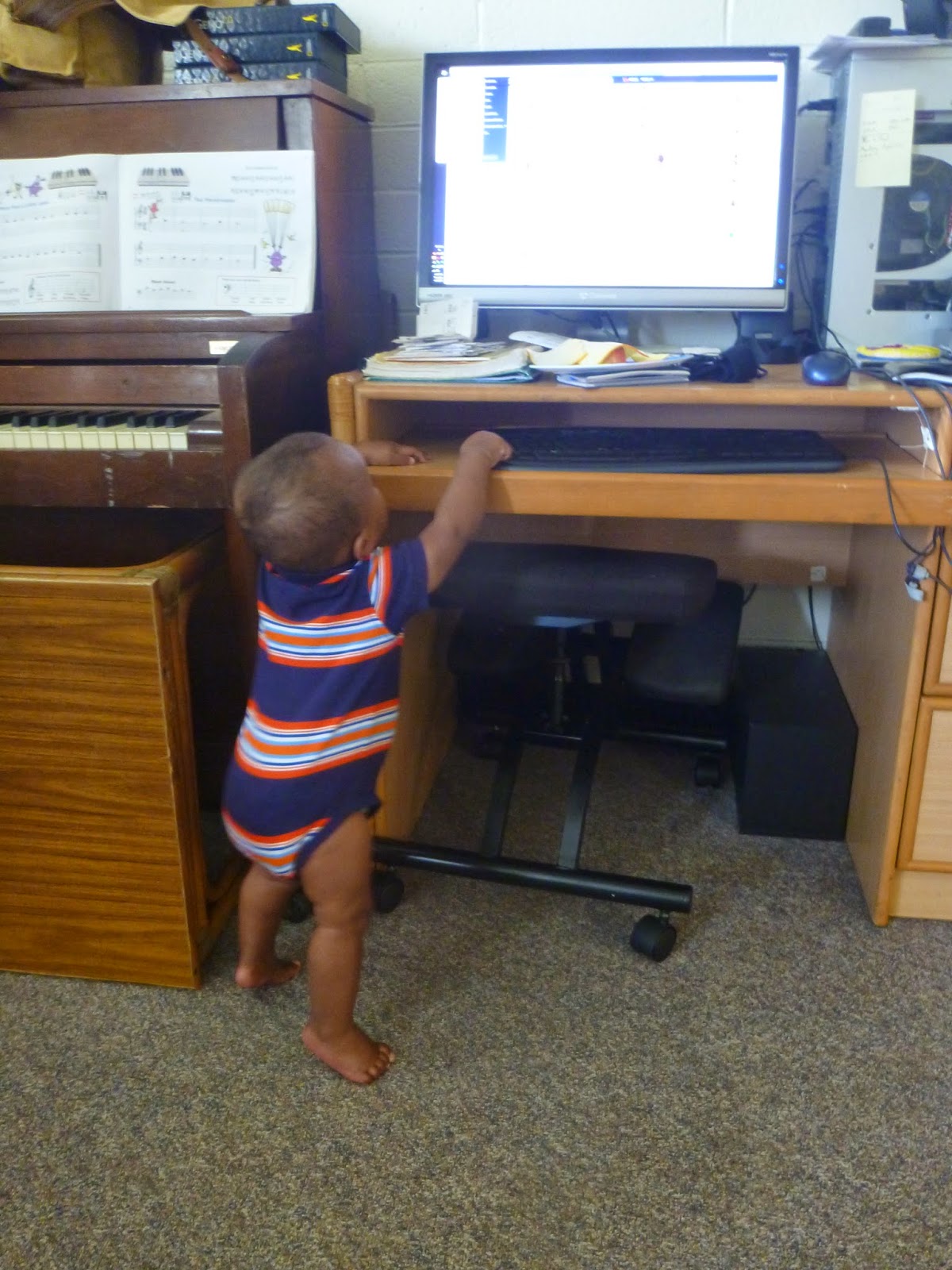 He's not even eight months old yet and he's already standing and can creep along furniture.  I love that he's doing so well but I wish he would stay a baby just a little bit longer... 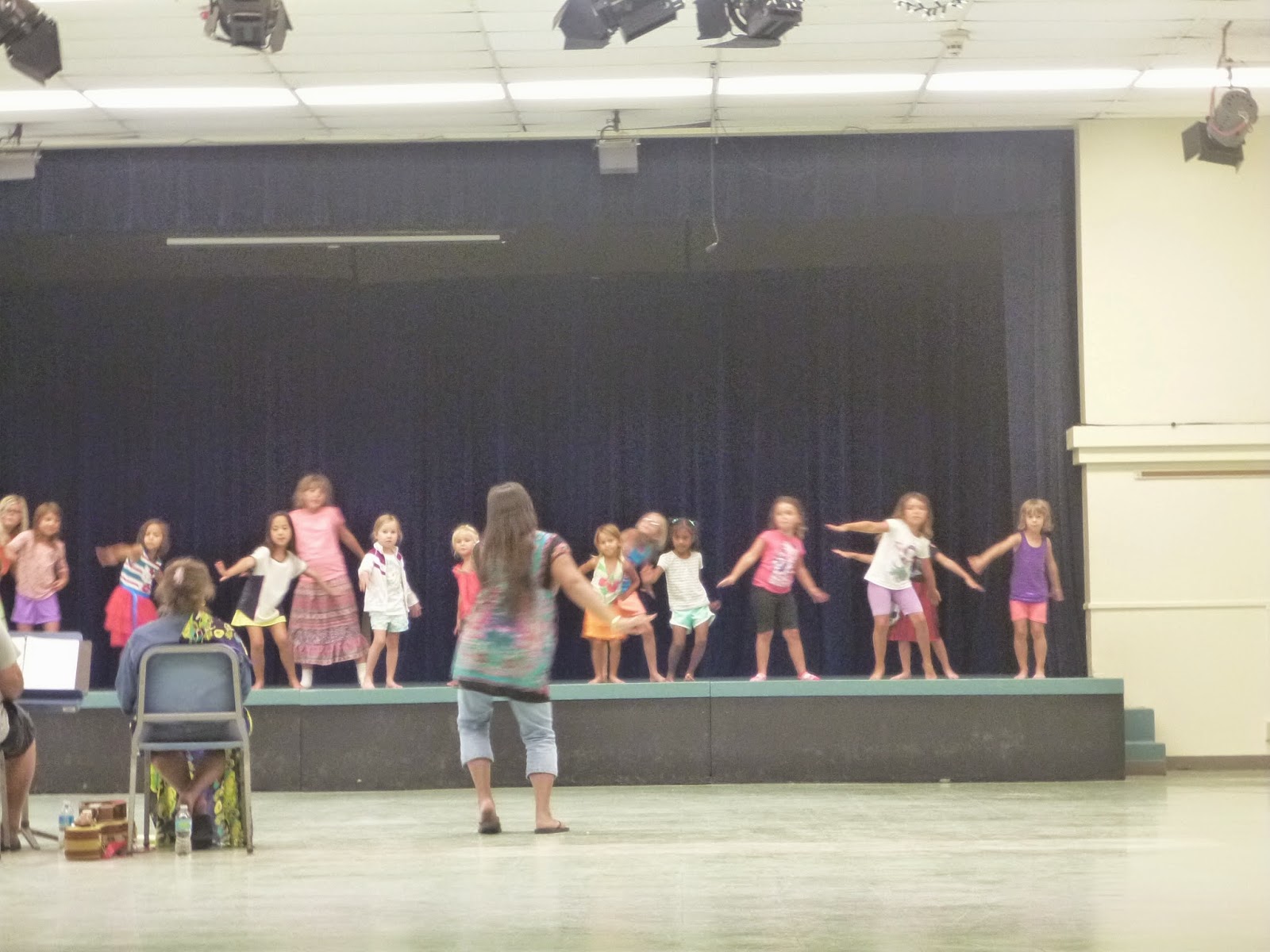 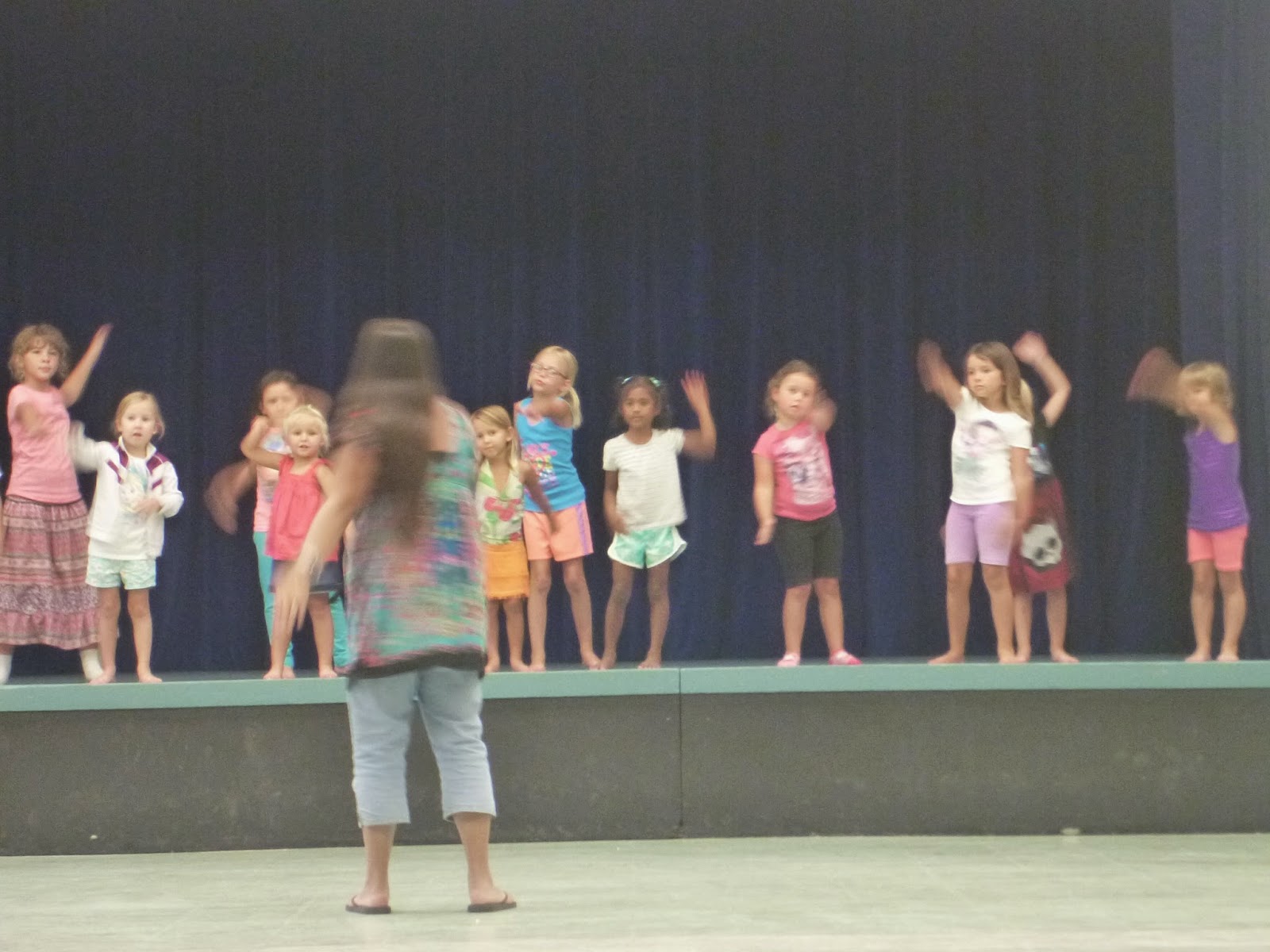 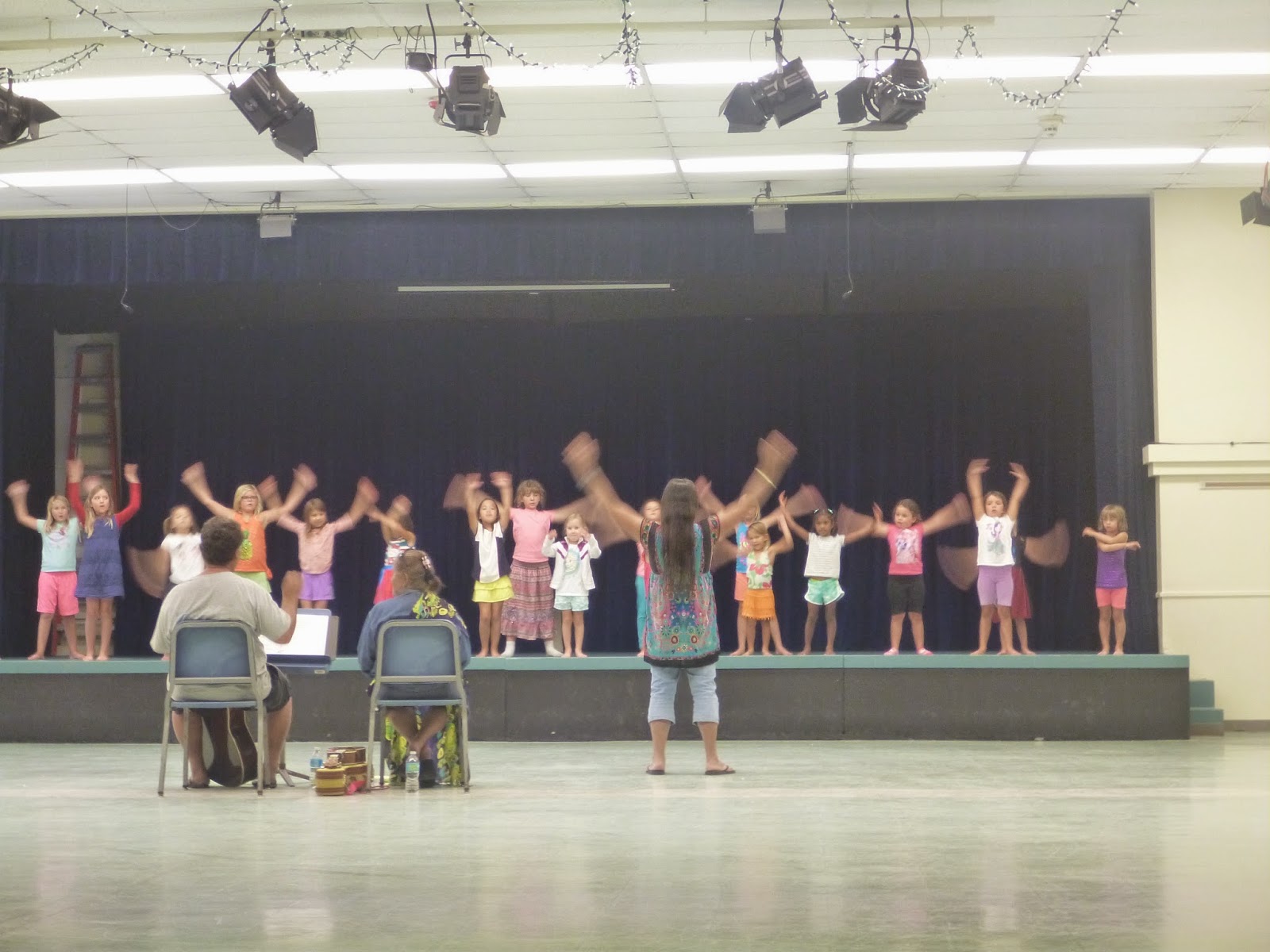 Ever afternoon this week Sky had hula practice ahead of her recital tonight.  This is her second time taking hula classes and I love that she enjoys dancing so much but I won't mind getting our usual afternoon and evening schedule back when hula finishes. 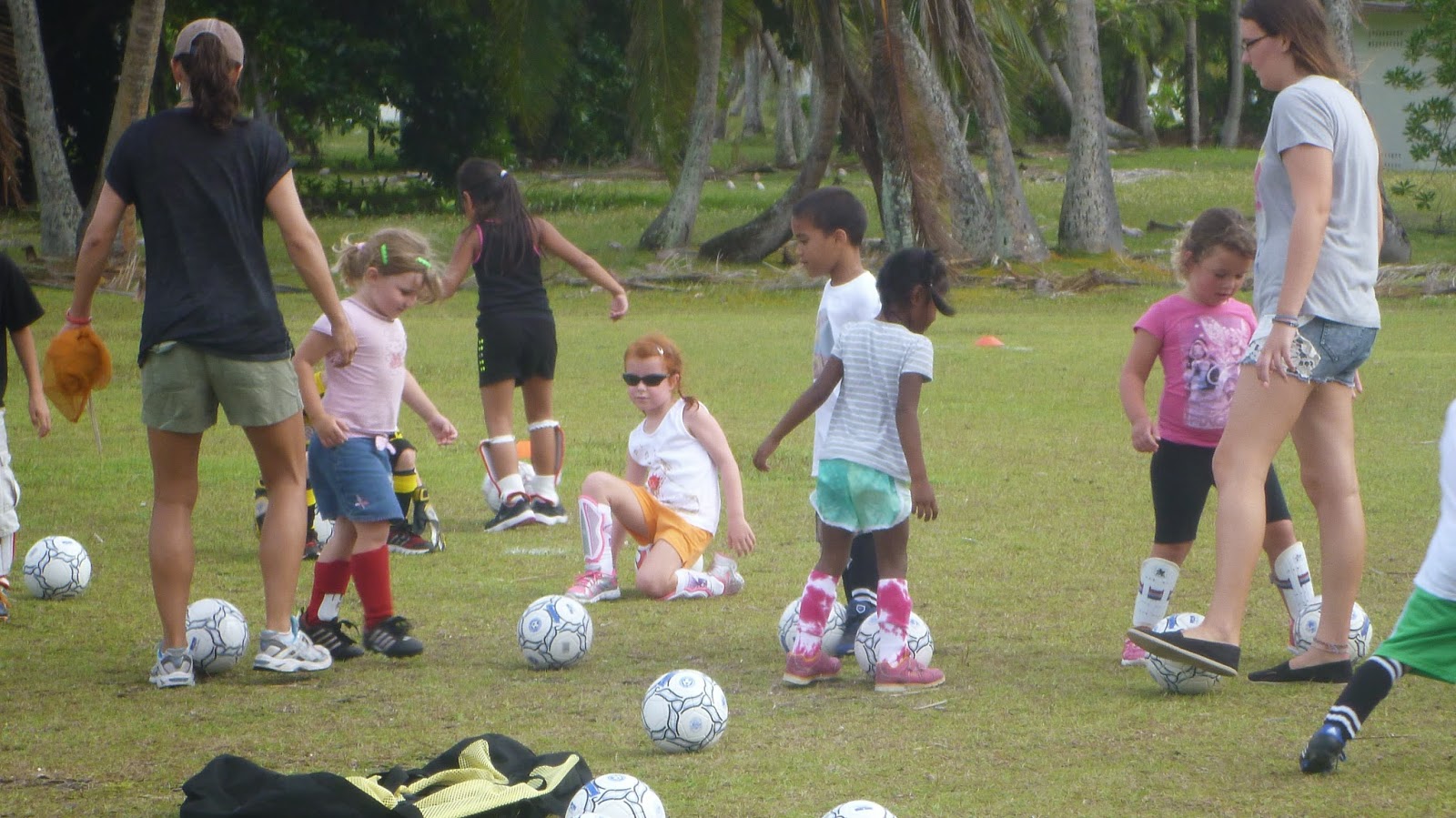 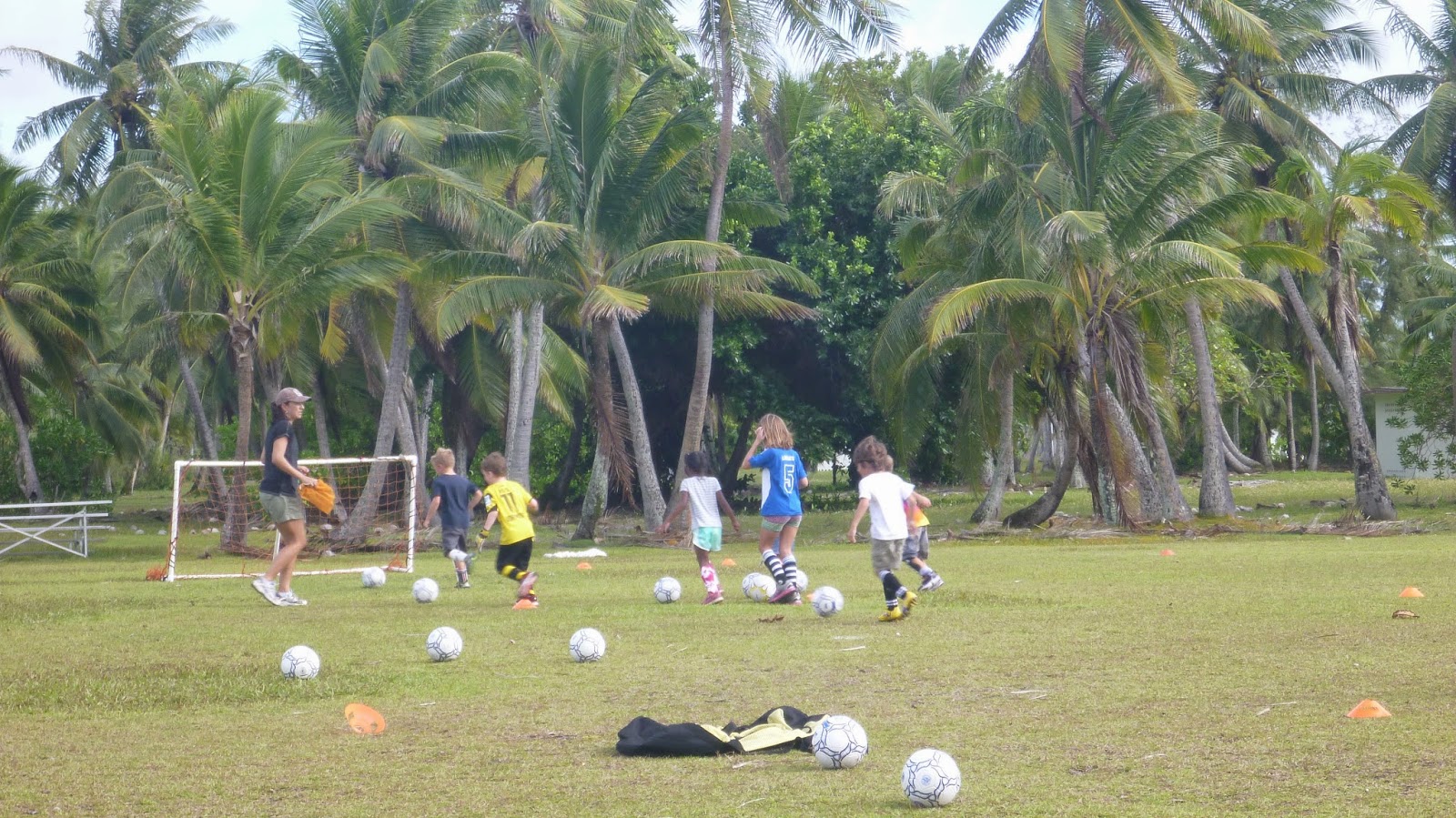 Sky was invited to join the kindergartners for "real" soccer this year since she's done the Smart Start program twice and is physically large enough to play with the bigger kids.  Sky plays twice a week and while she was a little scared at first, since she wasn't going to be playing with me like she did in Smart Start, she doing great so far.
Water is also starting soccer this year in the Smart Start program, which is parent-coached.  We've only had one practice so far and Water was a lot more nervous about it than I thought he would be.  I thought he would take off with the ball and love playing soccer with his friends but he spent the first five minutes clinging to me and asking to go home.  Once I got him going, by trying to steal the ball from him, he loosened up and starting having fun.  Hopefully he'll start getting into the game a bit more as the season goes on.

No soccer for this one yet, just a yummy stick to chew on while big sister practiced 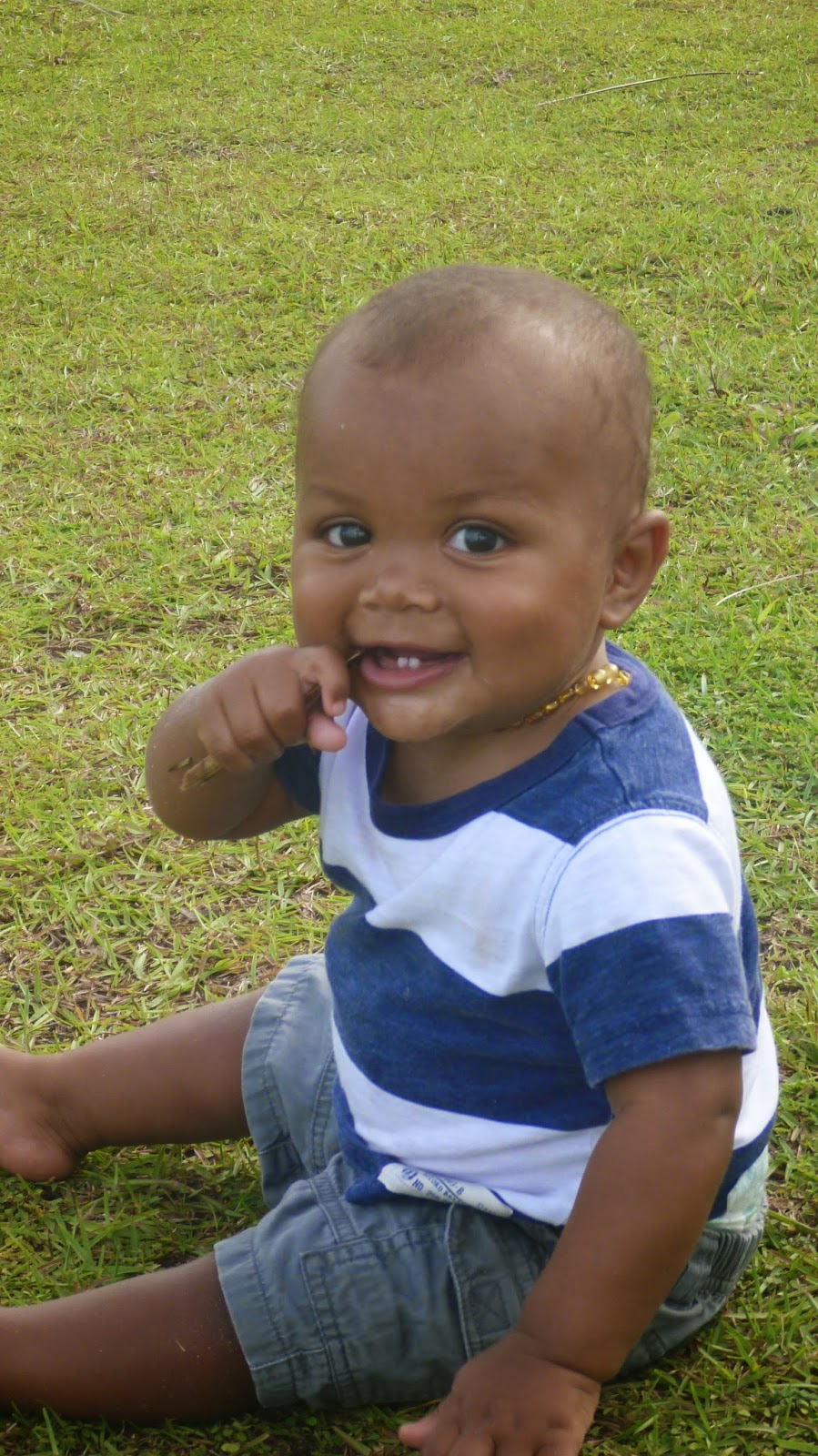 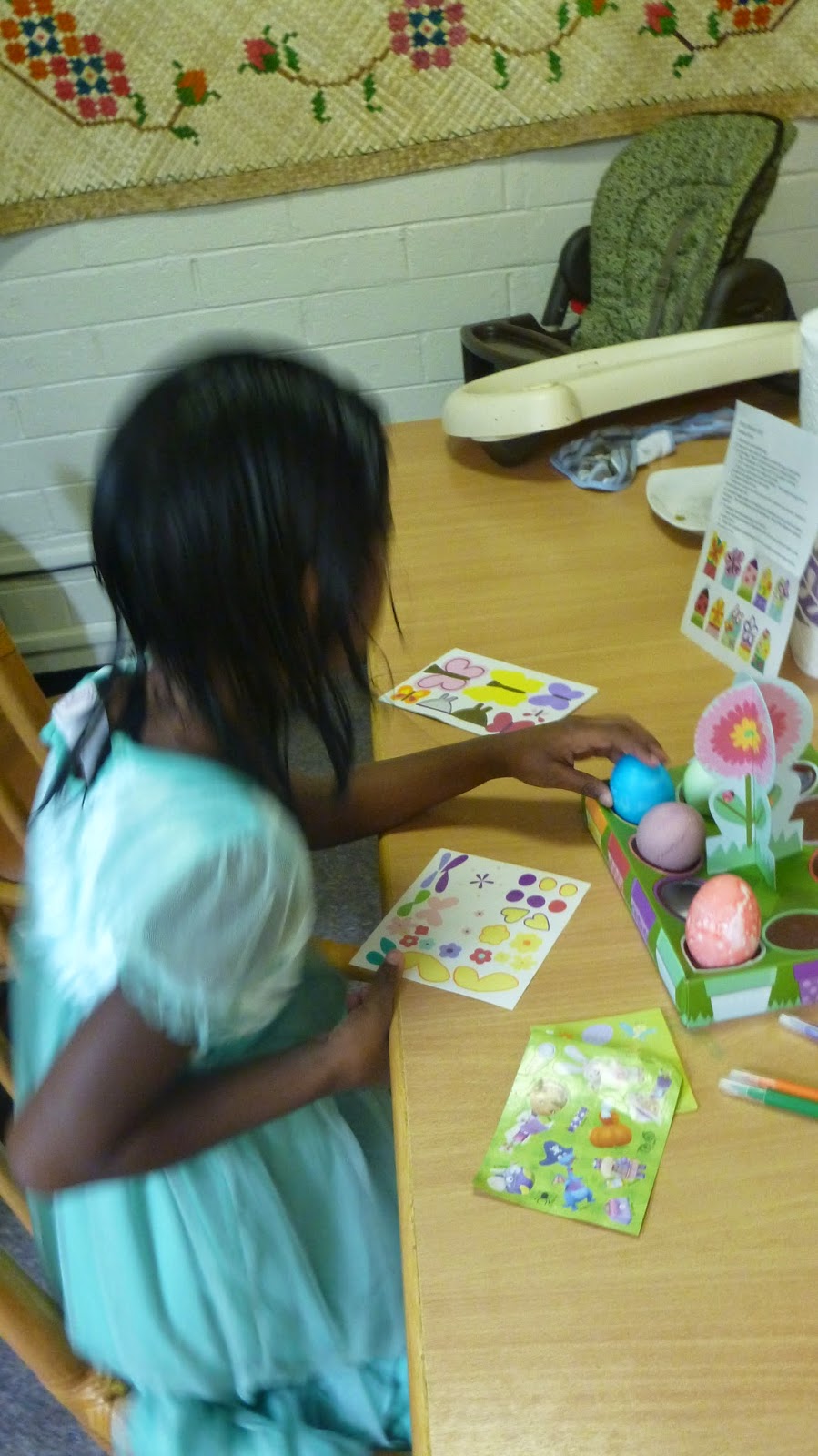 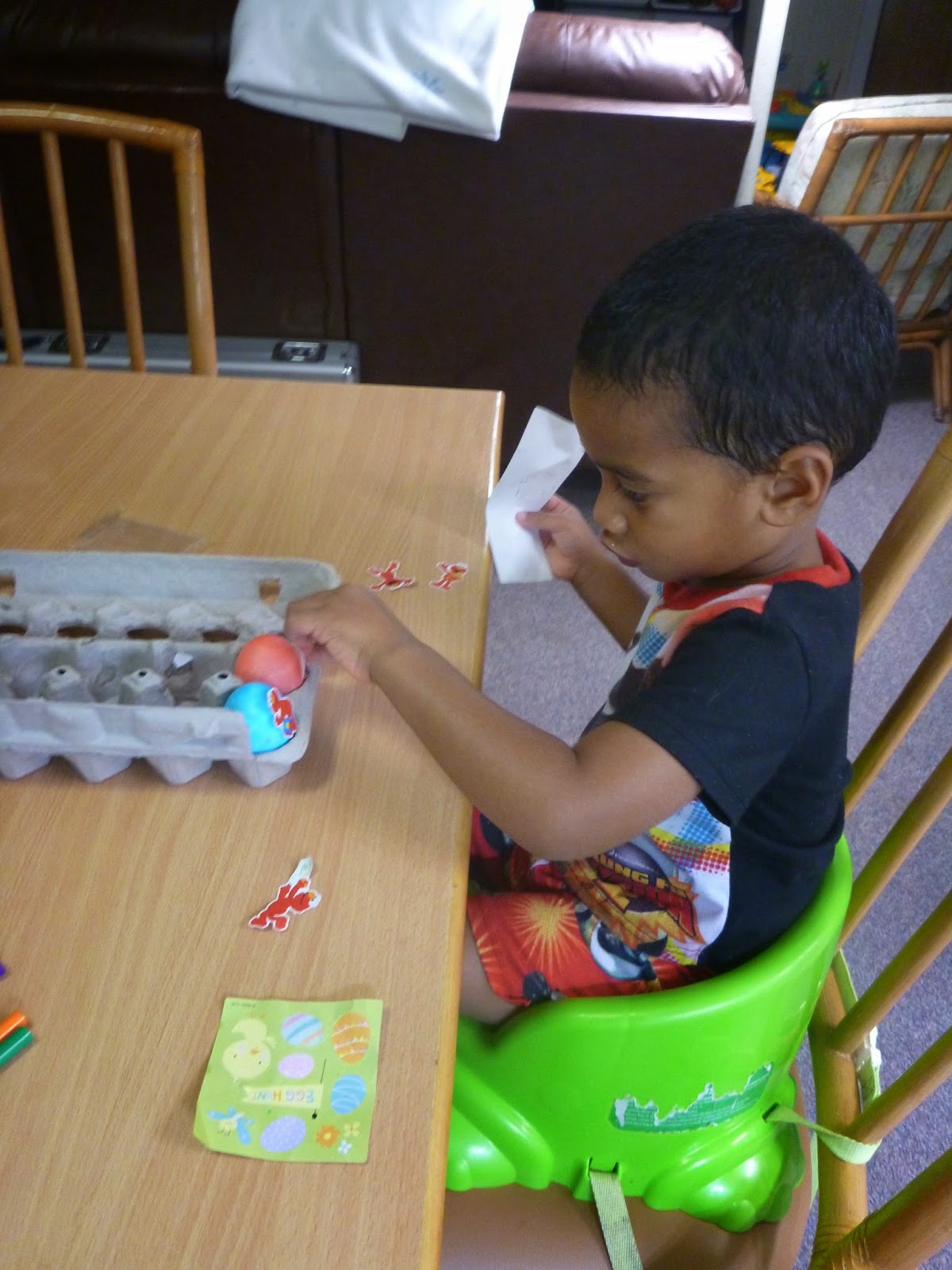 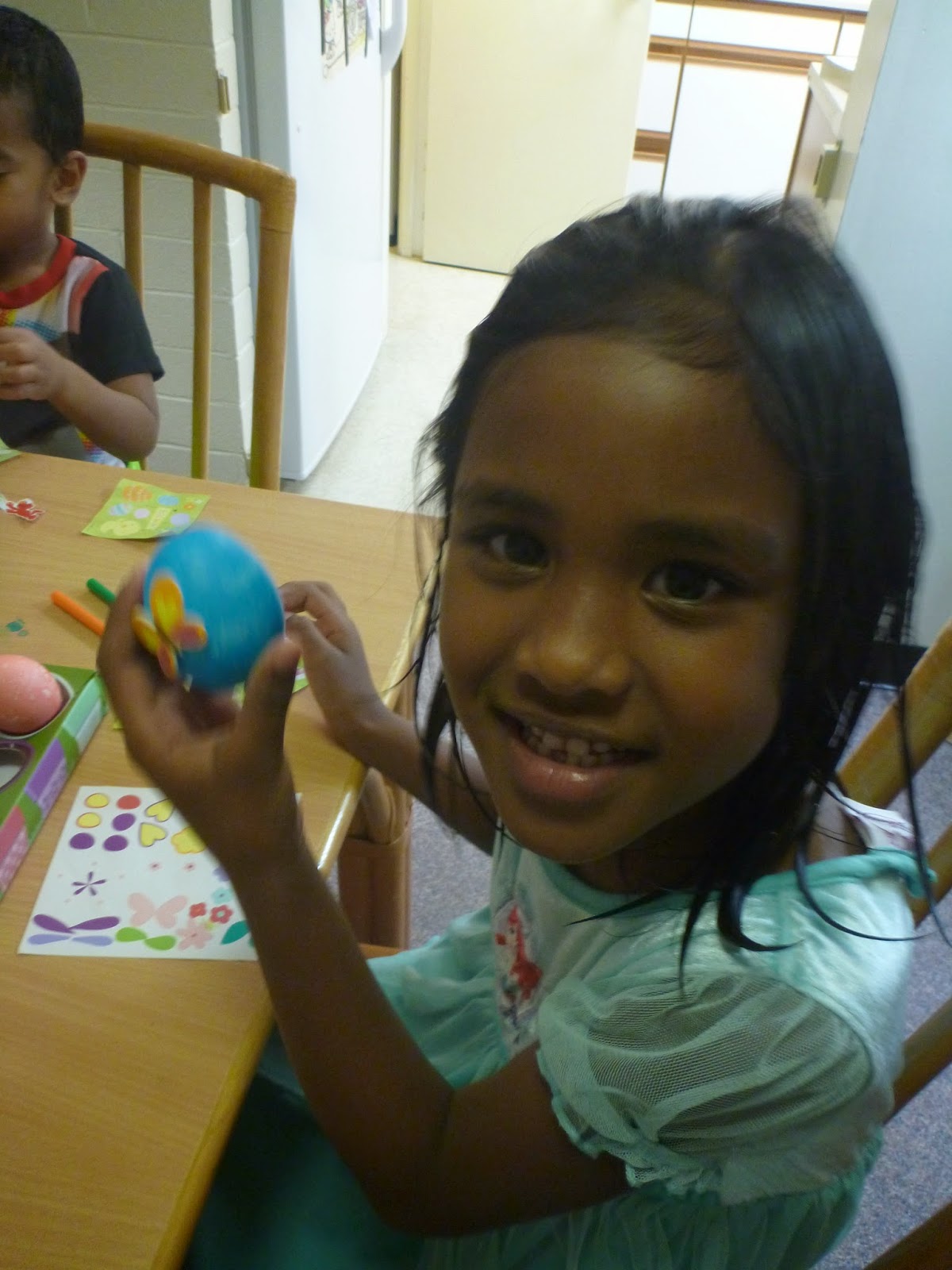 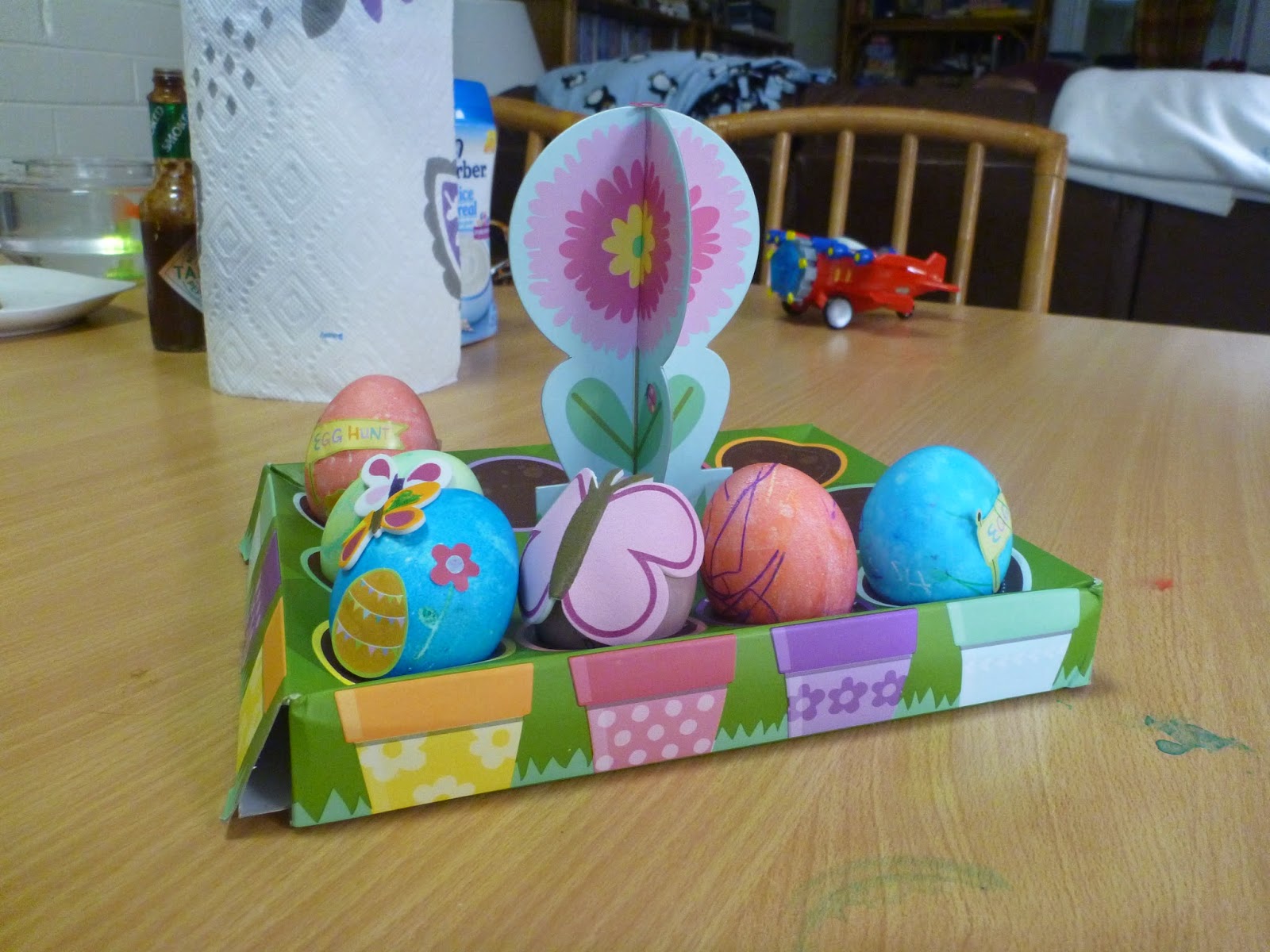 We don't do much secular Easter stuff but since the kids love to eat hard boiled eggs, I made sure we found time for this tradition (a week late, I know, but at least we did it).  For sanity reasons, I did the actual dying but Sky and Fire picked what colors they wanted their eggs to be and did all the decorating after they dried.  This was the first time we did egg dying as a family and it went really well.  Maybe we'll do some 4th of July eggs with flag stickers?

#5
I broke the TV fast this week, and I did it on purpose. 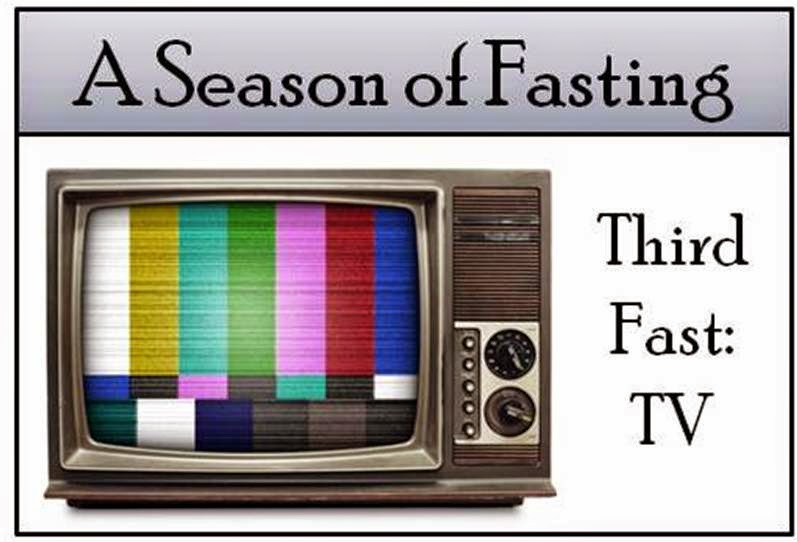 Maybe it was all the let down from the Easter sunrise service (that I was in charge of coordinating) or the worries about timing and schedules  but I slept terribly this week and was waking up every morning exhausted.  I just needed to turn my brain off for a bit and a book wasn't cutting it.  A friend had given us a copy of the new Hobbit so one evening after the kids were in bed, I made myself some popcorn and hot chocolate and popped the movie in.  It was wonderful!  I only watched about an hour but it was nice to not have to think or worry or make any decisions for that hour.  I slept better that night than I had in days.
I'm back on the fast again with four more weeks to go.  And for the record, D left the room before the movie started!

How was your week?  Busy, calm, somewhere in between?  Any fun plans for the weekend?

See where I'm linking up here
Labels: A Family Kwaj