Earth, playing (and working hard) with his therapist 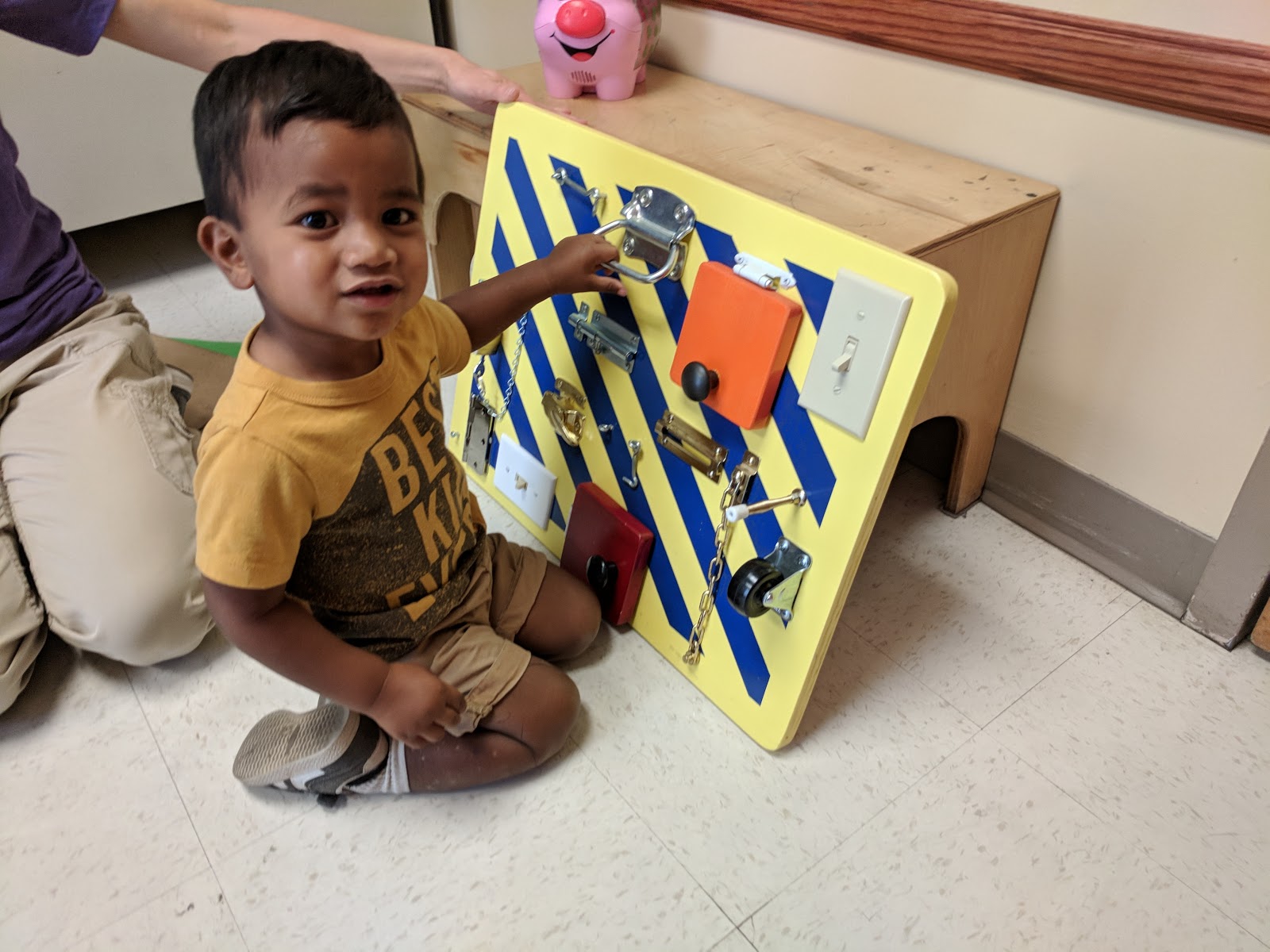 Earth has been in speech therapy for almost three months now and he's making amazing progress.  He was initially assessed as being over a year behind the average two-year-old.  He had a vocabulary of about 25 words and wasn't making any combinations.  We were also having some major behavior problems because Earth was getting frustrated that he couldn't make himself understood better and be more independent.
He has come so far in just those three months!  He regularly uses two word combinations now and can make himself understood so much better.  So far the focus of his therapy has been on helping him ask for things, identify and say body parts, and identifying animals and making their sounds.  His speech therapist is very happy with his progress and is going to start working with him on better sound production and articulation this week.
Here's a little video that I made of Earth practicing his animal sounds:
I know that animal sounds may not sound like much but after struggling for so long to get services for Fire, it's gratifying to have them be so helpful to Earth.  I even love hearing him tell me "No!"
Labels: Earth