Parade of Lights and Scuba Santa 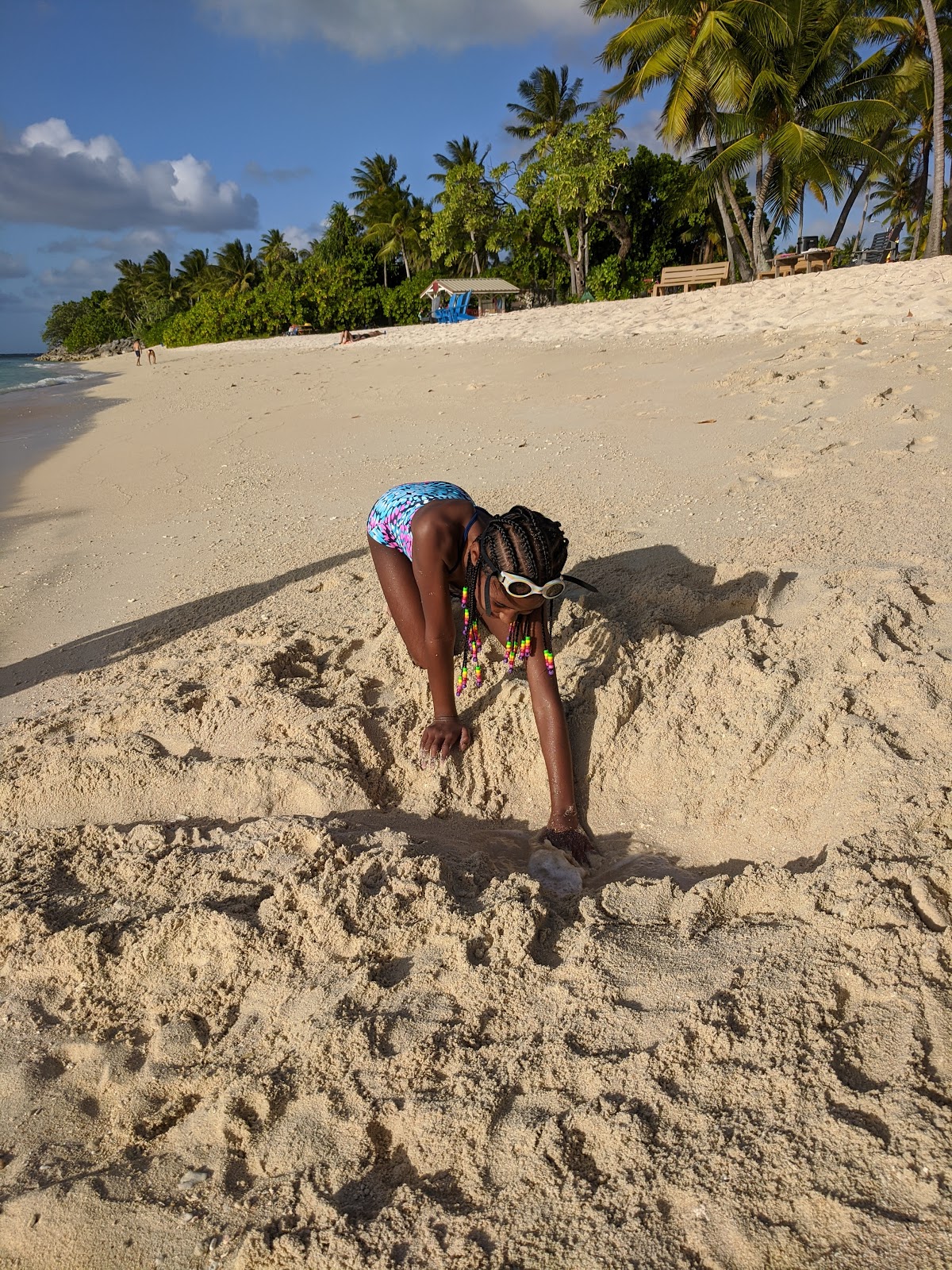 So much of Kwaj life revolves around the beach so just one night after the family arrived, we headed back there for the annual Parade of Lights and Scuba Santa event.

The boys spent some time on the playground, 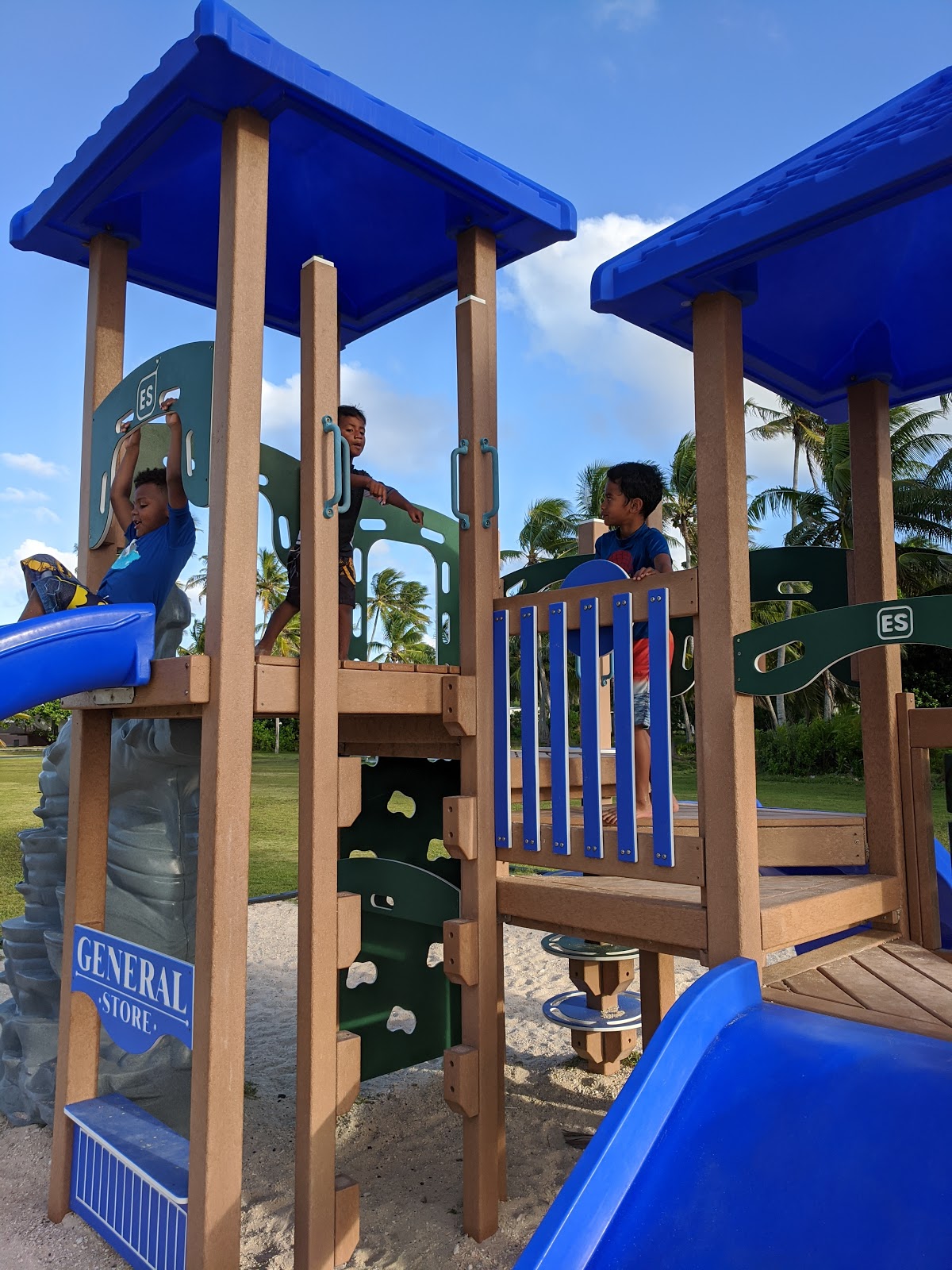 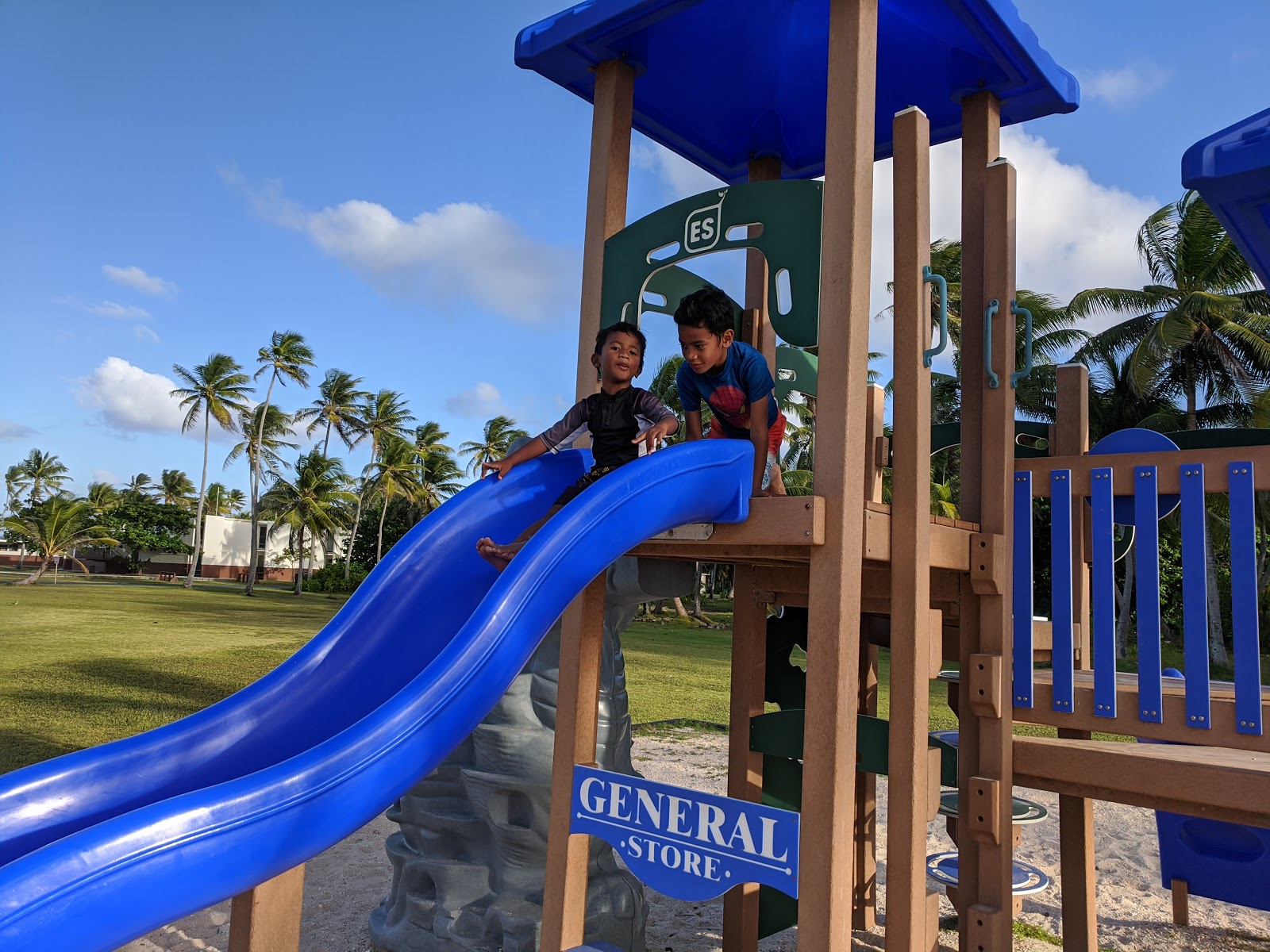 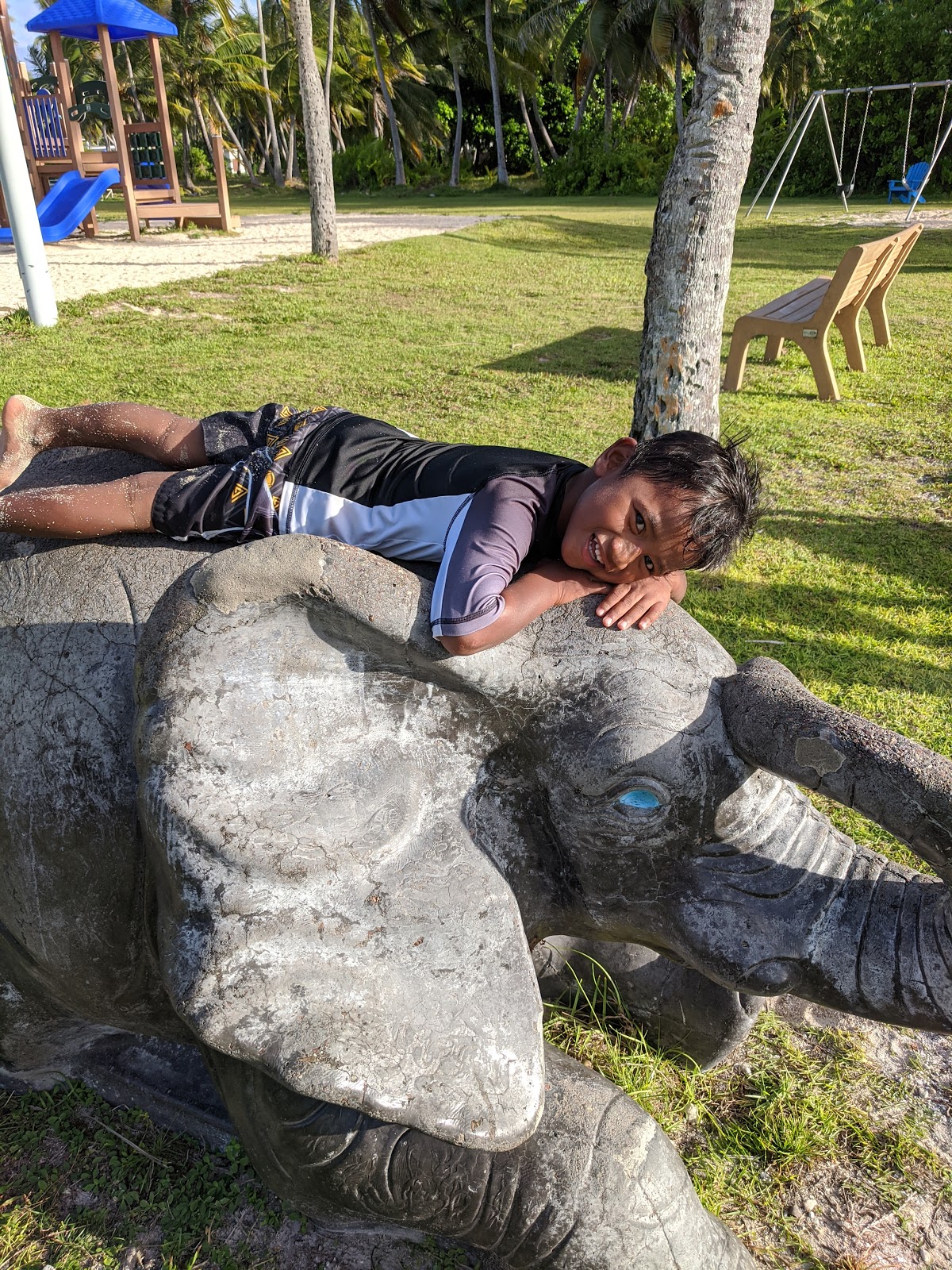 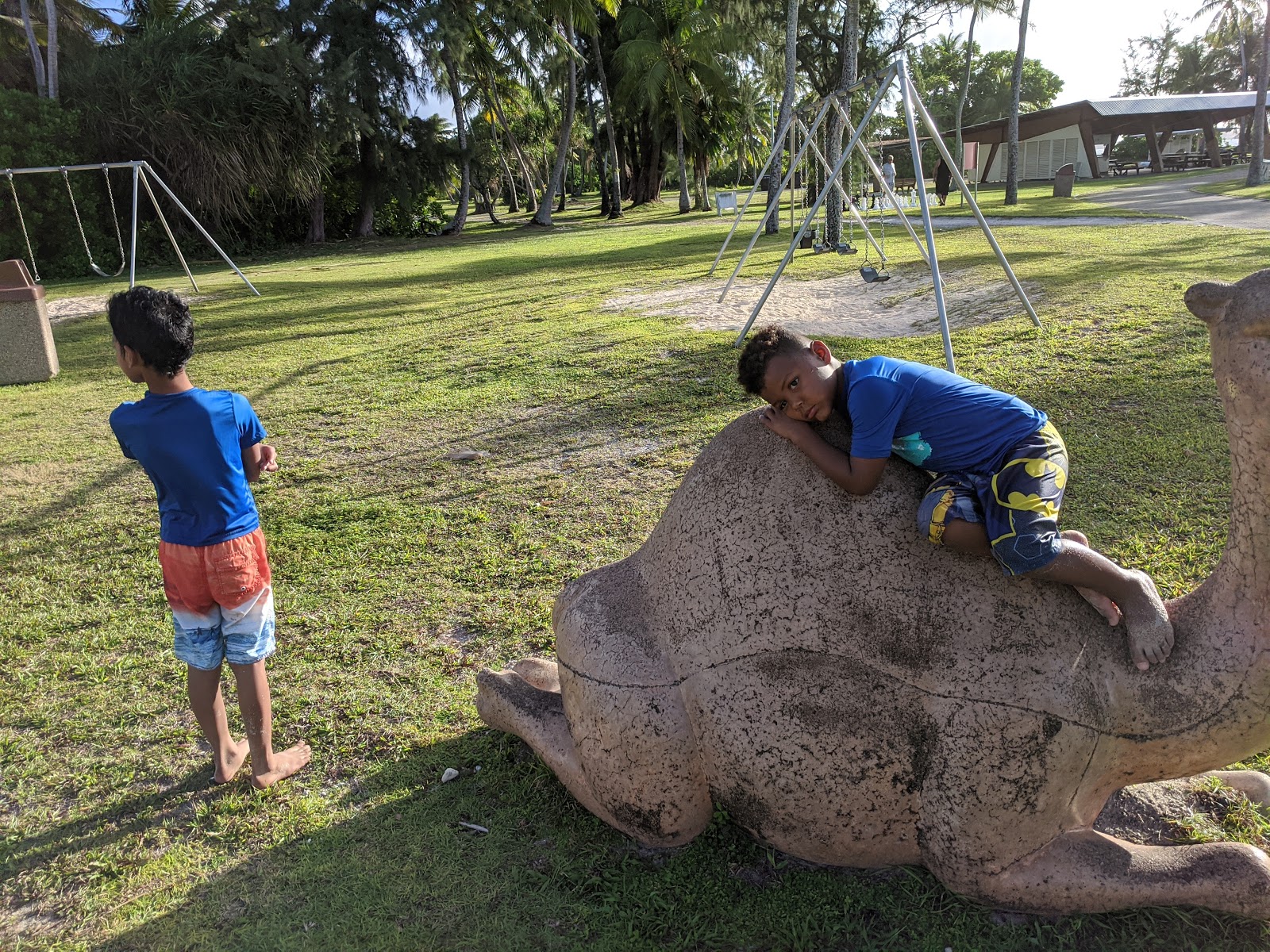 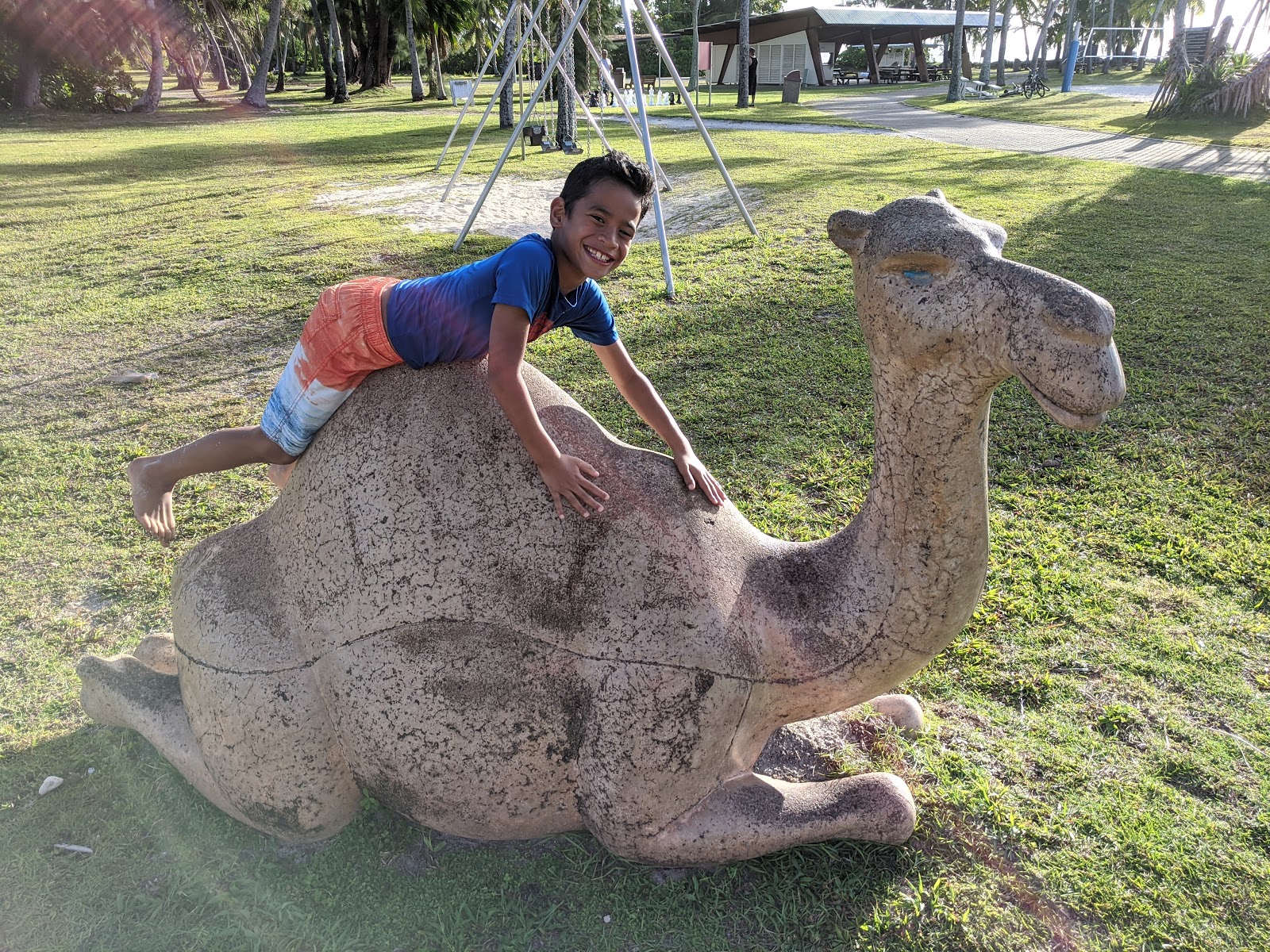 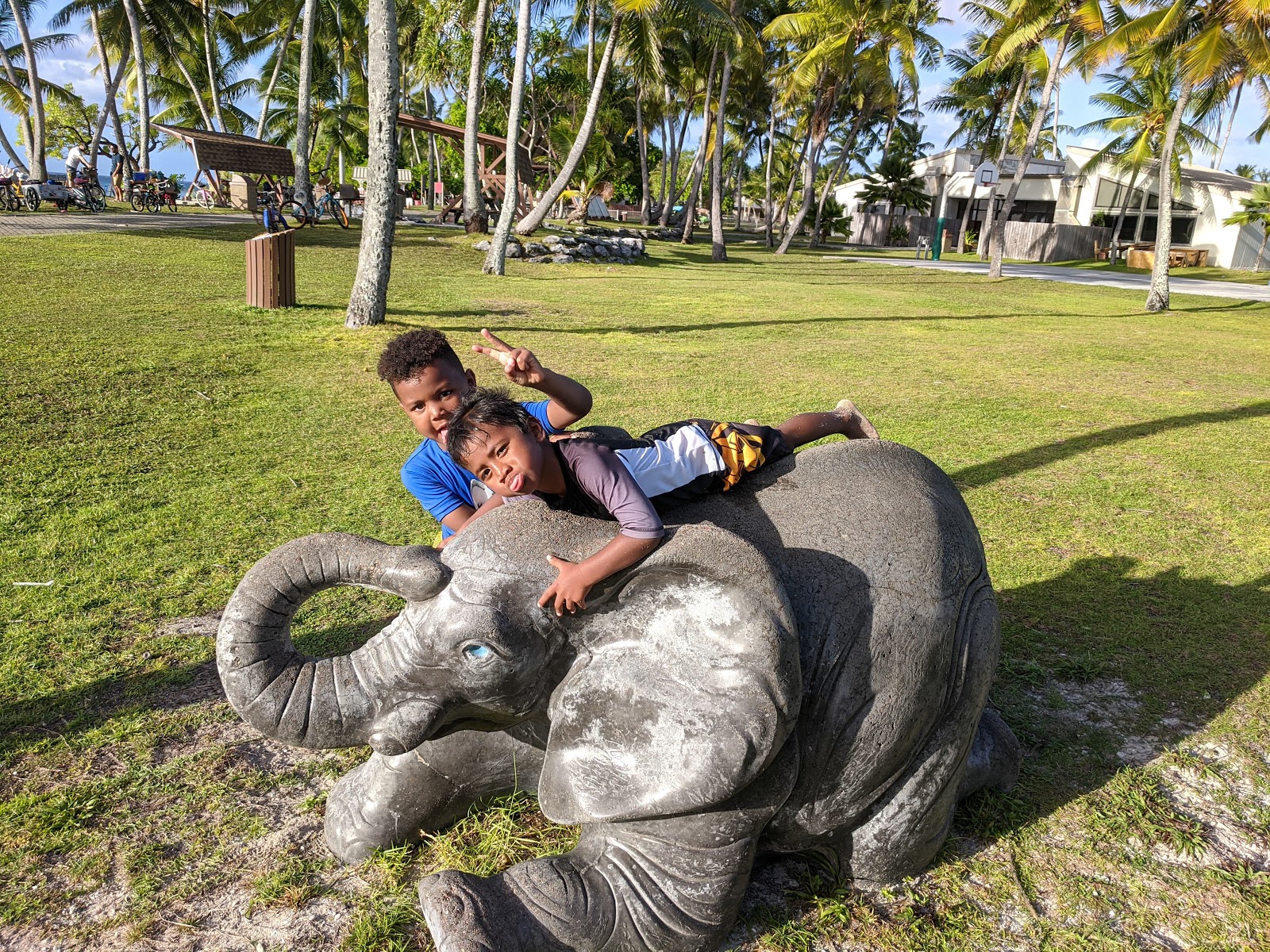 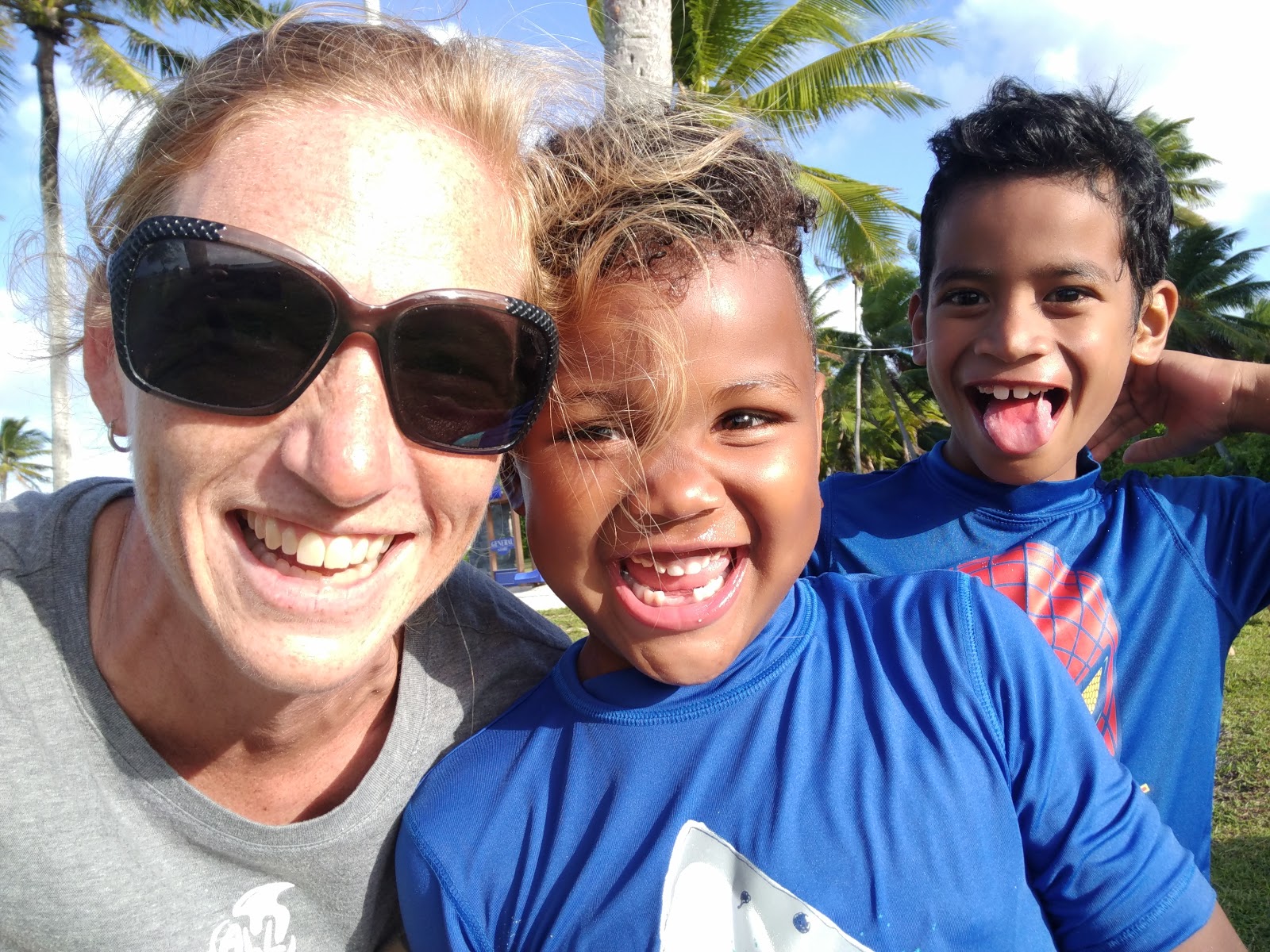 and some good friends joined us for a BBQ. 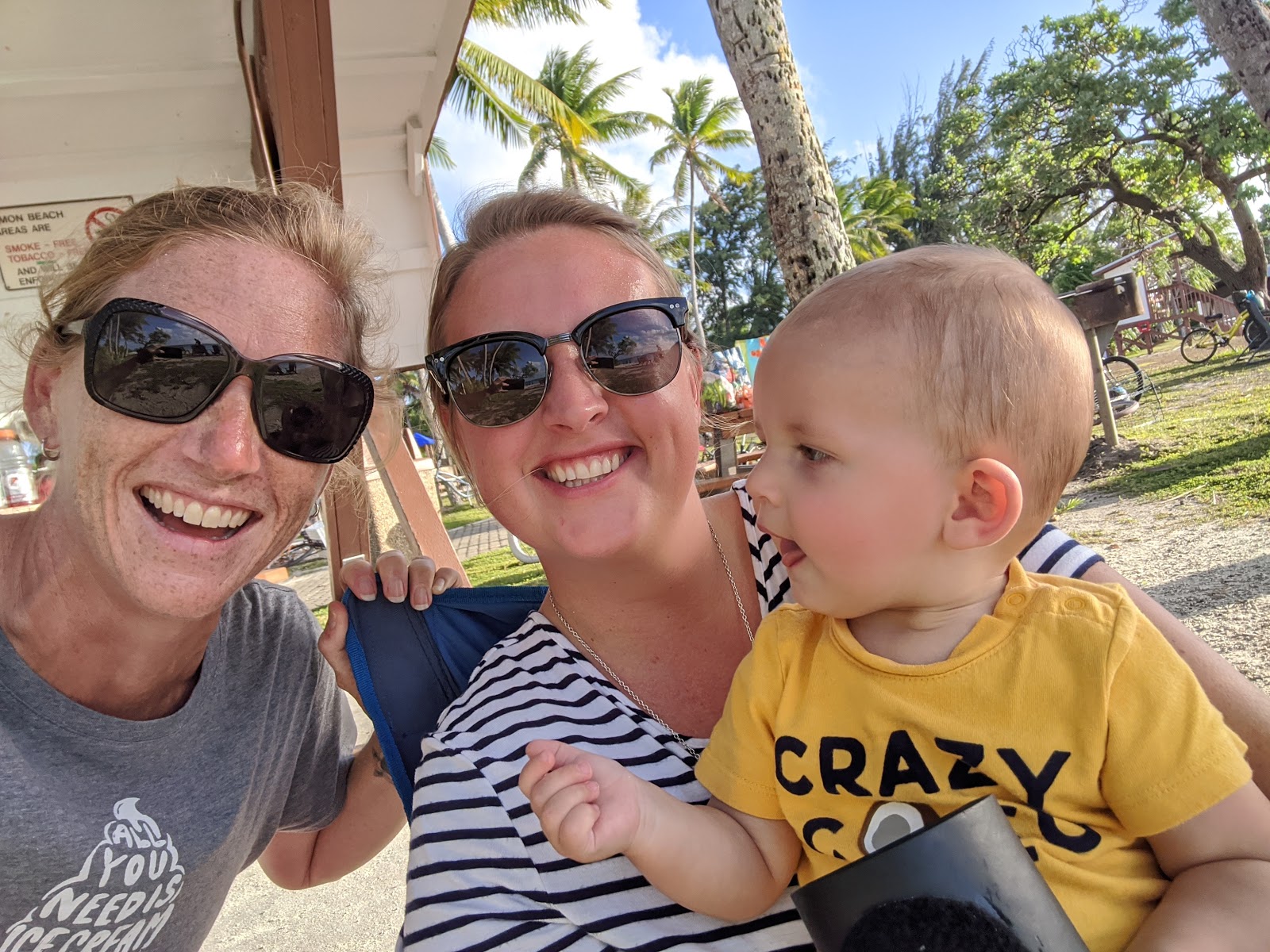 Before long the sun was setting and the boats, all lit up for the holidays, came sailing past the beach 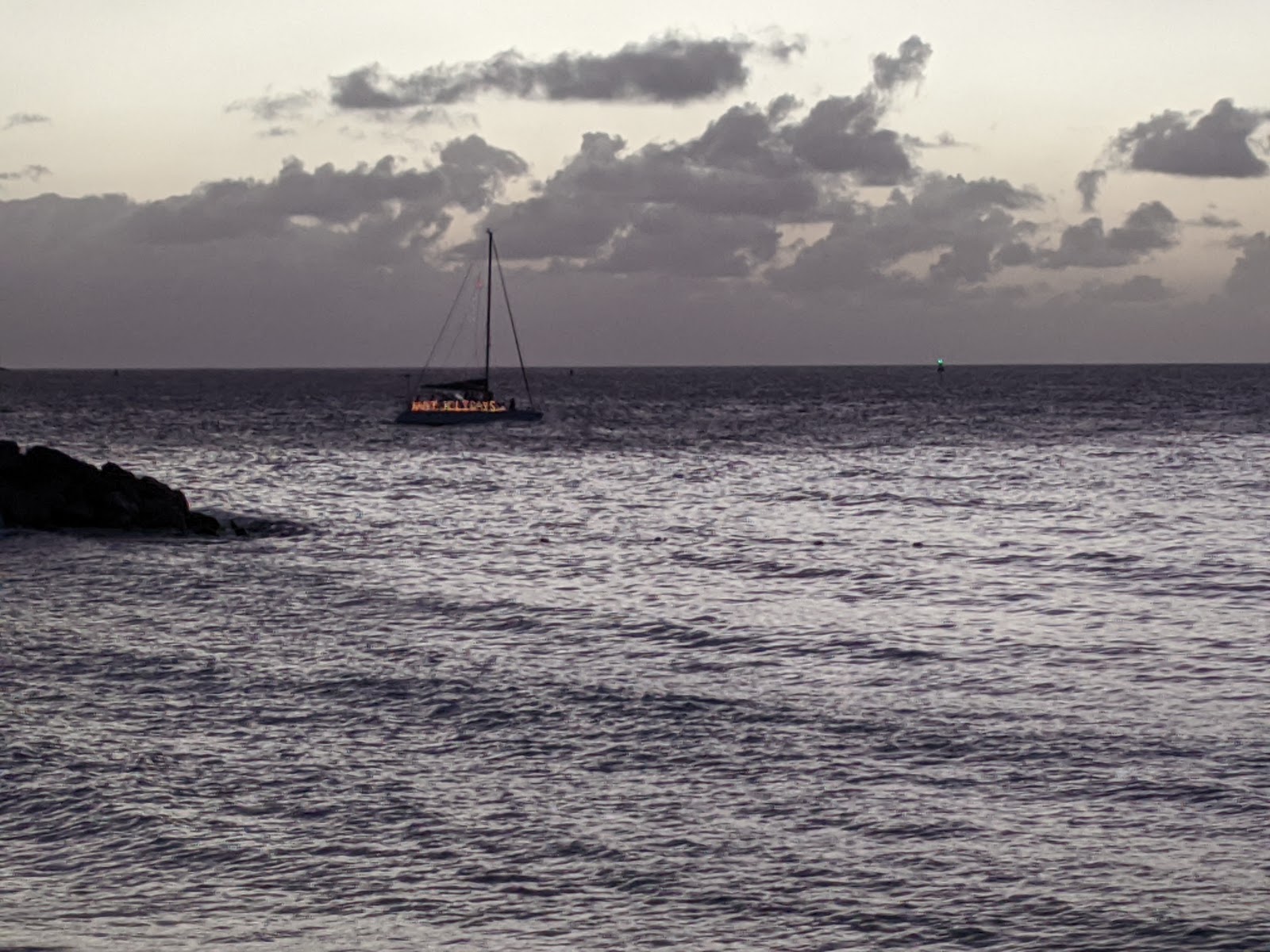 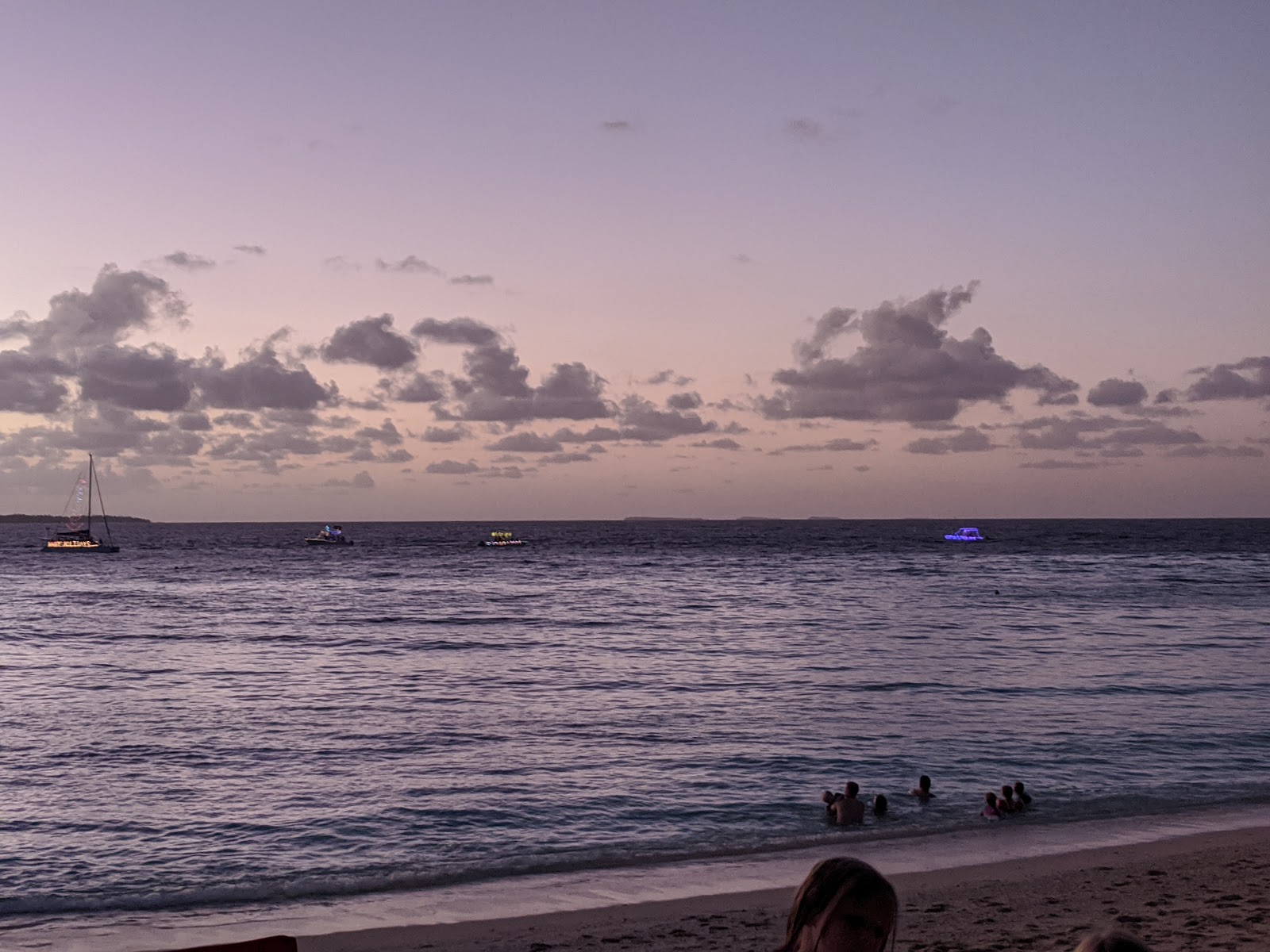 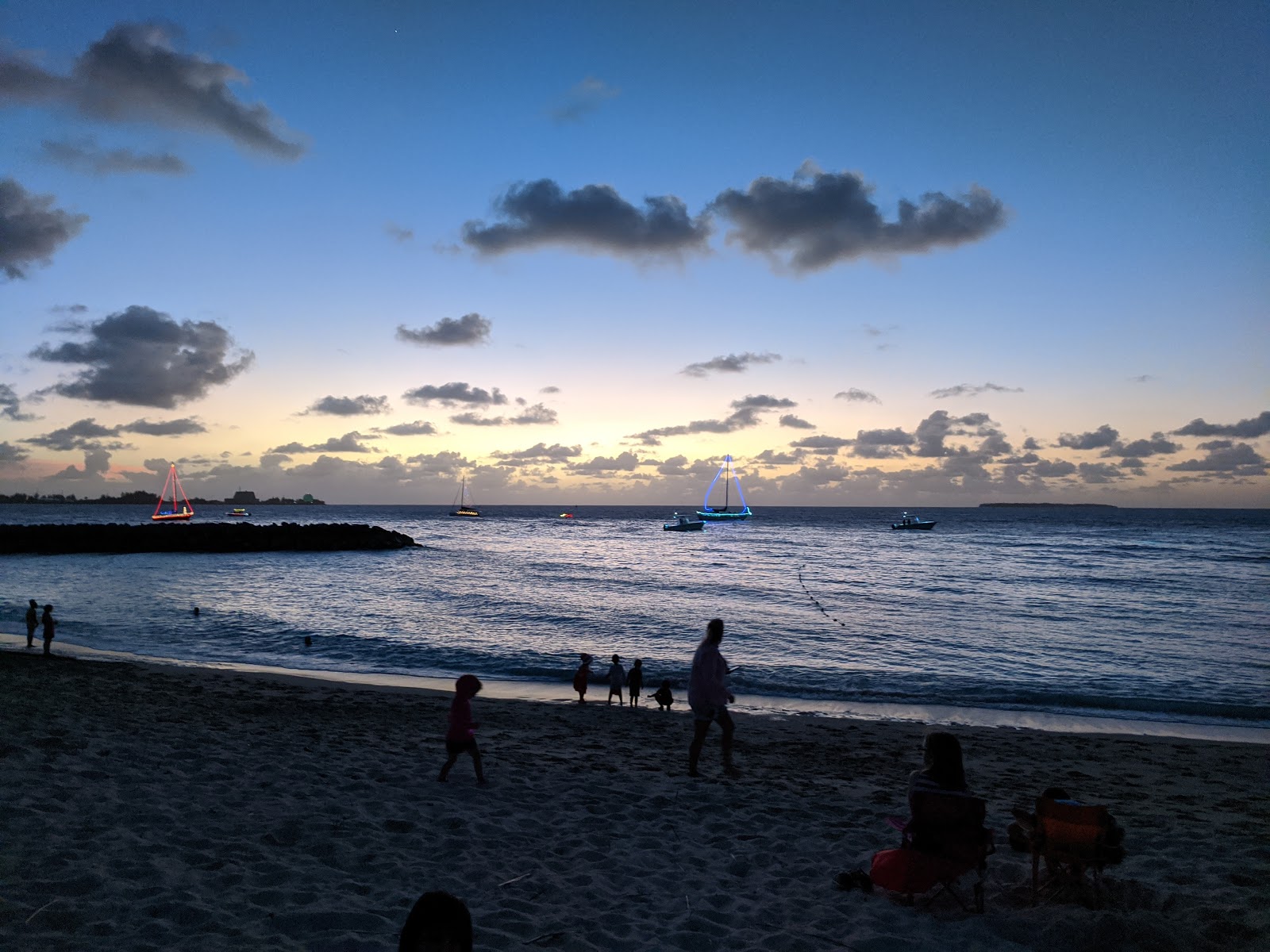 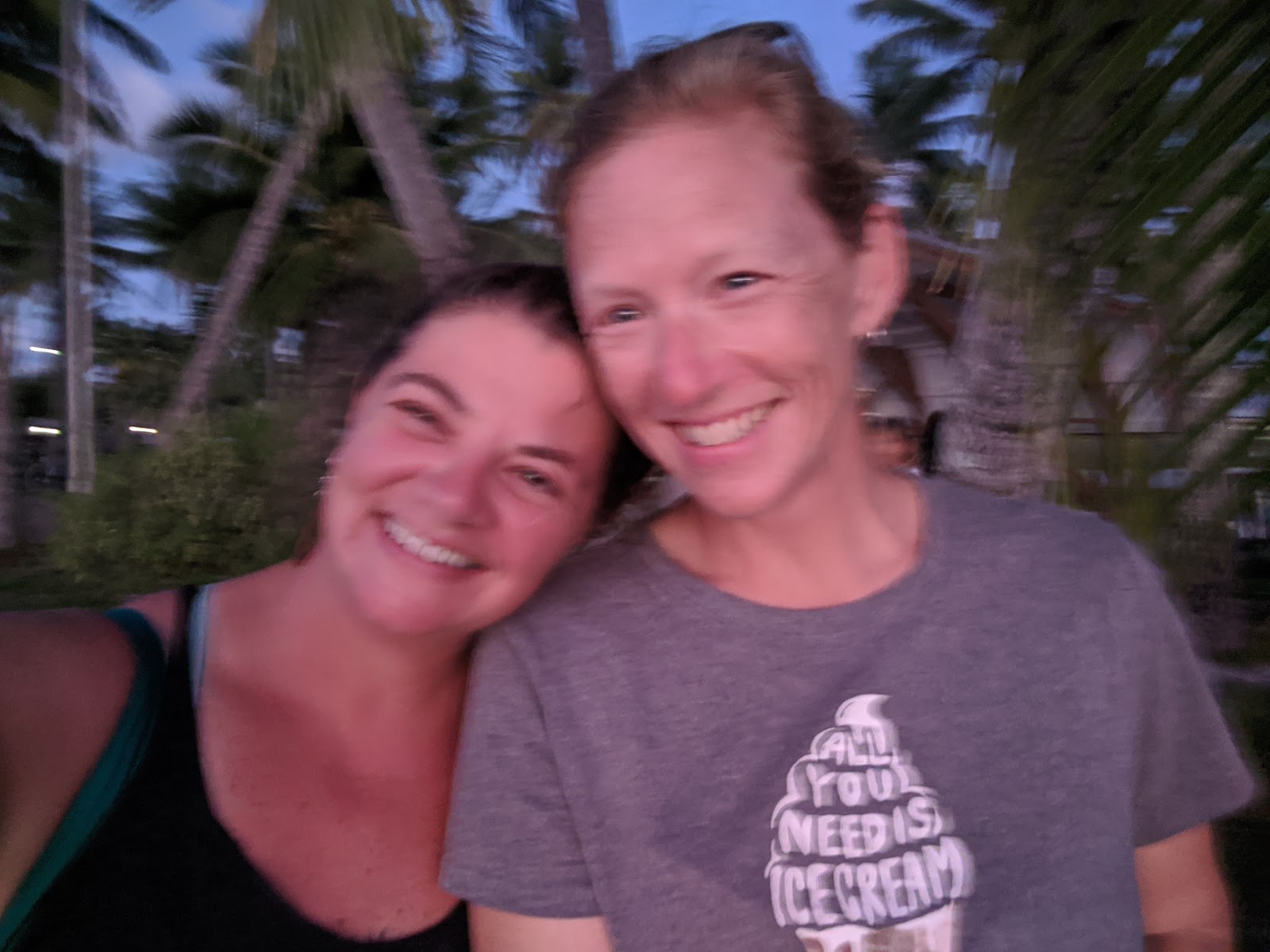 My sweet friend L. Don't know where I'd be without her!

Watching the lights and waiting for Scuba Santa with my boys 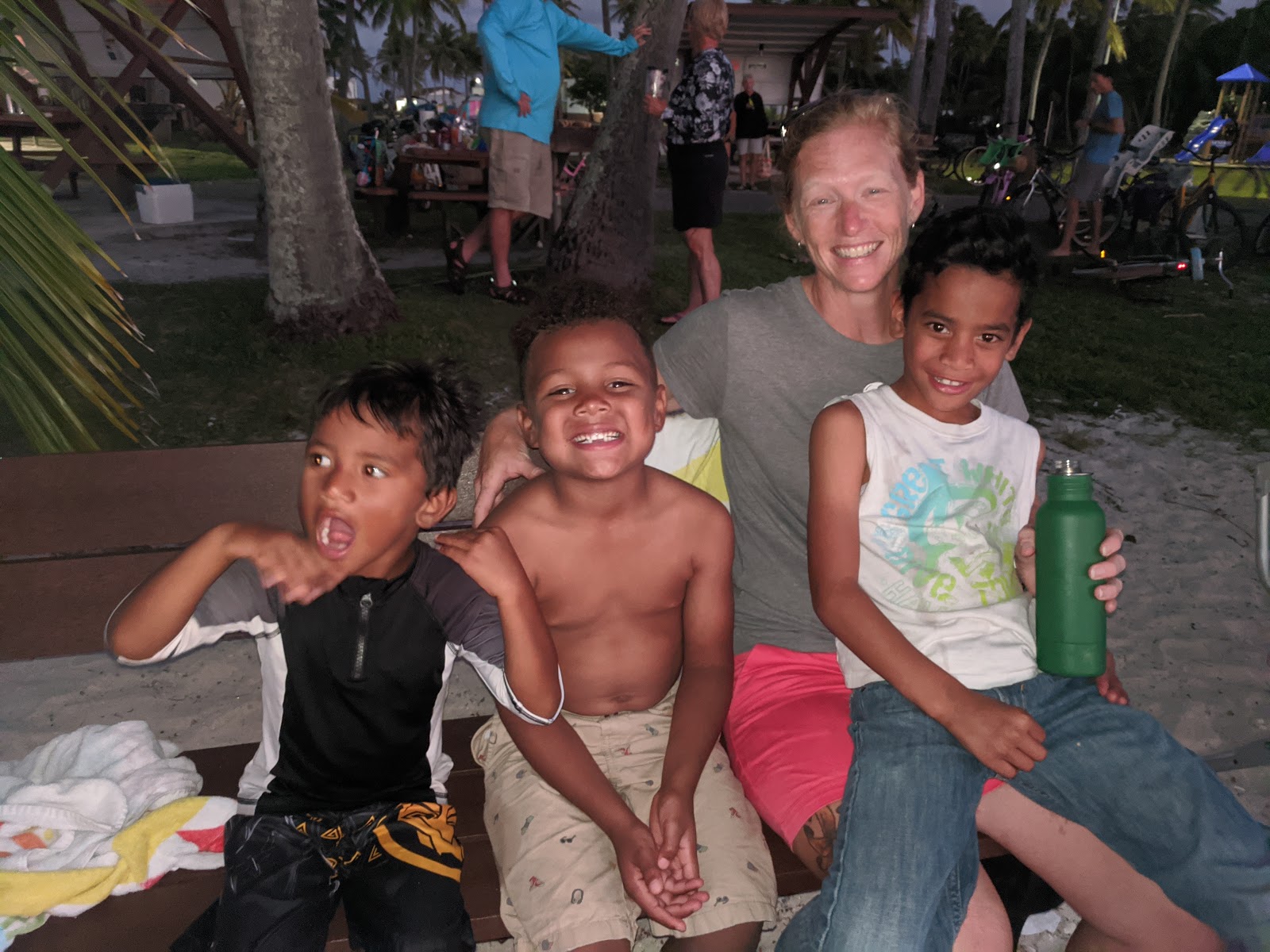 Before long, the elves were bringing the chem-light-decorated Christmas tree out of the water... 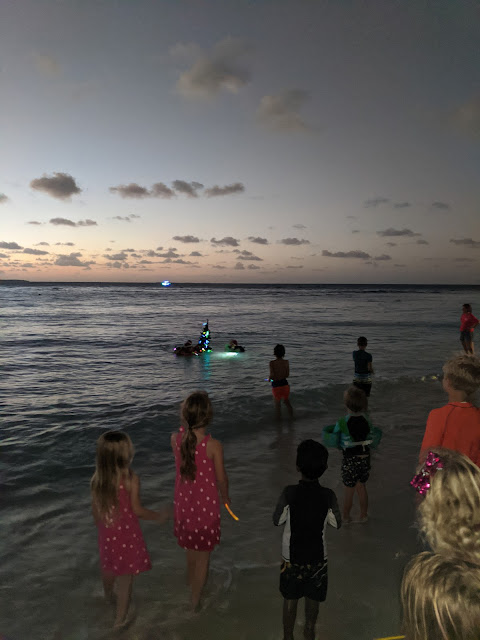 And there was Santa right behind them! 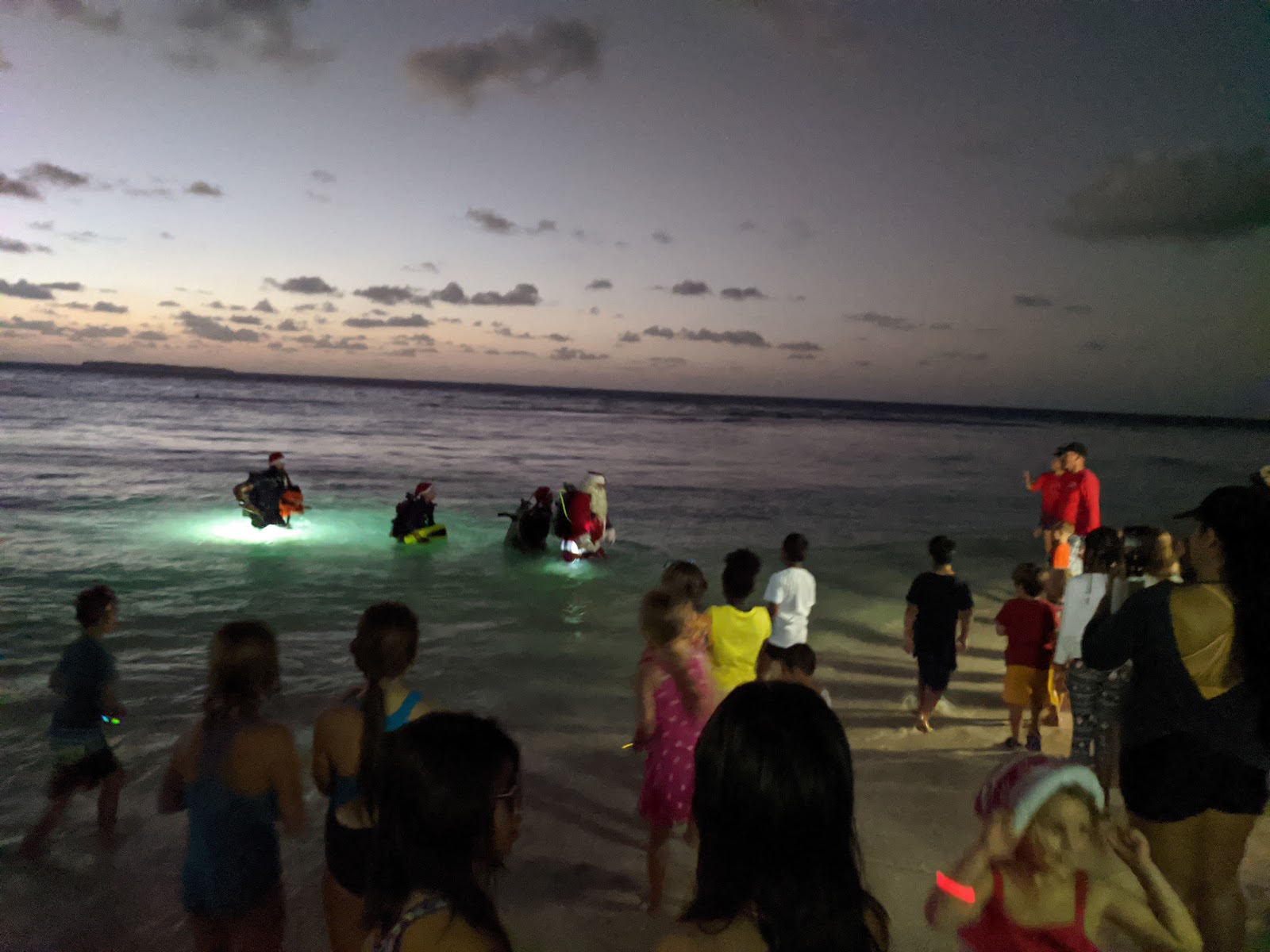 All the kids rushed up to the Scuba shack to see Santa, where he was greeted by the Grinch.  My boys kept asking if Santa and the Grinch were going to fight but I assured them that they were friends now that the Grinch's heart had grown! 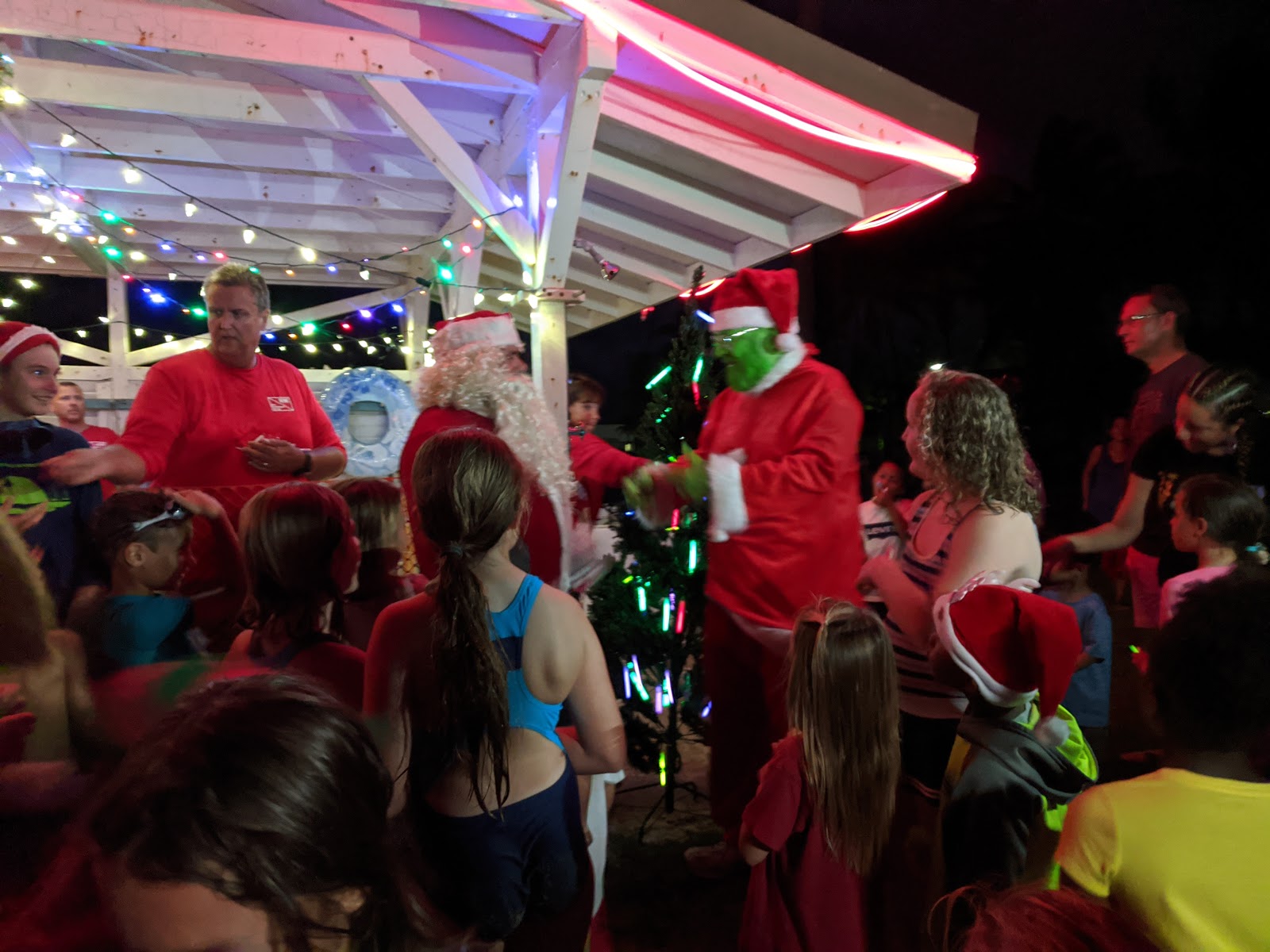 Another great Kwaj holiday event on the books!  I have missed so many of these small town traditions and I'm so thankful that we were able to do them as a family this year.
Labels: Earth Family Fire Kwaj Sky Water