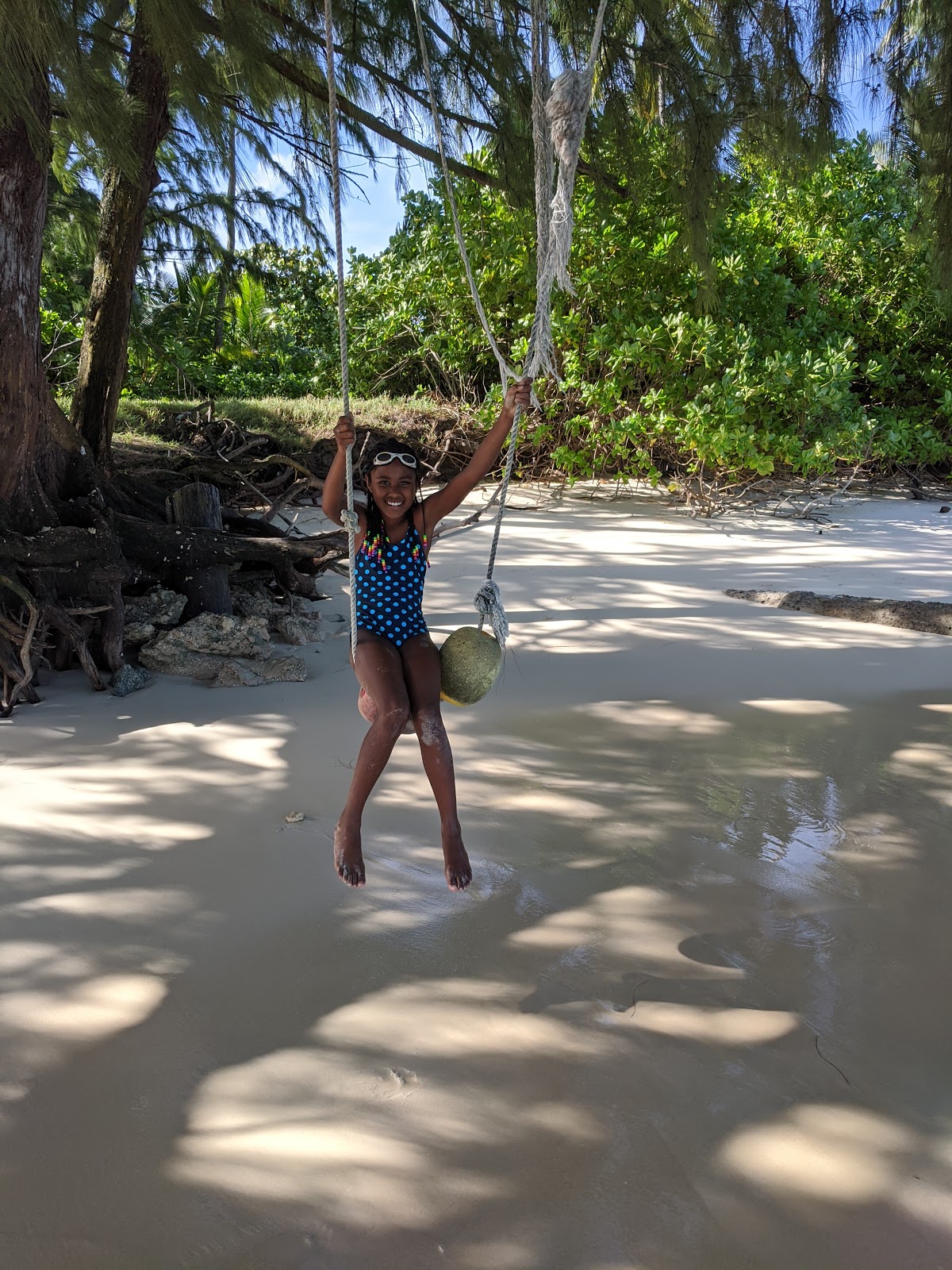 In the morning on New Year's Eve, D and I treated the kids to a cart ride out to the beach at Coral Sands.
The kids have always love how the swings, the trees, and the coral there before and this morning was no exception. 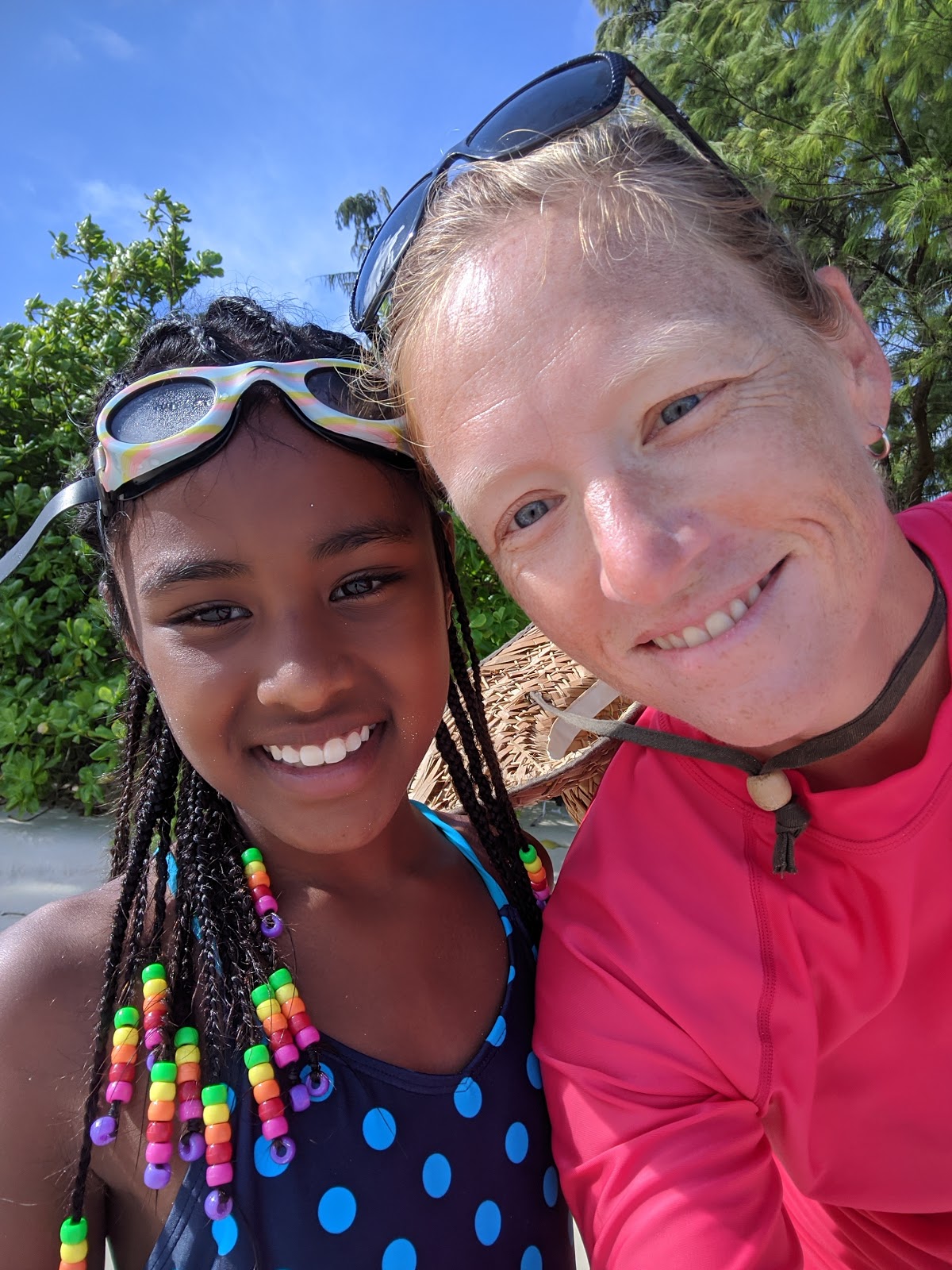 We found a jelly fish on the beach 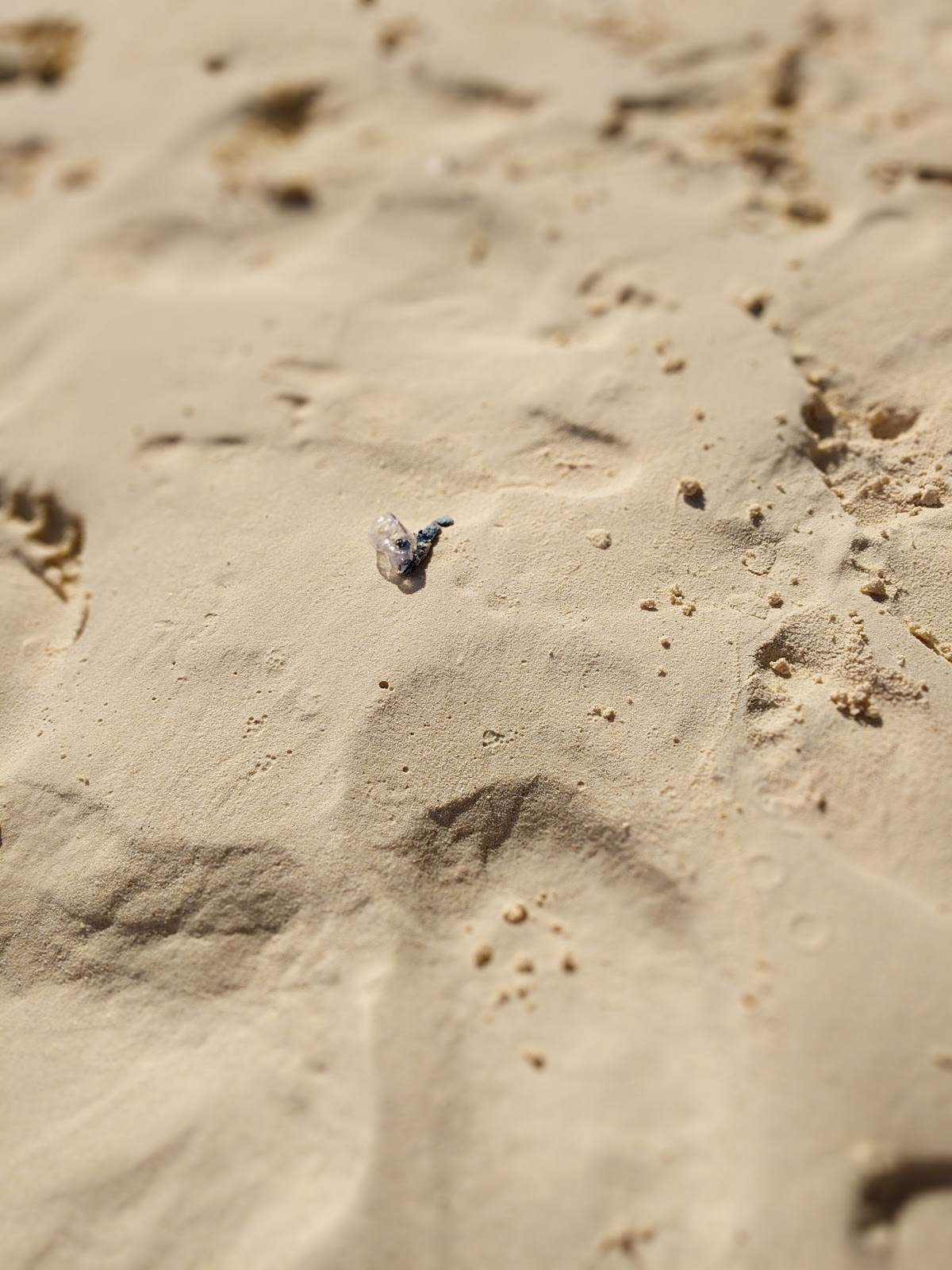 It was a blue bottle (also known as the Pacific man o' war jelly) and we were worried about the kids getting hurt by them but of course, the second we stopped telling the kids not to touch... 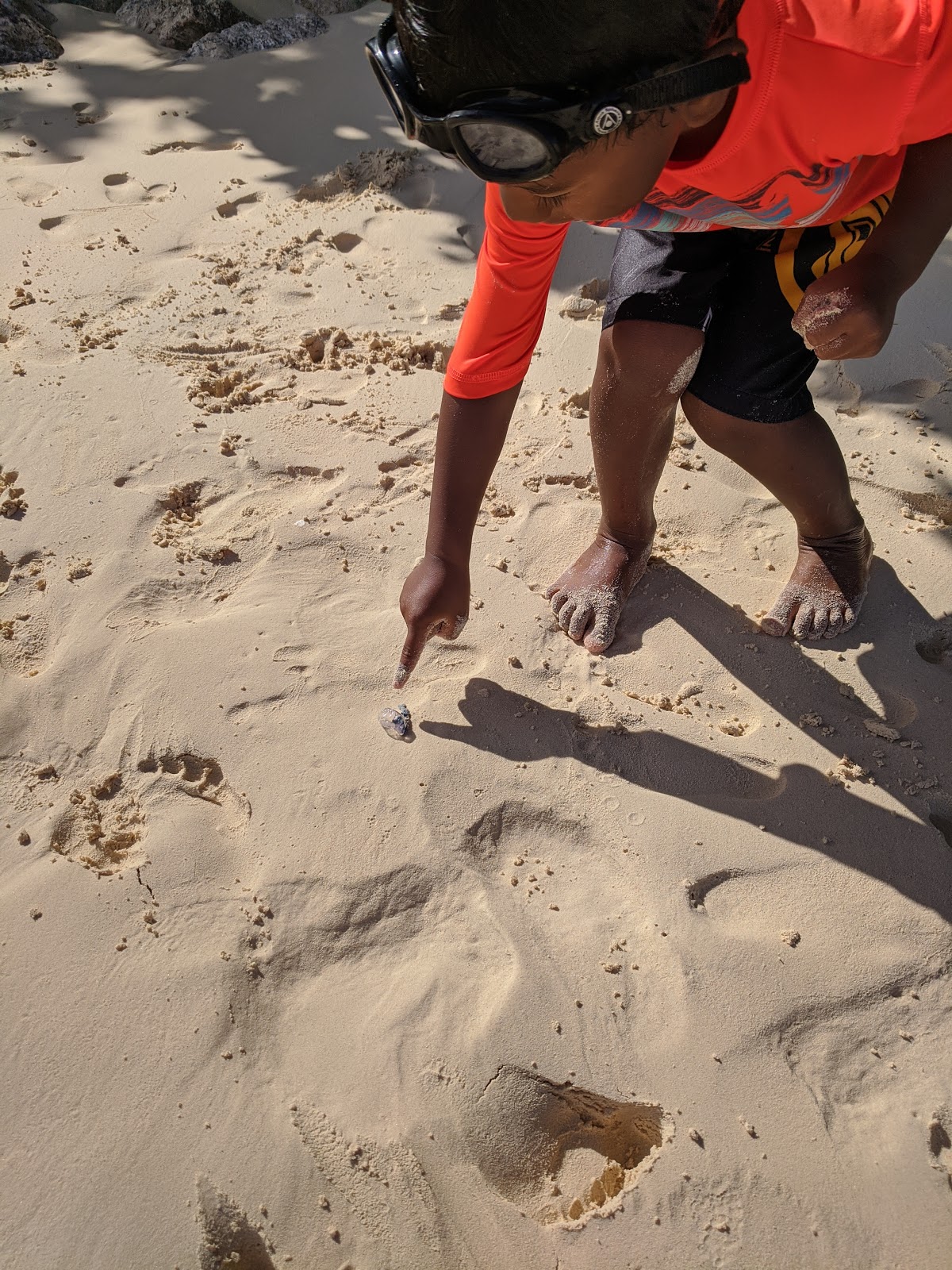 they did.  No one got stung, the kids got warned that they were lucky and could have been hurt really badly, and Earth eventually threw it back in the sea.

This kid wanted me to take his picture, this kid didn't want me to, 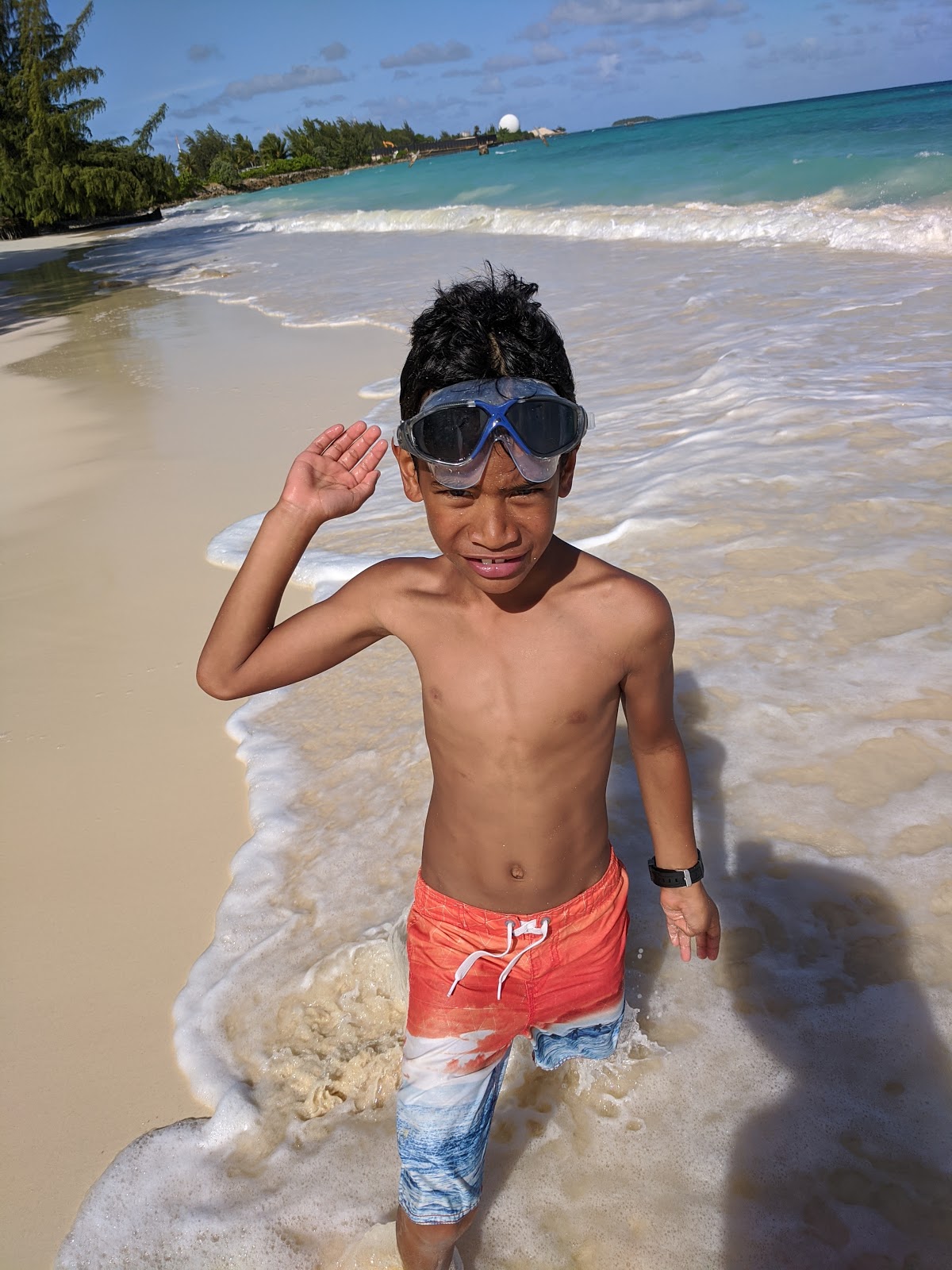 And this kid really, really wanted his picture taken! 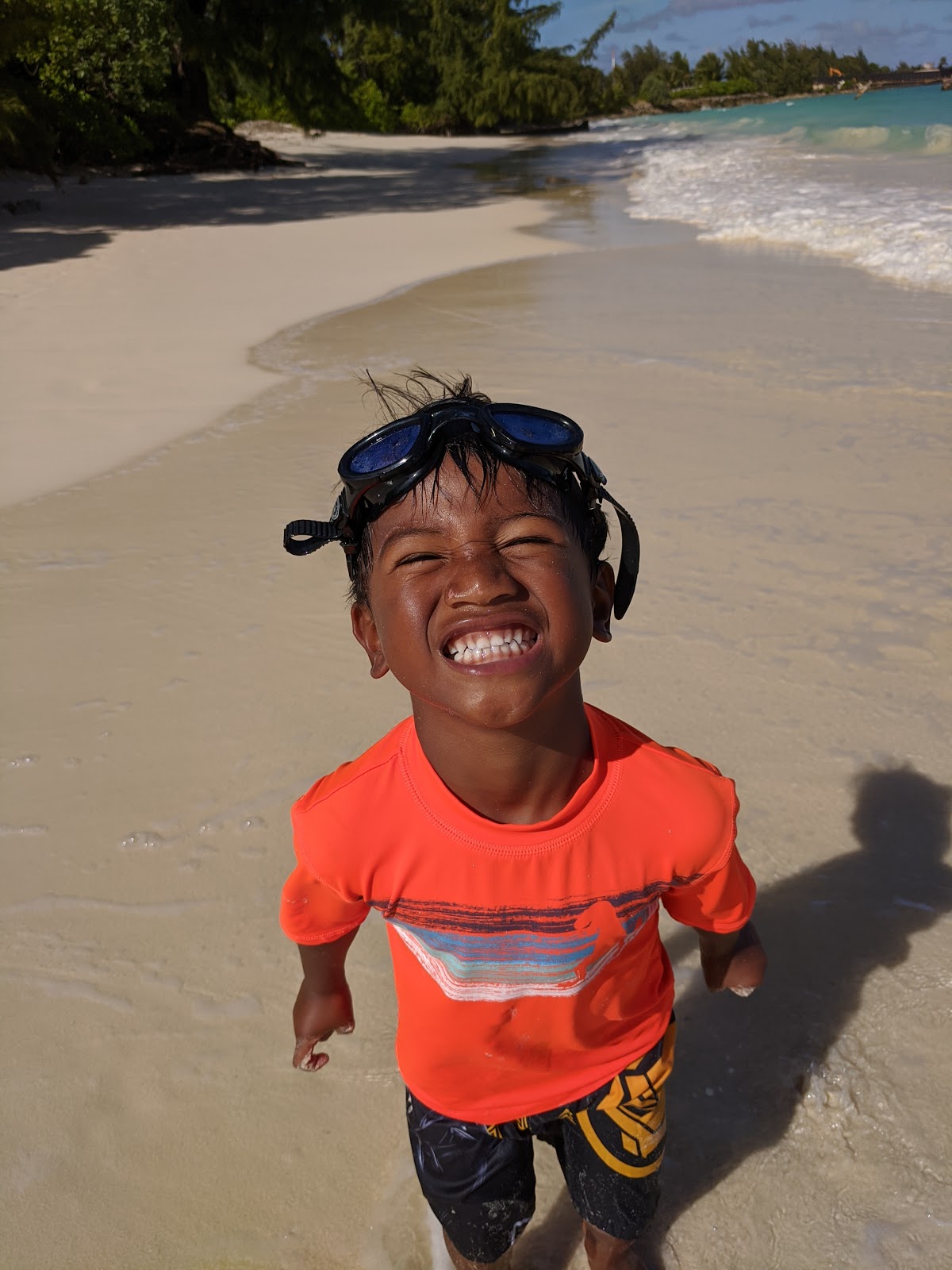 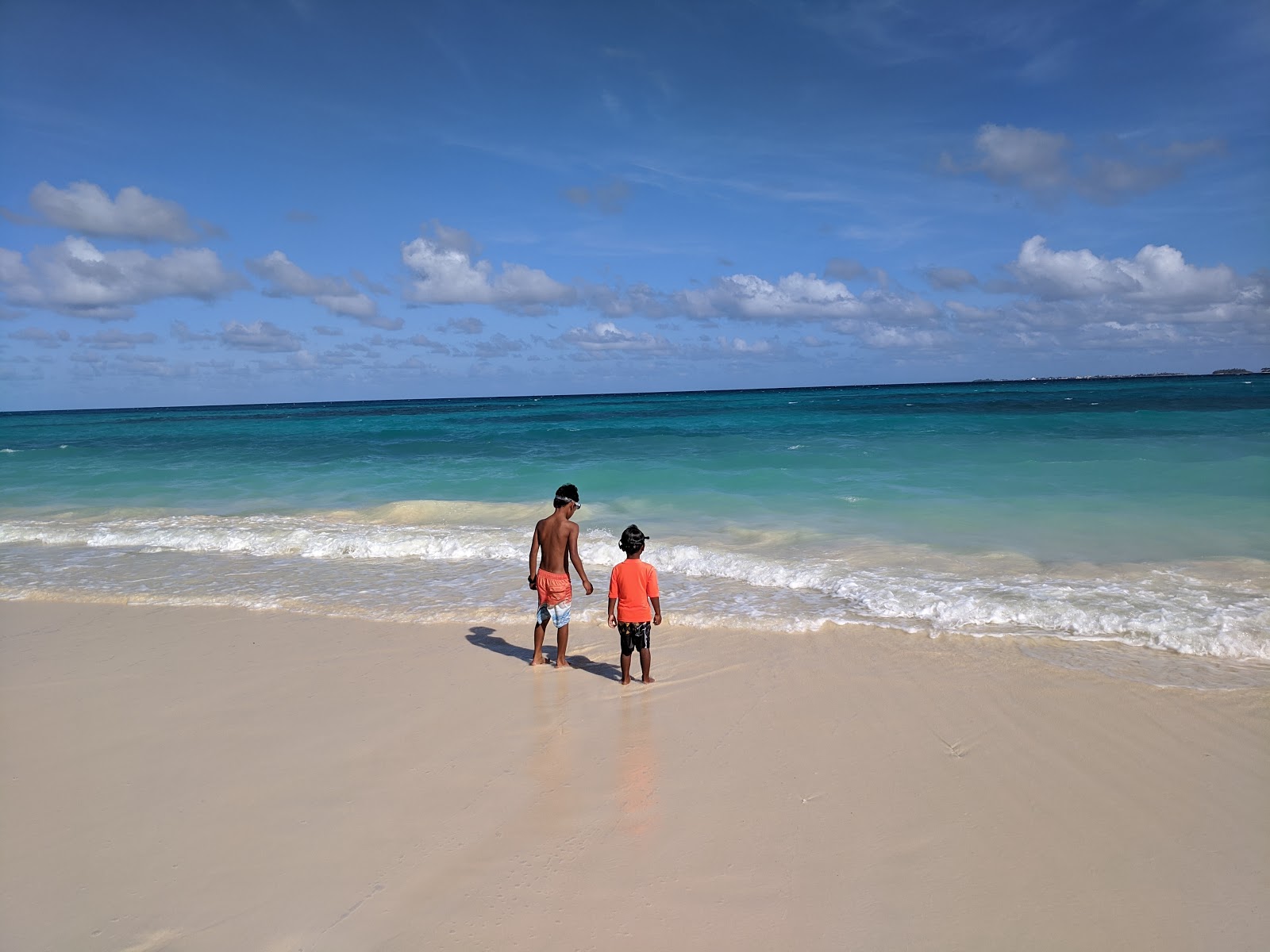 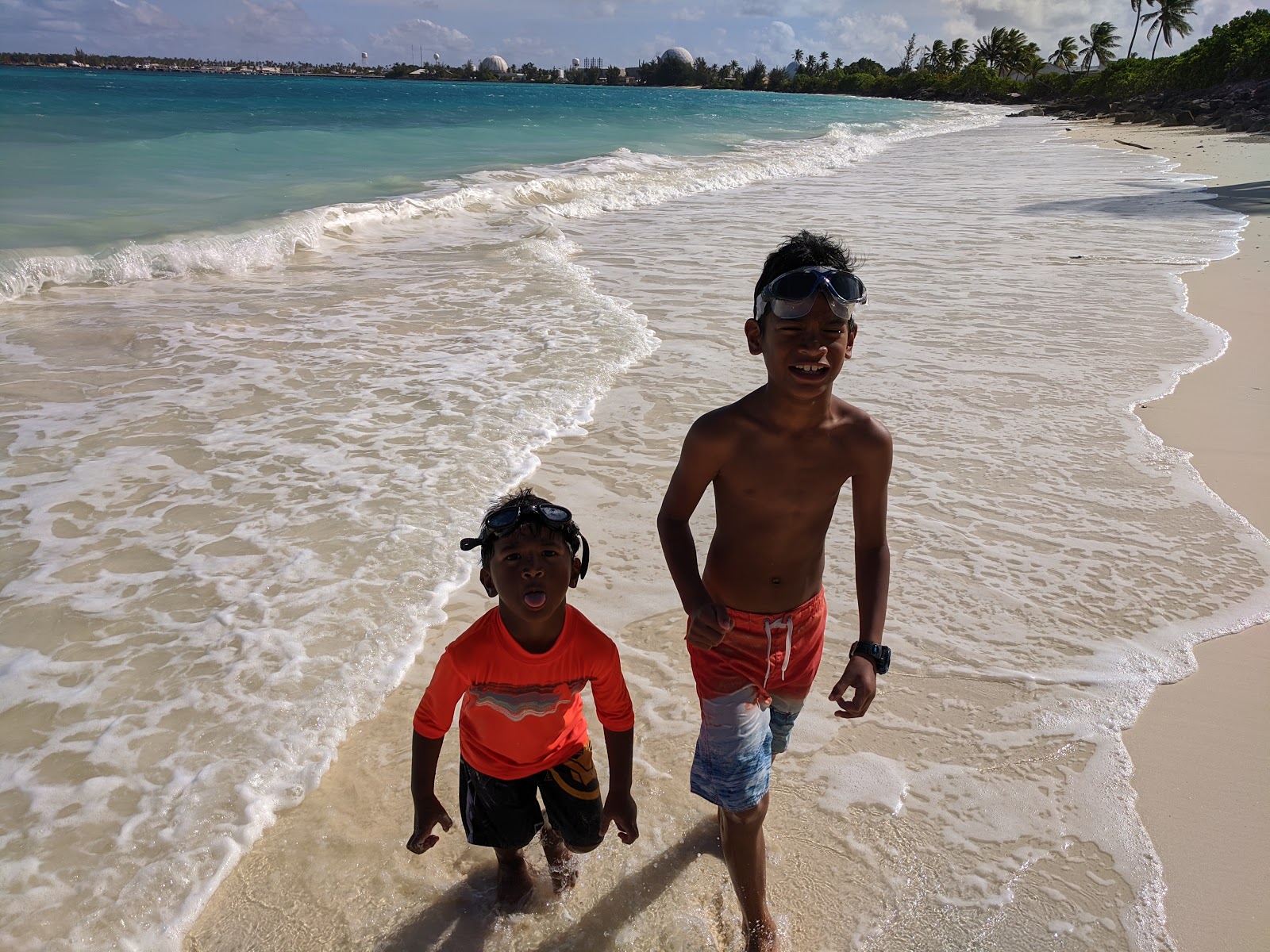 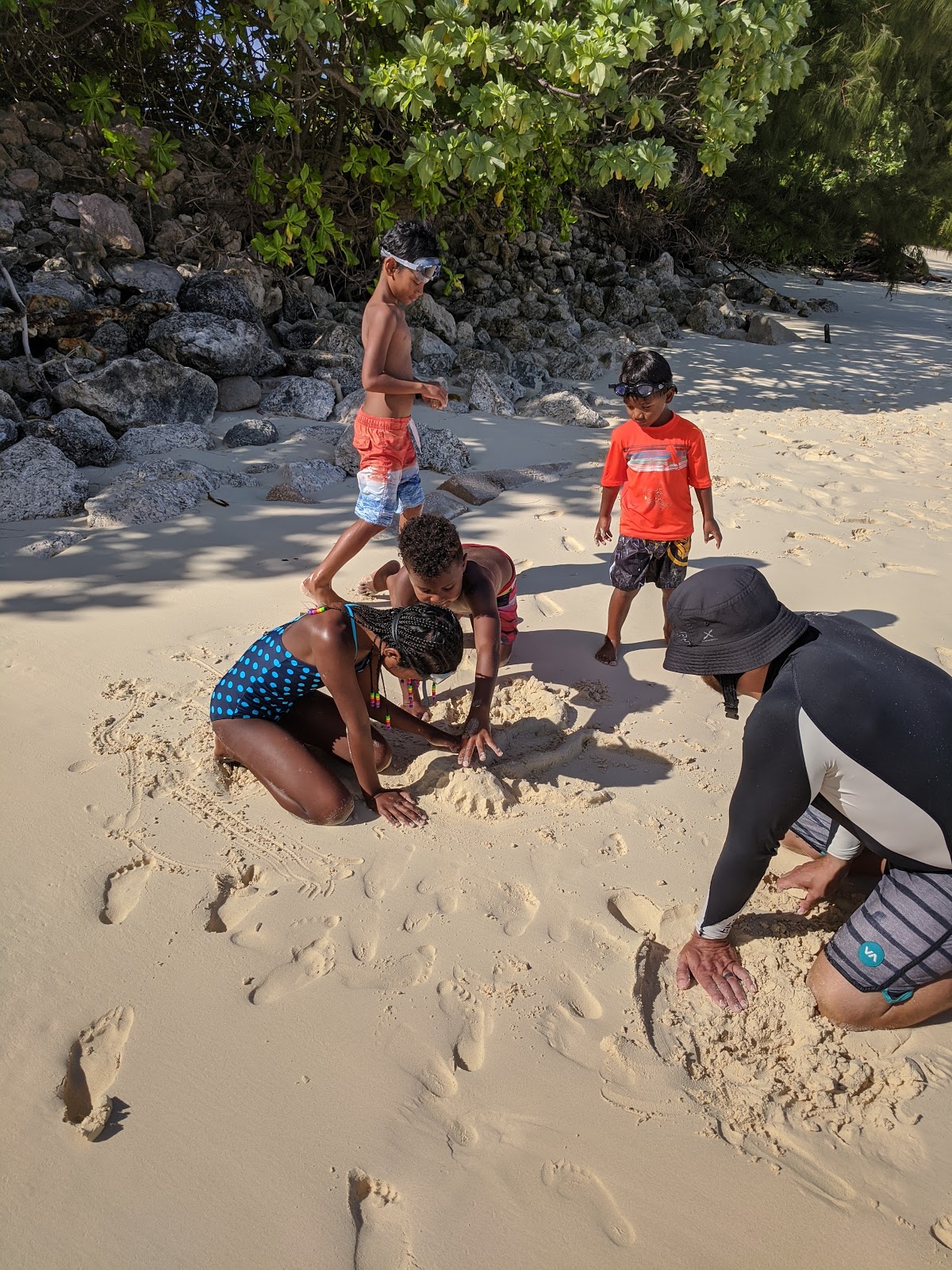 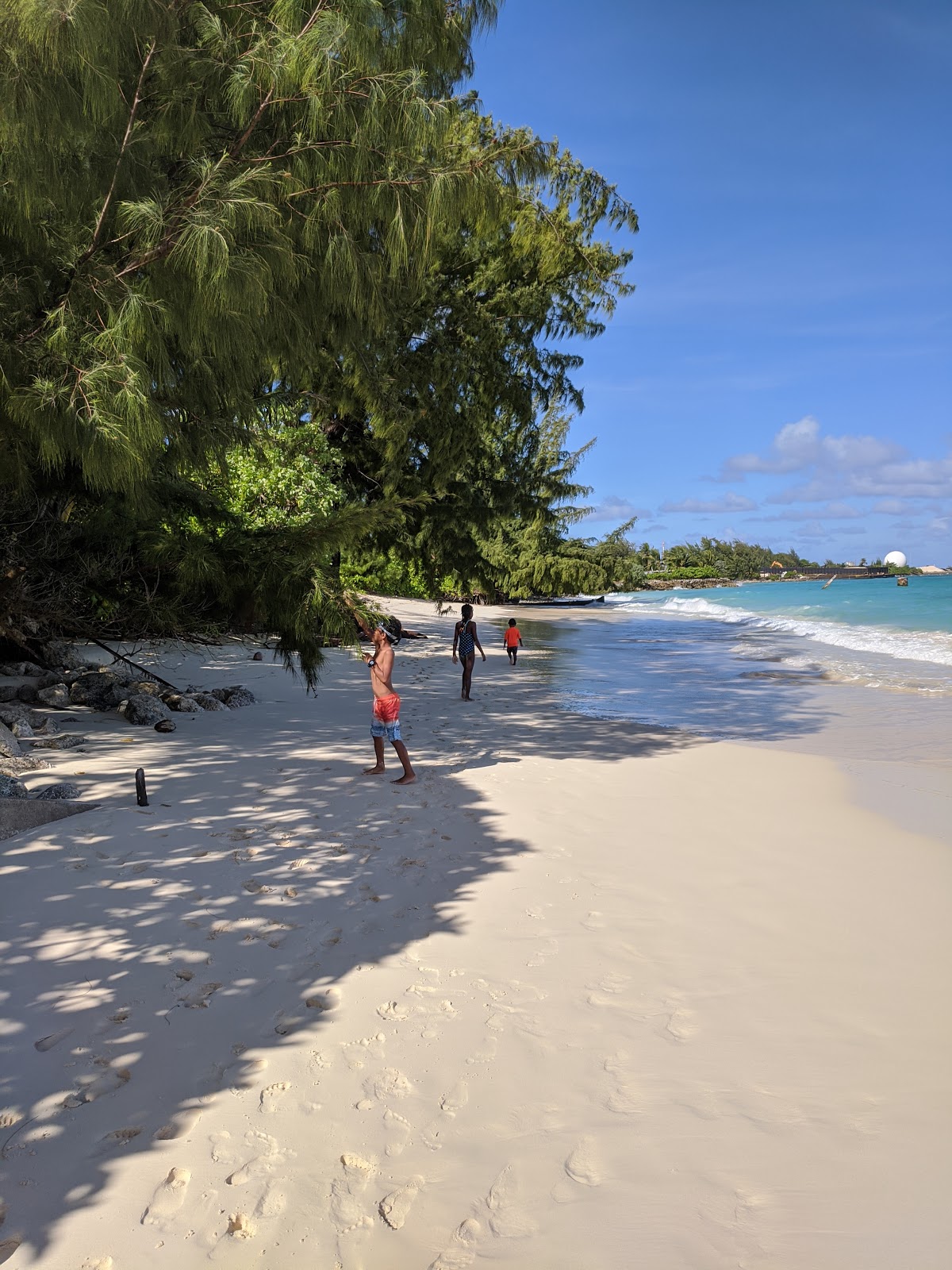 After lunch and quiet time at home, we headed out to Emon Beach for more swimming and a BBQ with friends.  I was too busy having fun and didn't hardly any pictures. 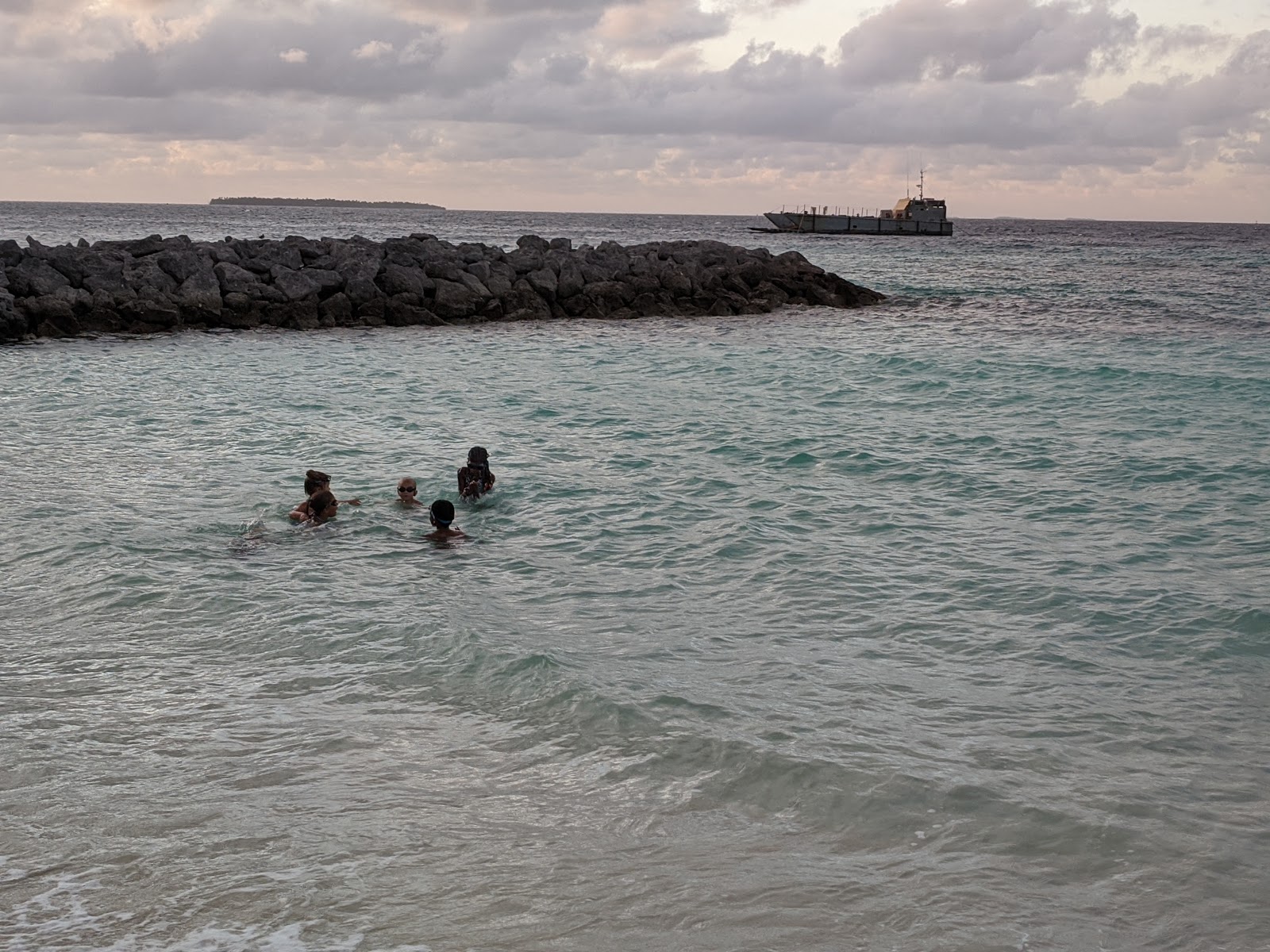 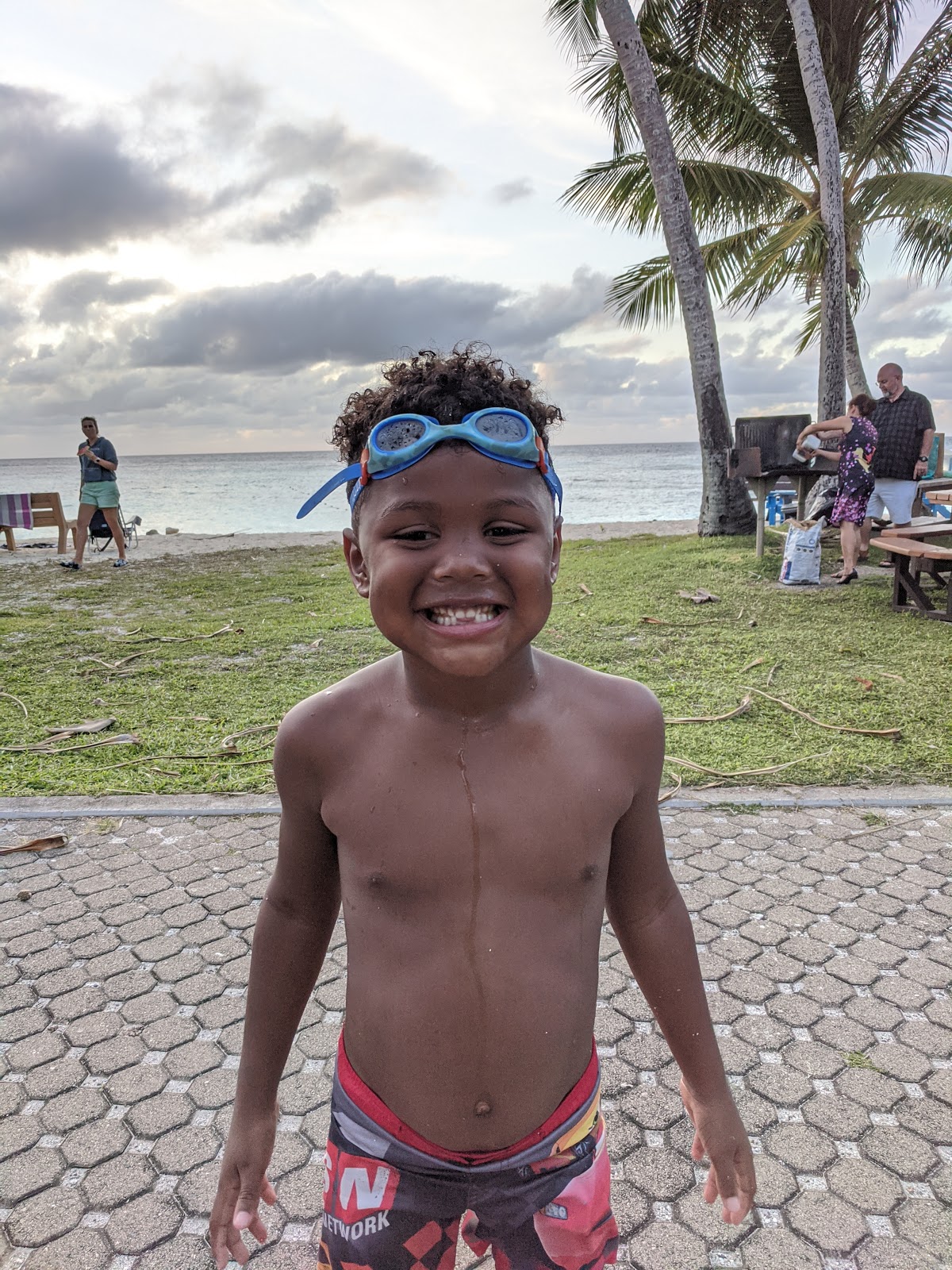 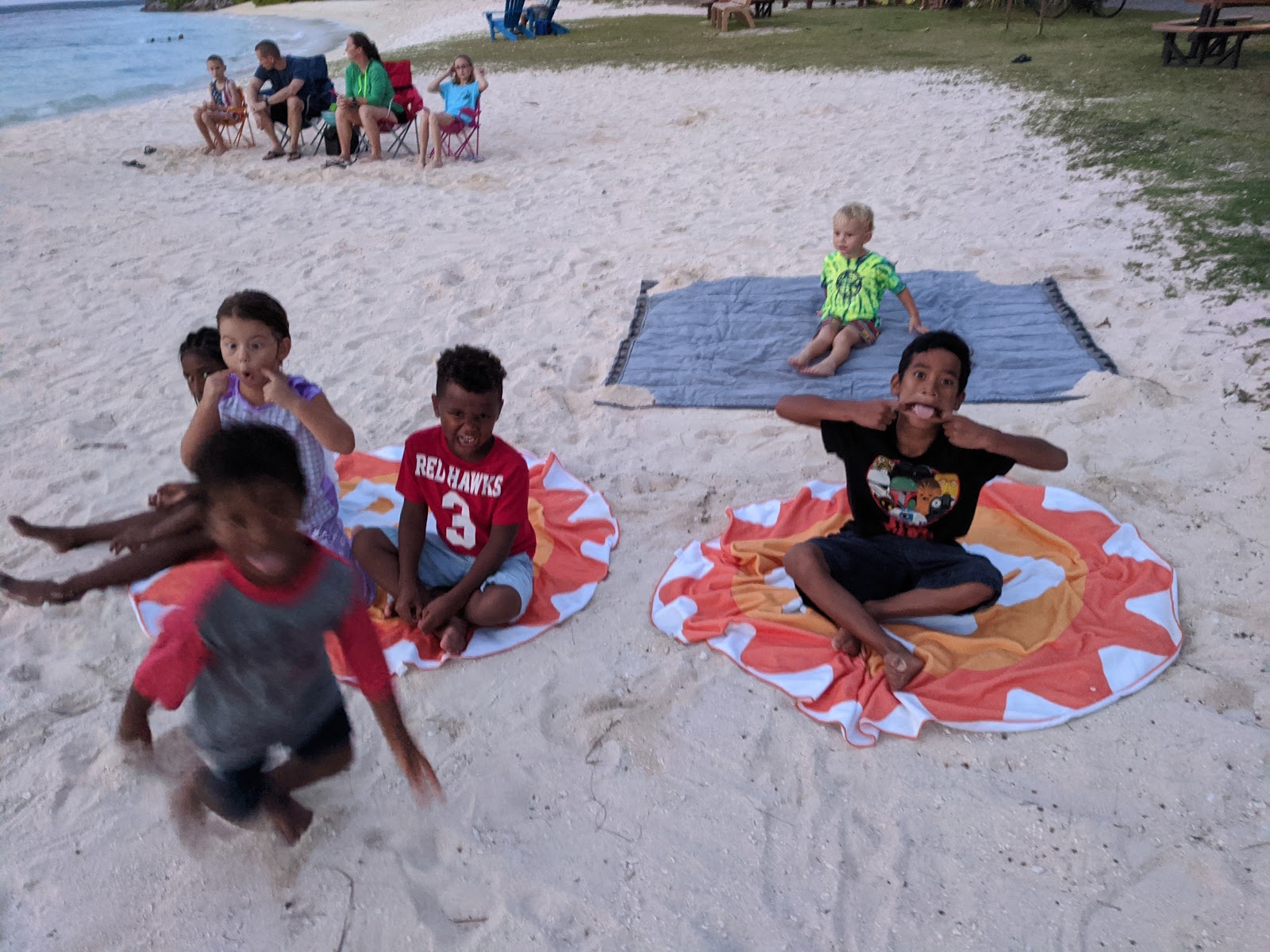 This was Water when we got home from the beach that evening.  He kept trying to get D to turn around and go back to the beach so he wouldn't miss the fireworks and then he just passed out on D's back! 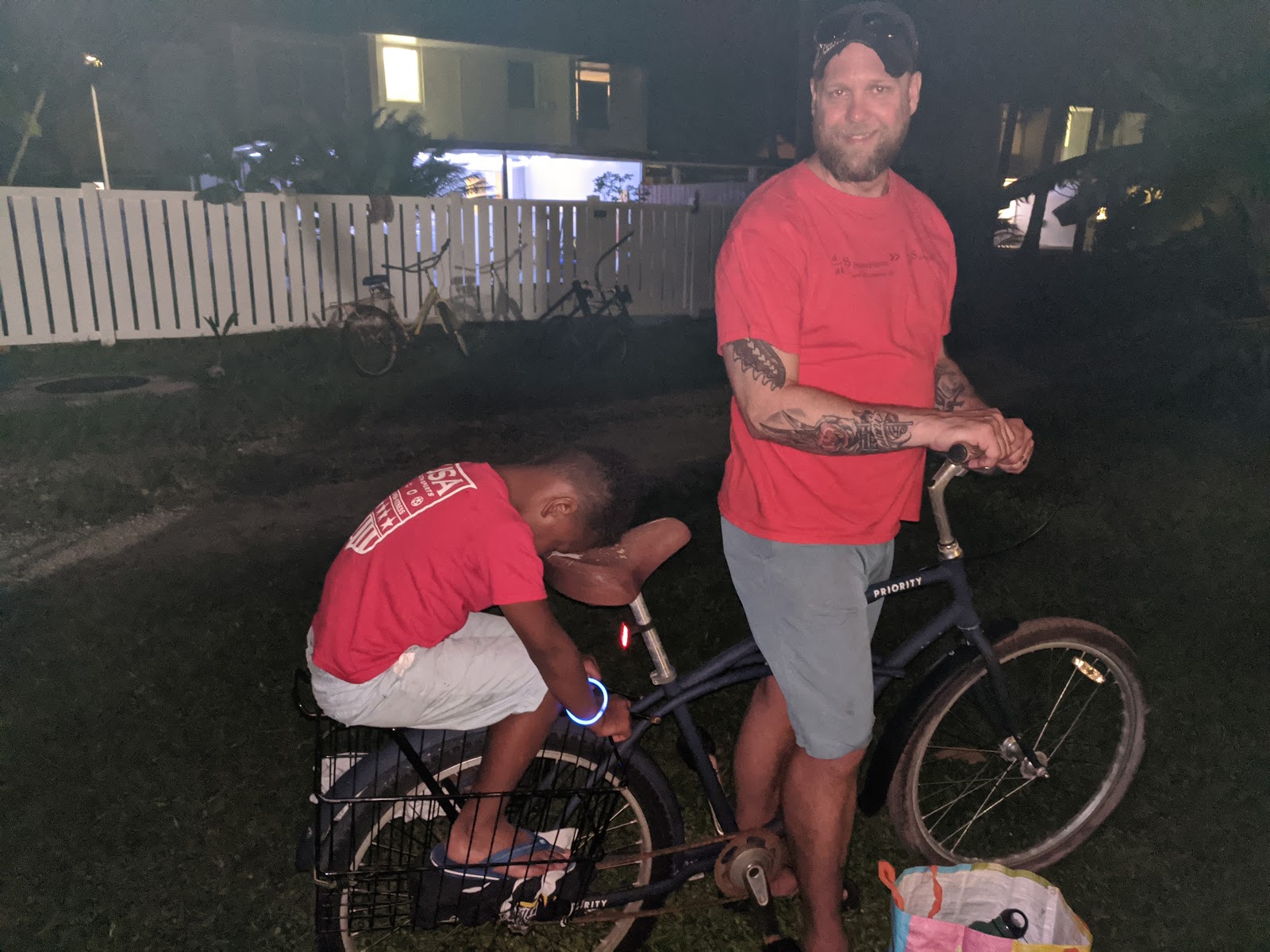