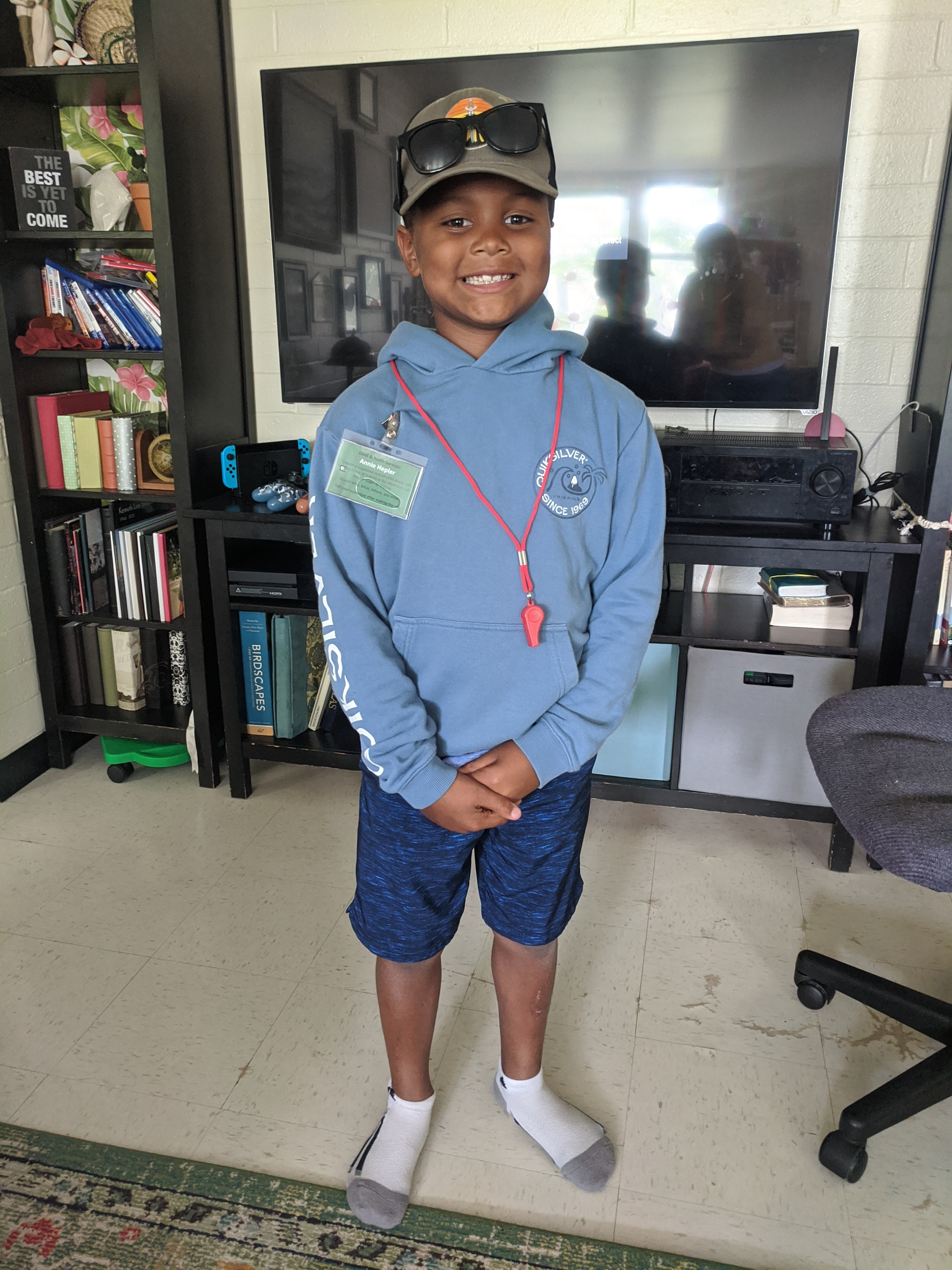 We have to plan months ahead on Kwaj so when D started asking what the kids wanted to be for Halloween in September, Water didn't want to think about it yet and so we didn't order a costume for him.  Two weeks ago when I asked him what he was going to dress up,  he said he was still thinking about it and last week he announced he was going to dress up as A, his current favorite person in the world.  I thought it was a great idea and started rounding up what we would need.  The finished costume made Water happy from the minute he put it on.

I was worried A would think that Water was making fun of him but she was thrilled! 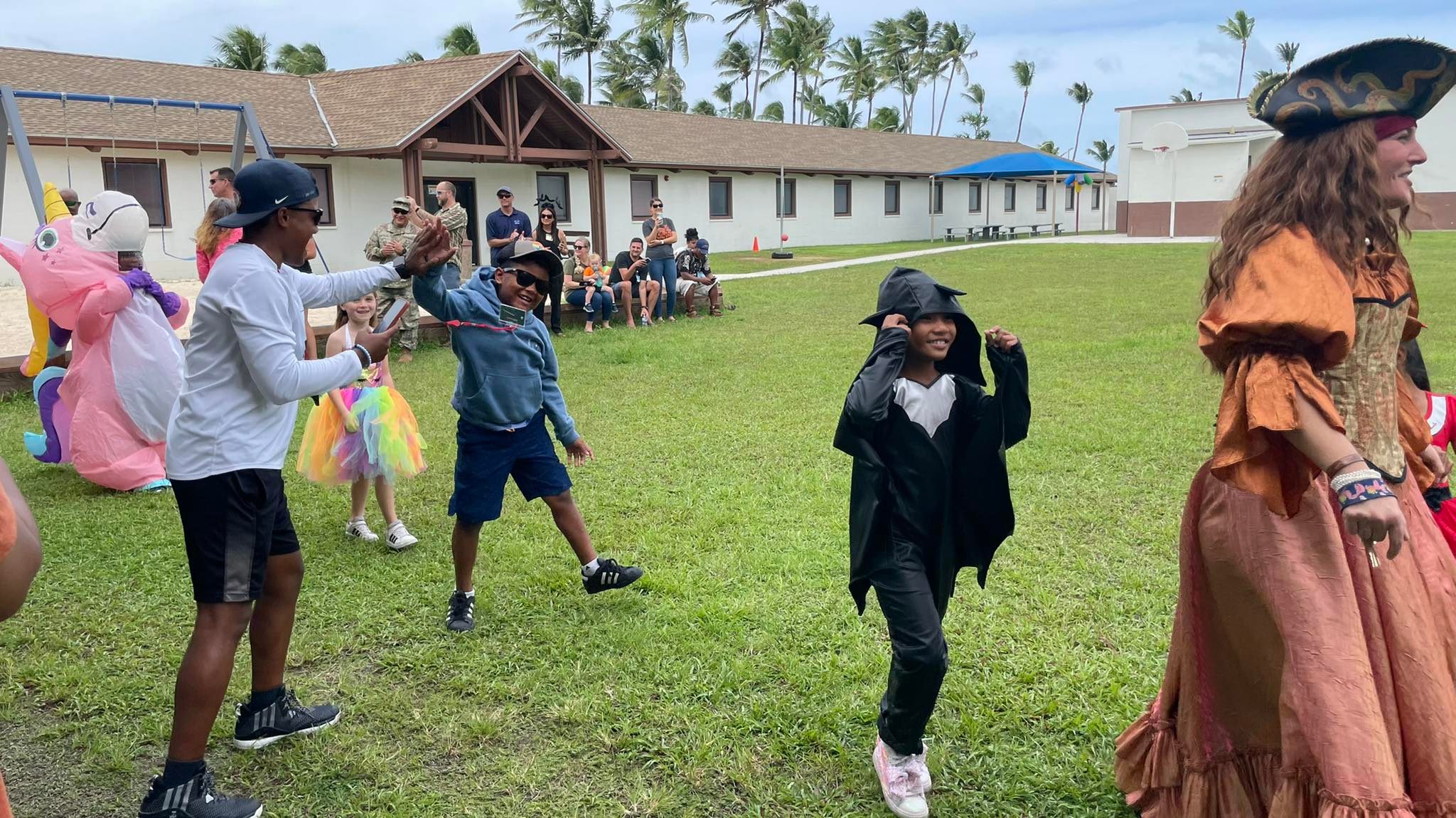 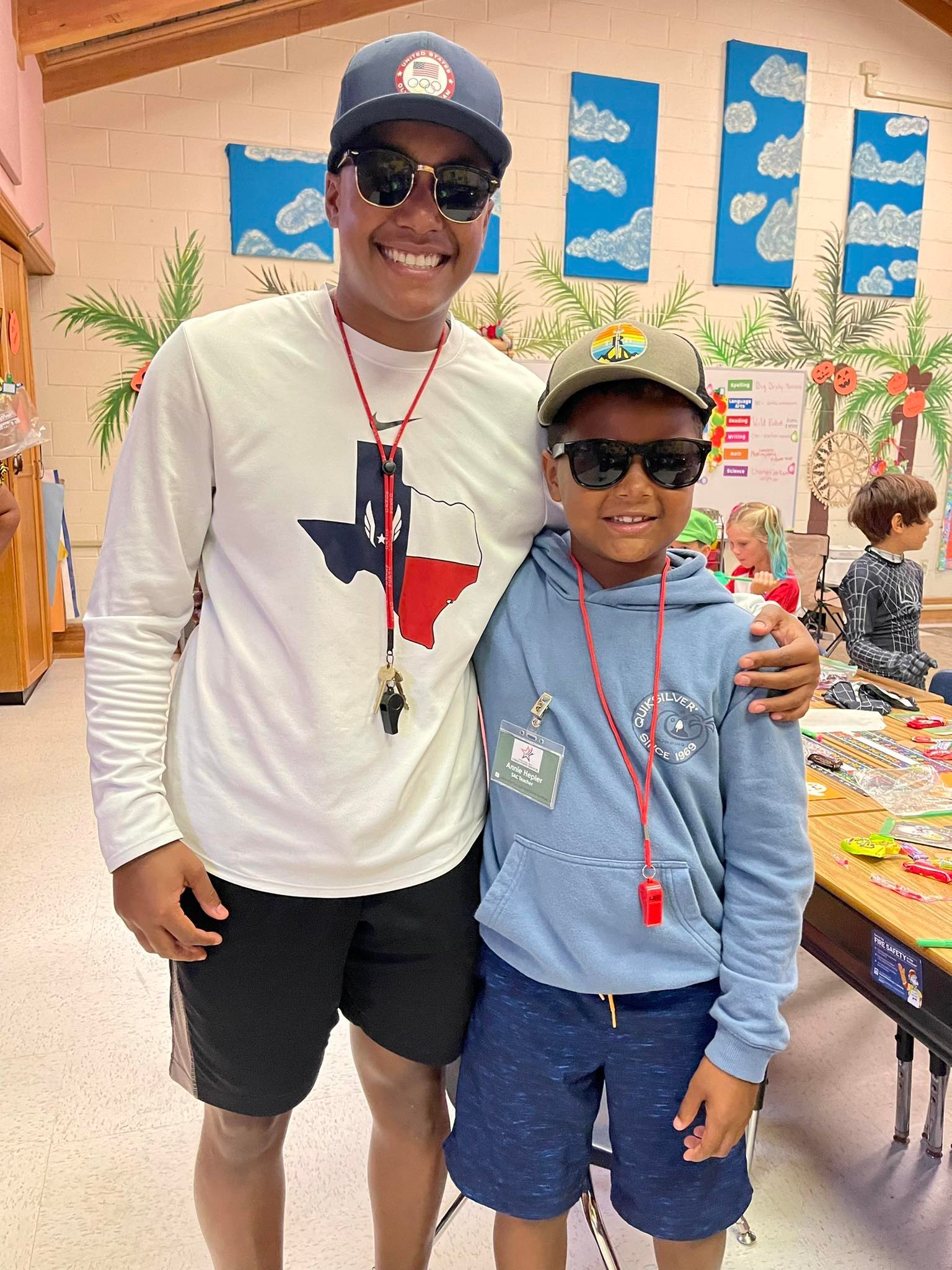 Water likes to say that he and A are twins but they really do look alike!
For whatever reason, both Earth and Fire have very black and white views of world, including of gender presentation and Earth had been making fun of Water for choosing to dress up as a girl for Halloween.  As soon as I overheard Earth and his friends saying something negative about Water's choice, I spoke up and made it clear to them that Water could choose to dress up as whoever he wanted and that there was nothing wrong at all with him choosing to be everyone's favorite teacher and swim coach, and an Olympic swimmer, regardless of whether A was a boy or a girl.  I'm over the moon that Water has A as a roll model in his life and that he admires her so much that he wanted to pretend to be her.  It's past time we move beyond outdated cultural norms of who our heroes should be and I hope my kids can grow up with greater acceptance of their choices and without judgement from others for those choices.