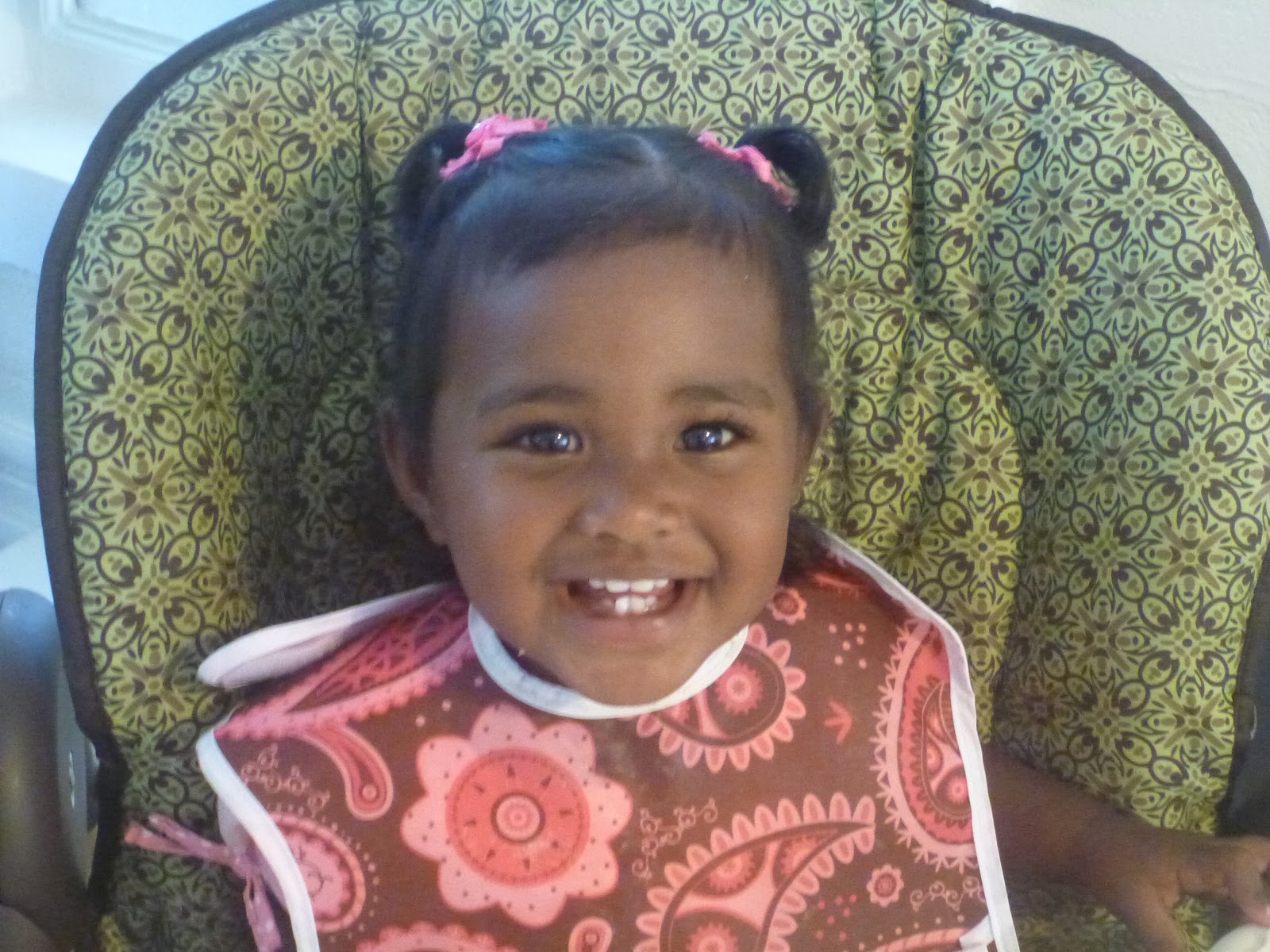 Marshallese moms do their daughter's hair in tight elaborate ponytails﻿, forming crowns around their heads or pulling them up into soft porcupine spikes.  Until the other day, we didn't know the trick to how they got their daughters to sit still long enough to put in those ponytails but then, someone at the Roi airport showed us how.  He handed Sky some Doritos and she stood there patiently while he did her hair into four little ponytails.
I tried it the other morning (yup, Doritos right after breakfast) and  it worked like a charm- 2 Dorito's got me two adorable ponytails.
Location: Kwajalein Atoll, Marshall Islands