This was a pretty great weekend for the us!  On Sunday I went to early church and Sky stayed home with D and helped (should that be "helped"?) him put a new seat and backrest on his chopper bike.  Sky loves tools and will grab any that you leave lying around and pretend to use them.  When D is working on something he will get the wrench or screwdriver set up and have her come and turn it.  We keep intending to get her play tools but so far, she's having lots of fun with the real ones.
Later that morning Sky and I delivered a few invites to her Welcome Home party and after her nap, we all went to the beach.  We met some friends there and had lots of fun playing in the water and with the sand.  That night we had some new friends over for dinner and had lots of great conversation.
On Monday, D and I went for a long run (over 4 miles!) and Sky rode along in her stroller.  Sky was pretty bored by the end of the run so we treated her to cinnamon rolls for breakfast and then took her to play at her best friends house.  She had so much fun playing with P that she fell asleep as soon as we got home.  We tried to wake her up to eat but she just pushed her food away and went back to sleep!
Monday afternoon was kind of grey and rainy so we stayed in and watched "Finding Nemo".  After the movie, I started on dinner (lentil and mushroom pot pies, yum!) and D and Sky played on the back porch.  Sky was pretty fussy that evening so she played in her room while I sat with her and read until she was feeling a little better and then we went for a ride to try out D's new bike seat and to see the sunset.  After Sky went to bed, D and I sat out on the back porch and I read a sailing magazine while he had a cigar.  I wish all our weekends could be that good! 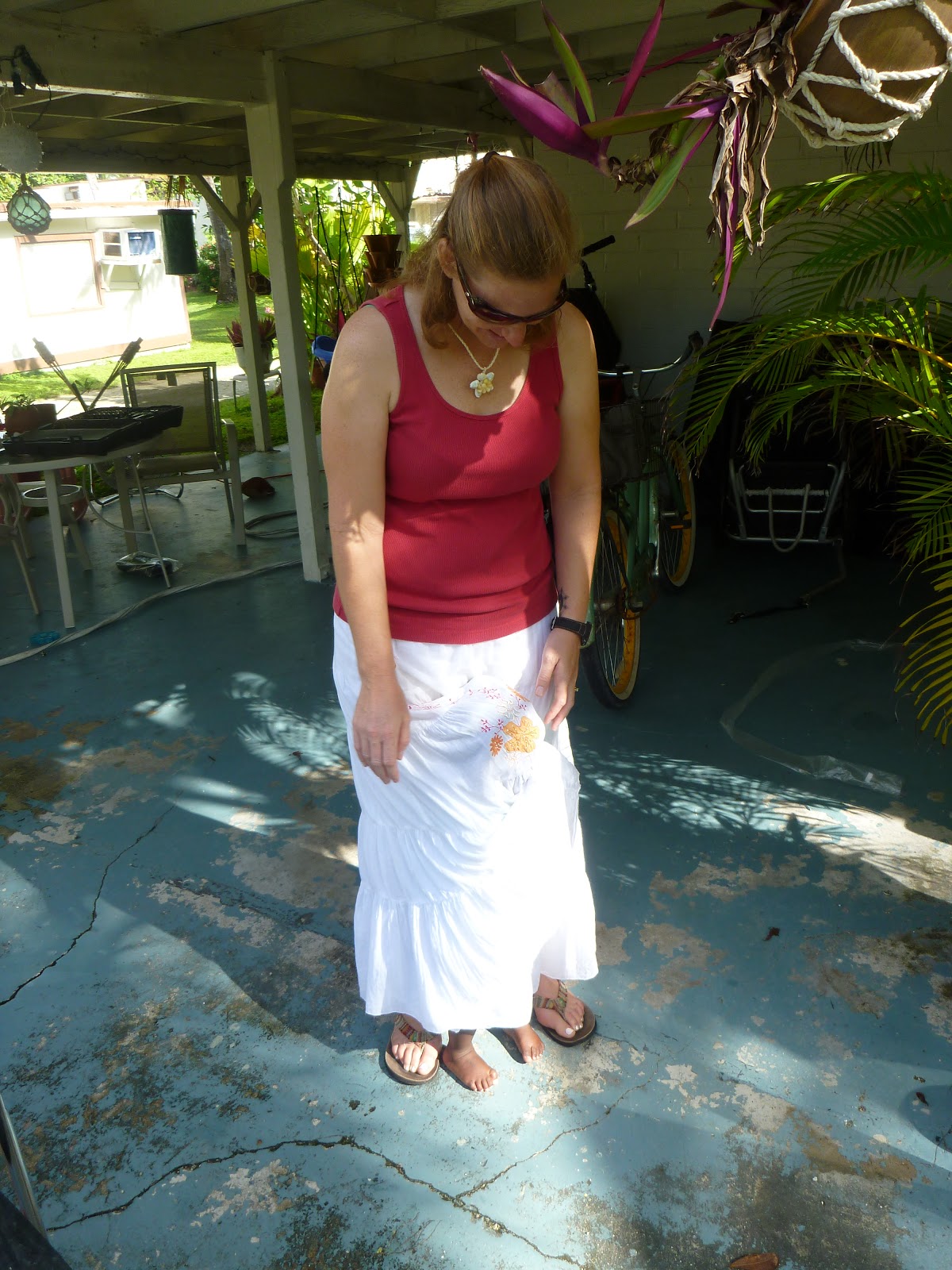 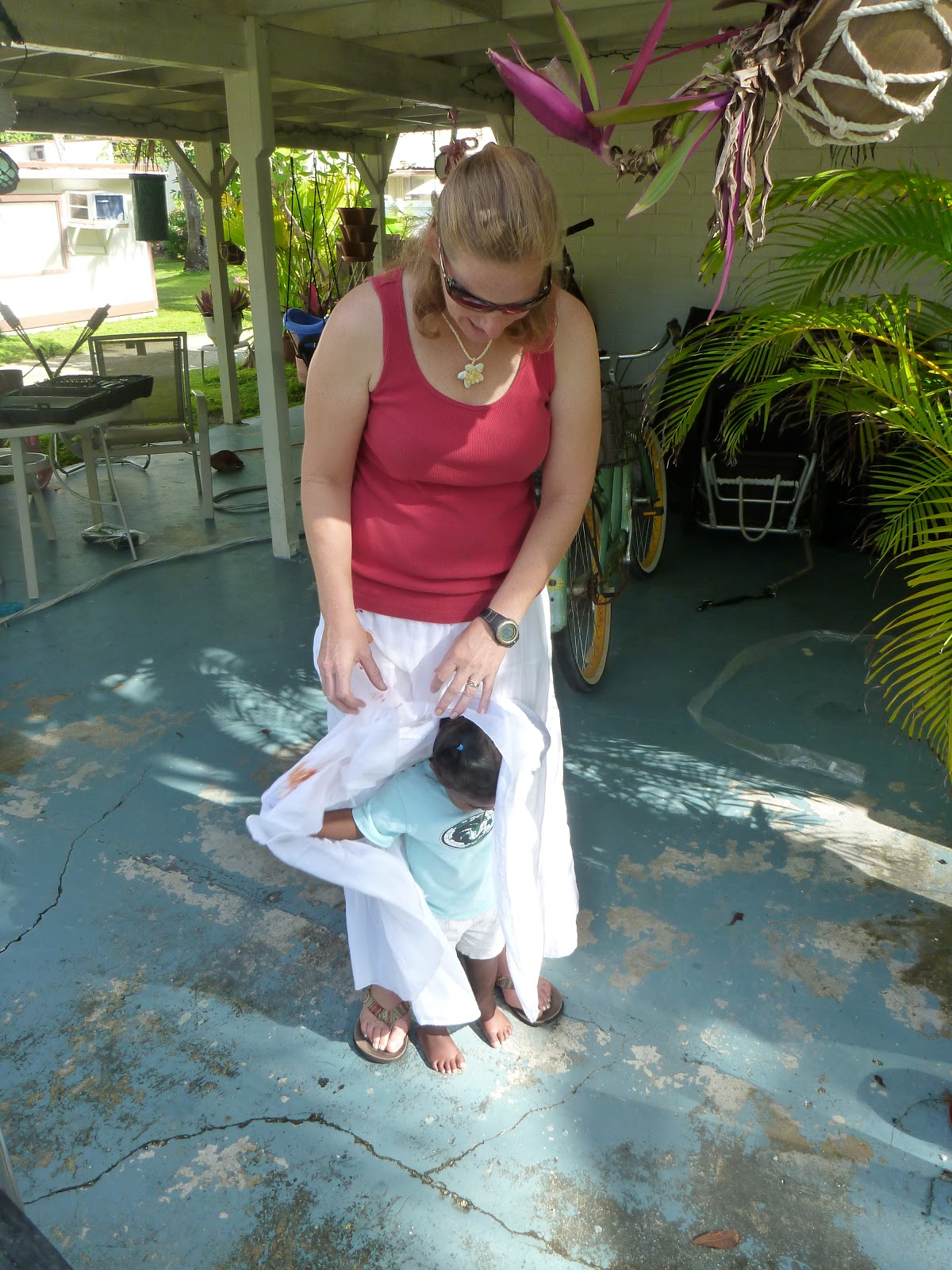 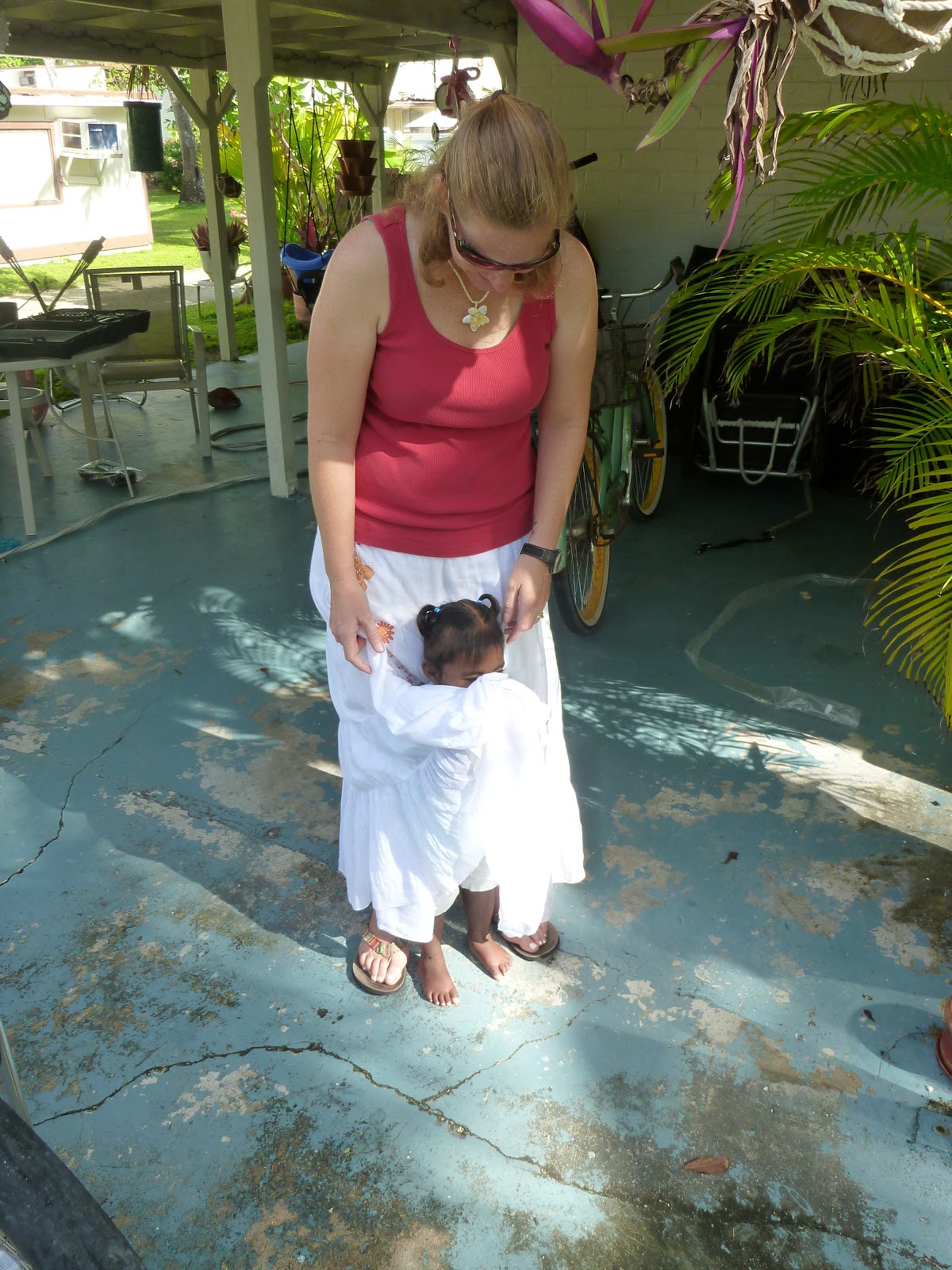 Yes, she is blowing her nose on it.  Thanks, honey. 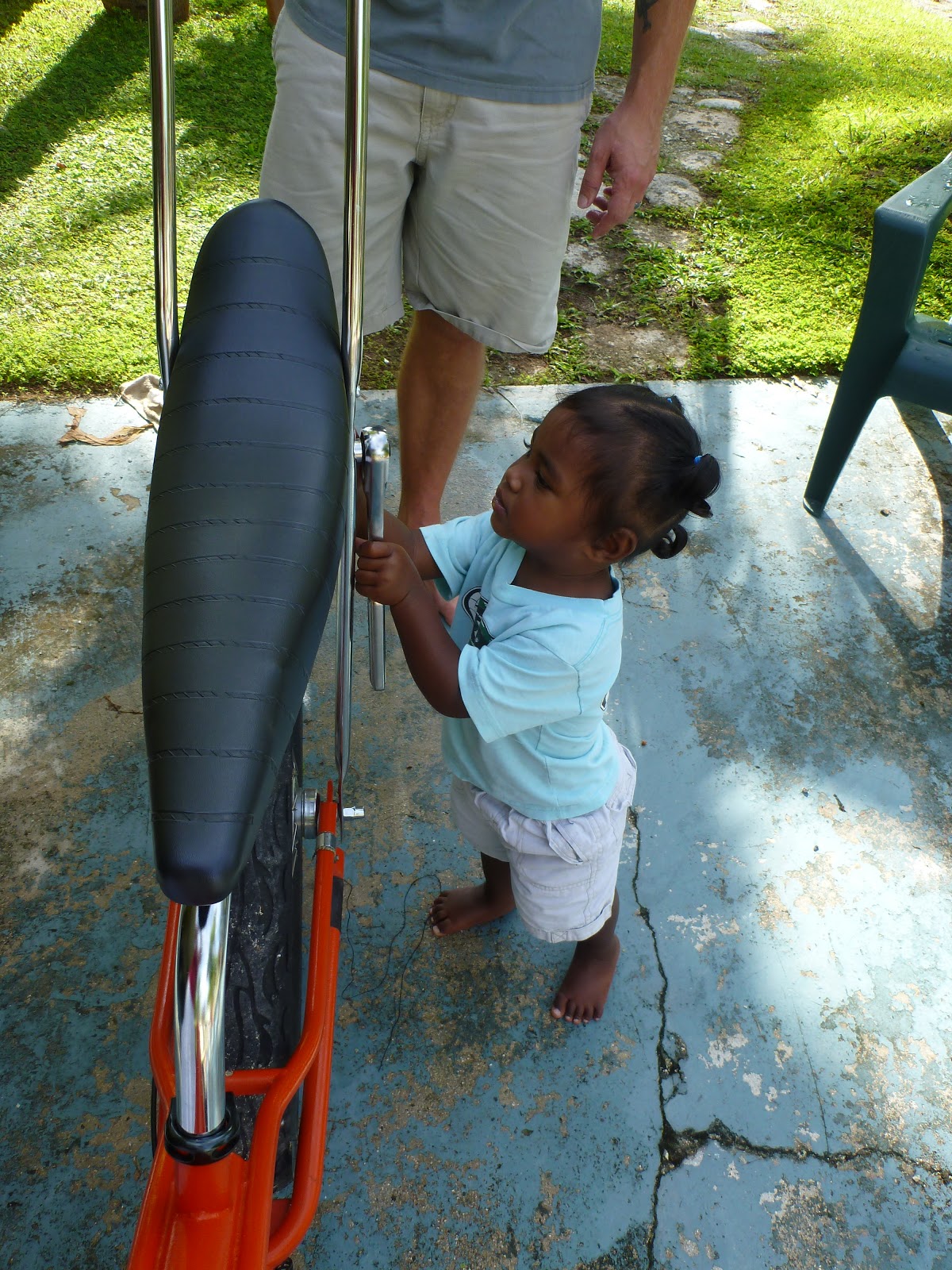 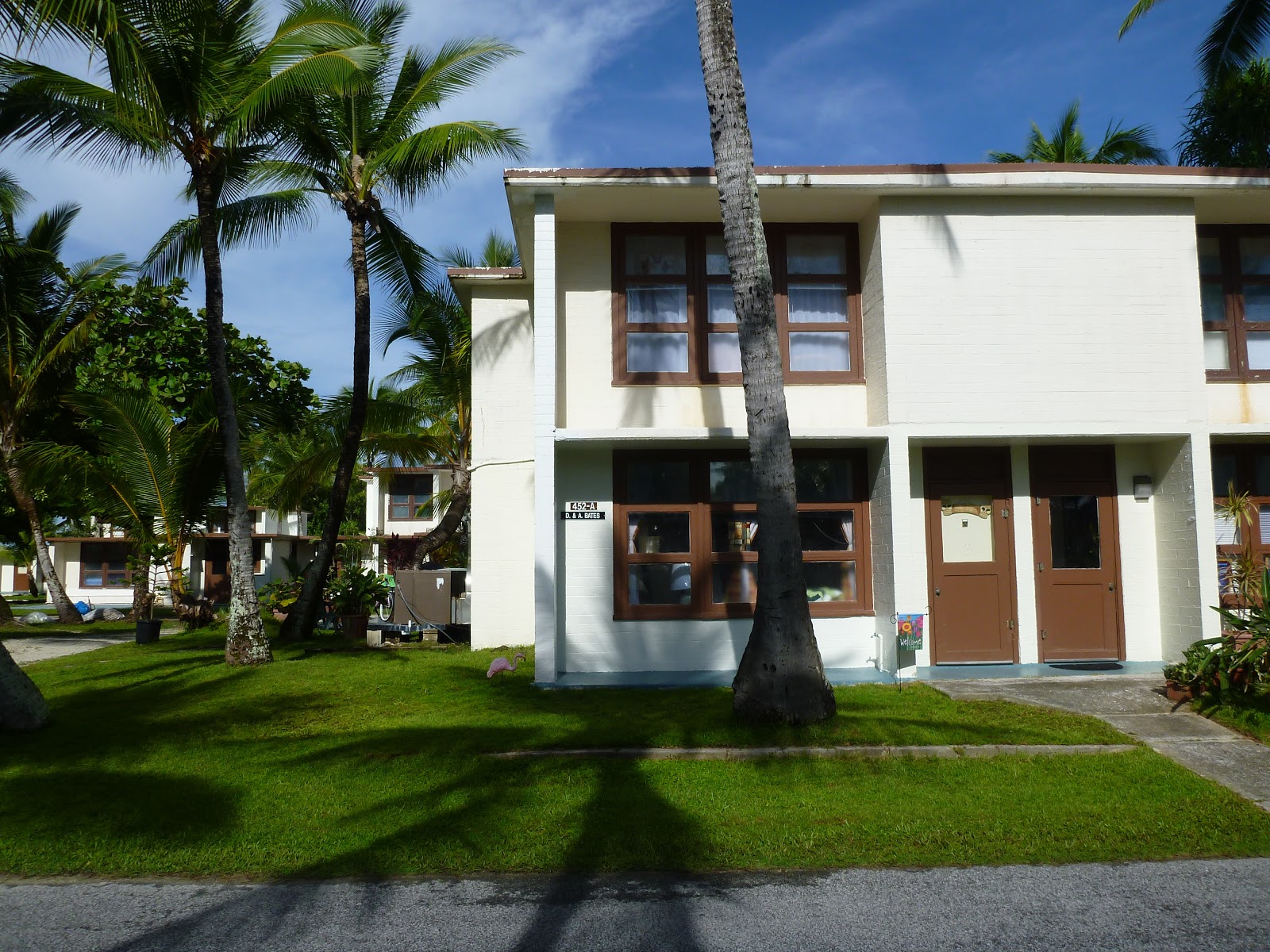 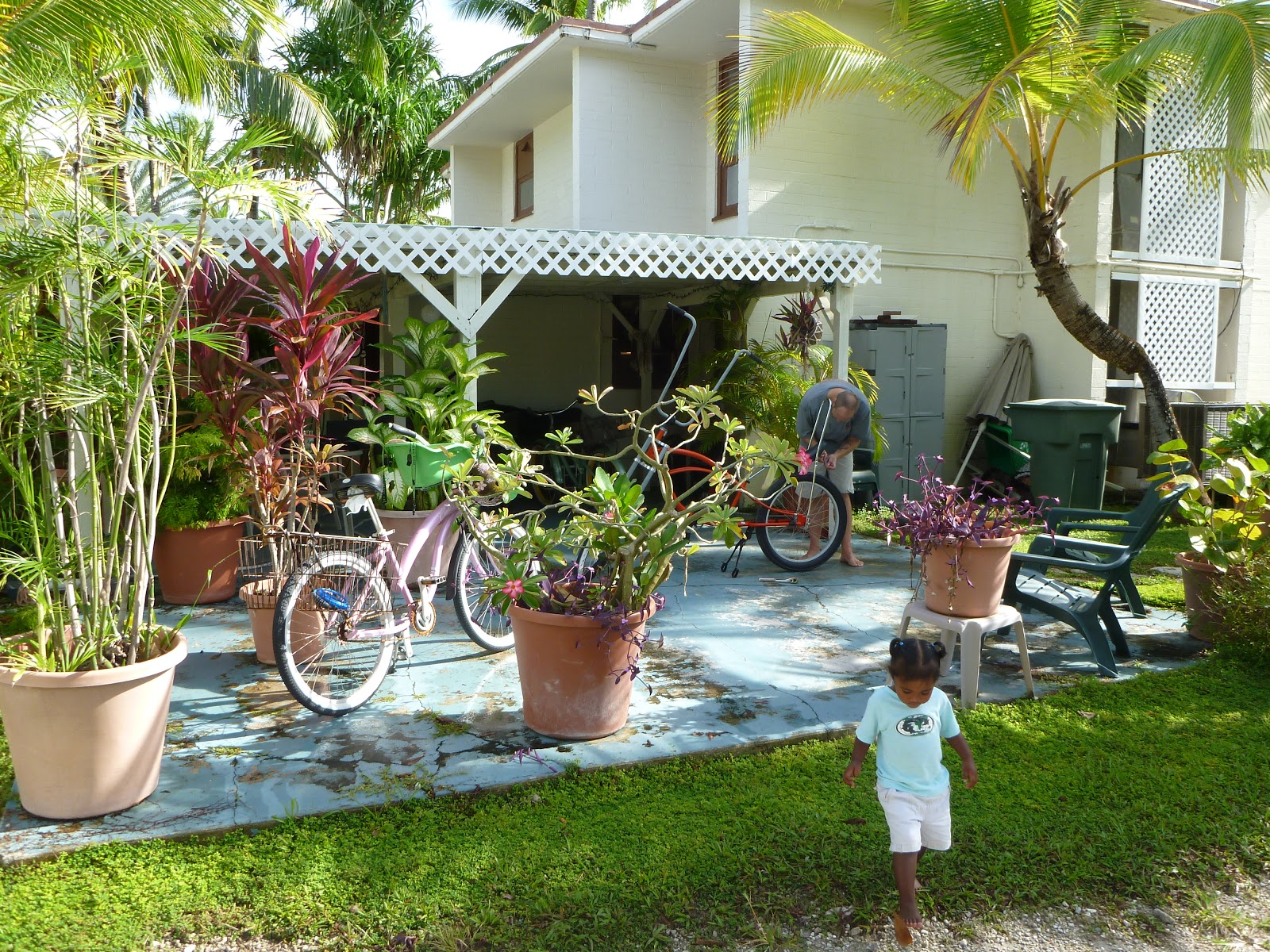 The back porch, where we spend most of our time 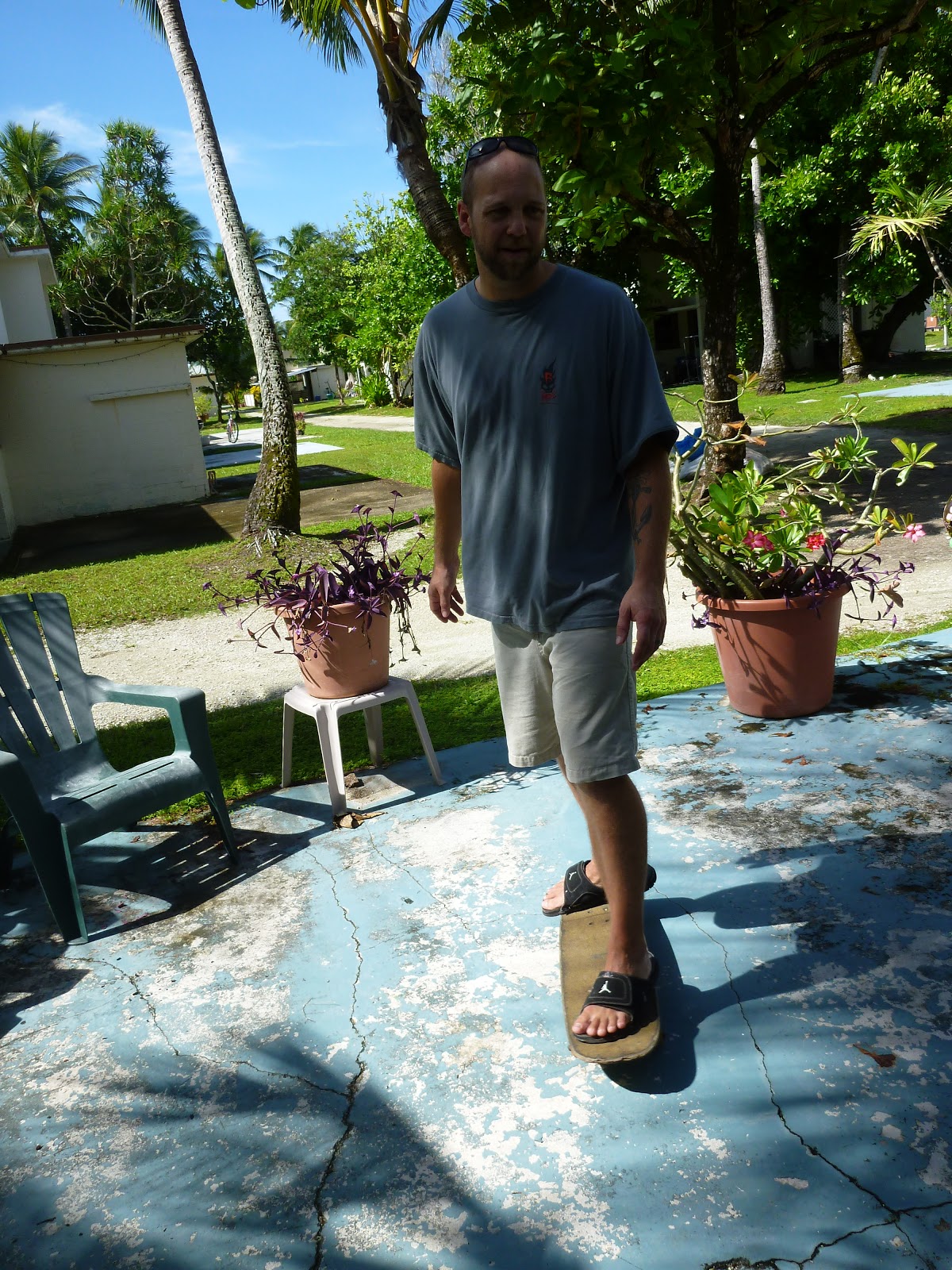 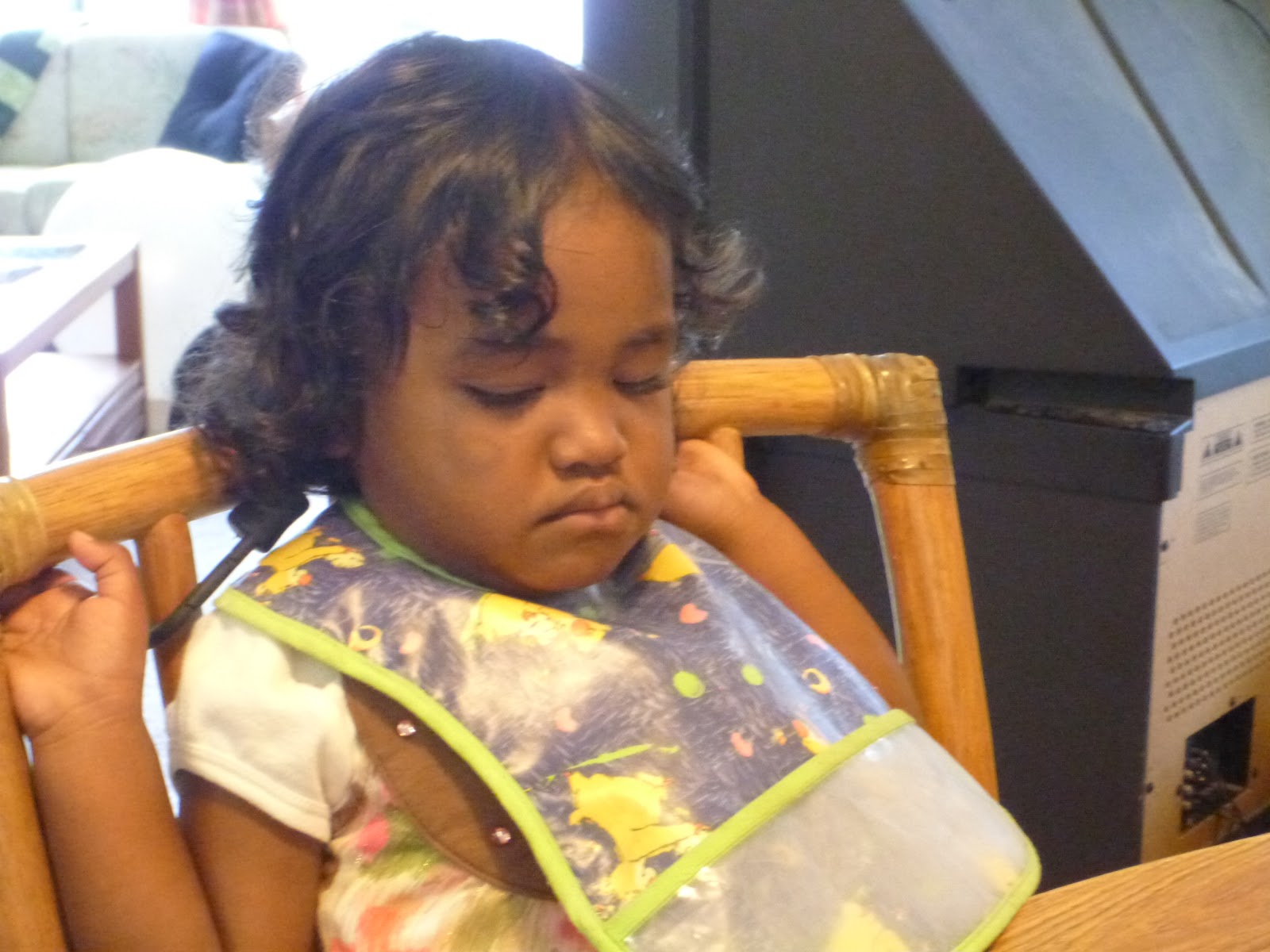 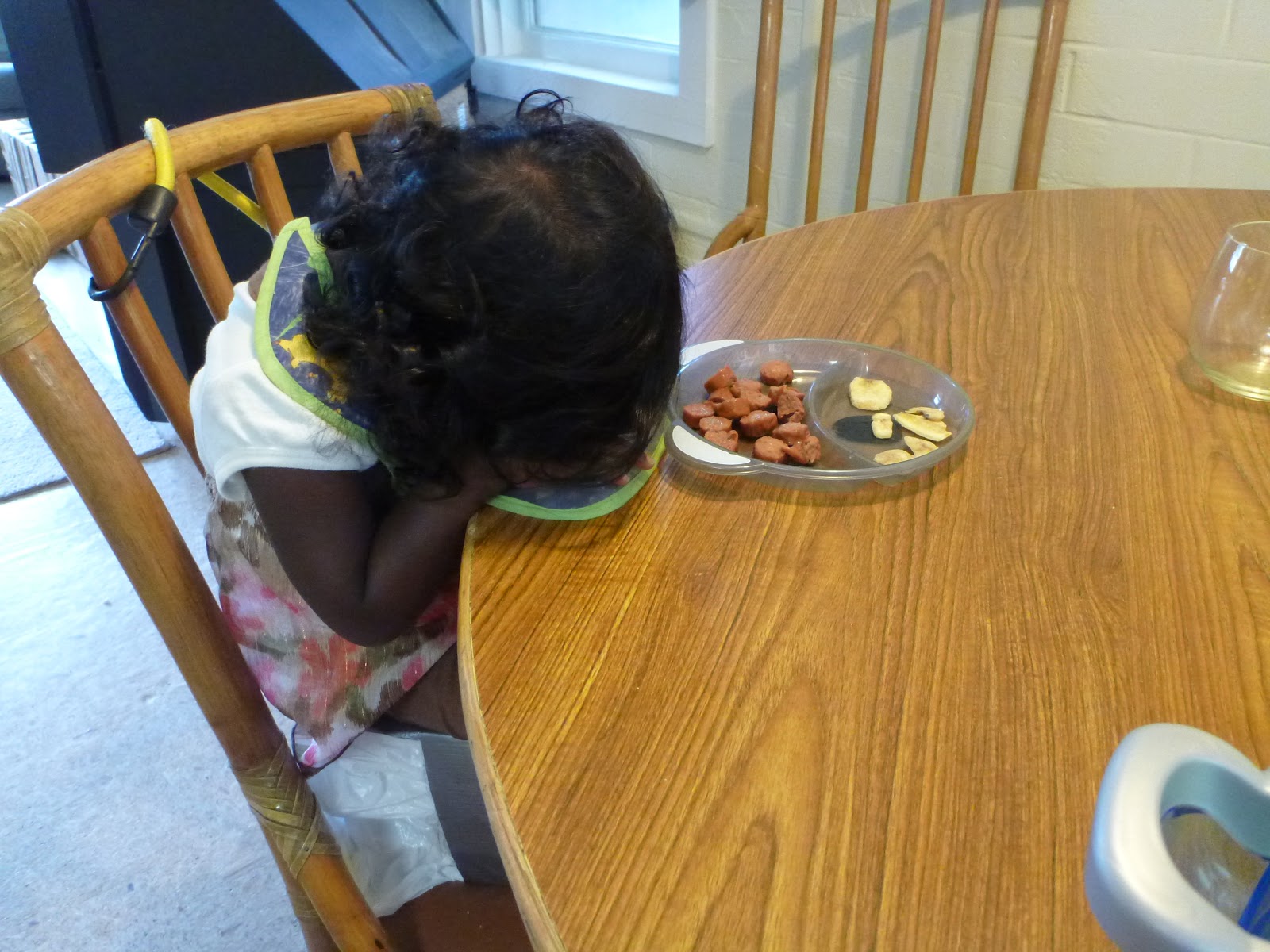 Too tired for hot dogs! 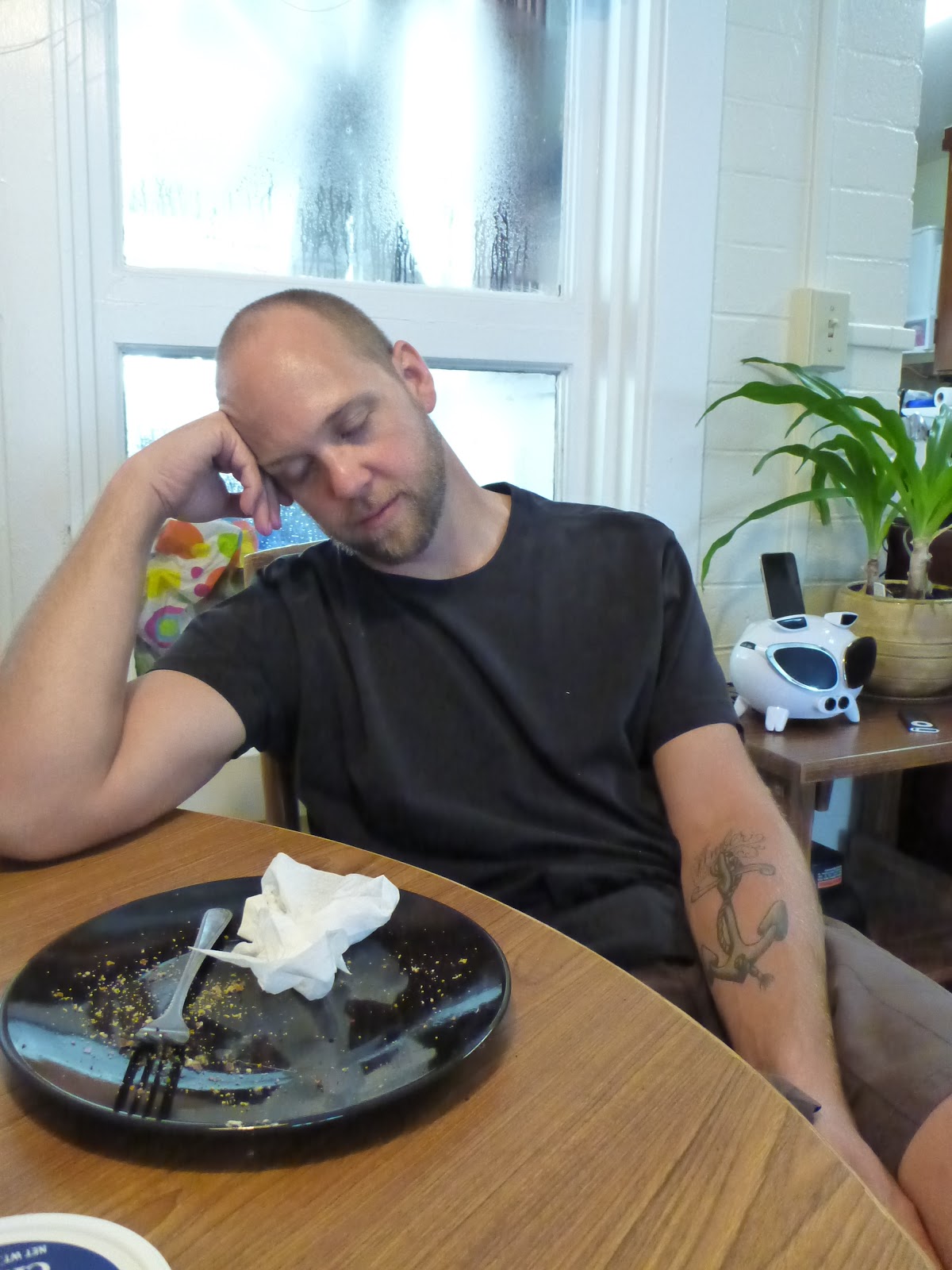 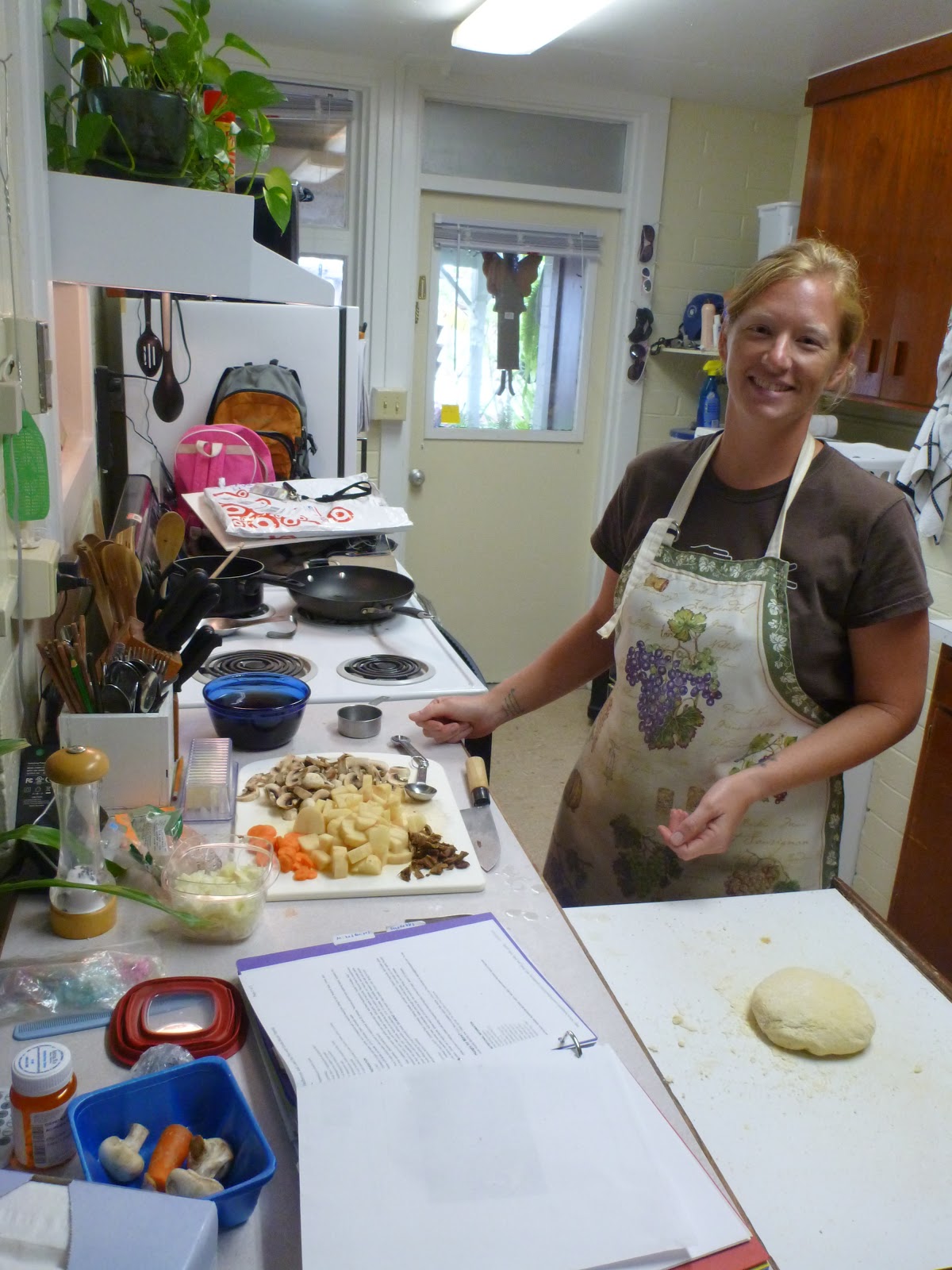 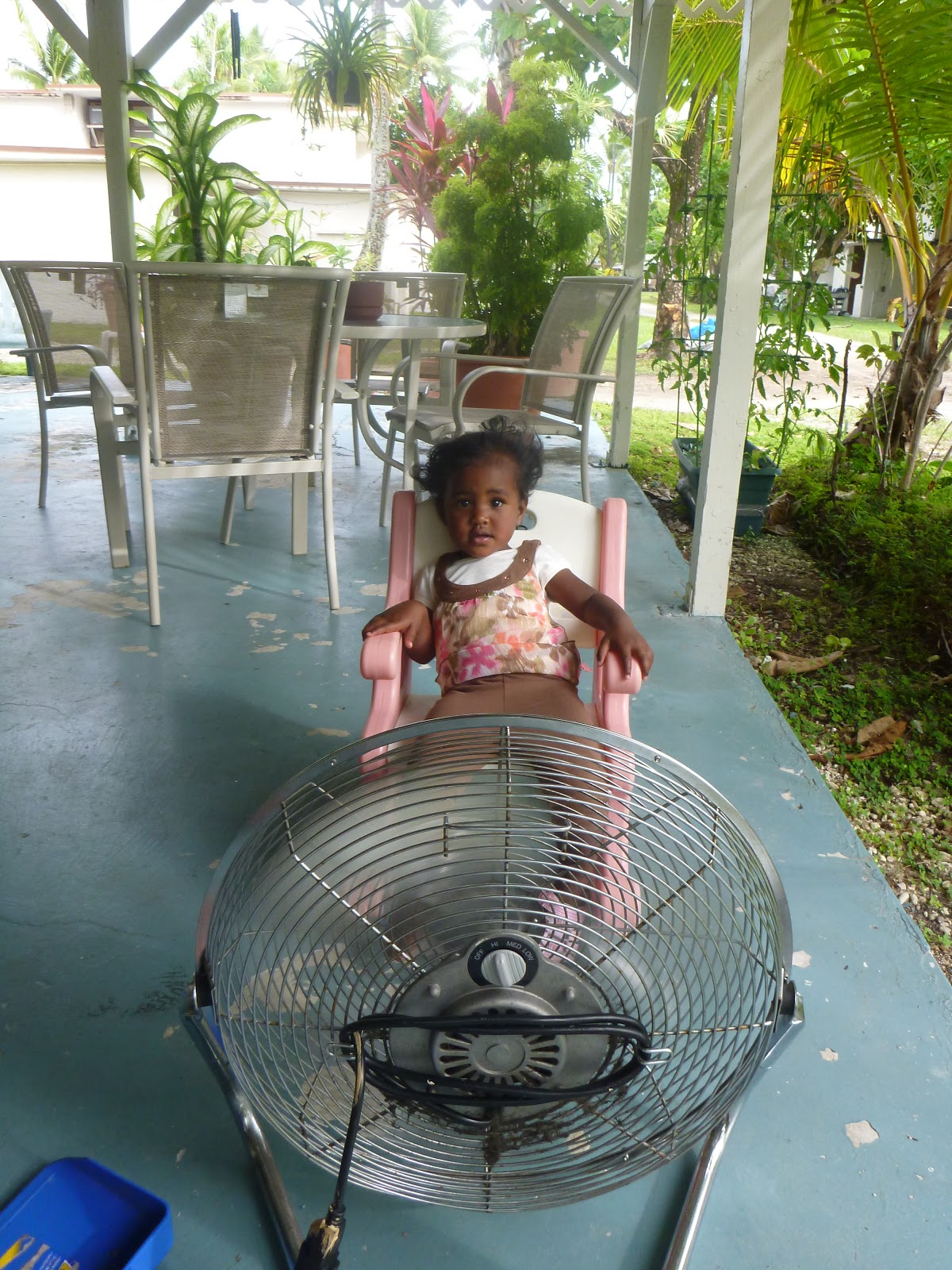 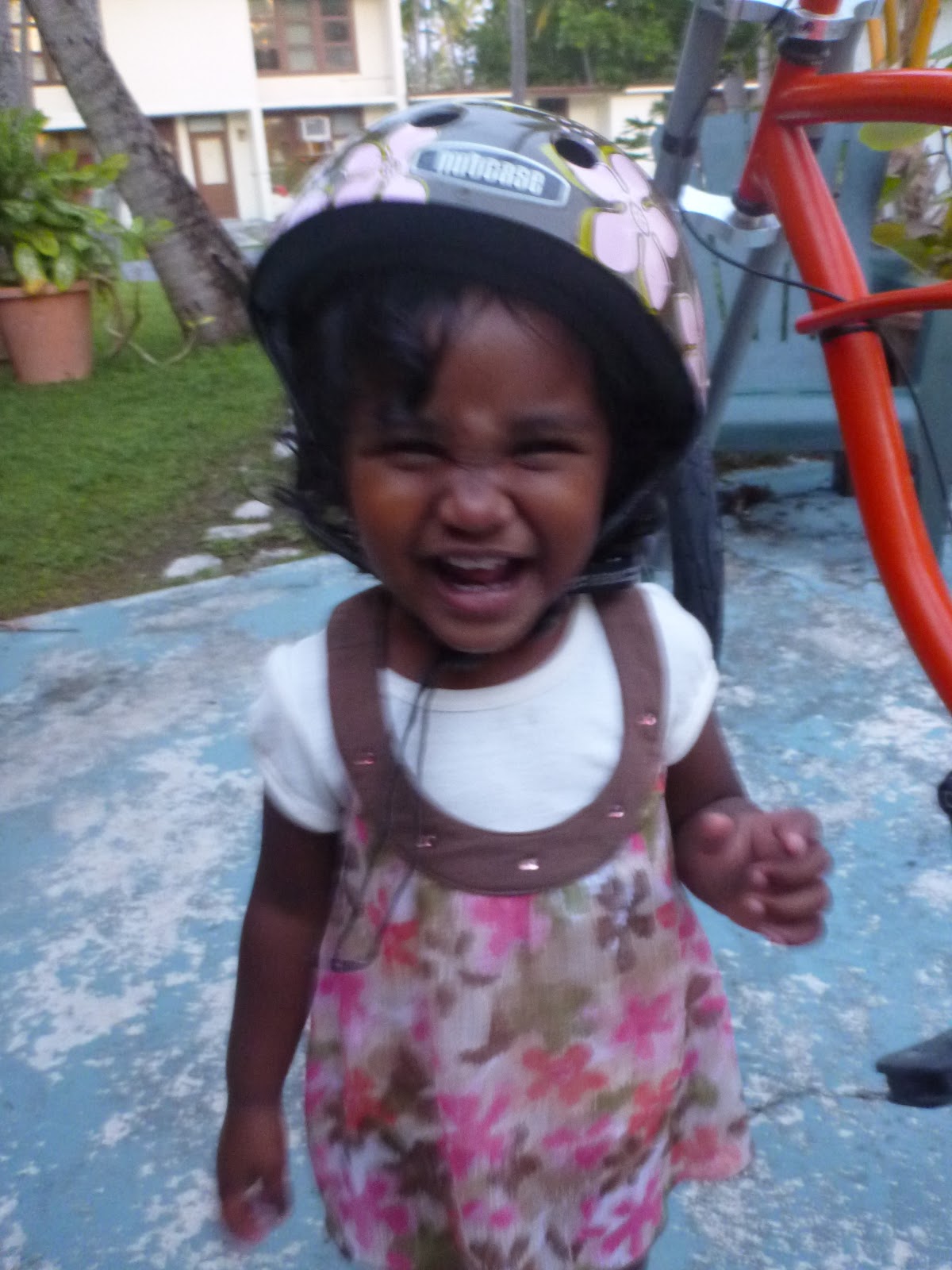 Getting ready to ride 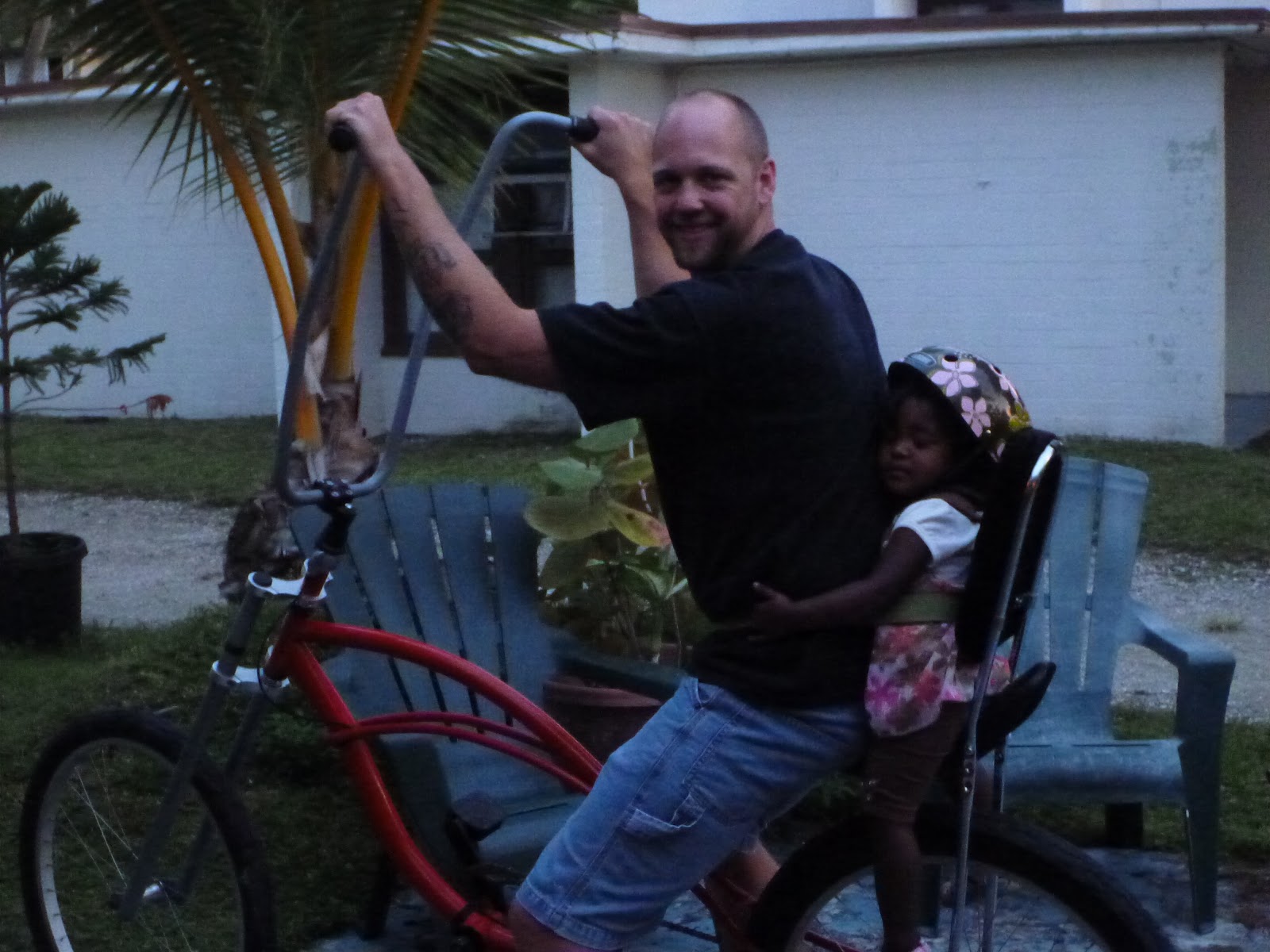 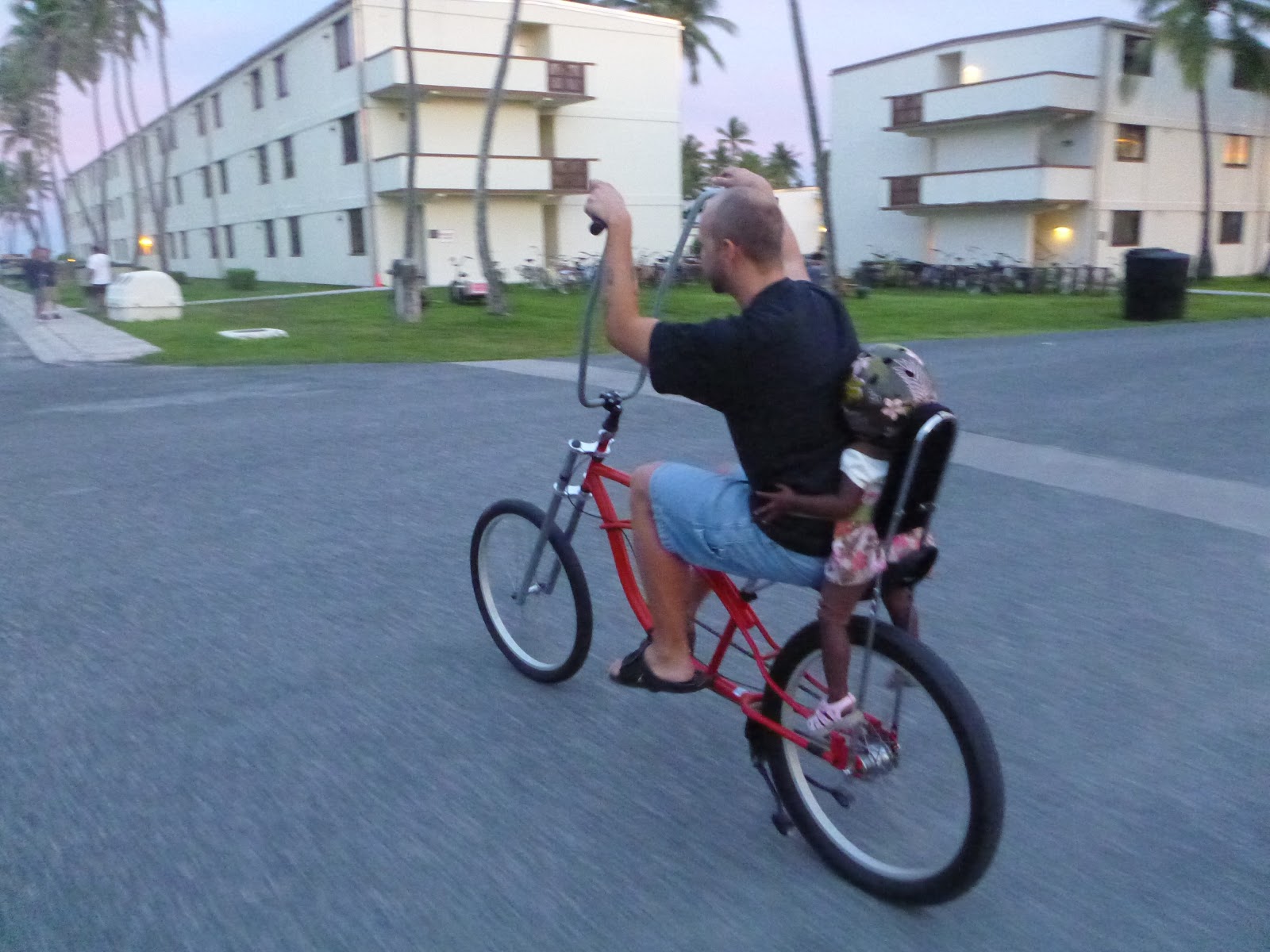 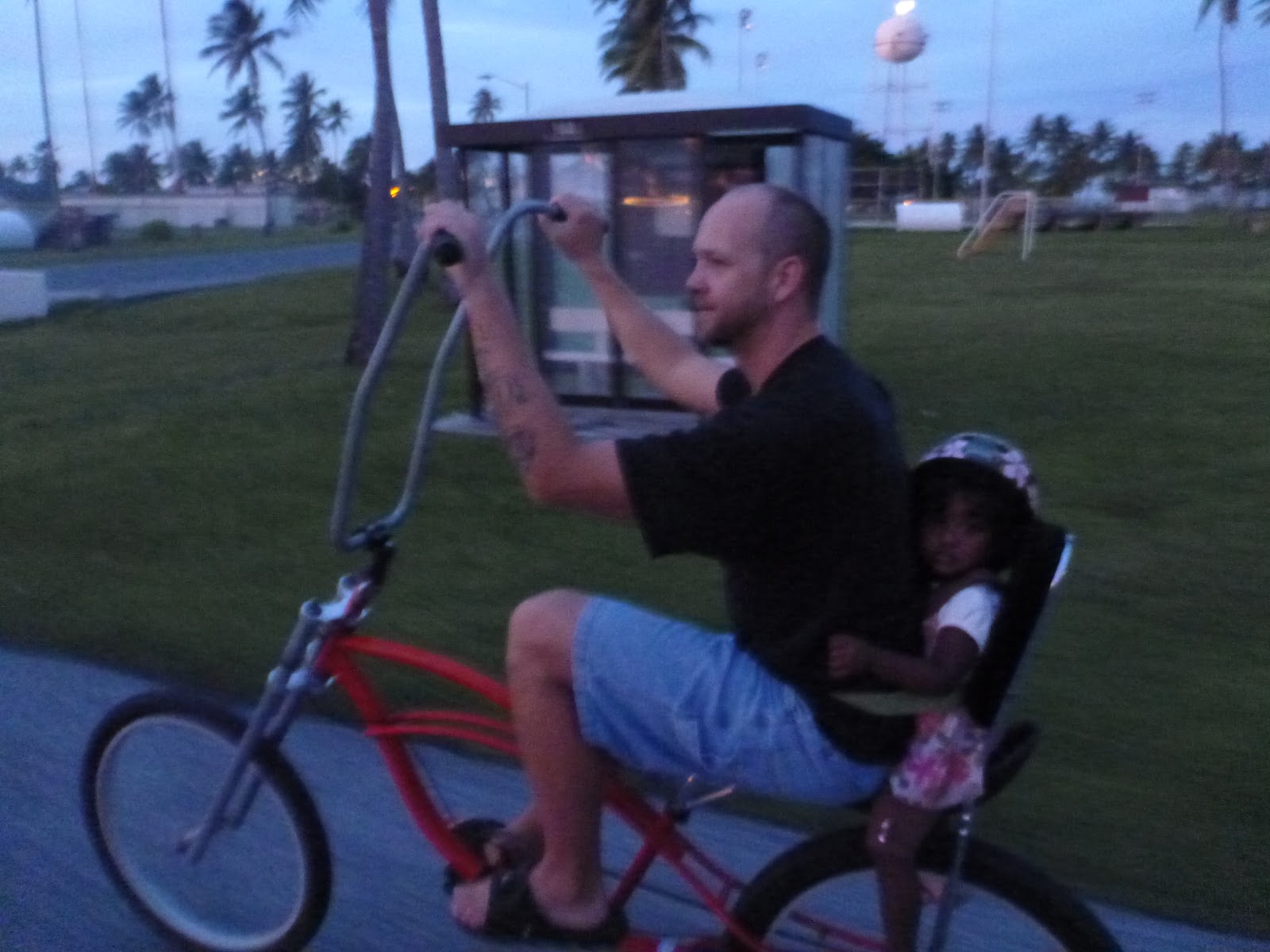 Another action shot by the soccer fields 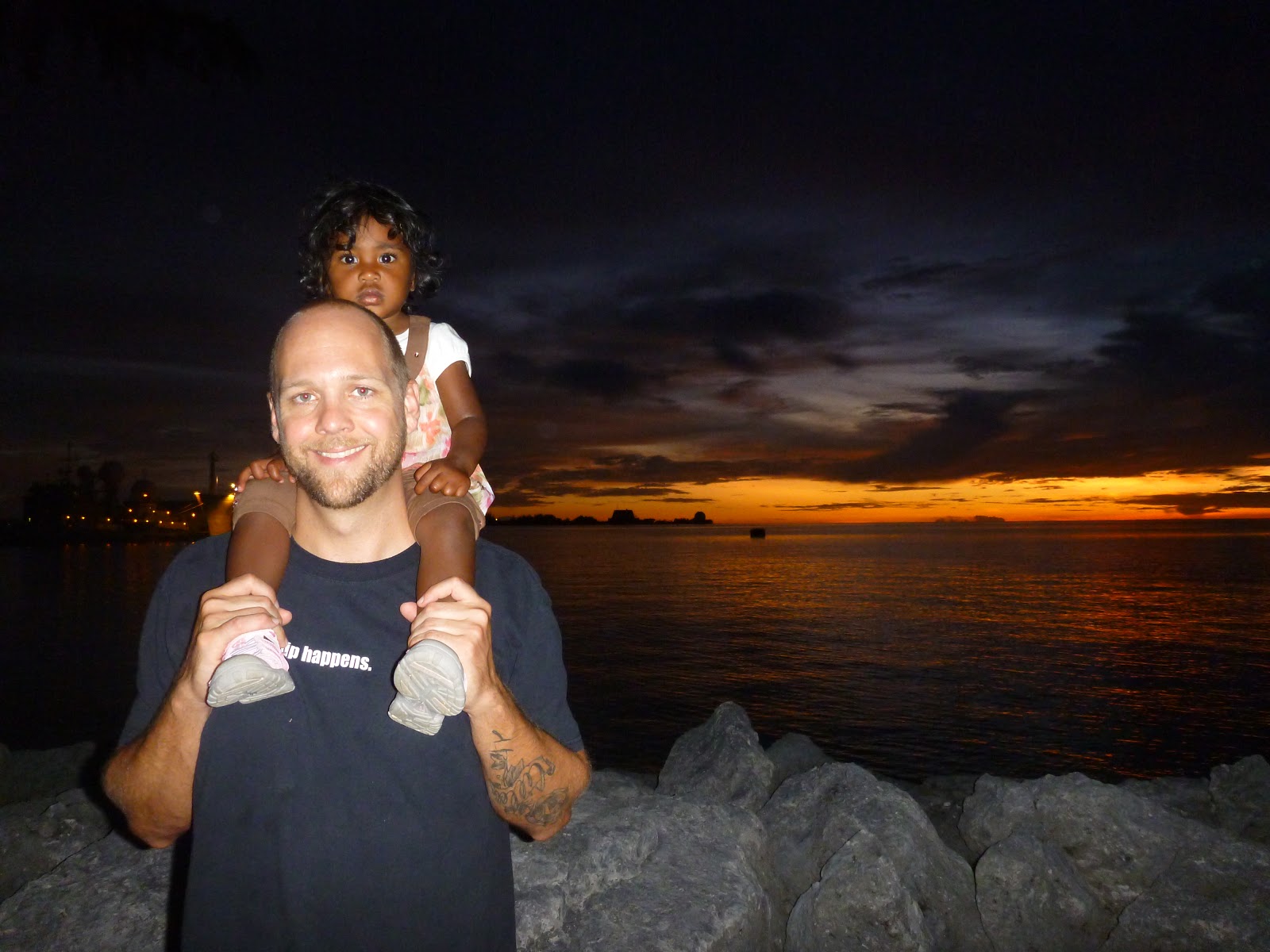 Daddy and Sky and the sunset 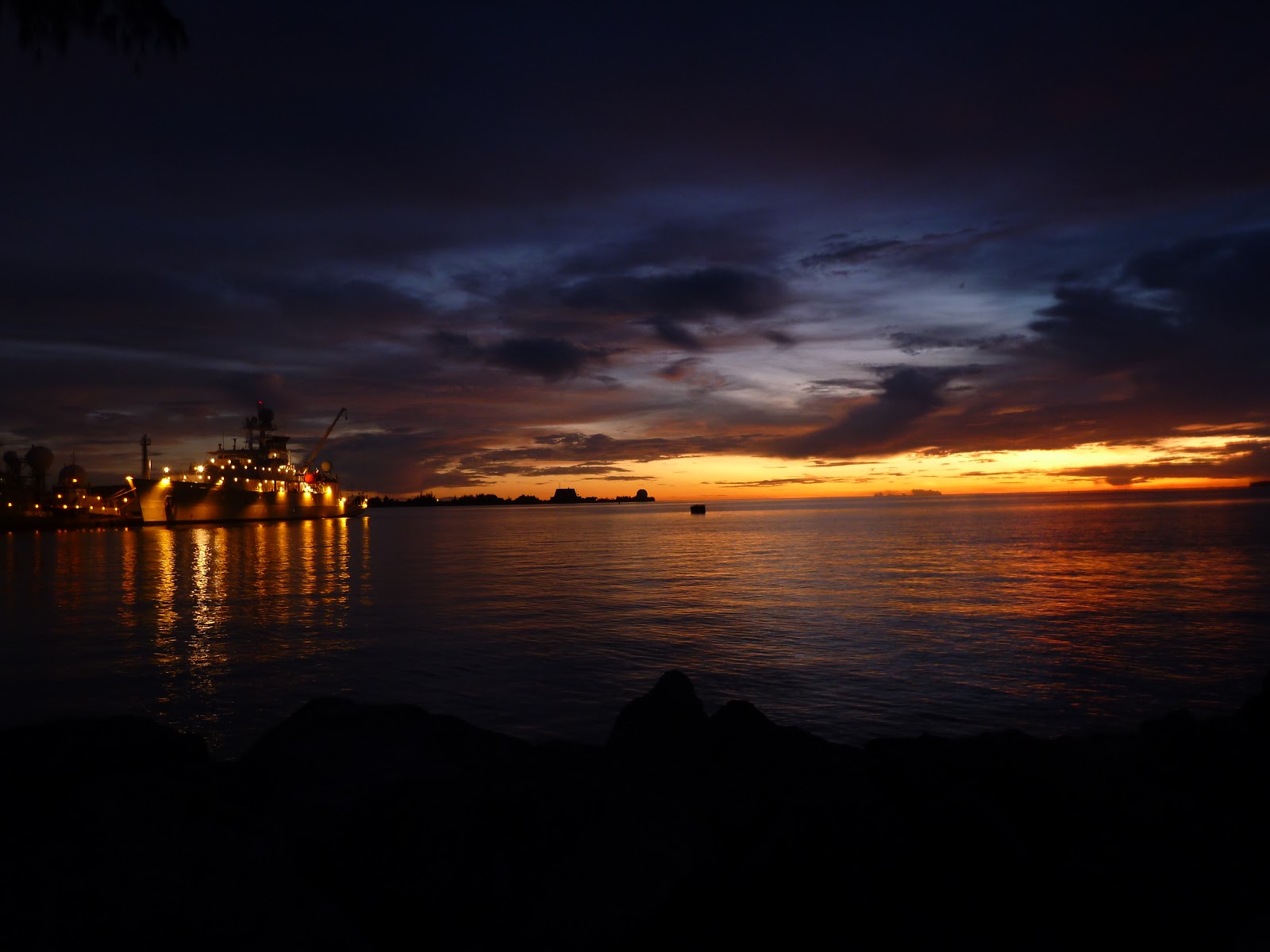 A beautiful sunset on Kwaj, with the US Naval Ship Mary Sears at the dock﻿
Labels: Kwaj Sky
Location: Kwajalein Atoll, Marshall Islands