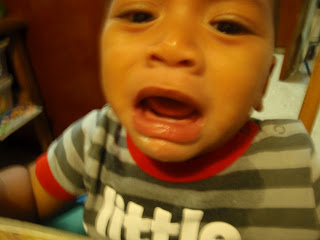 Look who has a tooth coming in!  Fire was fussy most of the weekend and we didn't figure out why until I accidentally bonked his head on Monday afternoon.  He started screaming and there it was in his little mouth, a tooth popping through.  We've been watching for them but he hasn't been feverish or more drooly than usual and his gums didn't change color like Sky's did.  Other than needing to be cuddled a little more, he's taking this teething thing like a champ.

See the dress on Fire?
(not really on him, D wouldn't let me do that to him) 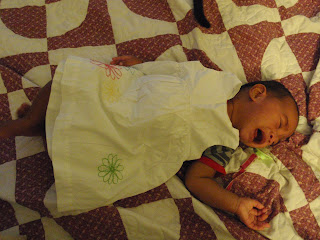 Well, this is the same dress on Sky, two days after we adopted her: 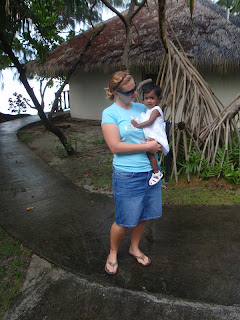 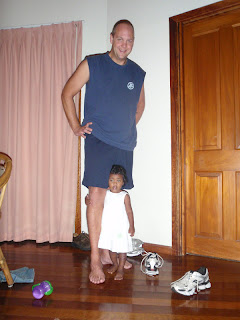 It fits them both perfectly.

See the cute little shoes Sky is wearing in May of 2011? 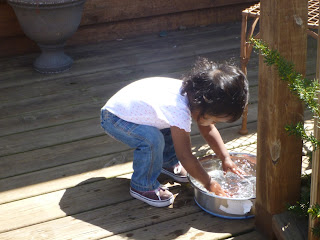 Same shoes.  They're still a bit big on him but you get the idea. 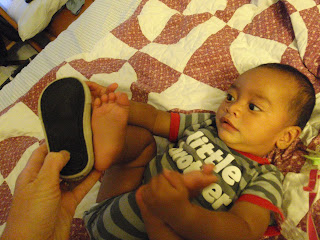 Sky is still tiny and her doctor's say that she'll probably stay that way.  It'll be interesting to see how Fire grows, to see if he stays at the top of the charts or if he settles into a smaller growth pattern like Sky. 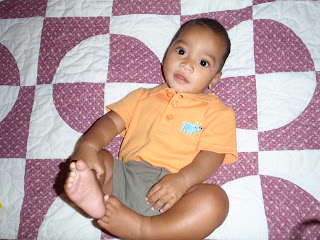