The Fish Was This Big!

About a week ago Sunday, we were sitting on our friends back porch, shooting the breeze and watching all the kids play when someone called to say that we should come down to the marina.  He said that there was a giant fish there and that we should come and see it.  Since we weren't doing anything else and since there's so little happening on Kwaj that a giant fish at the marina is big news, we packed up all the kids, grabbed the cameras and headed down.﻿ 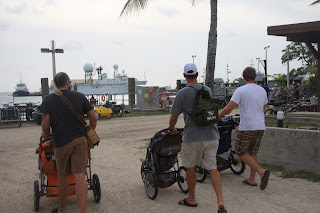 How we roll on Kwaj 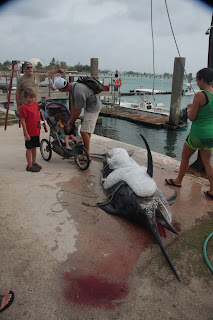 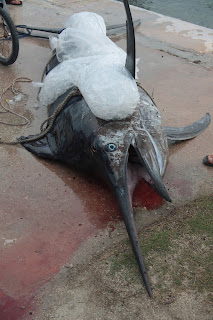 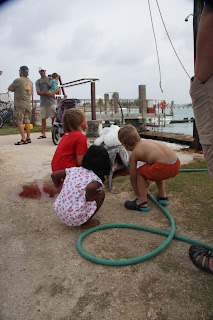 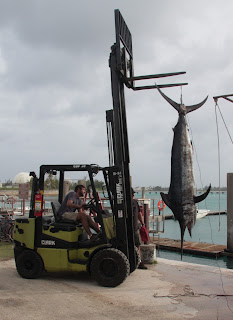 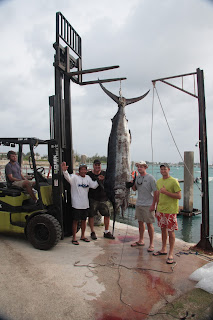 The marlin weighed 492 pounds- 9 pounds short of the island record.
Of course, we all had to have our pictures taken with it: 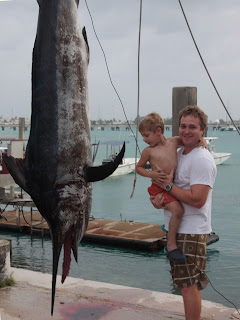 Sky's BFF Jack and his dad 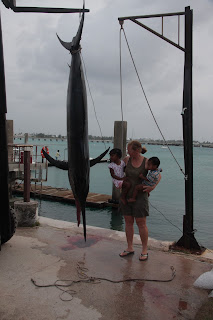 Apparently once they've been hanging for a while, gravity gets the best of them and their insides start falling out (eewww!)
﻿
Labels: Kwaj
Location: Kwajalein Atoll, RMI