Sky played soccer again this year. Kwaj has great programs to start kids in sports early and we've done the soccer program before. Sky enjoys it because it's something that she and I do together and because she's watched me play soccer for two years. D came along and got some pictures of her last practice: 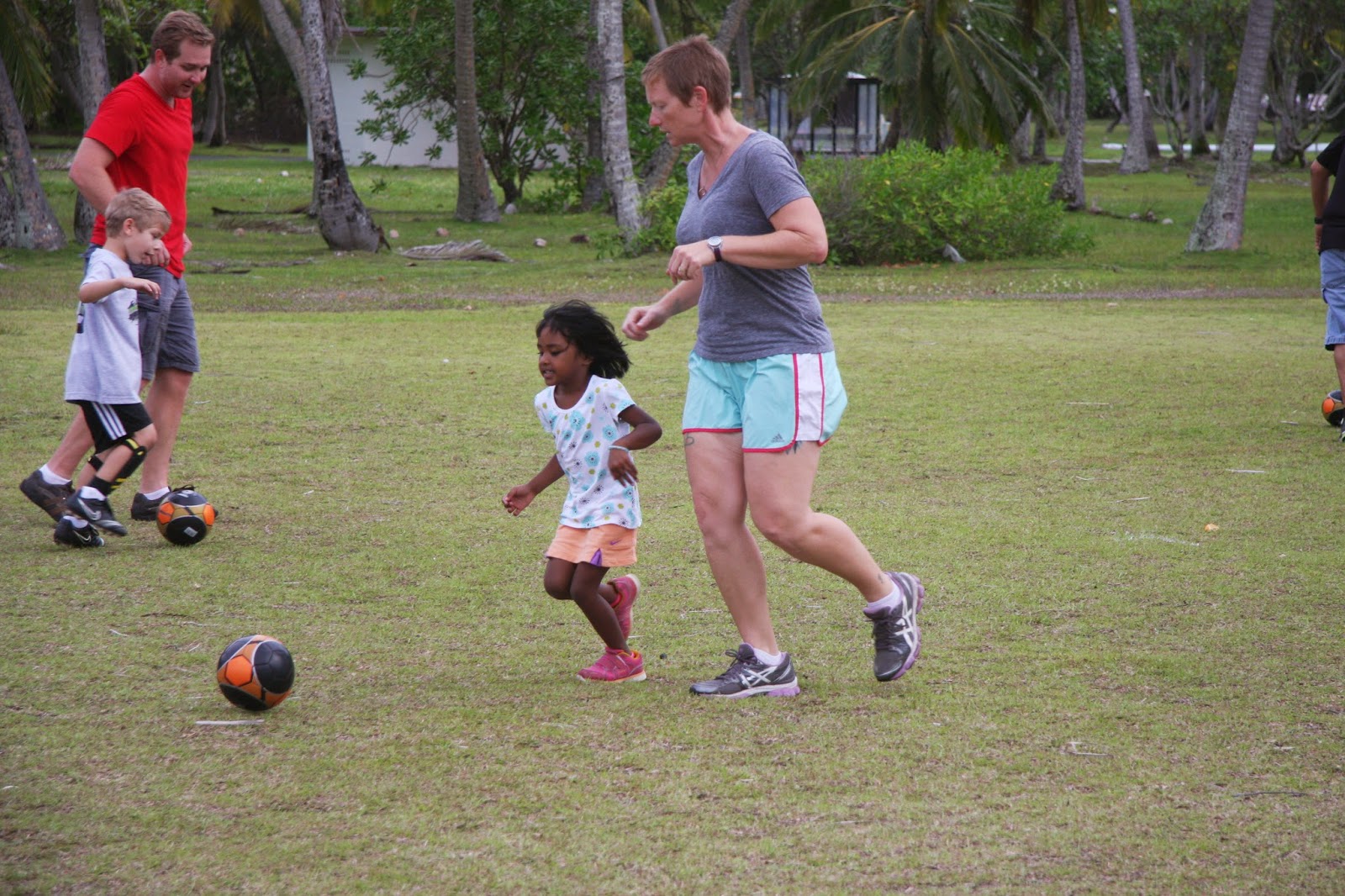 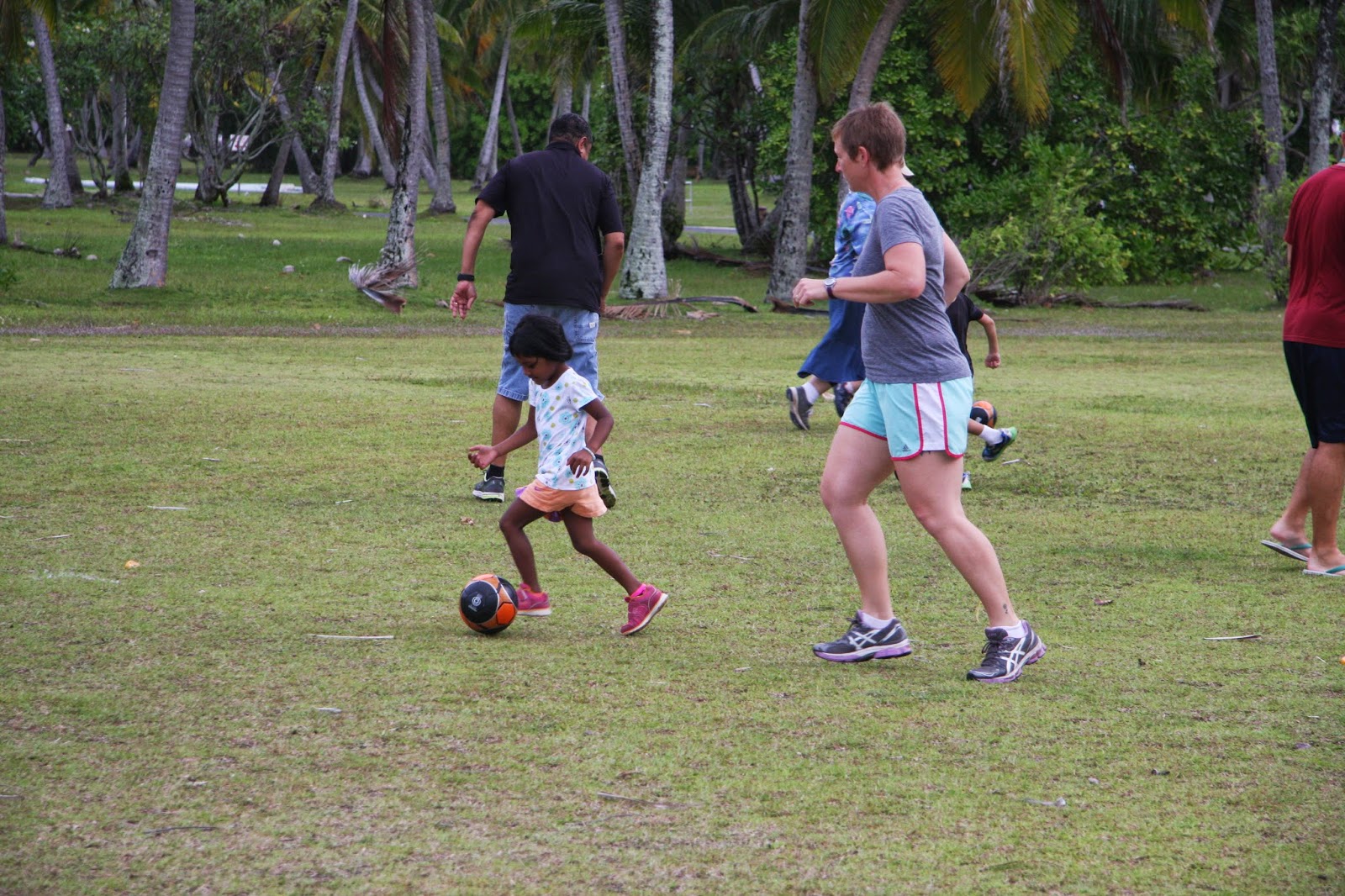 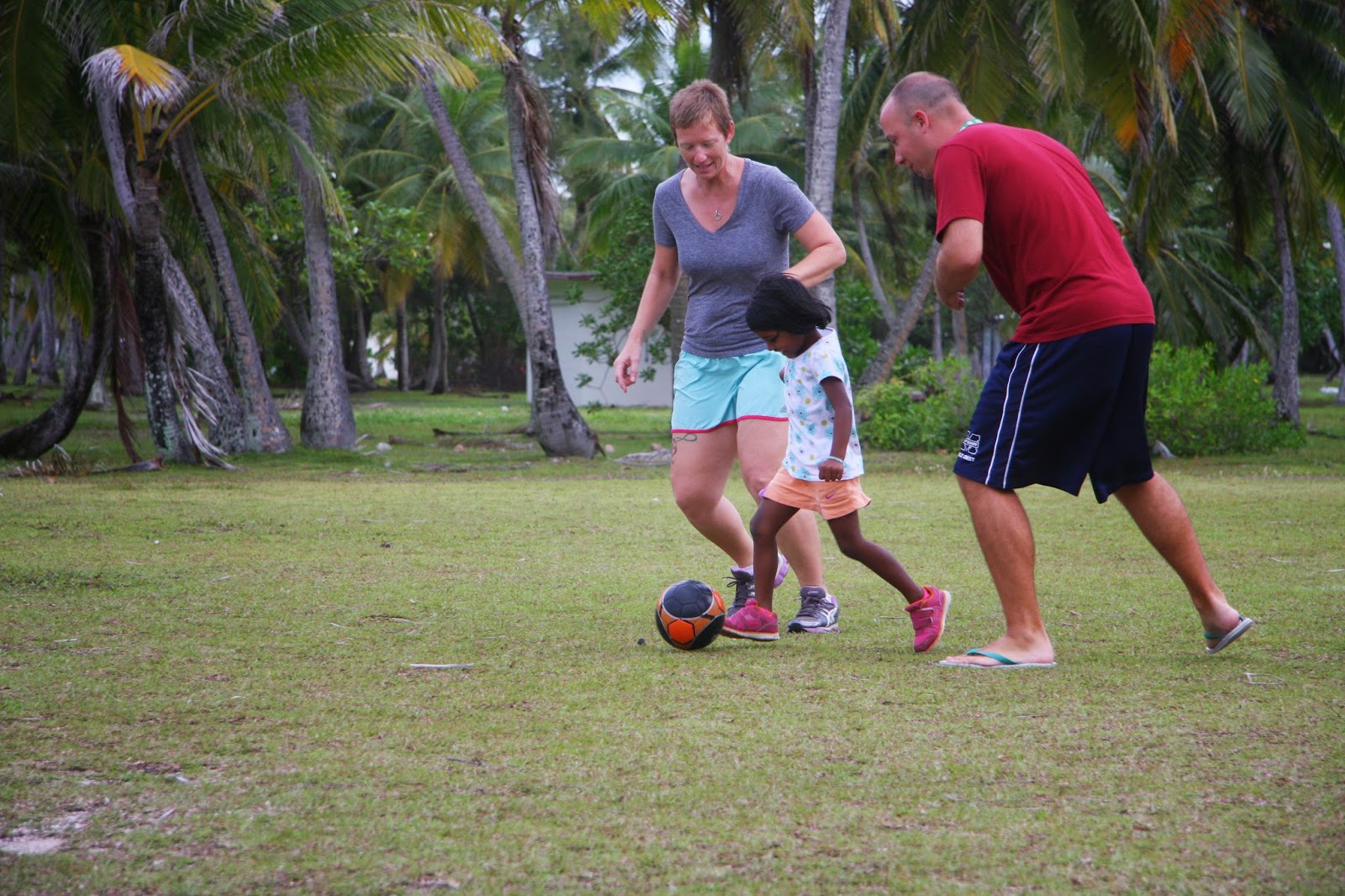 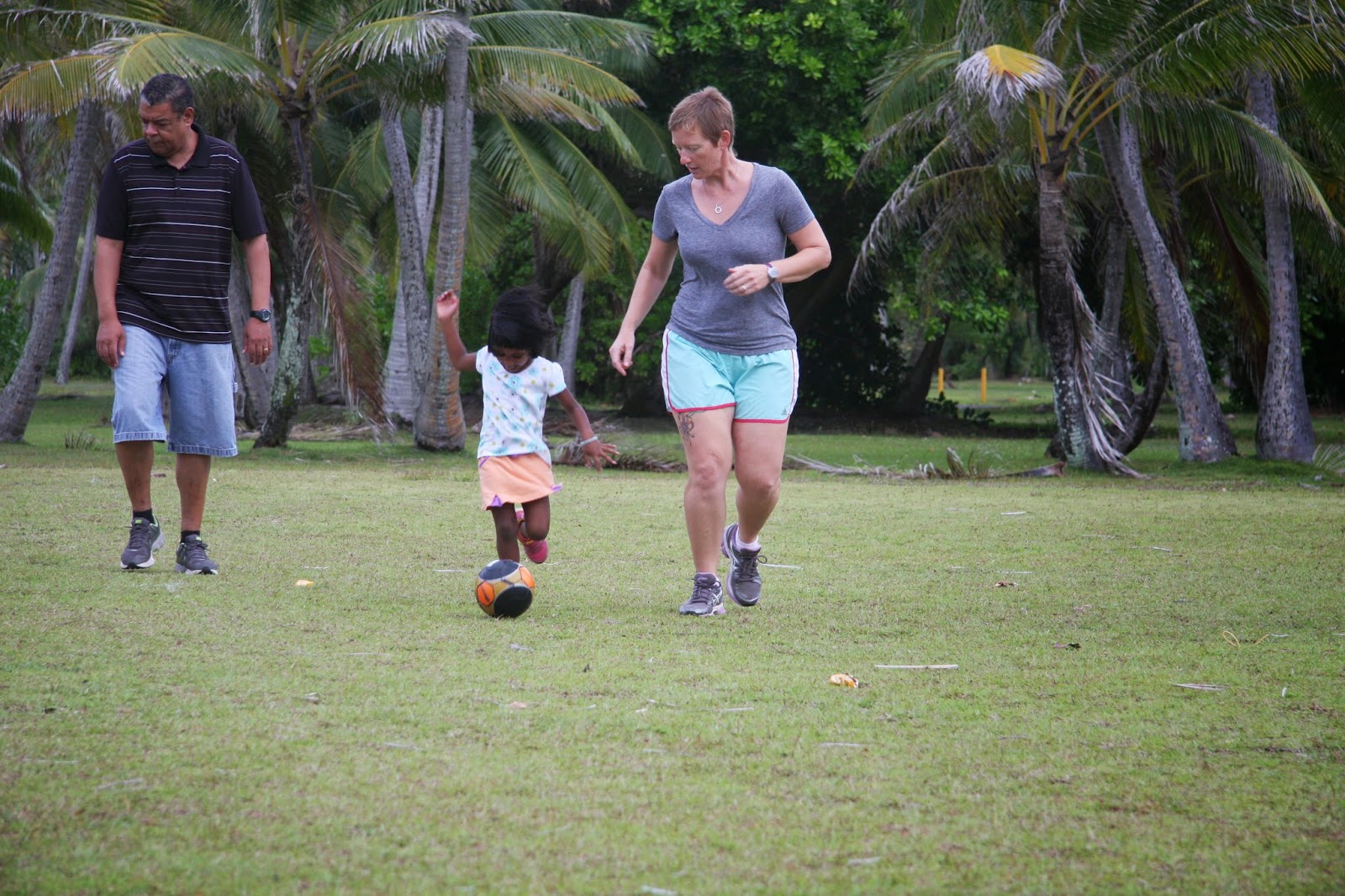 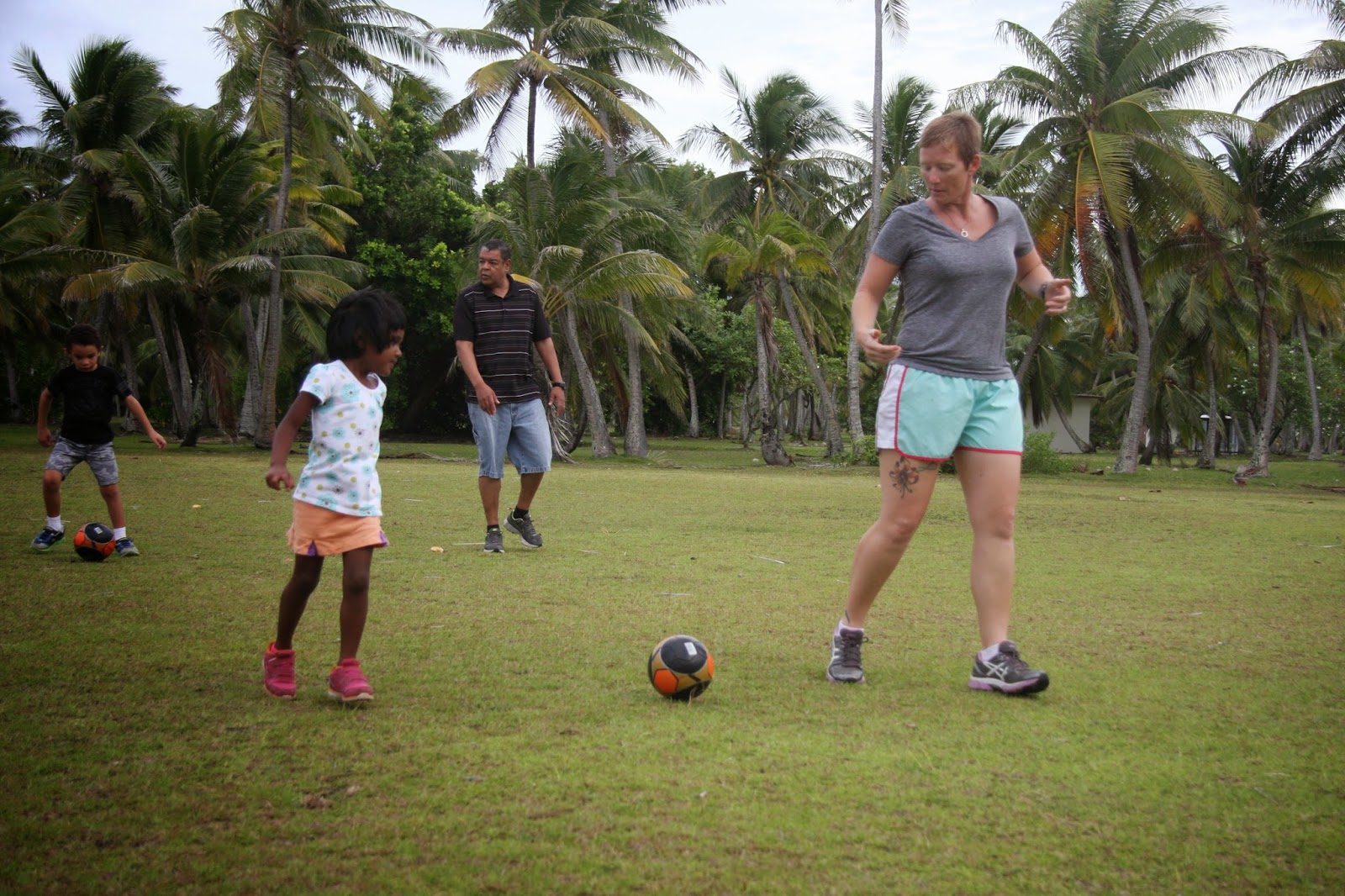 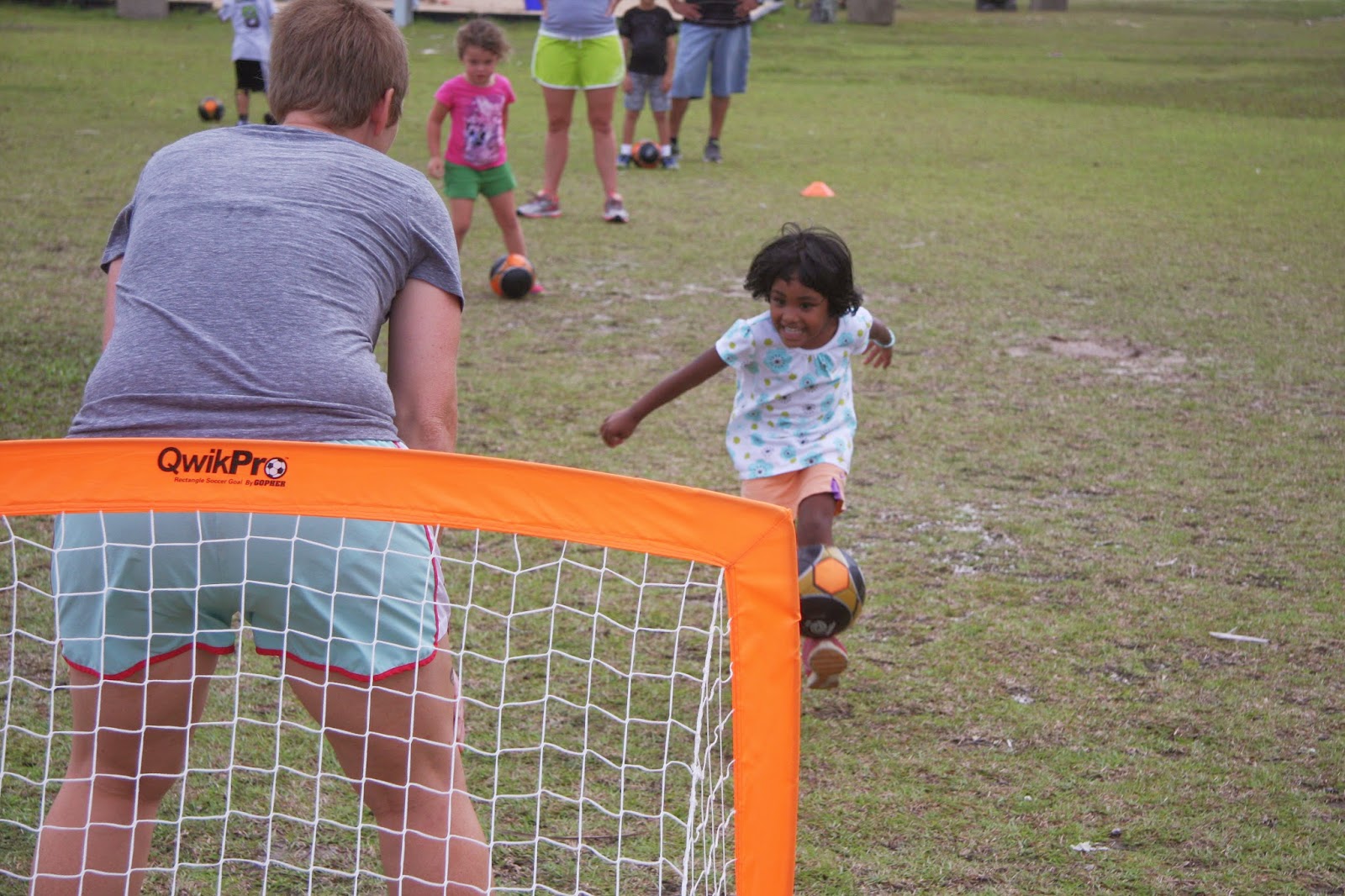 One of Sky's favorite parts of soccer practice was shooting goals because I would play goalie for her. She loved trying to kick the ball past Mama! 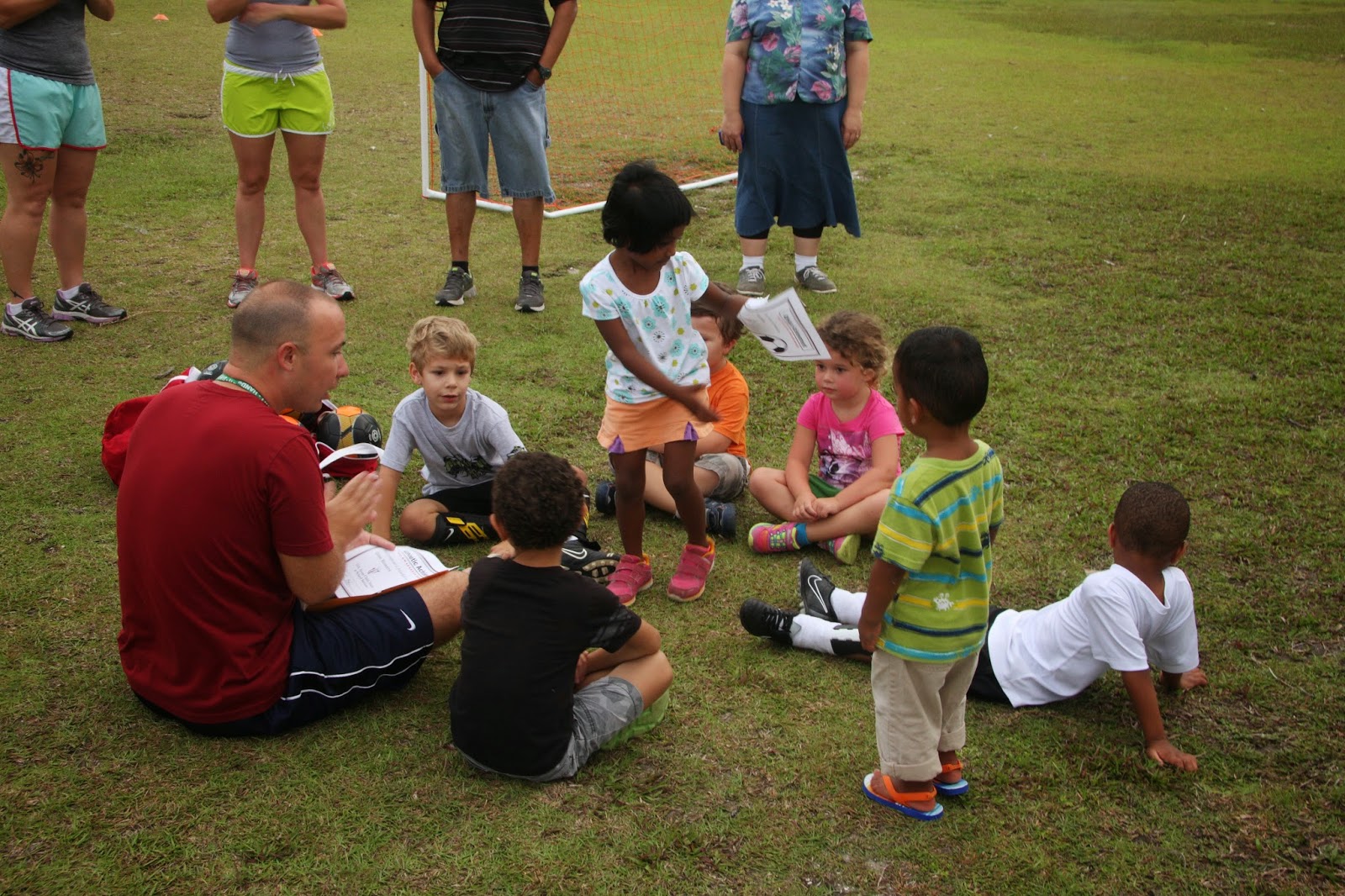 Recieving her certificate from Coach Jason
﻿ 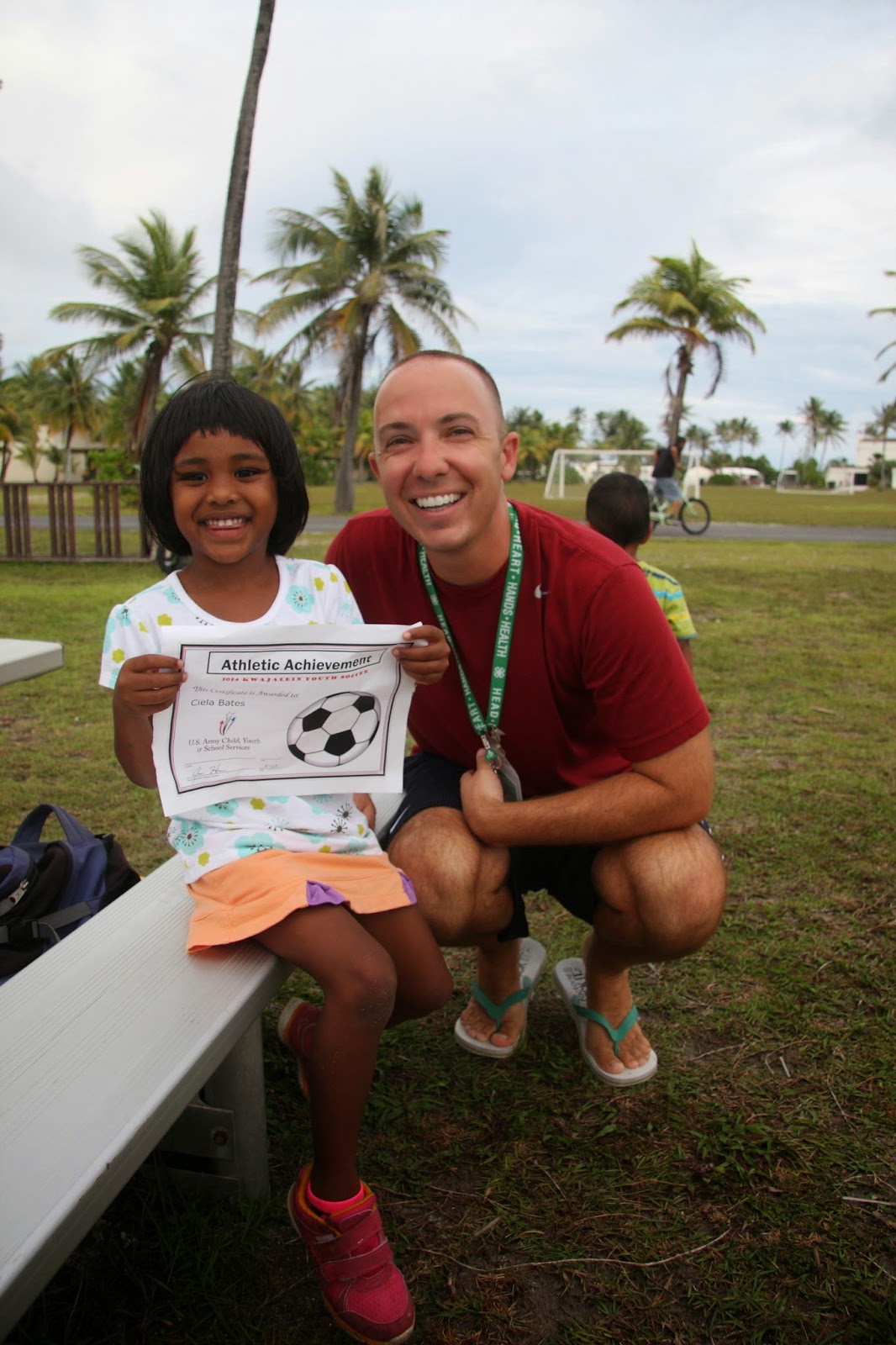 D brought Fire along to Sky's practice- turns out that along with being ridiculously photogenic, that kid is a natural with a soccer ball. He watched the big kids kick the ball for a little bit then grabbed one and dribbled off. He had really amazing ball control! Guess who's going to be in soccer next year?!﻿ 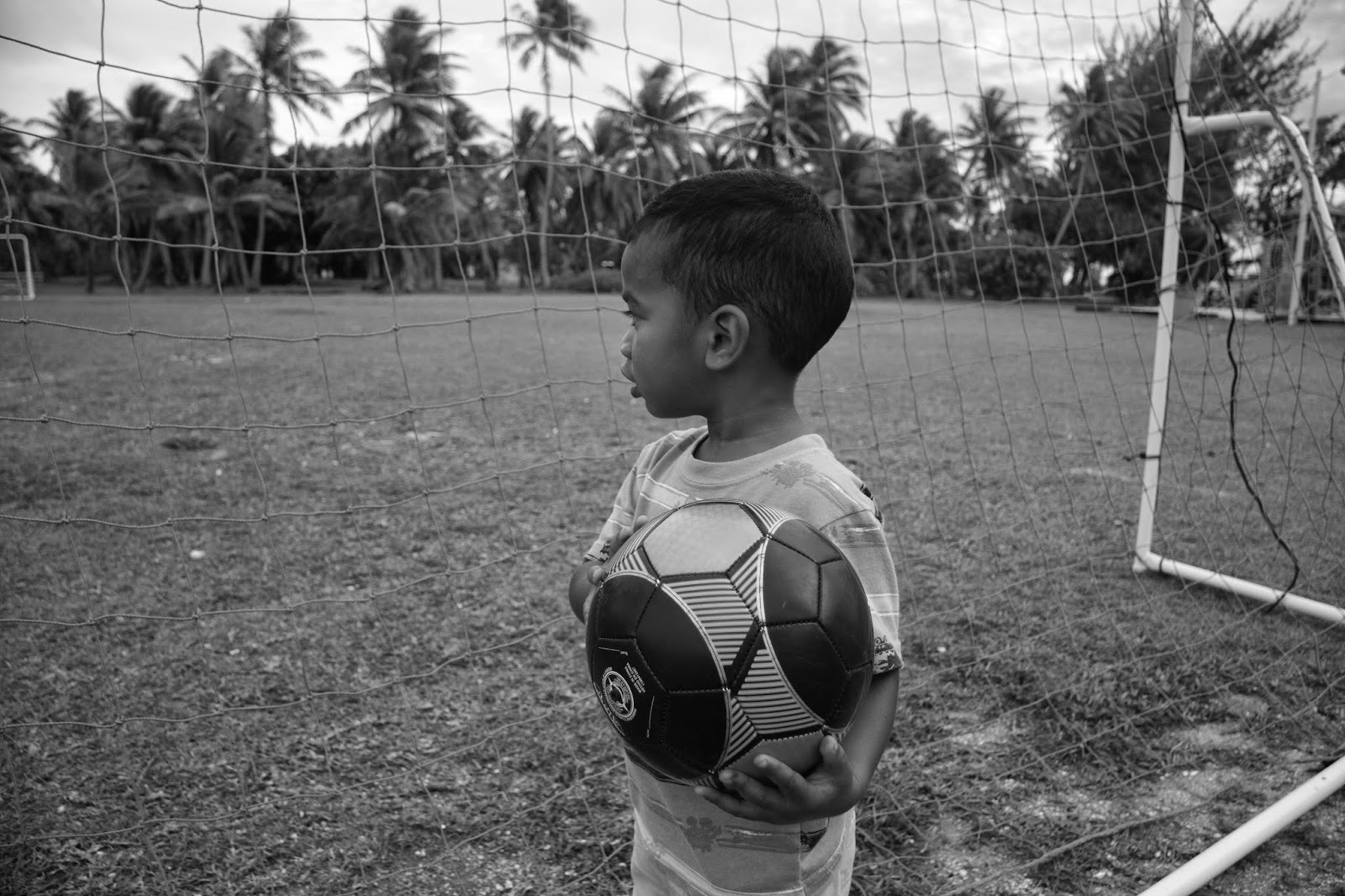 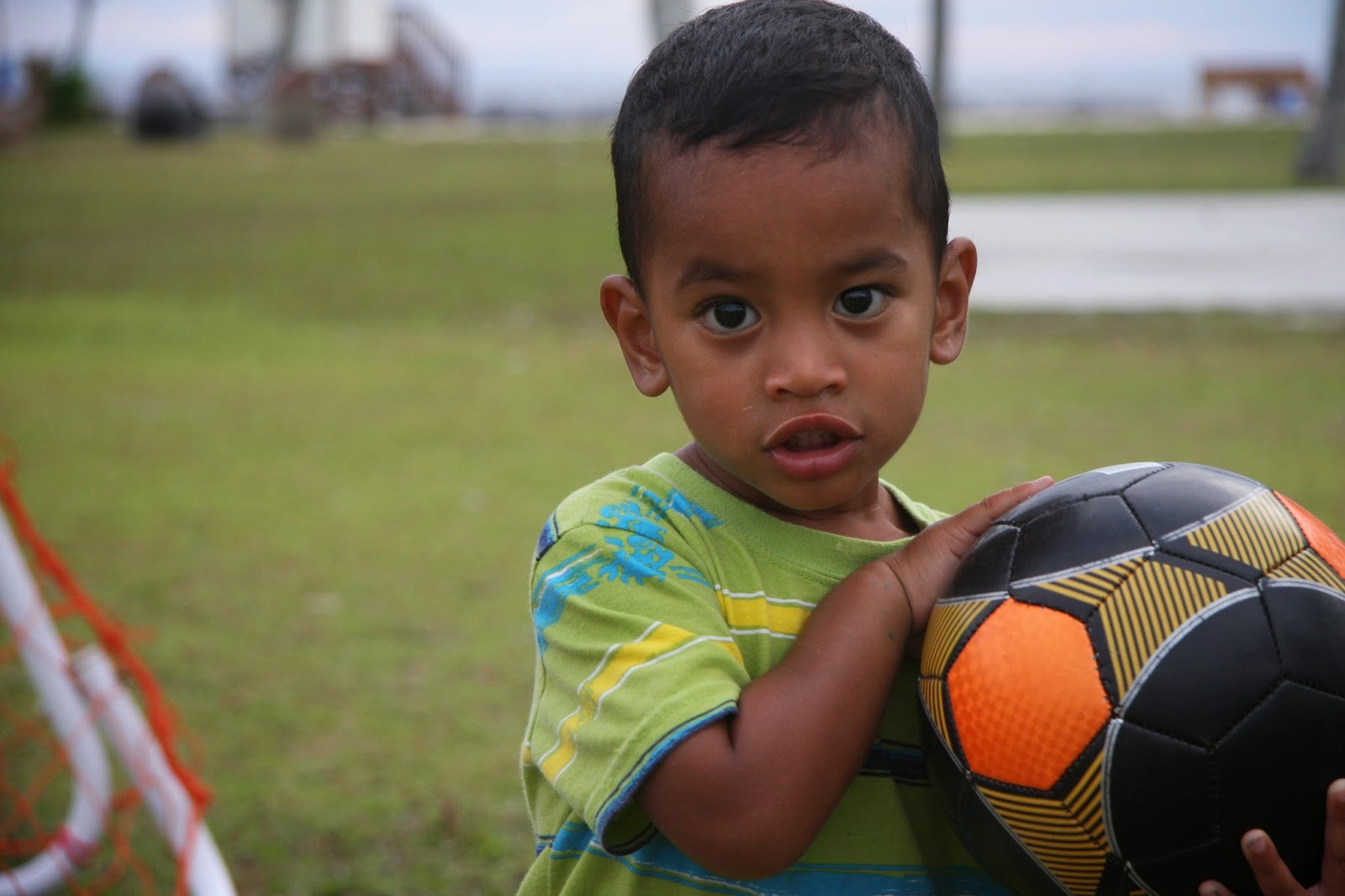 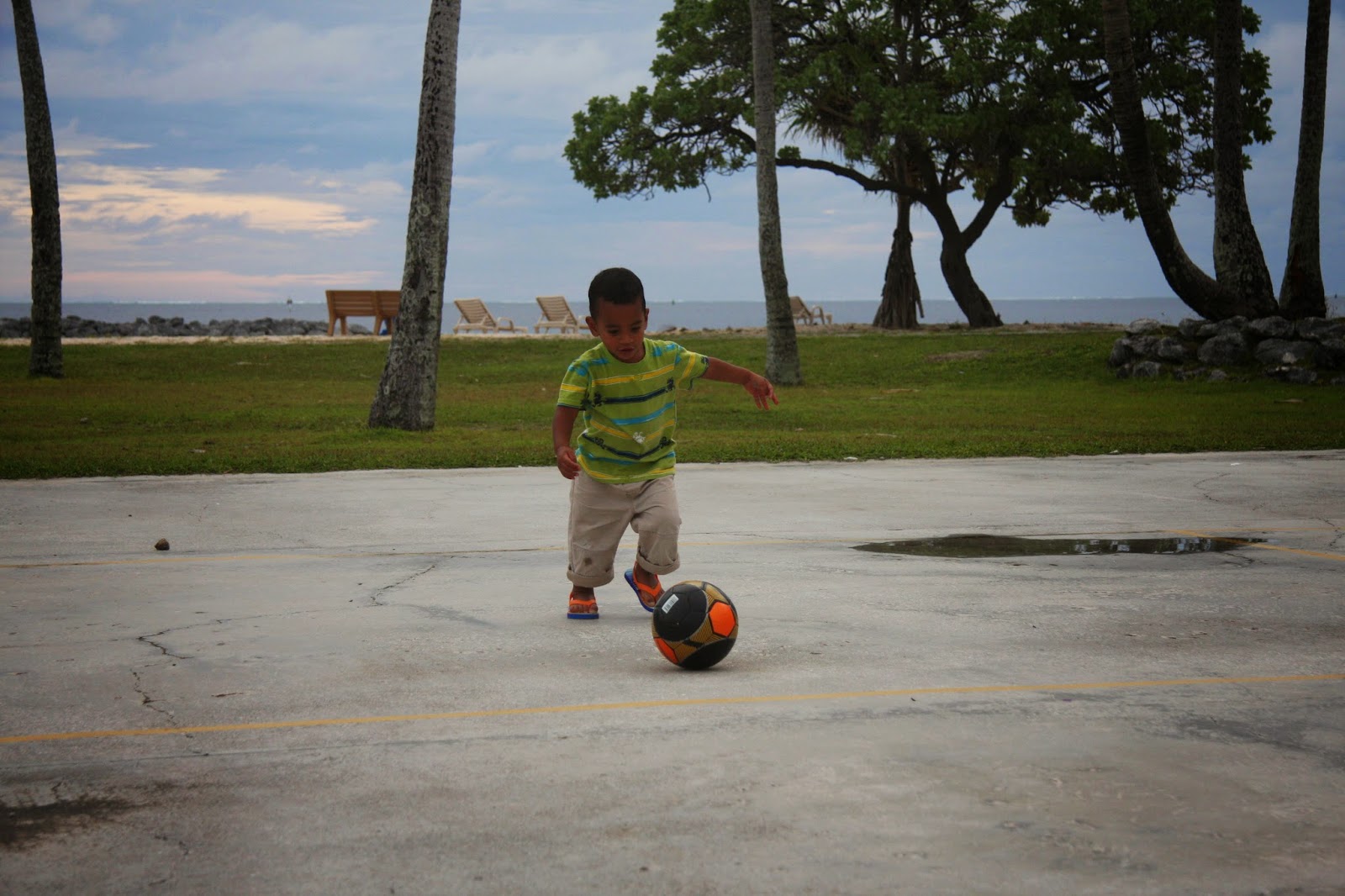 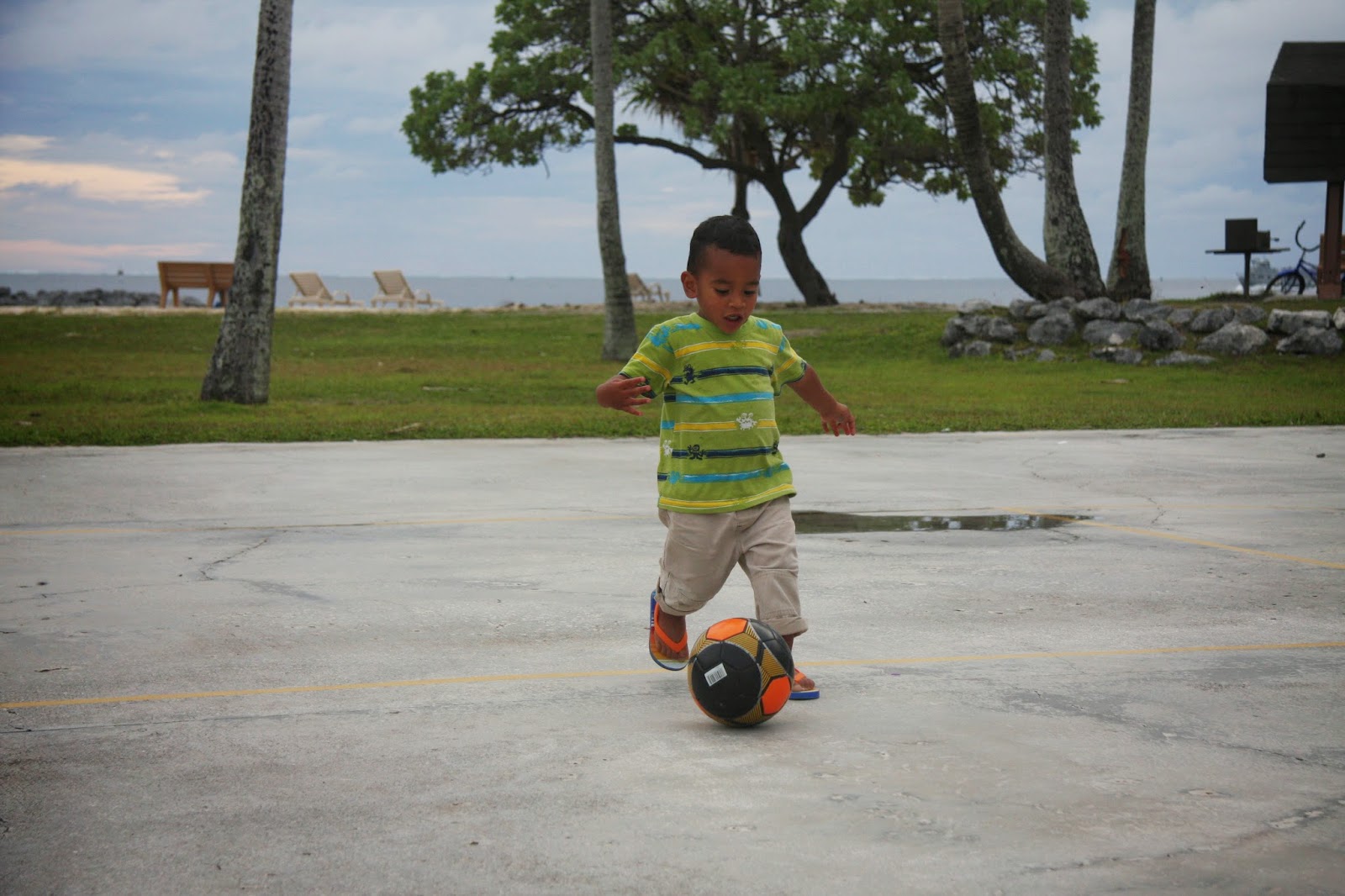