High Five for the Fourth of July!

I'm combining my usual High Five for Friday post with one about our Kwaj Fourth of July (and yes, just like last week H54F post, it's late.  In my defense, not much happened last week AND the Kwaj Fourth of July party was on the fifth because of a weather delay.
As usual, we celebrated at the beach.  This year all the activities were in the late afternoon or evening, a welcome change from previous years when everything started at 1 in afternoon (AKA when Kwaj doubles as a frying pan).  There was a bouncy house, a giant slip n slide, crafts, vendors, a weaving demonstration, besides the usual beach and playground fun.

First 4th of July as an American!﻿ 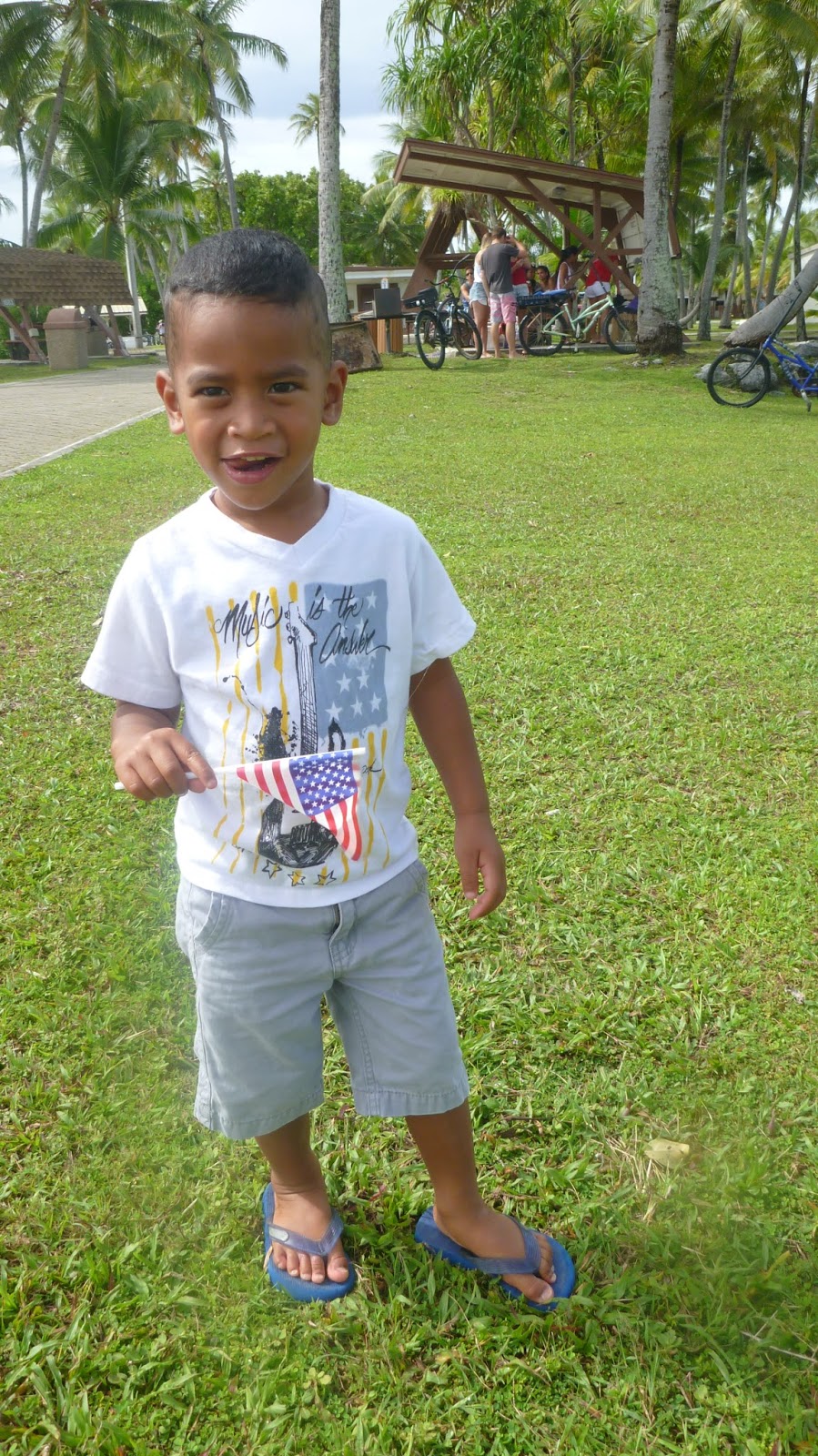 The beach party started out with a bike parade: 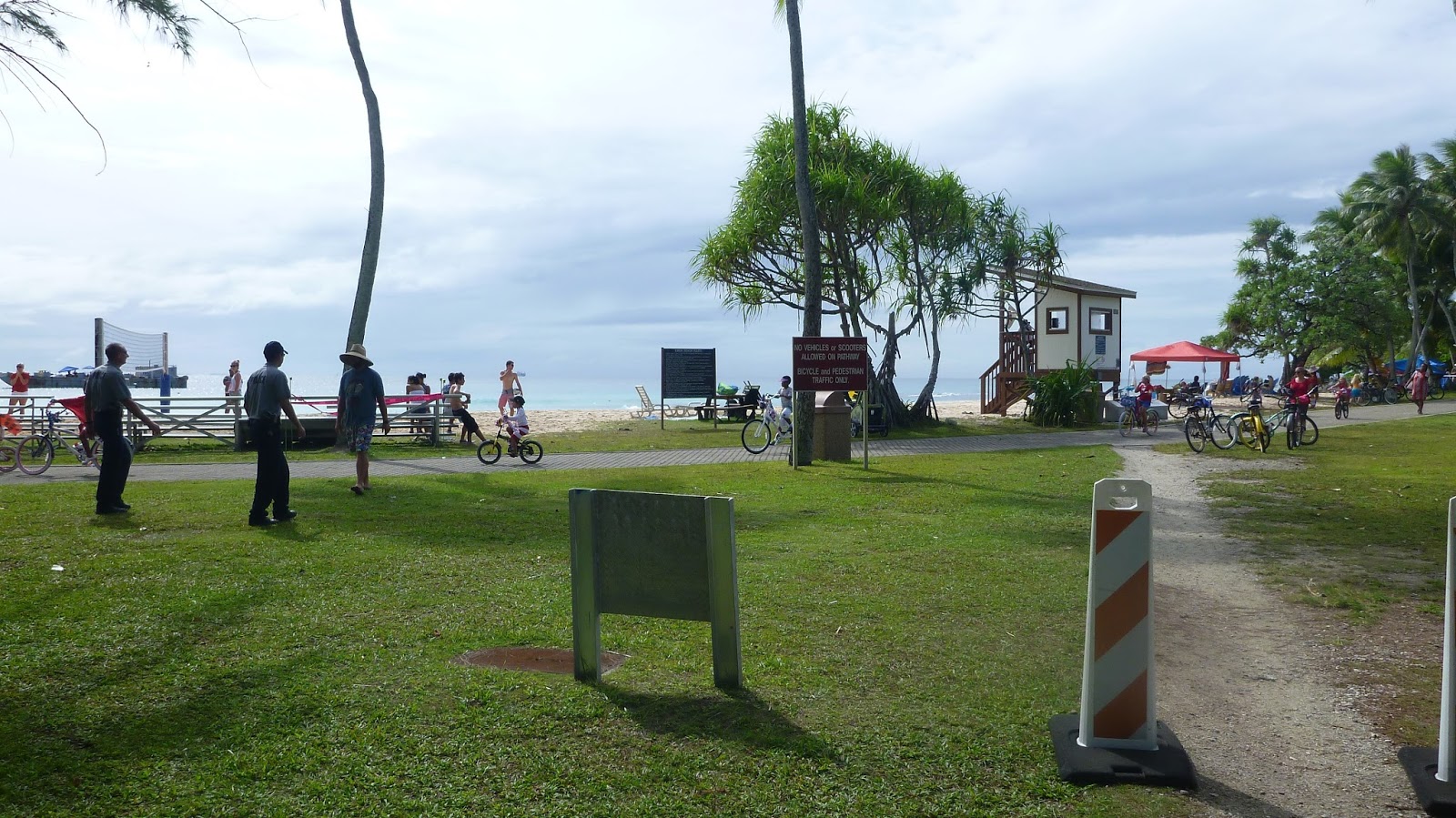 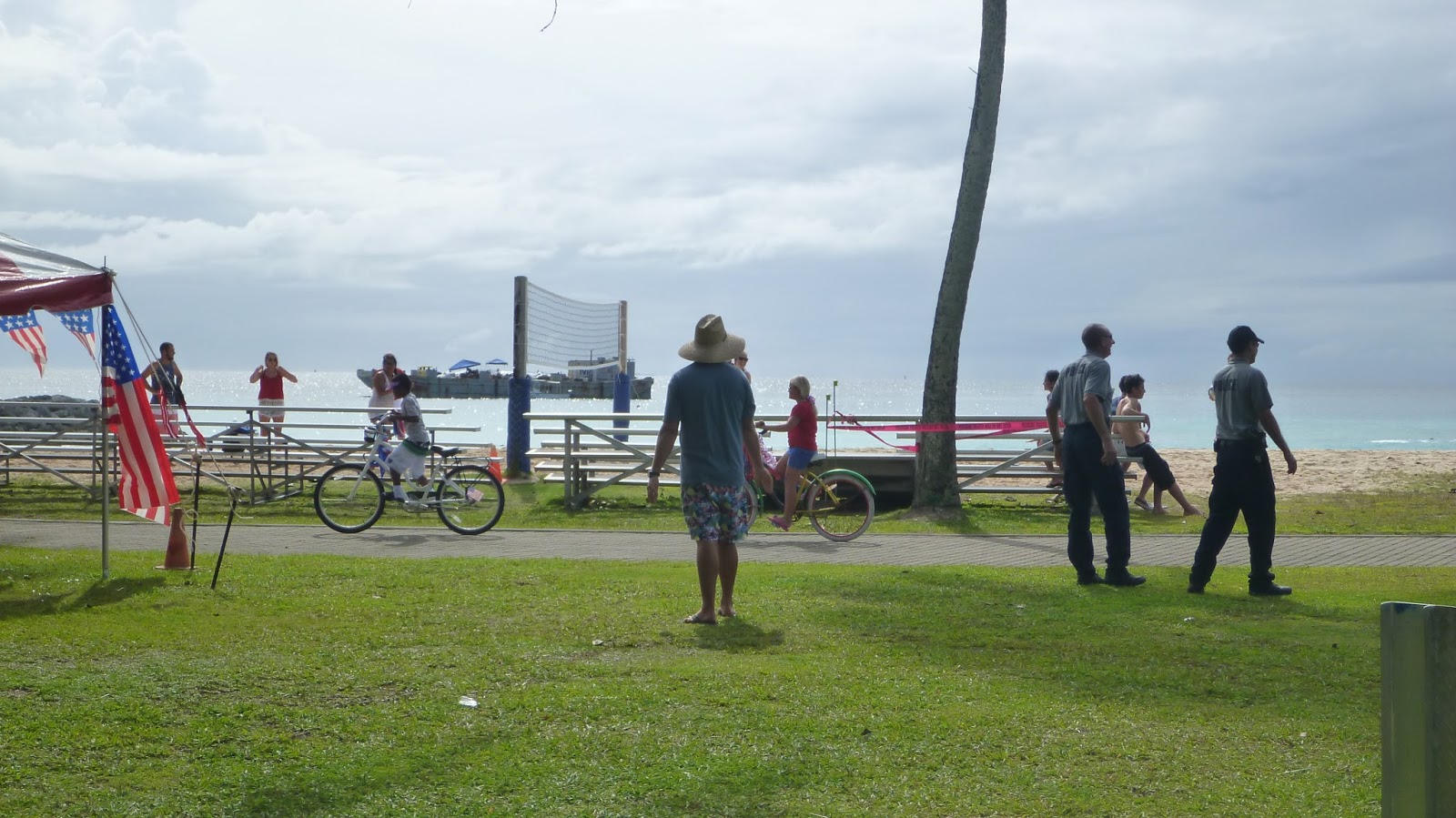 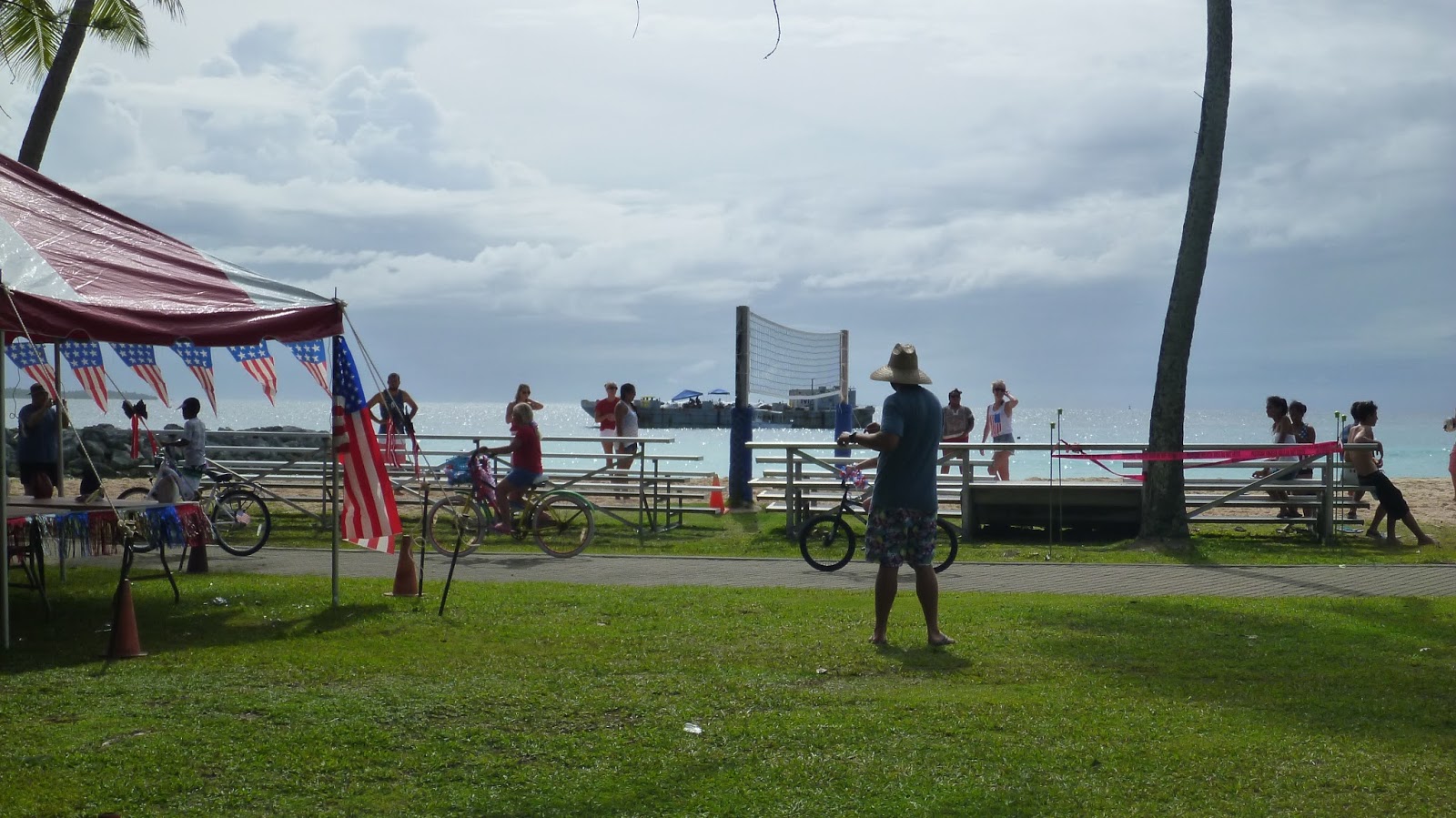 which none of my kids participated in.  Sky's not a joiner (new means change, which is still scary sometimes) and if Sky's not doing it, neither is Fire.

We hit the swings 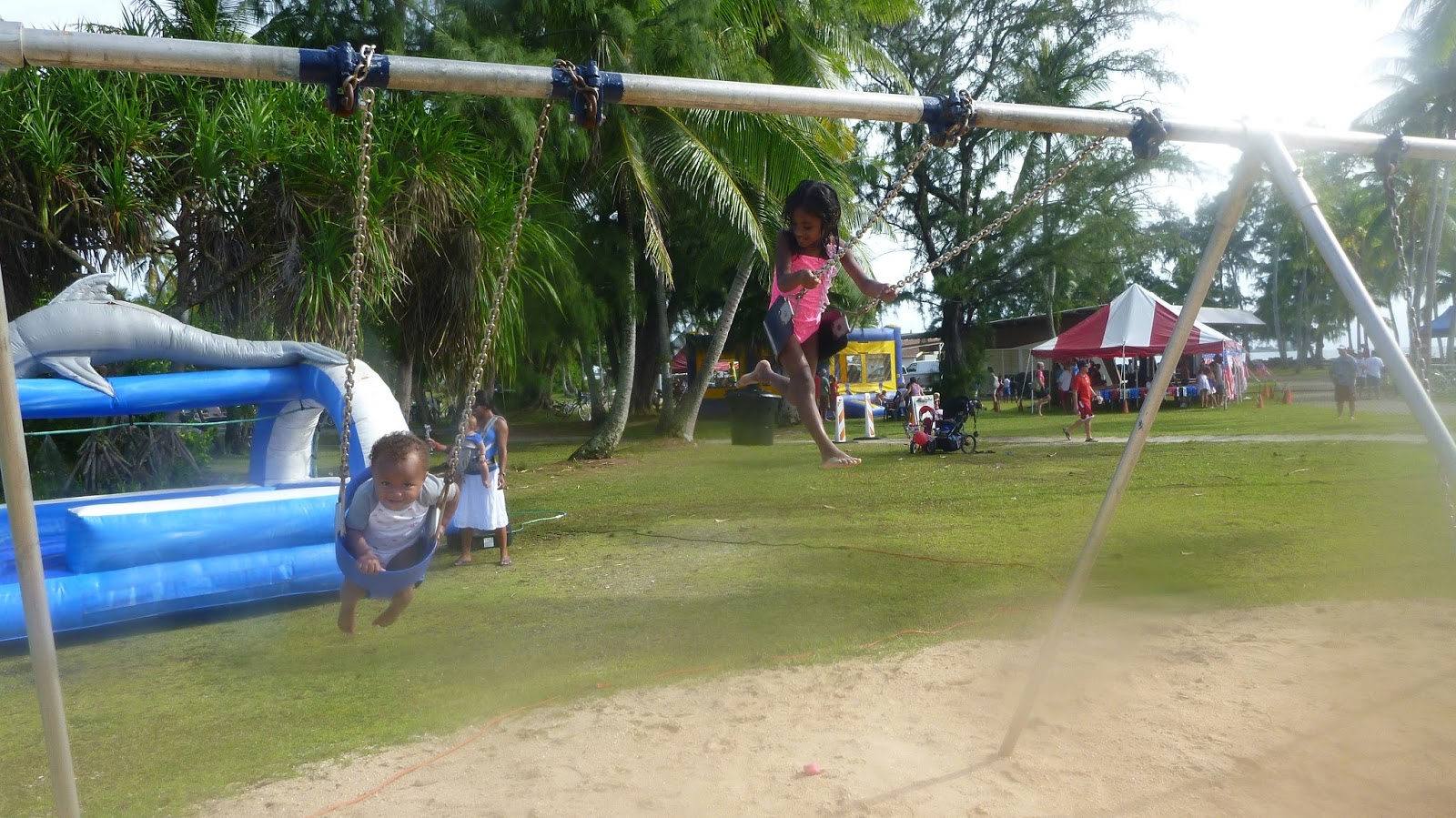 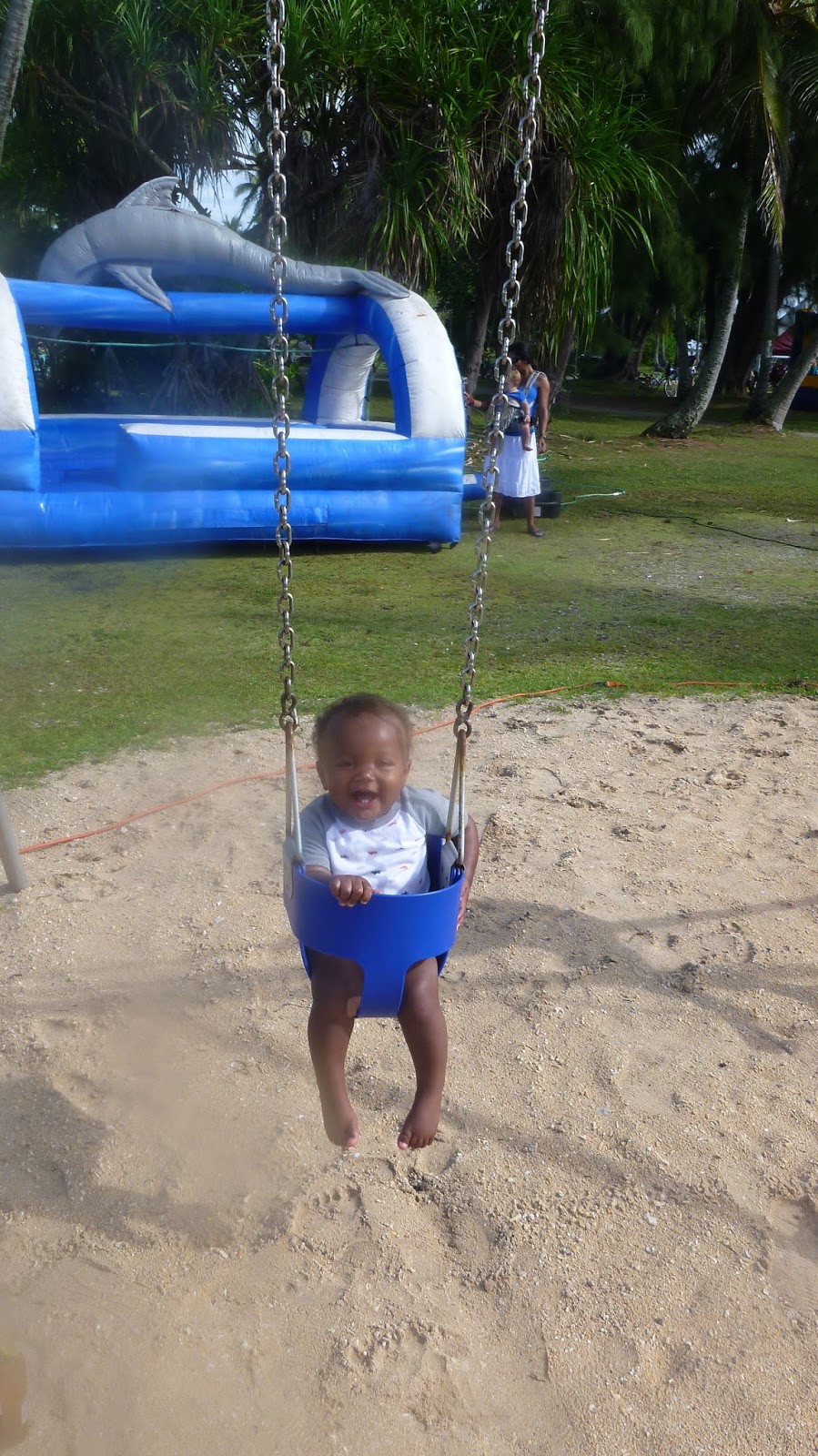 and then Sky and Fire tried the big slip n slide.  I was super proud of them for trying this because they've always been too scared in the past to do it, even if D went with them.  Sky only went a few times but Fire LOVED it and spent over an hour running, sliding, and waiting in line to do it all over again. 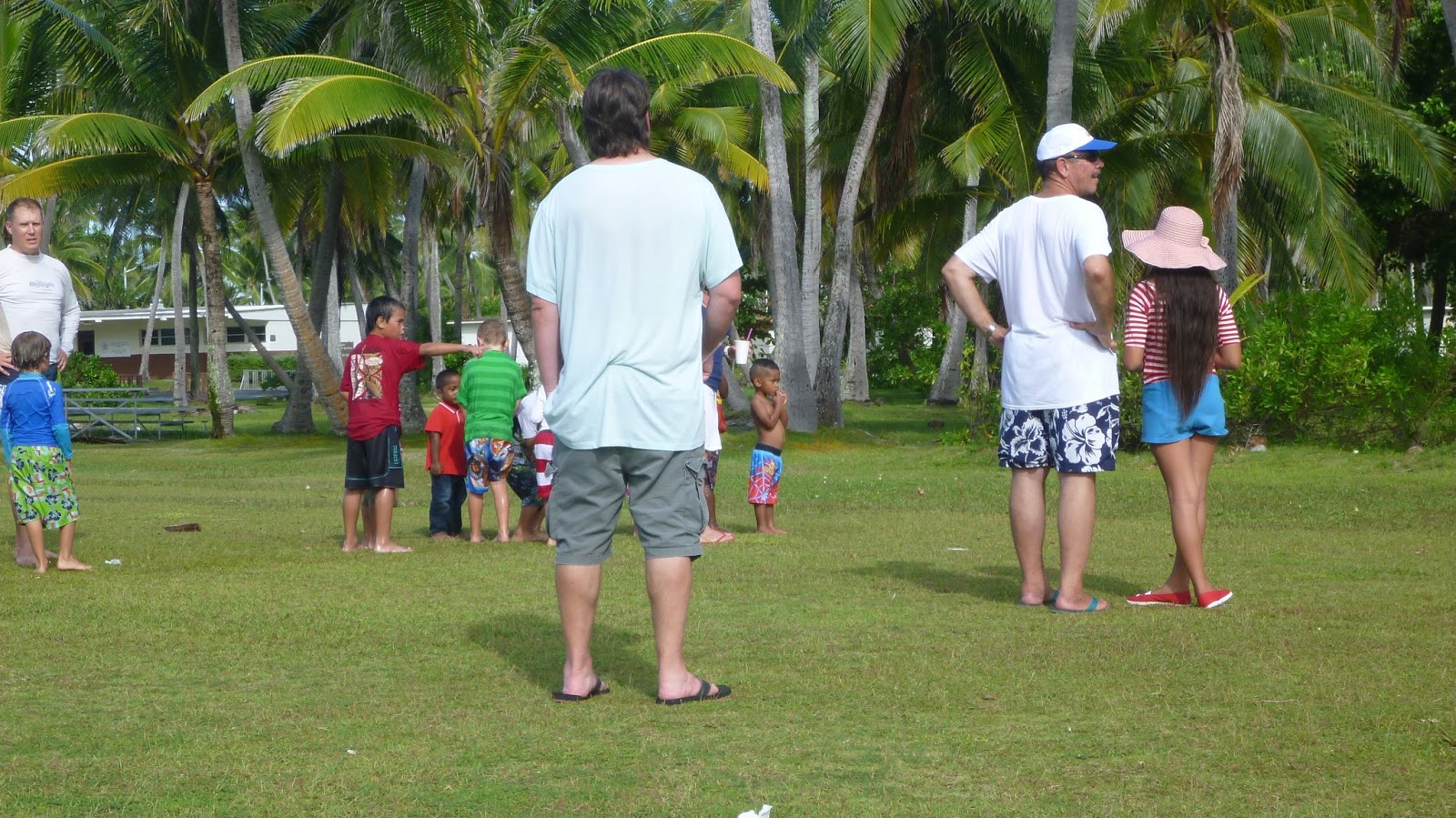 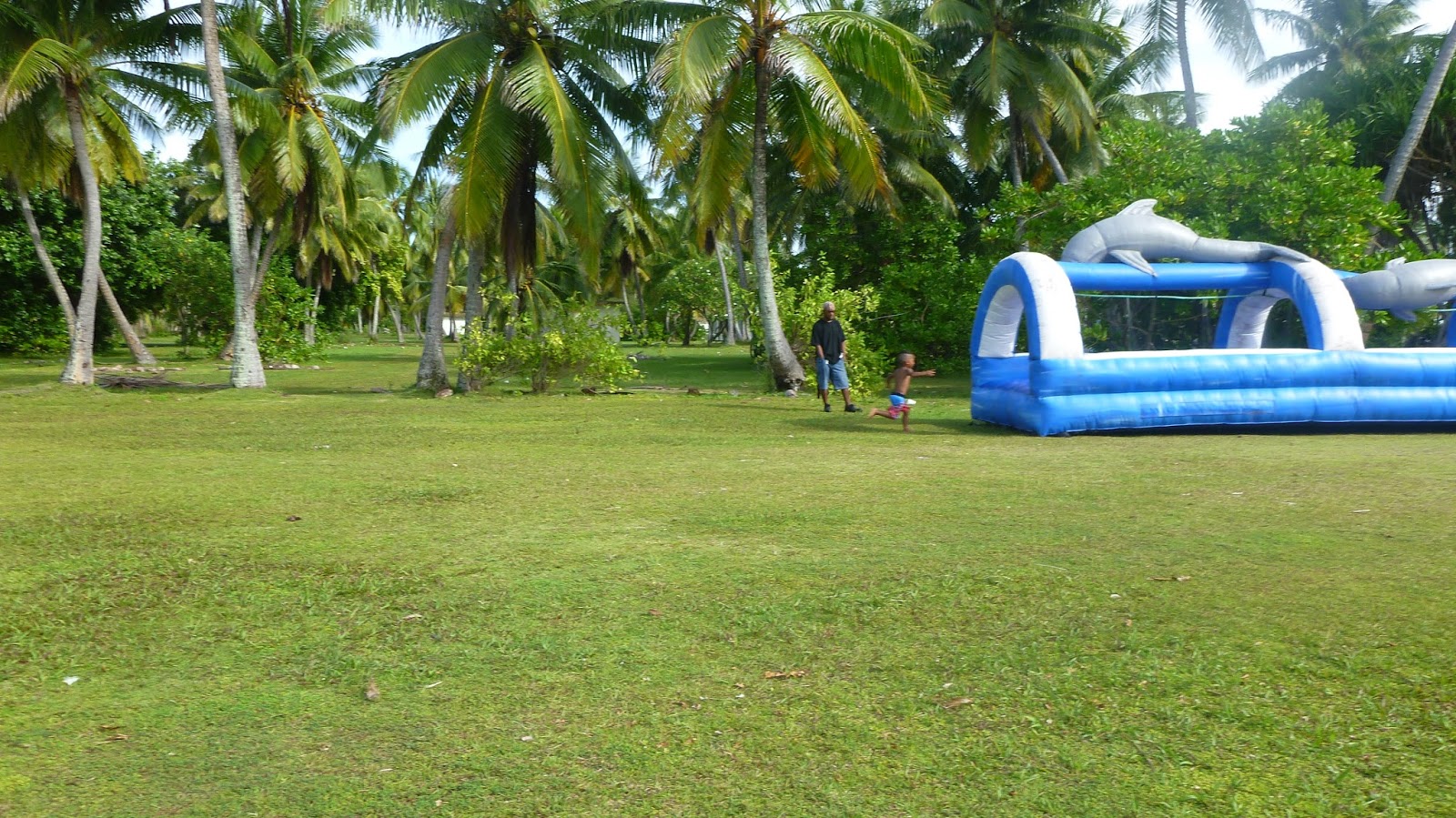 (It was really funny to watch Fire take his turn- he would run his little heart out to the slip n slide, then come to a full stop, climb up on to the slide, and then run and slip down it!) 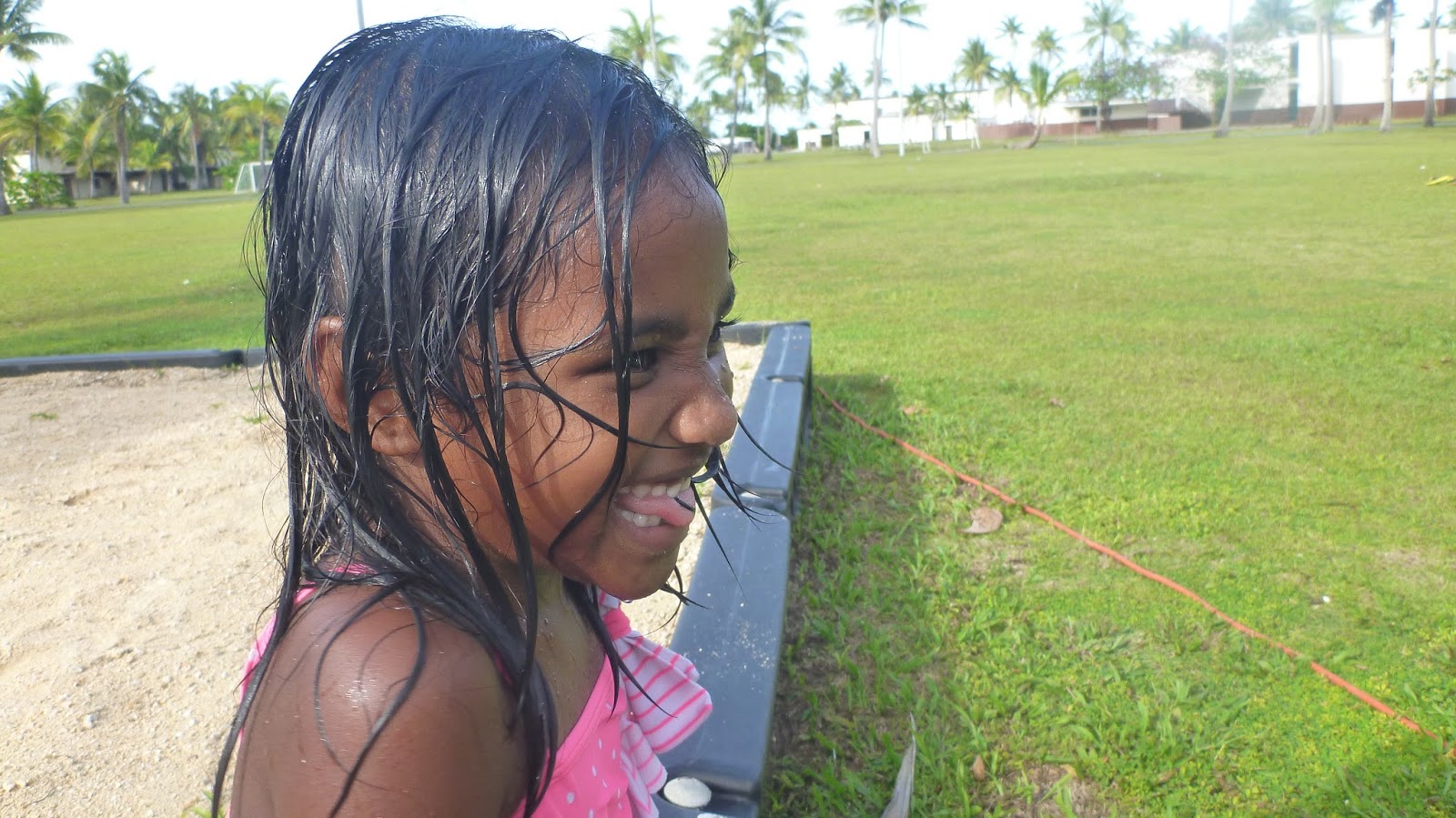 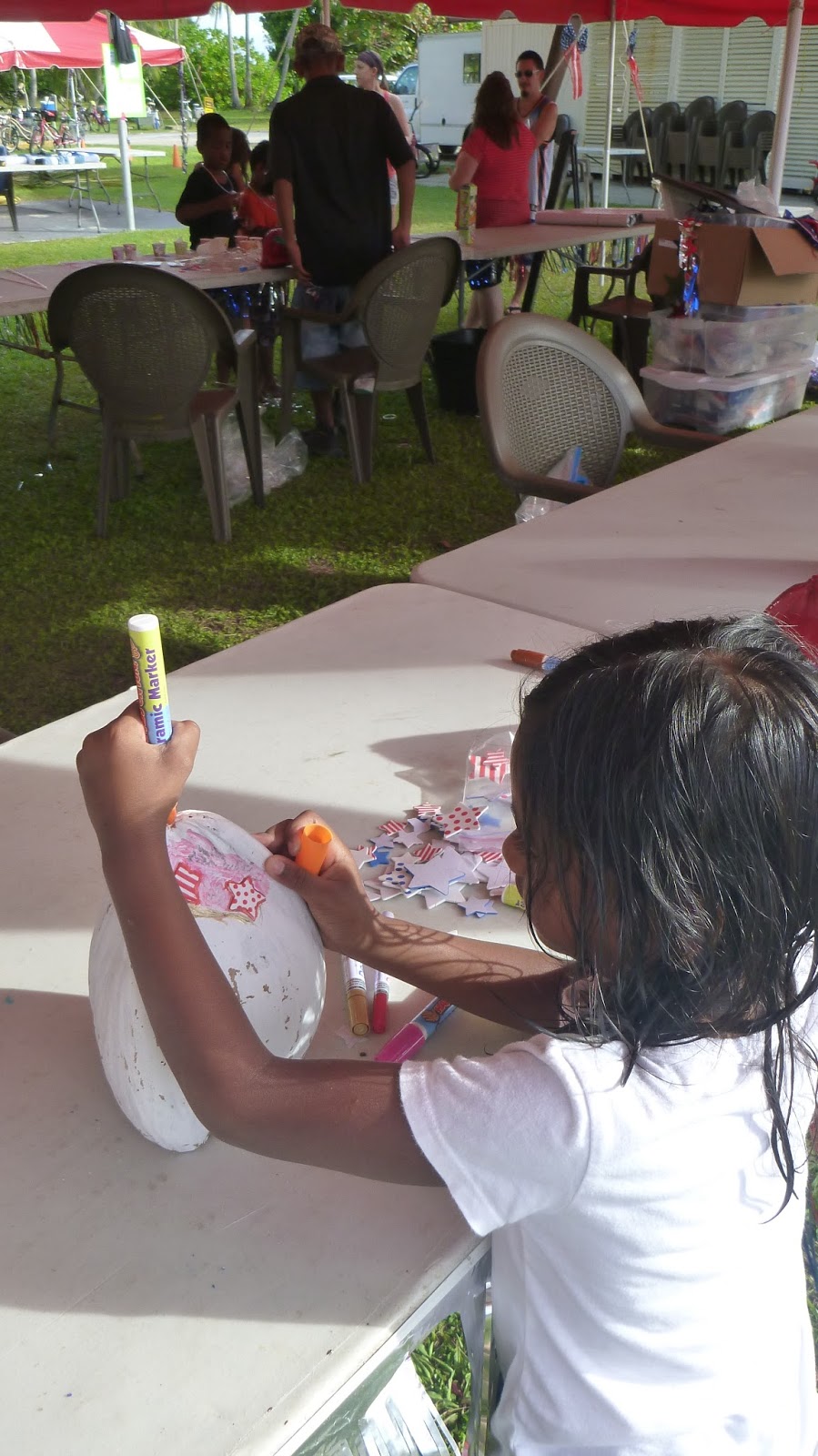 Water with his daddy 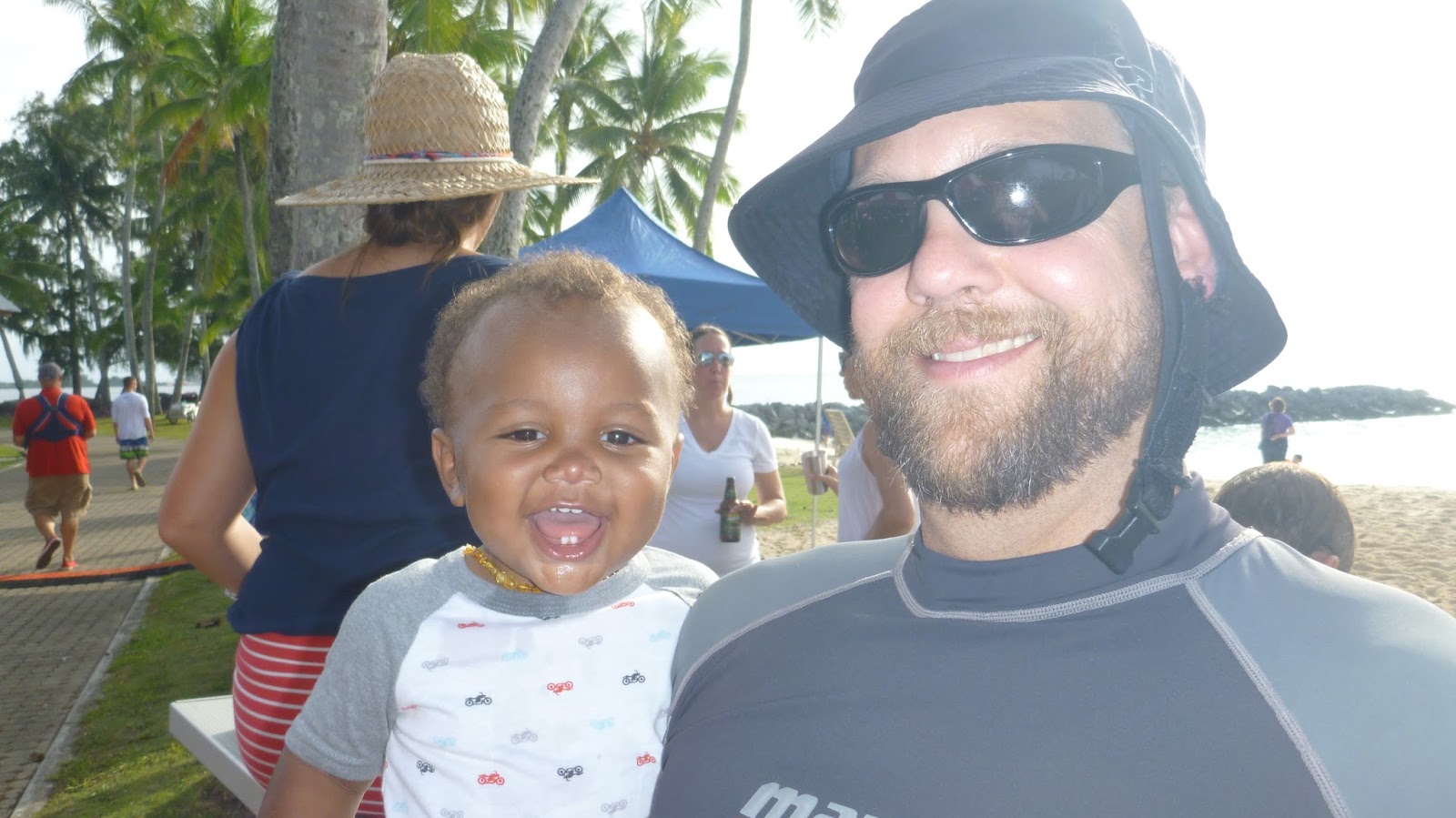 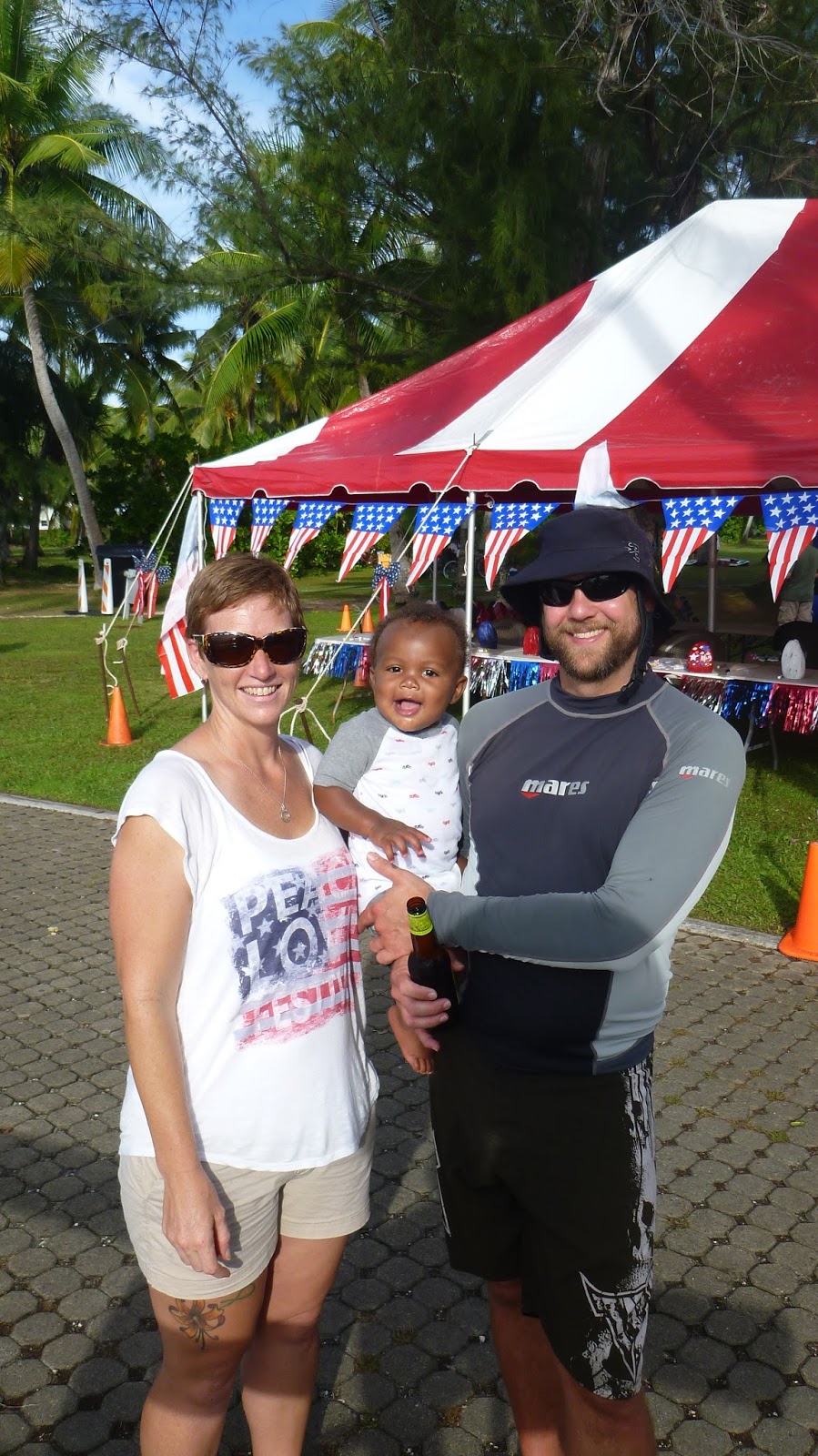 Water with N (one of his BFFs) and her dad 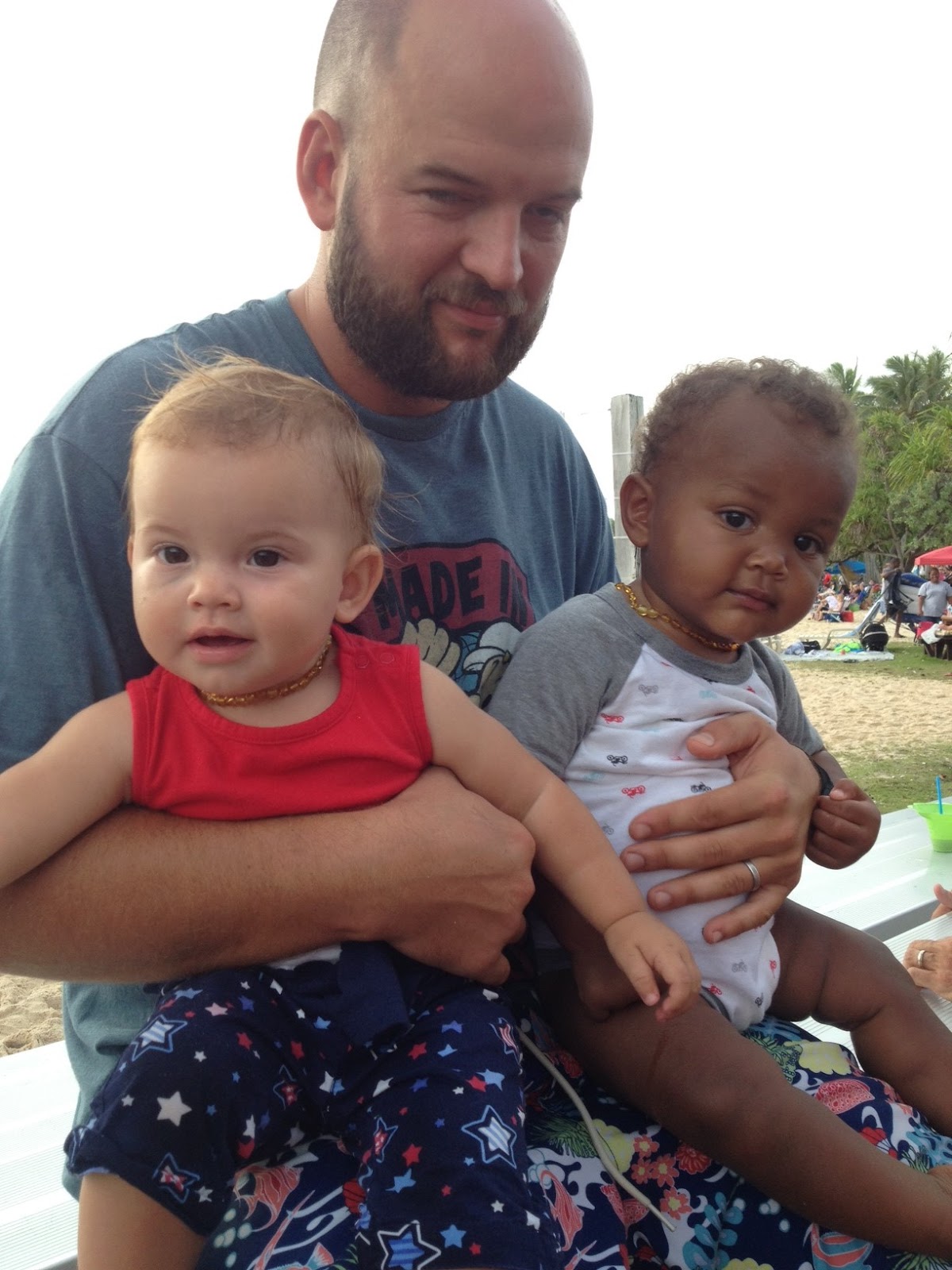 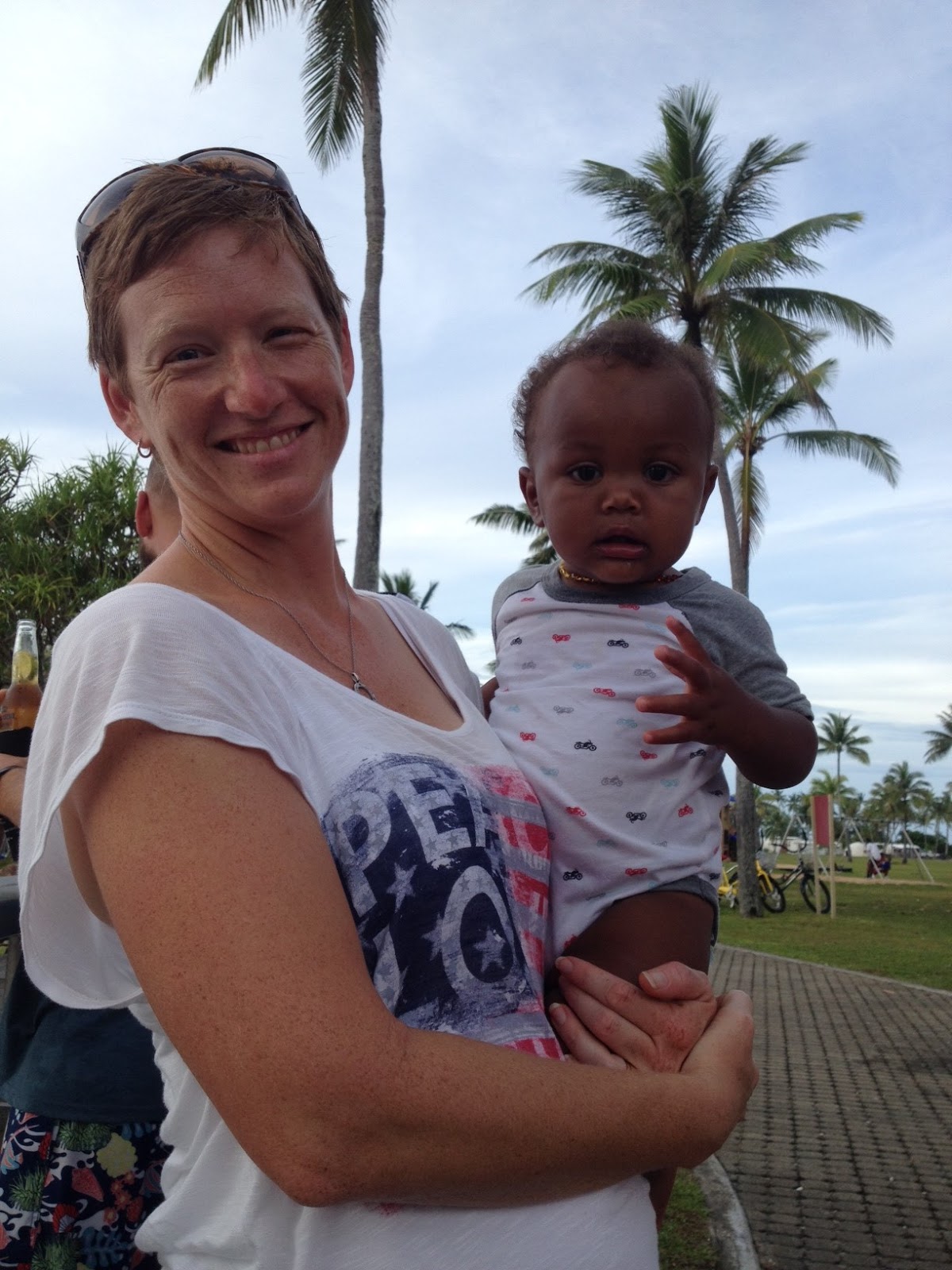 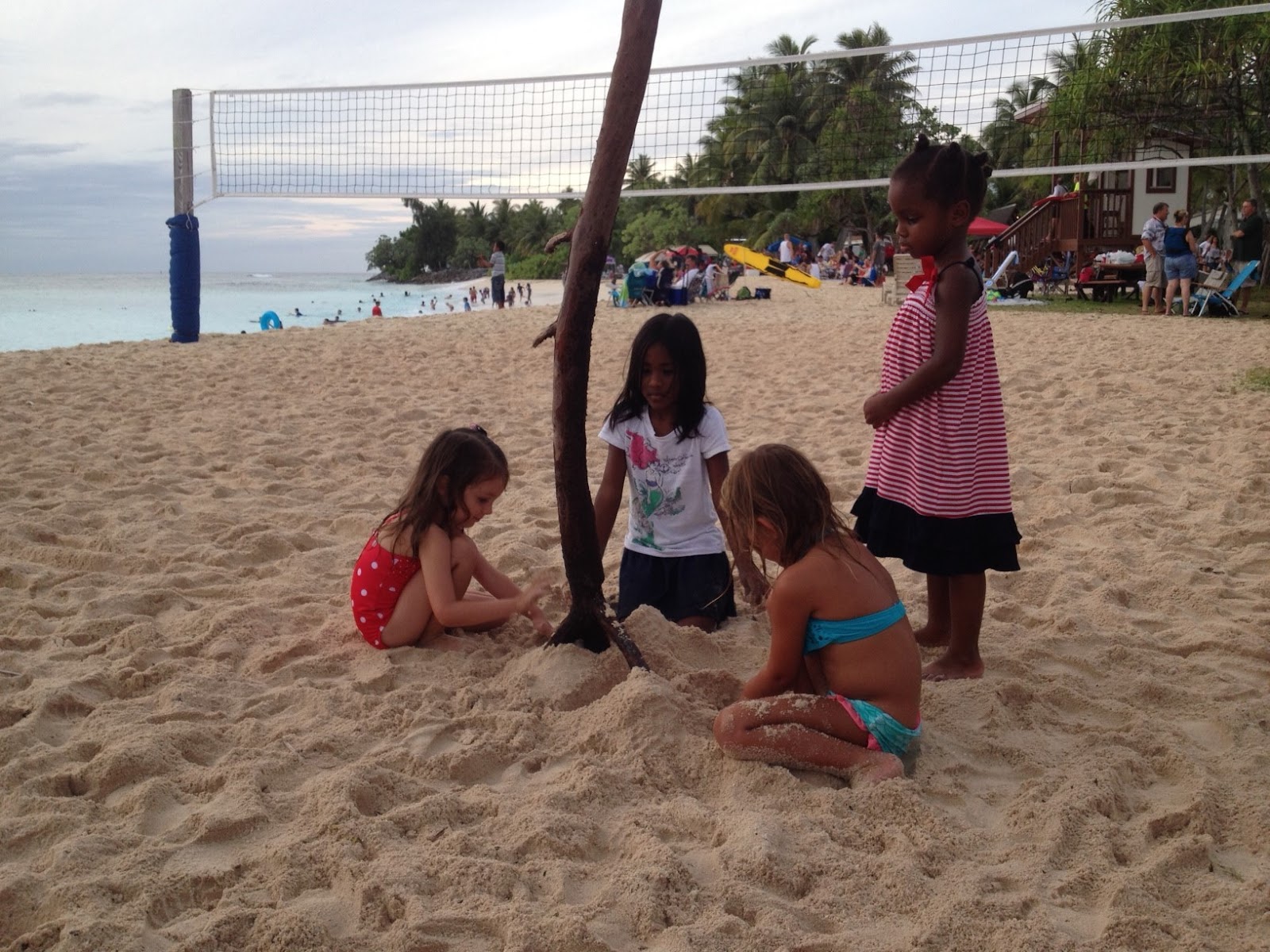 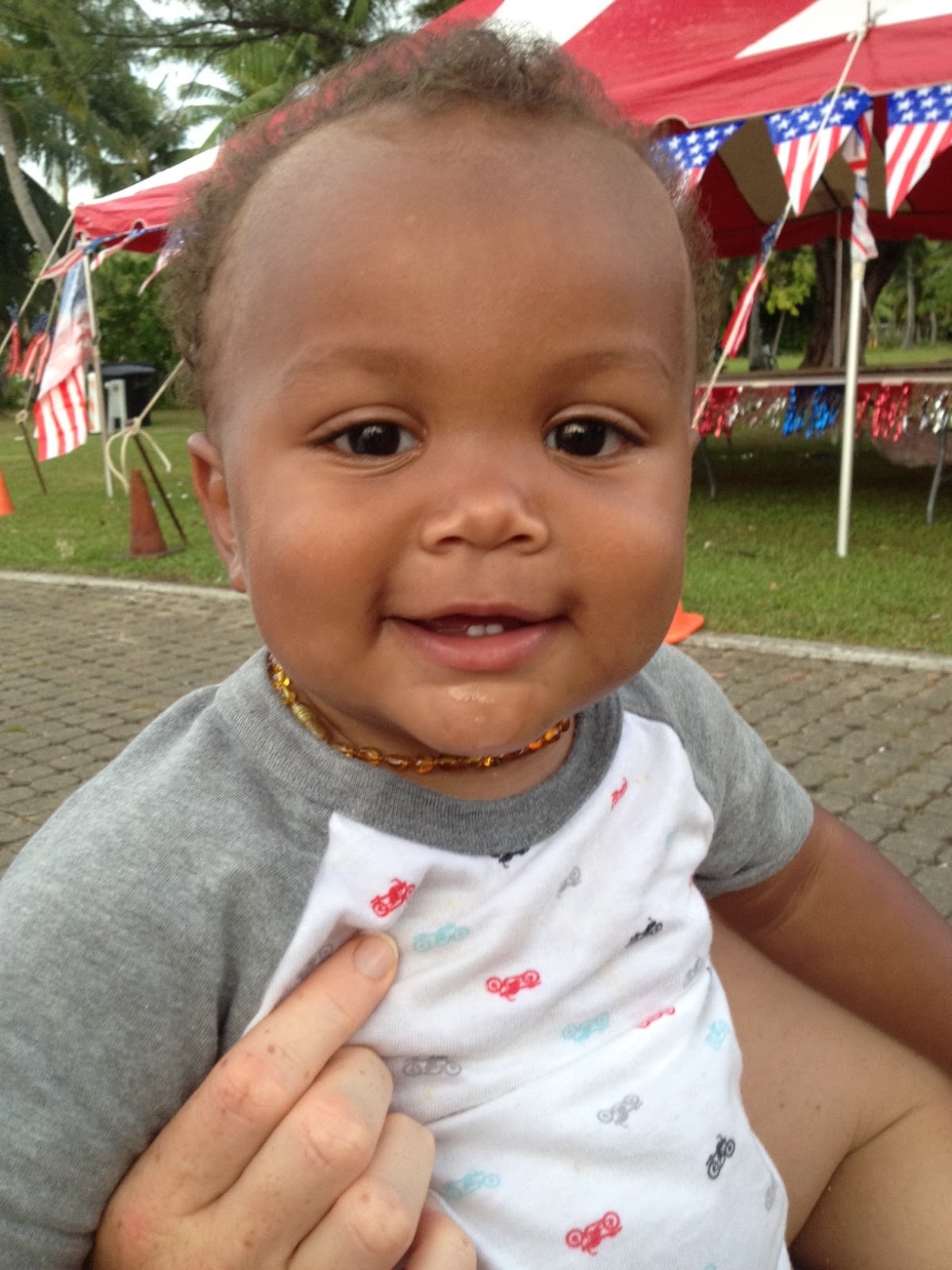 We had fireworks this year!  That's a big deal for us here and I was super excited for the kids to see them since it would be their first time.  They launch them from a barge parked out in the lagoon: 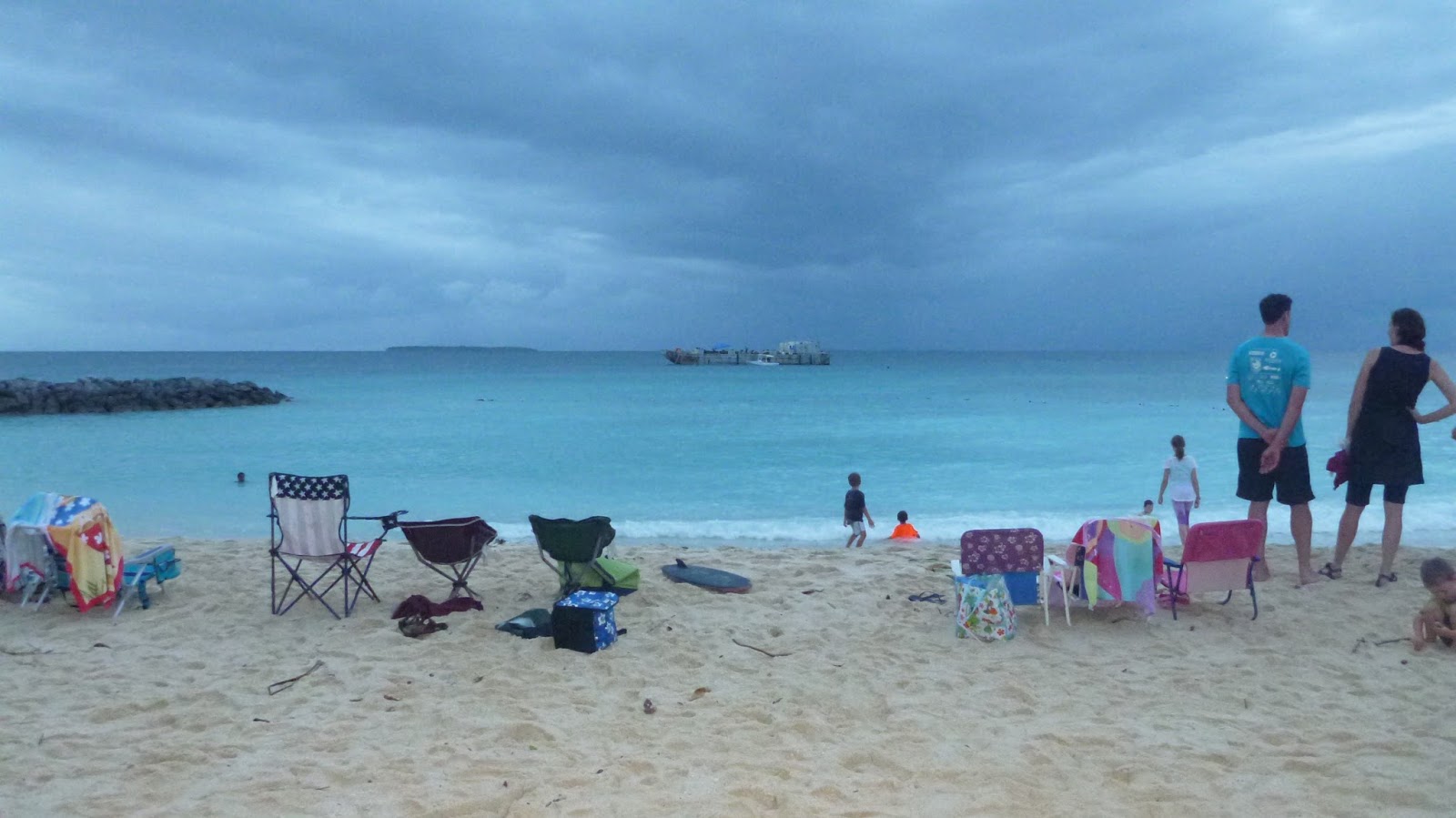 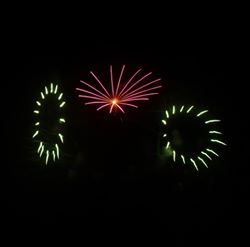 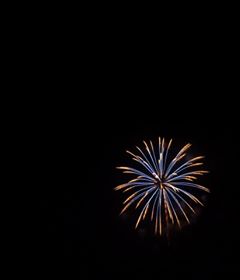 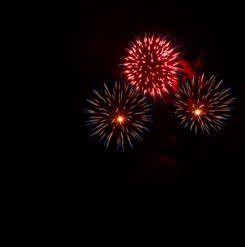 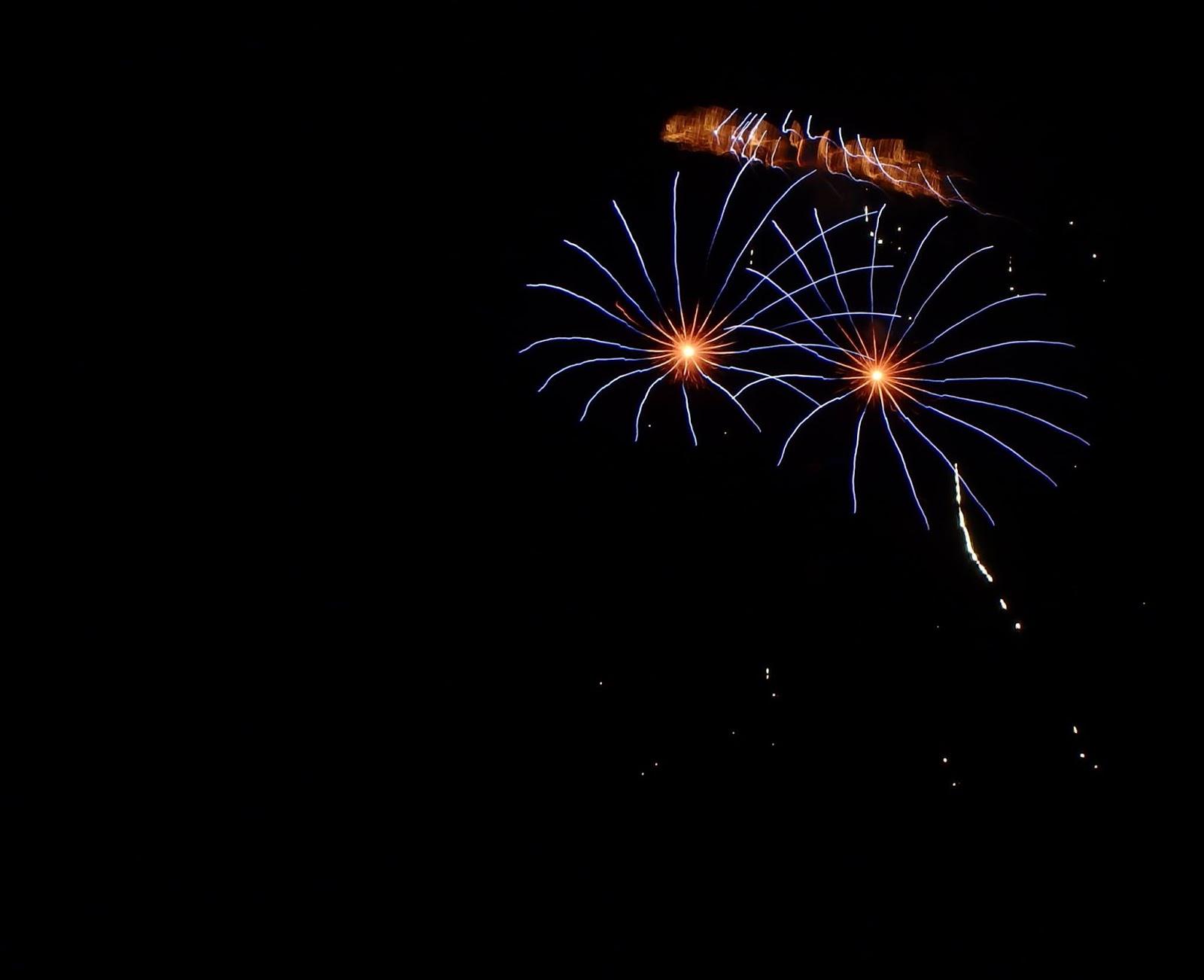 All the kids loved them, although Sky fell asleep halfway through the show.  Water held on to me for dear life but couldn't take his eyes off the sky and Fire couldn't stop talking about how loud they were.

D says that you can tell you had a good time the night before if you finished by parking on your front lawn! 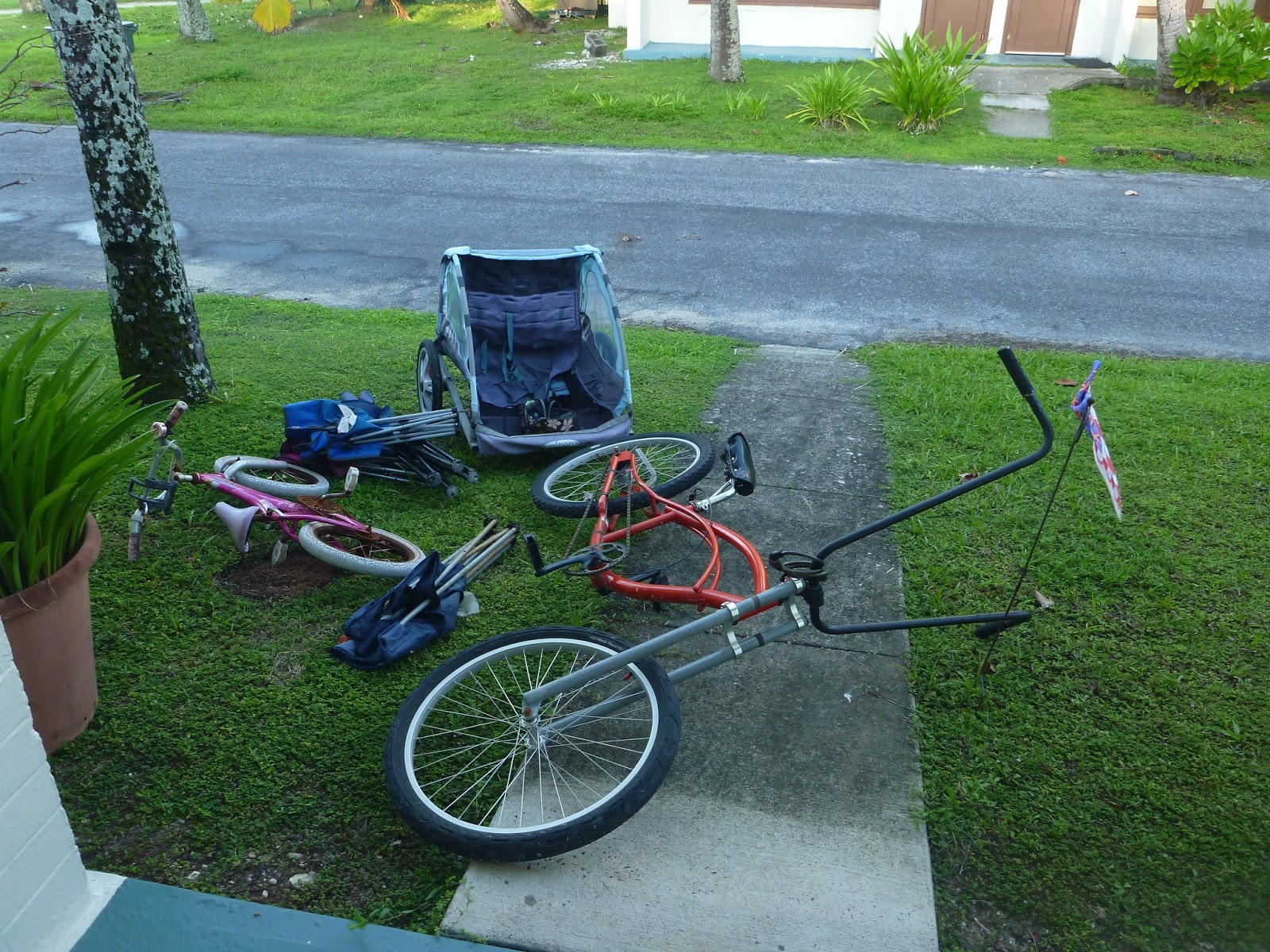 How was your 4th?  Did you do anything special to celebrate? Were there fireworks?
Labels: Family Kwaj