Home Made Baby Food, Round Two 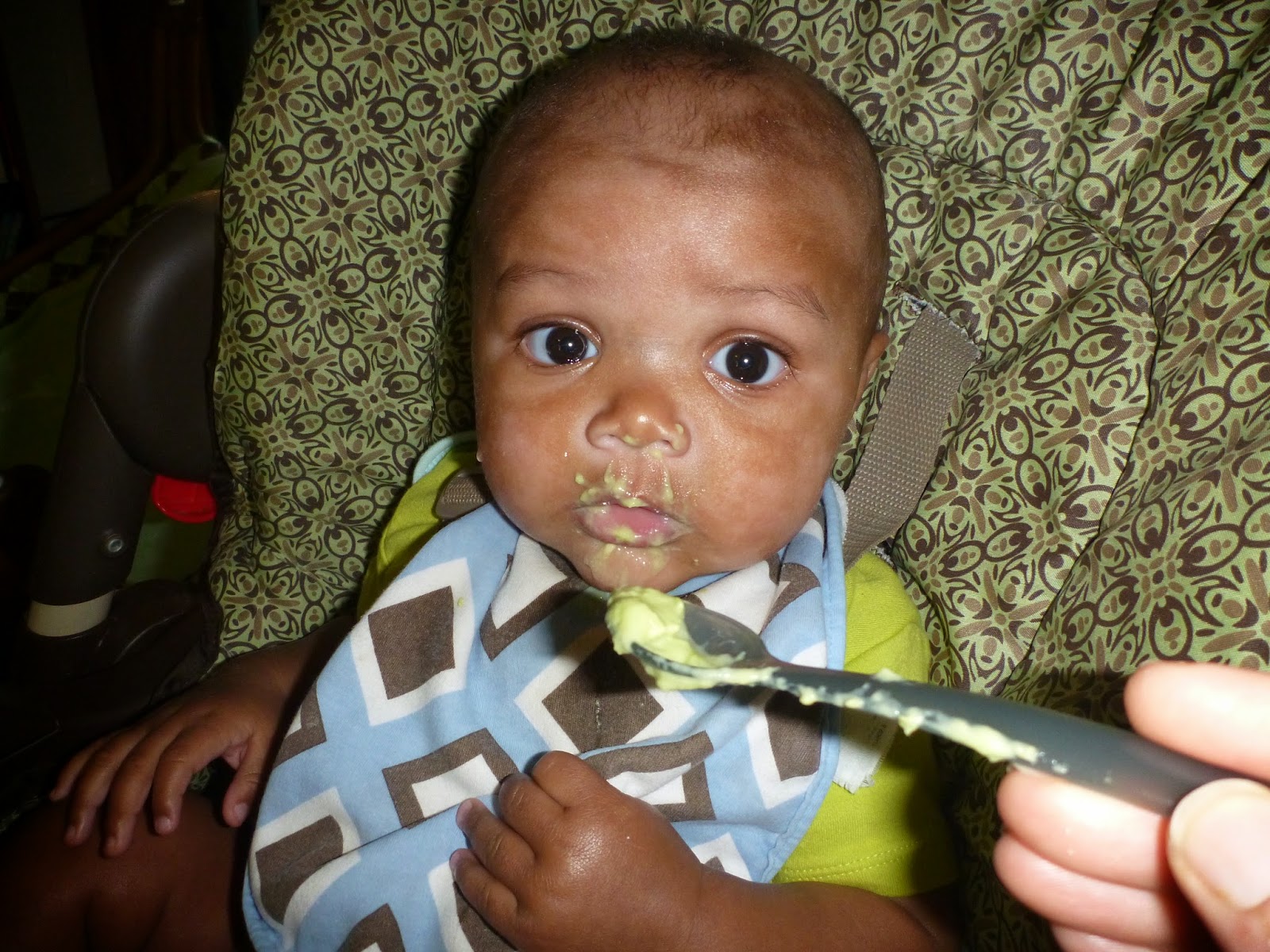 Who would have thought that it would take this long for me to get home made baby food figured out! I tried it briefly before when Fire was a baby and it was not a success.  Fire ate store bought baby food until he graduated to real food.  When Water was ready to start on solids, I headed to Ebeye again but found that the store I'd bought from last time didn't have the same variety as before.  I've looked into ordering baby food online before but I just couldn't justify spending the money so that left  me making Water's food myself.
While I miss the convenience of processed baby food, I'm kind of glad for the push to make my own.  I like that we're saving money and I love knowing that Water is eating real food that I made myself.  I stumbled onto some great websites (HomeMade Baby Food is my favorite) and went easy on myself by sticking to basic fruits and veggies.

I usually spend two or three evenings every month making Water's food.  The first night will be spent doing the prep cooking and I'll do all the blending over the next two nights.  After pureeing, everything is poured into ice cube trays and frozen.  Once it's solid, I pop the cubes out and store them in labeled freezer bags.   At meal time, we simply pull out the cubes we need and defrost them gently in the microwave.  Right now Water is eating between five and nine cubes of food at every meal, with first course of veggies and/or starches and a second course of fruit.

Here are some step by step instructions to help you make your own baby food, as well as some recipes and tips at the bottom.

Fruits﻿
We don't get a lot of fresh fruit here that can be turned into baby food so most of that starts out frozen: 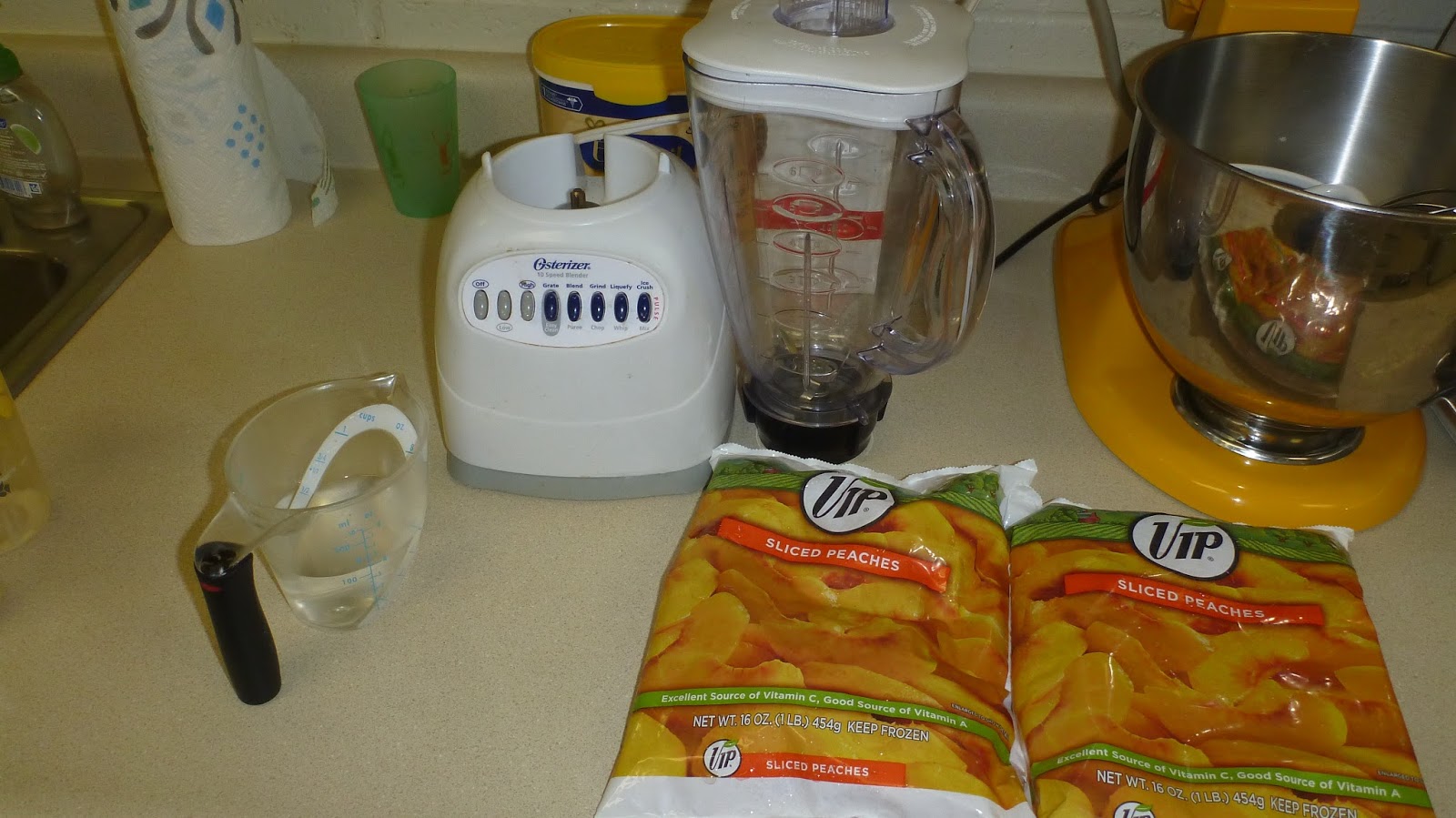 I thaw the fruit on the counter, then puree it with water until it's the consistency I want 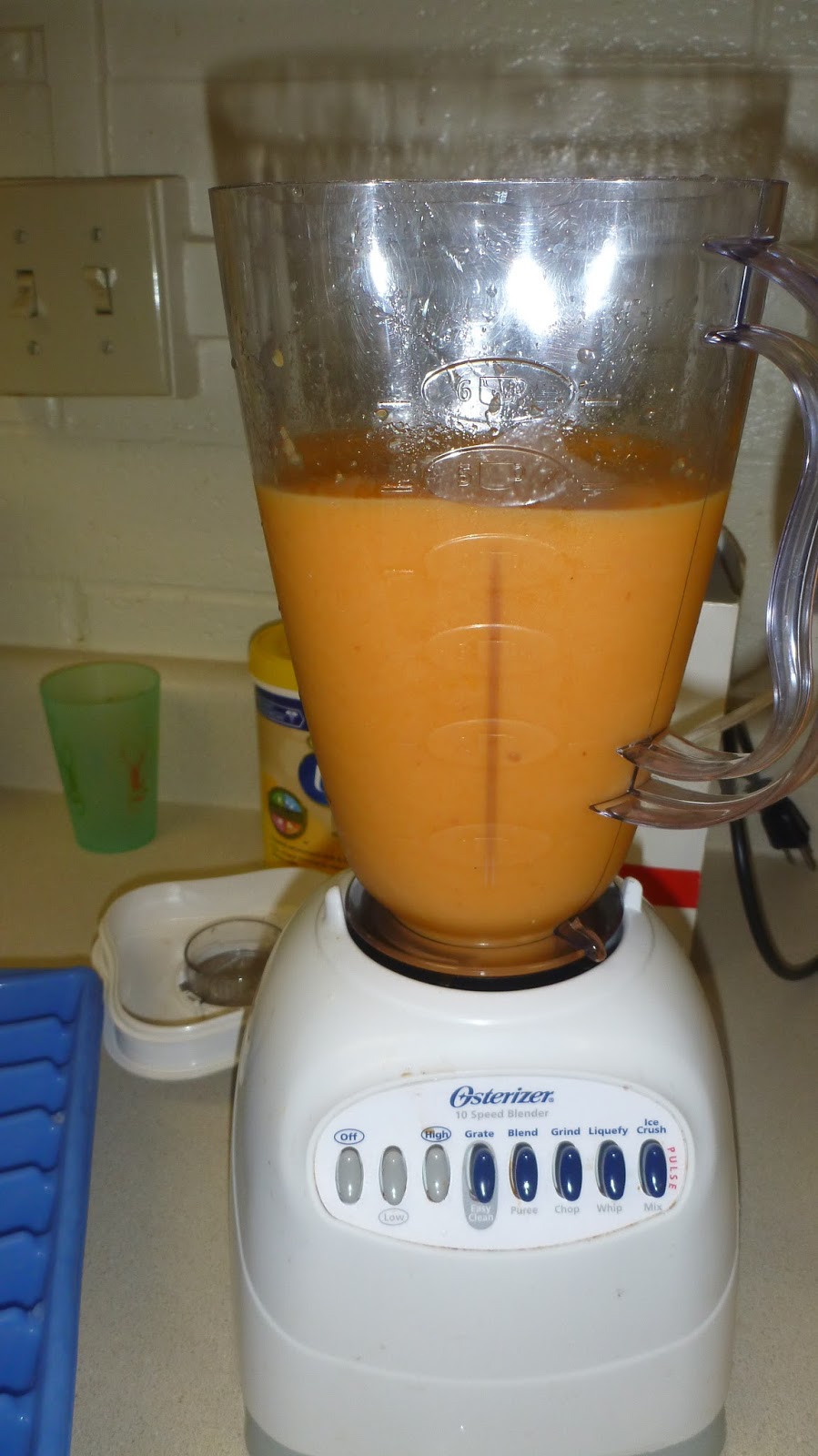 Once it's pureed, I pour it into ice cube trays 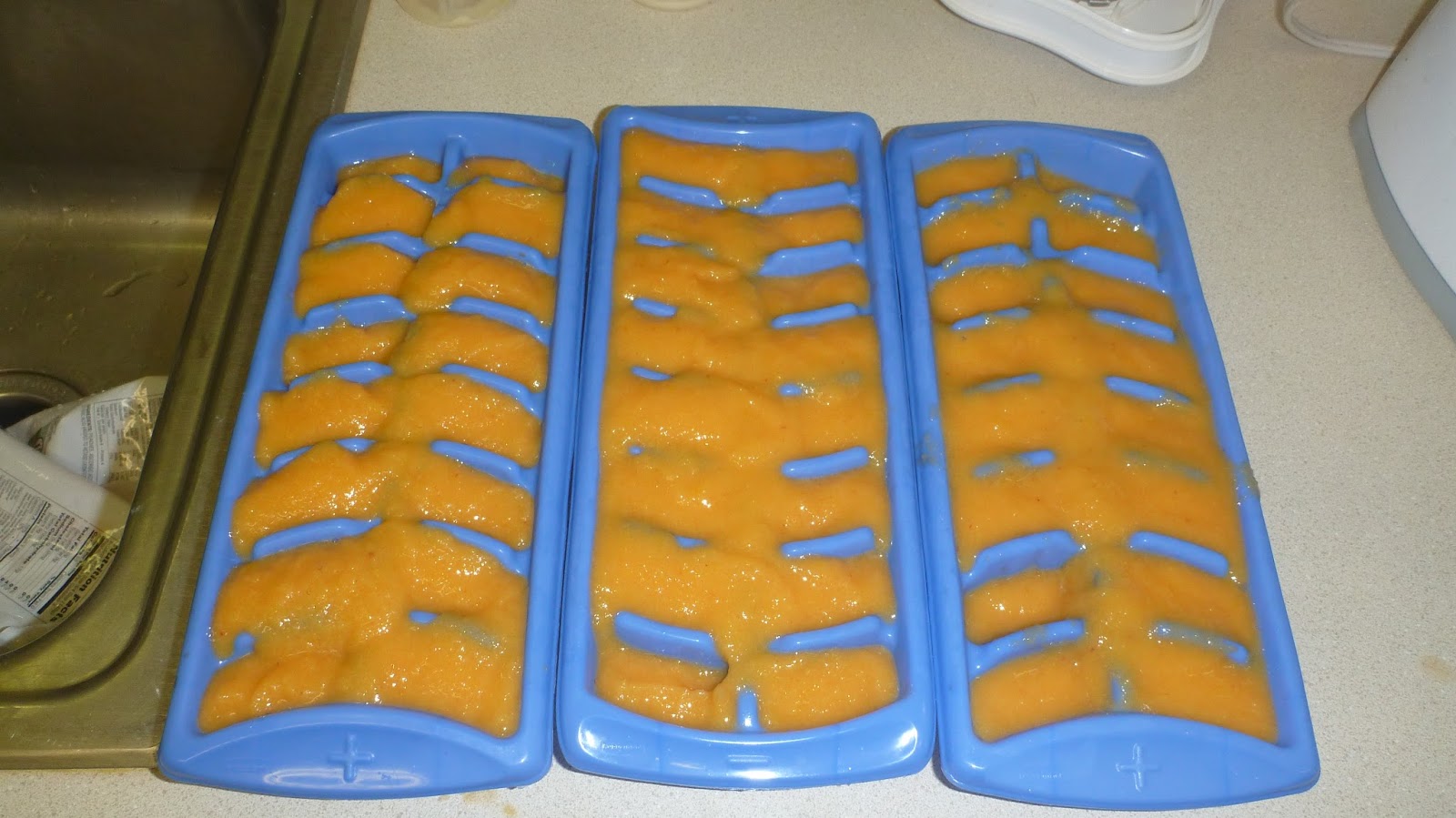 and freeze it over night.﻿ 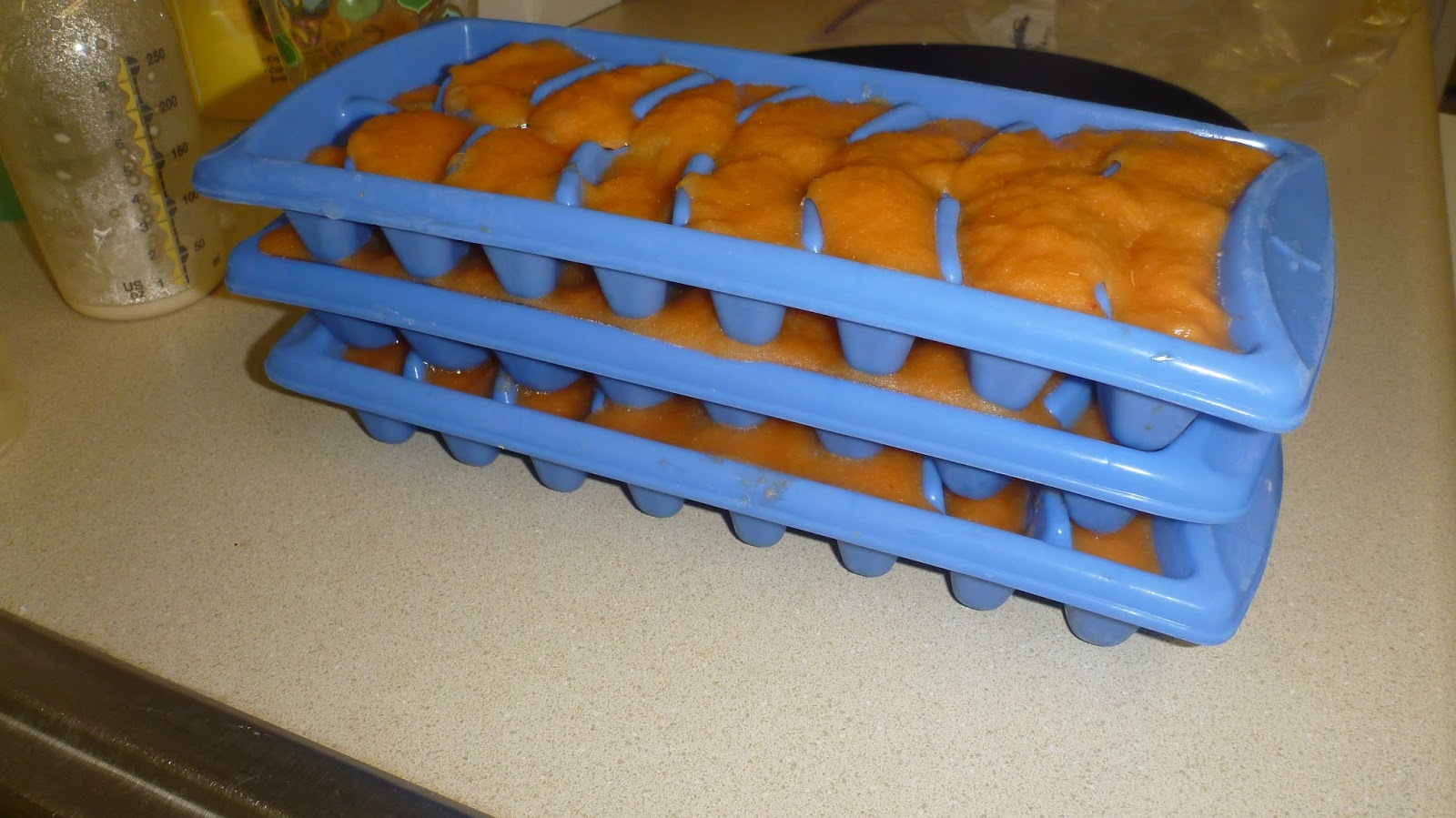 Once the puree is frozen solid, I pop it out and put it into freezer bags﻿ 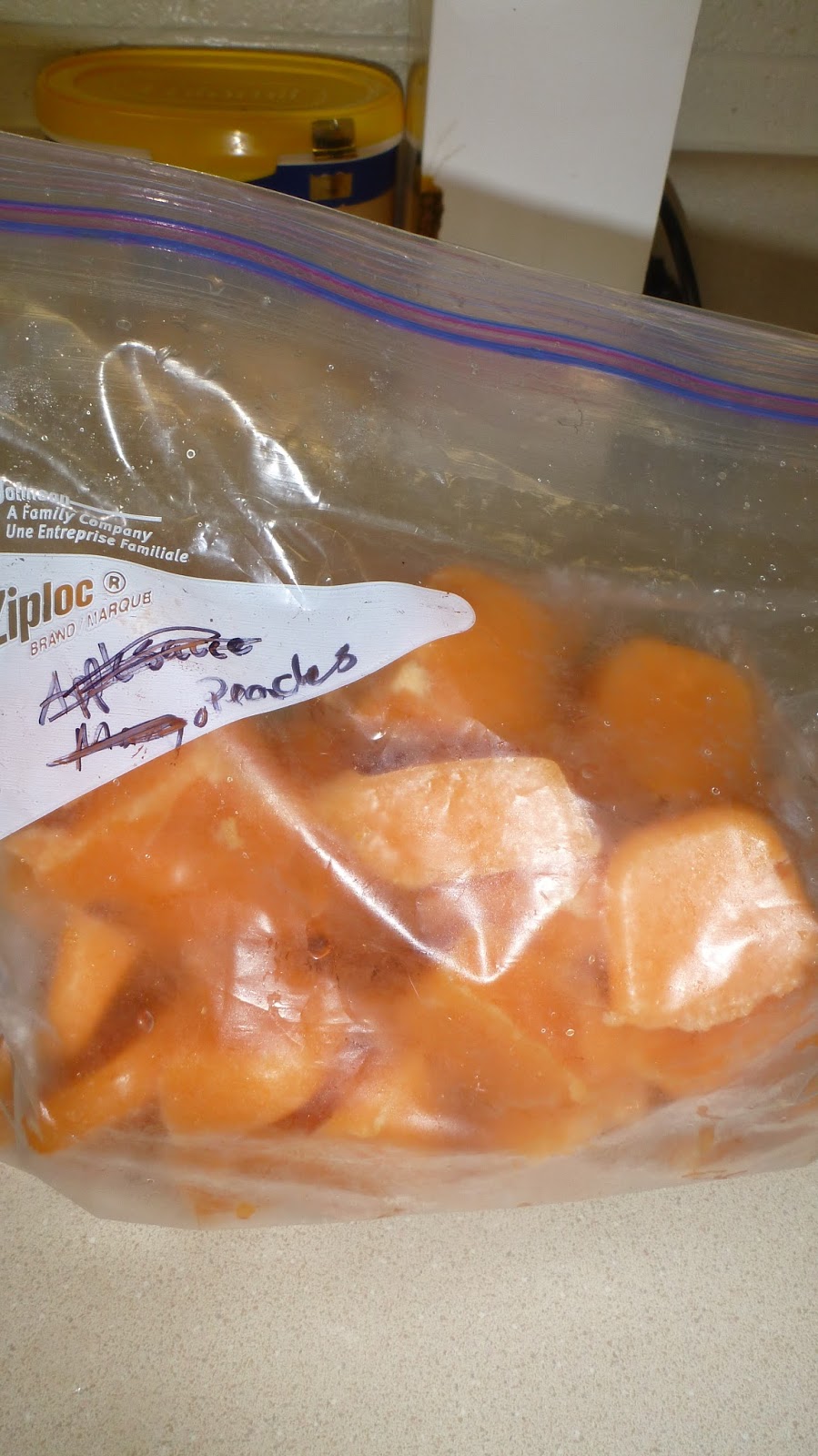 Besides using the frozen fruit, I've made my own applesauce for Water, although it's a little to labor-intensive for me to do too often.  Water loves bananas and I've found that I can get the smoothest consistency if I freeze the bananas (in their skins) and then thaw them before pureeing.

Veggies and Starches
When it's time to make baby food, I'll make an extra lap through the produce section of the store to pick up anything that I think I can make baby food out of.  I also grab some canned vegetables and beans and some bags of frozen veggies.  This was my counter before my last round of baby food making: 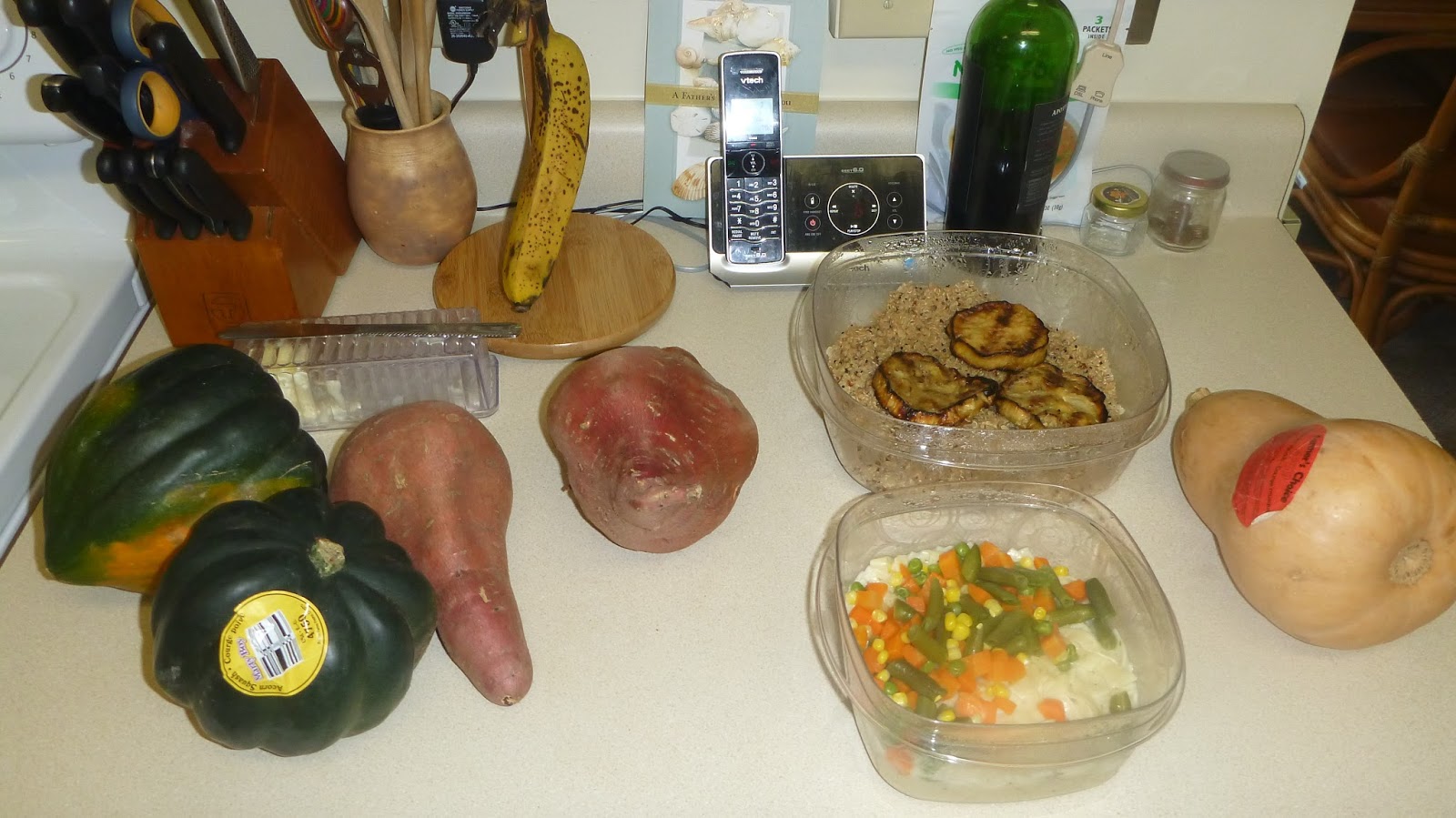 I've been making "meal" versions of foods for Water for the last few months to help him get used to a mix of flavors.  I made the quinoa with beef broth and the eggplant was broiled with olive oil, salt, and pepper.  Once it had all cooled, I blended it with water (I'm starting to leave the food a little chunkier so that Water can get more comfortable with textures) : 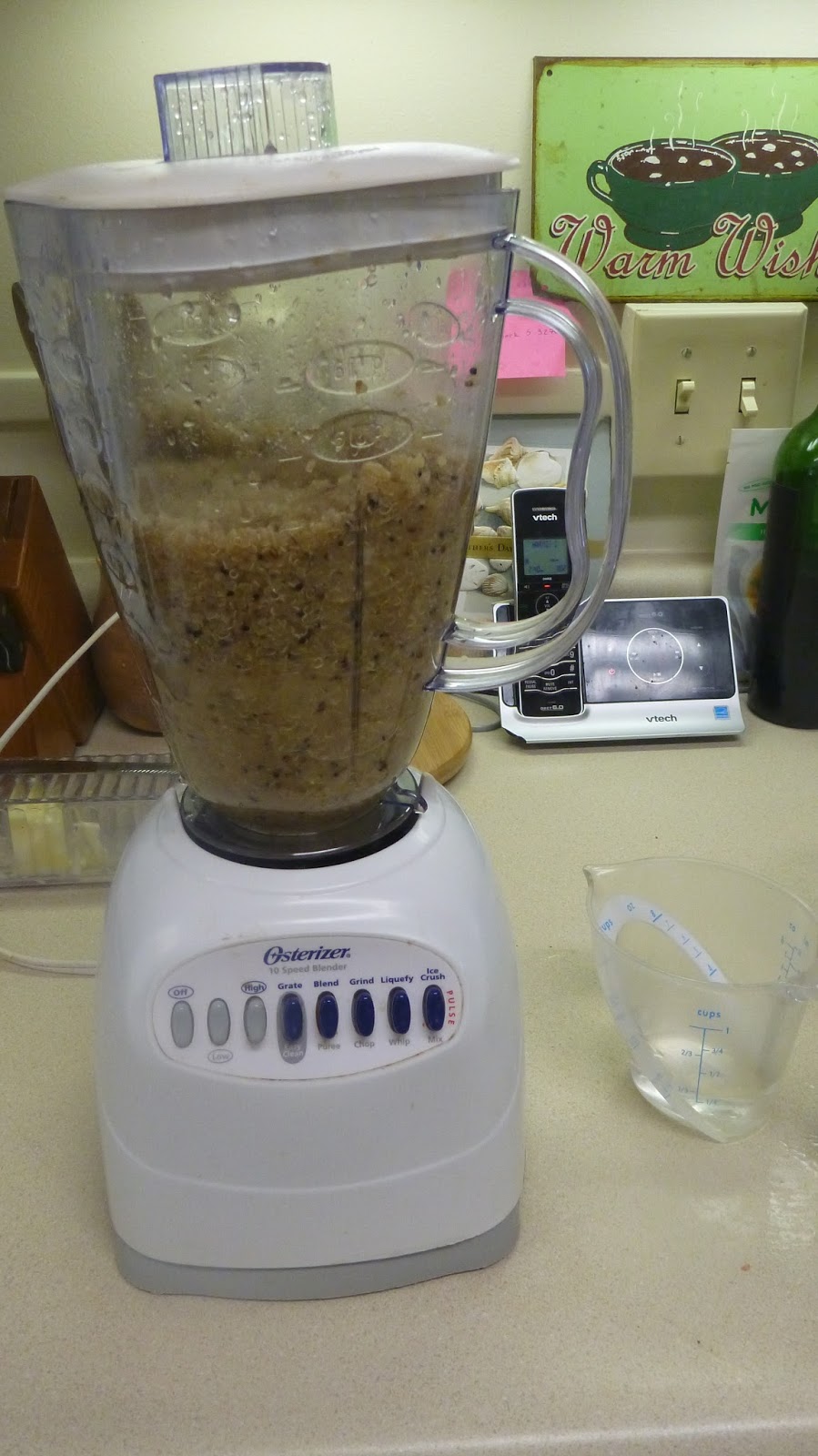 into the ice cube trays to be frozen over night. 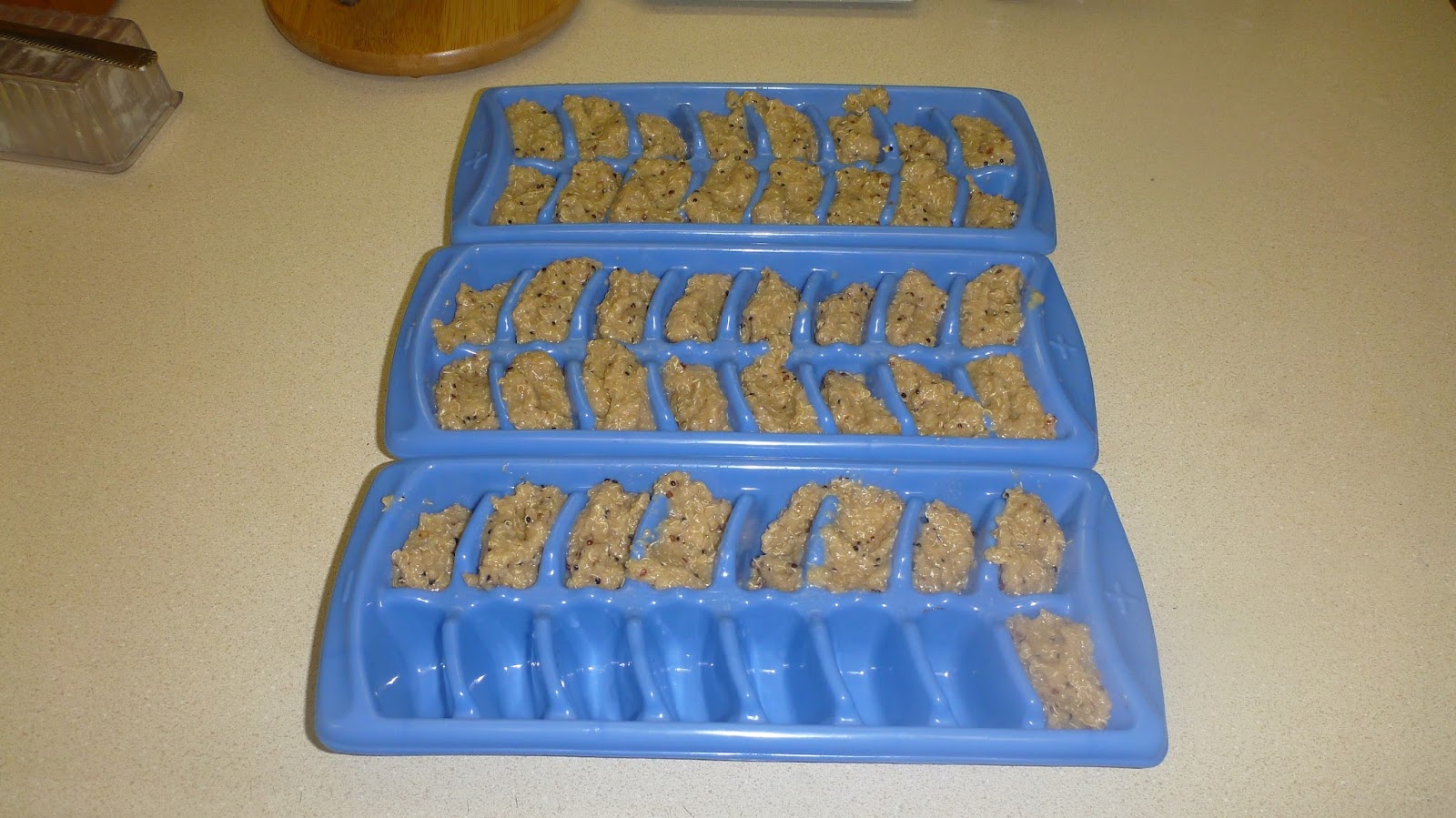 Using Frozen Vegetables:
I buy frozen peas, cauliflower, mixed veggies, and spinach.  The first three on the list are boiled in a pan with water (enough to cover) until they are very tender, then pureed with the cooking water.  To use frozen spinach, I thaw it on the counter and then puree it a little bit at a time with water.  It can be difficult to get a smooth consistency with frozen spinach but serving it with other foods, like beans or couscous, helps mitigate any texture issues.

Did you choose to make your own baby food?  Why or why not?  If you did, what were your favorite recipes?

See where I'm linking up here﻿
Labels: A Family Water