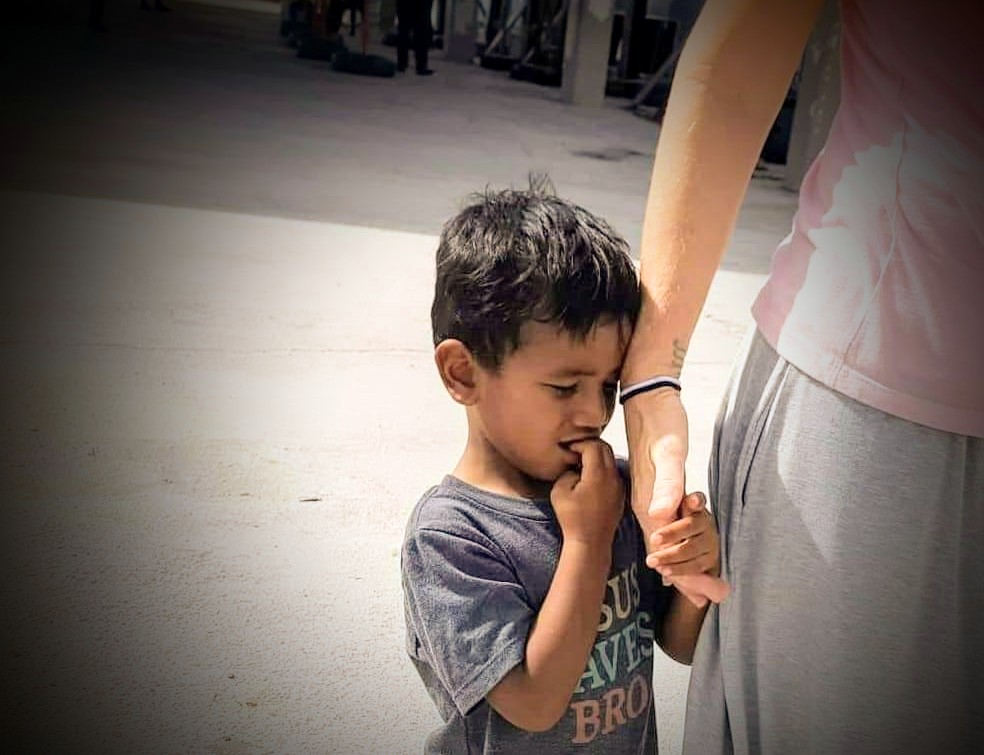 How do you explain a situation like this to a 3 year old? I've been struggling with that ever since D and I decided that Earth and I should make this trip.
Initially, it was all really exciting for Earth. He knew that he was going to go an a big airplane and that Mama would be with him.  He loved being in airports, being on planes, and riding all the busses and boats that have come with them but as soon as we arrived, he started asking to go home again. Earth just isn't old enough to understand why we have to be here and why we have to stay. He has no concept of government or paperwork or timelines.

After a few days of thinking about it, I finally figured out how to explain the situation to Earth: we're in time out.  It's the main method of discipline we use at our house and being three, he's in time out quite a bit, so he understands the idea of having to just sit somewhere because someone else said so.  Earth also knows that time outs end so he can understand that when ours is over, we can get back on the big airplane and go home.
If only this time out were for three minutes like his time outs at home, right?