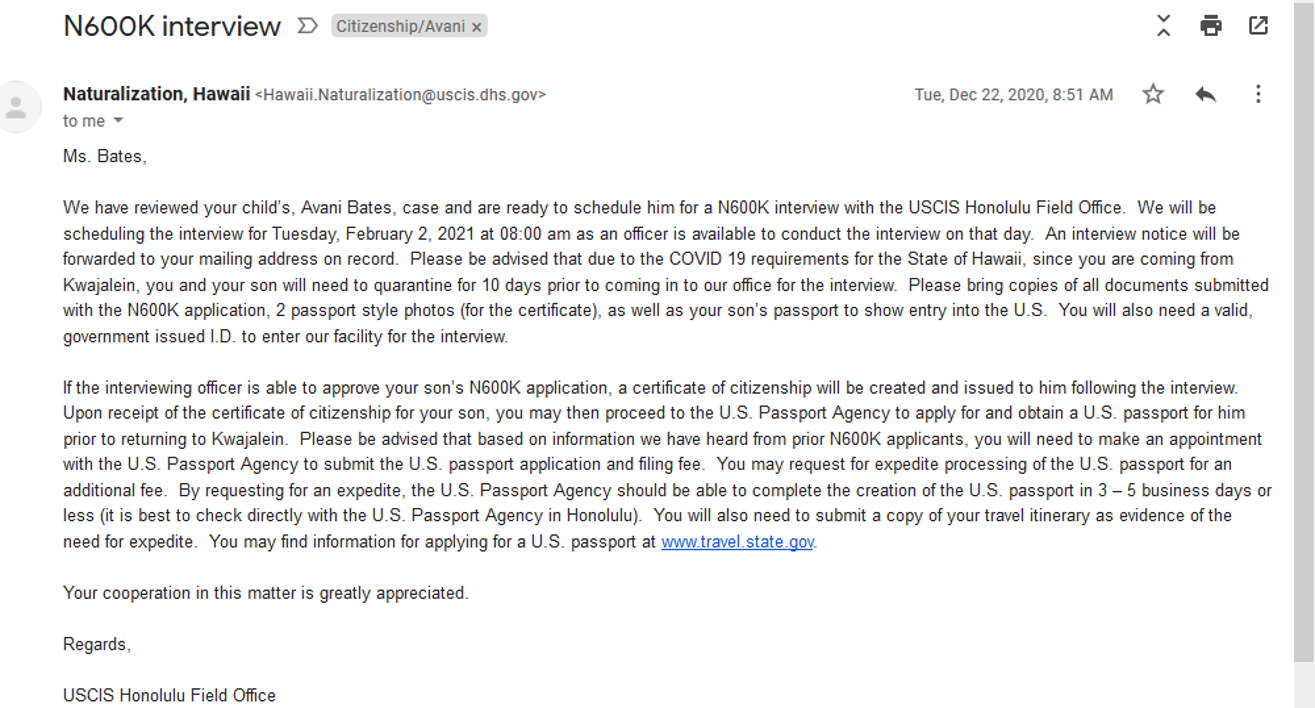 Look what came shortly before Christmas!
The email that I'd been waiting almost a year and a half for finally came.  All I could think after I read it was how different our lives would have been if the email had come a year ago but it didn't and here we are.  Unfortunately, as grateful as I was to finally have a scheduled interview with the travel restrictions in place right now there was no way Earth and I could go to Honolulu in time for an appointment in early February.
One of the reasons I didn't post about this right after we received it was because I didn't know what rescheduling would look like.  I called the USCIS hotline day after I received the email and found that the system has changed and is now much more automated then before.  It used to be that you could find your way through the telephone prompts to reach an agent with higher level questions but now, even asking repeatedly for an agent and clearly stating what I needed help with led to my being hung up on multiple times after being told by the system that "I don't think we can help you now". The sixth time turned out to be the lucky one and I was able to reach an agent only to be told that because of the type of case, they weren't able to reschedule the interview in the computer and my only option was to mail a letter to the Honolulu field office requesting a new interview date. I sent one out by priority the very next day asking for a date in July or later but two weeks later, it still hasn't been received
We've been in contact with our senator's office since all this began in 2019 and as a precaution I reached out to my contact there again for help.  She tried emailing them directly using a line of communication that had previously been open to government officials only to be told that it was now closed.
It's beginning to feel pretty hopeless- we'd finally gotten the interview we wanted but can't get to it. As always, I'll keep you posted.
Labels: Earth Family N600K