Fire started at the daycare center on Tuesday, and boy, was he ready to go! He had been to school before, to drop Sky off and pick her up, so he knew where she was going when she left the house in the morning. He would cry every day when we left him behind and try to run after us as we rode away. When we dropped him off for his first day, he barely gave us a backward glance before running off to explore the class room.
I know that you're probably wondering why we decided to send him to school when we were so happy to have Ms Florina stay with him every day. I wrestled with that myself, in part because putting him in school meant taking work away from Ms Florina. In the end, we decided to enroll Fire in school because he was ready, ready for more stimulation, ready for more socialization, and because we knew he would have fun there. He is in the same classroom that Sky was, with the wonderful Ms Carmen. She says that he's doing really well, is kind to his new friends, and that he's eating a lot at lunch time. At the end of the day, he's ready to go home and is a little clingier than usual but I think (I hope!) that will lessen when he settles into the new routine a bit more.
Ms Florina still works for us, as a housekeeper now, two days a week. Our house is even shinier than usual, and we love that the kids still get to see her. She has applied for a job at her children's school on Ebeye as a classroom helper and we're really hoping she gets it- she's wonderful with children and would be an asset to any school. 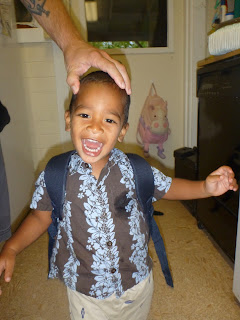 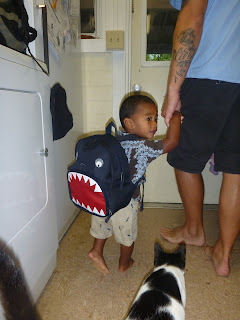 PS: Thanks for the new clothes, Nana Jo! The kids love them and they fit perfectly.
﻿ 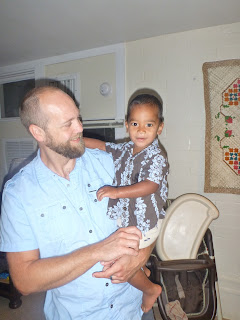 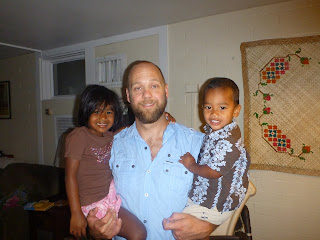