The plan for Halloween this year was to have Auntie, Uncle, Lomodro, and Merline over for dinner and then take all the kids out trick-or-treating but I guess I didn't think that through enough because when I went to get the paperwork to put them on the visitors list for Halloween, I was told the list was already full.  In retrospect, the fact that the list filled up in one day (there were some people waiting in line at 4am to get kids on the list!) isn't surprising- coming to Kwaj on a regular day is a big deal so coming for something kid-focused (and candy-focused) like Halloween is going to be huge.  I'll plan ahead better next year.
Since I'd told Lomodro and Merline they could come over for Halloween, they were pretty disappointed when I told them that they couldn't.  I decided to make it up to them by taking Halloween to Ebeye.  I bought some pizzas, took a face painting kit and all the candy that Sky had gotten from her school trick-or-treat, and the kids and I went to Ebeye for the evening.  It was a hit!  The kids loved the pizza and everyone, even the older kids, wanted their faces painted.  Auntie and Uncle didn't really know what to make of it all, since they don't celebrate Halloween there.  I told them that it's a holiday for kids, where they can dress up and ask for candy and their parents can't tell them no.
I think it was probably the best Halloween we've had with the kids.  Everyone had fun, real fun, and we were sad when it was time to go.  I think we might do something like that again next year.

Fire was a pirate﻿ 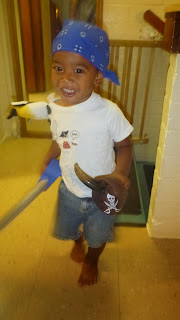 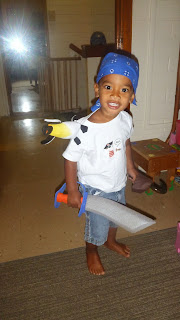 Yes, that's a penguin on his shoulder- don't judge, we don't have any stuffed parrots. 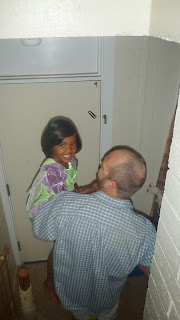 Now that's how a fairy flies! 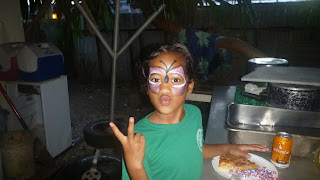 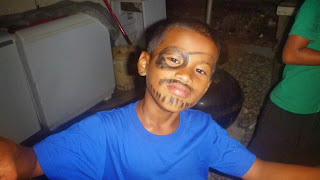 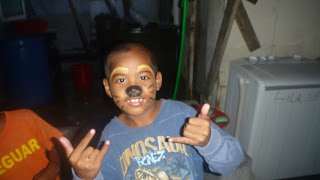 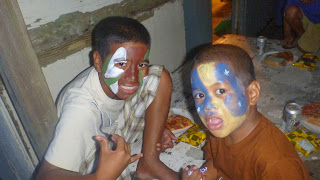 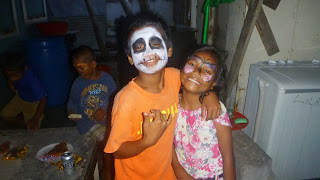 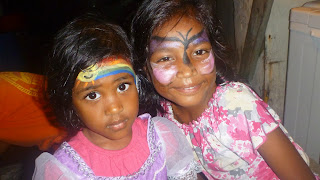 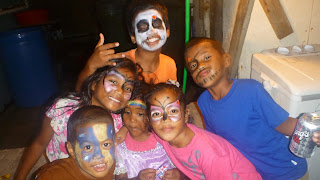 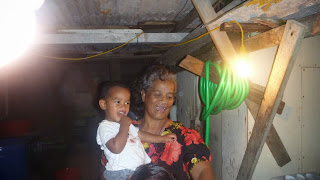 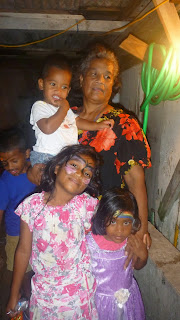 We tried something different this year: ﻿ 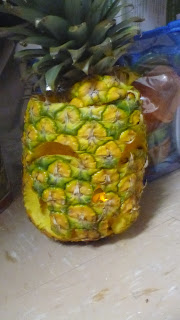 I know it's hard to see, but that's a carved pineapple.  We got back from Ebeye too late for me to get a picture of them lit up outside.  I think we're going to do this again next year too, so I'll get a better picture then.  Thanks for the idea, Michelle!﻿
Labels: Family Kwaj
Location: Kwajalein Atoll, RMI