One Day in Kuala Lumpur 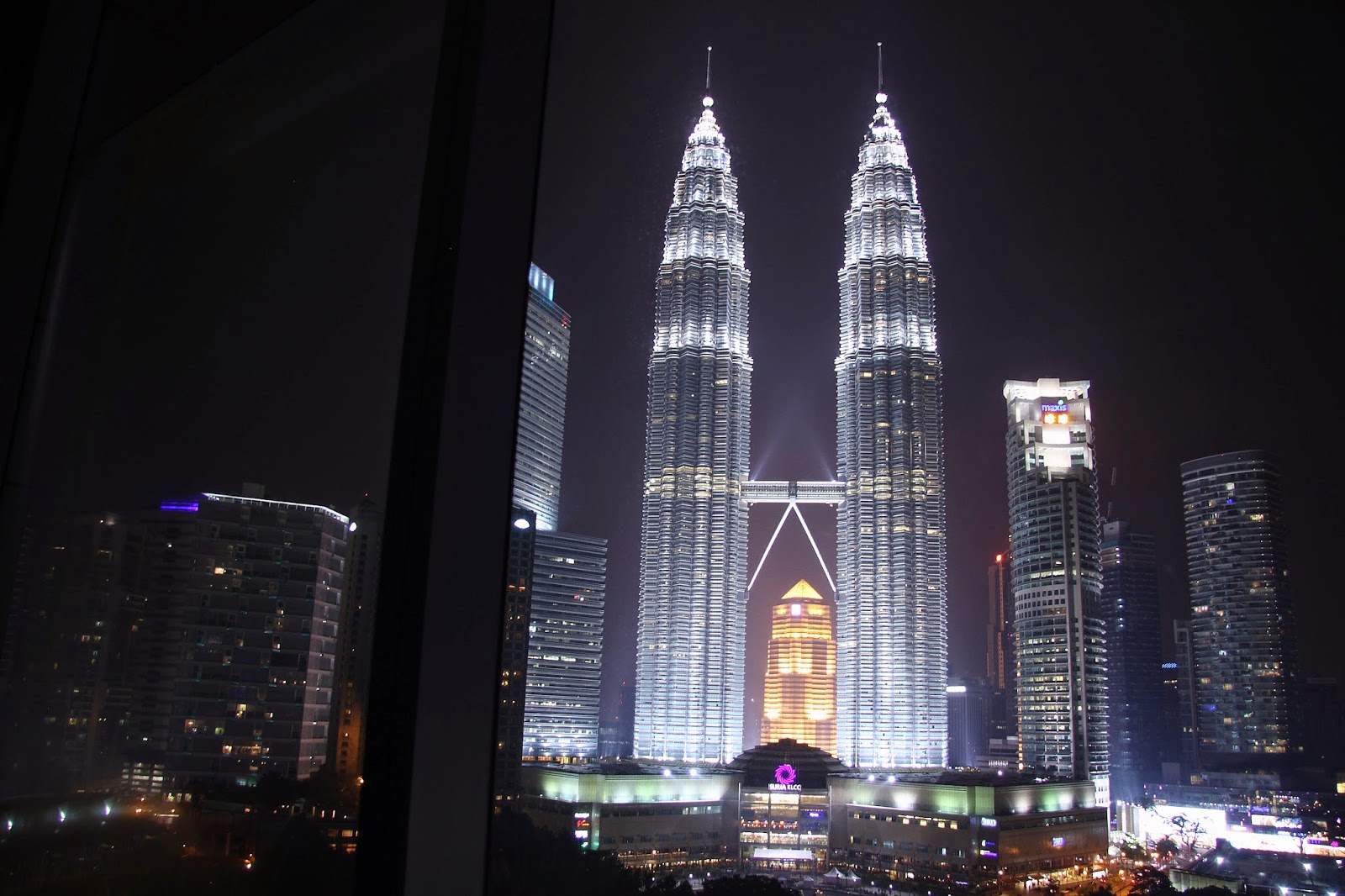 The view from our hotel room
﻿ 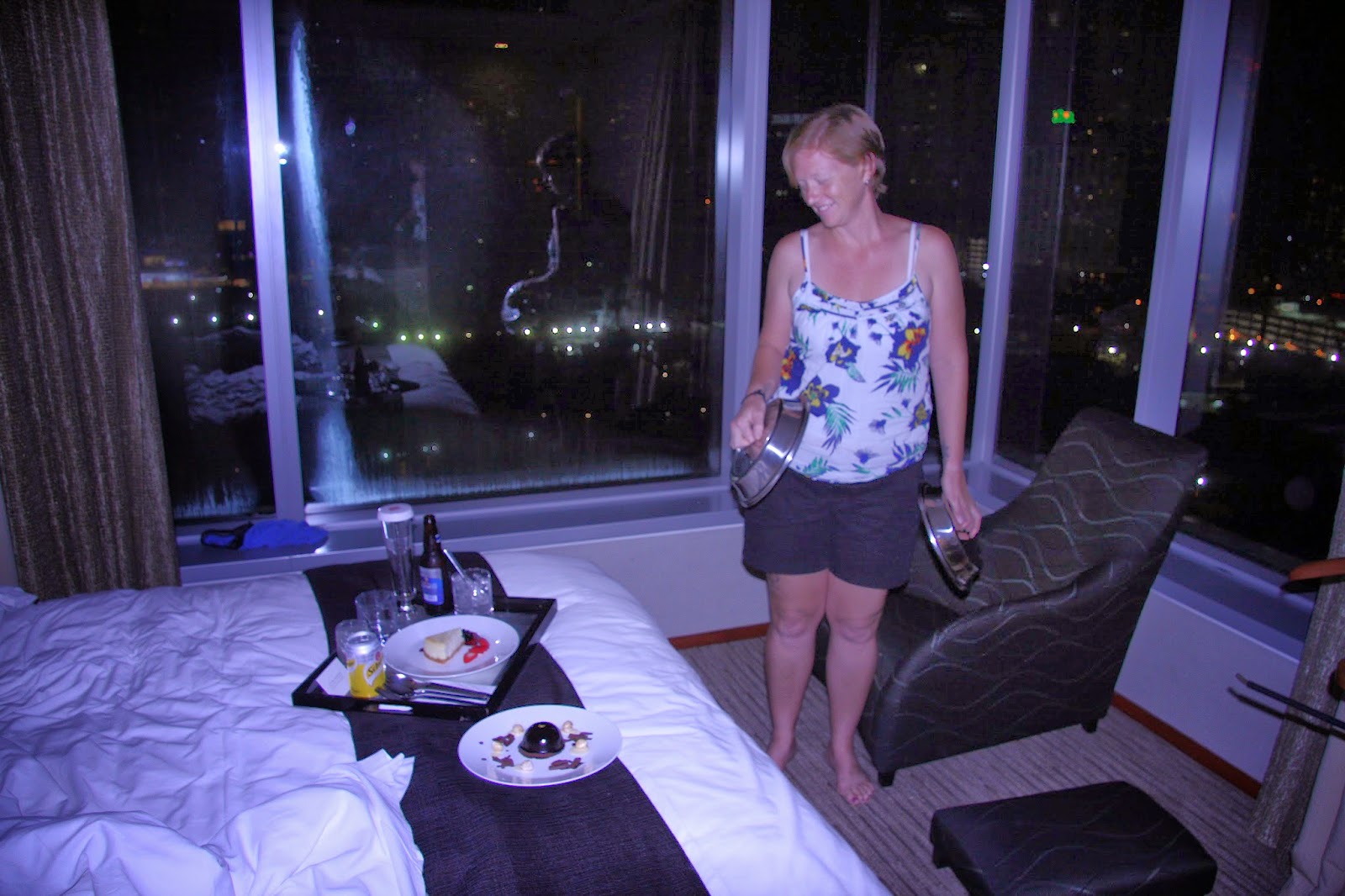 A midnight treat- yay room service!
We took the kids to the playground in KLCC the next morning.  Sky was pretty sad that the water park/ splash pad wasn't open but both kids had a good time running all over the sprawling play area.﻿ 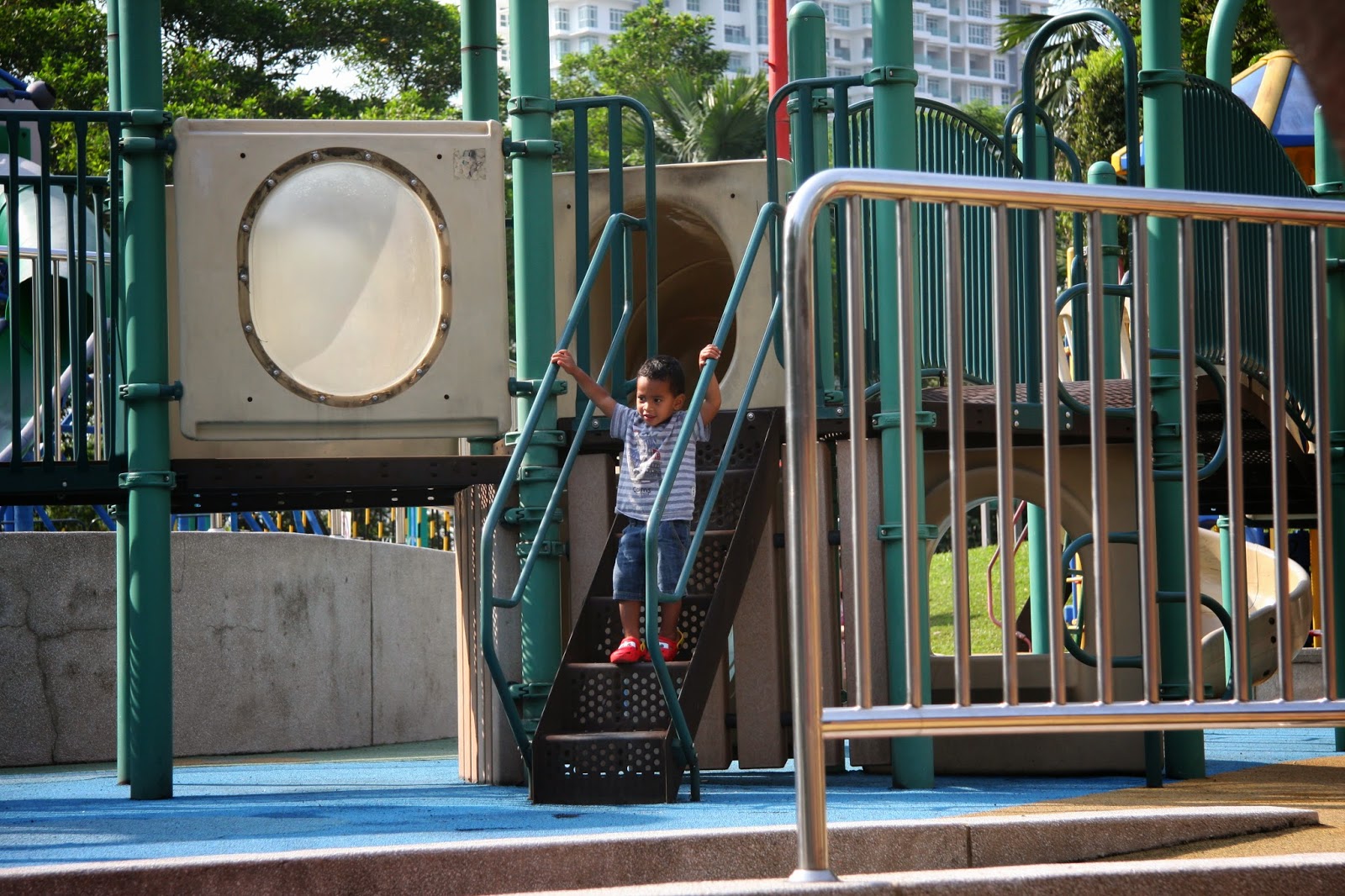 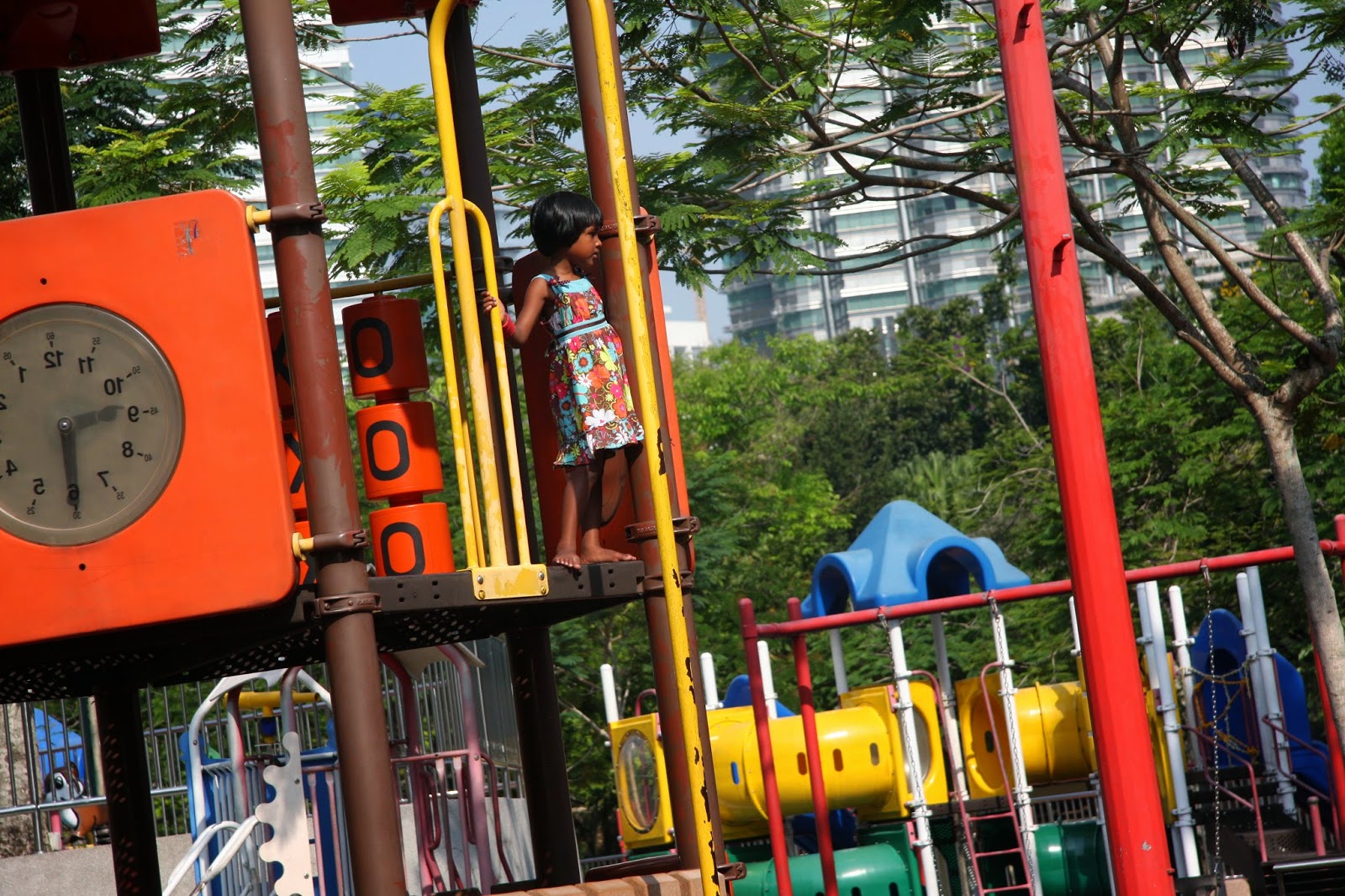 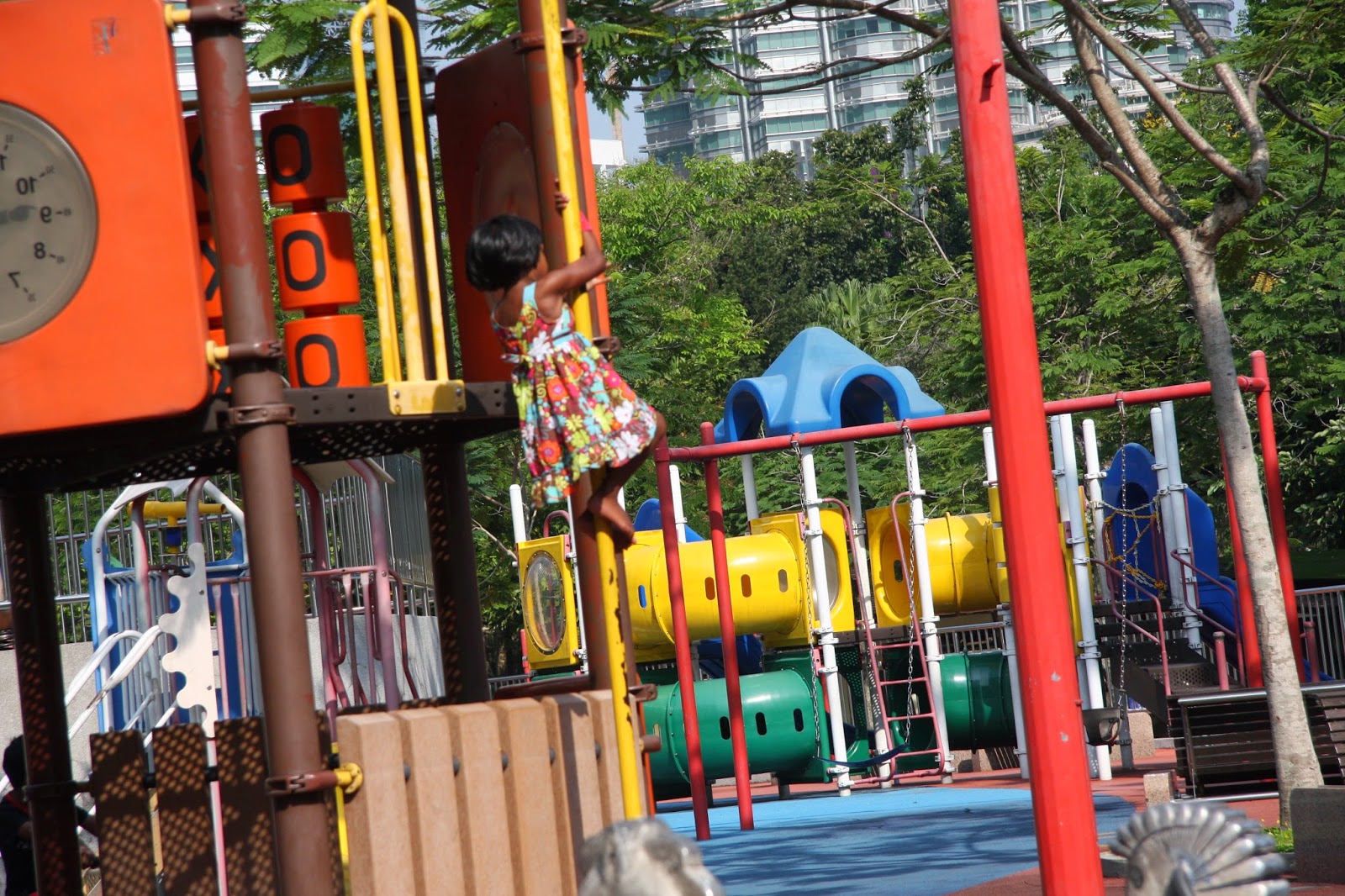 Oh, this boy!  Every time I look at these picture I think my heart's going to explode.  Fire grabbed my coffee cup before I could throw it out and and he was very happy to get those last few drops out of it. 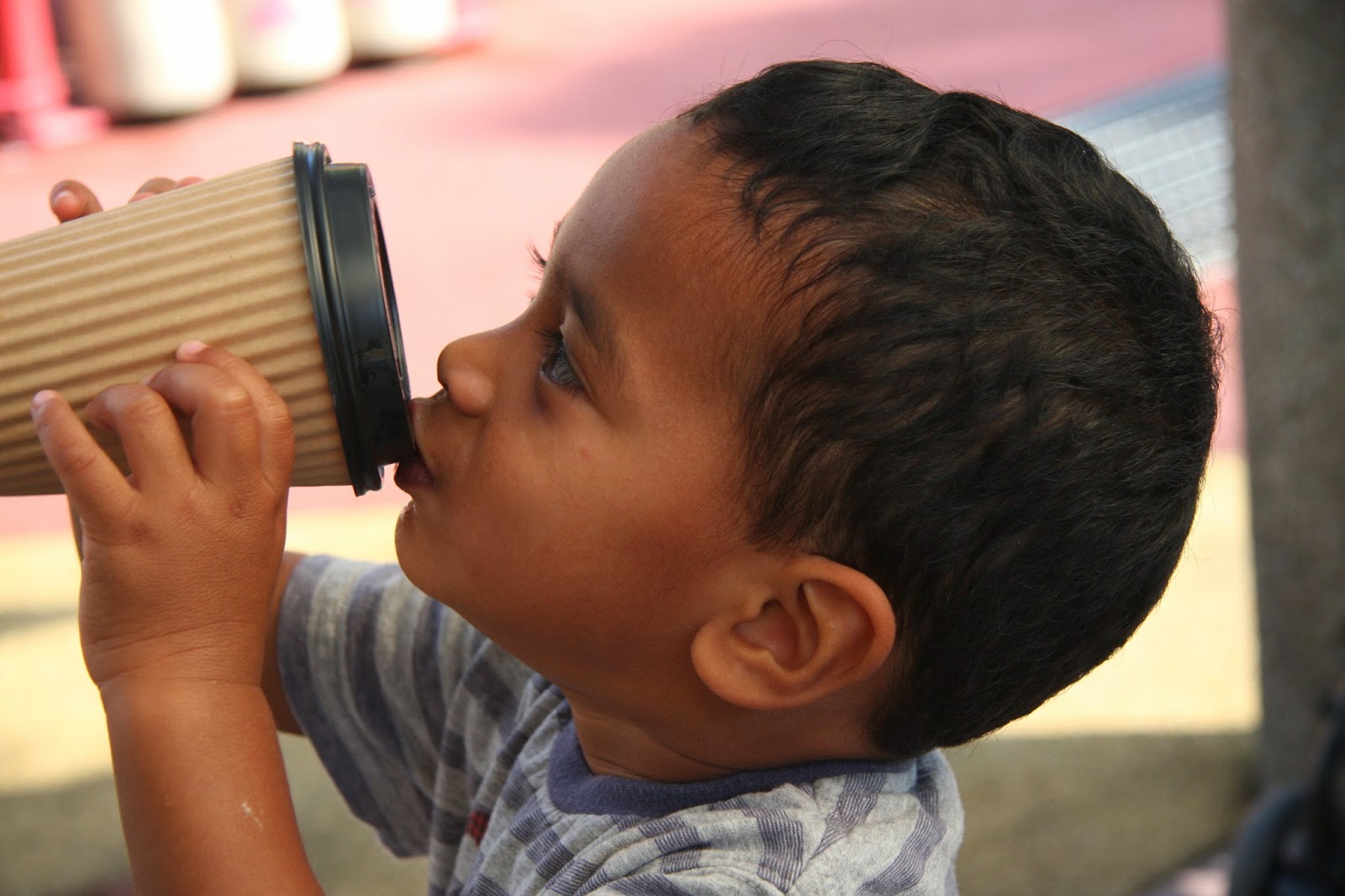 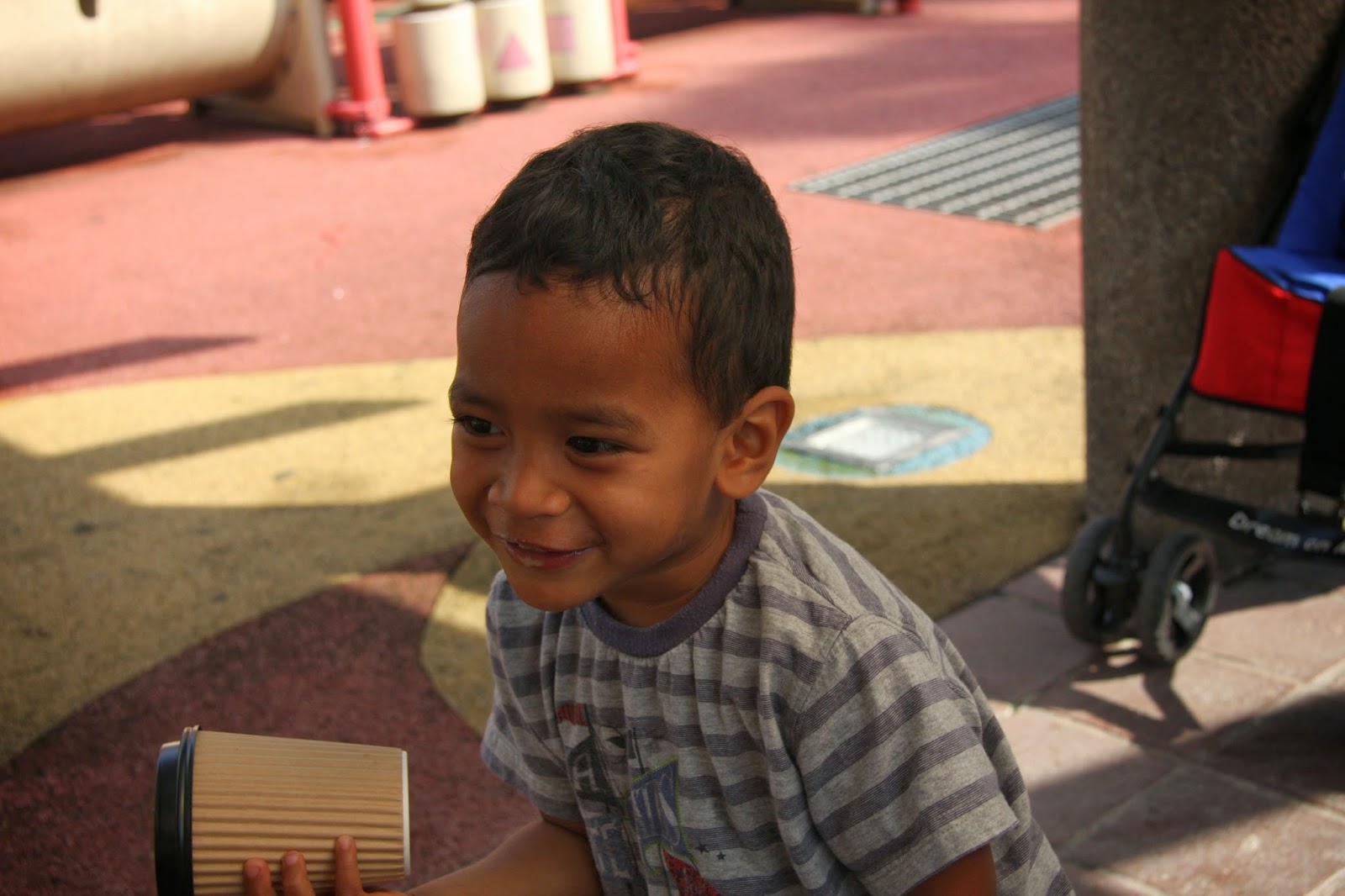 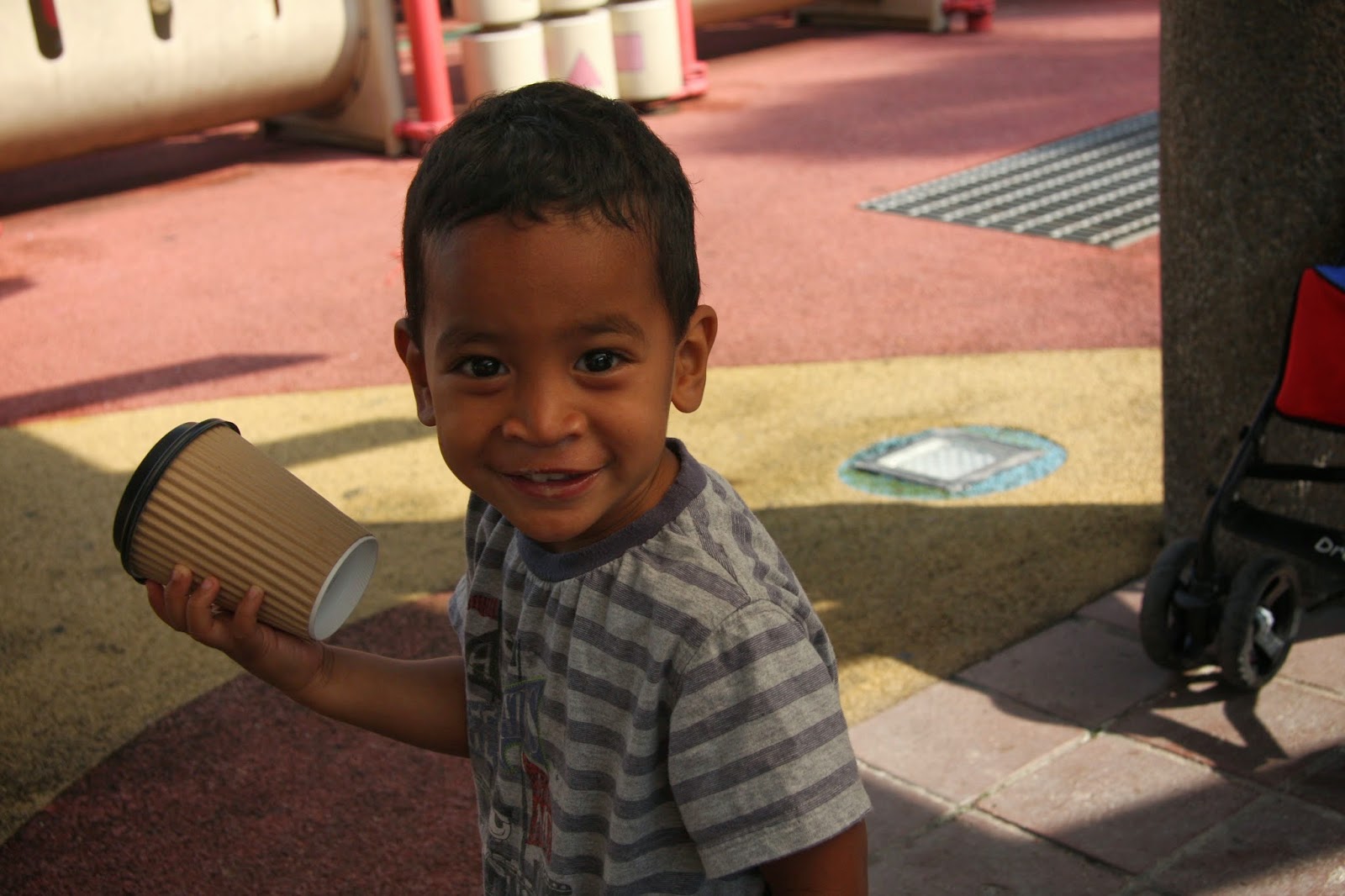 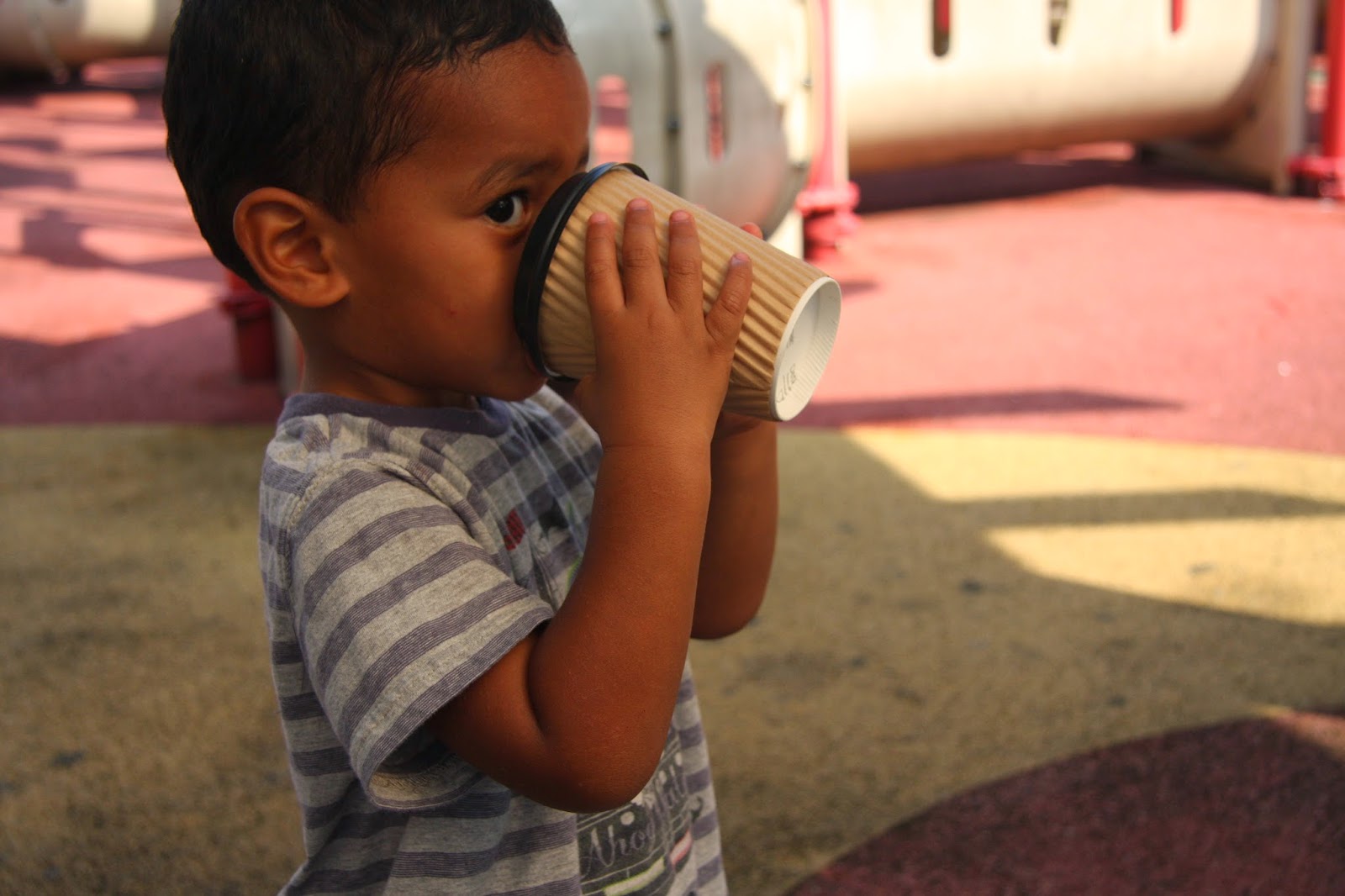 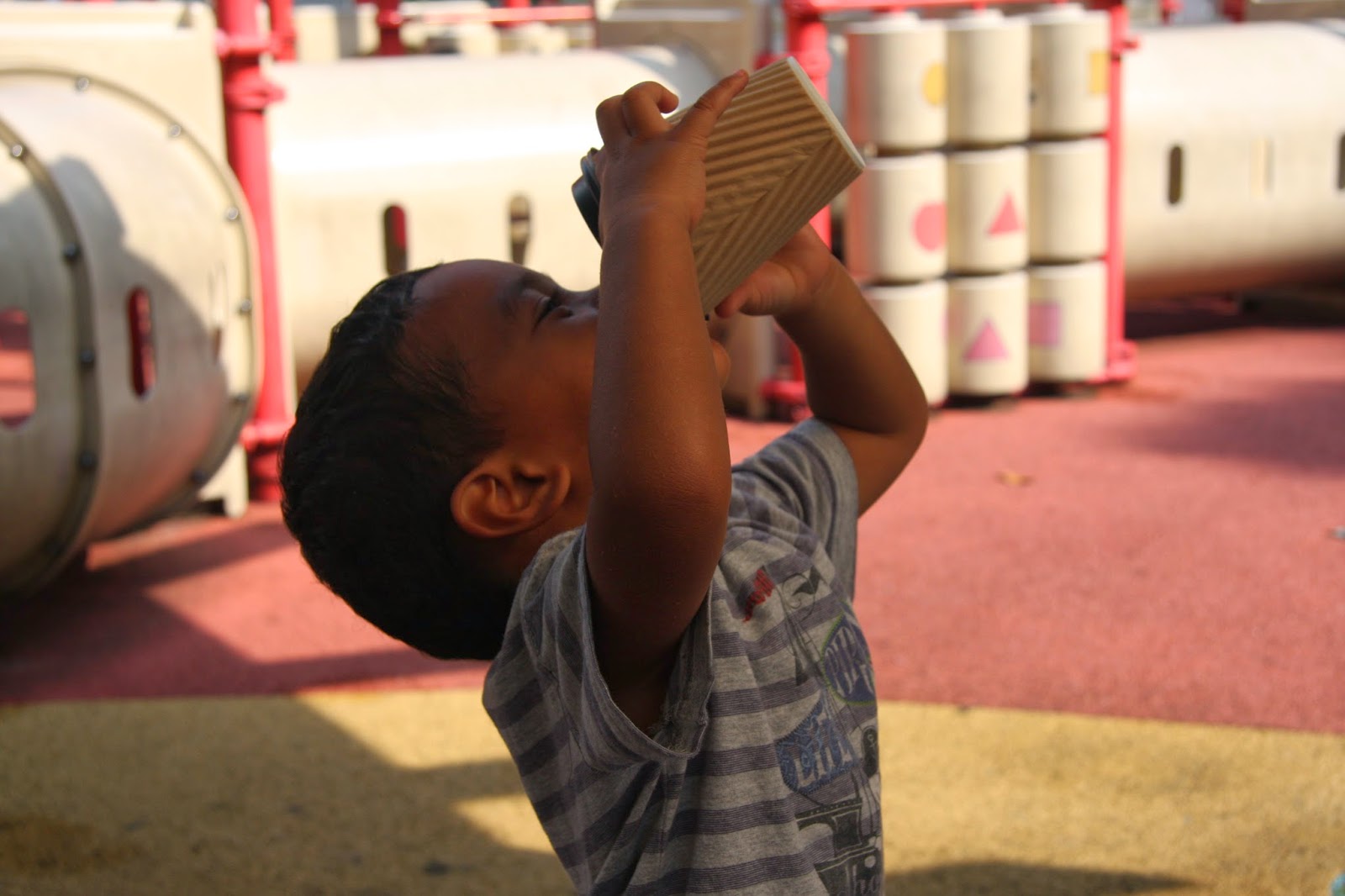 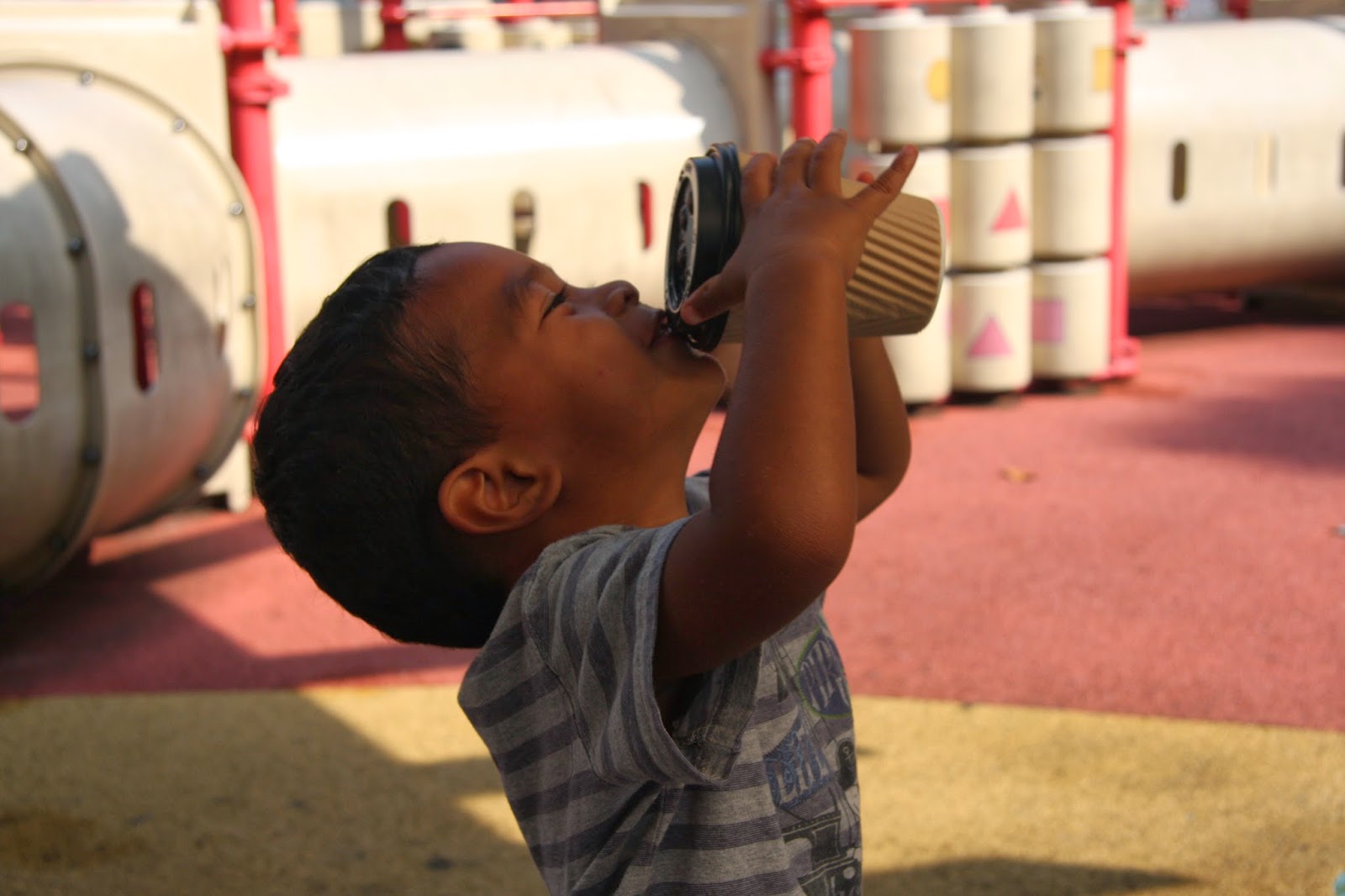 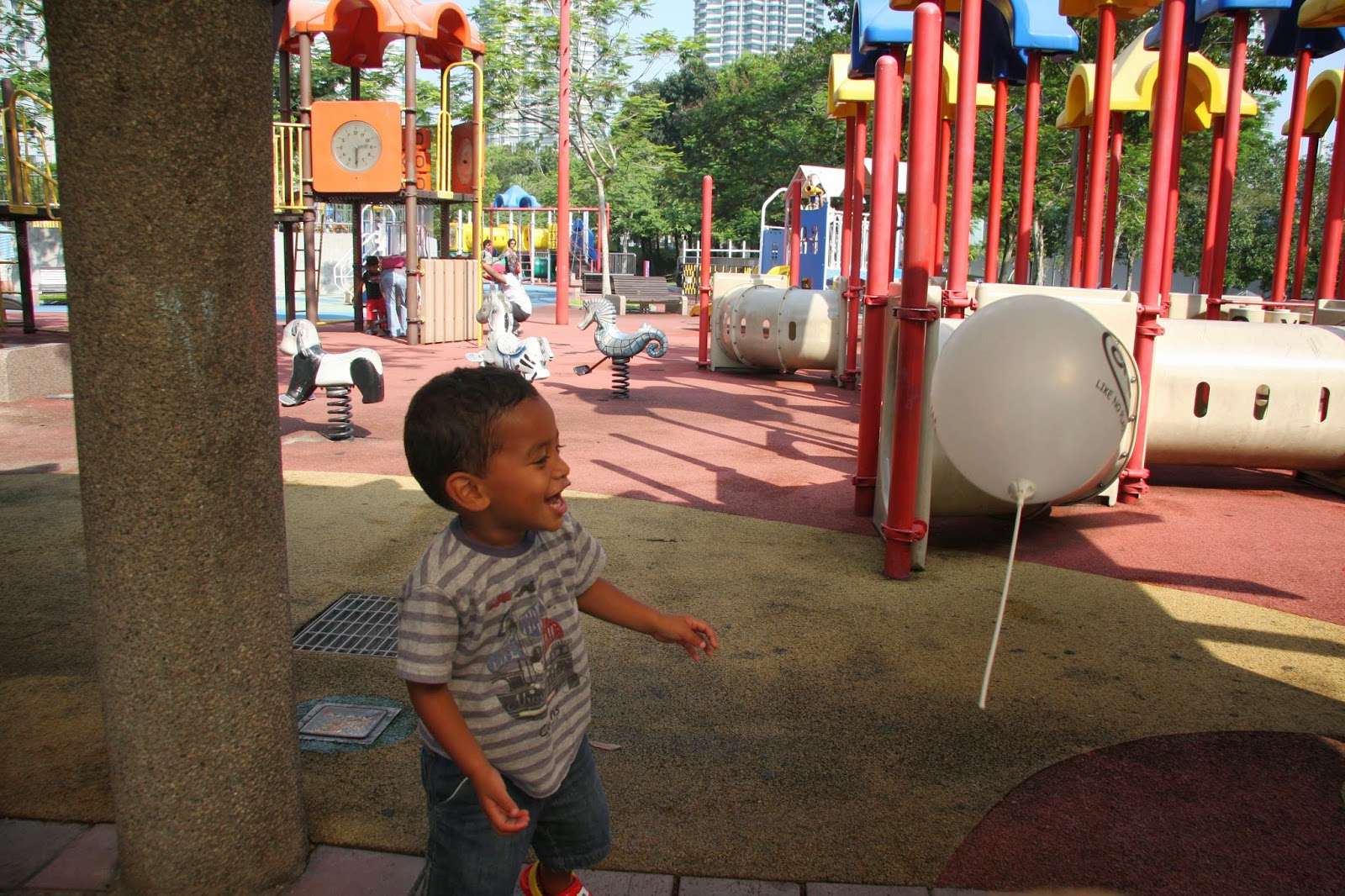 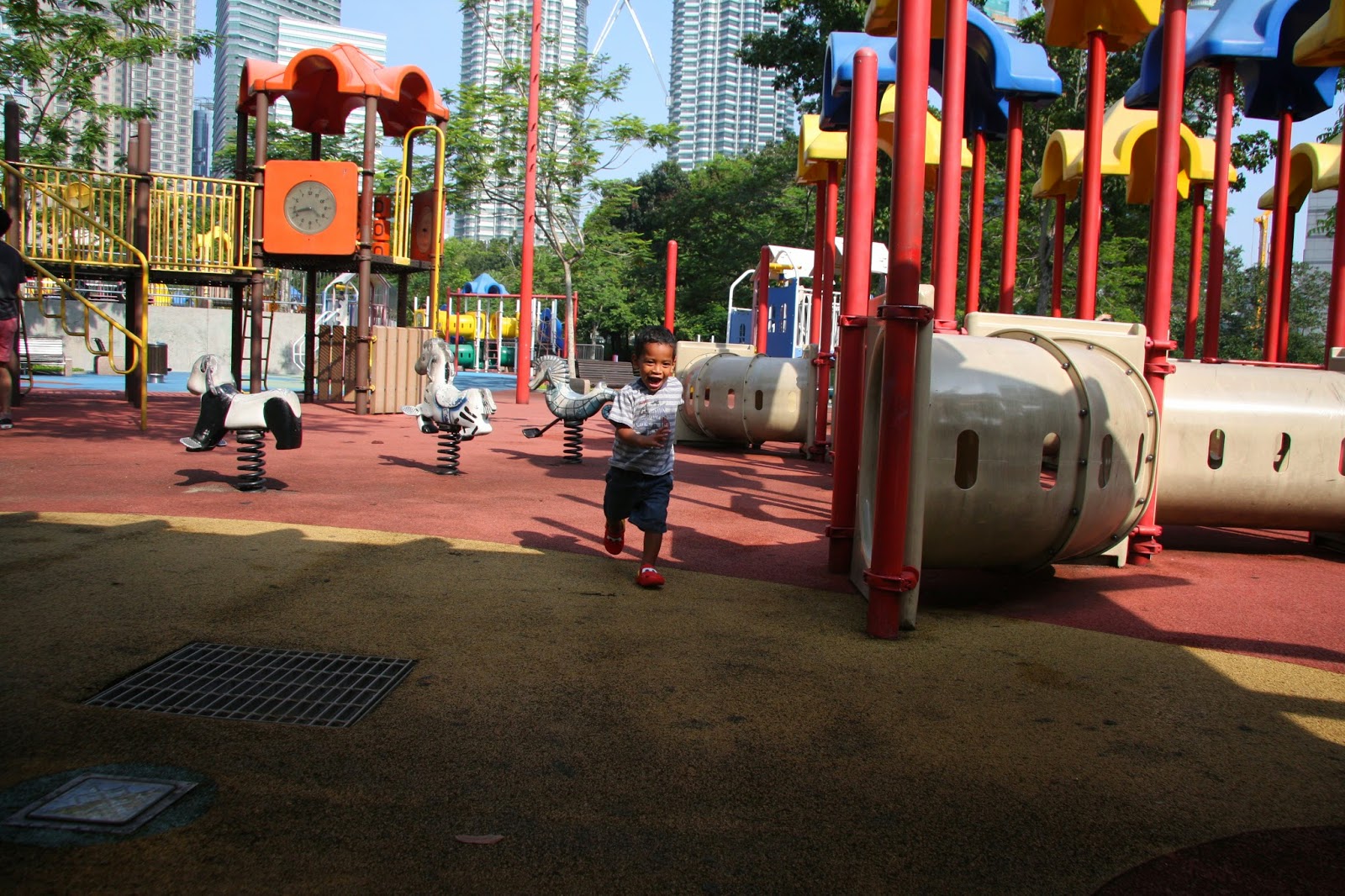 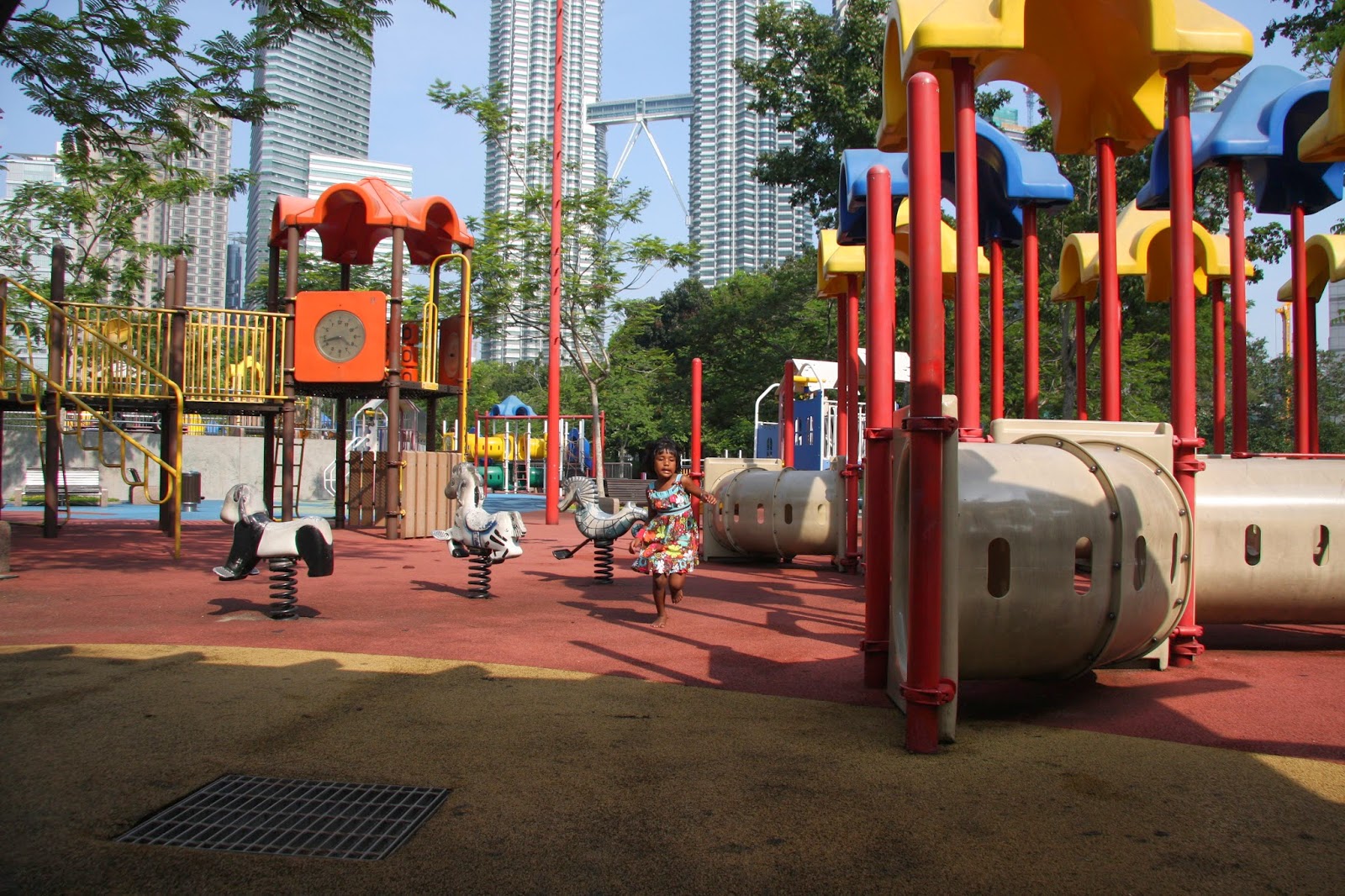 We took the kids to the aquarium once it started to get hot on the playground.  It wasn't as big as the one in Singapore but the kids liked seeing the fish.  Sky was starting to get a little overwhelmed at this point so we each took a kid and went through separately, to give them a little more direct attention. 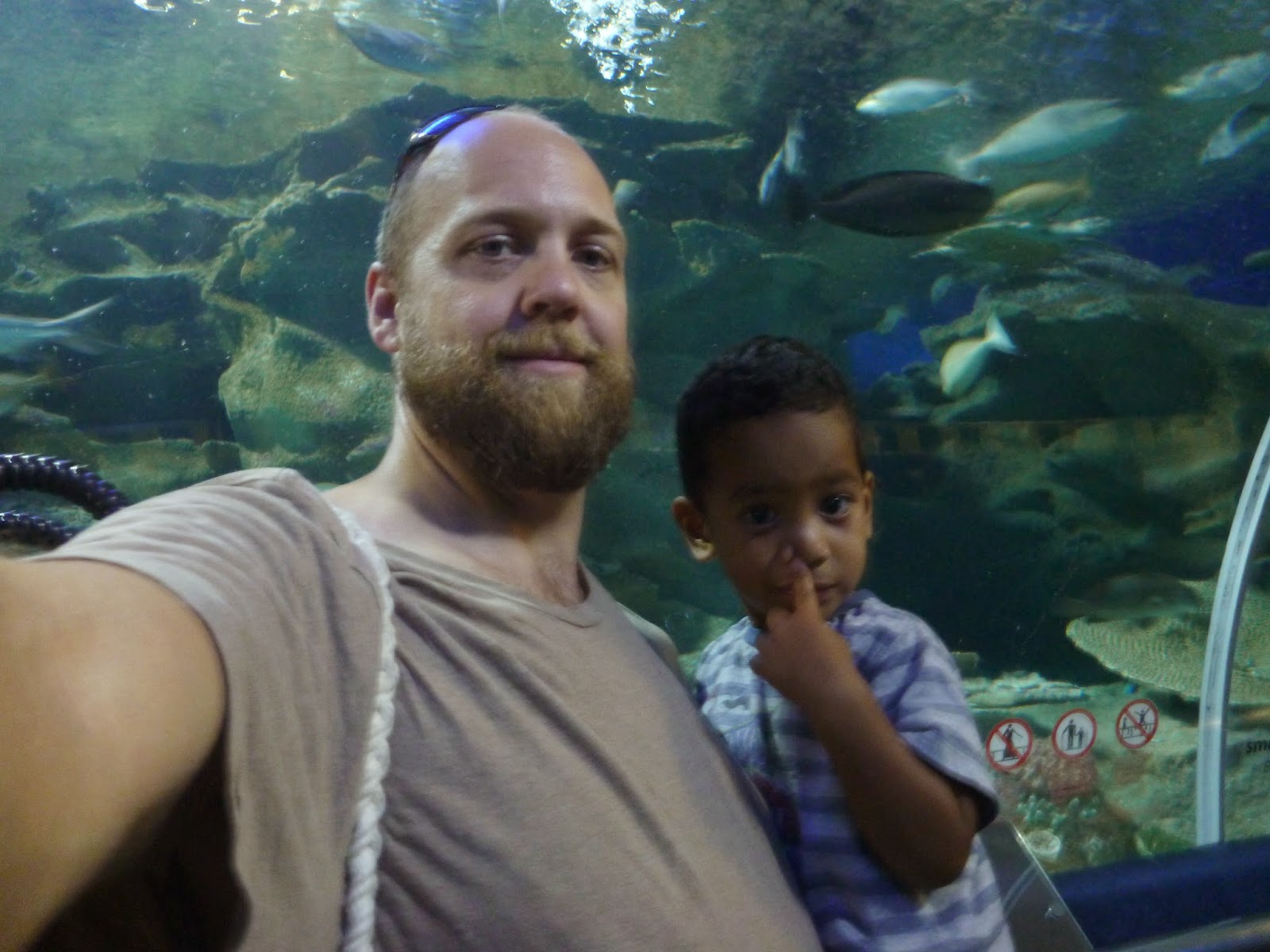 Other kids self-comfort by sucking their thumb.  Fire has taken it to another level by sticking his finger up his nose all. the. time.
We hit the park and the aquarium in the morning and then headed back to the hotel to pack up, have lunch, and check out.  We paid way to much for an Asian-style buffet lunch but the sushi was good and we were able to get Fire to eat something before he started into his I'm-in-a-restaurant-so-I'm-going-to-act-out routine.  After lunch we headed back over to the mall we'd been to the day before.  We were hoping that we could put the kids to sleep by walking them around in their strollers and while we did eventually get them to sleep, it took a lot longer than we had wanted it too.
In retrospect, we probably shouldn't have spent our time before our epic trip home someplace that was loud, crowded, and overwhelming for all of us but we didn't know where else to go at that point.  An afternoon at the mall left me burned out on stuff and judgemental of the people who thought they needed it.  Again, not a great way to start the trip home.  But the kids napped, we shopped a little, and then we got our bags from the hotel and headed to the airport.
It took way longer to get checked in and through immigration than we thought it would.  By the time we found a place for dinner the kids were pretty strung out, but since dinner was Burger King, they ate their fries and chicken nuggets.  At that point, we needed that small victory.
The trip home was a bear.  I don't even want to think about it.  Small seats, crying kids, over head lights that won't turn off, staring, more crying (on all sides), some throwing up, and D and I left feeling ridiculous that we had to fly for 36 hours to take our kids to zoos and aquariums- something most other families can do every weekend if they want.   ﻿
Labels: Family Malaysia Singapore