We've had birthday fever here- and not the good kind!  Fire turned four last week but was sick with the flu for every party we threw for him.  He slept through the family party 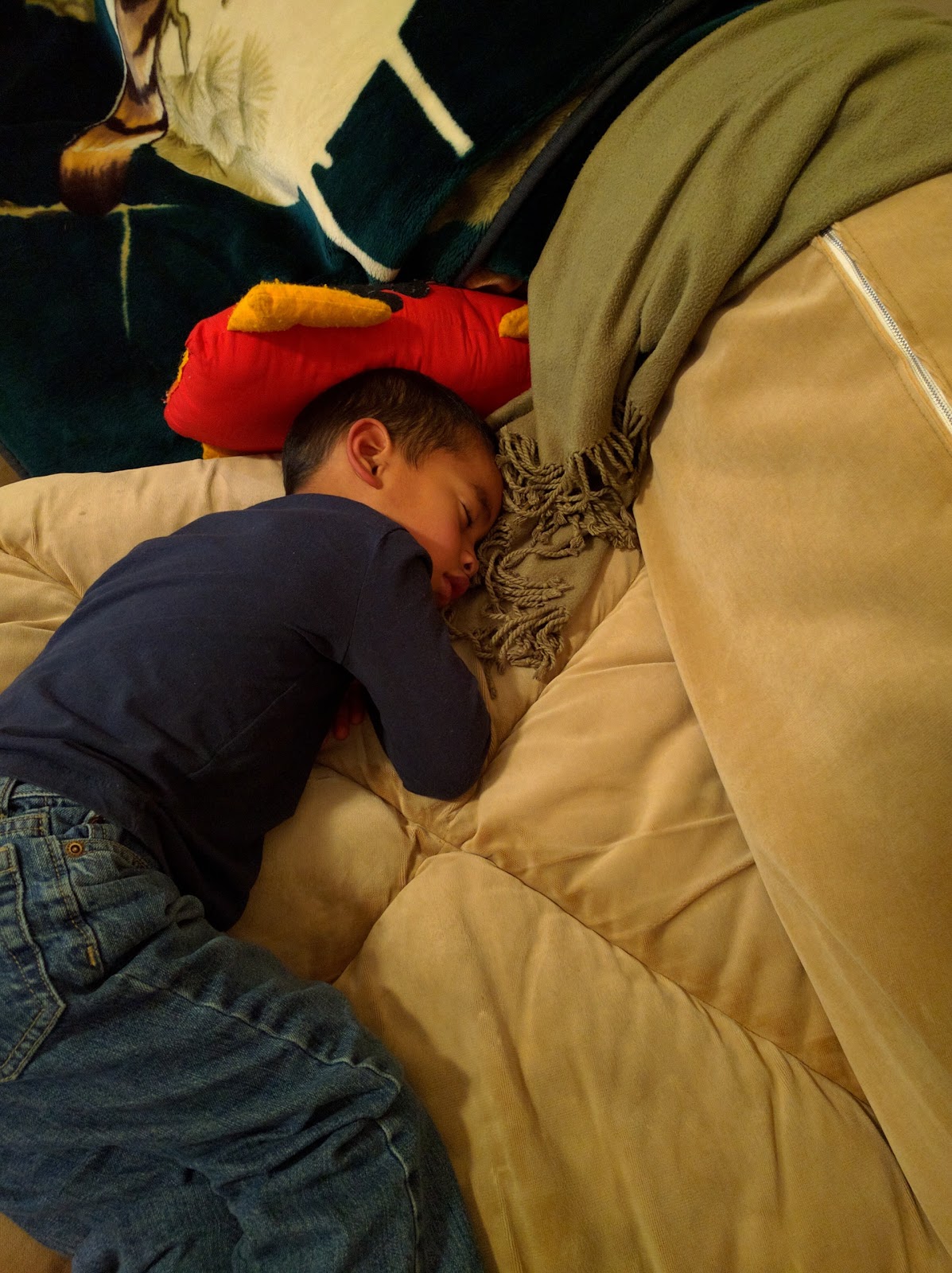 Although, ironically, he did wake after everyone left to have some cake and open his presents 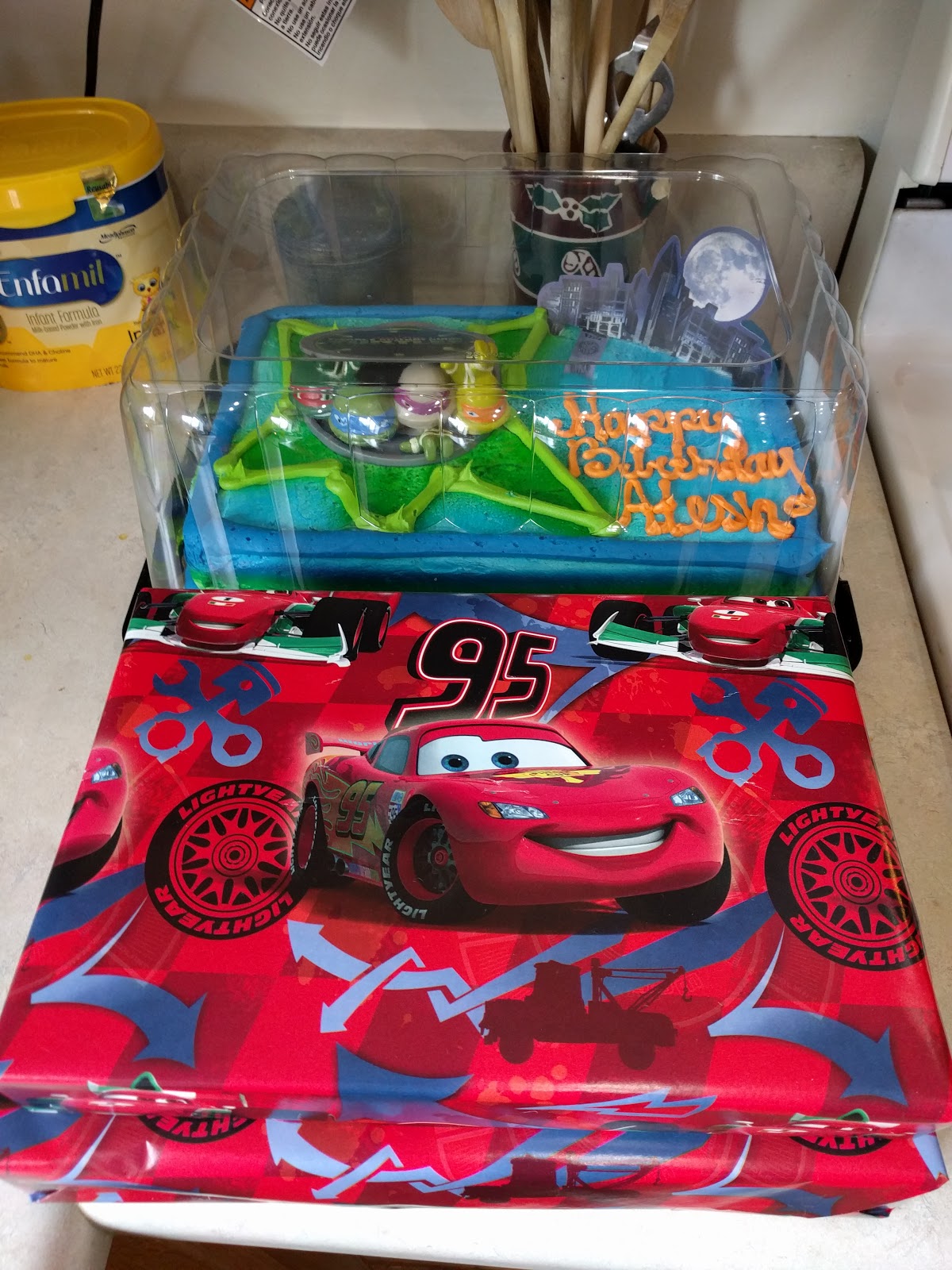 He stayed home from school on the day of his actual birthday so he missed his school party.  He slept through his birthday dinner a second time and woke up in time to have cake and open presents (at least he woke up for the important parts, right?). 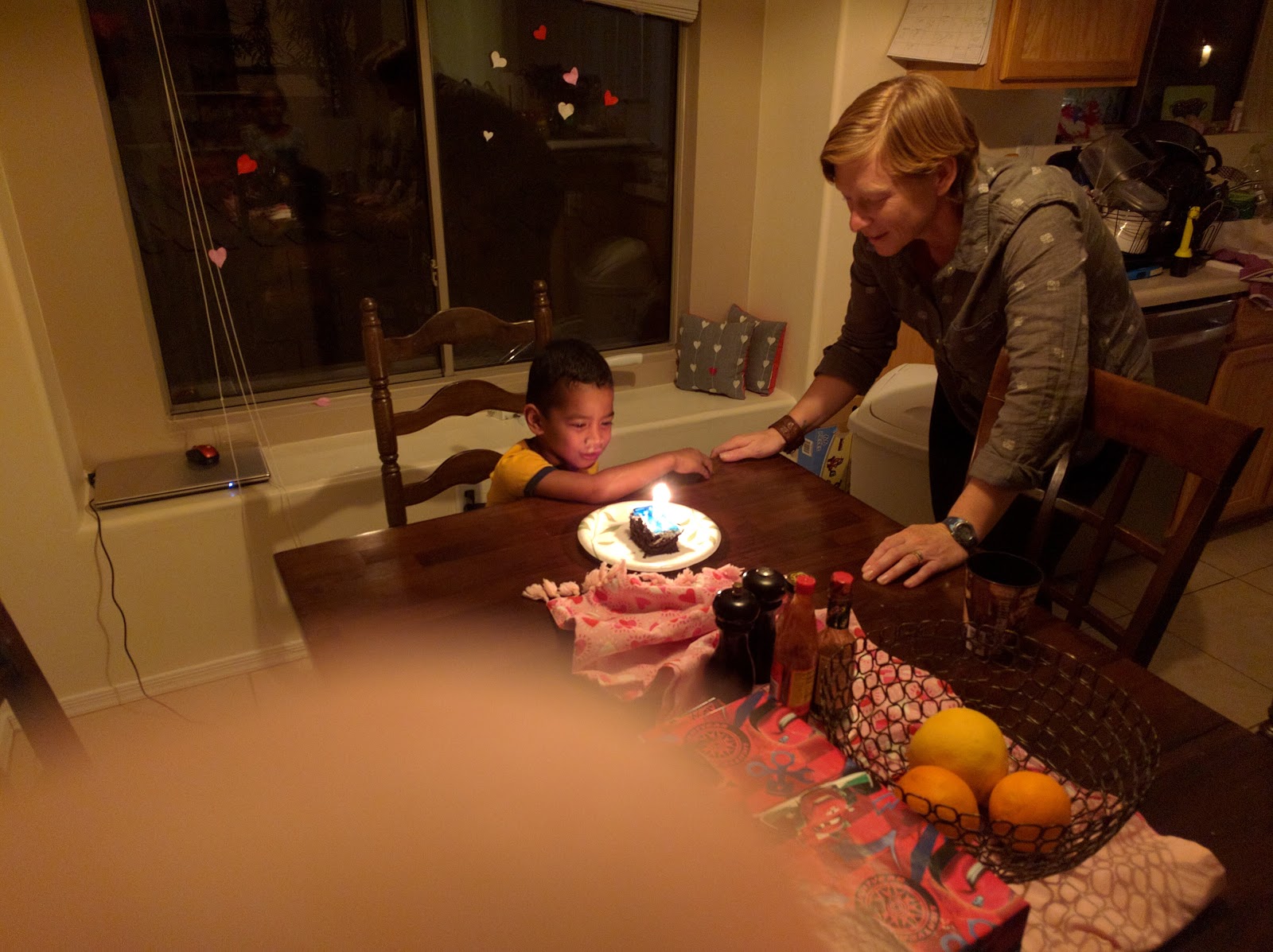 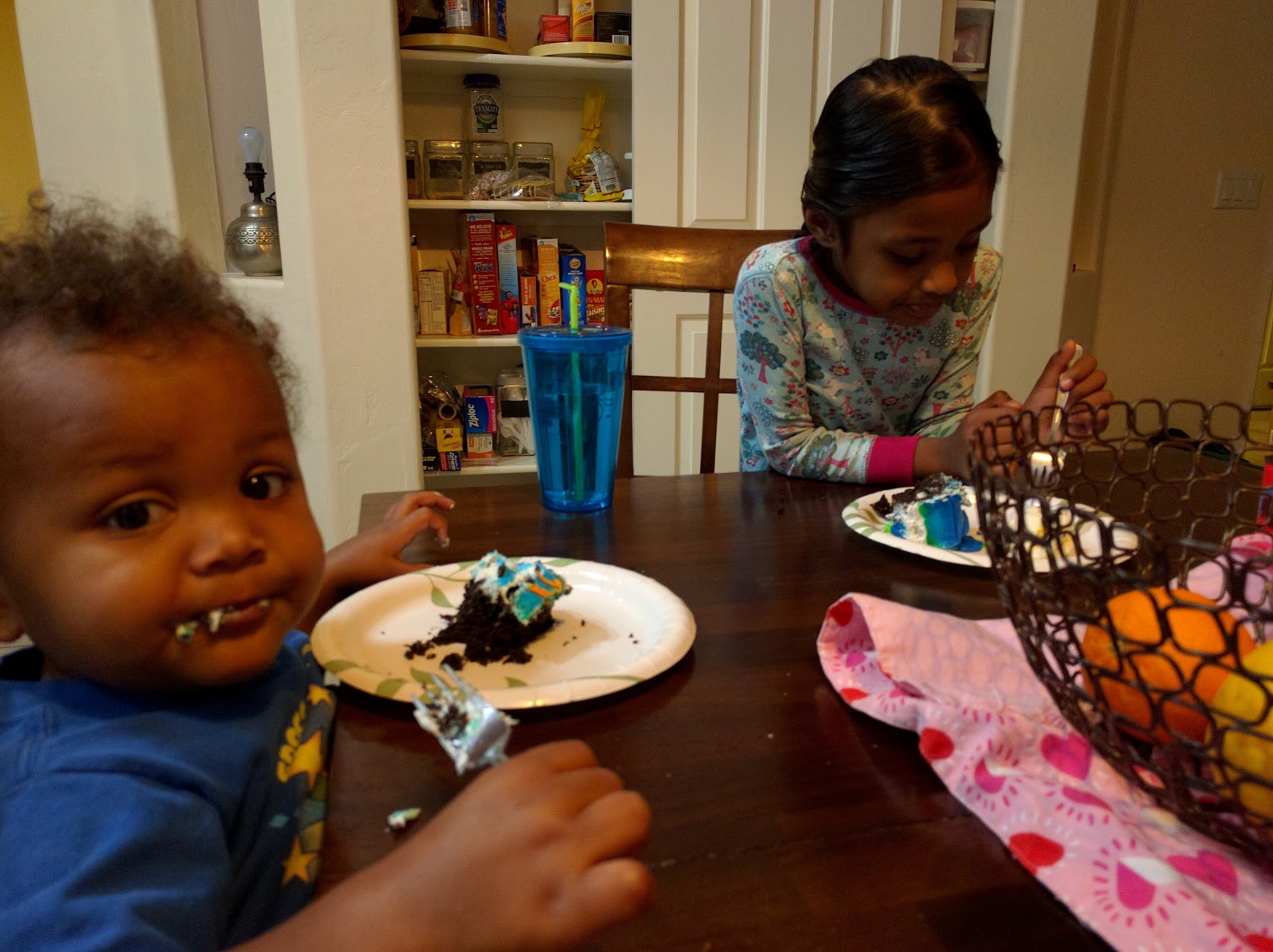 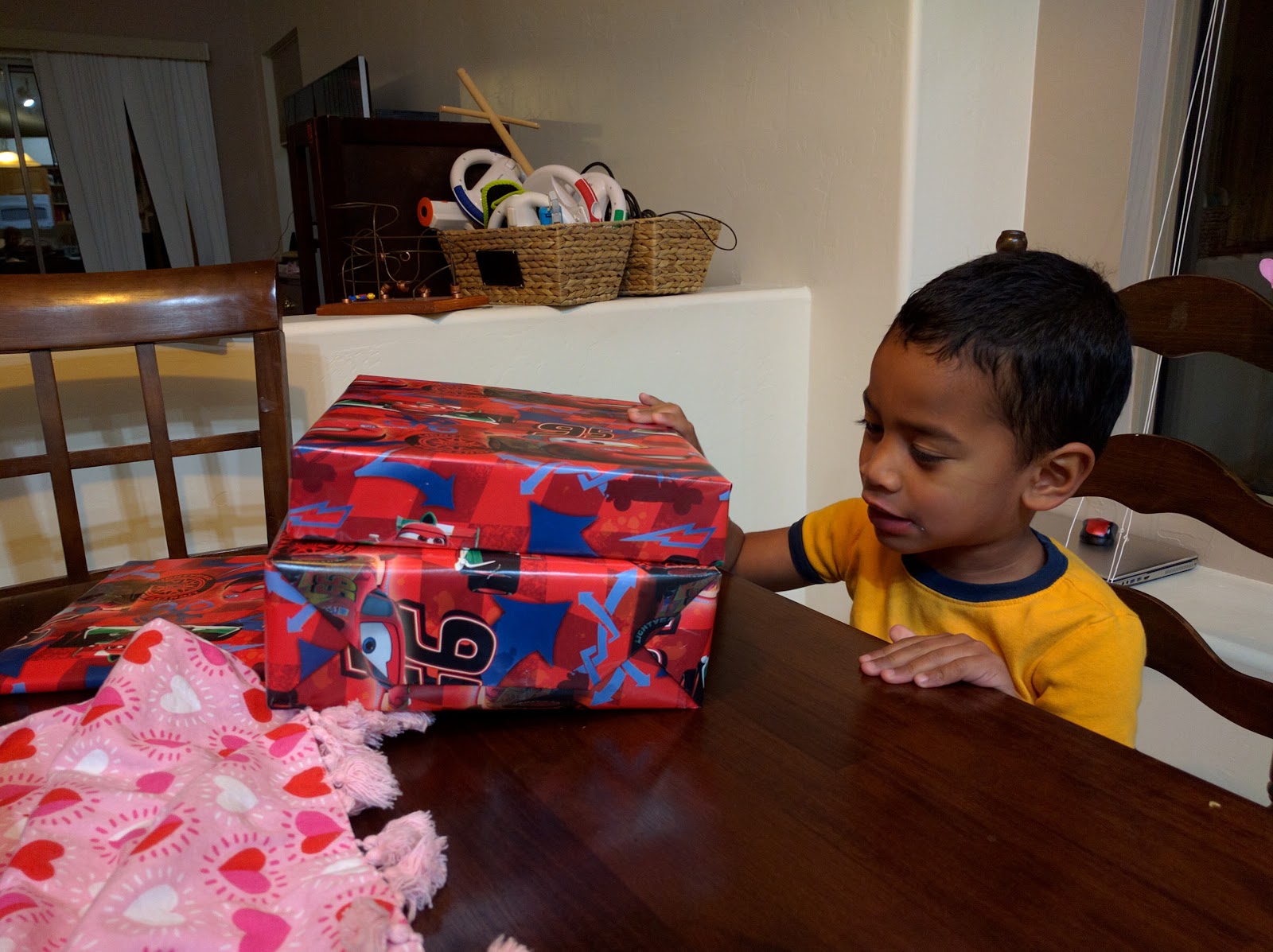 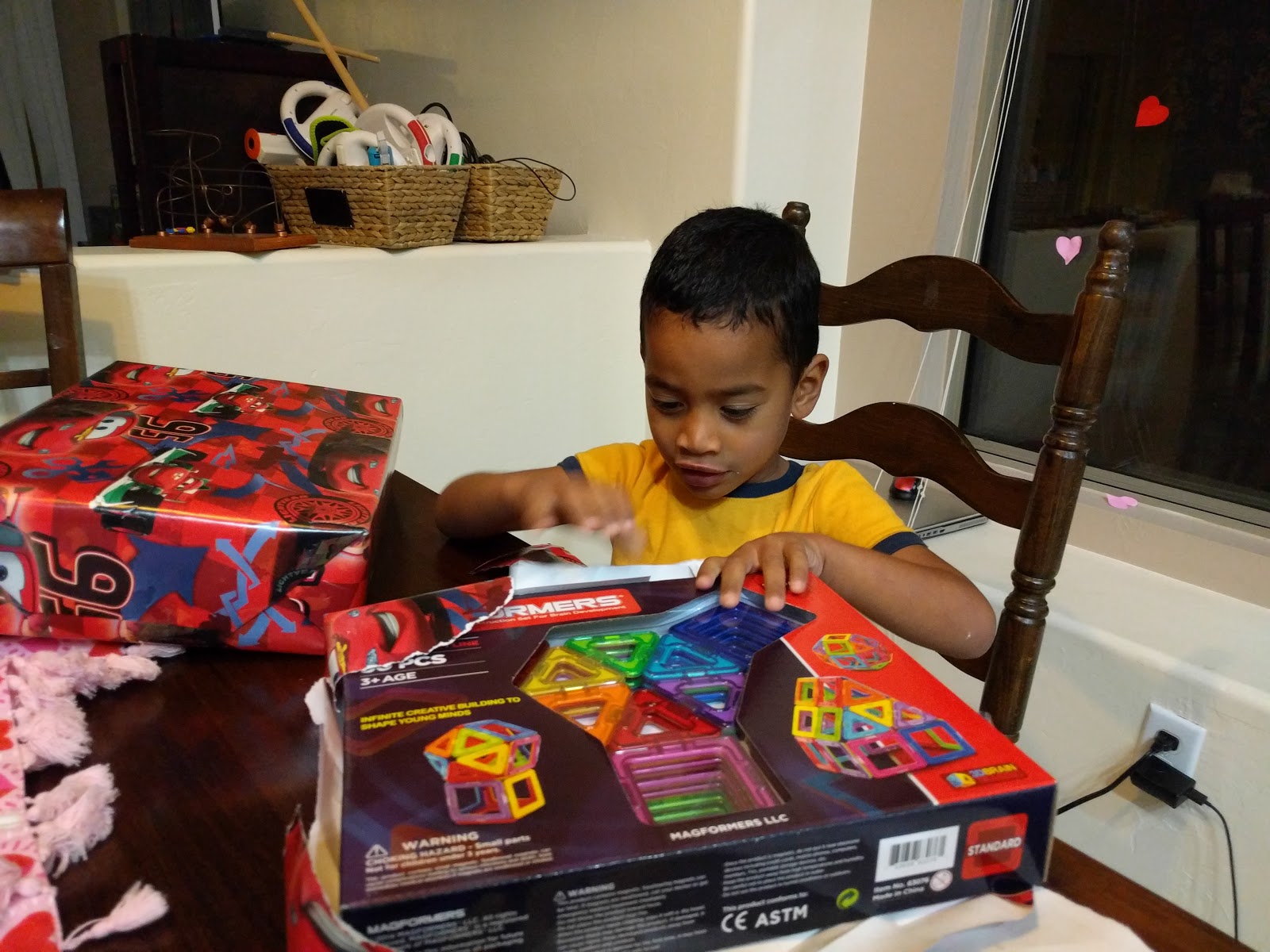 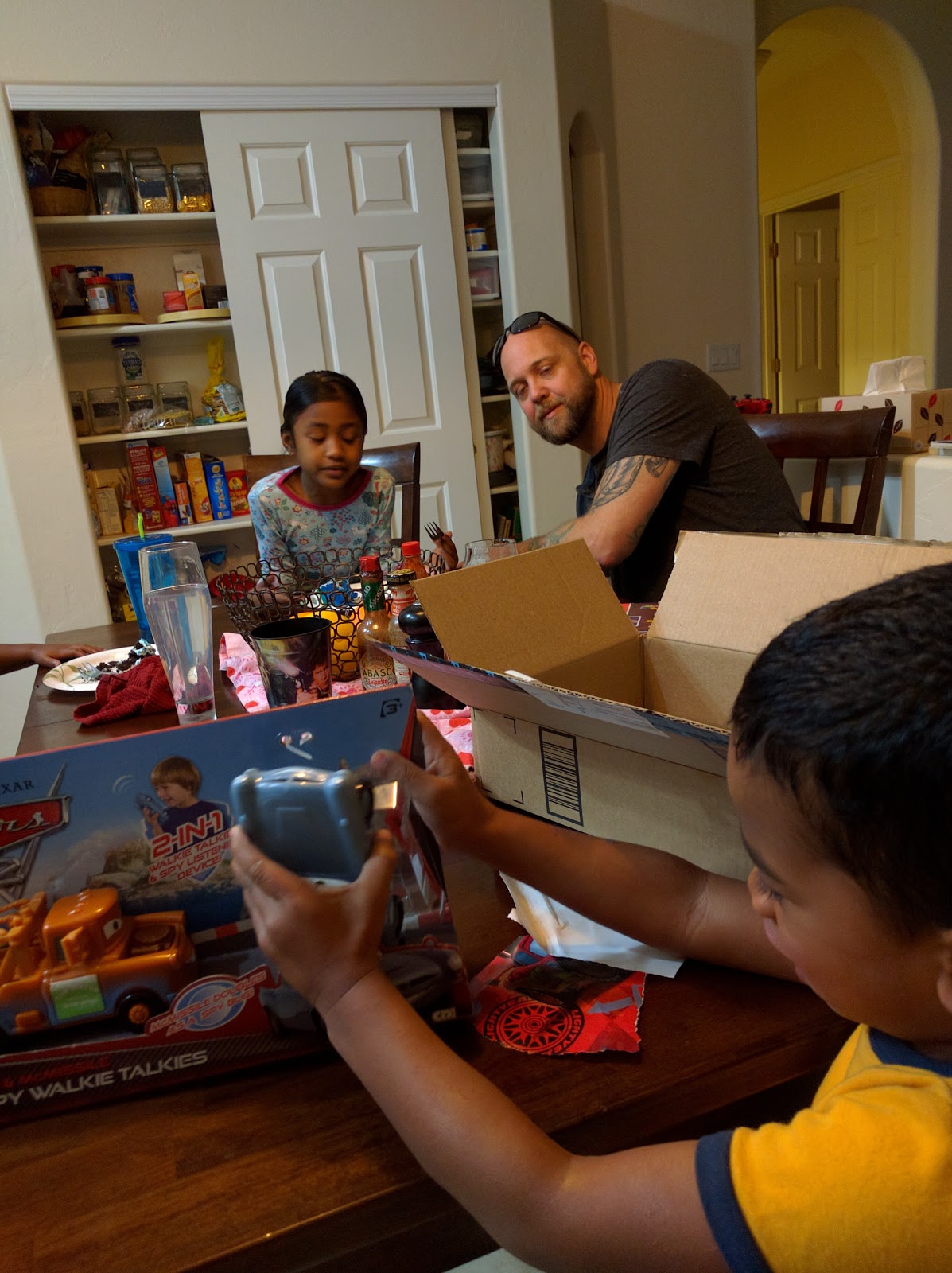 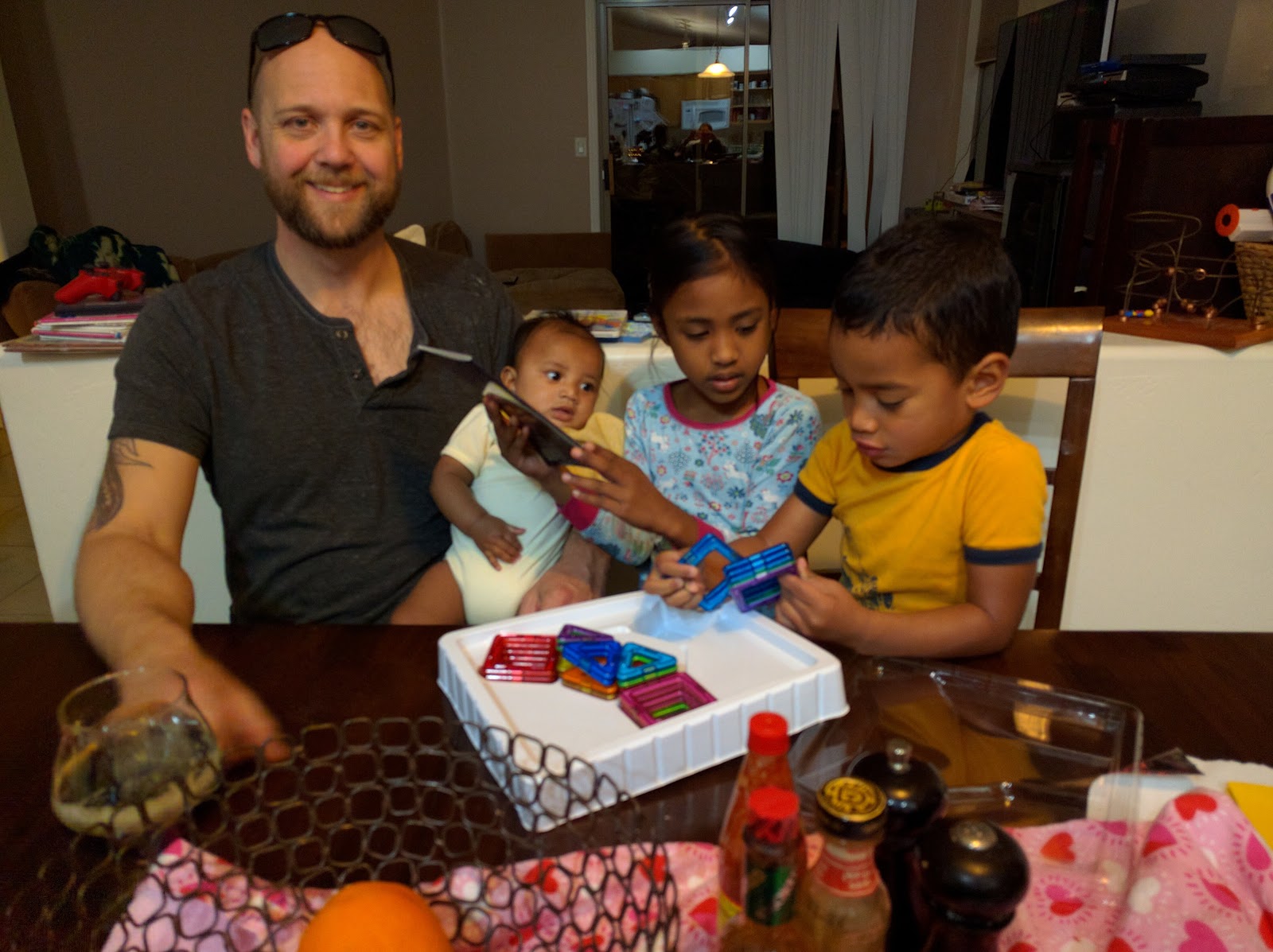 We've finally managed to shake the flu and Fire had his school party today.  He was so excited to have his little brothers and his mom in his classroom that he could barely sit still to eat the snack we brought.  I wasn't able to get any pictures from that party (school rules) but it was a good time and he was finally awake for it!

Happy Birthday Fire!
This past year was a little rough but things are looking up and I hope that four is a magical year for you.
Labels: Family Fire