Birthdays are usually small family celebrations in our house with one exception: the fives.  If you turn five, 10, or 15, we're going to throw you all the party you want.  When Sky turned five, we rented the gym and the biggest bounce house on the island and had about 75 kids at the party.  Sky had a great time and we loved celebrating her in a big way.
A few months ago, we started thinking about how we were going to celebrate Fire's fifth birthday.  We wanted to throw him the same big party that we had for Sky - we were going to rent the whole Children's Museum (it's Fire's happy place right now) and invite all the kids from his Pre-K class, Sunday school, and soccer team.  When the time came to book the party though, we asked Fire one last time how he wanted to celebrate he said that all he wanted was to have his friends at his house to play.
We were surprised but more than happy to give him just the party he wanted.  We sent invitations to his best friends, ordered a race car cake, and planned a few games.  Fire spent an afternoon playing with 10 other little kids, eating flaming hot cheetos and cake and was the happiest little birthday boy.

Happy Birthday Fire, we love you to the moon and back! 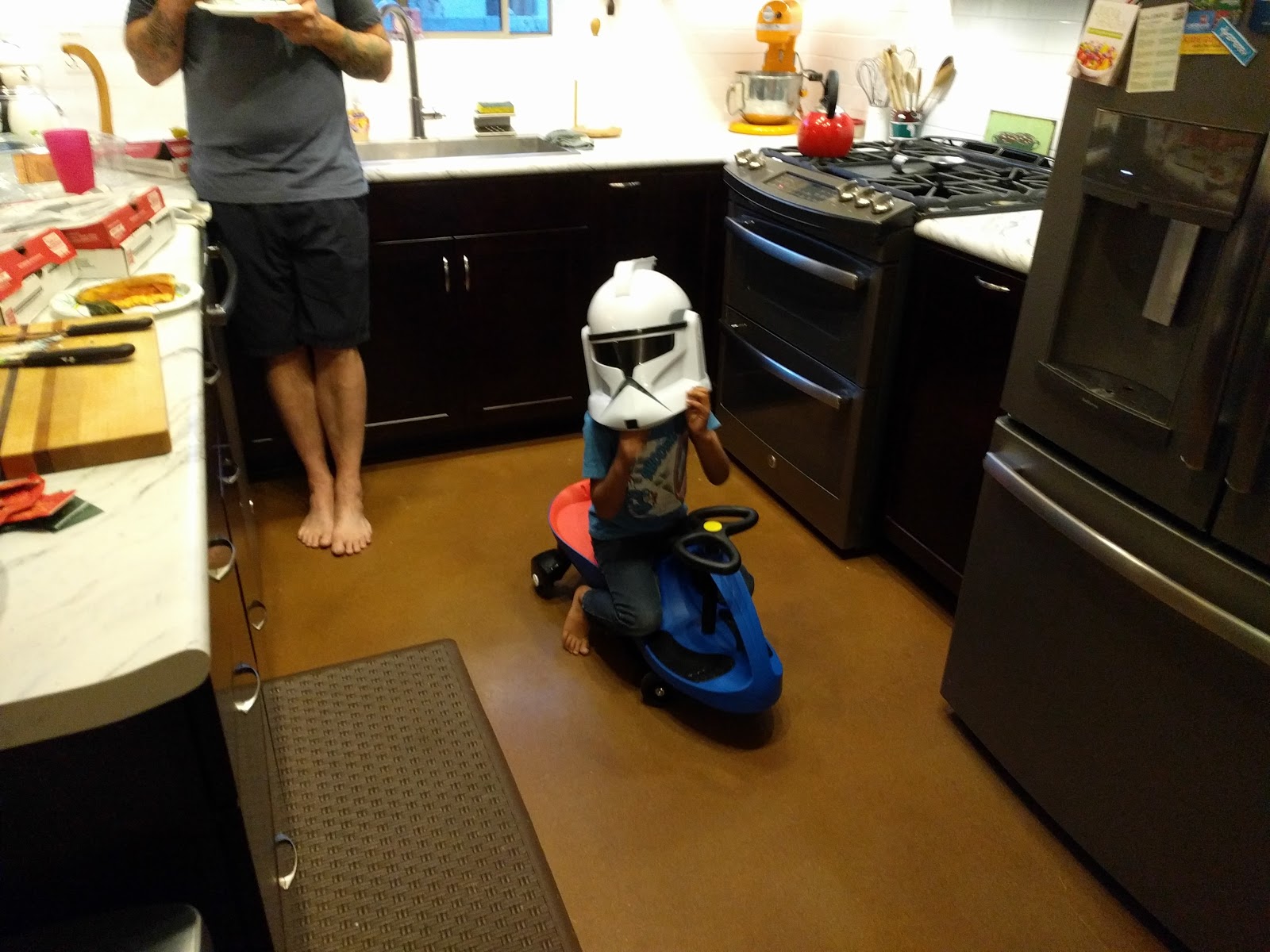 Fire modeling his favorite gifts: a plasma car and a Storm Trooper helmet 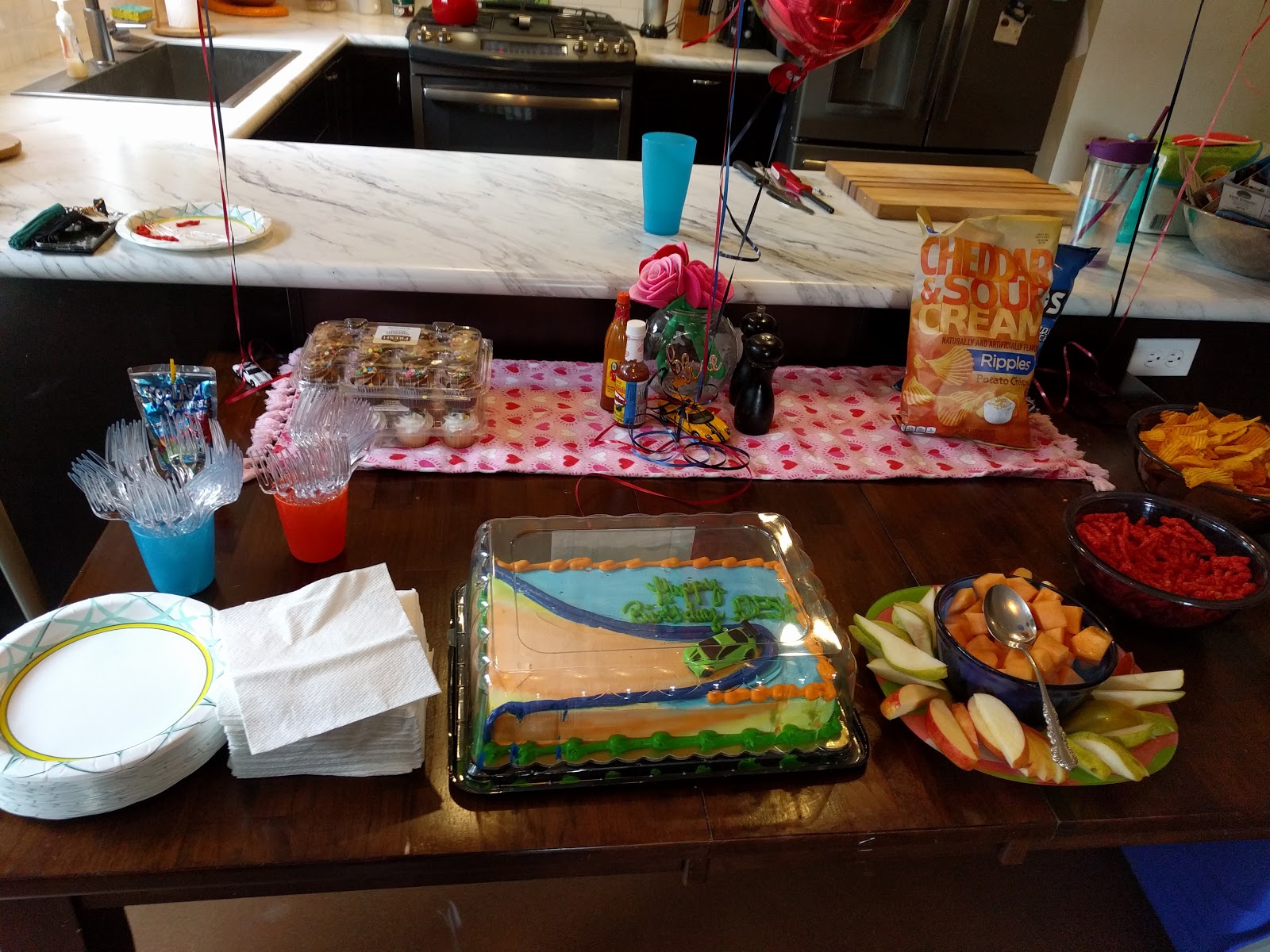 A simple spread for a simple party- cake, fruit, and chips 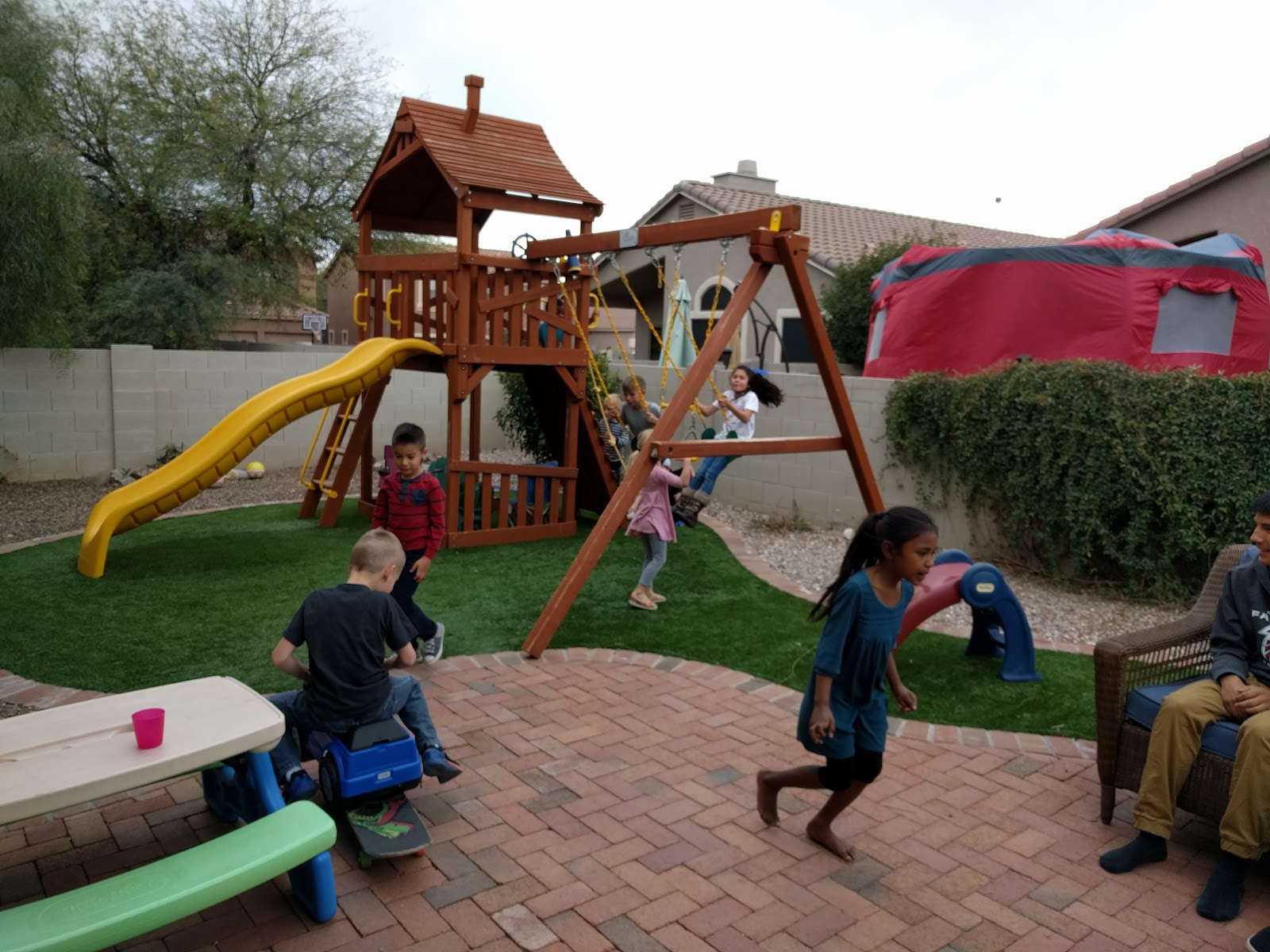 Our backyard playset got a work out at the party! 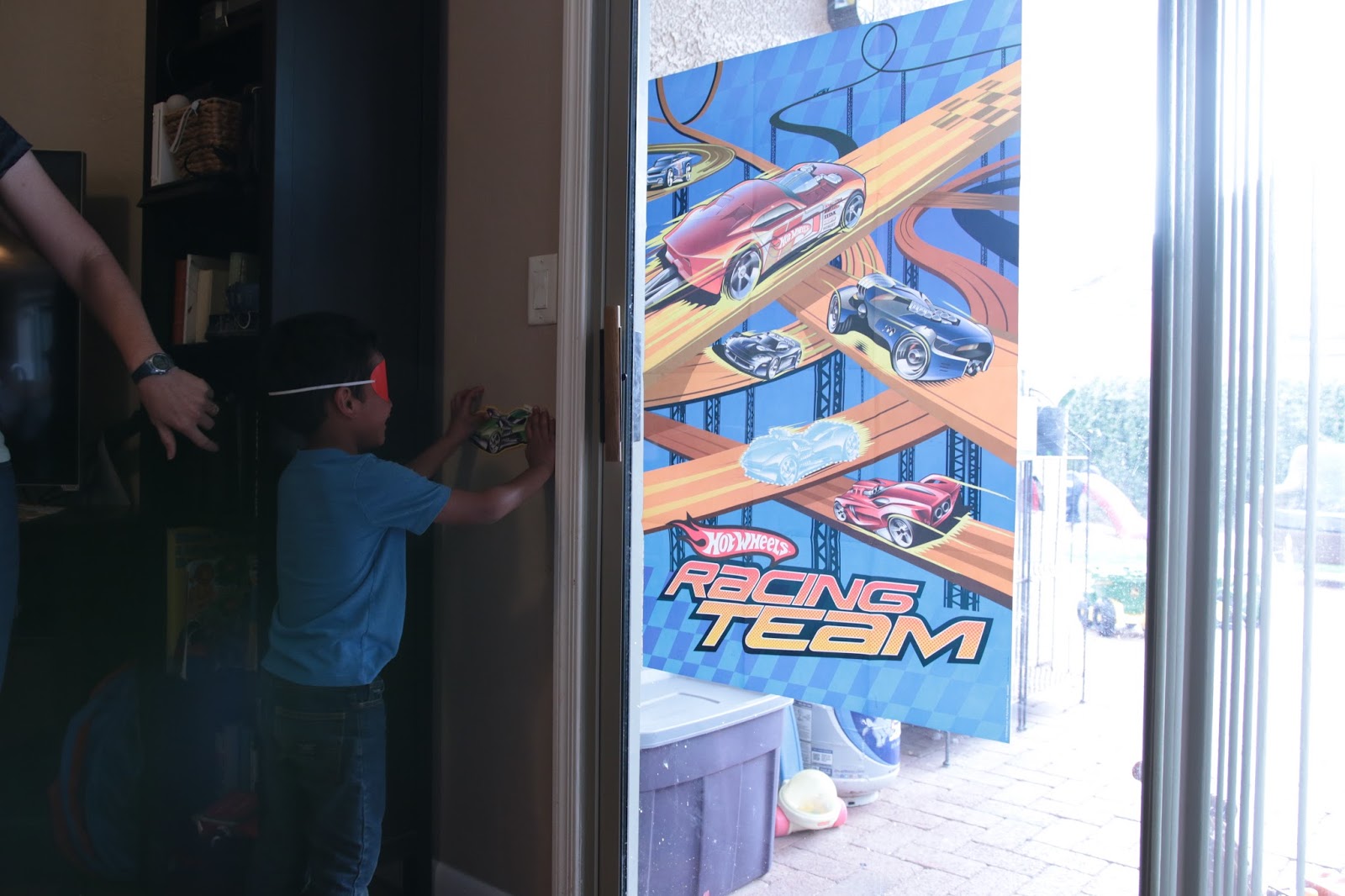 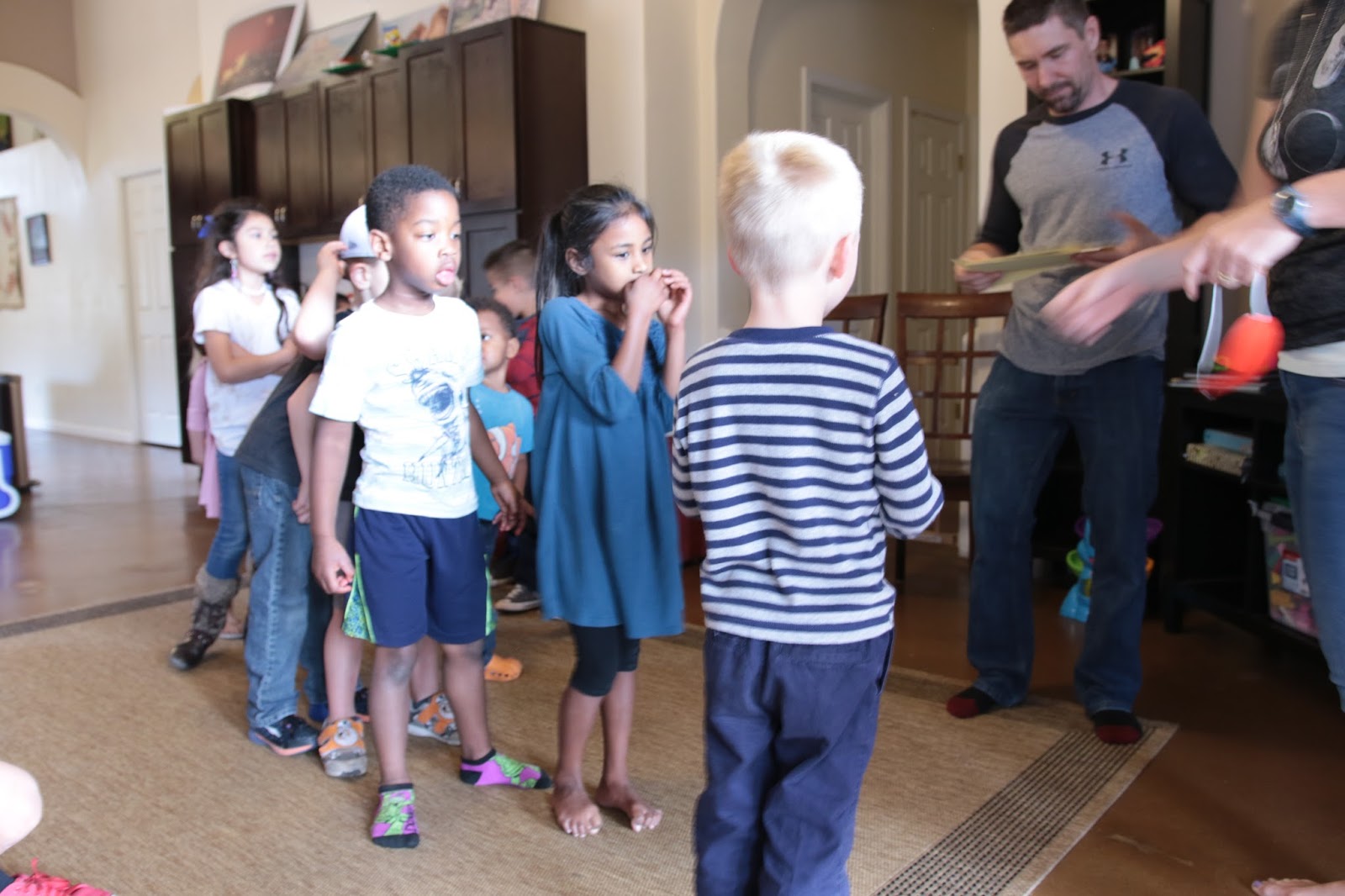 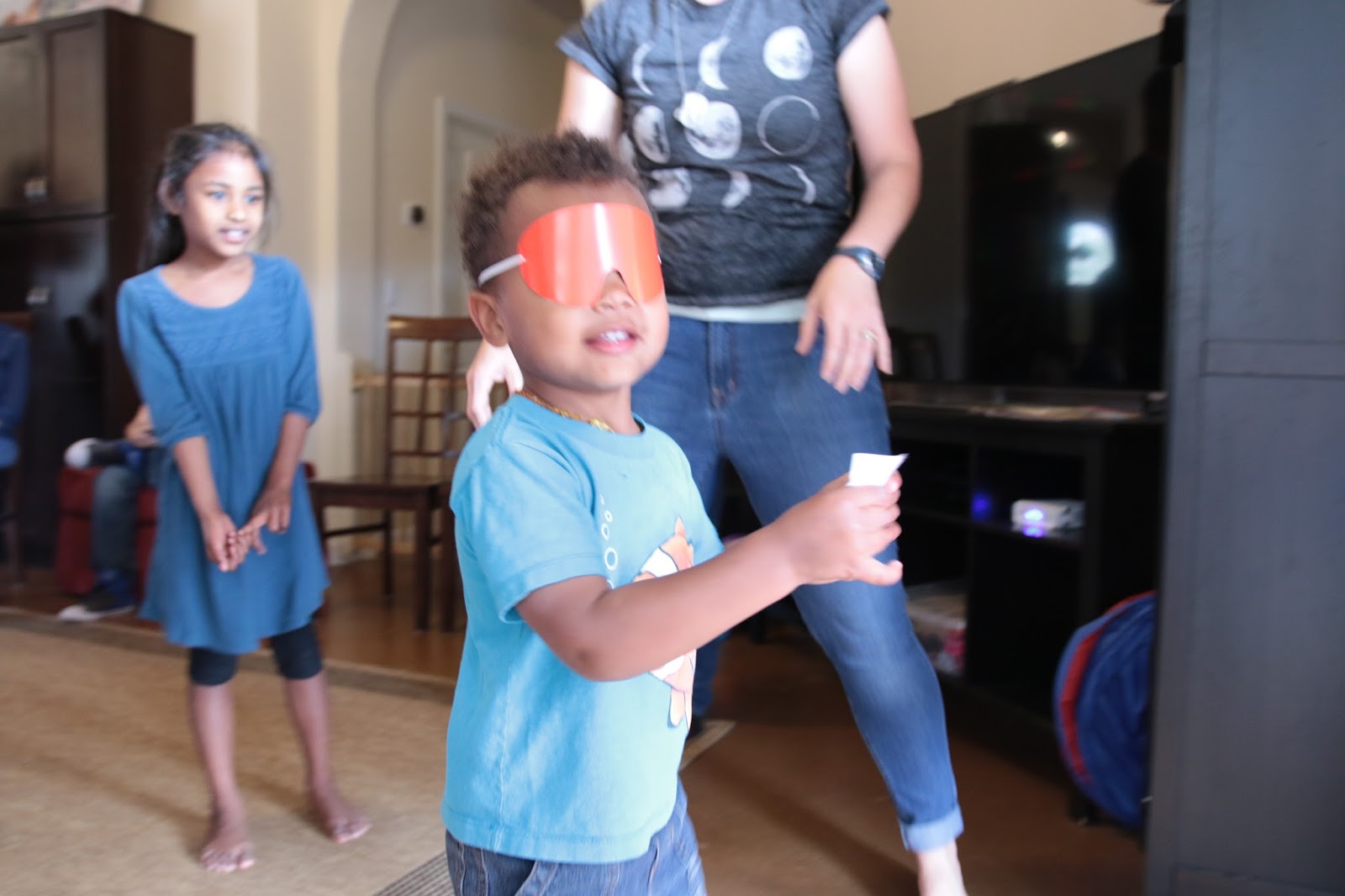 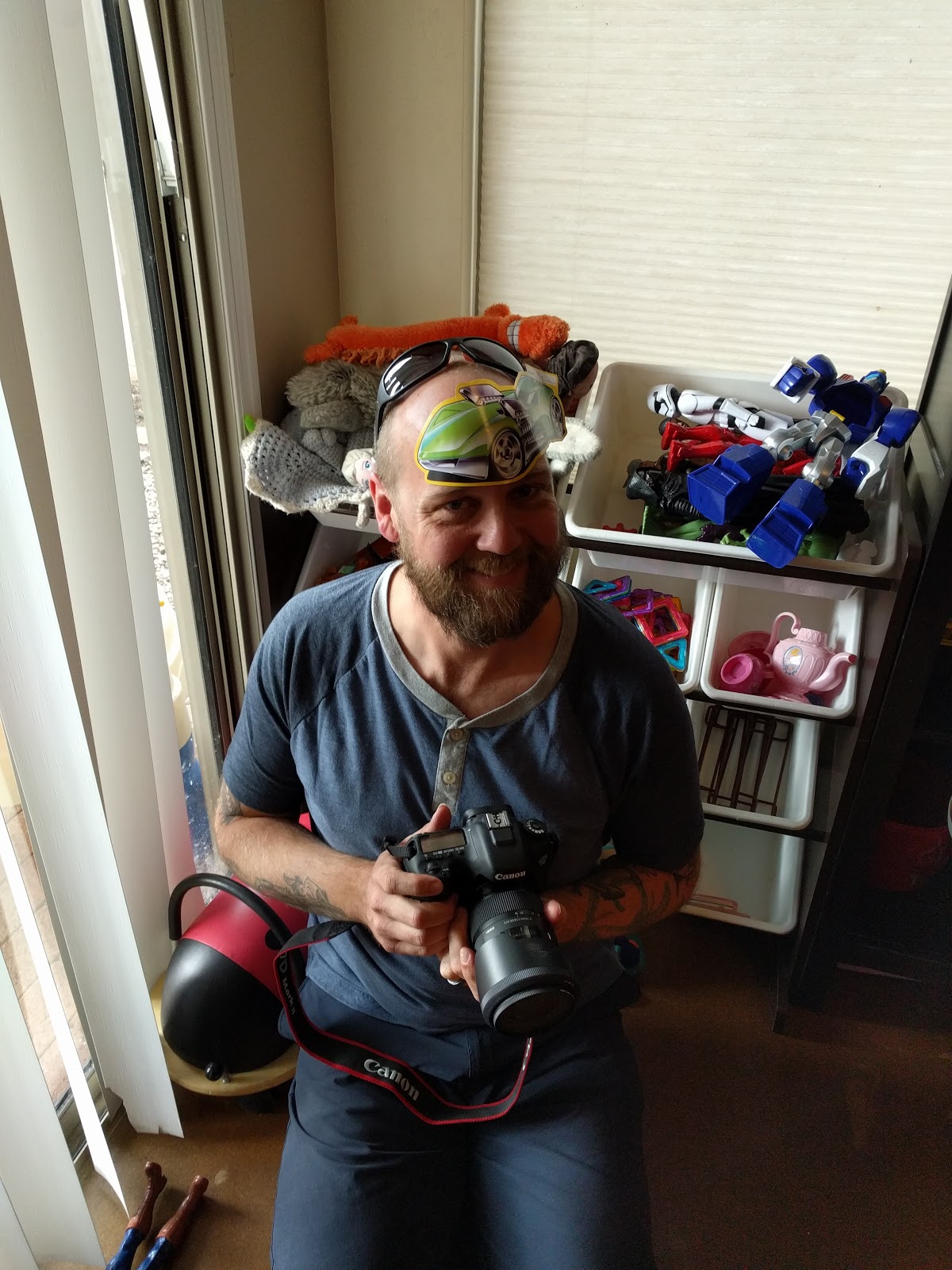 Someone was a little off! 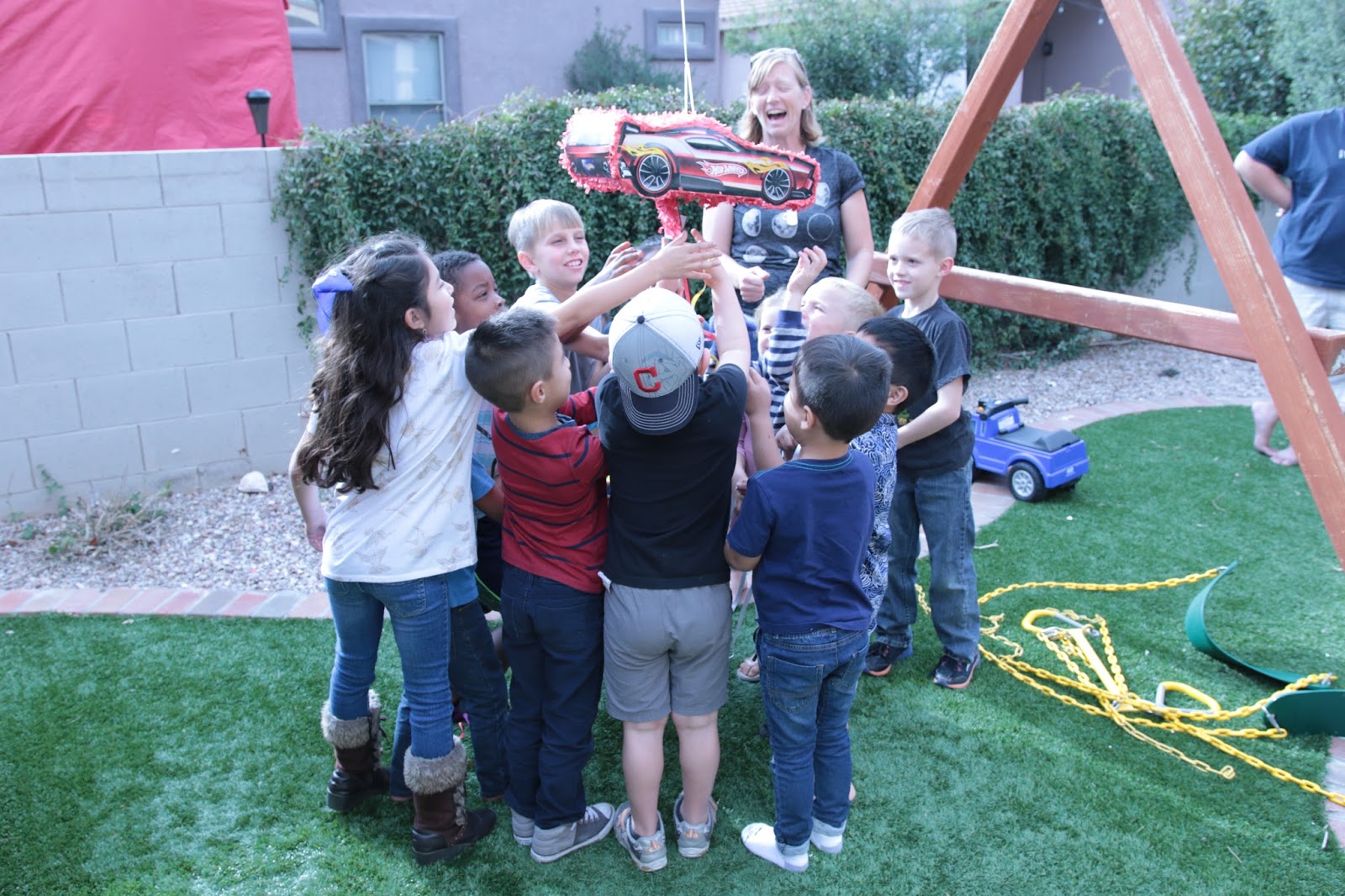 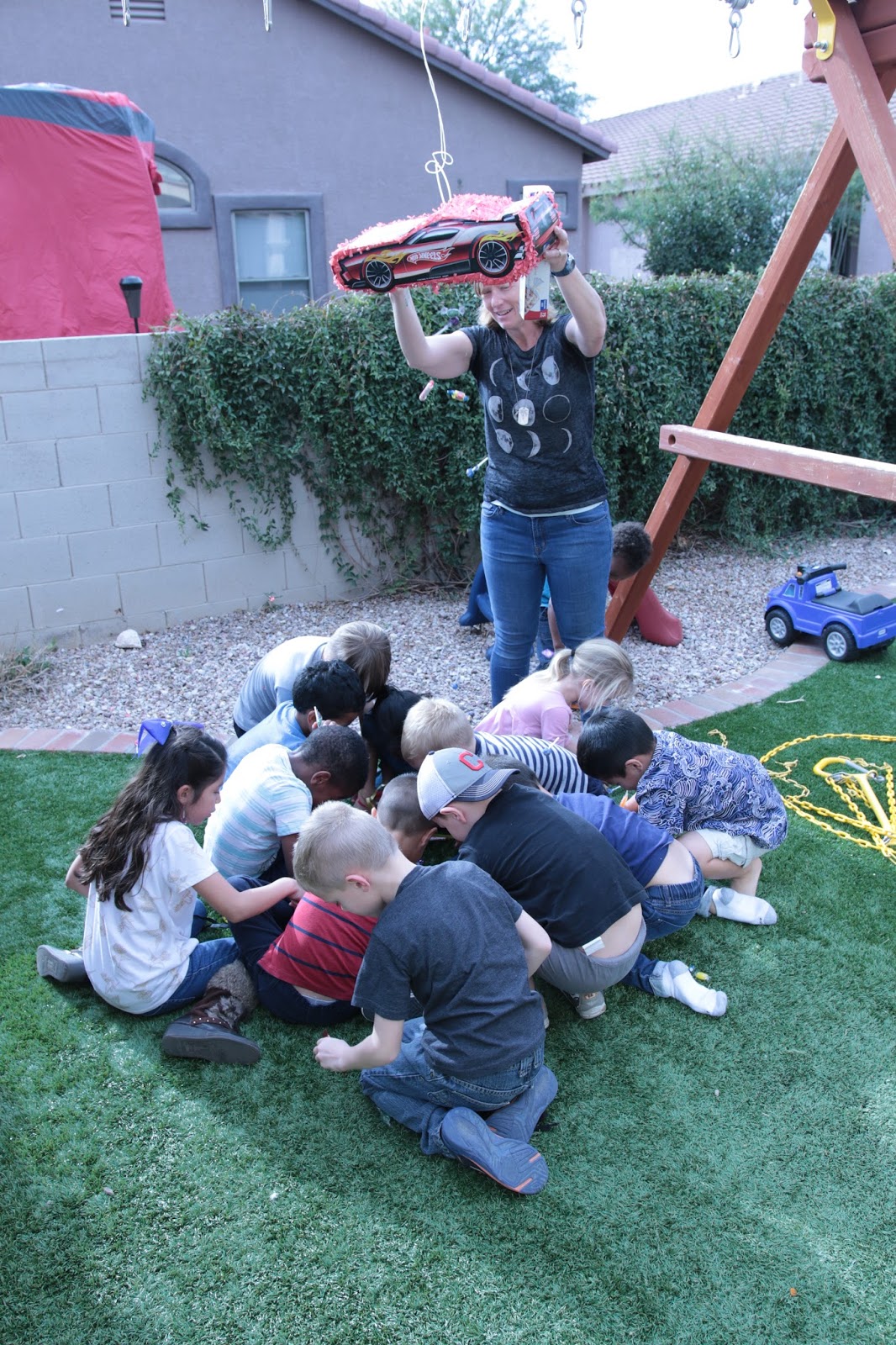 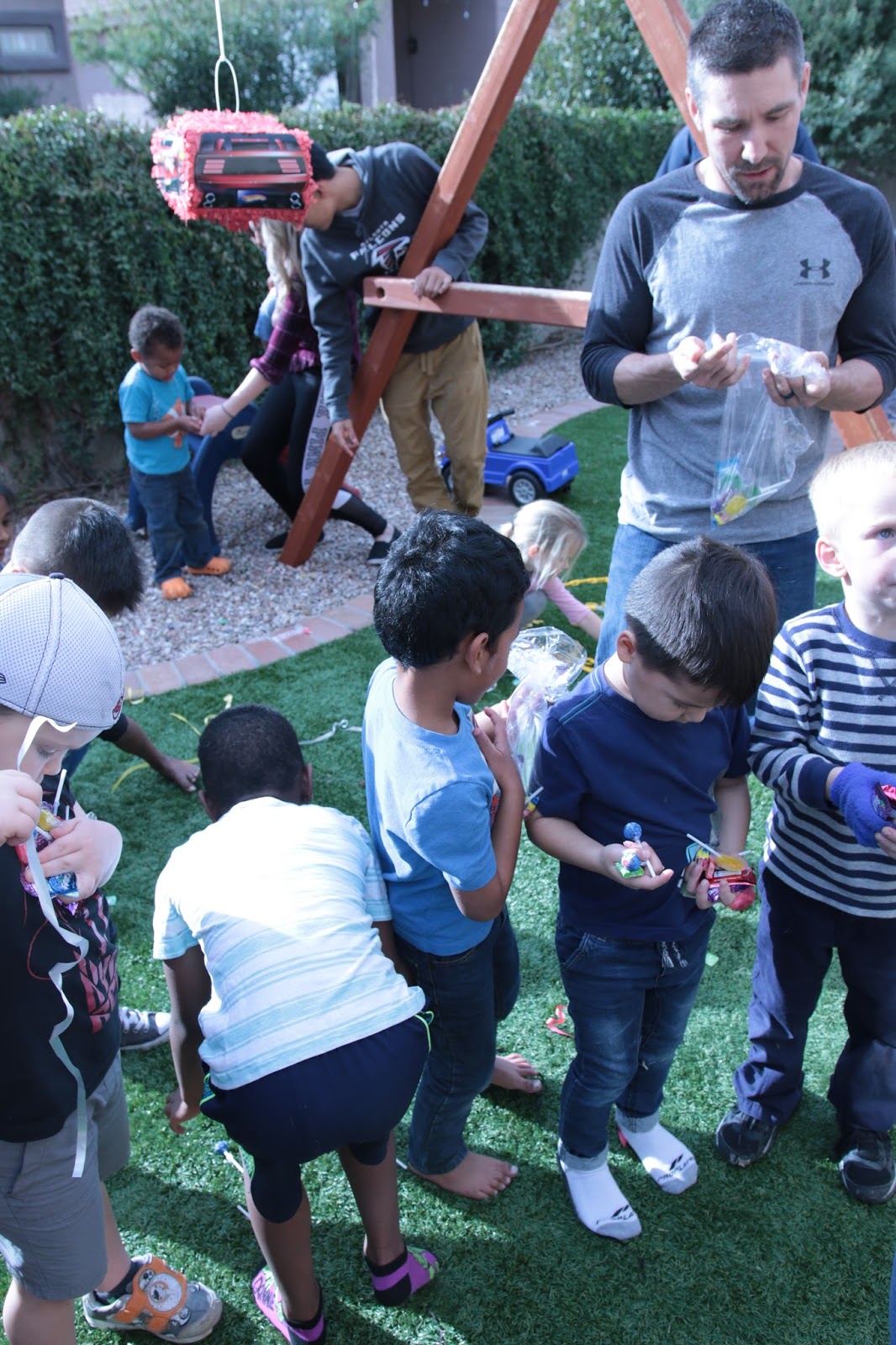 Sky with her haul 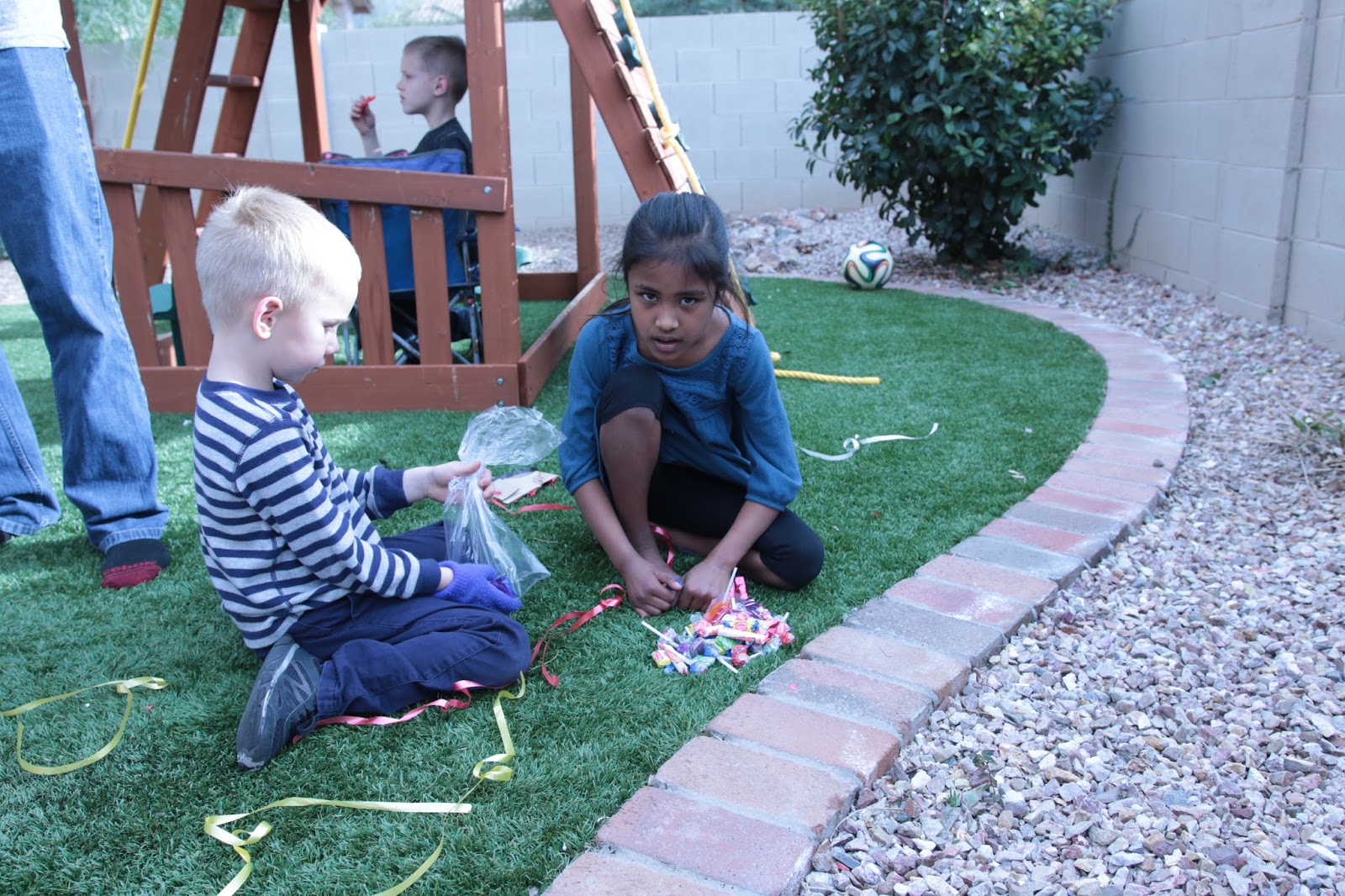 After Fire's friends went home, we ordered pizza and Fire opened his presents 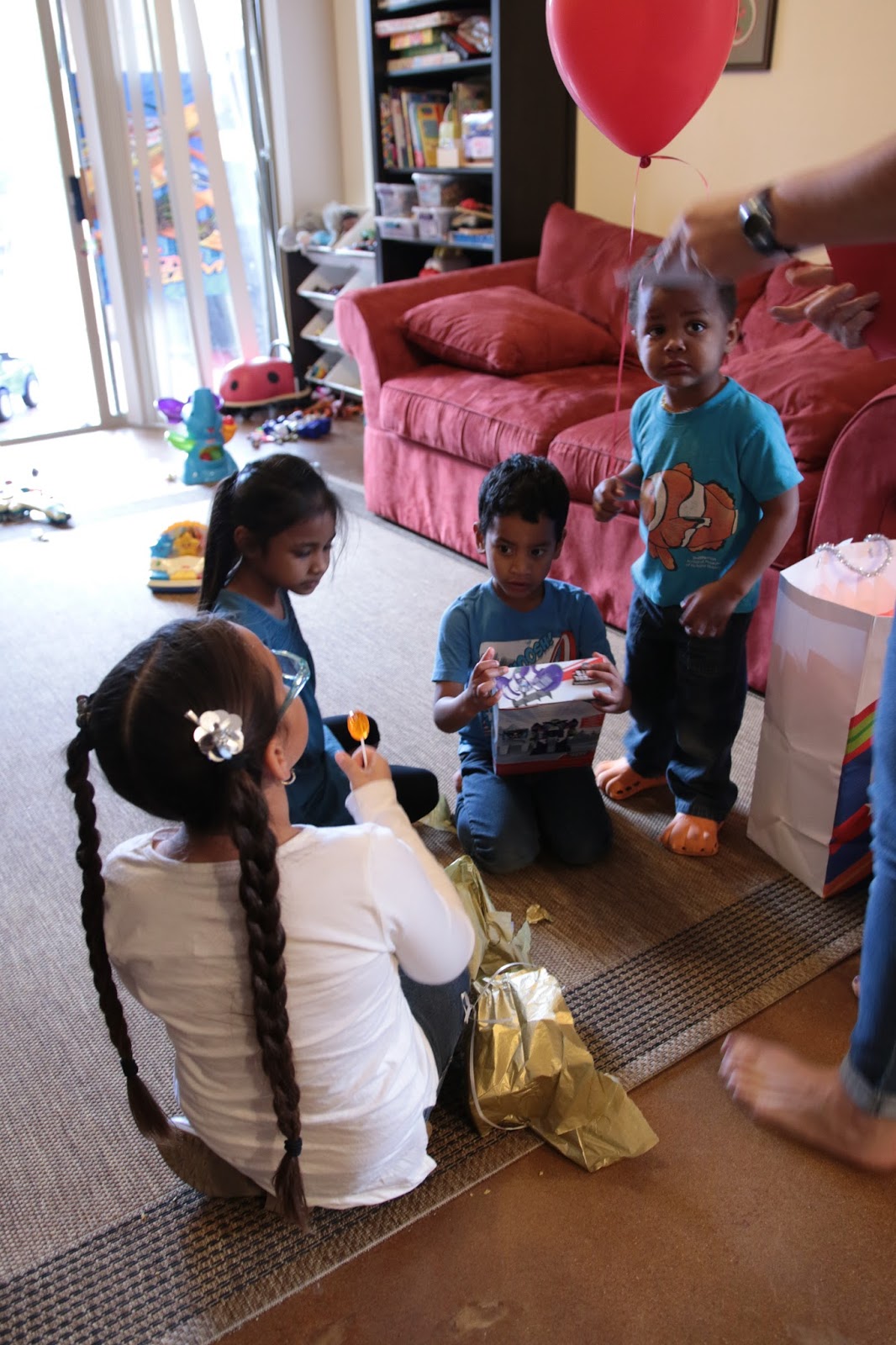 The storm trooper helmet was a big hit 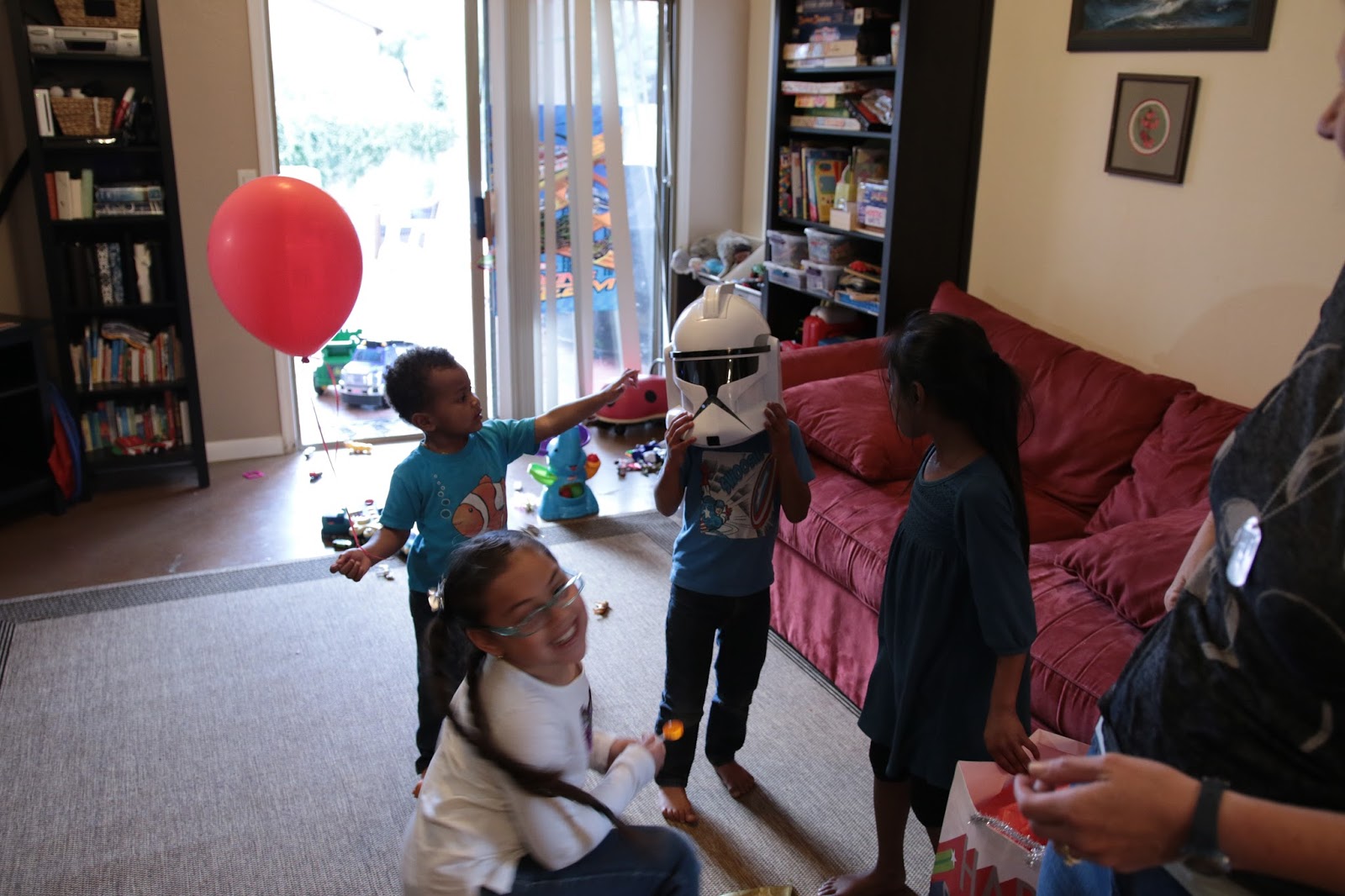 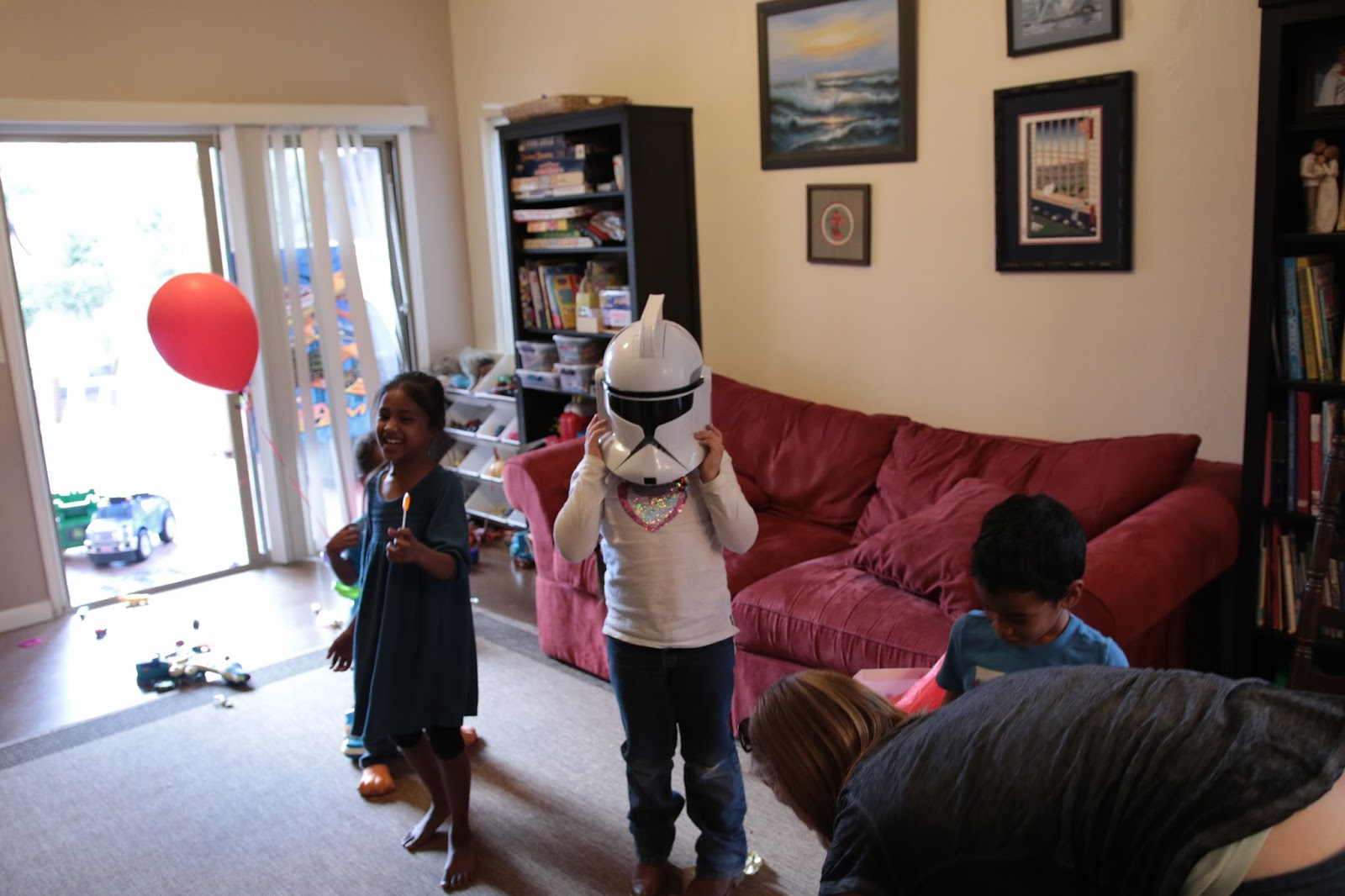