Kids birthday parties are a big deal on Kwajalein, mainly because the island is so small that everyone knows everyone.  Nobody wants to leave anyone out so whole classes get invited to parties.  D and I knew that going into having kids here so from the beginning we agreed that we would only have big parties on the "5" birthdays: 5, 10, and 15.  All other birthday parties are family birthdays with Auntie Mo and Uncle Paul or another family invited over.
Since this was going to be her first "real" birthday party, Sky was very excited about it and as we started making plans, she had a few very specific requests.  She wanted it to be a Frozen themed party with Elsa on the cake.  She wanted to play in the big bounce houses in the gym, and she wanted to invite all her friends.  Sky rarely gets everything she wants but this time, D and I did our best to make sure that her birthday was everything she wanted it to be.
I shared in this post about sending out 34 invitations to her party, which meant that we were expecting over 50 kids.  That covers pretty much every child under five on the island.  I had originally hoped to have a drop-off birthday party but with that many kids, it just wasn't going to happen so we had to account parents as well.  My sweet girl was going to have about 70 people celebrating her!
We had Sky's birthday party last weekend and it was just perfect!  We had great weather, some wonderful girl friends help me set up the party room and the bounce house went up just as kids started to arrive.  Sky, and all the kids, had a great time playing on the obstacle course bounce house, chasing each other, and playing hide and seek.  I had been worried that one big bounce house wouldn't keep all the kids entertained but I needn't have worried.  When the pizza arrived at 11, the kids had to be pried out of the gym to come and eat.  The cake was a huge hit and we had just enough- another worry.  Just before her friends headed home, I asked Sky if she liked her party and if it was what she had wanted and she said yes and gave me a big hug.  Mission accomplished! 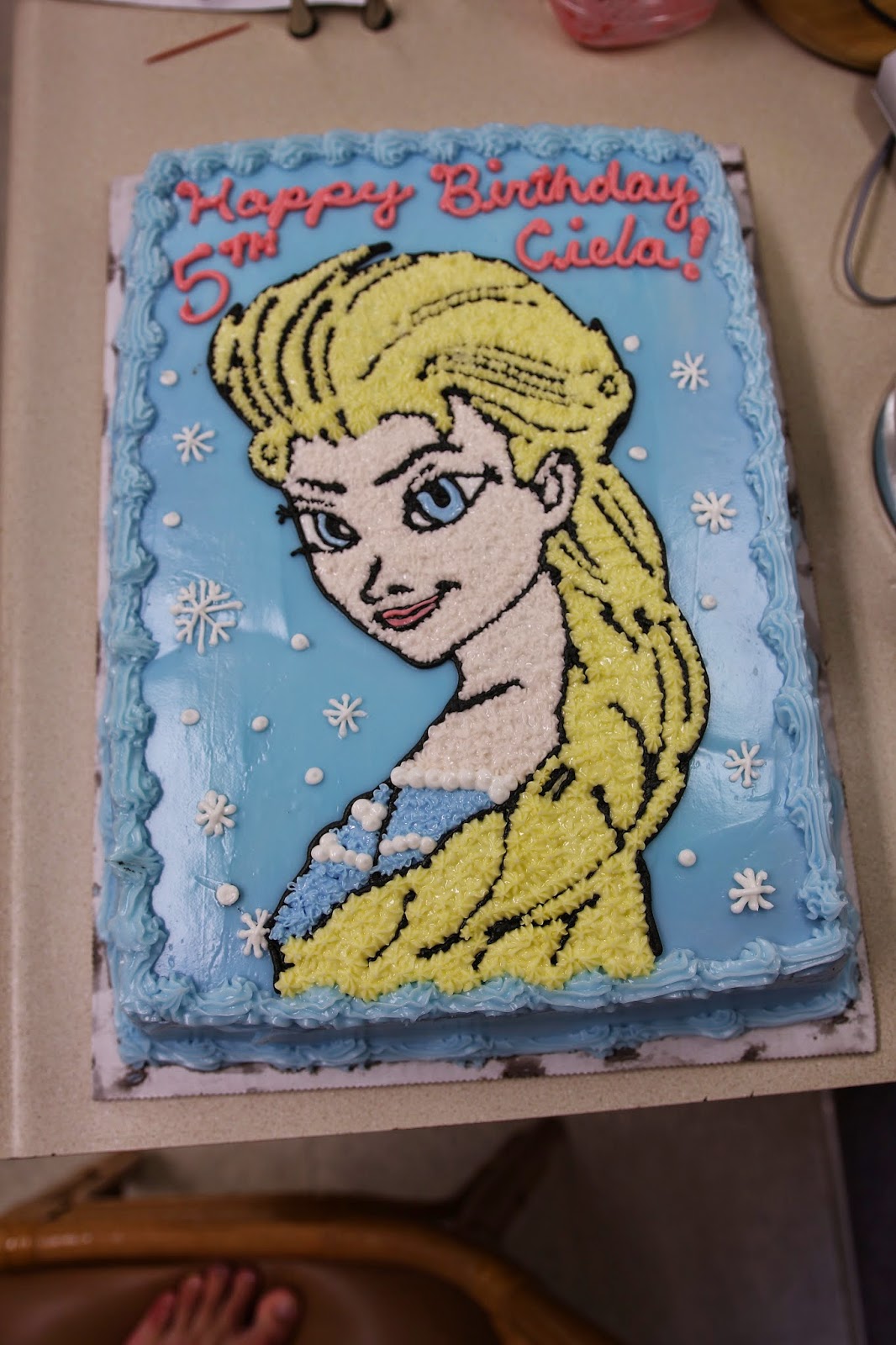 The cake.
The decorator did an amazing job﻿ and all the kids were drawn to this like flies when we brought it out.
Obstacle course bounce house action shots:﻿ 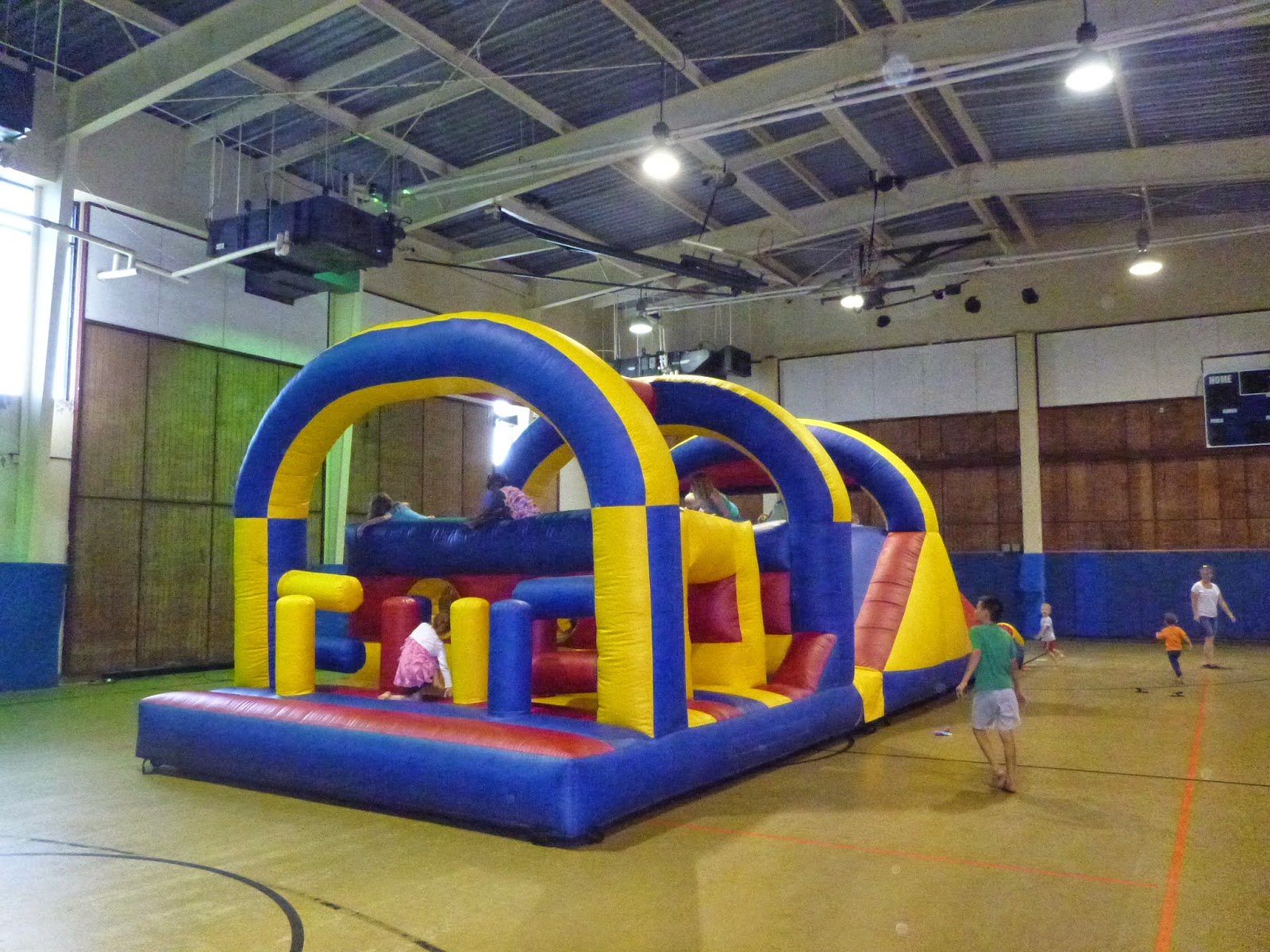 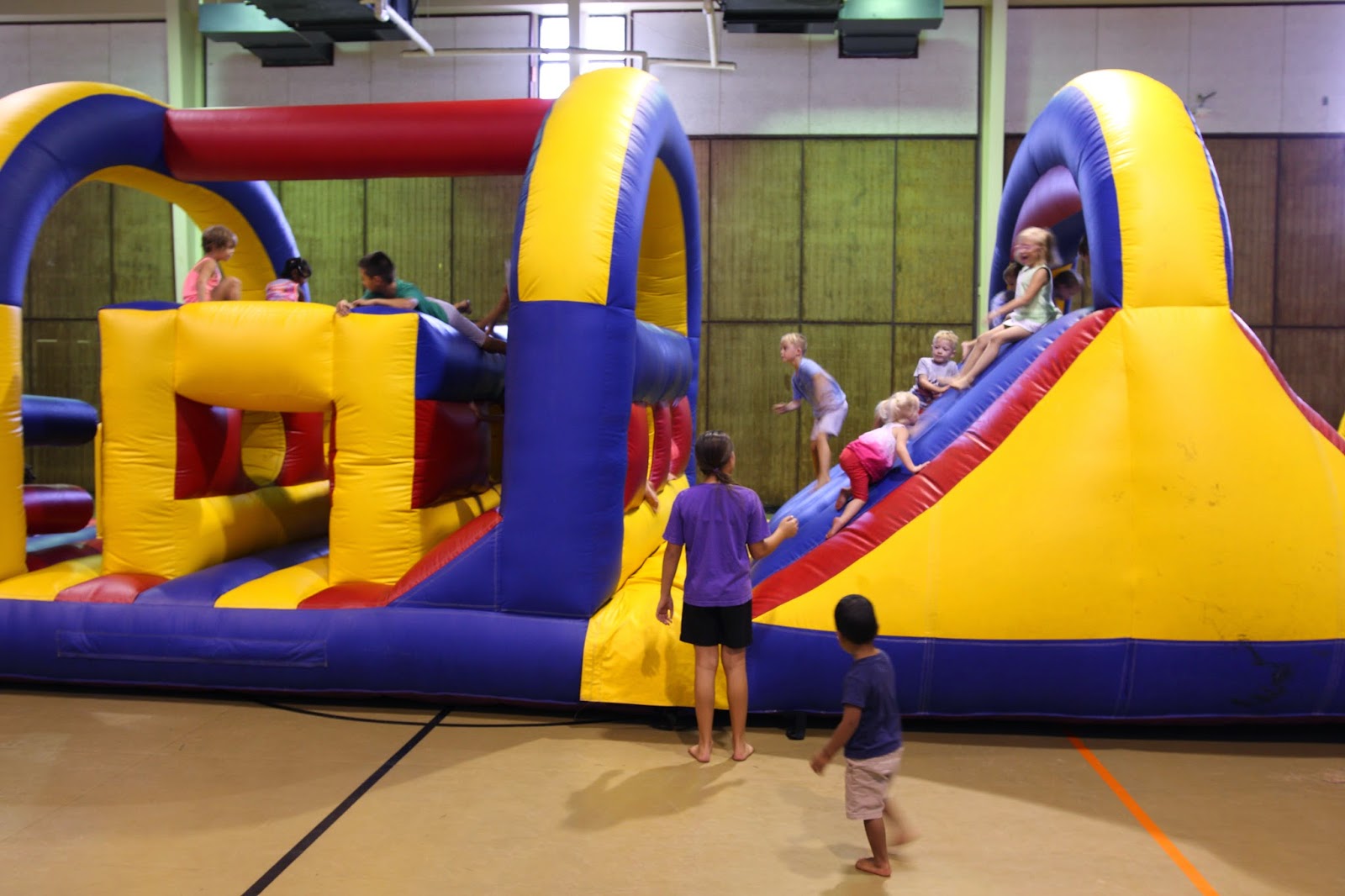 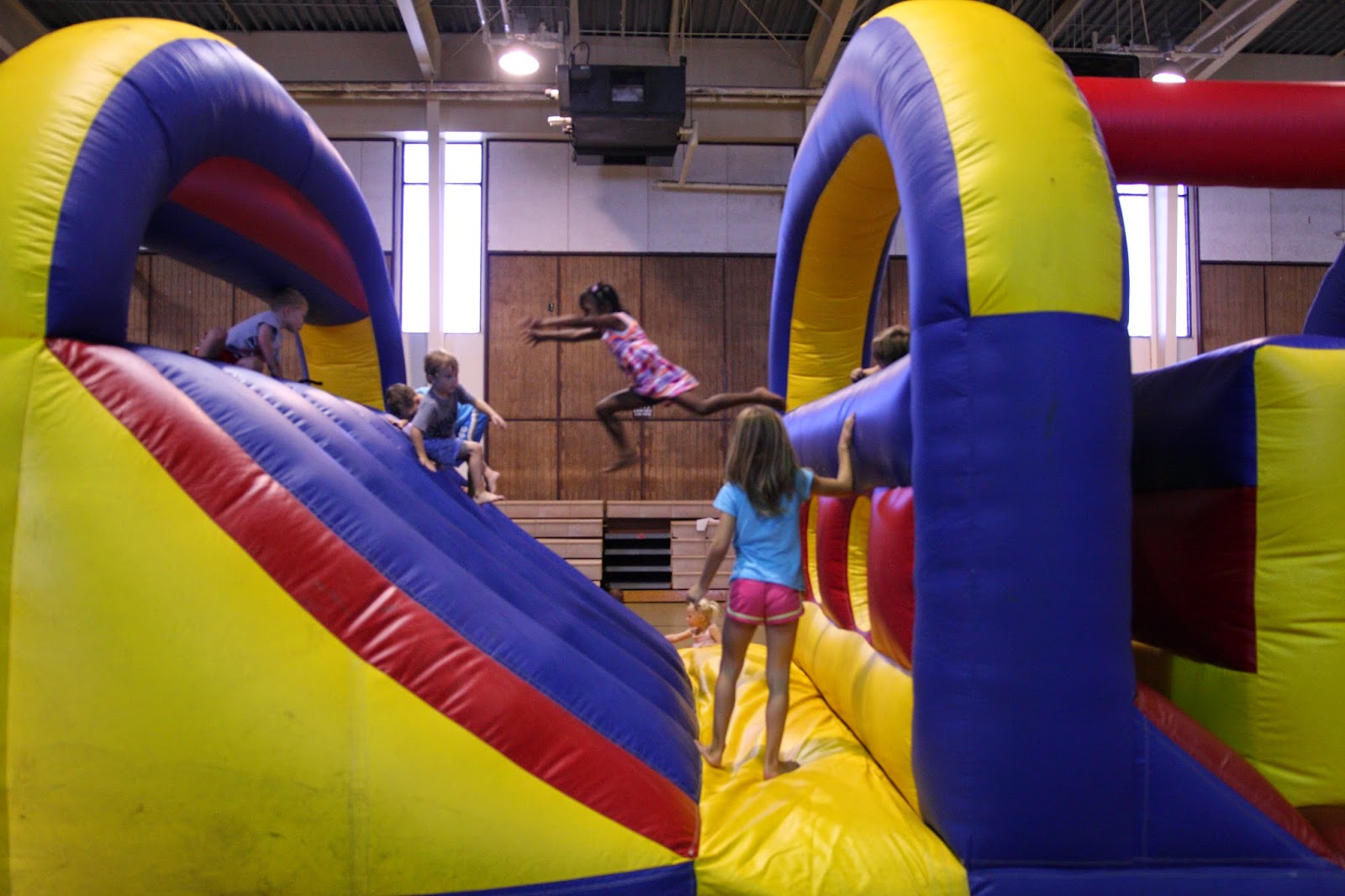 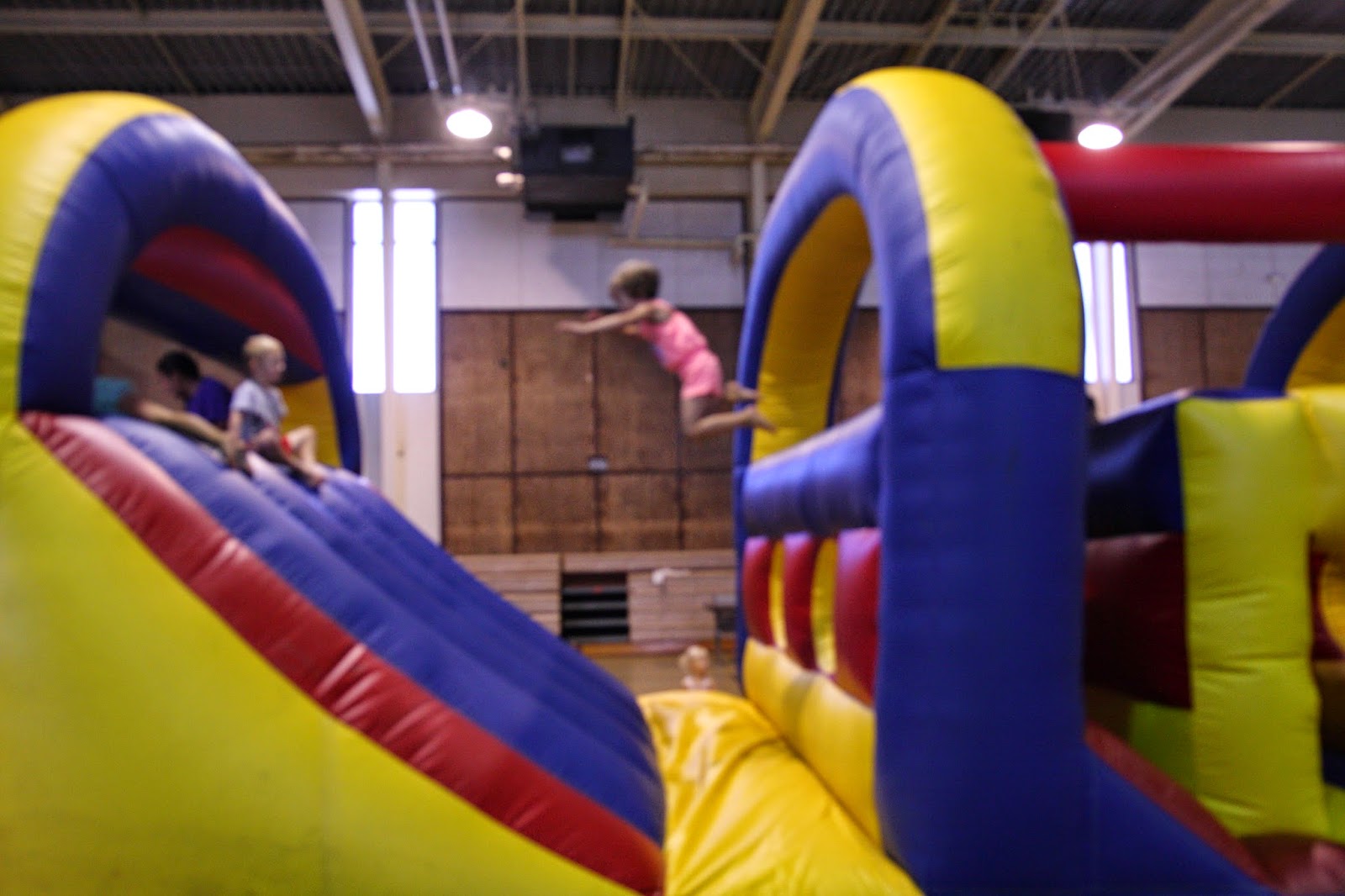 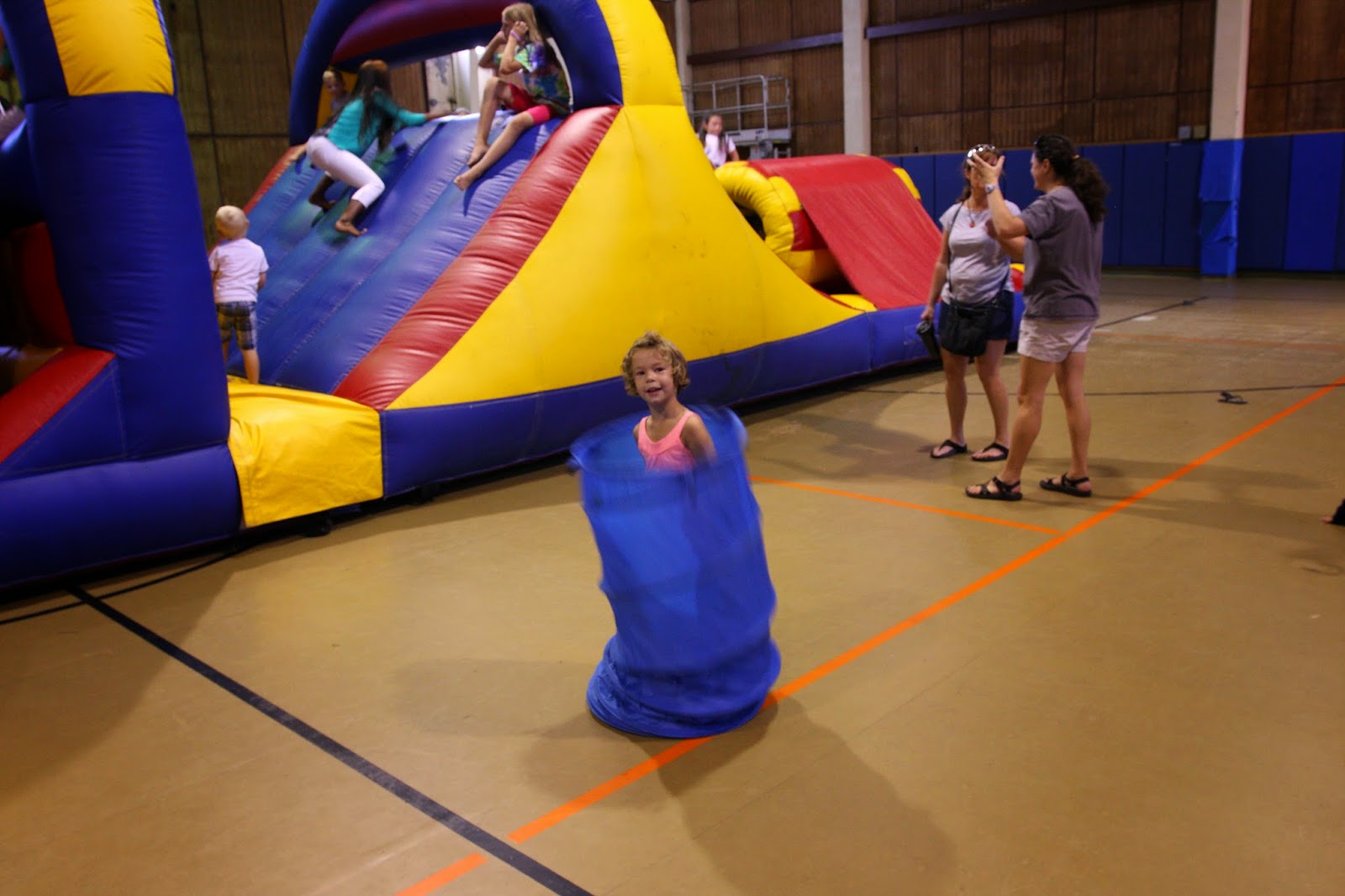 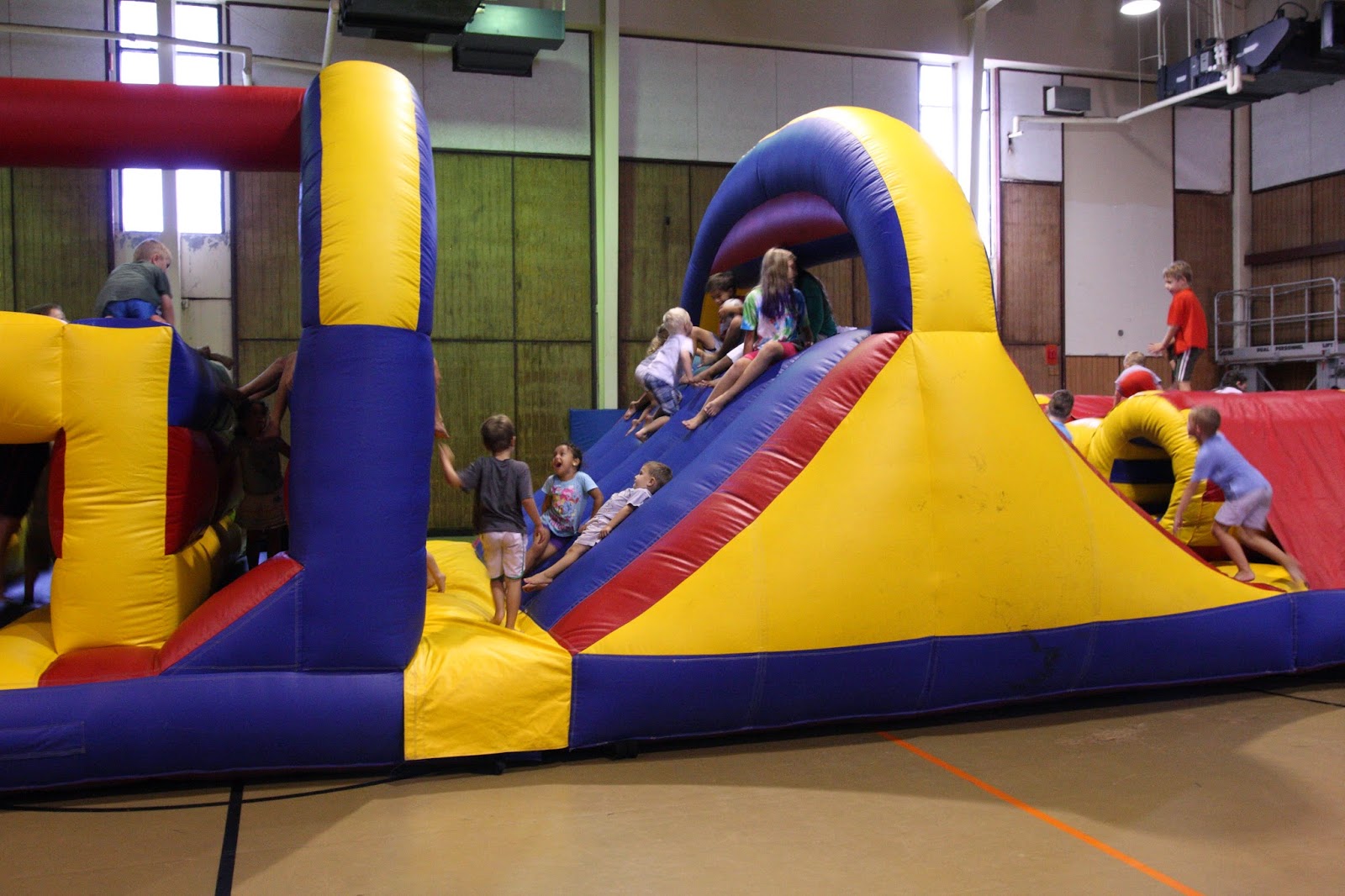 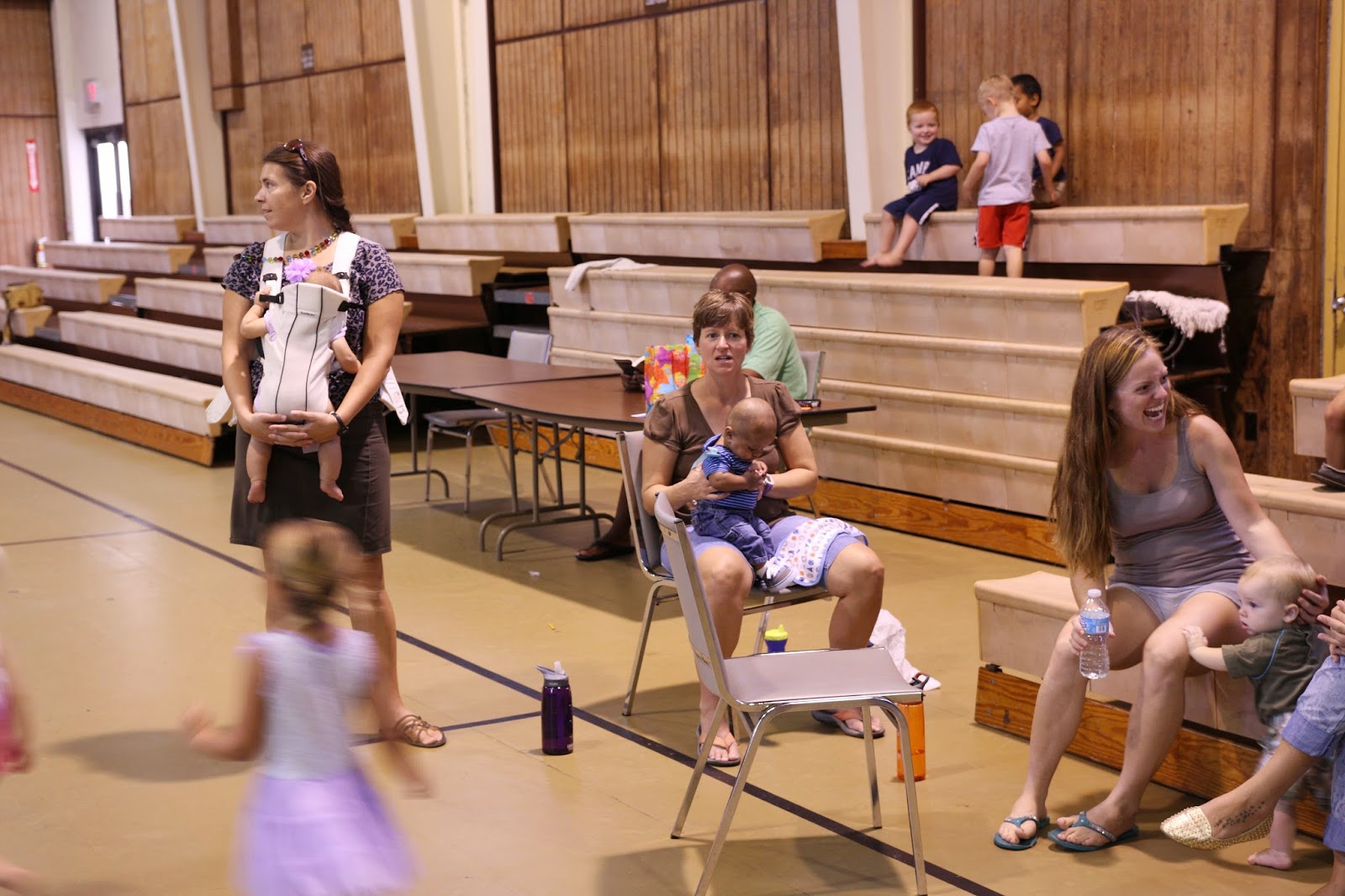 Now that we have three kids, I would be lost without friends to hold the baby for me when I need to take care of something!
We got Water all dressed up for his big sister's party
﻿ 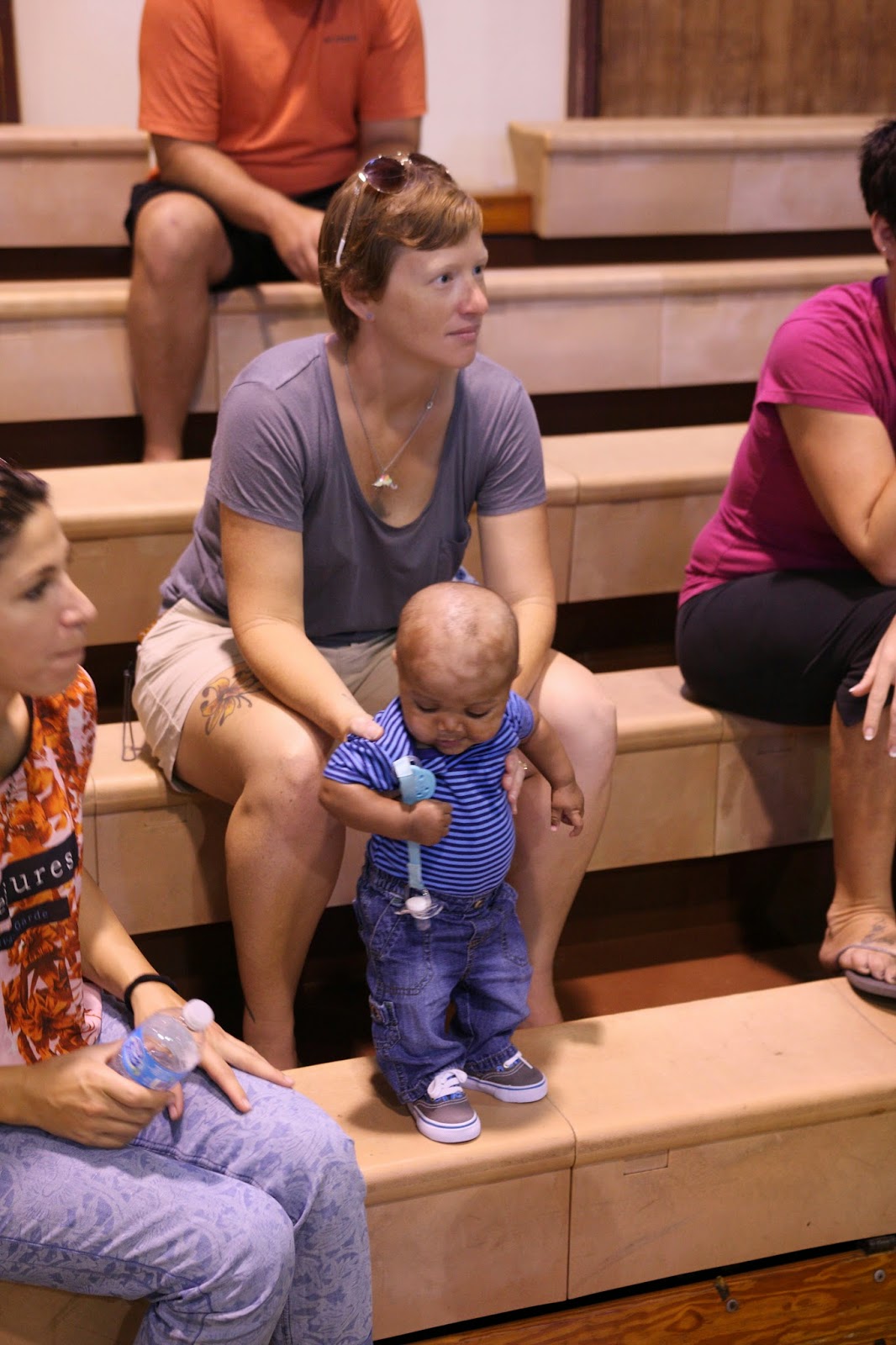 ﻿
Water and his godfather, Uncle Paul﻿ 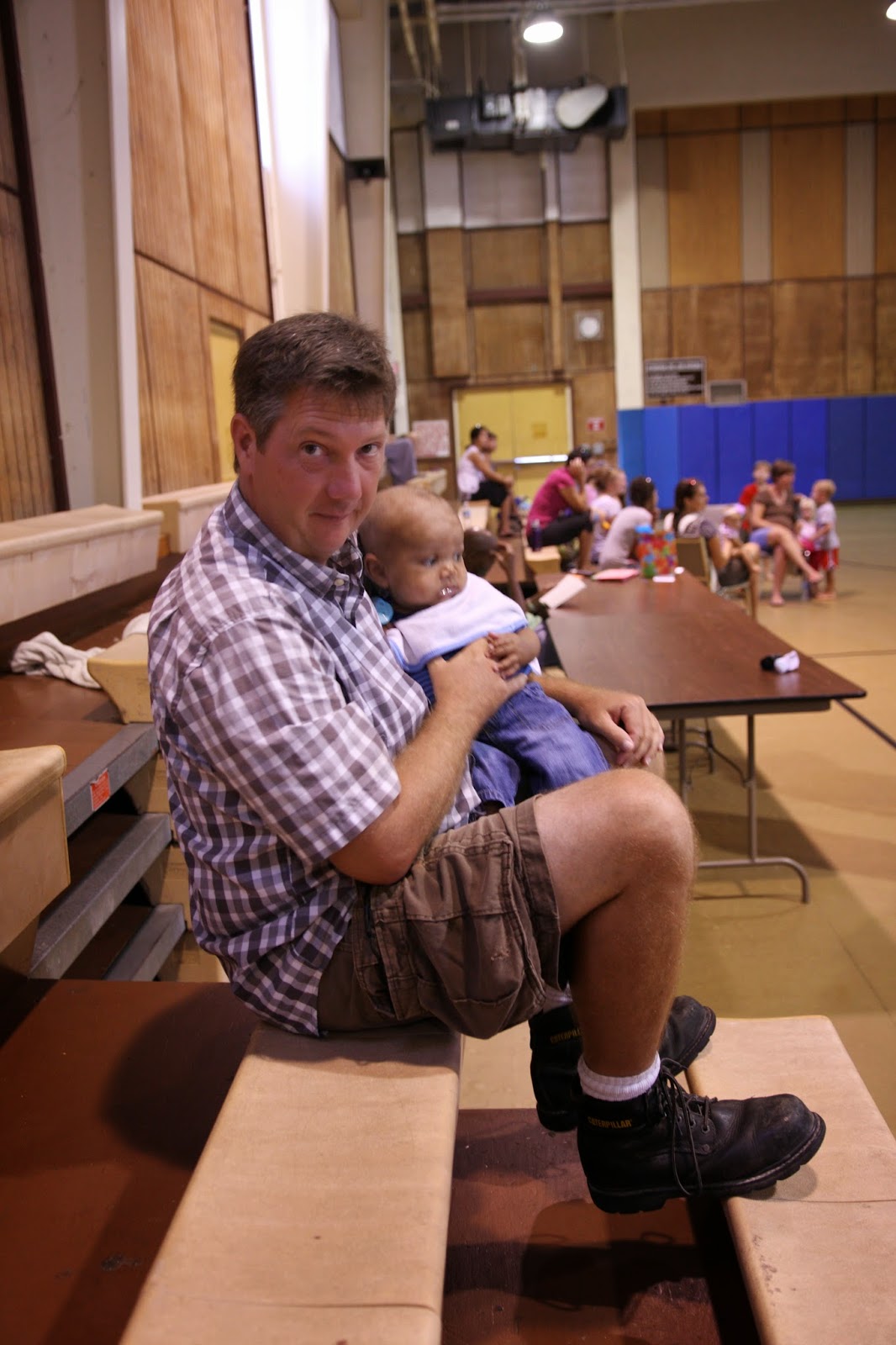 Just before the pizza arrived, Elsa showed up at the party.  Sky felt a little self-conscious since she was the only one in a costume but all the moms oohed and ahhed as she walked past and that cheered her up a bit. 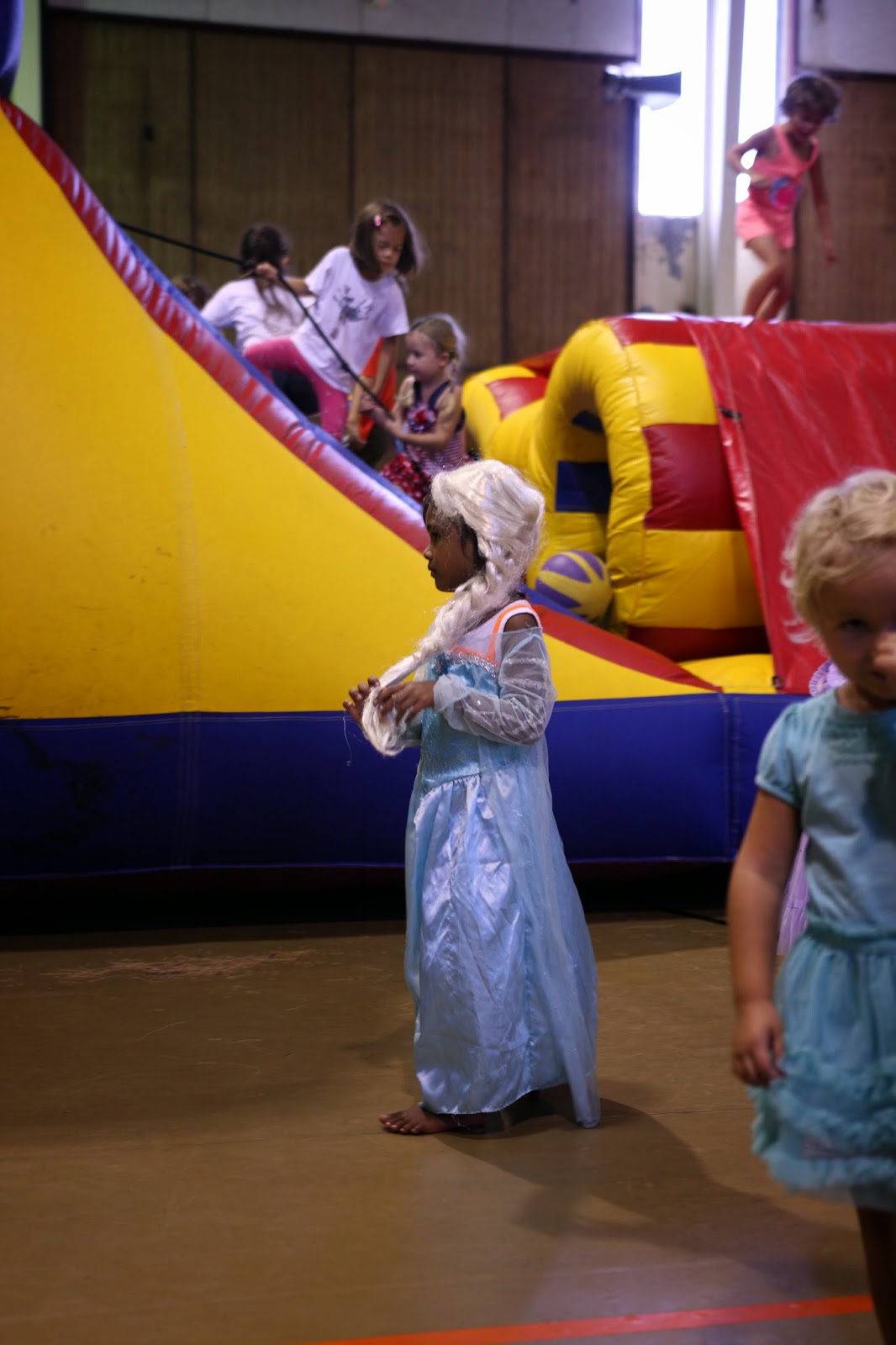 Me and my princess﻿ 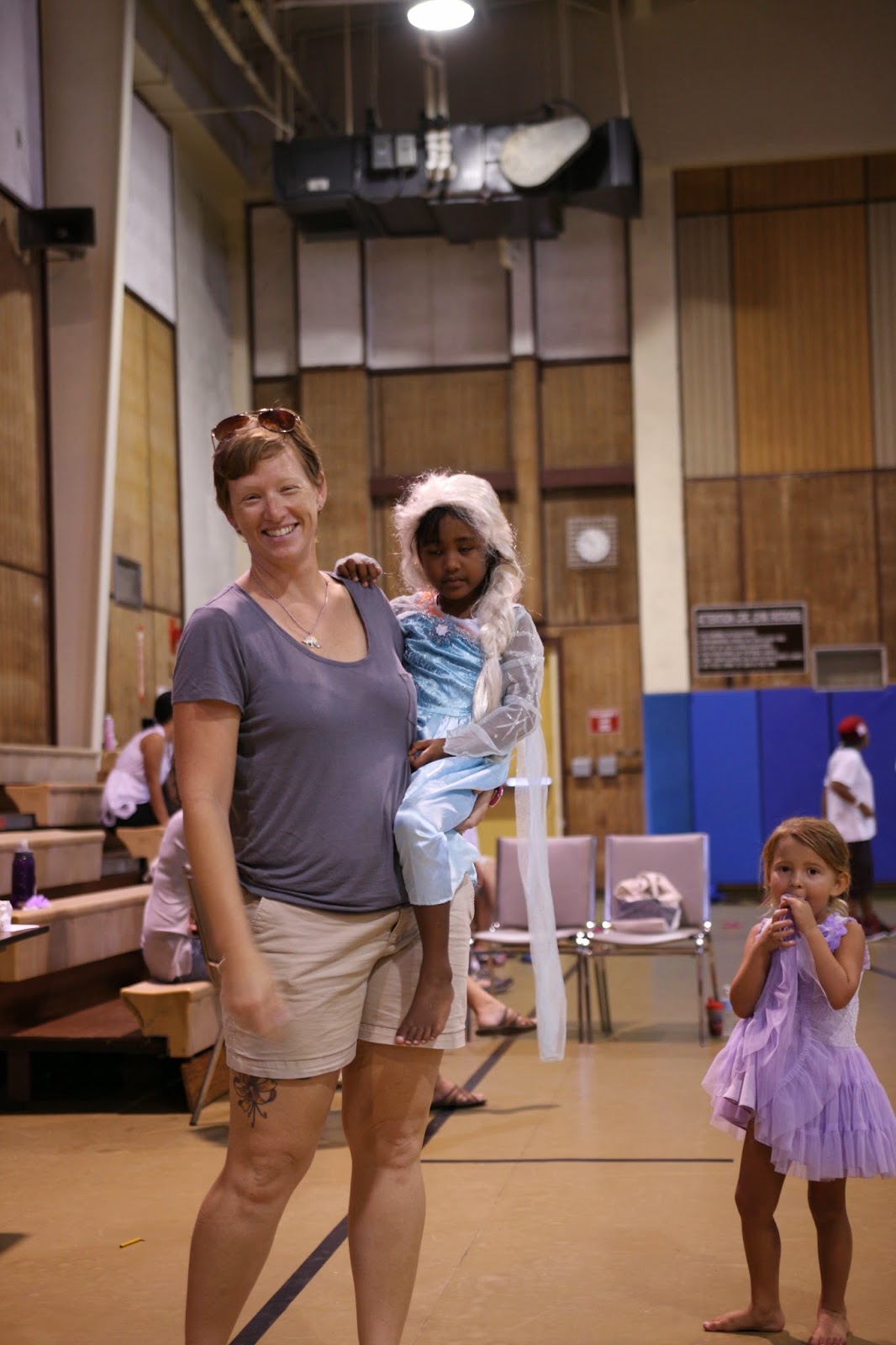 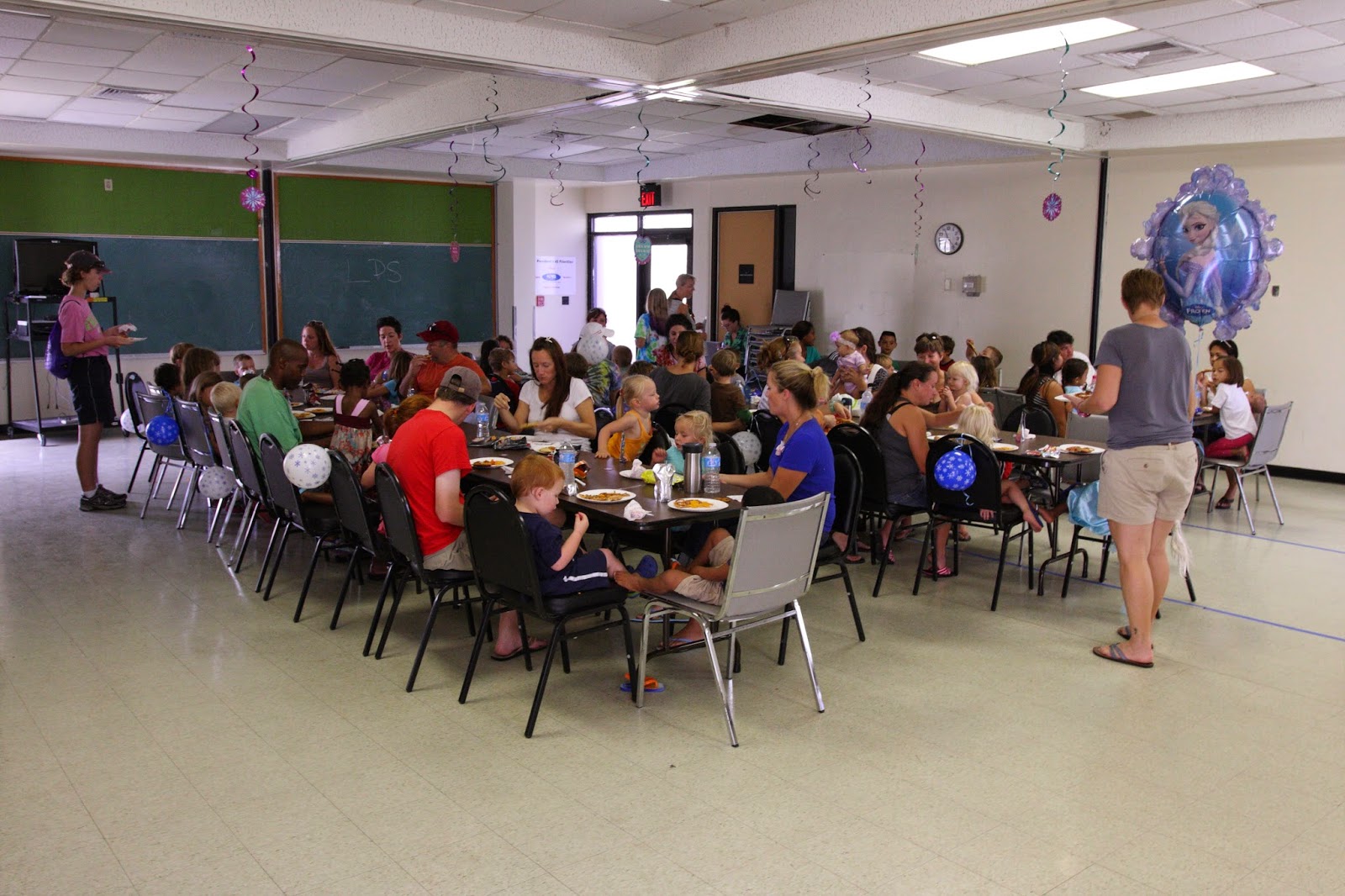 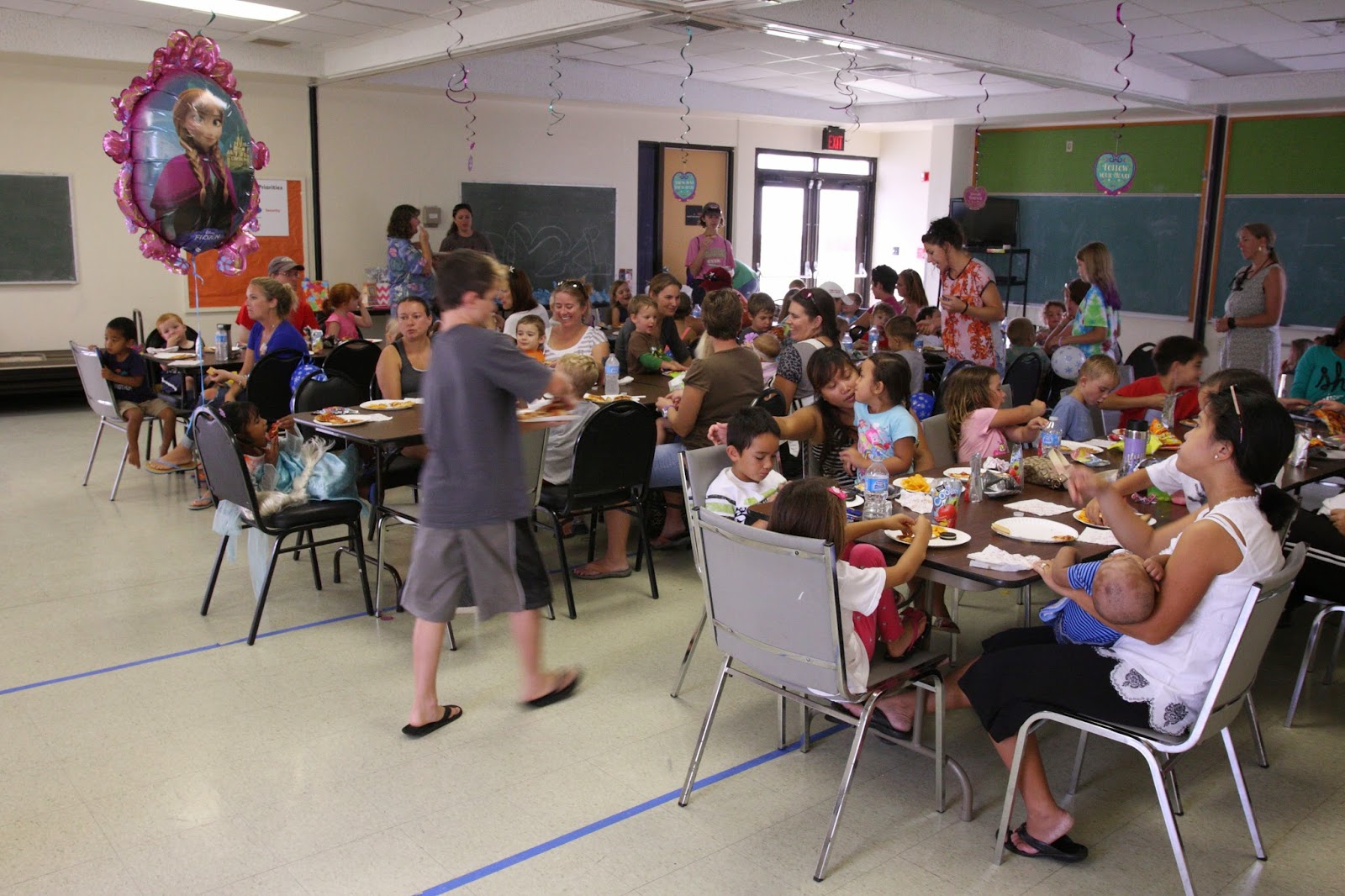 Ignore those cupcakes- don't even look at them.  Between being left on a hot dryer and then being turned upside in their box, they were destroyed.  ﻿ 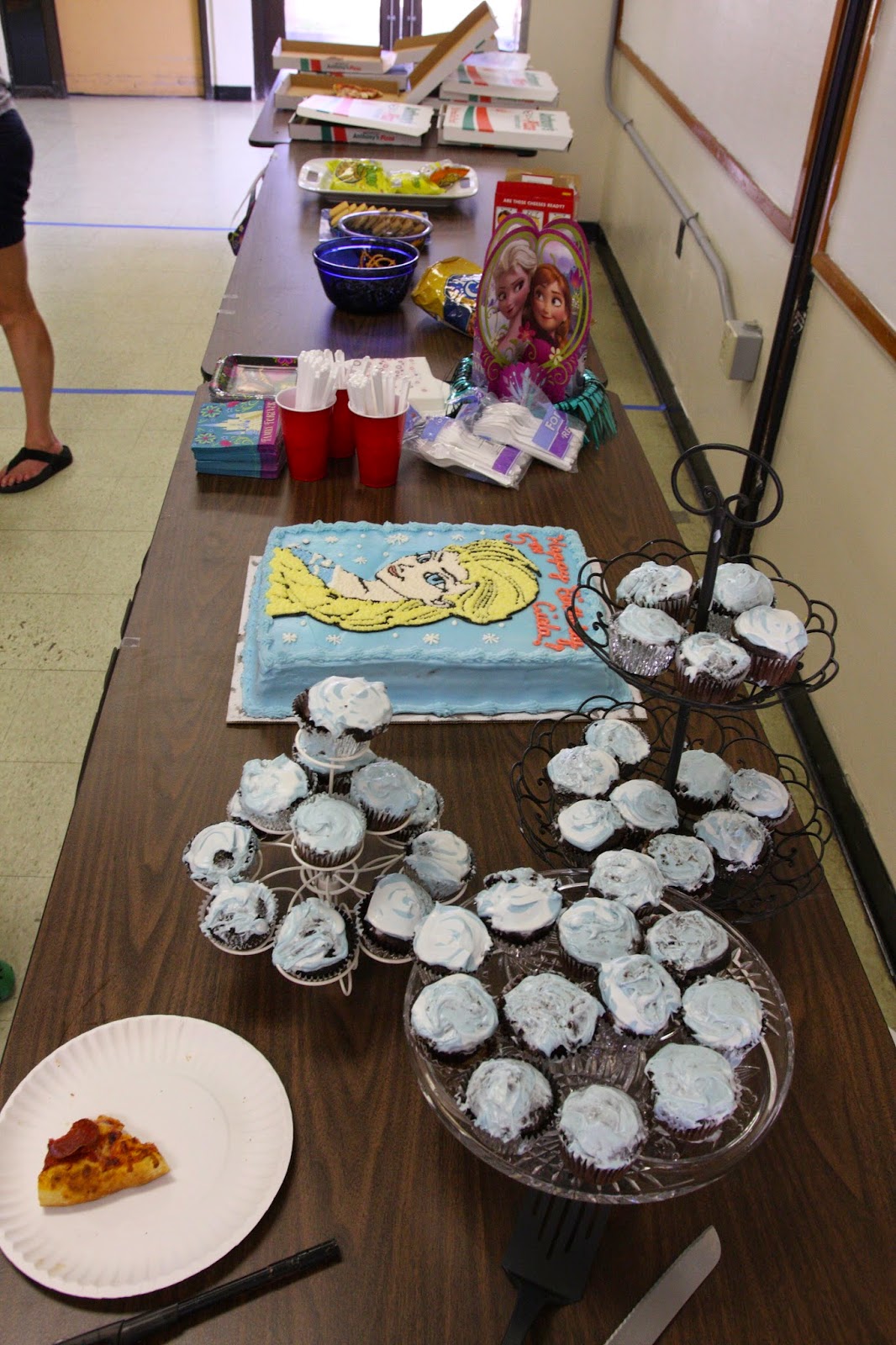 Singing to the birthday girl﻿ 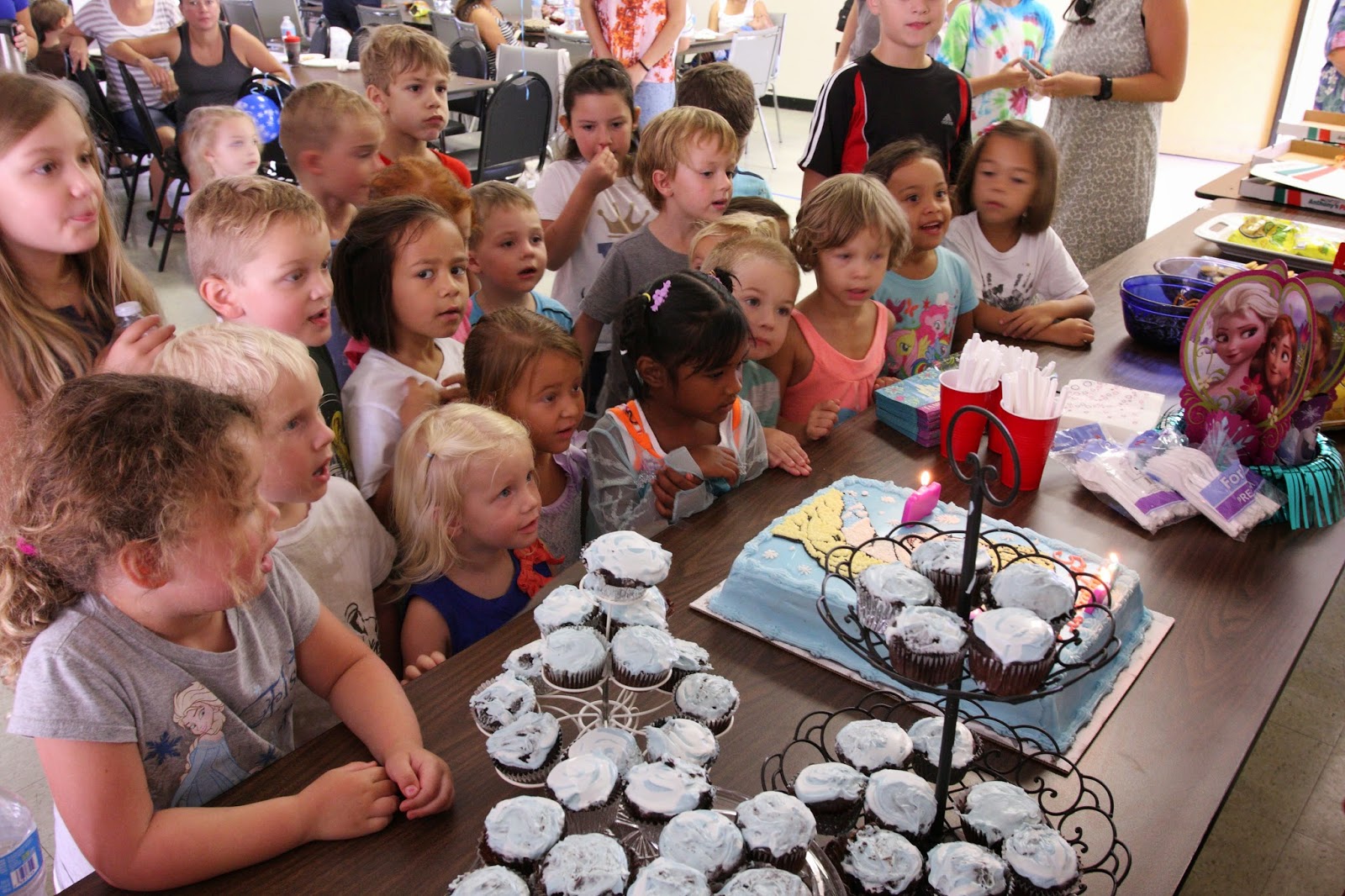 Another sweet friend holding Water for me
﻿ 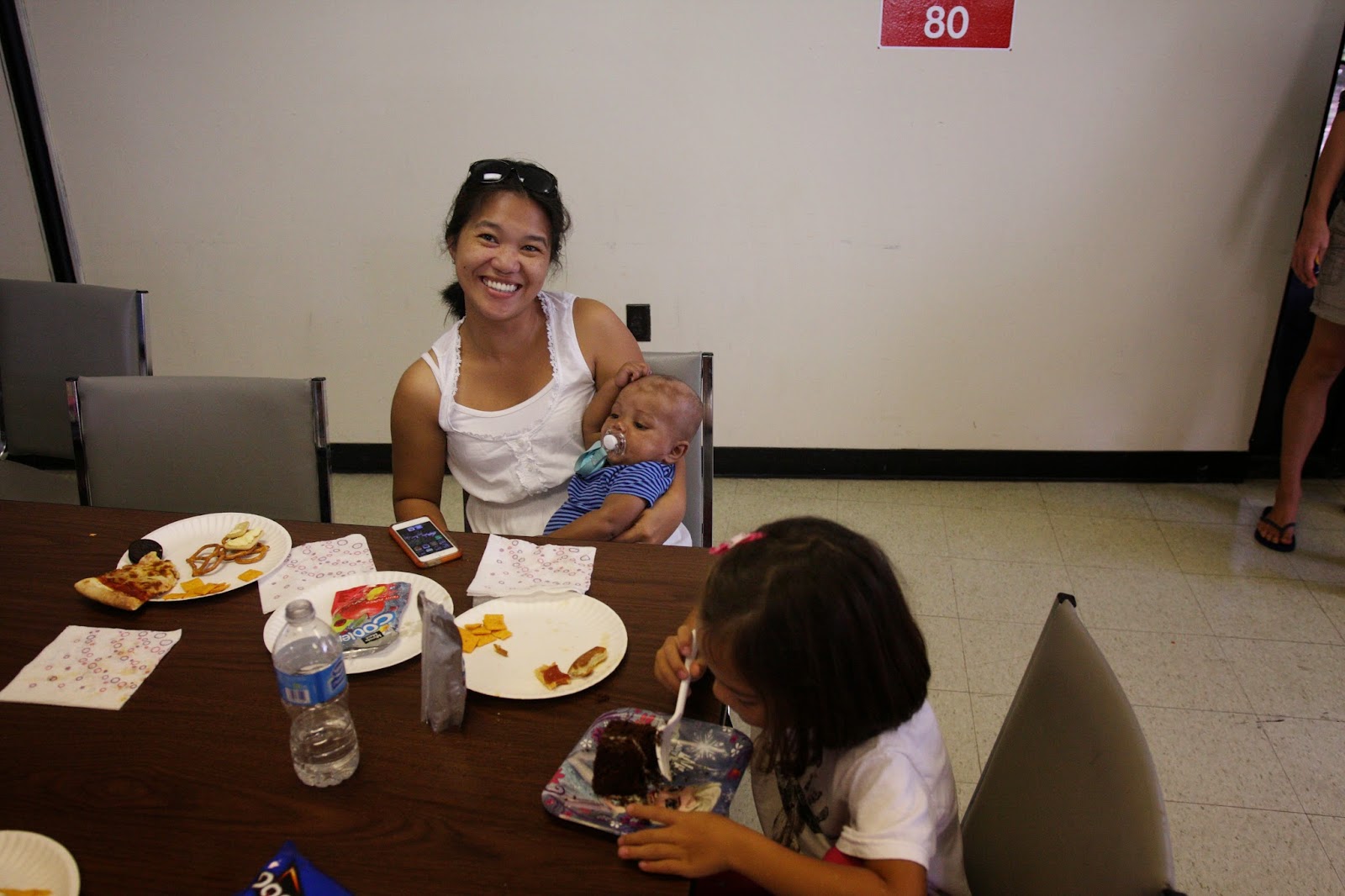 I had brought our copy of Frozen in case we needed another activity beside the bounce house but we only put it on to give the kids something to do while we cleaned up.  The perfect end to a great party.  ﻿ 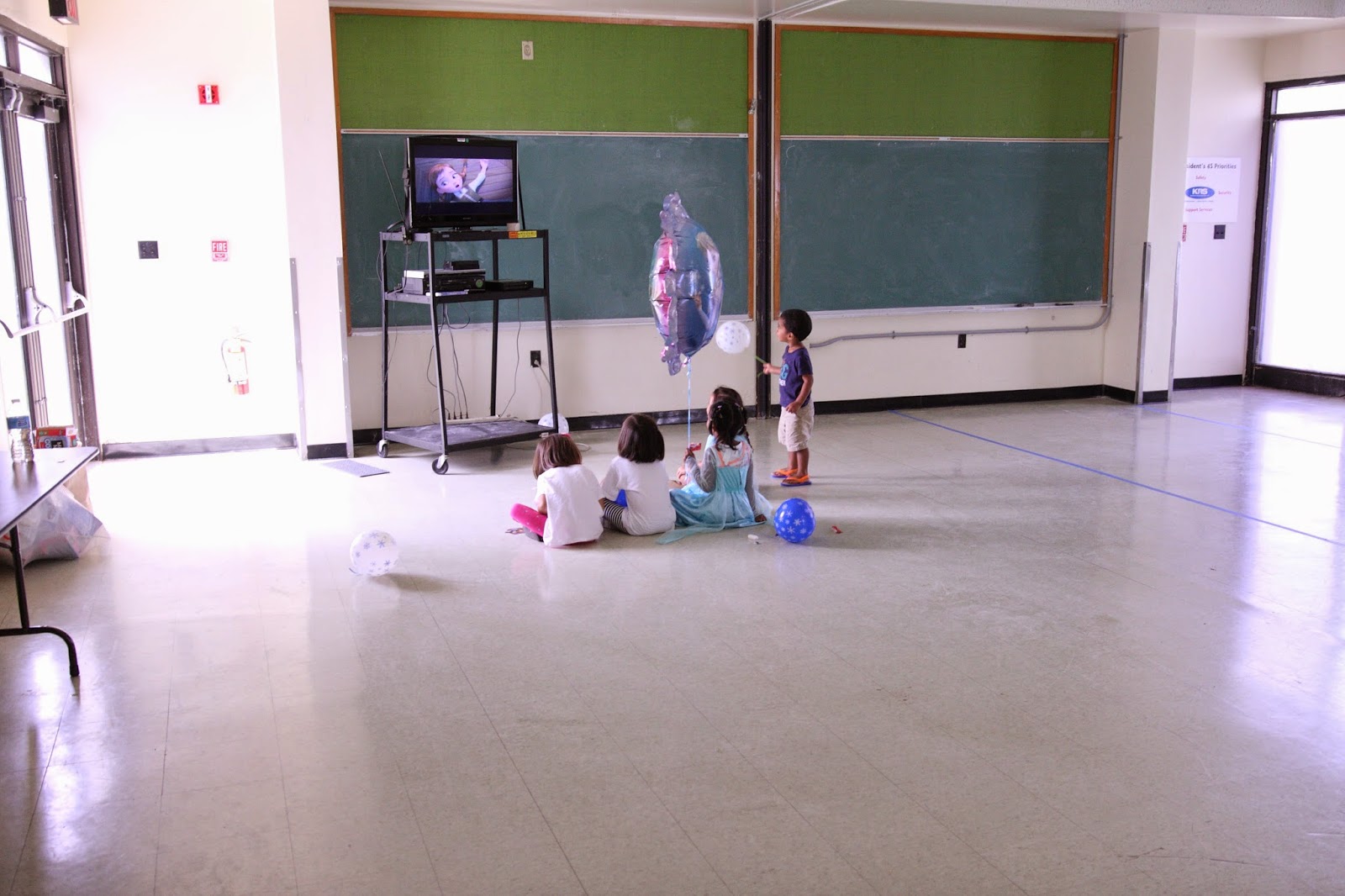 The three girls in the picture are some of Sky's favorite friends to play with and their moms graciously volunteered to help with clean up. This party wouldn't have gone as smoothly as it did, looked as nice as it did, or been as easy as it was without my friends.  Thanks a million to the wonderful ladies who helped make Sky's big day special for her!
Labels: Kwaj Sky