No Need to Call CPS, I Can Explain! 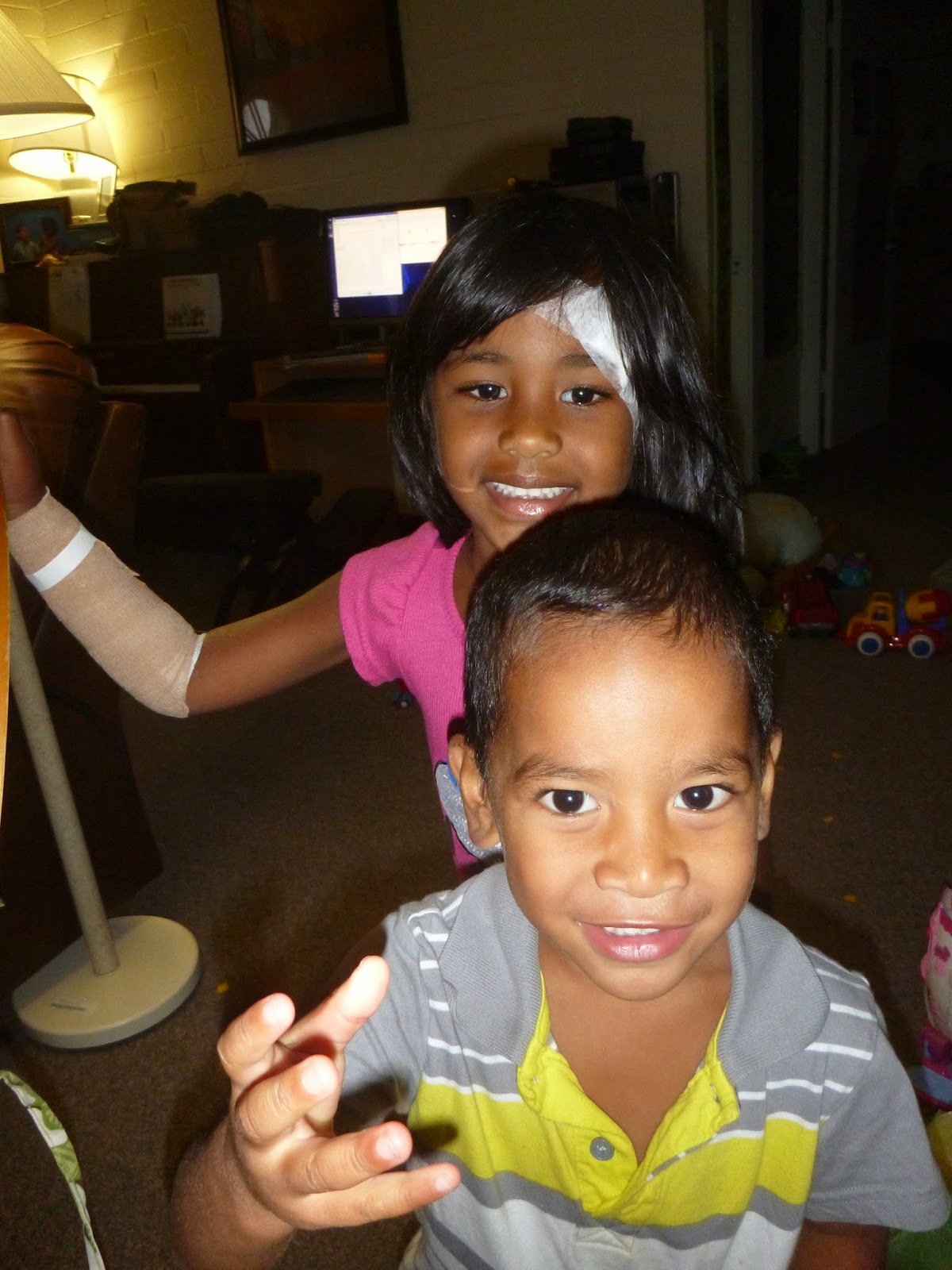 Look at this poor girl (getting photo-bombed by her brother)- stitches above her eye, scar next to her mouth, and a bandaged arm.
Sky's having a run of bad luck lately.  First she walked into a hot baking tray and burned her face, which she then scratched into a scar. Next she got stung by a bee and had a terrible local reaction that caused her arm to swell up to twice its normal size.  The bandage on her arm covers the hydrocortisone cream and keeps her from scratching at it.  The stitches happened just the other day when she cut herself making the bed.  Don't ask me how because I don't know- she was making the bed, there was an open drawer on the dresser, and suddenly she has a bleeding dent in her head.  Three stitches later and the poor thing is starting to look like CPS needs to start monitoring us.﻿
Labels: Sky