I did buy a really nice Advent calendar when we were in America earlier this year but it was too big to pack so it was added to the my poor mother-in-law's "to mail" pile.  Because of it's odd size, she hadn't been able to fit it in until recently.  I'm guessing it's on it's way but Advent has already started and since Sky is old enough this year to understand what Christmas is really about, I wanted to have a Advent calendar for her.
Since you can't buy Advent calendars here, I had to get creative.  It took some brainstorming but I finally came up with something that will work for us using some free nativity scene printouts from DLTK, the ornaments from Taro Gomi's fabulous book Play All Day, 24 envelopes, some string, tacks, and our chalkboard. 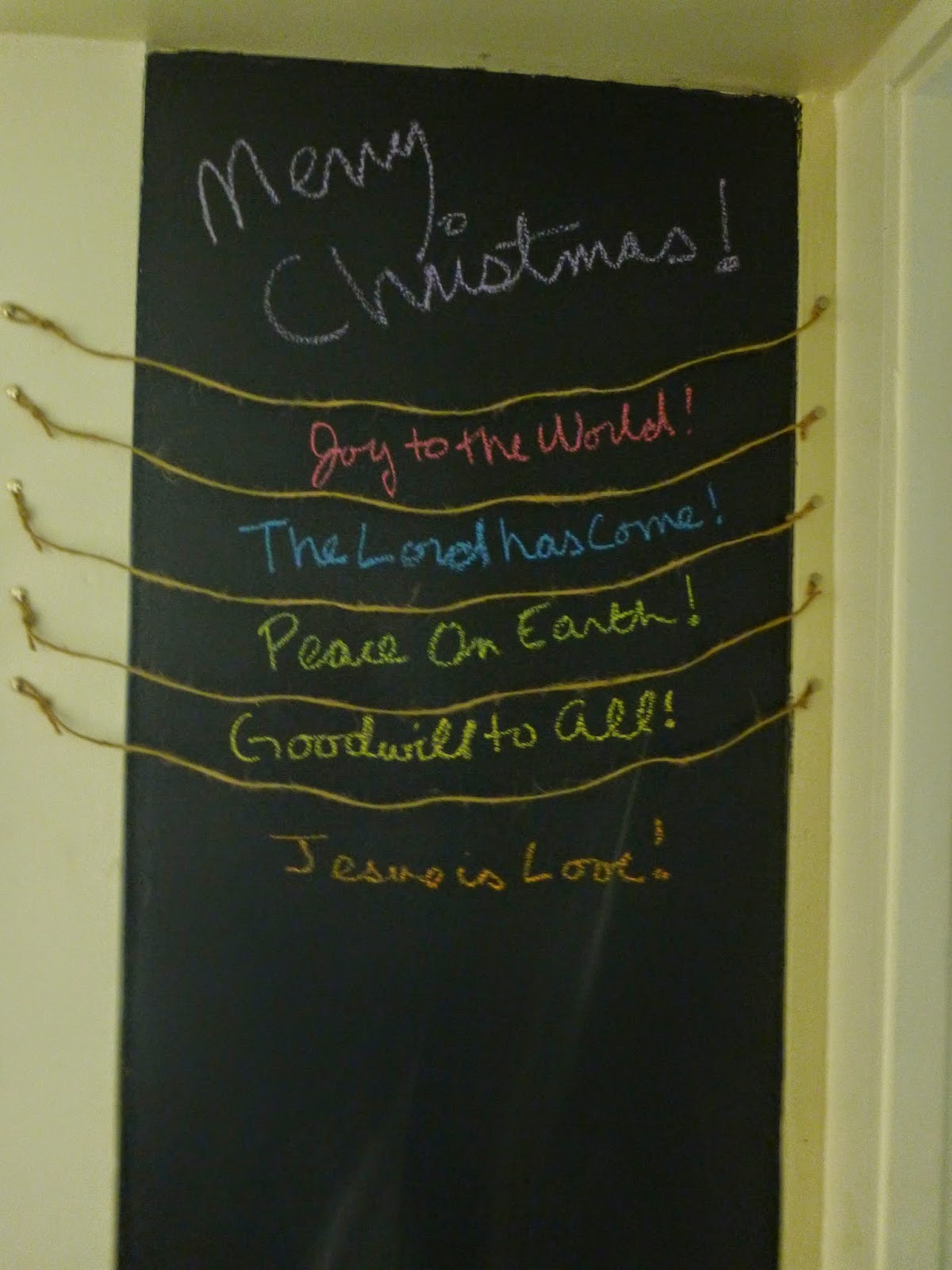 I wanted to have something fun under each row of envelopes so I wrote a little Christmas phrase on each line. 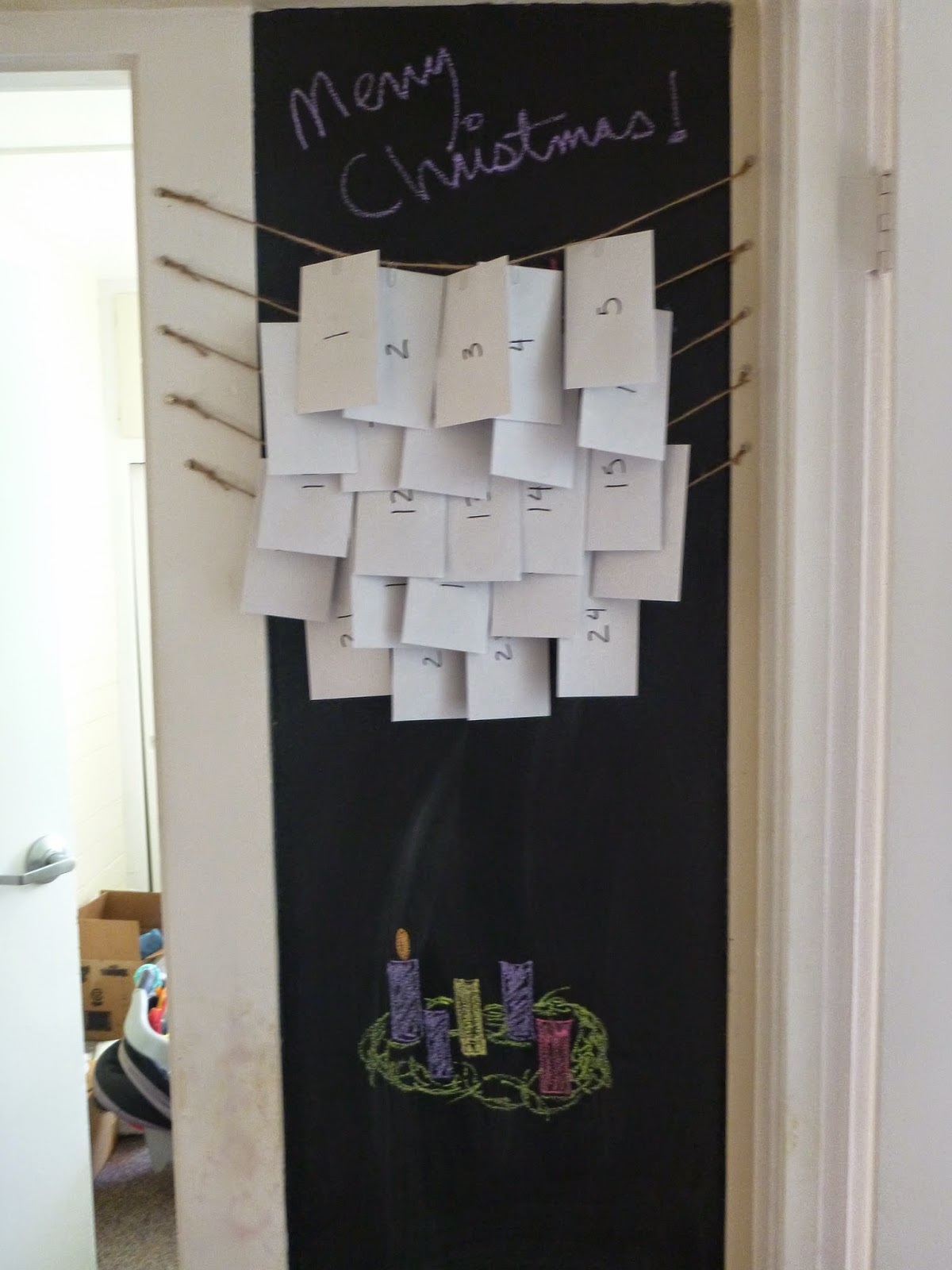 The finished product, waiting for the kids to get home from school.  We don't have an Advent wreath at home so I drew on one the board as well.
﻿
﻿ 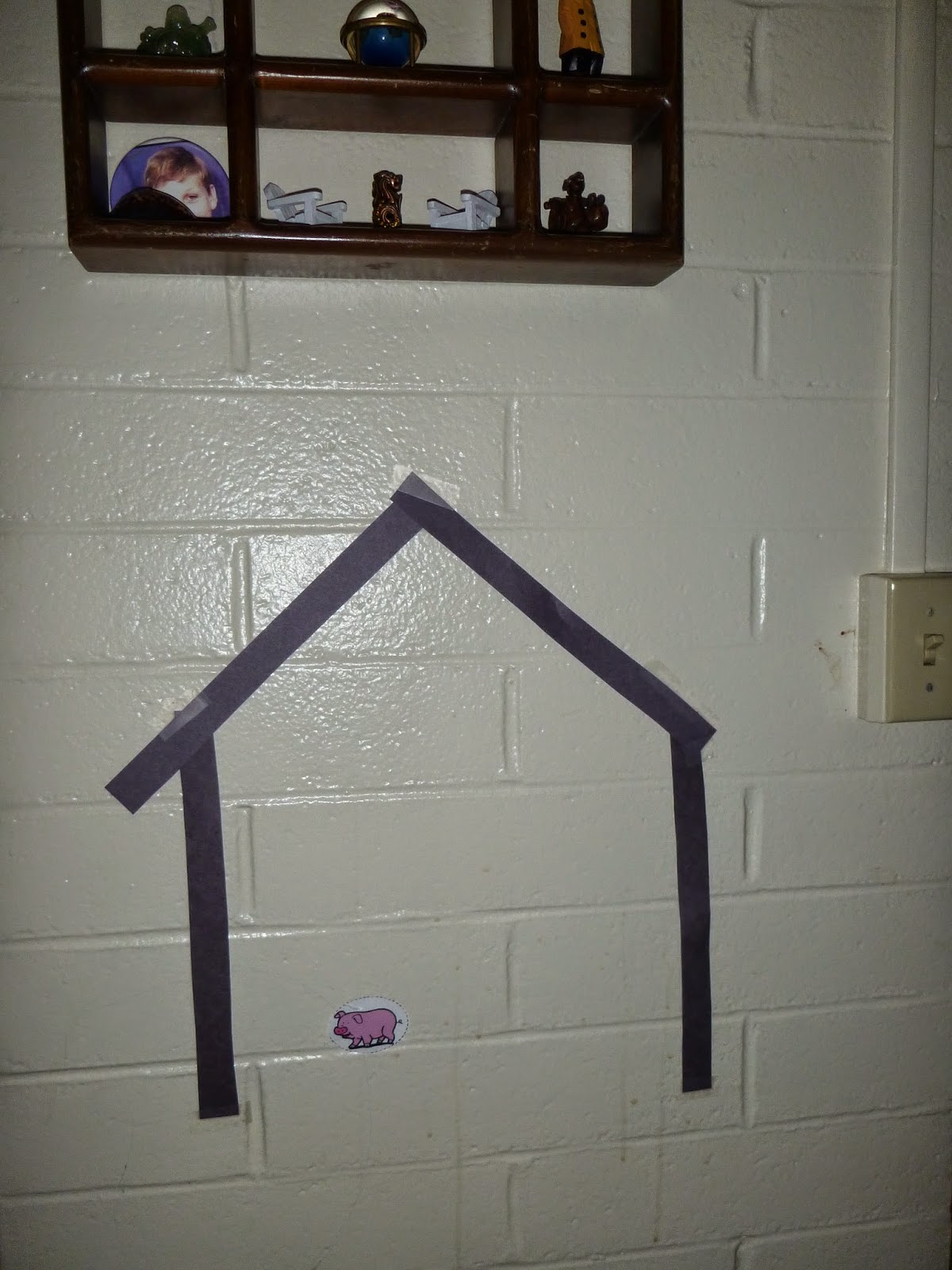 The first envelope had a card in it that said, "build a stable".  Sky and Fire helped tape up the walls and roof of the stable and we talked about where Jesus was born and why. Each odd numbered envelope has a character from the nativity scene in it, so when Sky opened #3, she found a pig to add to our stable. 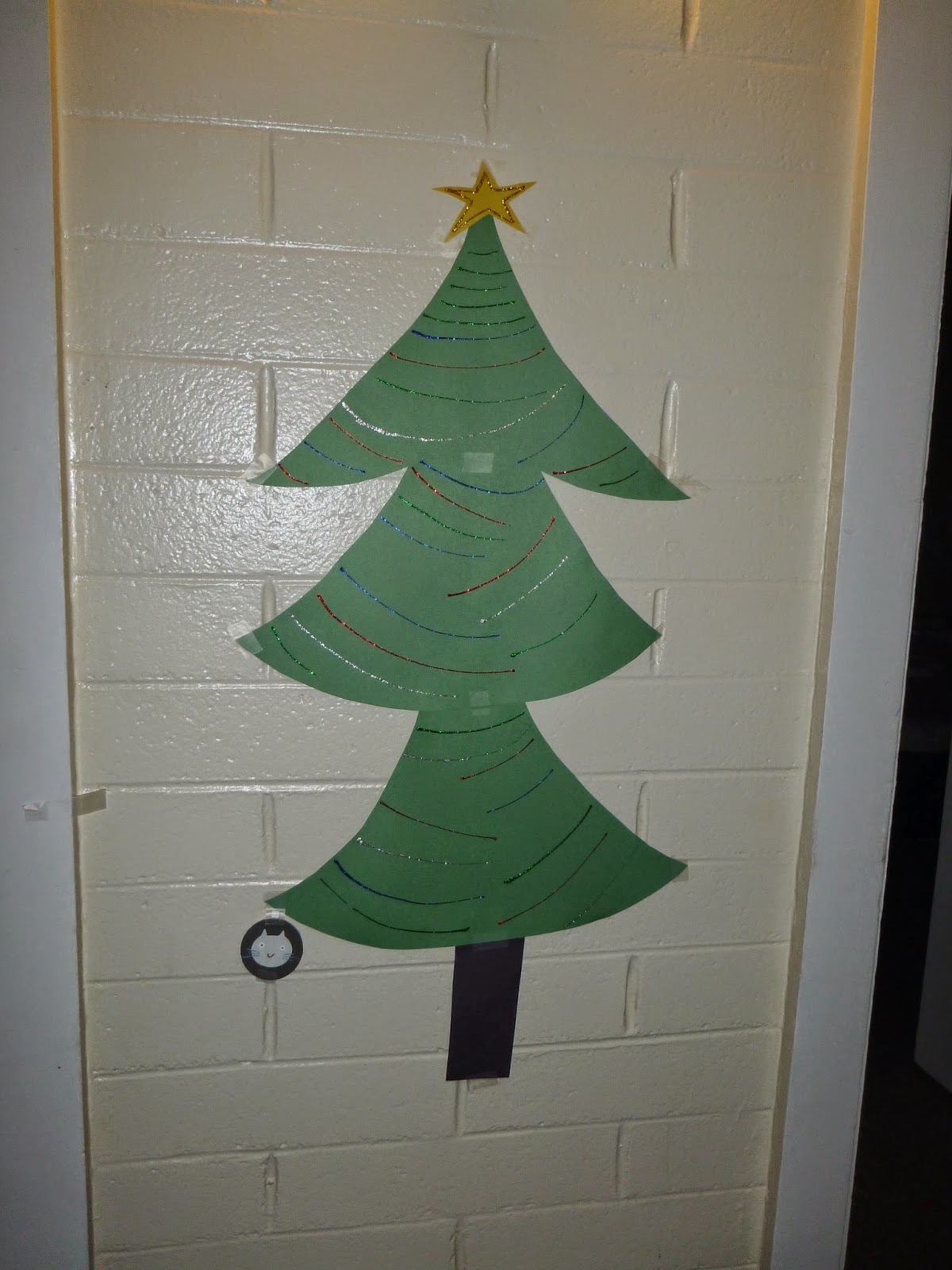 The second envelope told the kids to build a Christmas tree.  We'll have a big one in the front room but I wanted the kids to have something fun just for them.  Every even numbered envelope has an ornament from Play All Day in it.  Fire got to hang the first one.
﻿ 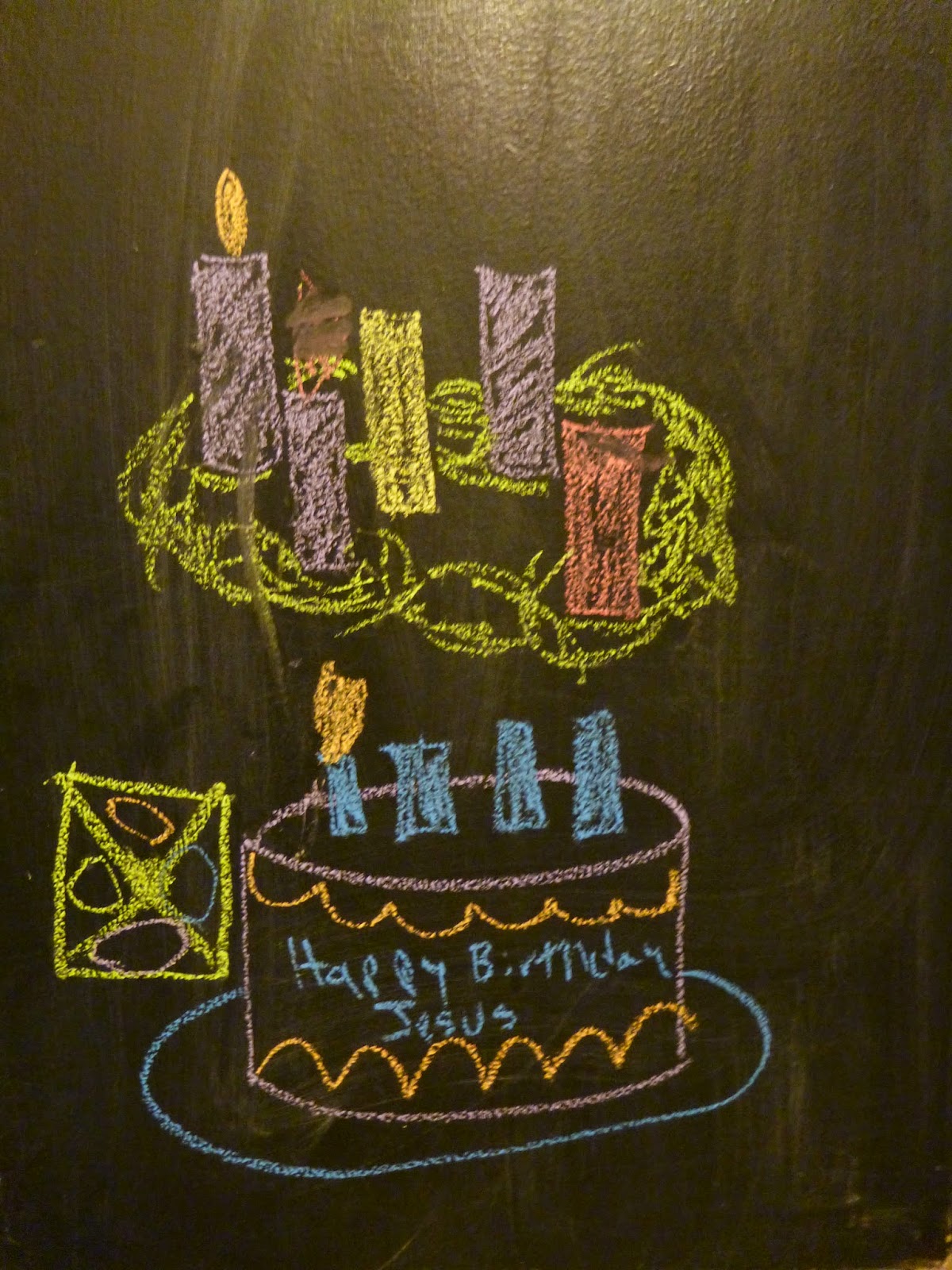 Sky didn't think my Advent wreath was enough celebration for Jesus' birthday so she had me draw a birthday cake for him.  She added the candles and made Him a birthday card.  Is your heart melting? Mine is...﻿
Labels: Family Kwaj