We kept Easter pretty low-key at our house.  Sky is still too young to really understand any of it but I explained as much as I could.  We went to a sunrise service at the beach which was really nice.  There were three baptisms afterword in the lagoon and then we had potluck breakfast.  David and I set up a little egg hunt for Sky at the house after church and she had fun finding and opening the eggs but because she started acting out and not listening, she didn't get to eat any of her candy that day.   I ended up taking her to the park for an hour before her nap so she could run off some steam because she was ricocheting around the house like a pinball.
That afternoon I took Sky to the community Easter egg hunt, to get her out of the house bit (hoping it would distract her from that acting out that I mentioned earlier).  There was just enough activity to keep her distracted.  She wasn't very interested in picking up eggs from the field but she managed to get a few with candy and a few with prizes.  After the egg hunt, I took her over to see the Easter Bunny, who terrified her.  When we got to the front of the line and she got a good look at him, she screamed and grabbed my leg and refused to let go!
On Monday, I rode my racing bike and David ran (we're training for a triathlon) and we spent the rest of the morning hanging around the house-or in Sky's case, in time-out for not listening.  We headed to the beach after Sky's nap to meet our friend Neil.  Sky had fun riding on David's back and playing in the sand while we relaxed in the sun.
That night we had some friends over for dinner.  David made a curry and they brought salad and margaritas.  We talked and talked.  It was a wonderful way to end the weekend.


The only pictures I took were of the community Easter egg hunt.  Sky wasn't sure what to make of the whole thing but she loved her new dress (size 3T already!) and had fun seeing her friends from school. 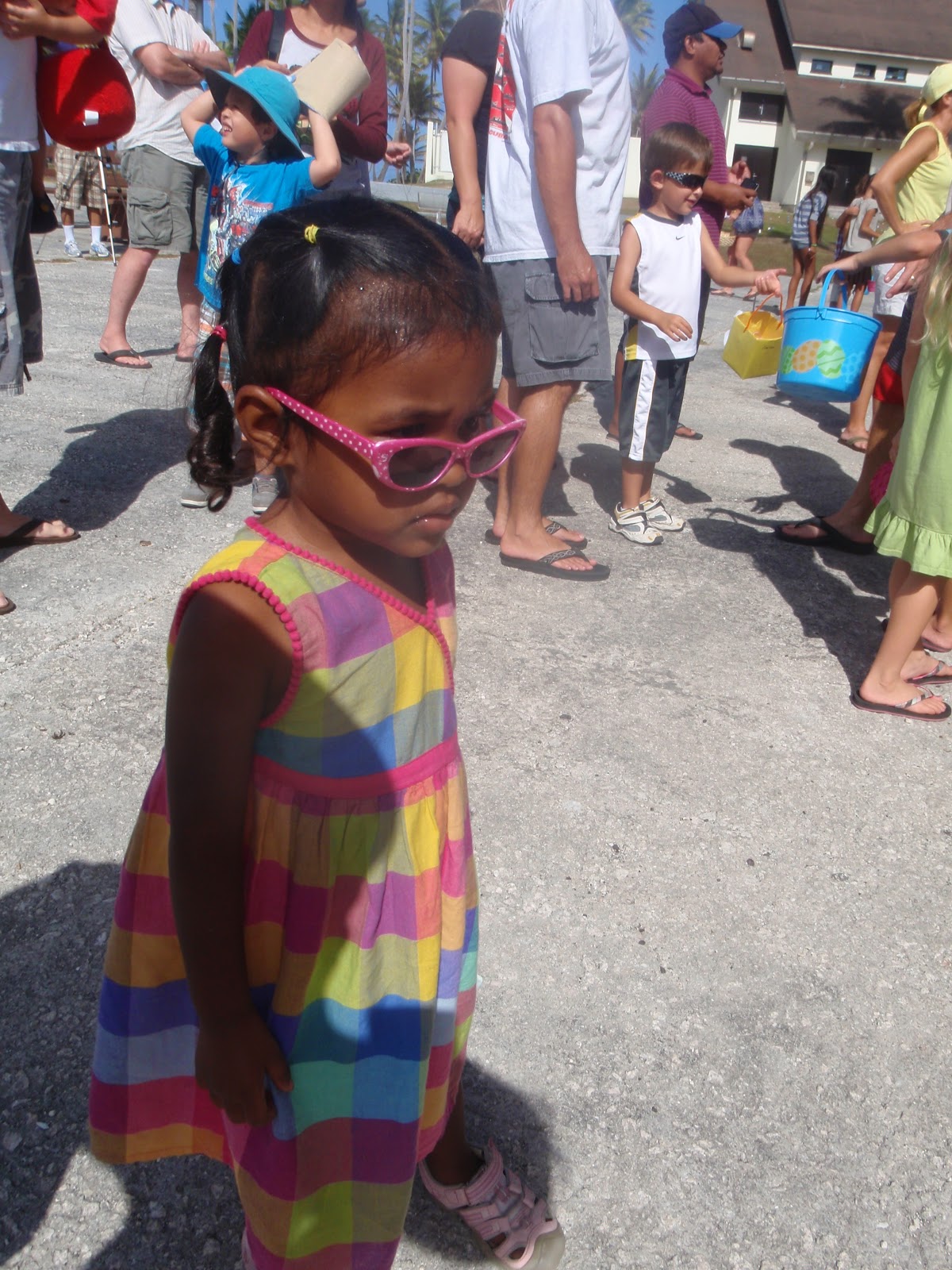 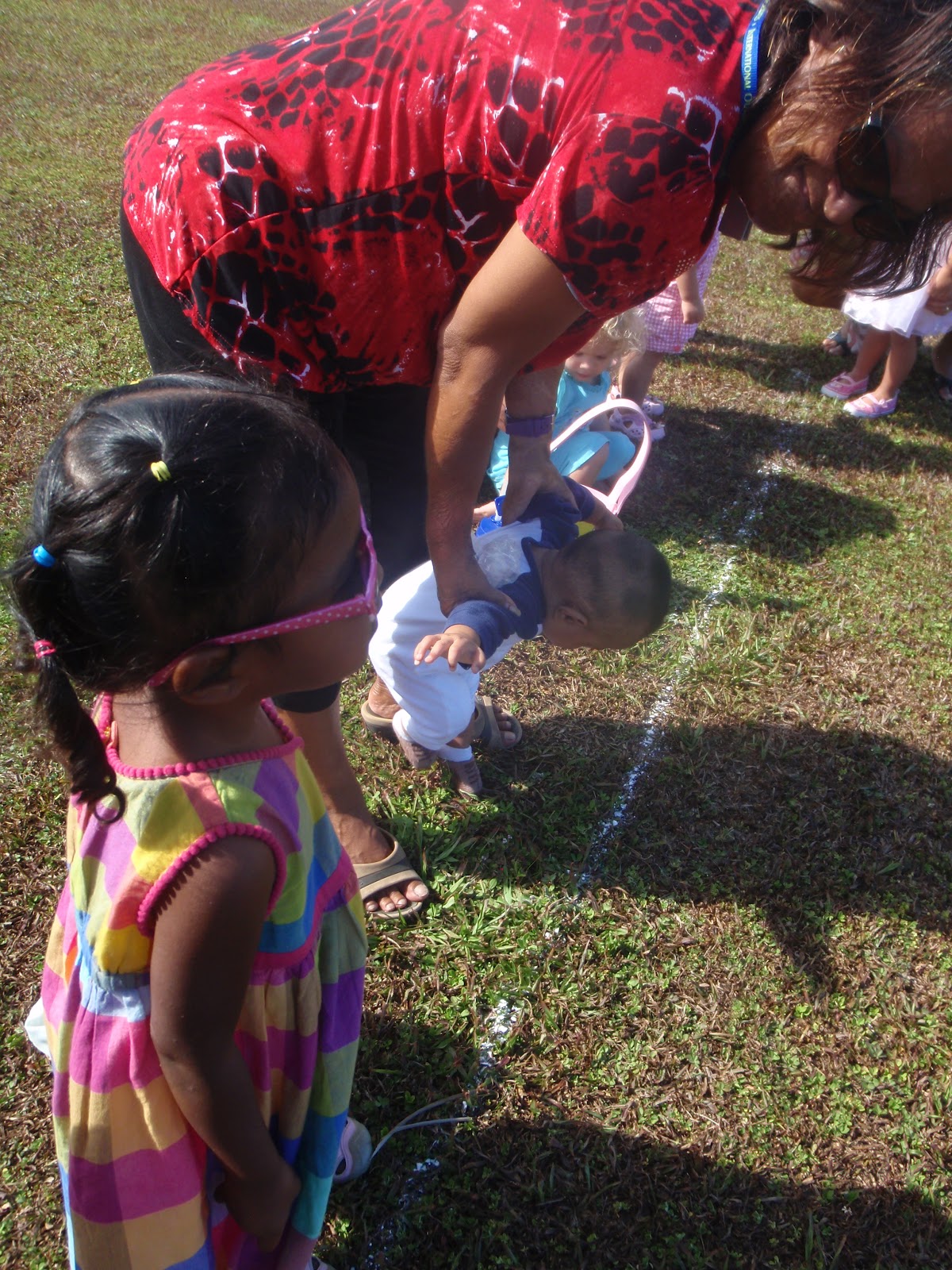 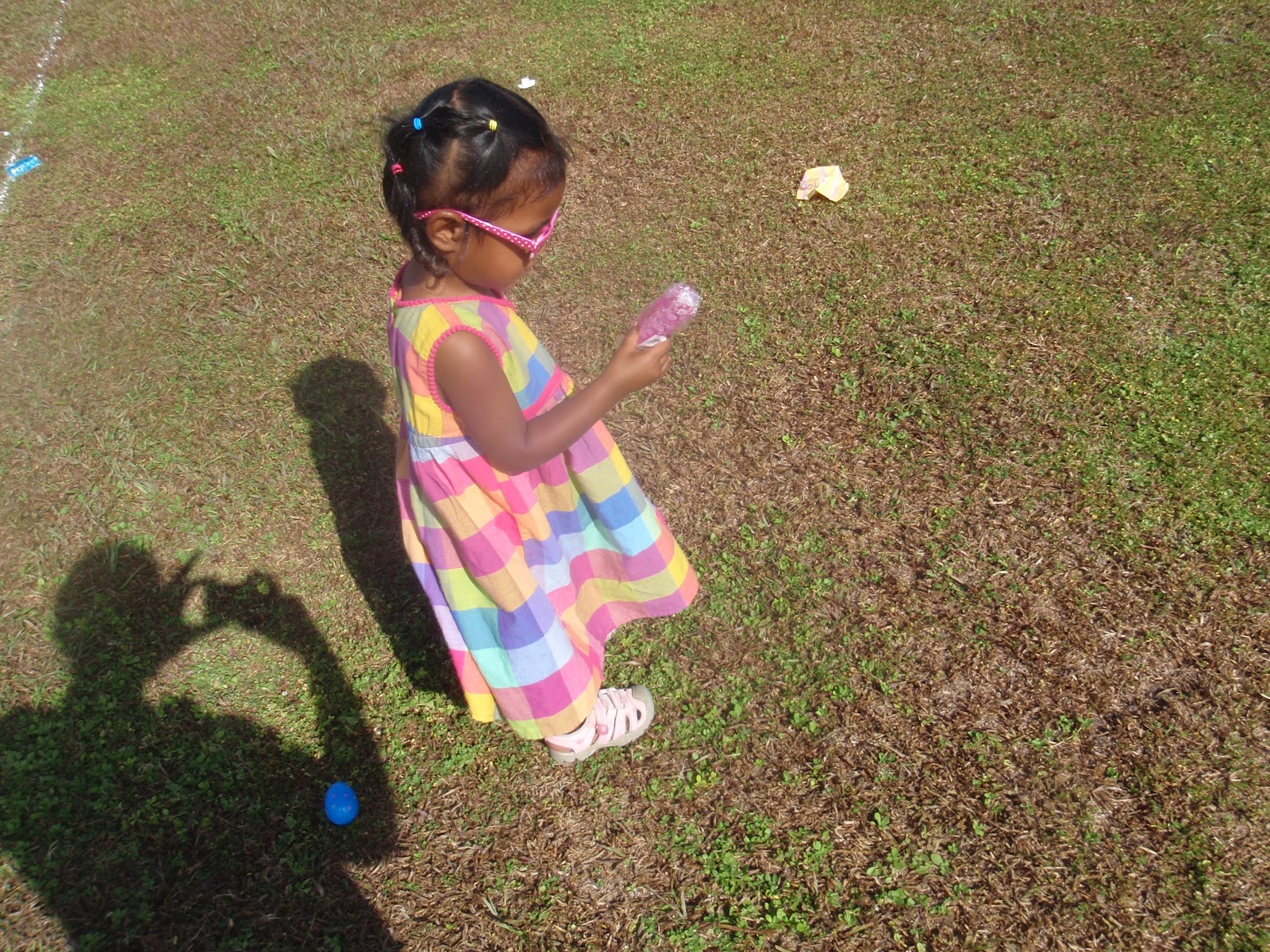 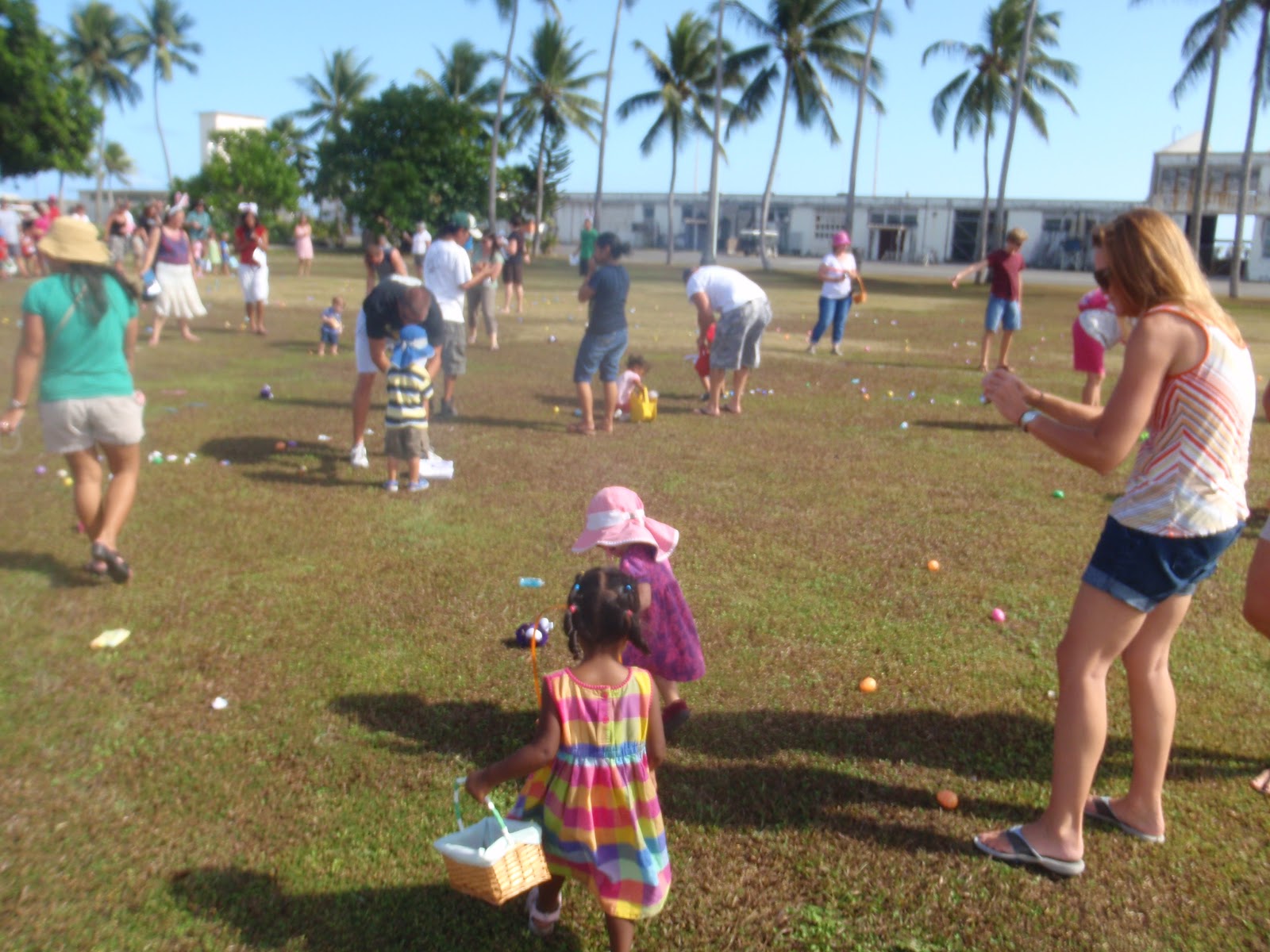 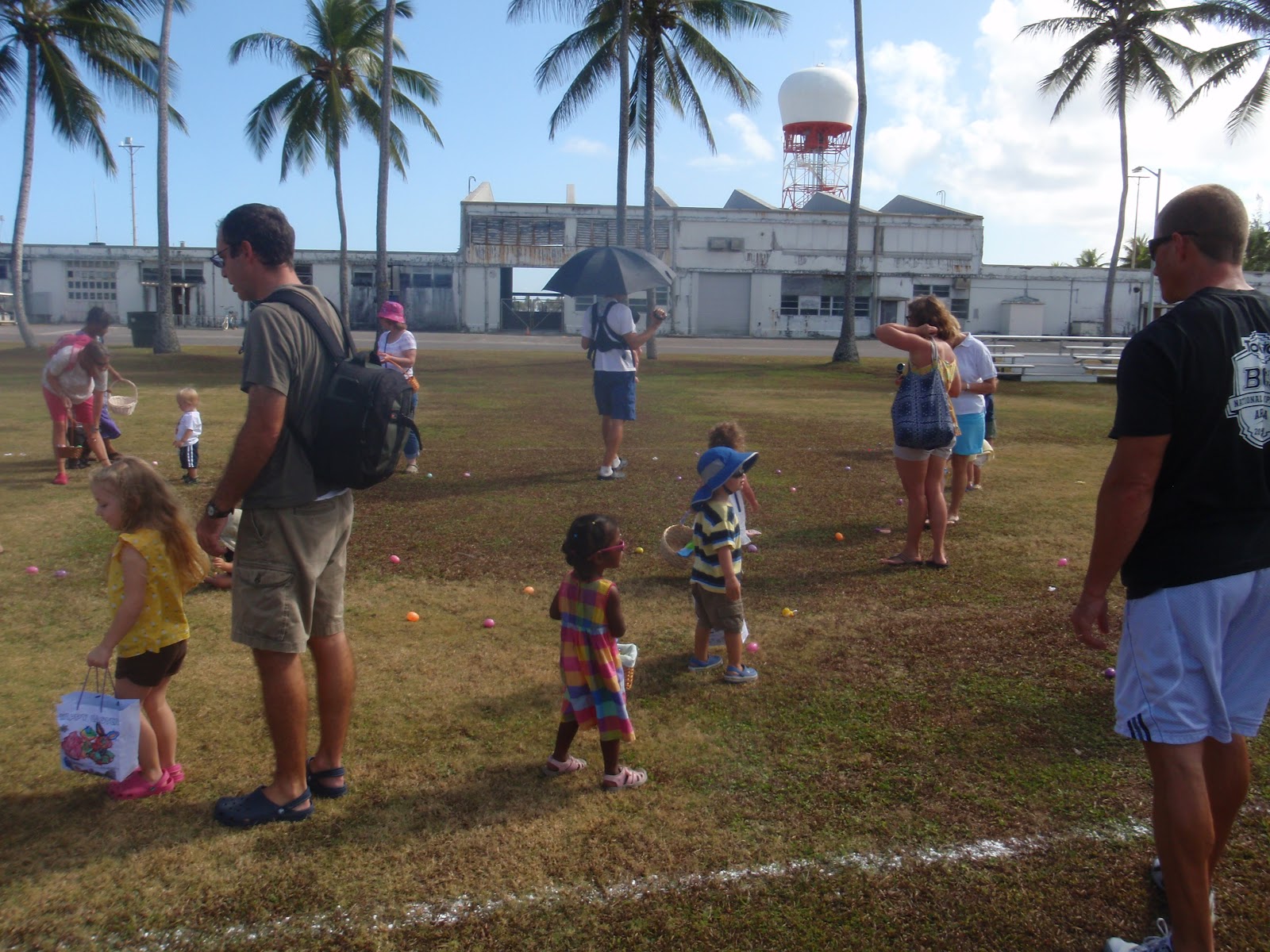 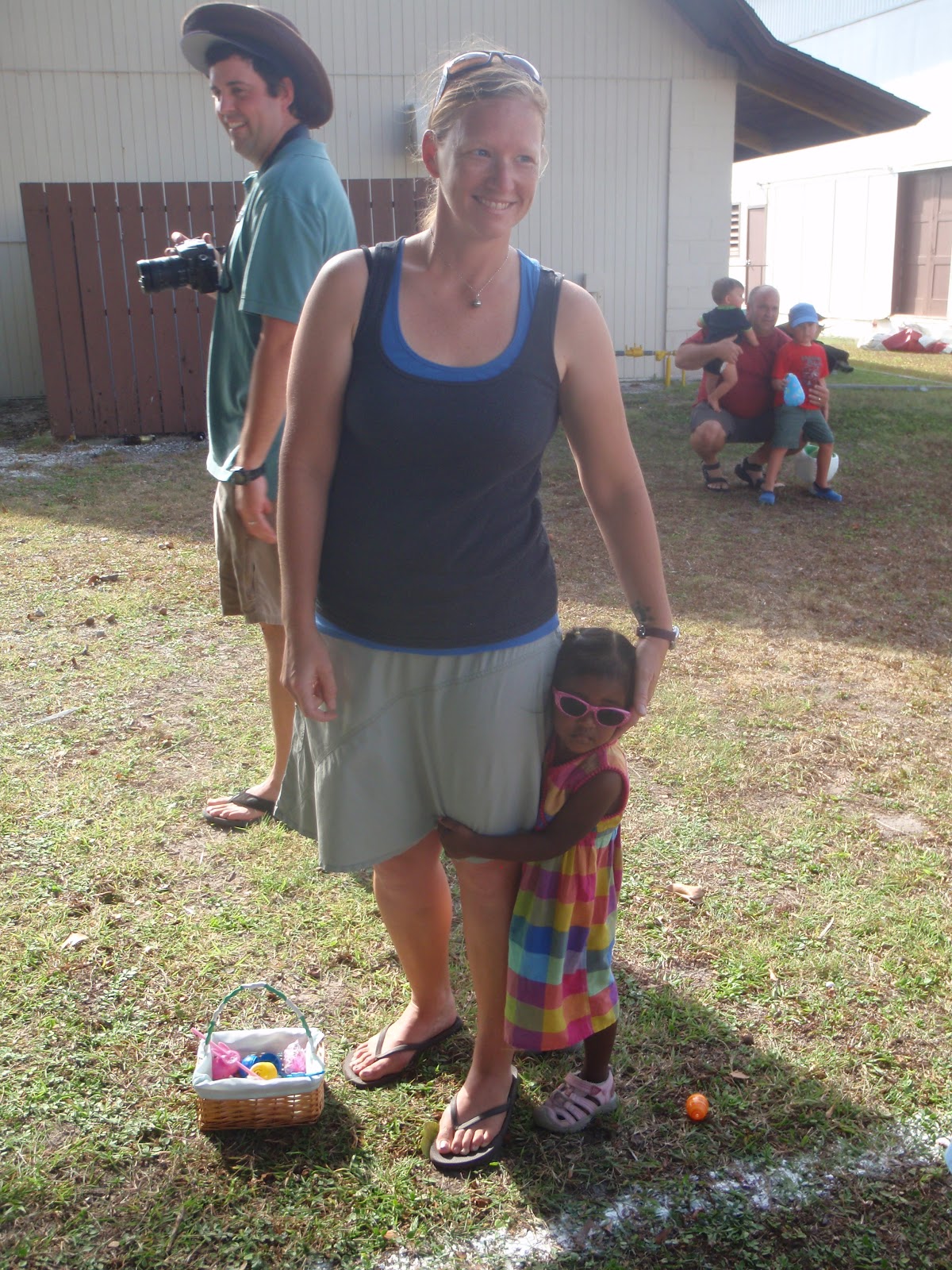