The Shaving Cream Social is a Kwaj tradition and I'd been looking forward to Sky being old enough to go to one ever since we moved here.  This year was finally it.  Sky really didn't know what to expect but once she saw how much fun it was to get her daddy and her friends messy, she threw herself into it and had a great time. 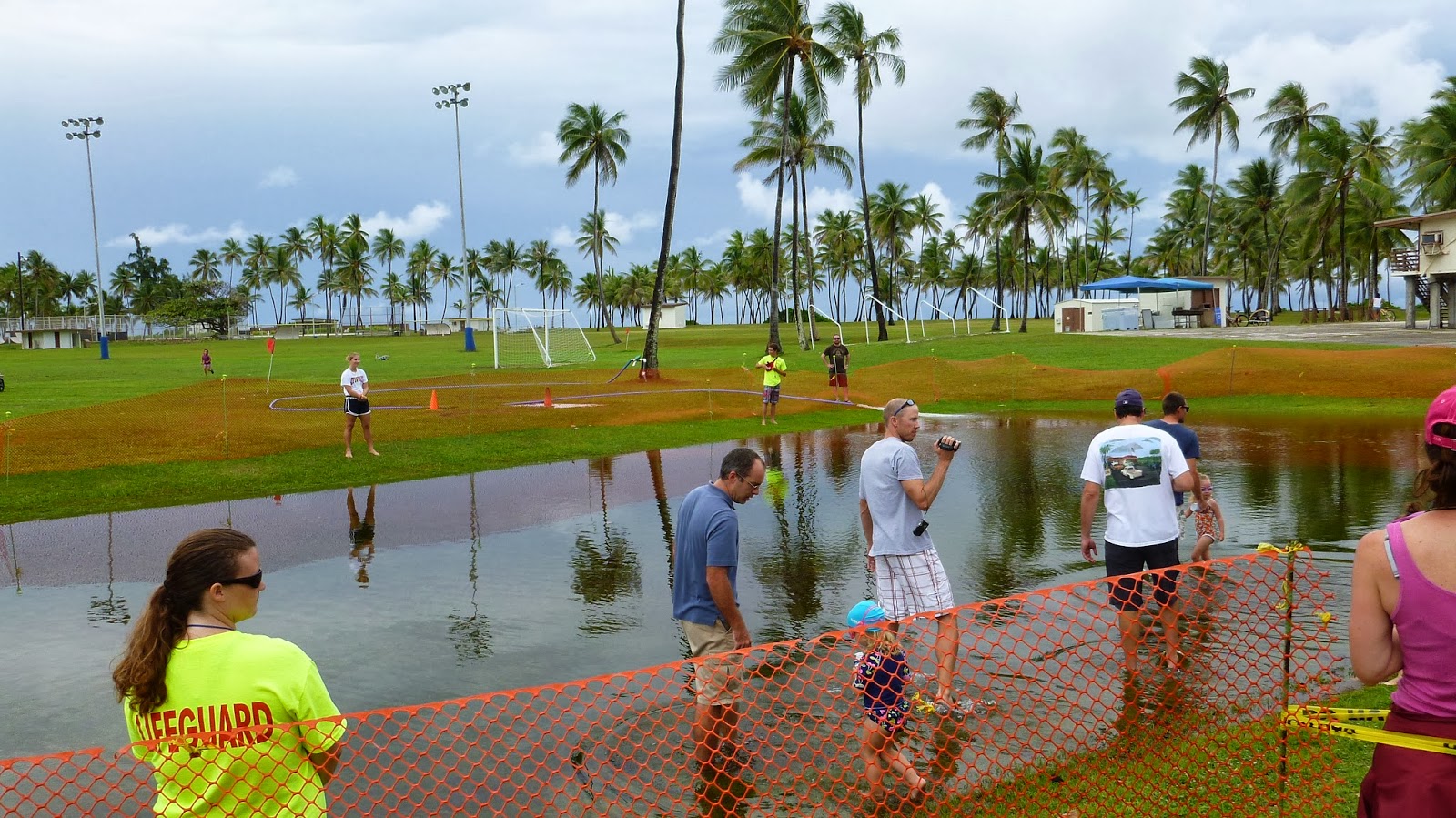 Two days before they event, a small ravine near the soccer field is fenced off and gradually filled with water.  There are lifeguards around the entire area and all the kids in Sky's group had to have a parent with them.
D had to show Sky what she could do with the shaving cream- it took a little while for most kids to warm up to the idea of the Social 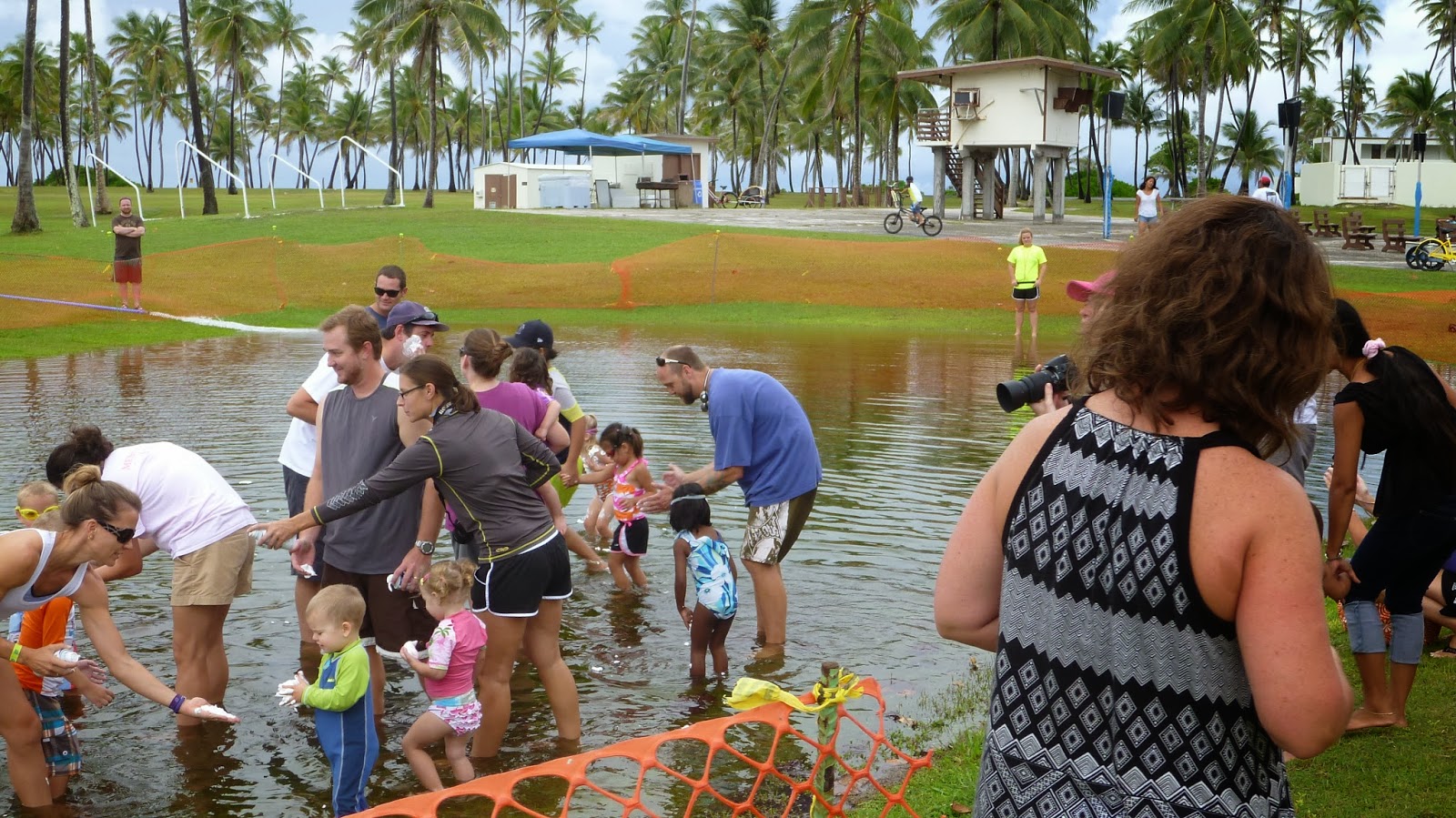 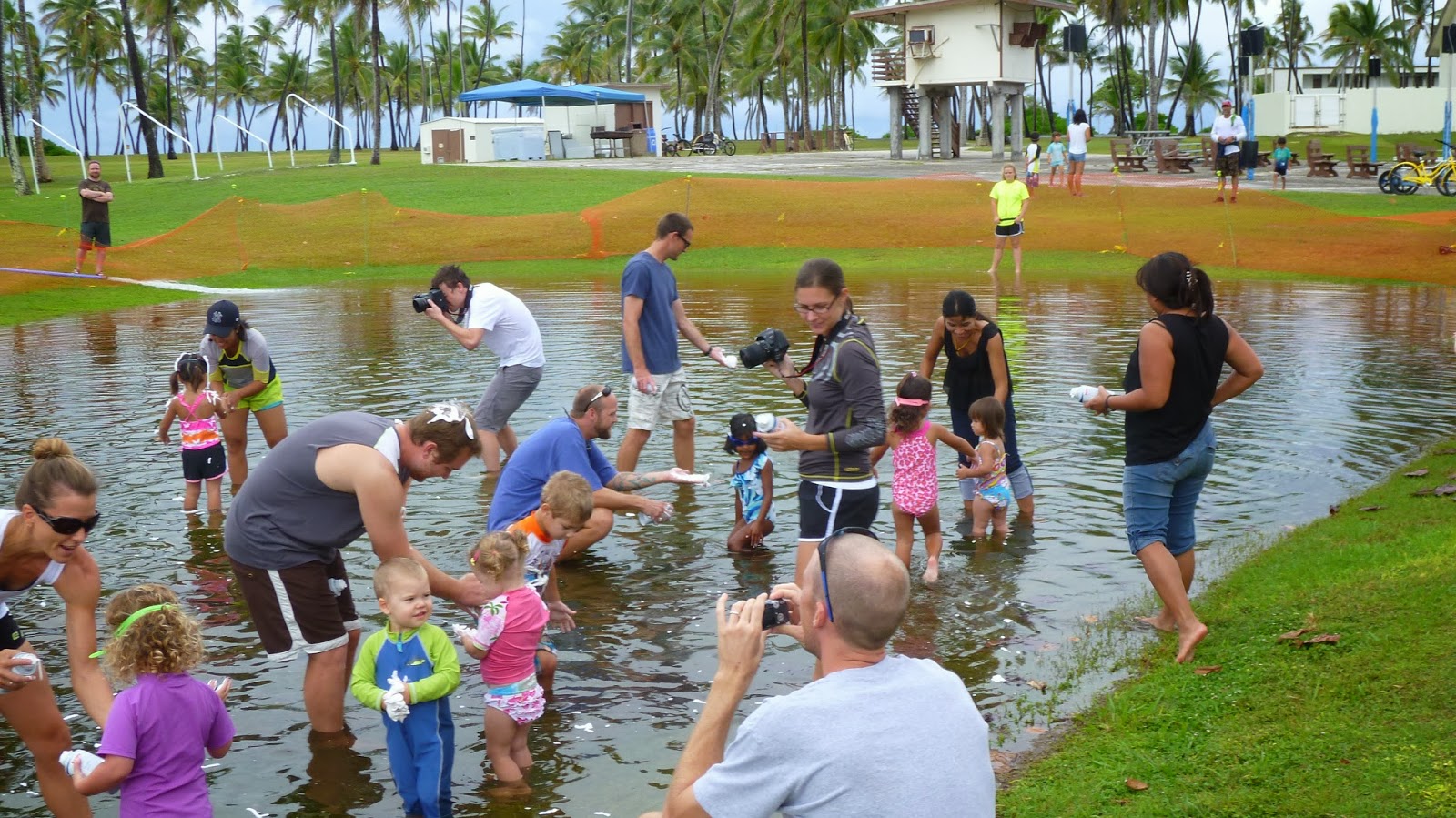 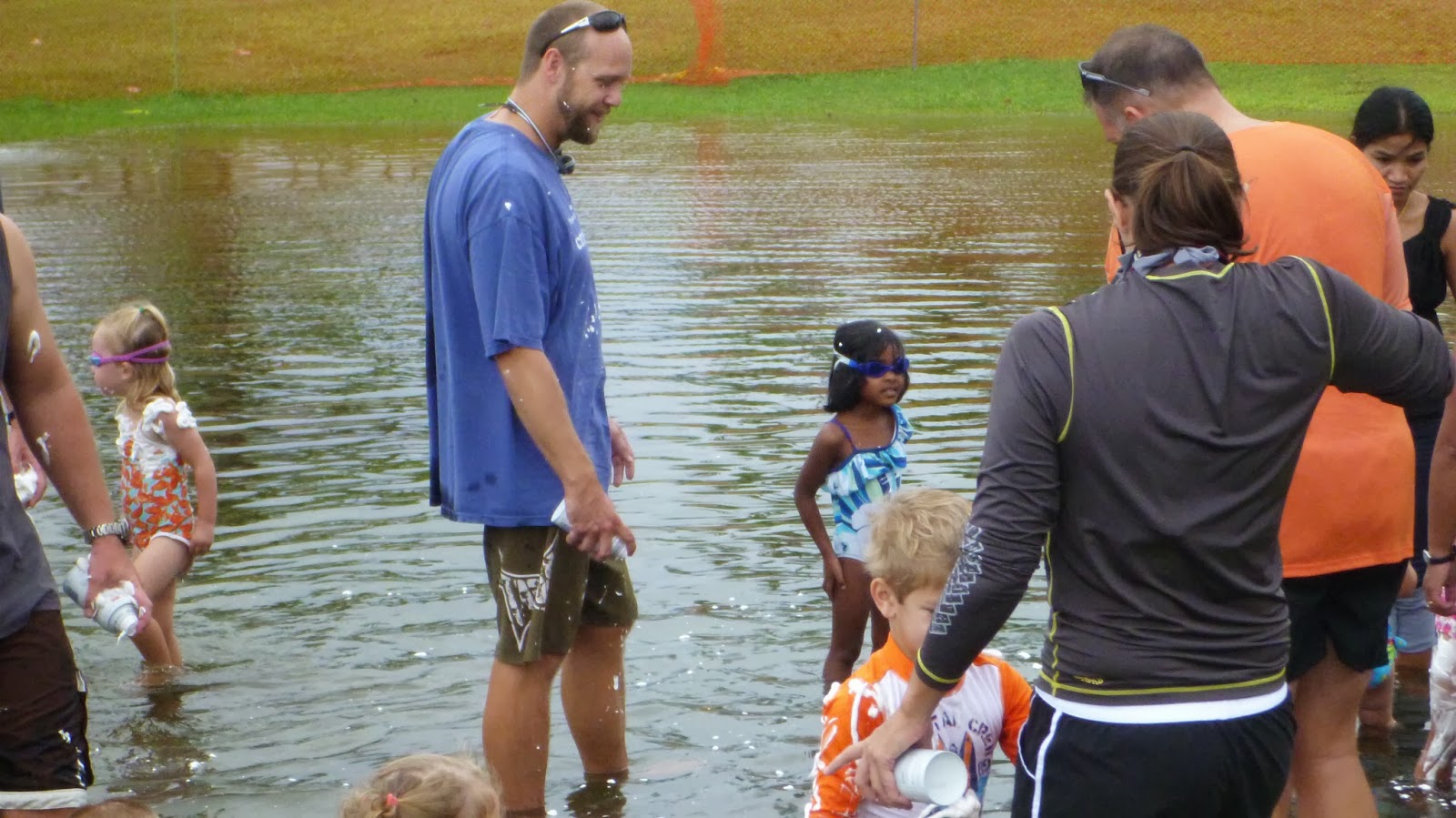 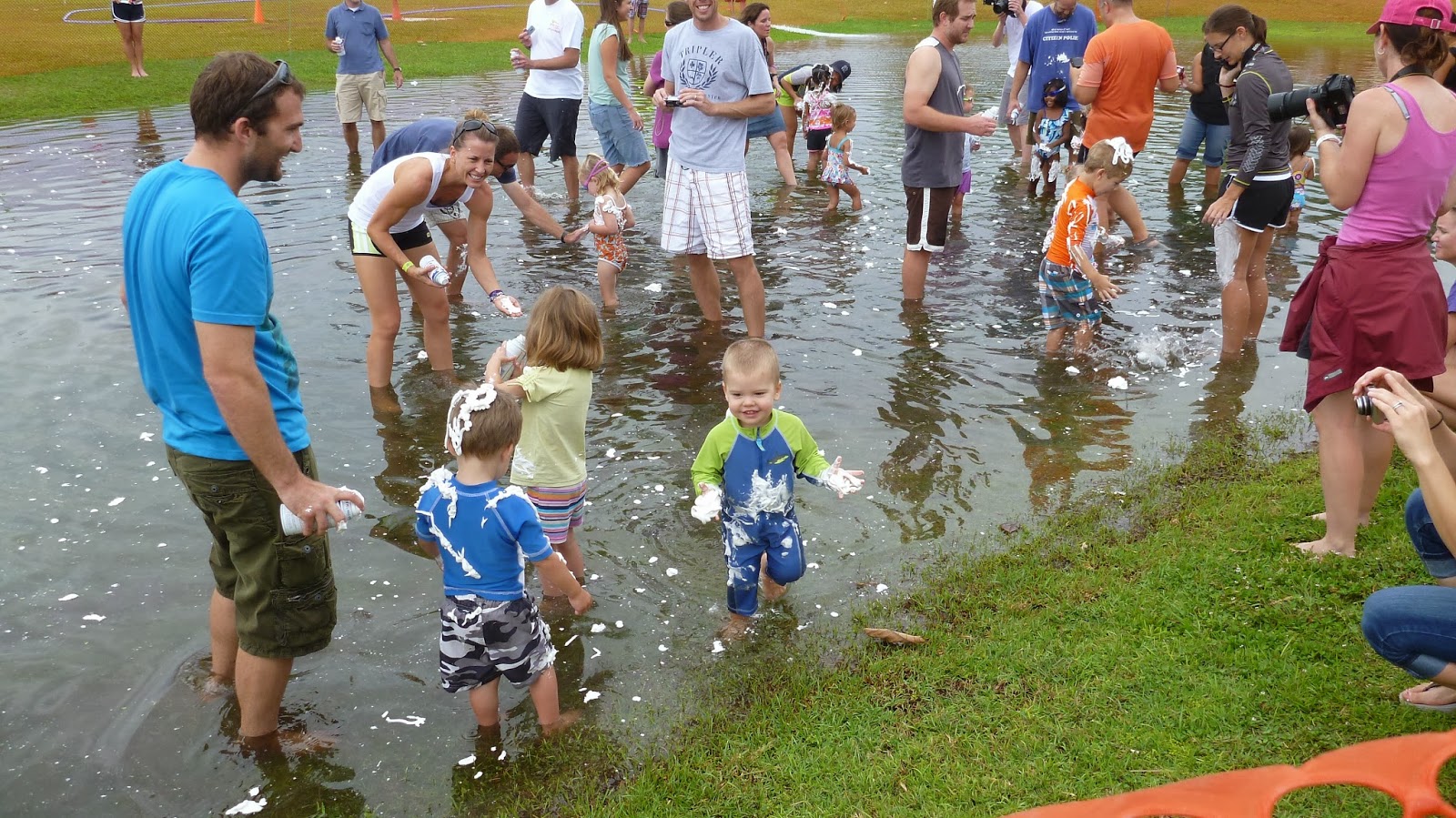 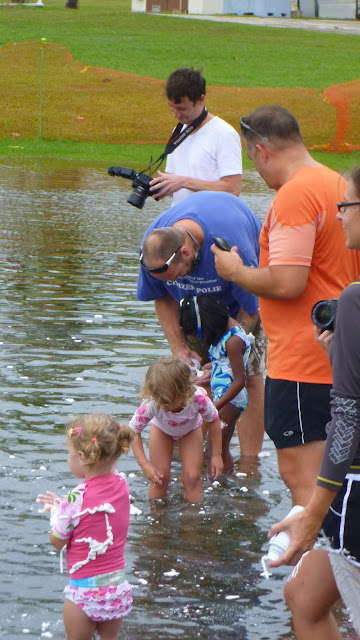 But after a little bit, Sky got the hang of it... 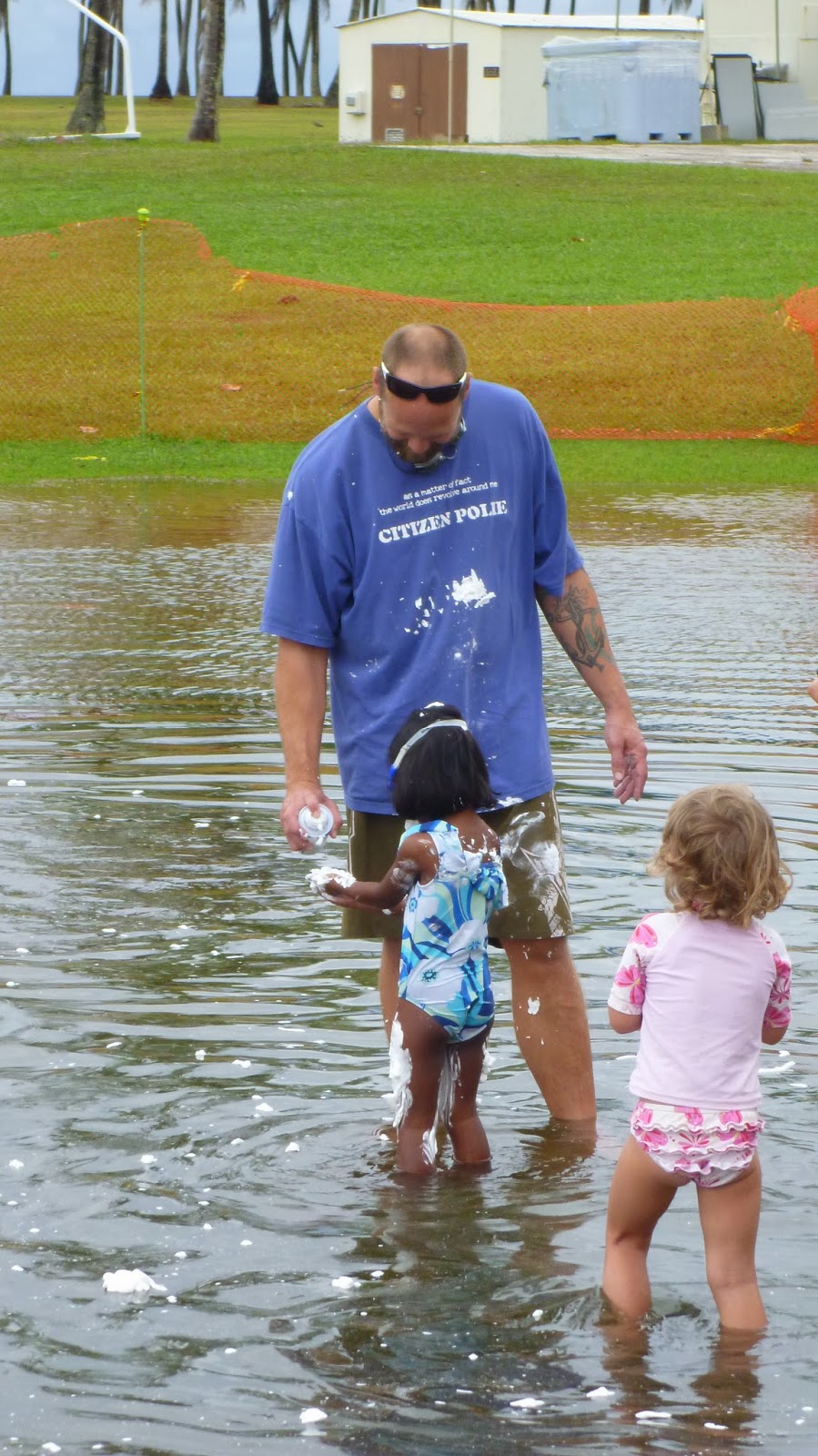 and had a great time with her friends 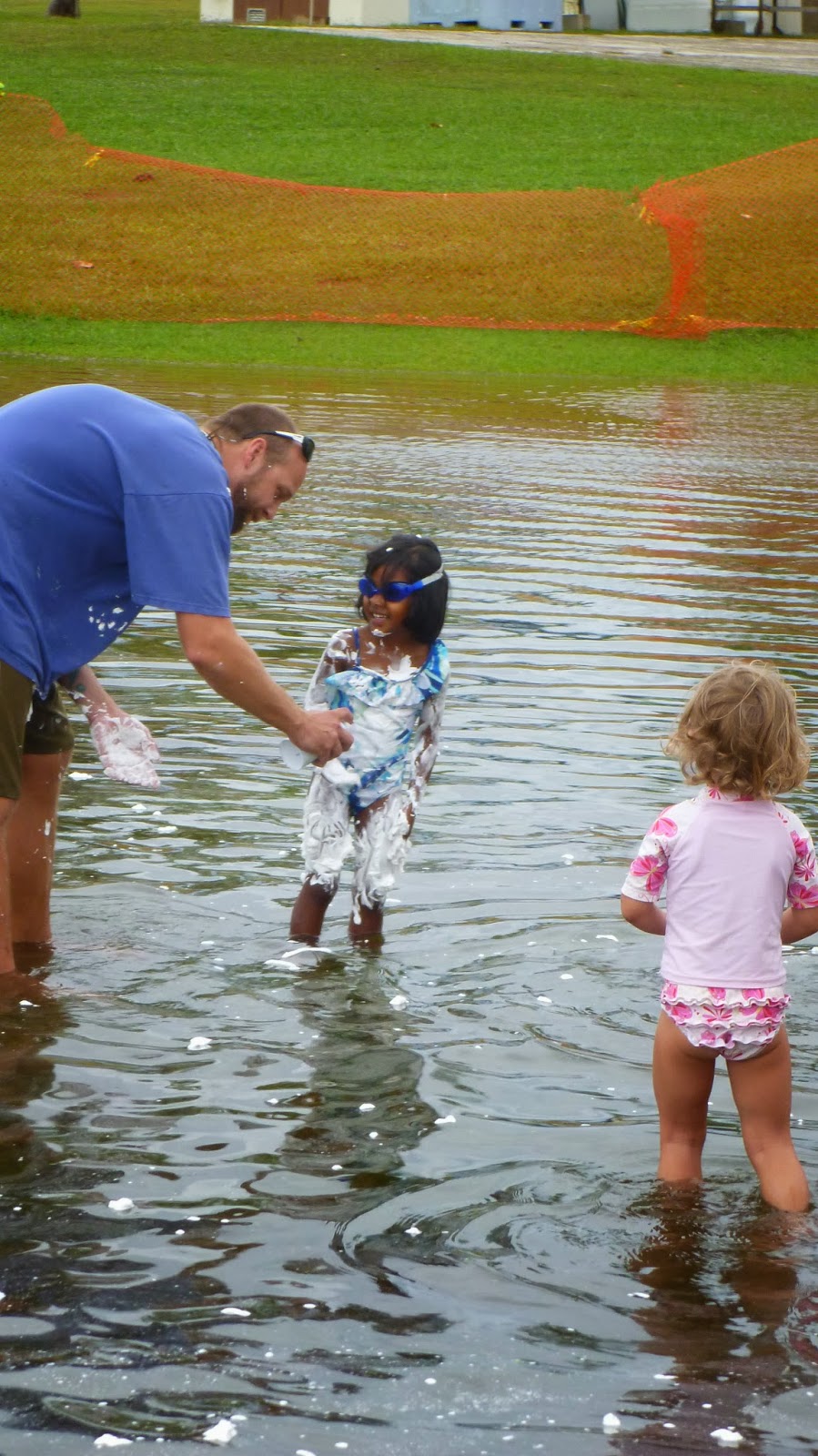 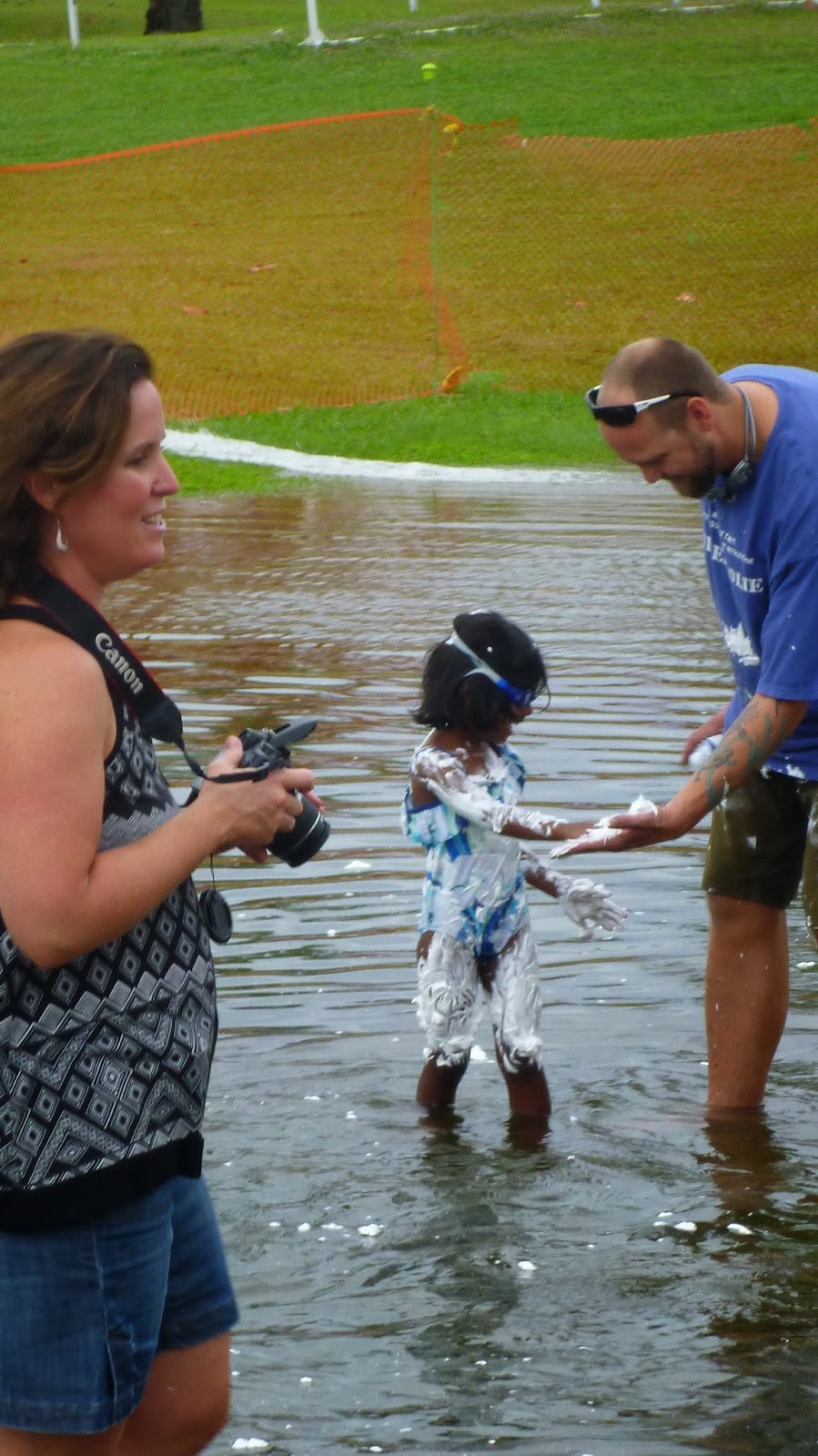 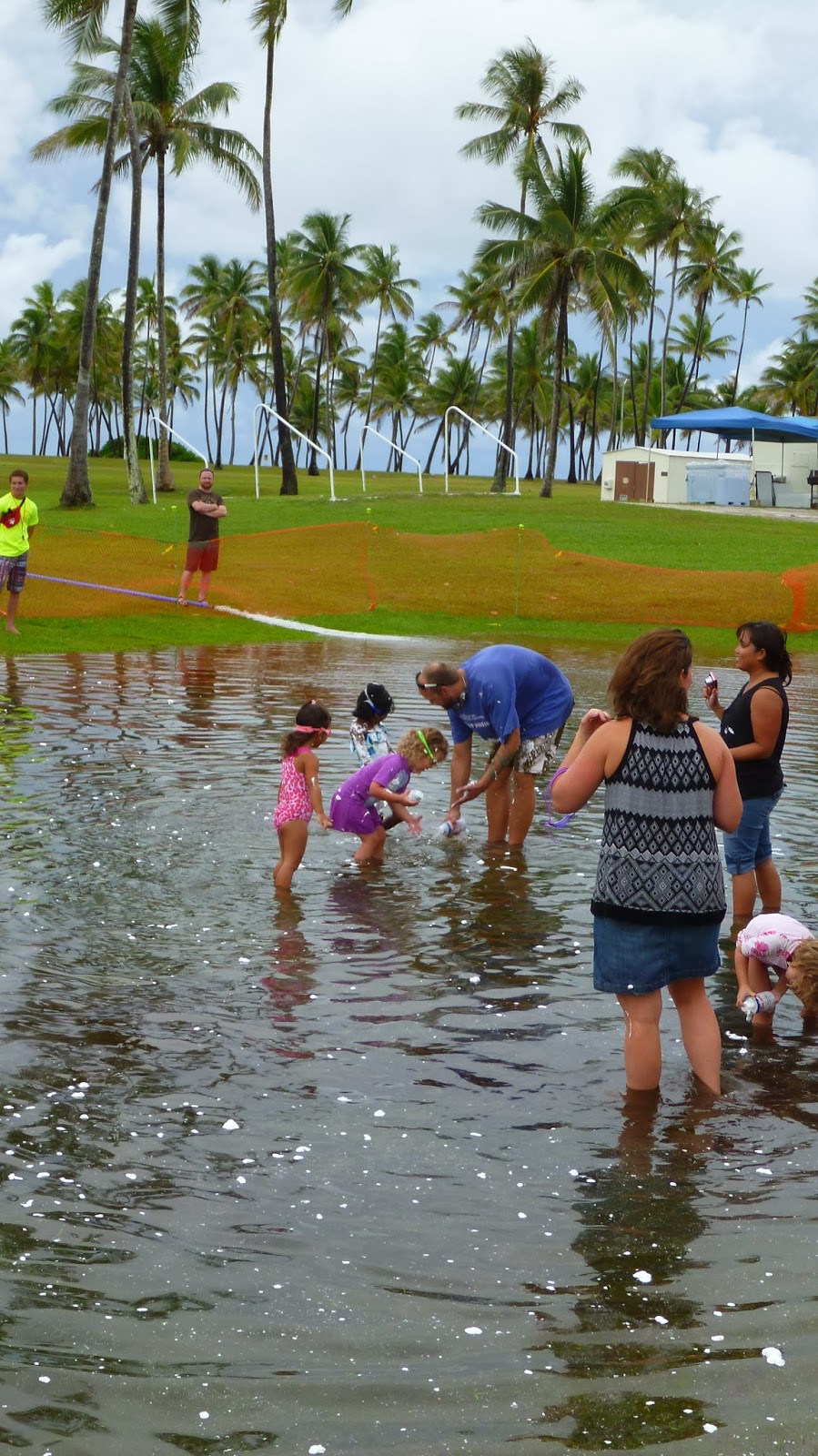 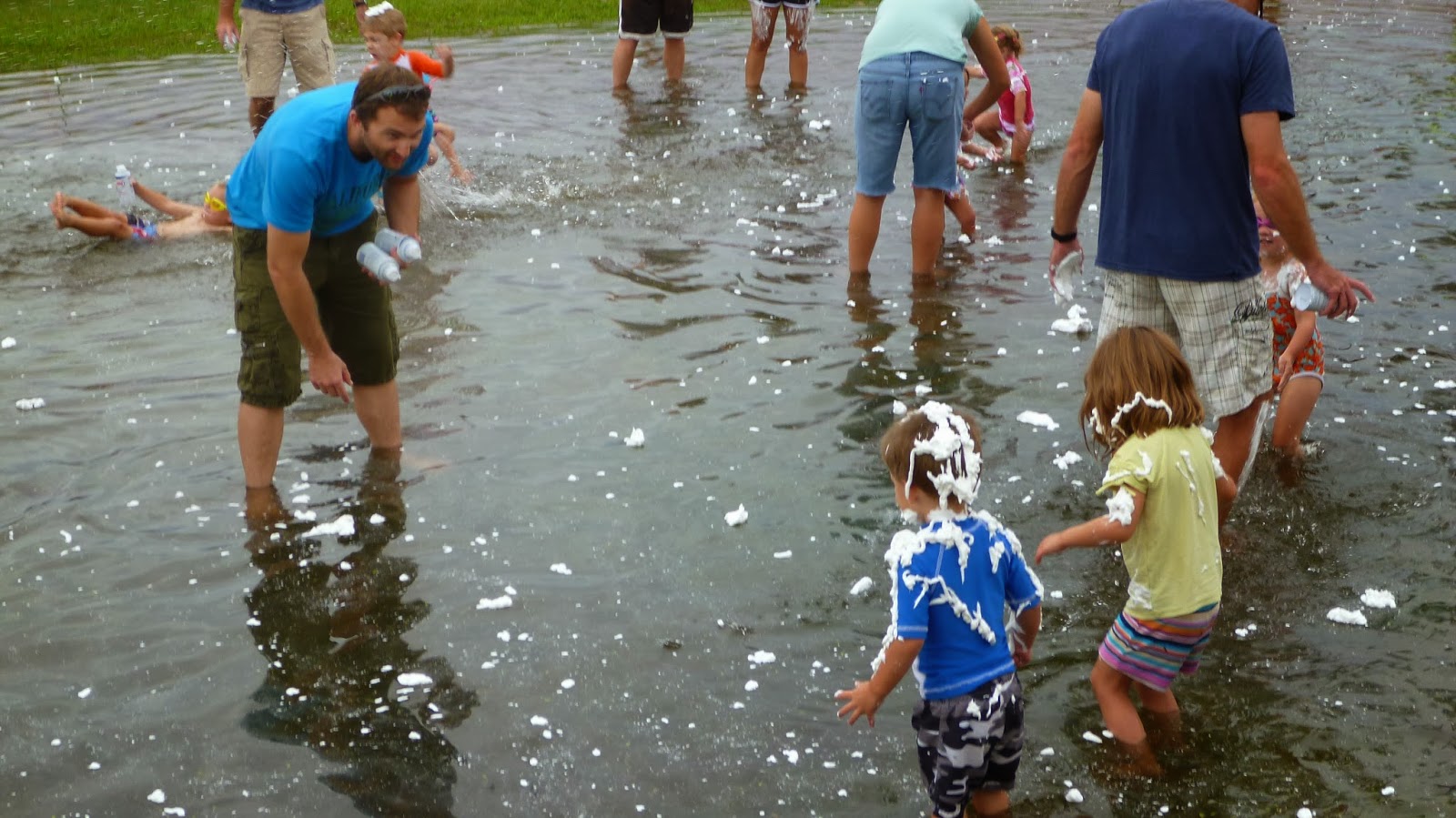 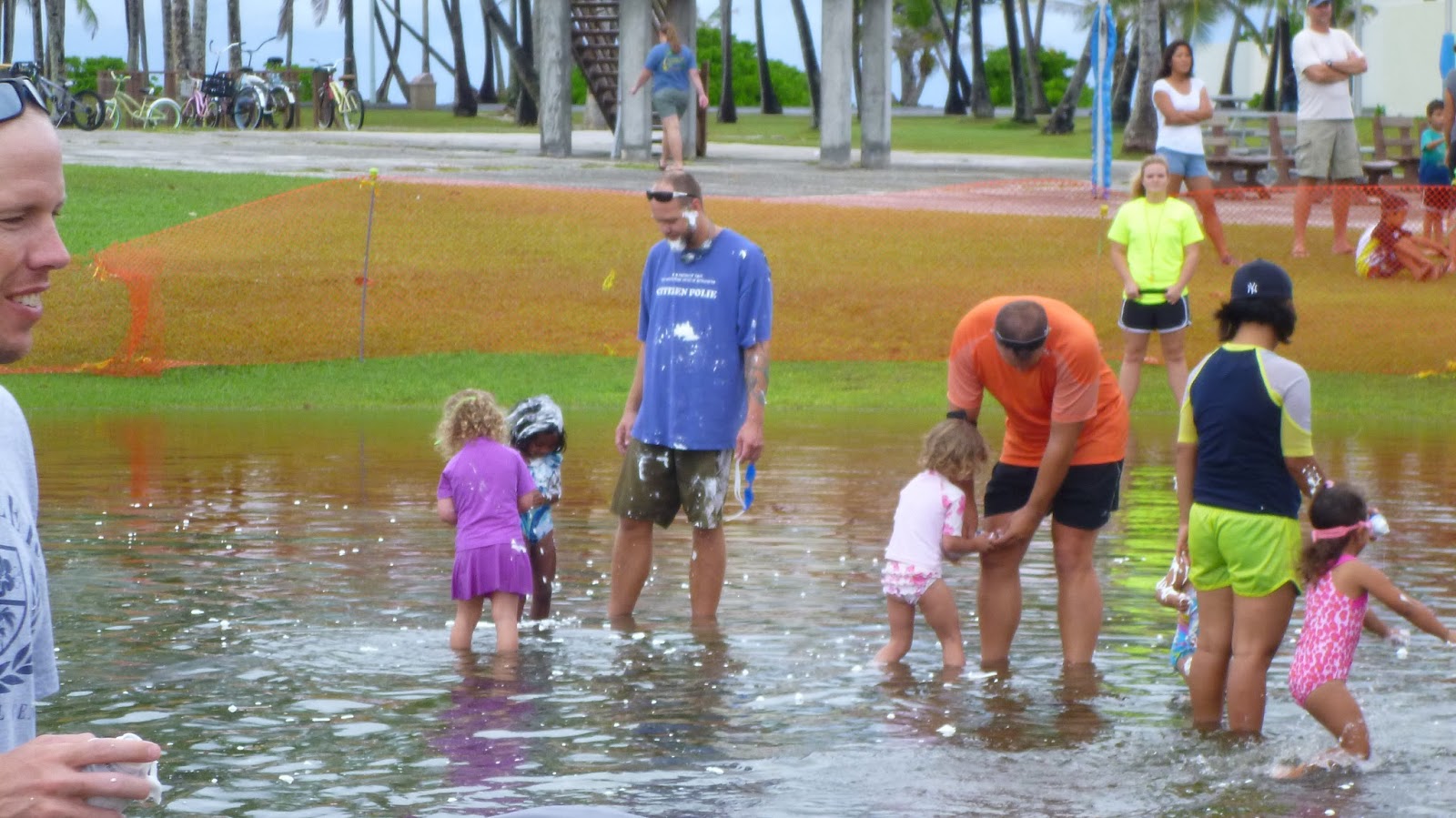 Fire normally loves anything to do with water but his 2-year molars are coming in (already!) so he waded in a little but mostly watched from Mama's arms﻿ 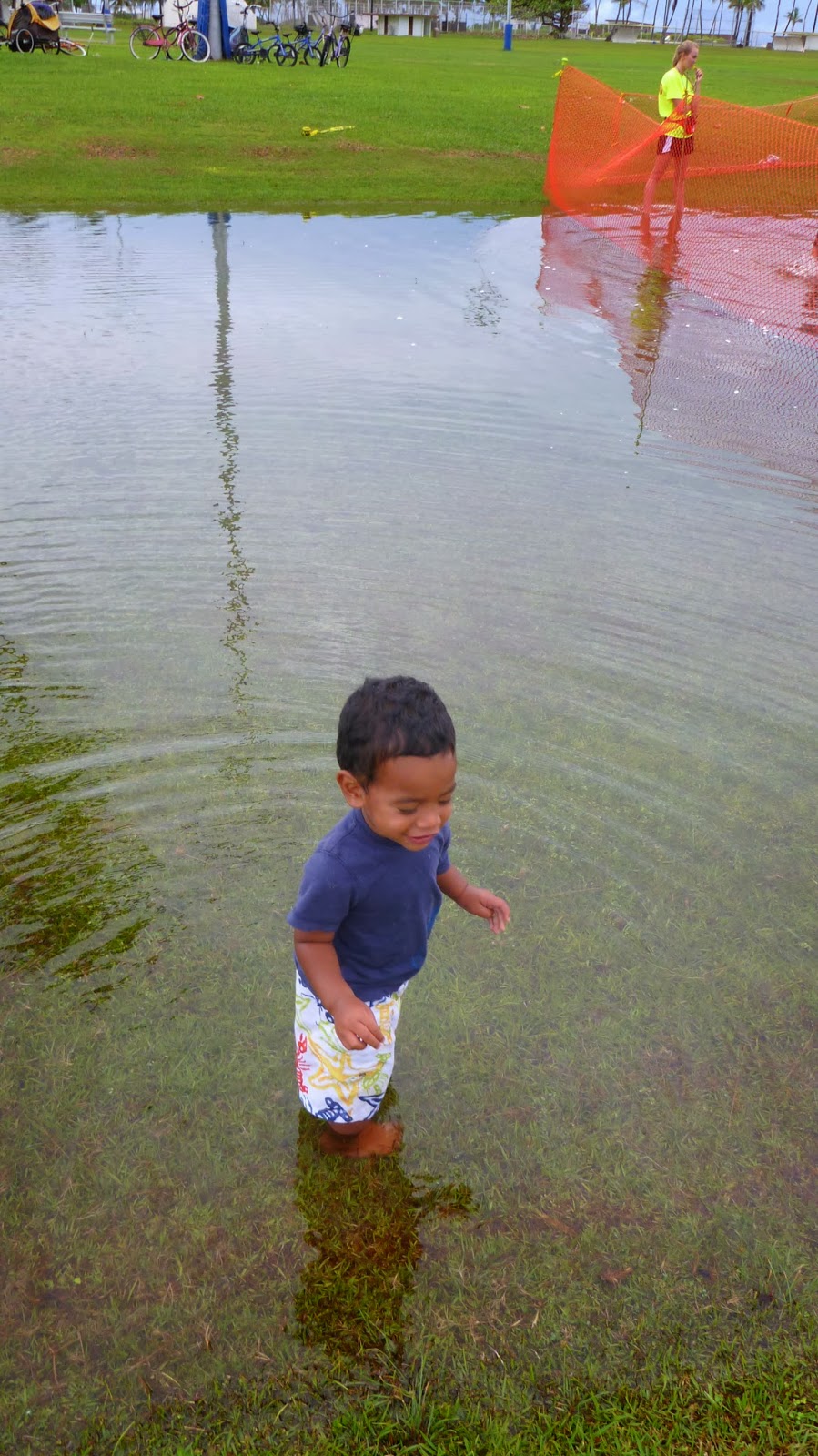 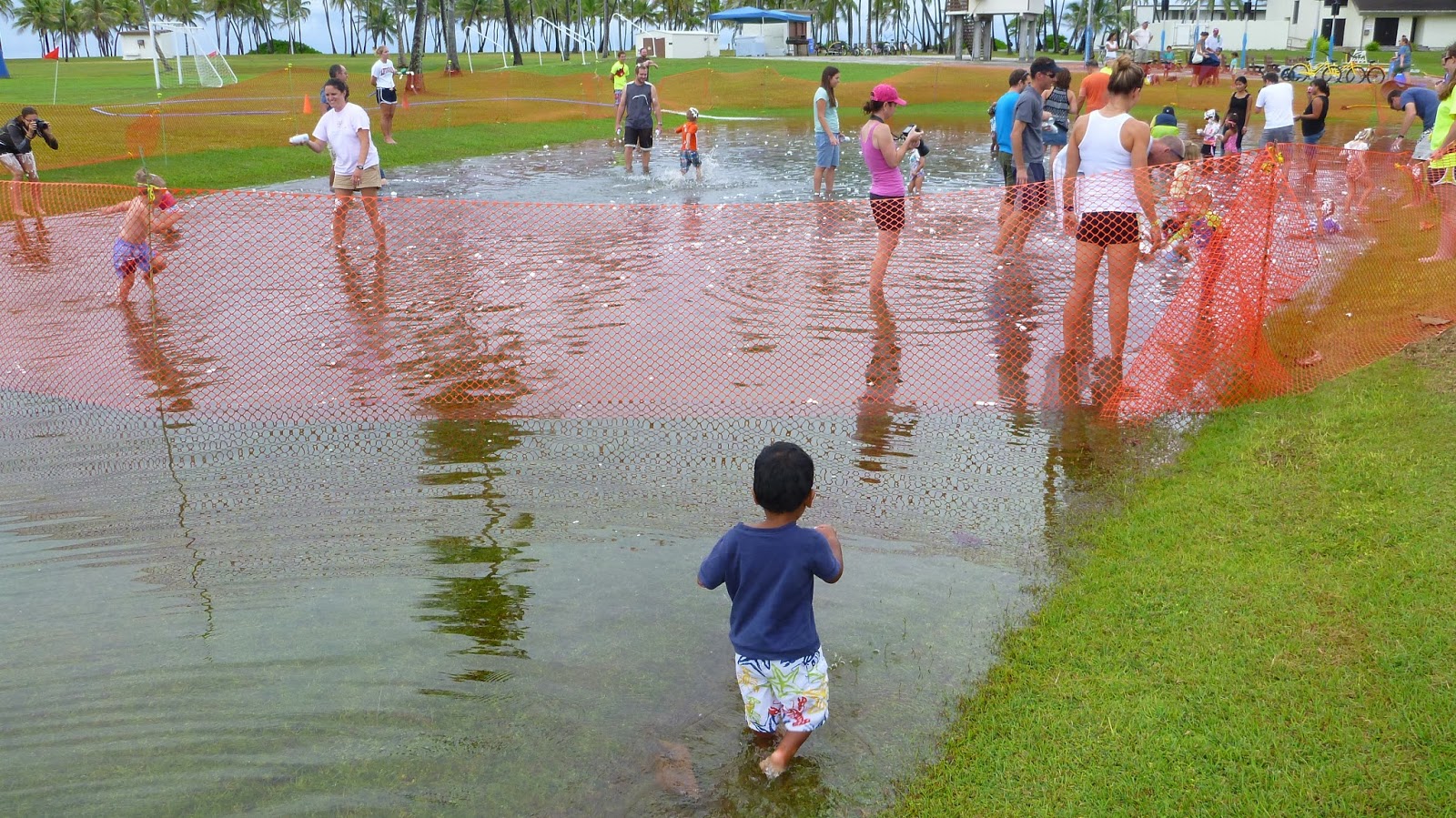