This was our kids first real Halloween and it was a pretty good one.  Sky had never been brave enough to actually go trick or treating in the past and Fire too little so we'd skipped that part.  They both had a costumes and we handed out candy but this is the first year we did the whole she-bang.  Sky was Elsa (big surprise, right?) and Fire was Spider-Man.  Fire LOVED his costume!  He even ate breakfast with the mask on before wearing it to school for their costume parade.  He brought it to me this morning and wanted to wear it to school again and was mad like only a 2-year-old can get when I said no.
The kids went trick or treating with some friends and that went really well.  Their daughter is a year older than Sky and very out-going and Fire goes to pre-school with their son.  D took the kids around and they covered most of the neighborhood while Water and I stayed home and handed out candy.  My part of Halloween was a lot slower than I expected it to be.  At our last house, we had trick-or-treaters come to the for most of the evening but it looks like our new house isn't in the best neighborhood that that kind of traffic.  It was a little boring but I got to spend a lot of time playing with Water and we got to see a beautiful sunset, so I can't complain too much.
I hope you all had a safe and fun Halloween!! 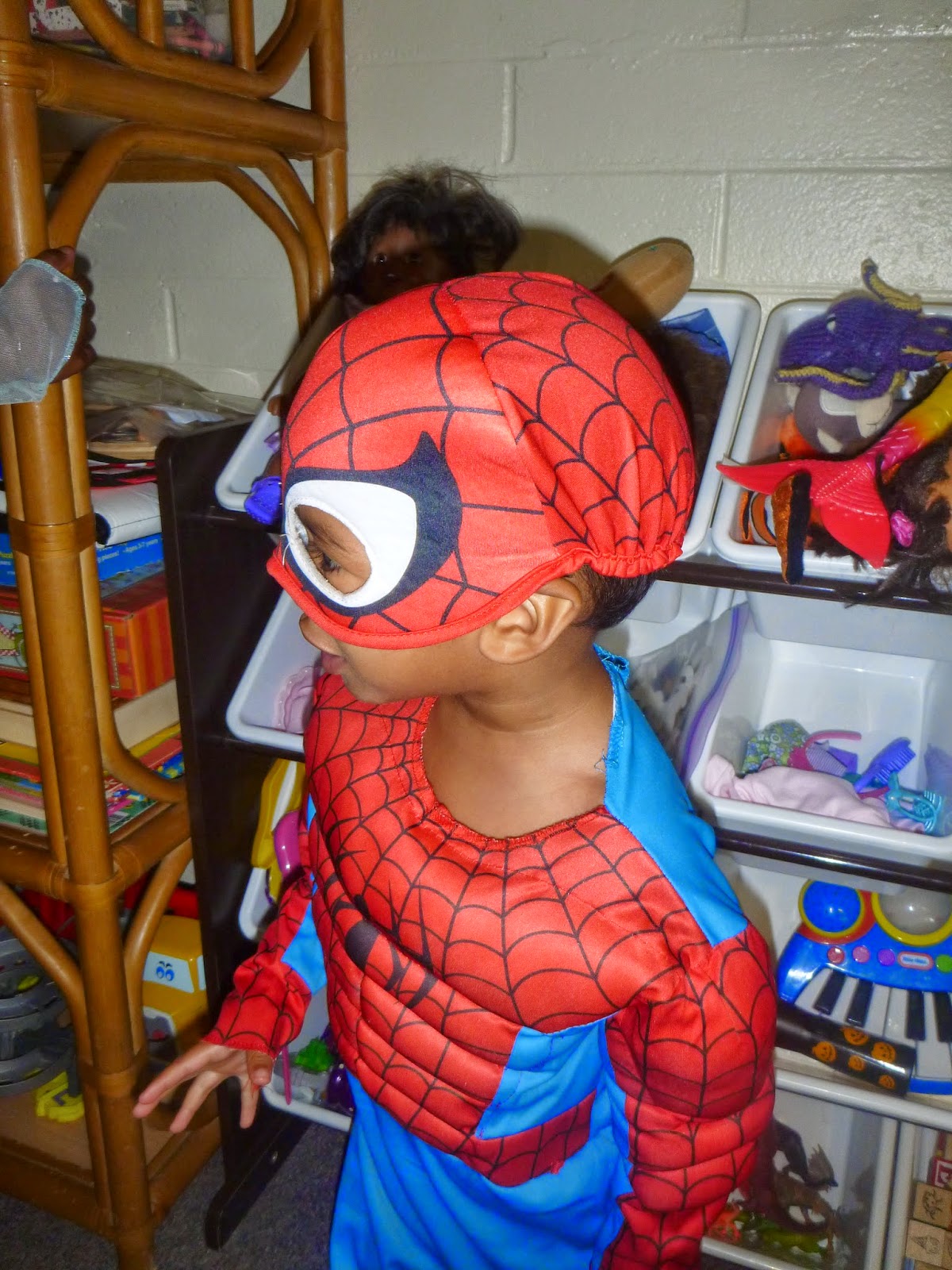 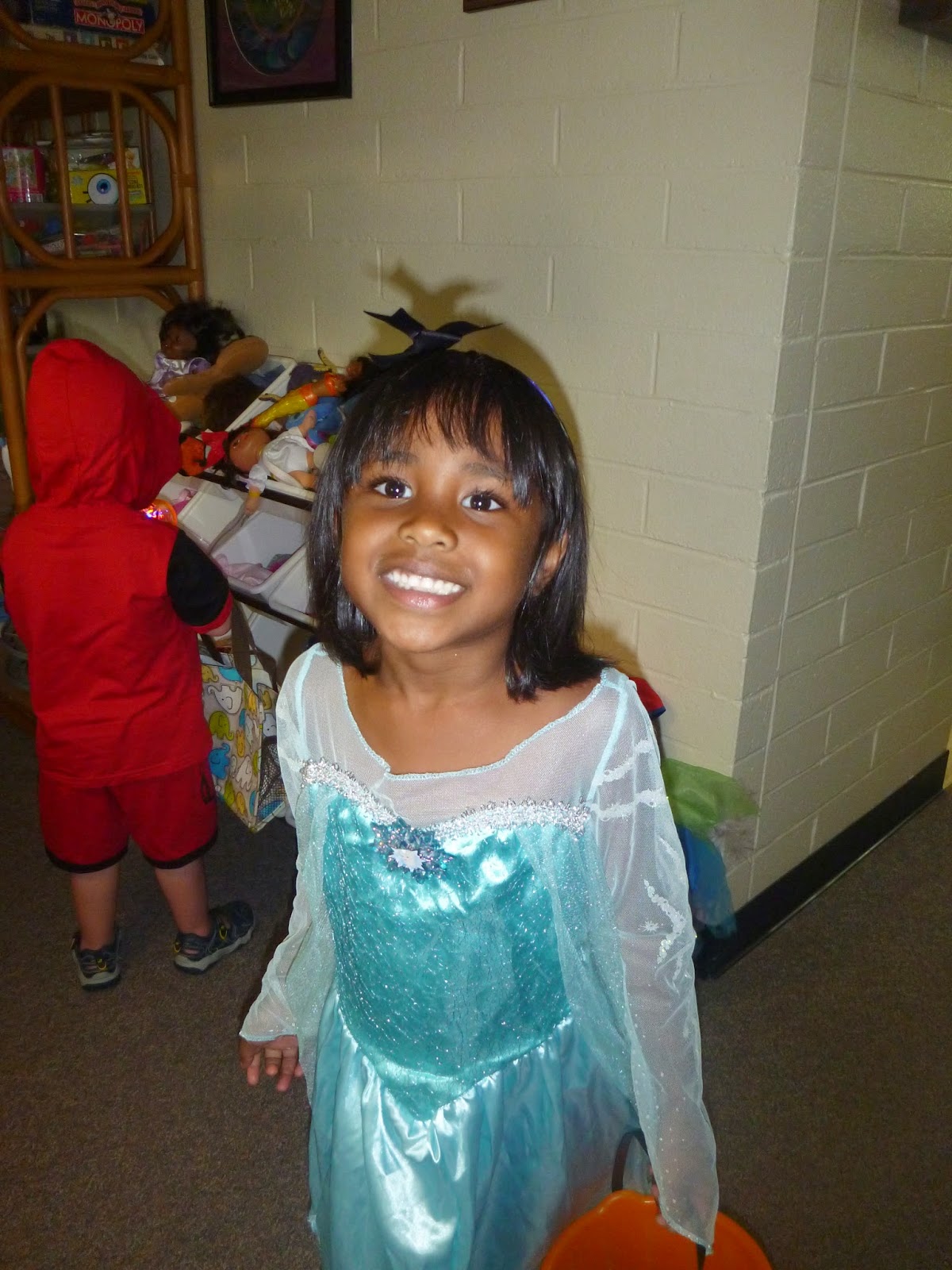 Water was an angry little fisherman﻿ 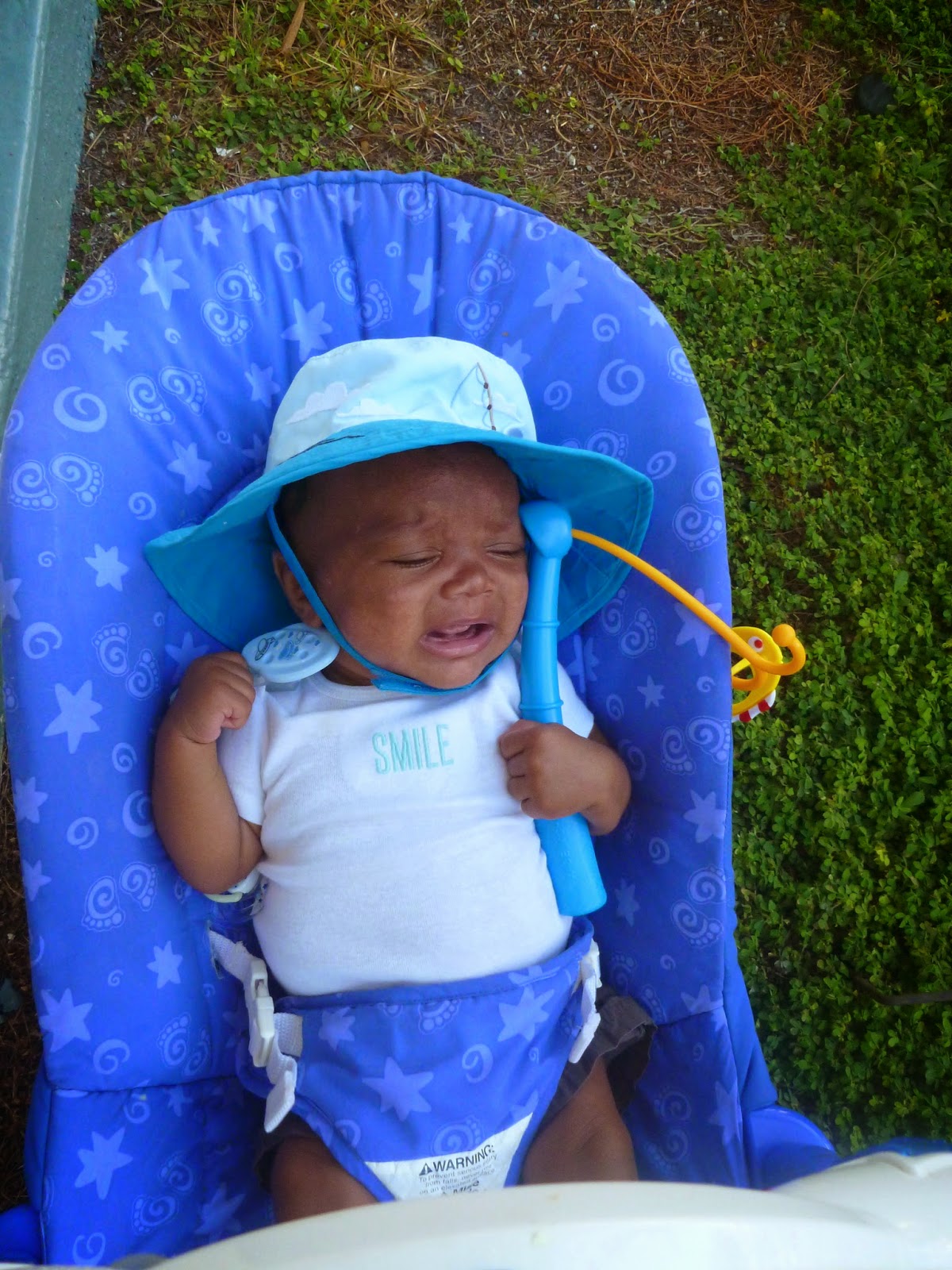 Thanks to a friend, we had coconumpkins again this year.  Paint was in short supply but A managed to get some orange and white and painted up a bunch.  She then spread them all over her yard and invited a bunch of us to the "Coco-Patch" and Halloween party.  We picked out coconumpkins and then painted them: Sky's is on the left and I did the other two.﻿ 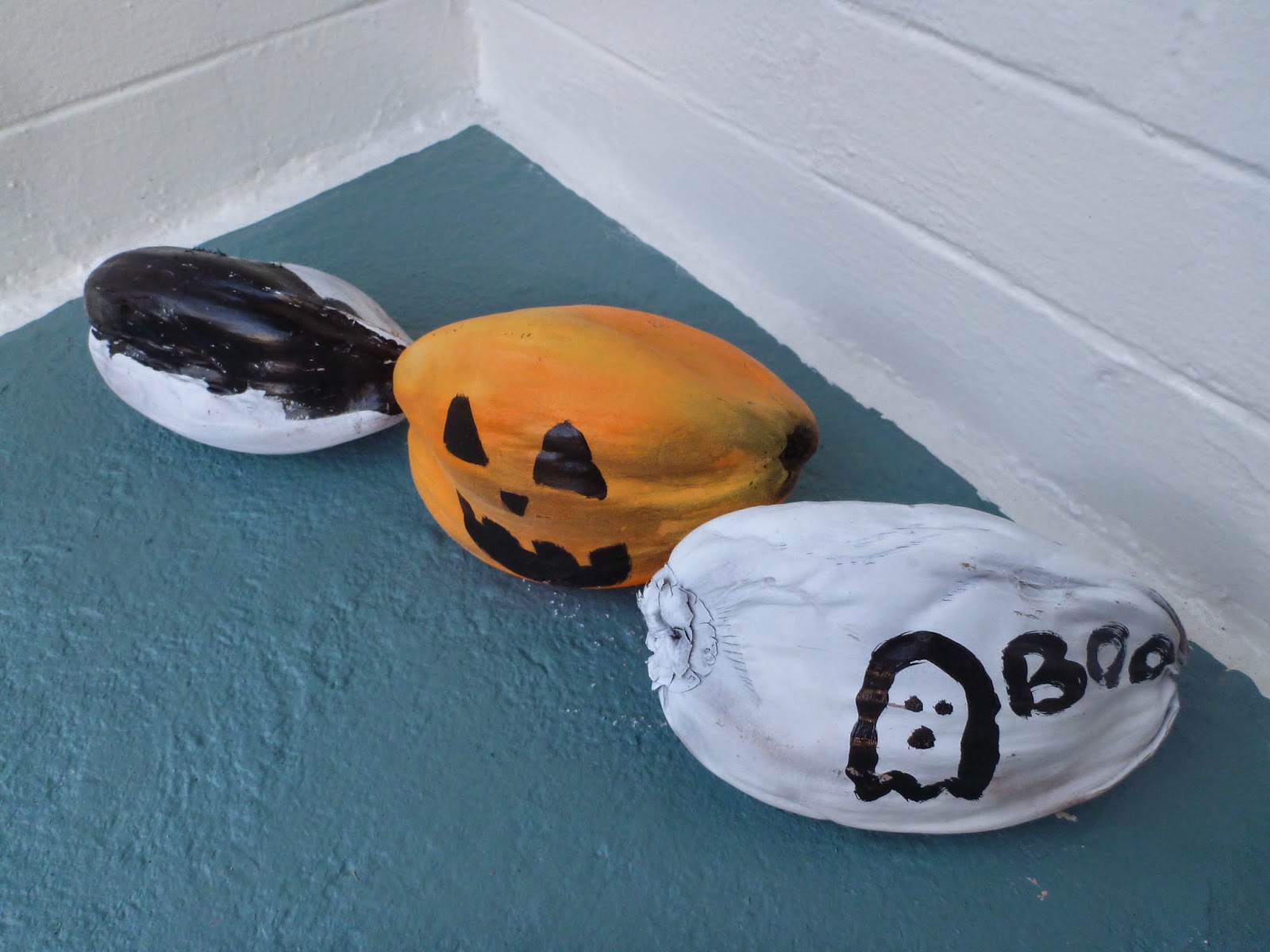 The start of the Halloween sunset﻿ 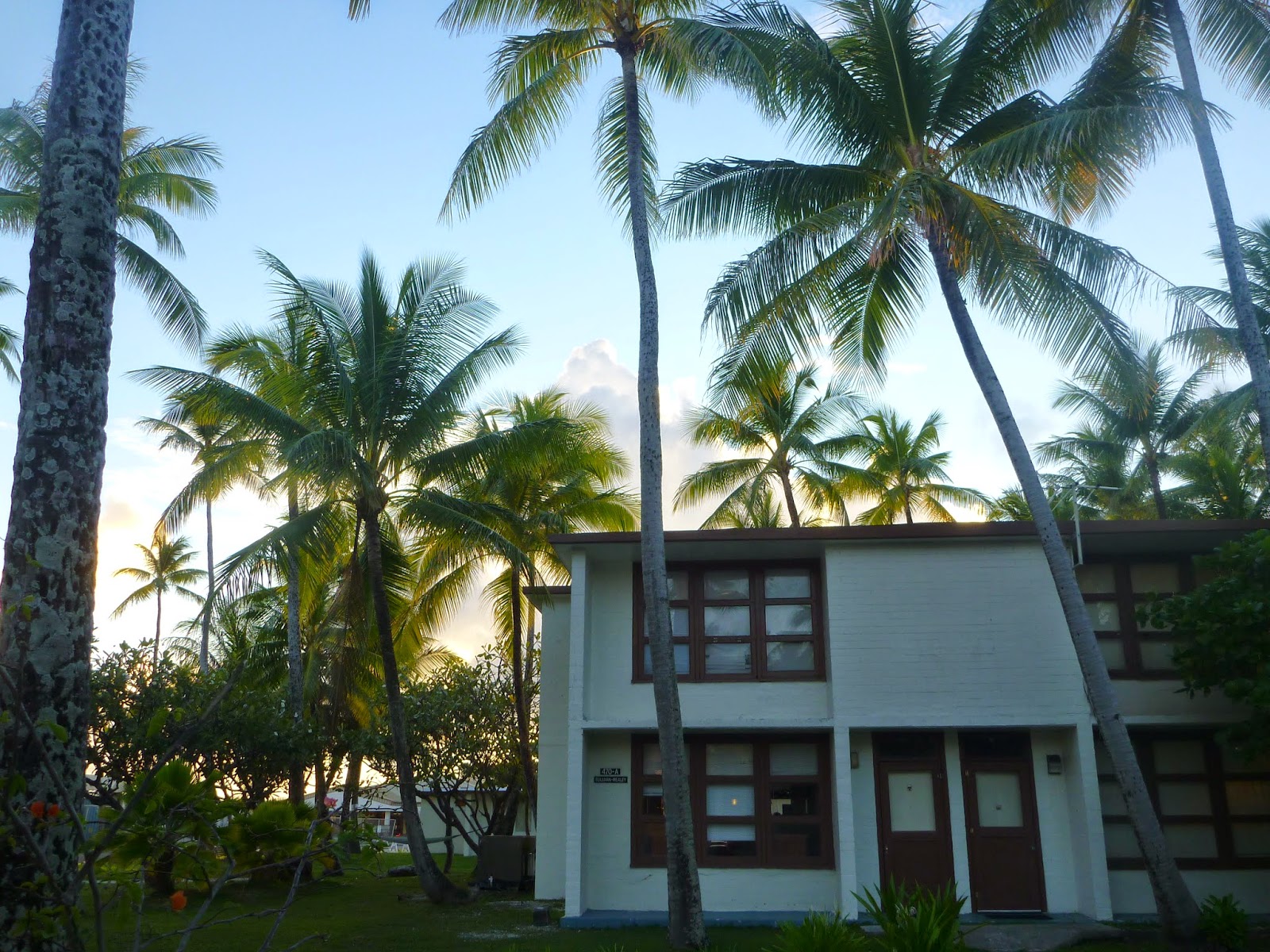 Water was much happier without his hat.  I just adore his smile!﻿ 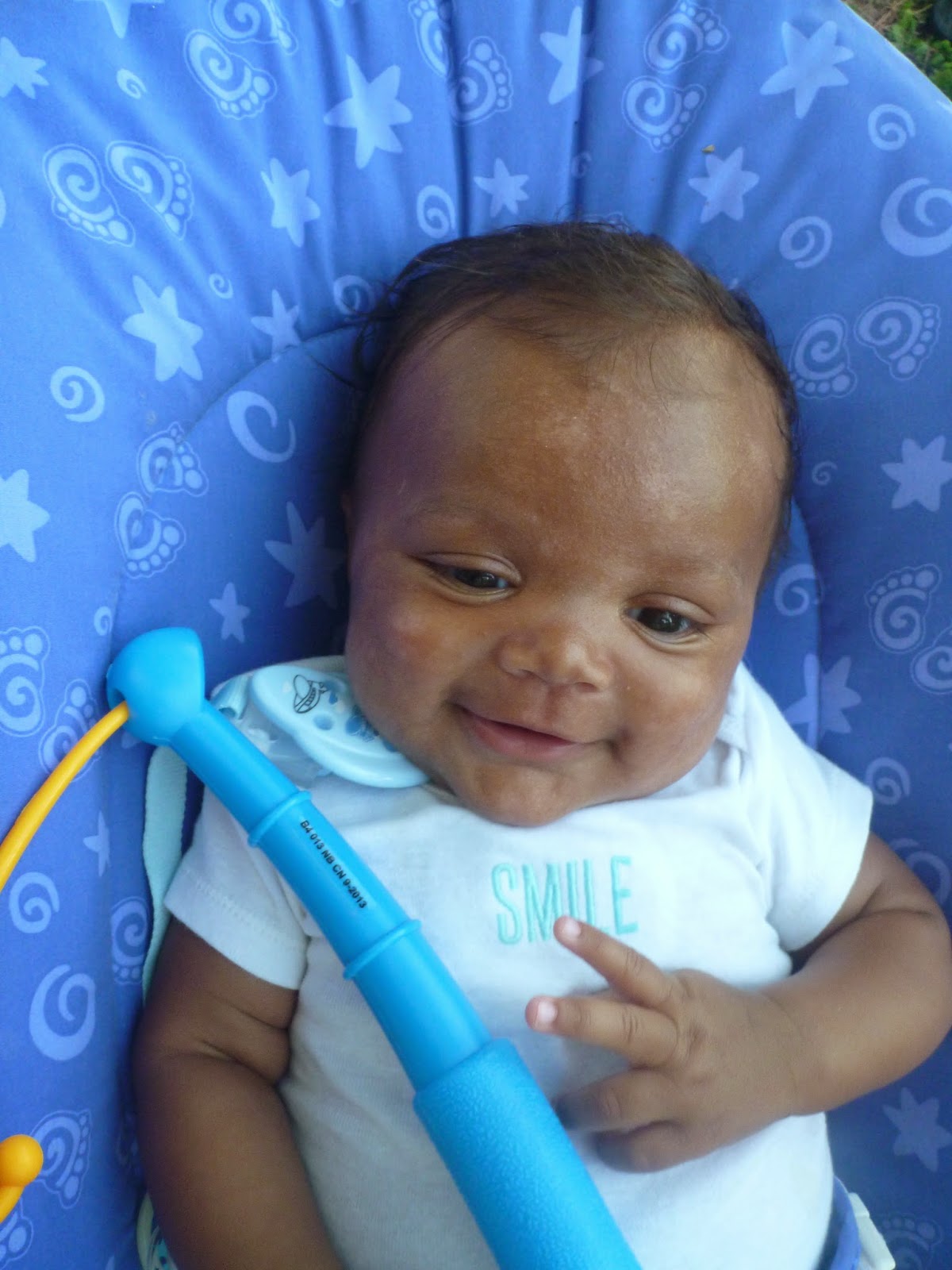