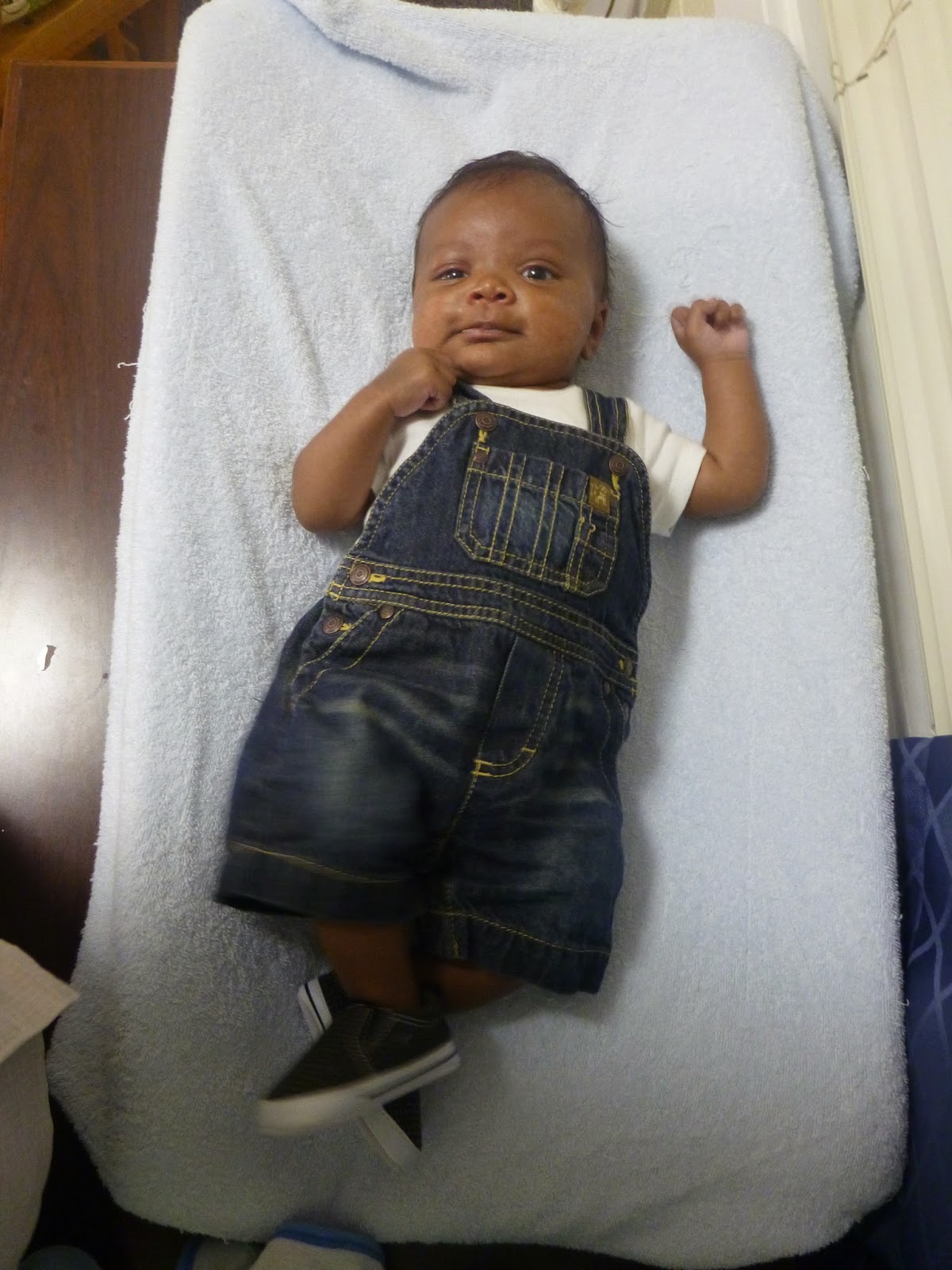 Our baby is two months old!  He hasn't had his two-month check-up yet so I don't know his weight and length but I can tell you that he is definitely big for his age because he's already in 3-6M clothes.  Water has slept through the night for the last three nights, something D and I are eternally grateful for after our experience with Fire, who didn't sleep through the night until he was almost one.  Sorry, I don't have any sleep training tips for you since we had nothing to do with it.  We are pausing before picking him up when he fusses so that he has a chance to calm himself but mainly, we're just lucky to have a good sleeper.
He still eats 6-8 ounces at a time, although we're trying to break that up into multiple feeds with breaks in between so that it's easier on his stomach. He makes that little baby dinosaur noise when he finishes the first four ounces but will calm down if we give him his pacifier.  Water is very alert and will stay up for about three hours between his naps.  He's very curious and wants to see everything around him.  I've already gotten out Fire's old Bumpo chair and braced him up in it.  He watched me cook for 10 minutes the other evening before his strength ran out and he wilted.  Water has also started smiling when he sees one of us or hears our voices.  He's not ticklish yet but he loves to have fingers run under his chin and will give you a big open baby smile when you do it.  He's just starting to coo too, which is just about the sweetest sound in the world.
We're so lucky to have Water in our family.  He's the perfect baby for our family and I hope we can be the perfect family for him.
Labels: Water