It's that time again!  Kwaj had the annual Shaving Cream Social this past Saturday.  I've been told that it started as an alternative to mischeif night which used to be pretty big on Kwaj.  Apparently they created this sponsored event as a consolation after they cracked down on the egging and TPing that used to happen.  Regardless, this was Sky's second time participating and just like last time it took her a while to warm up to it.  She didn't like having the shaving cream on her hands and didn't want her friends to rub it on her.  Sky also refused to run after her friends to try to smear shaving cream on them.  The other moms and I were laughing at ourselves trying to teach our kids the idea of revenge when we're usually trying to teach them to not try to get back at each othere! 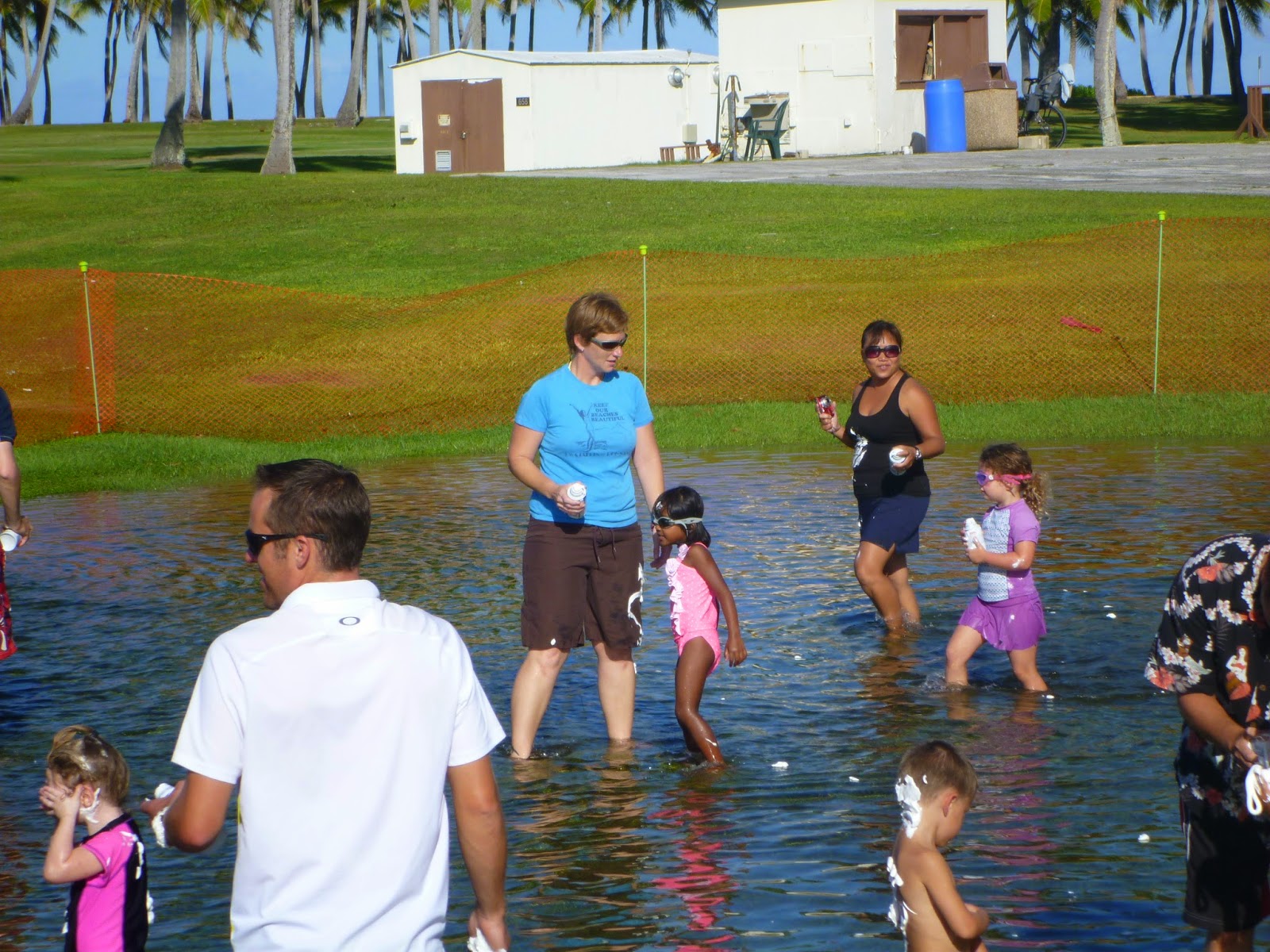 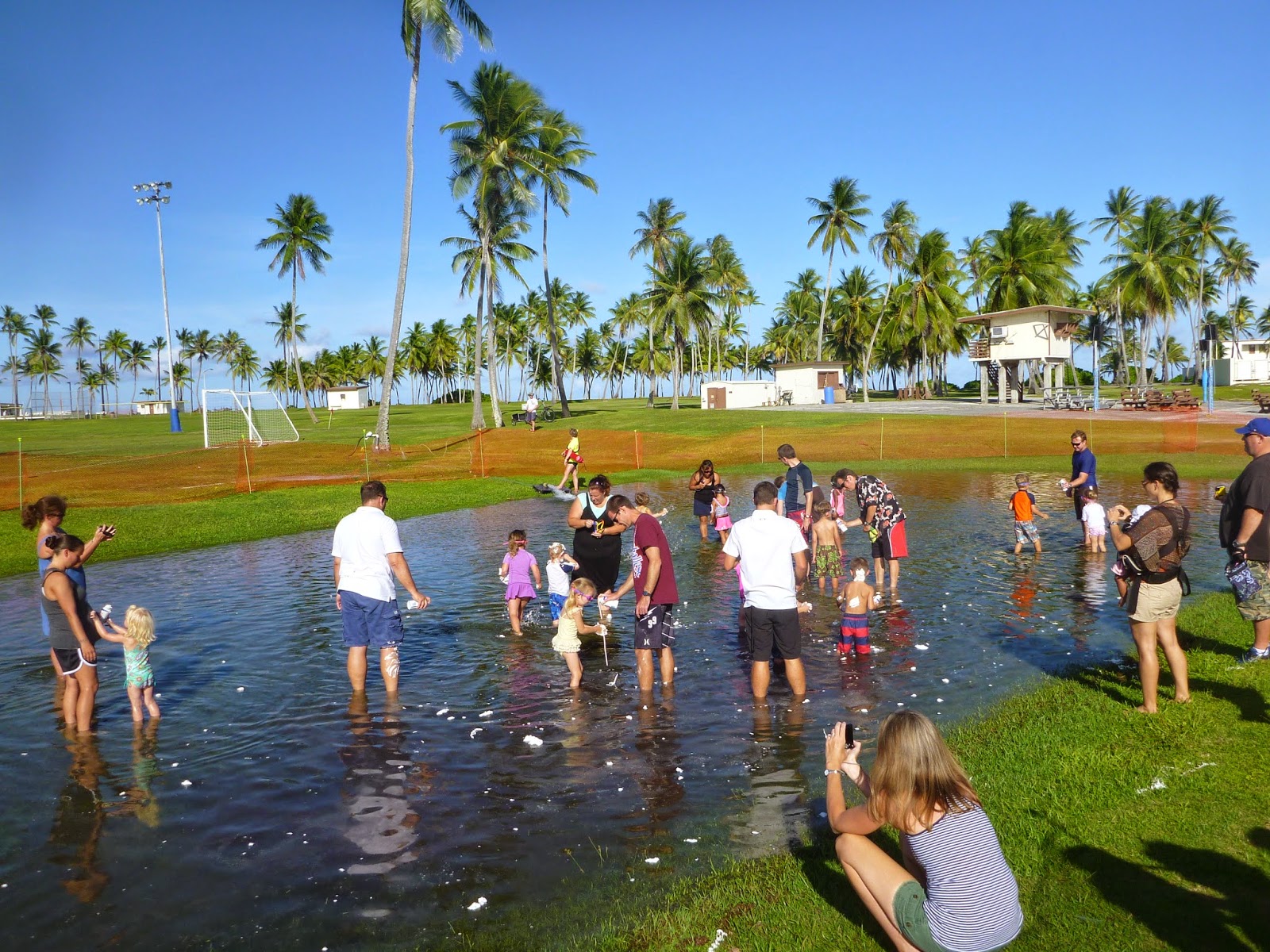 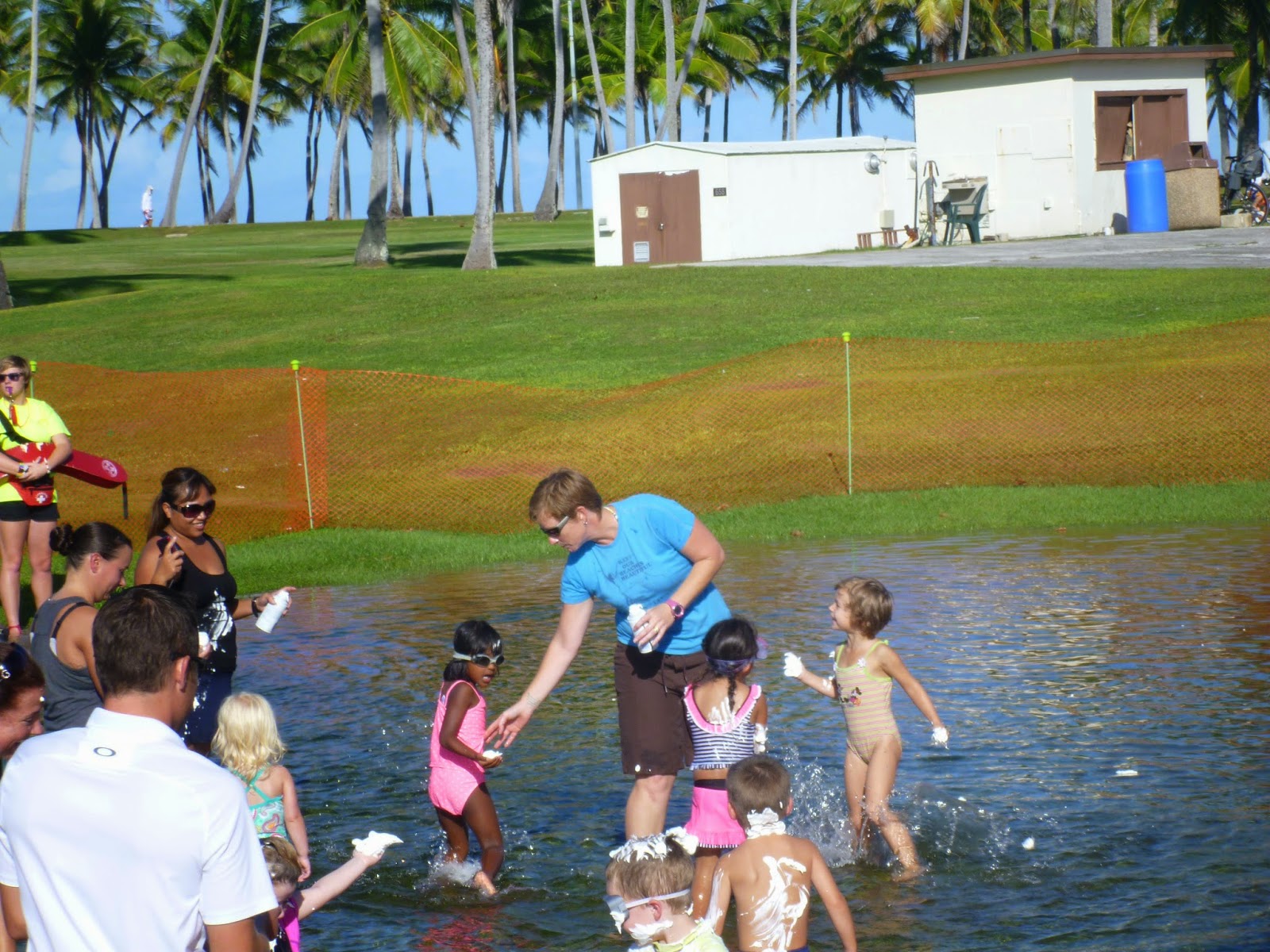 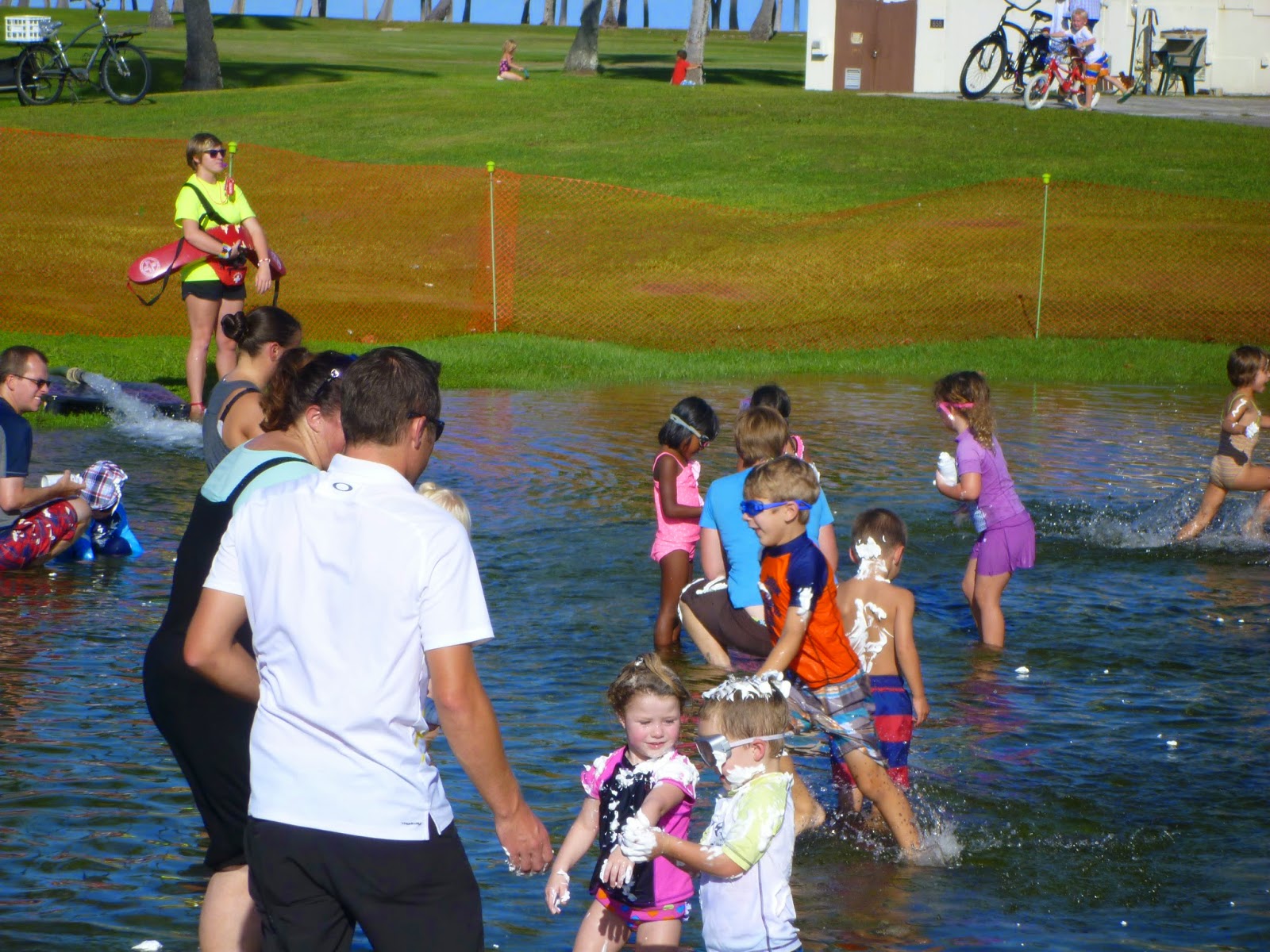 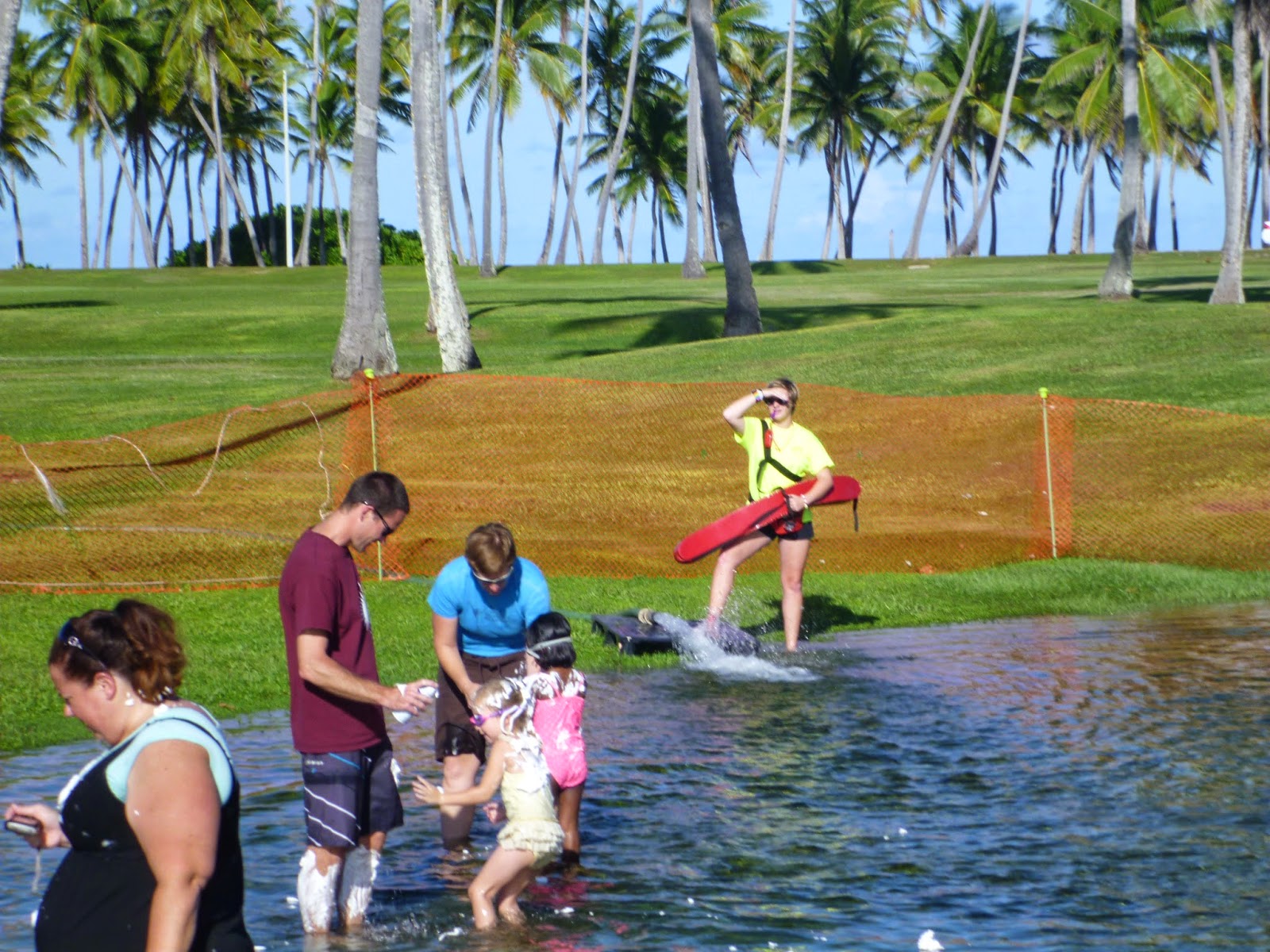