Cooking From the CSA #2: Pumpkins! 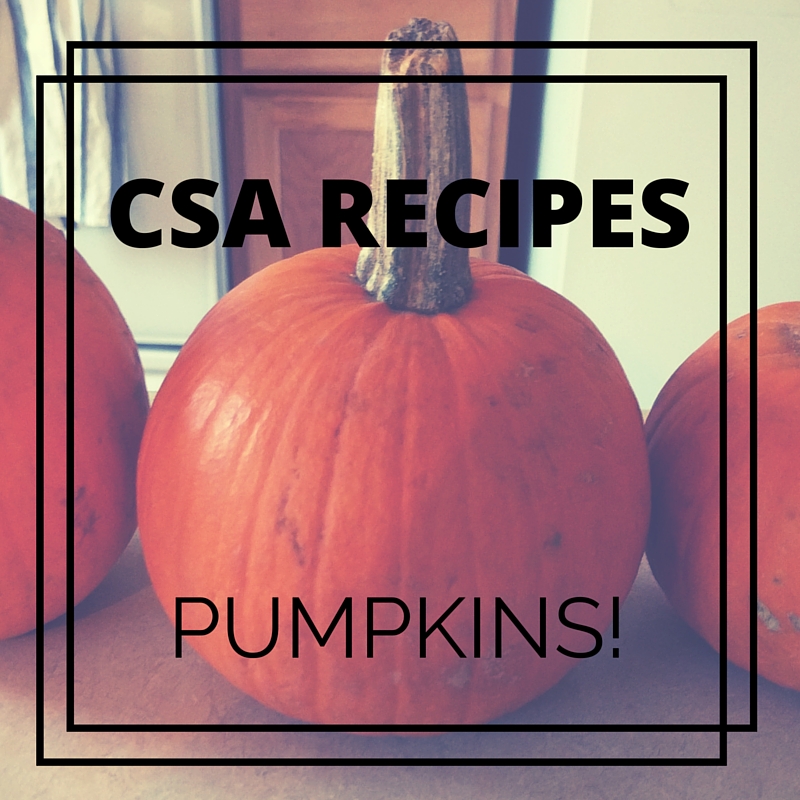 I was super excited to see our produce list for our second week's CSA pick-up: arugula, navel oranges, pecans, pie pumpkins, pinto beans, red potatoes, red russian kale, and yellow onions.  Not only were the ingredients all ones I was familiar with (and wouldn't have to convince my kids to try) there were pumpkins!  I've been wanting to try making my own pumpkin puree for a long time and now I was going to get the chance. 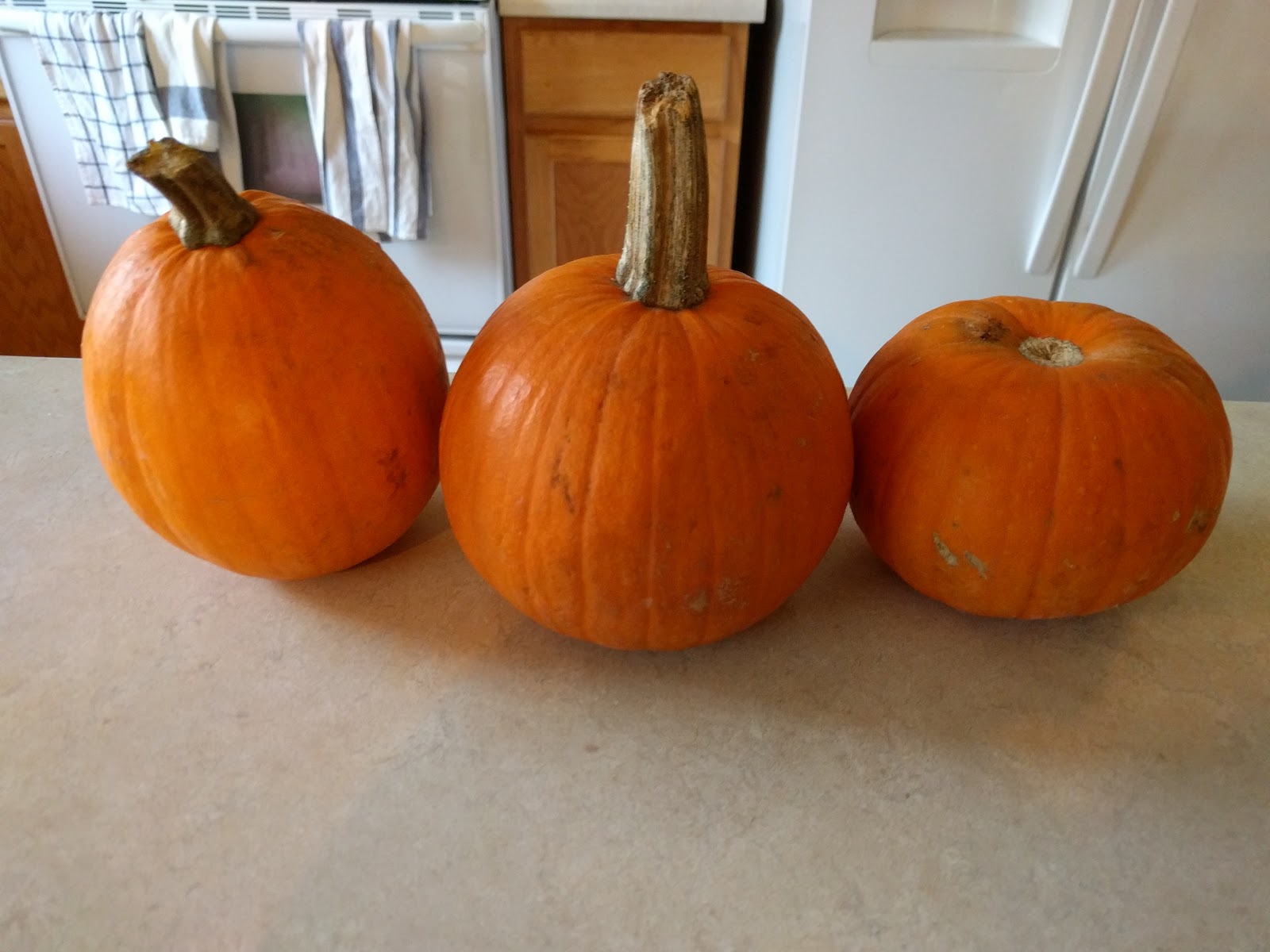 We got one pumpkin in our CSA share, I was able to trade our pecans for another one, and someone had left a third on the free table. While I had a general idea from cooking other squash of what I needed to do to make the puree, I did reference Alton Brown's recipe to make sure I got the temperature and cooking time right. 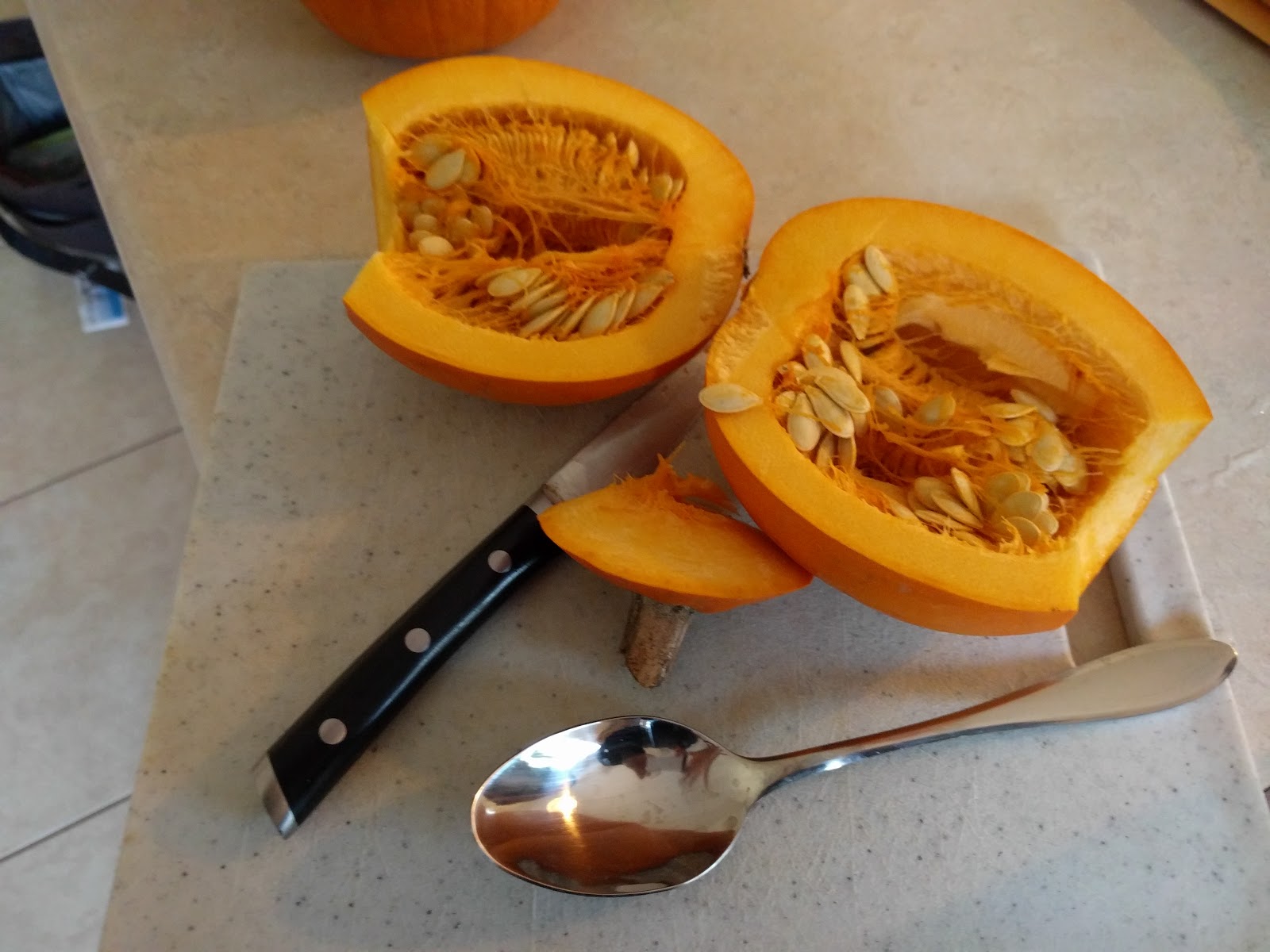 Remove the stems and cut in half 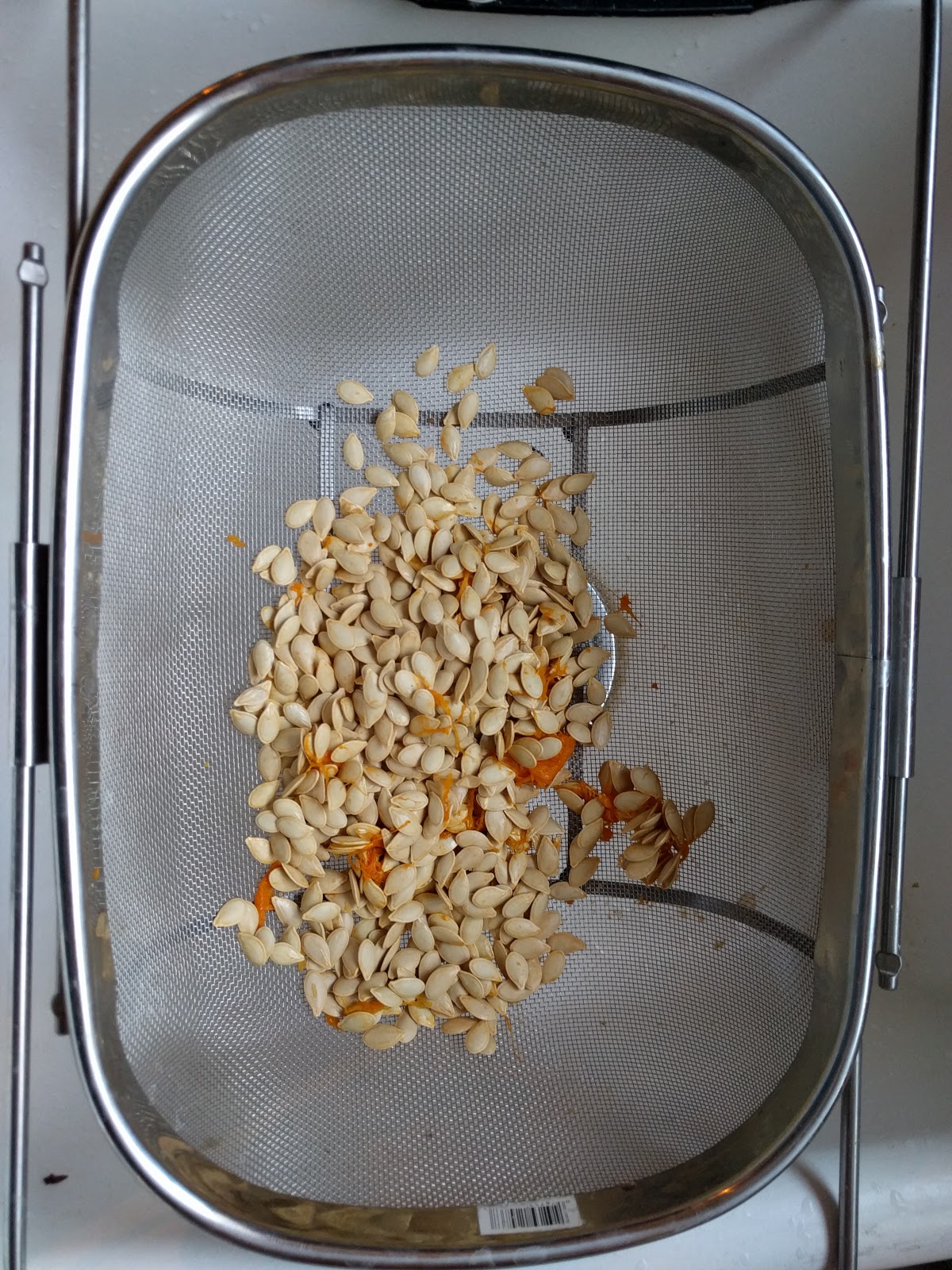 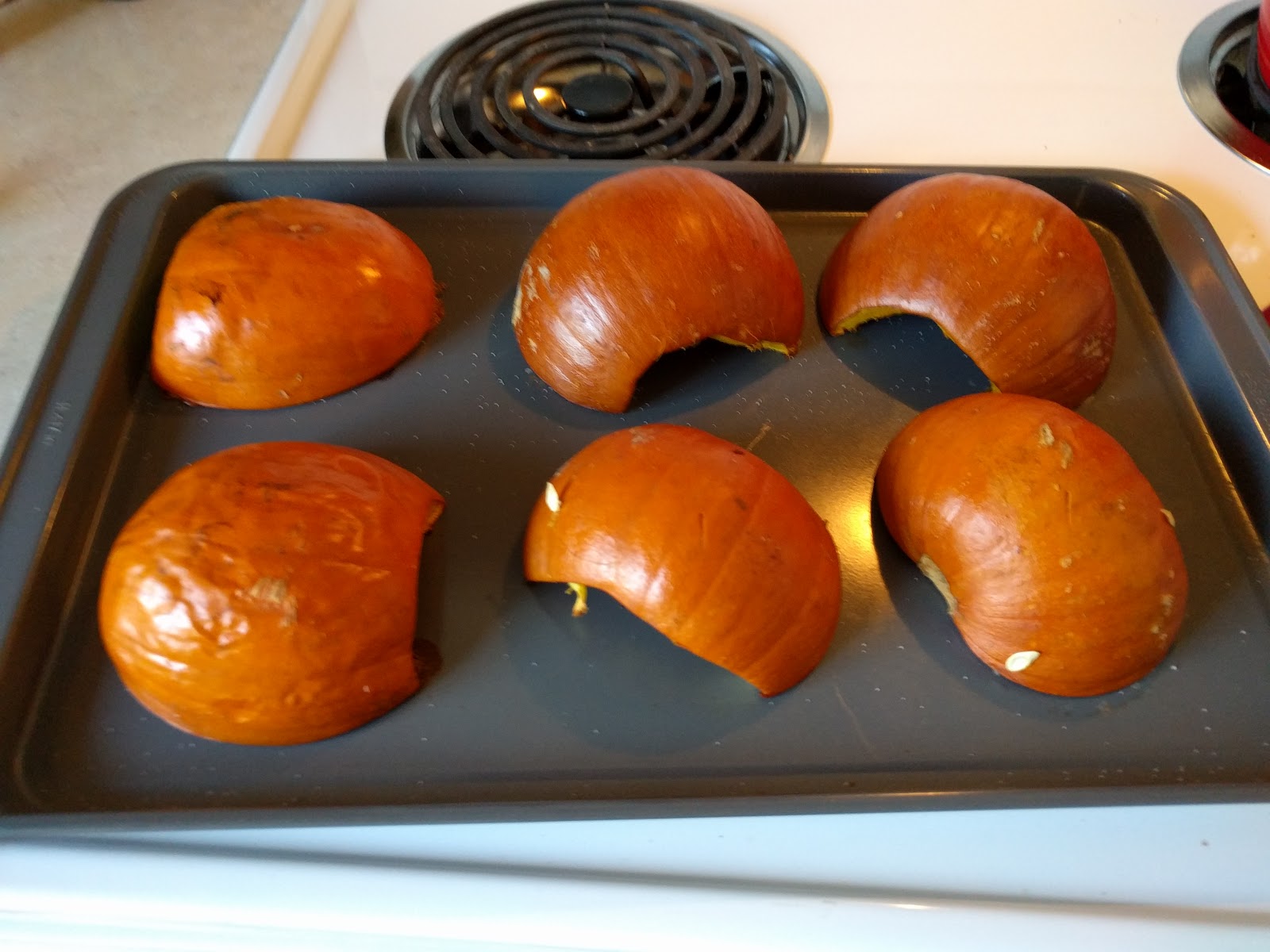 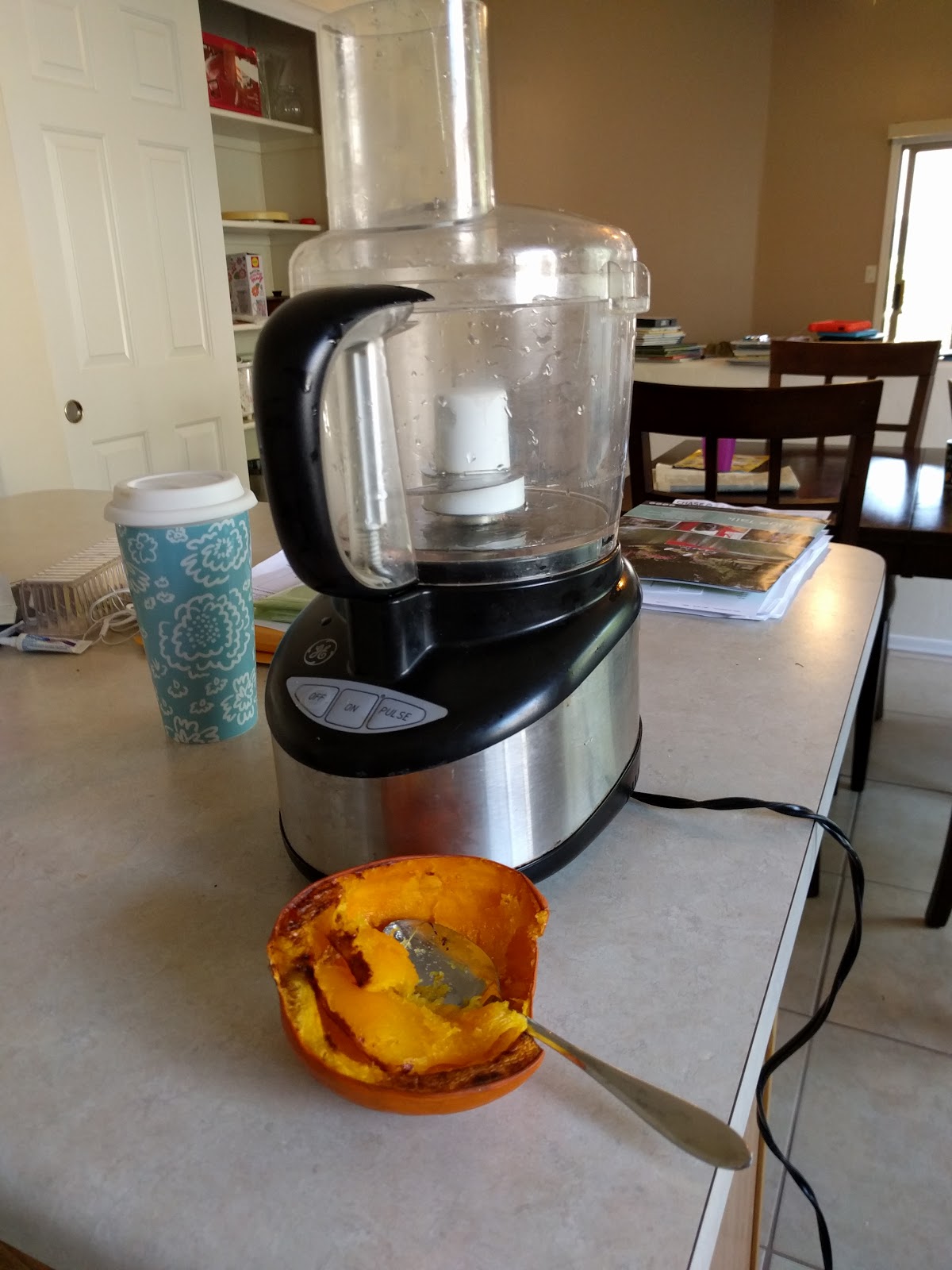 Once the pumpkins are cool, scrape flesh into a food processor and puree 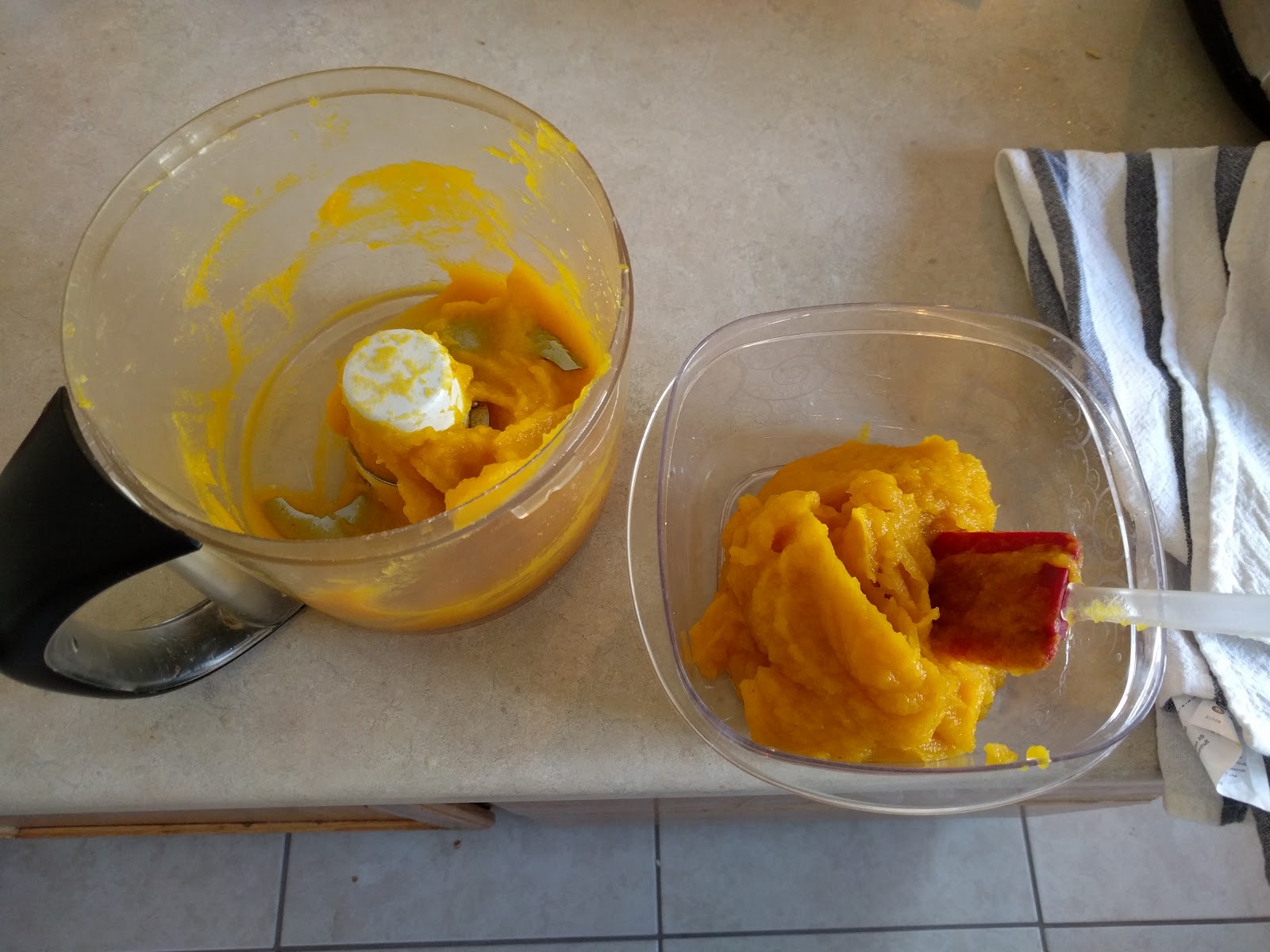 Voila!  Homemade pumpkin puree.  I ended up with about two cups of puree and while it didn't have as strong of a pumpkin flavor as the canned version from the store, I loved that I had made something for my family from scratch. 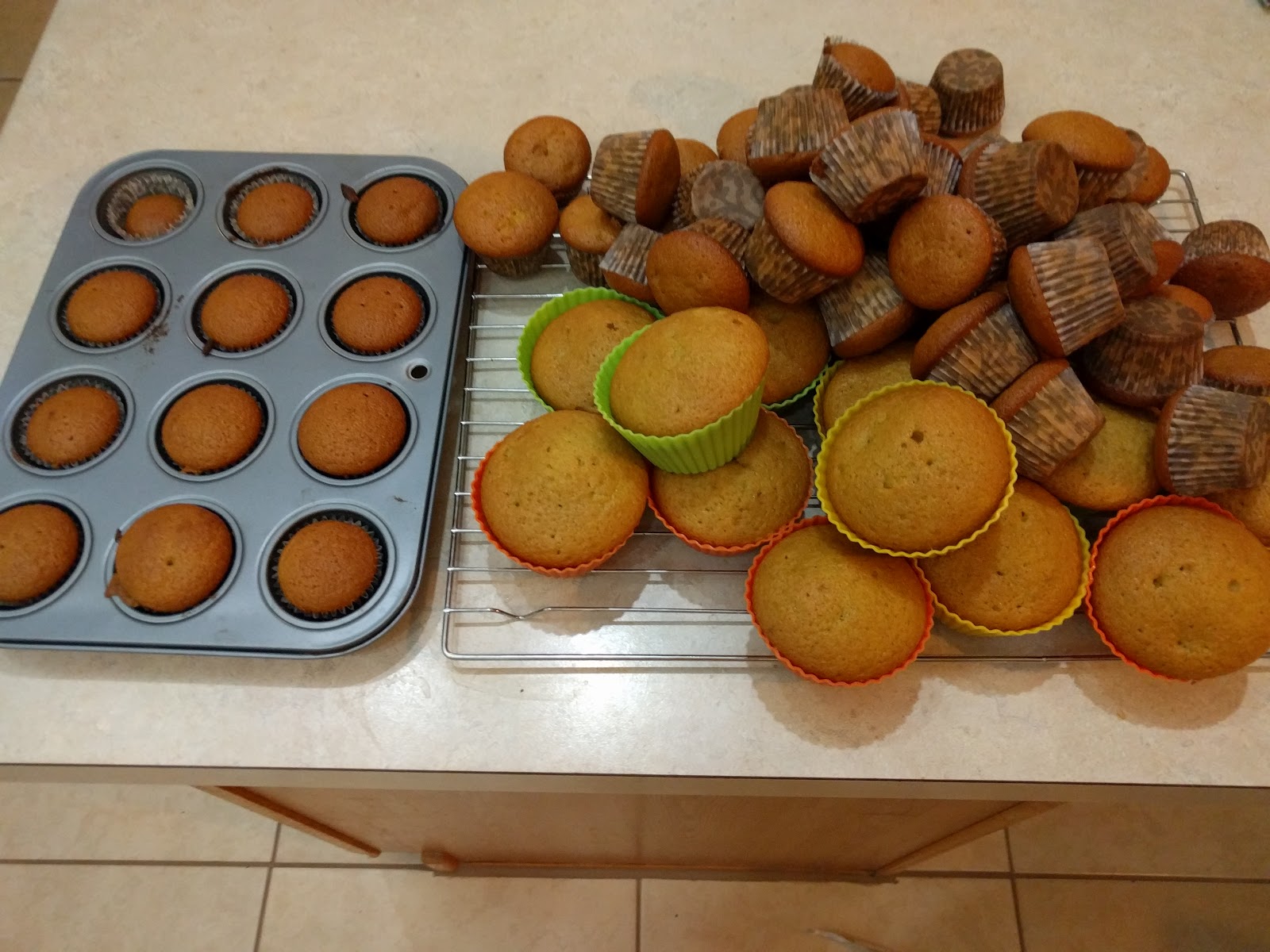 When I had time a few days later I turned all that puree into all these muffins. Yum! My kids loved them and have been having them for breakfast every morning ever since.

We got arugula in our CSA share this week and while we love some extra flavor in our salad, I still hadn't managed to use up all the arugula from last week yet.  What to do?  A little brainstorming led me to the idea of arugula pesto.  I turned out to be the perfect way to use up all the arugula at once and would allow me to freeze it, saving all that fresh green-ness for later. 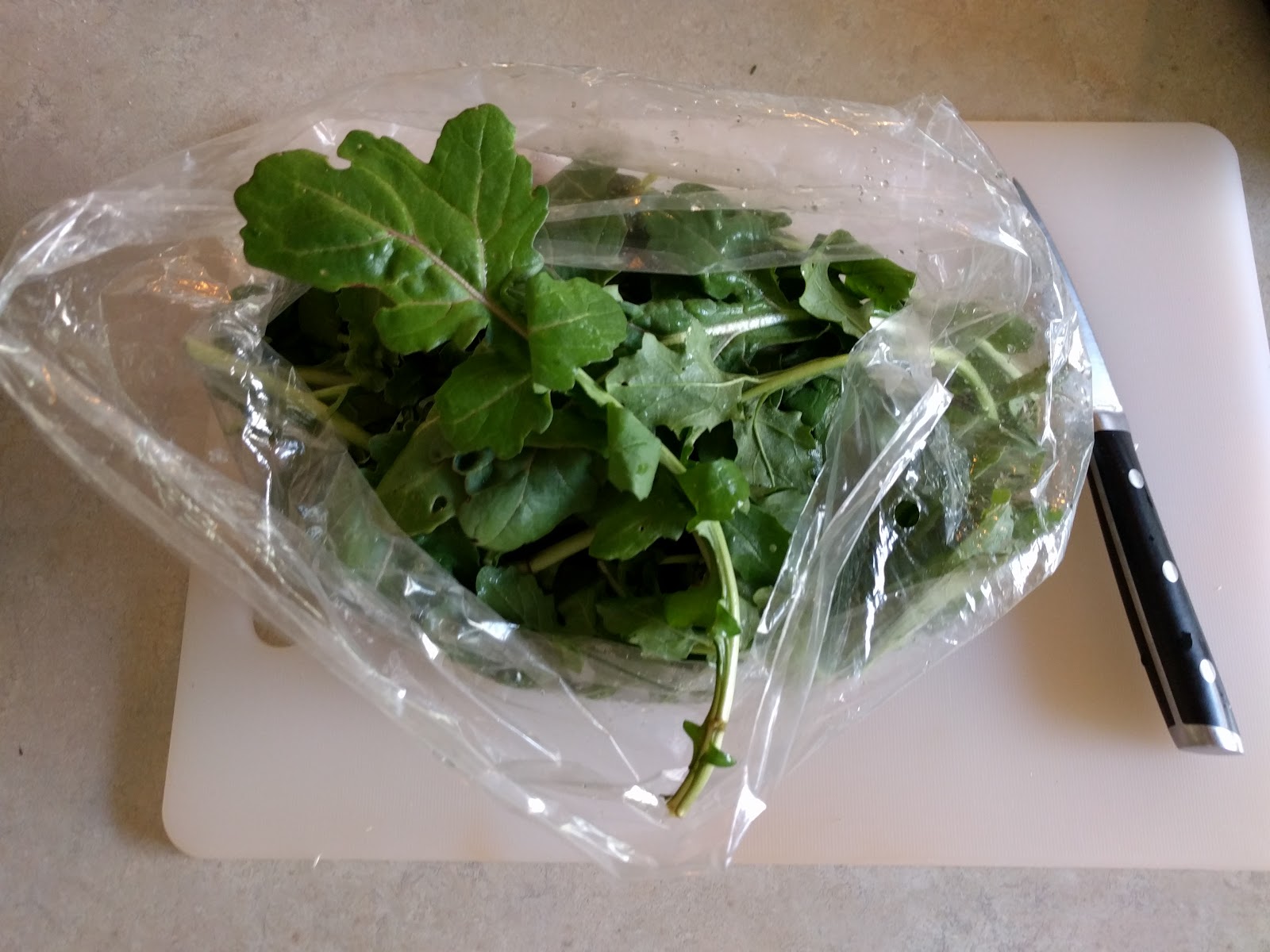 Since I've never made pesto from arugula, I followed this recipe (but left out the nuts, since D is allergic). 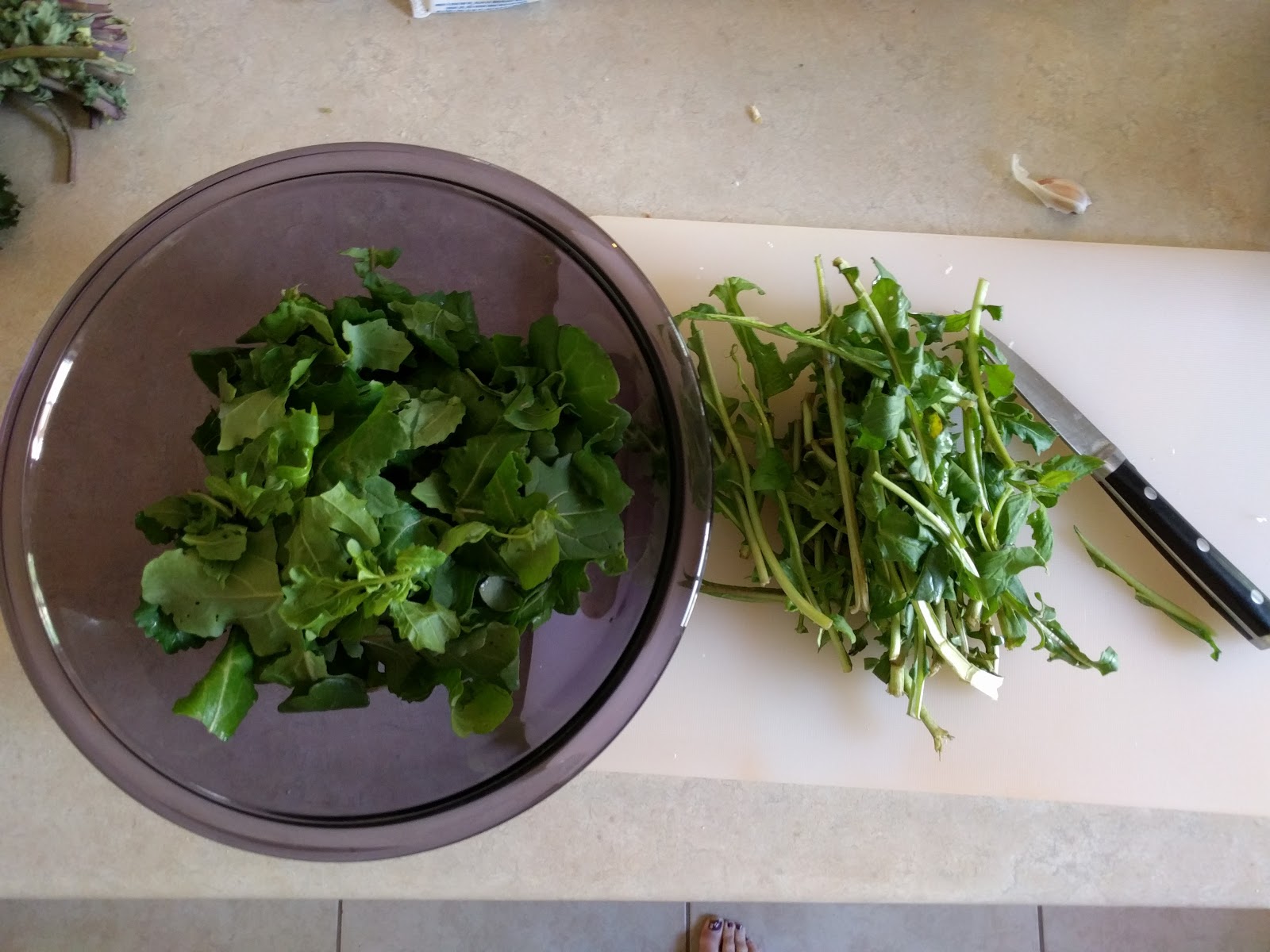 Clean the leaves and remove any stems 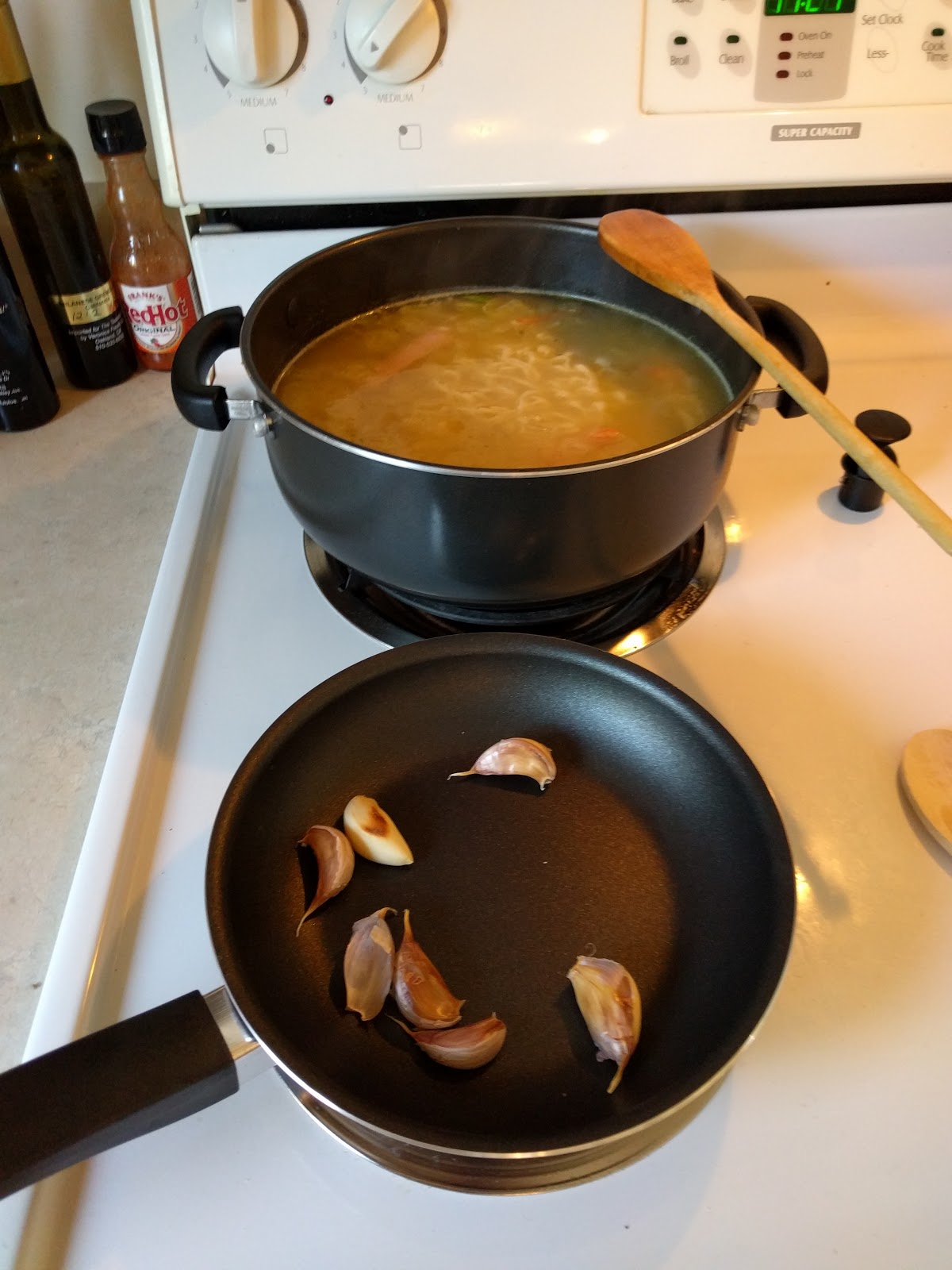 Roasted the garlic (skin on) on the stove until lightly browned 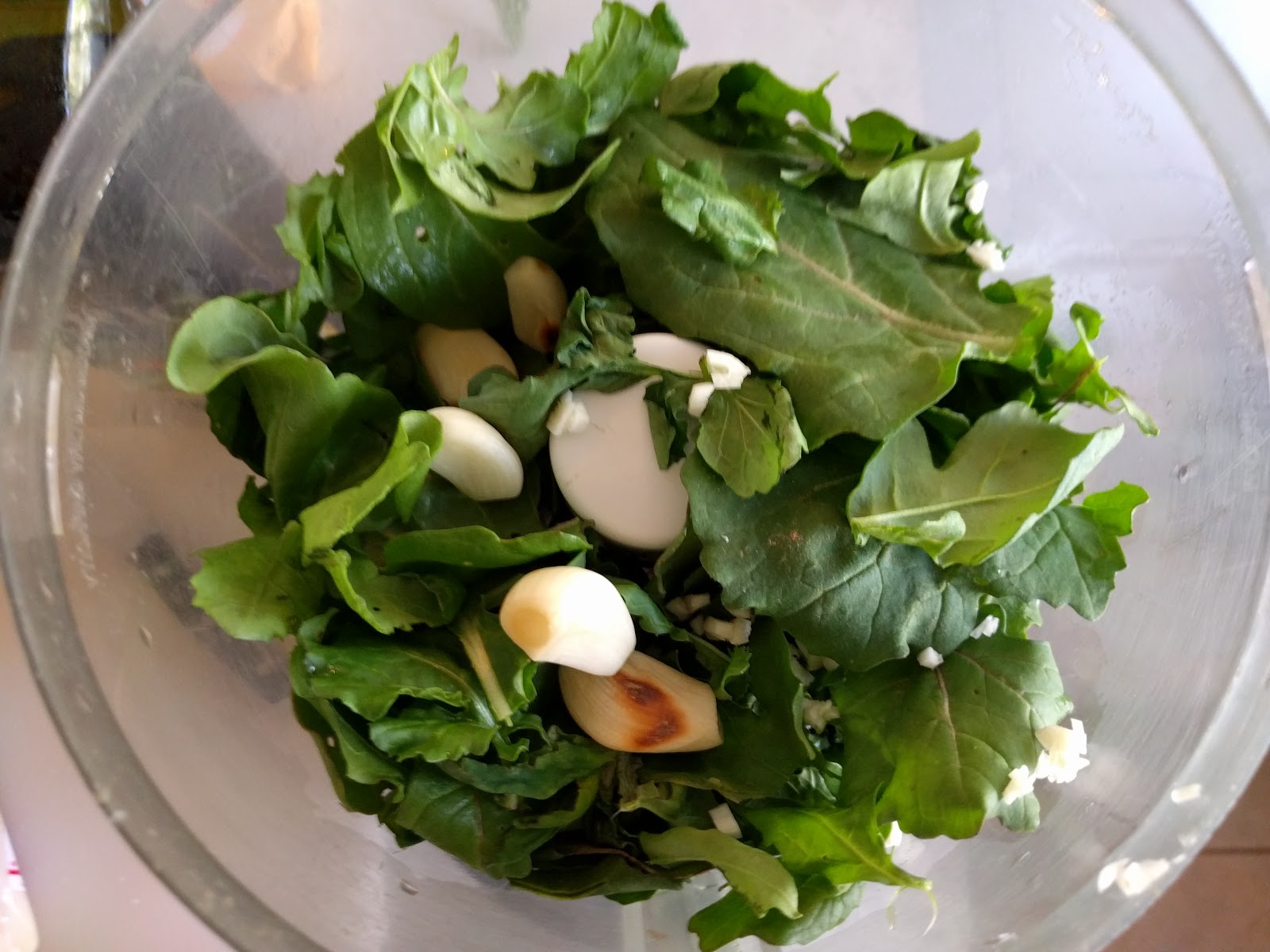 Add the arugula and garlic to the food processor 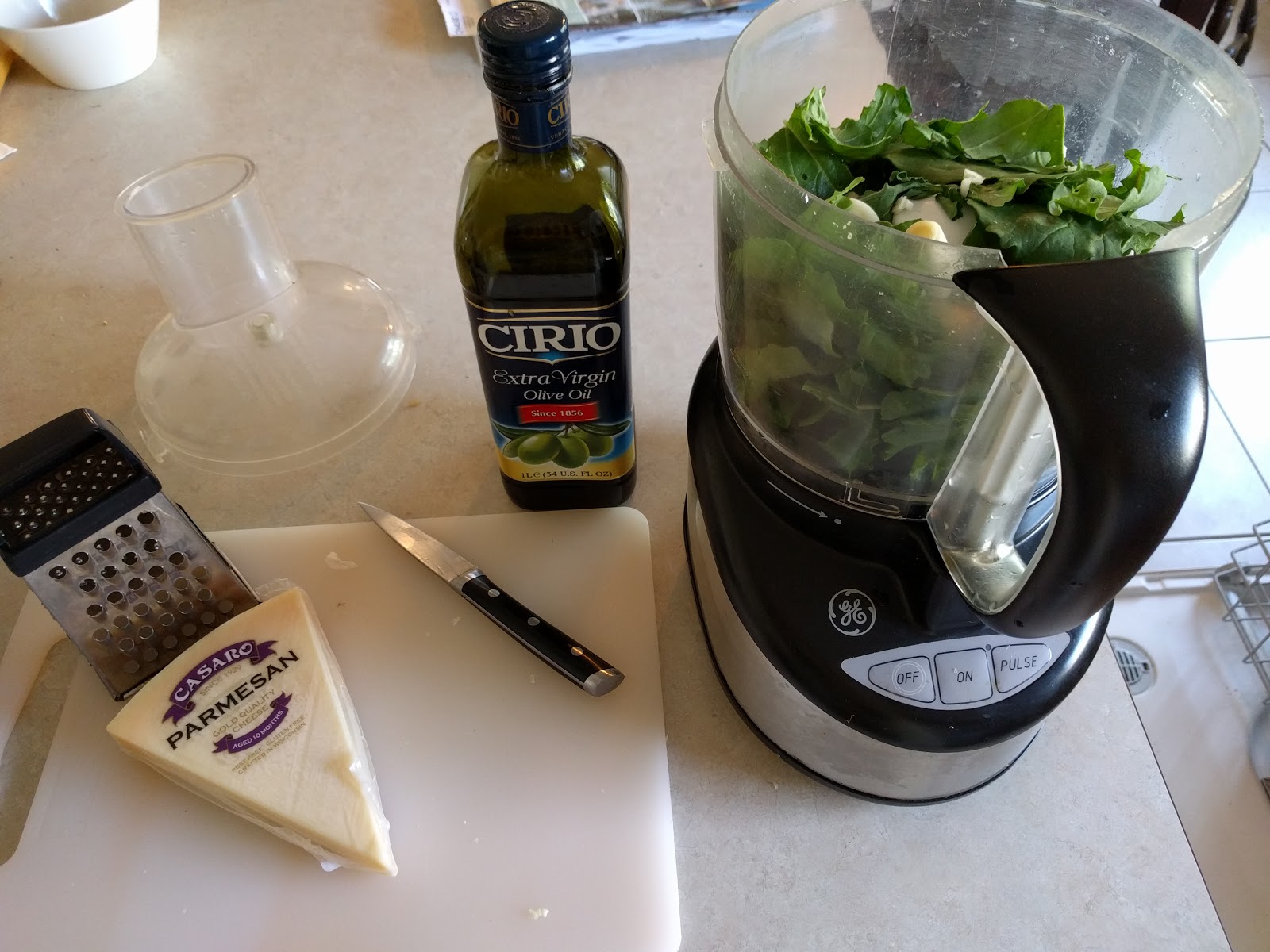 Add the olive oil a little at a time as you run the food processor.  I ended up only using half of what the recipe called for 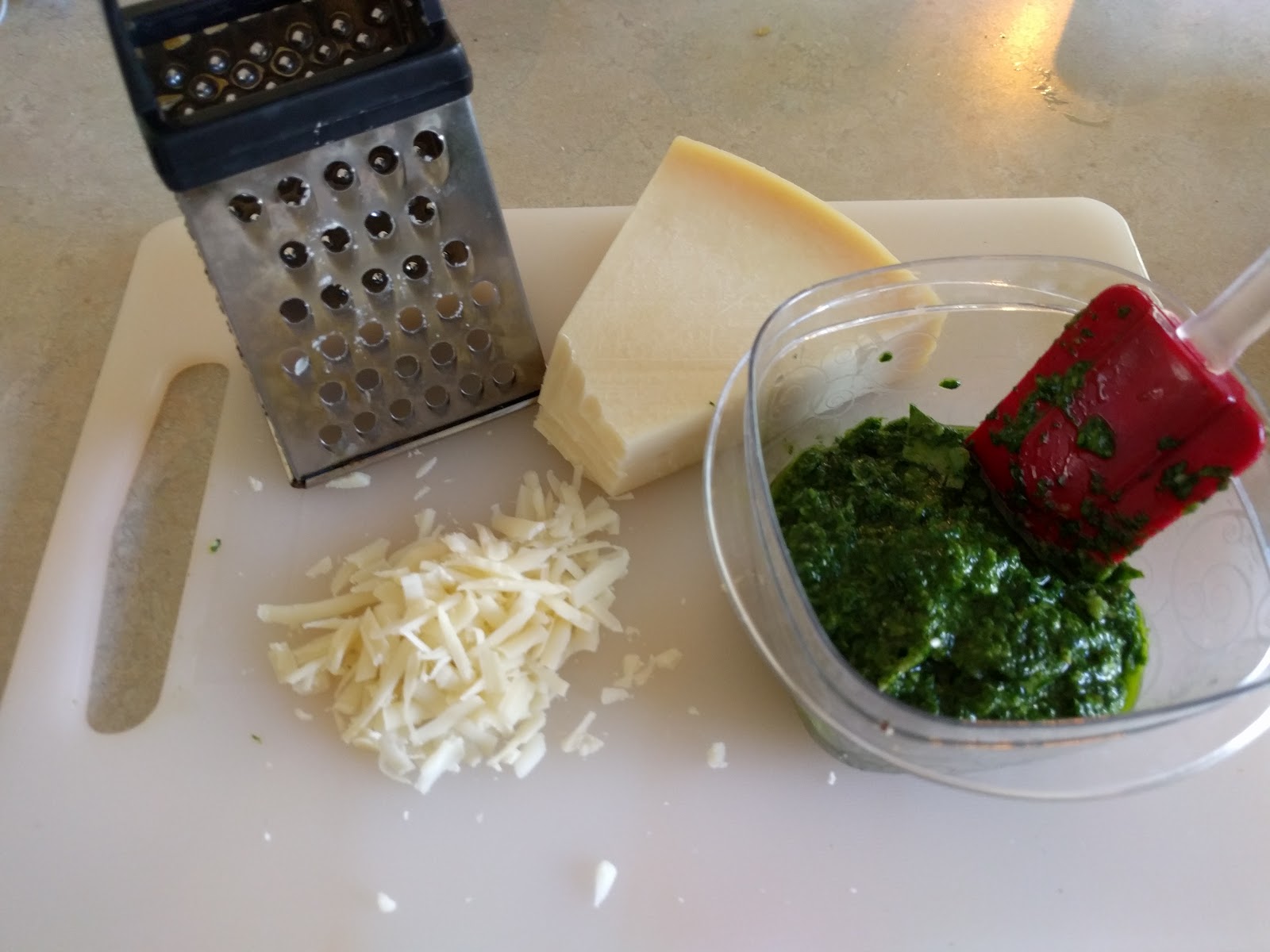 Once you have a paste-like consistency, add your Parmesan cheese and your done.  This recipe used up a bunch and a half of arugula and made about 3/4 of a cup of pesto.  It's in the freezer now but I think I'm going to use it on a pizza later this week.

The potatoes and onions (along with some carrots from the store) were baked with pork chops. 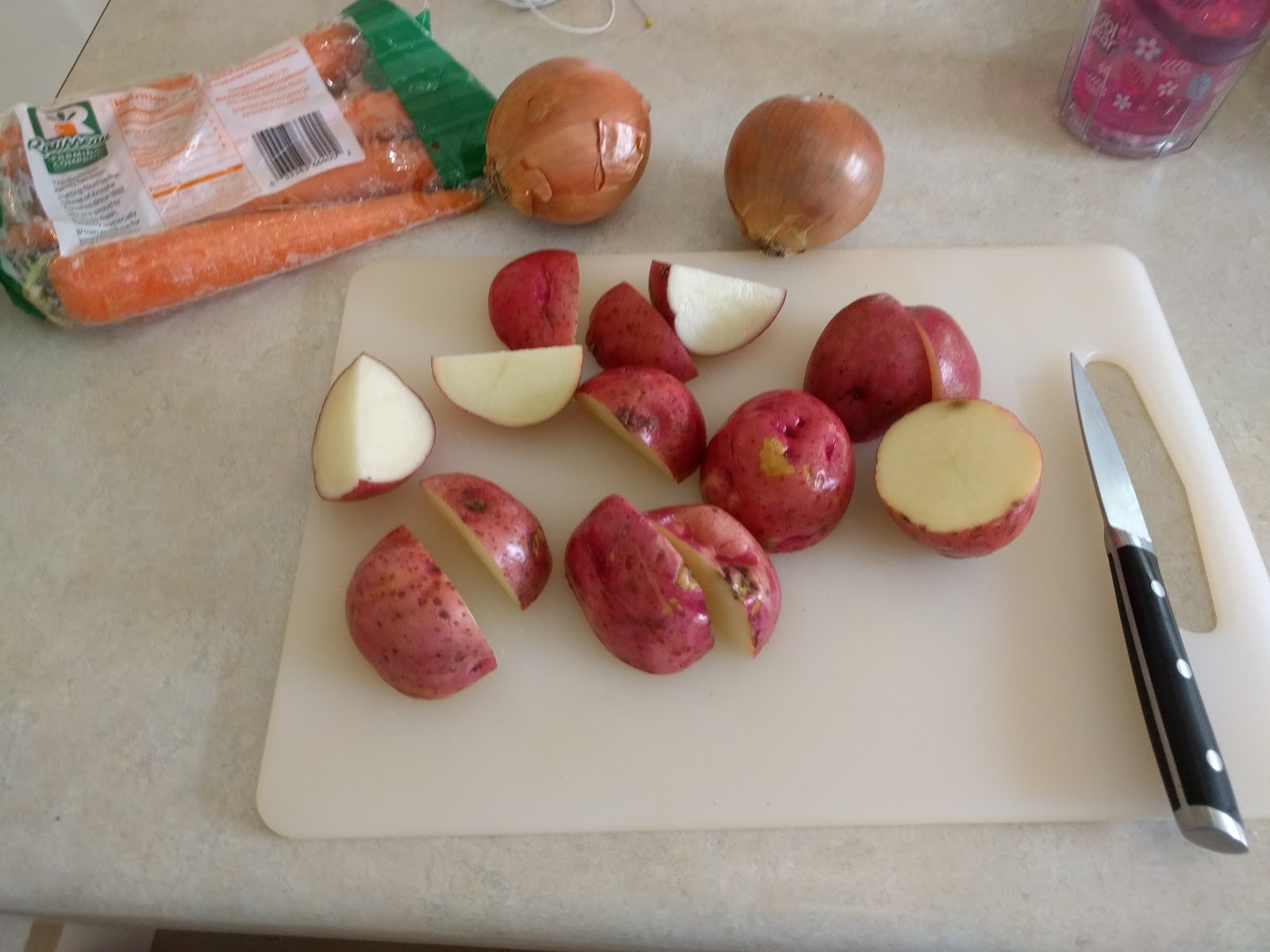 Of course, we had to make kale chips from the red Russian kale.  We used the same recipe as last time and while the kids tore right through the chips just like last time, I think the Tuscan kale had a little bit less of a bitter taste than this kale. 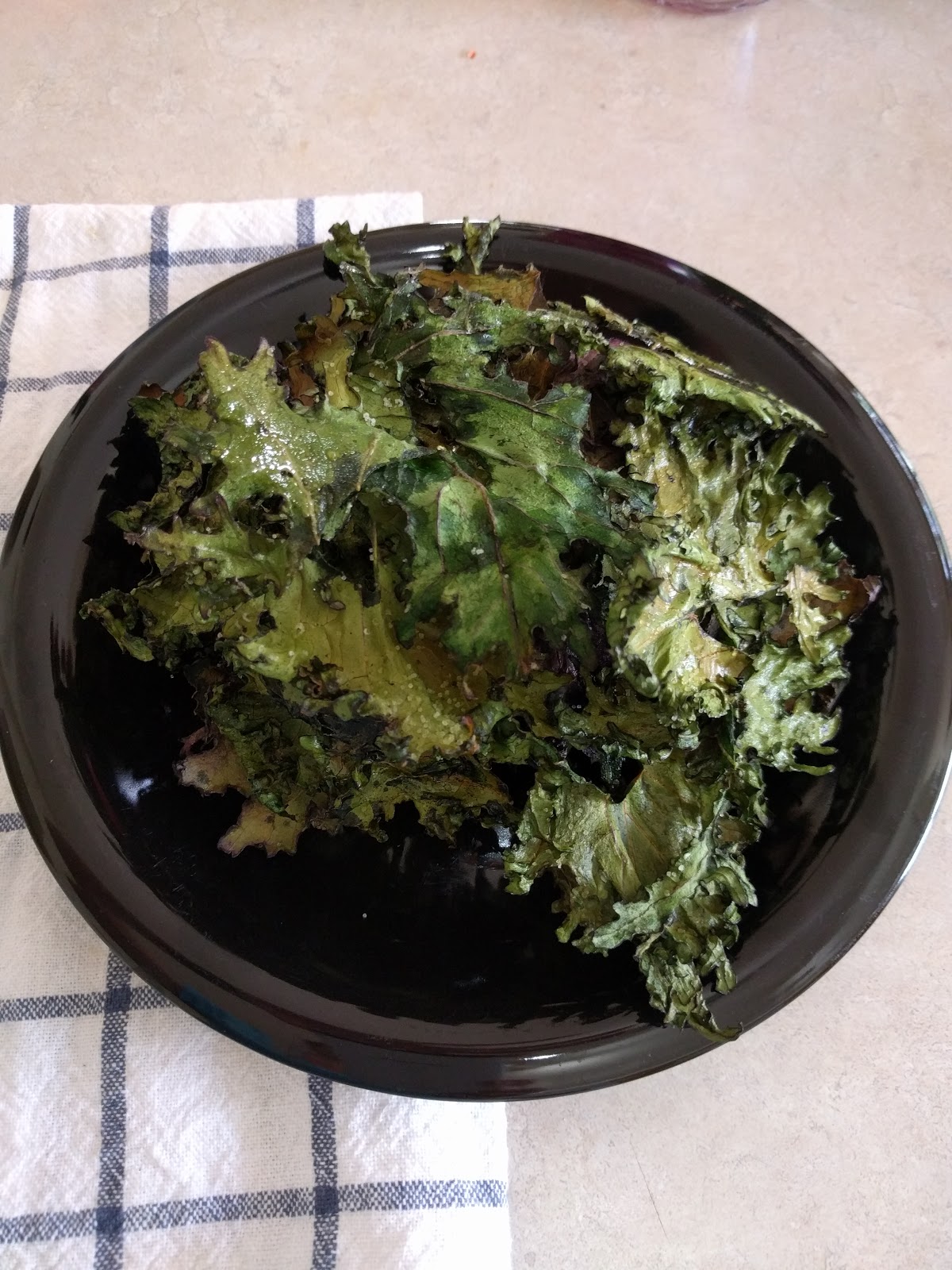 I was so happy to see beans in our CSA share this week.  I hadn't expected any dried foods and we've been wanting to eat more beans.  Contrary to what you might think, age does make a difference in dried beans and I was really looking forward to trying some that were a little fresher than the years-old ones we could buy on Kwaj.  I used the Pioneer Woman's recipe for beans (I thickened my gravy with flour but otherwise followed her recipe) and served it with corn bread (Jiffy mix, spiffed up with some cheese and leftover whole kernel corn).  An easy hit with the family. 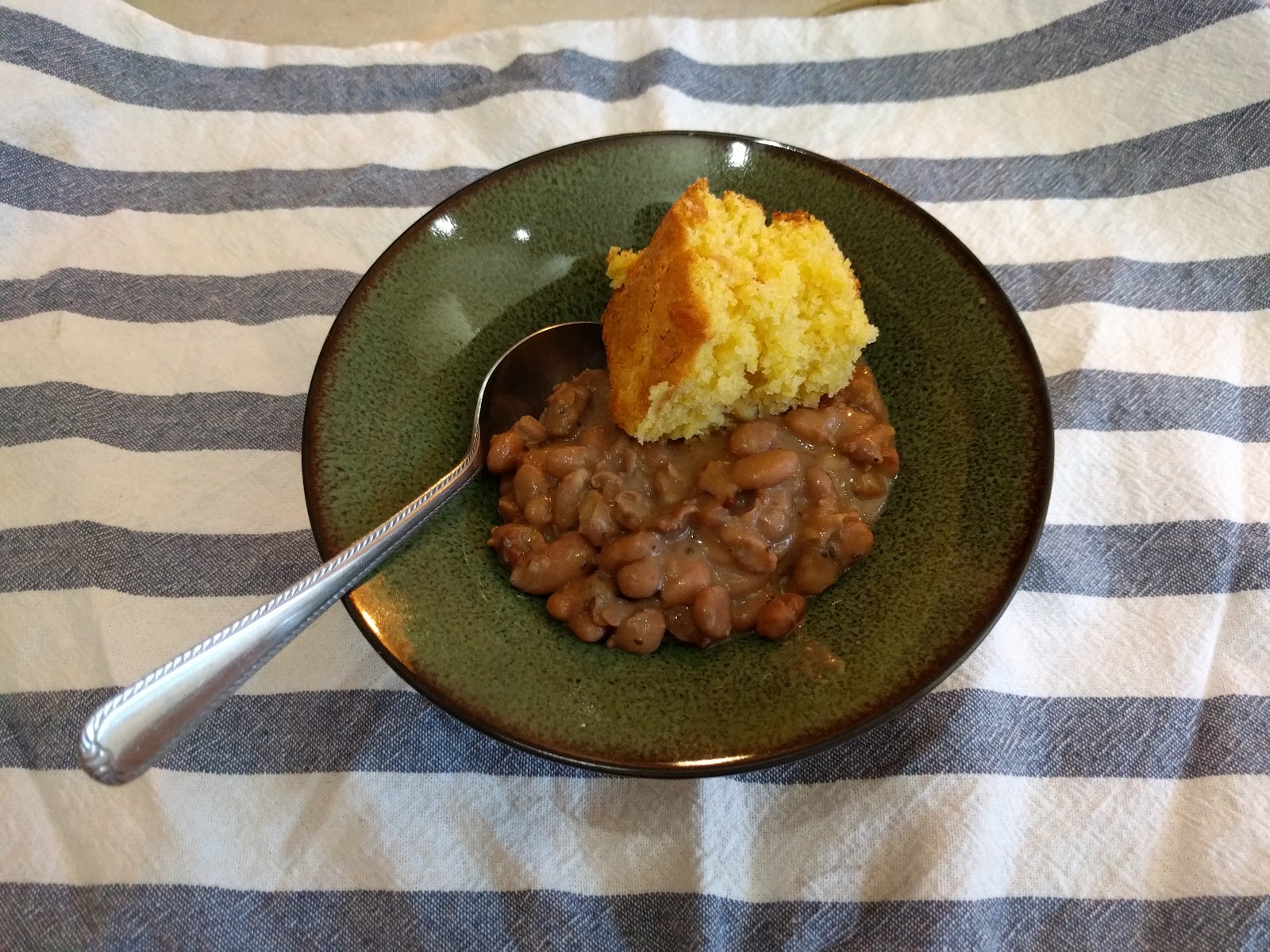 I am really enjoying cooking from our CSA share every week!  I really is pushing me to think more about our food and we're eating a better variety than ever before.  Did you make anything new this week?