Five for Friday #31: A Week of Beginnings

High five, friends!  It's Friday; the week is over and we're headed for another weekend.  How was your week?  Ours was actually pretty exciting in a bunch of small ways.  Let's start with this one: 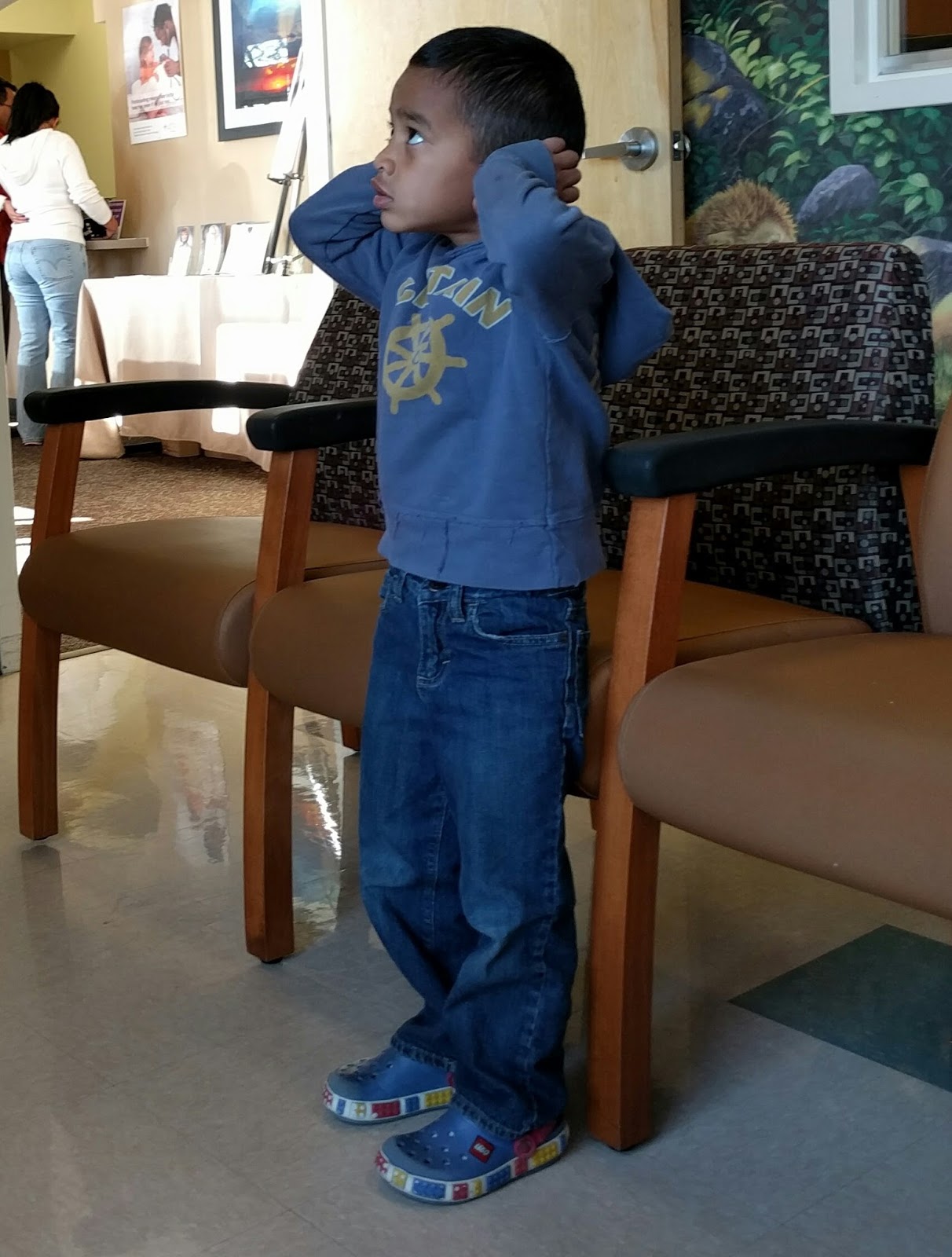 Fire has been having lots of ear infections and that combined with his verbal delay had us concerned that he had hearing loss.  As I mentioned before, he failed part of his hearing test last week so this week he saw a pediatrician, an ENT, and an audiologist (let's just pause here to be amazed that all those visits were arranged and completed in a week, something that would have been impossible on Kwaj).  The experts say that his ears are fine and that there's no residual damage from his ear infections.  I have their report already and Fire is all set up for another special needs assessment at the end of February. 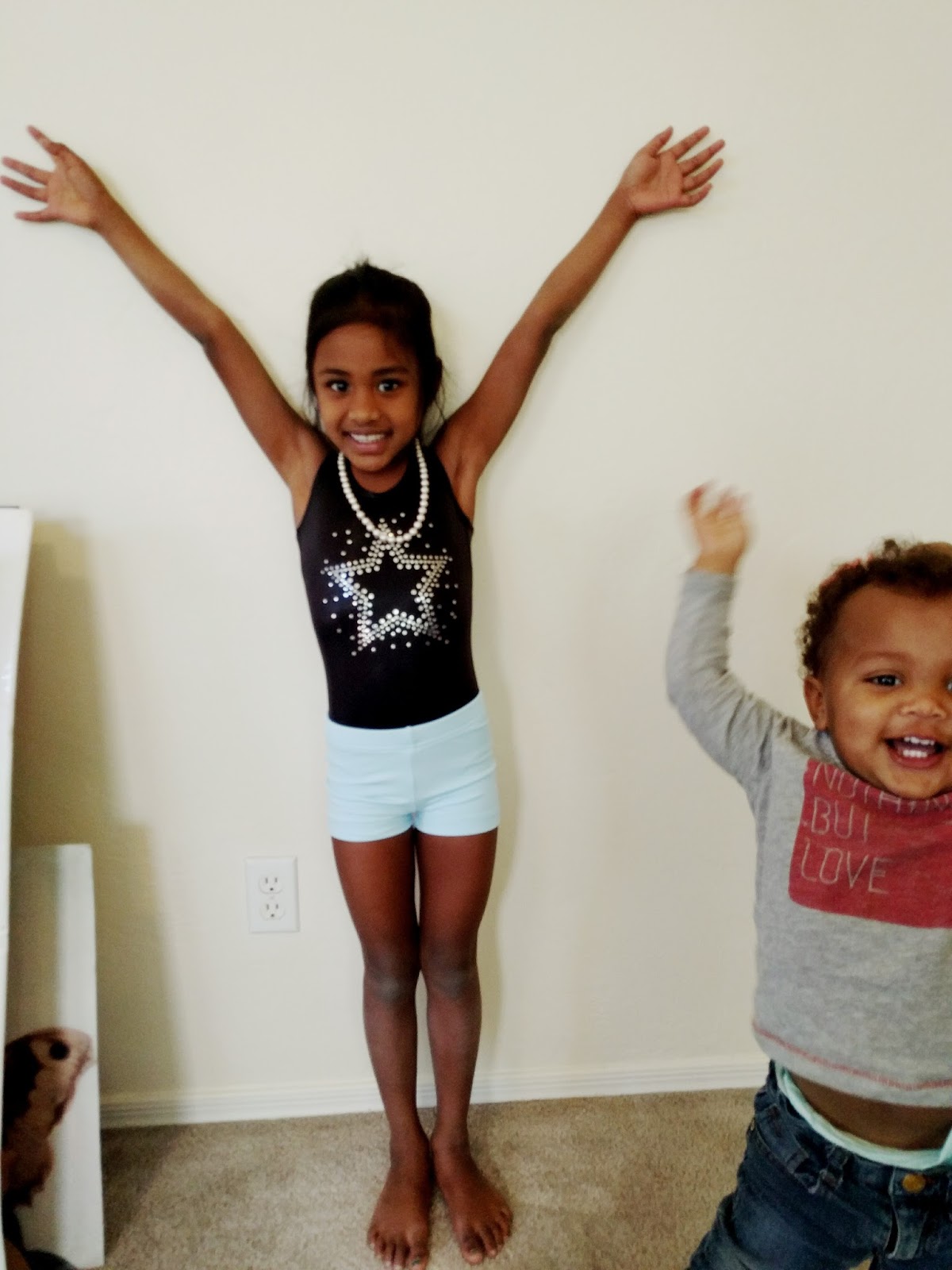 Sky's coach asked her to join their developmental (pre-competition) team this week!  She's only taken two classes but everyone has been really impressed with how strong she is (she can pull herself into and hold and 10-count chin up without even thinking about it) and they think she has some innate potential.  Sky was just getting to know the girls in her other gymnastics class so she's a little nervous about having to make new friends again but we're going to try it.  I don't want to push her but I keep imagining a big future for her in gymnastics (2024 Olympics?  You heard it here first!) 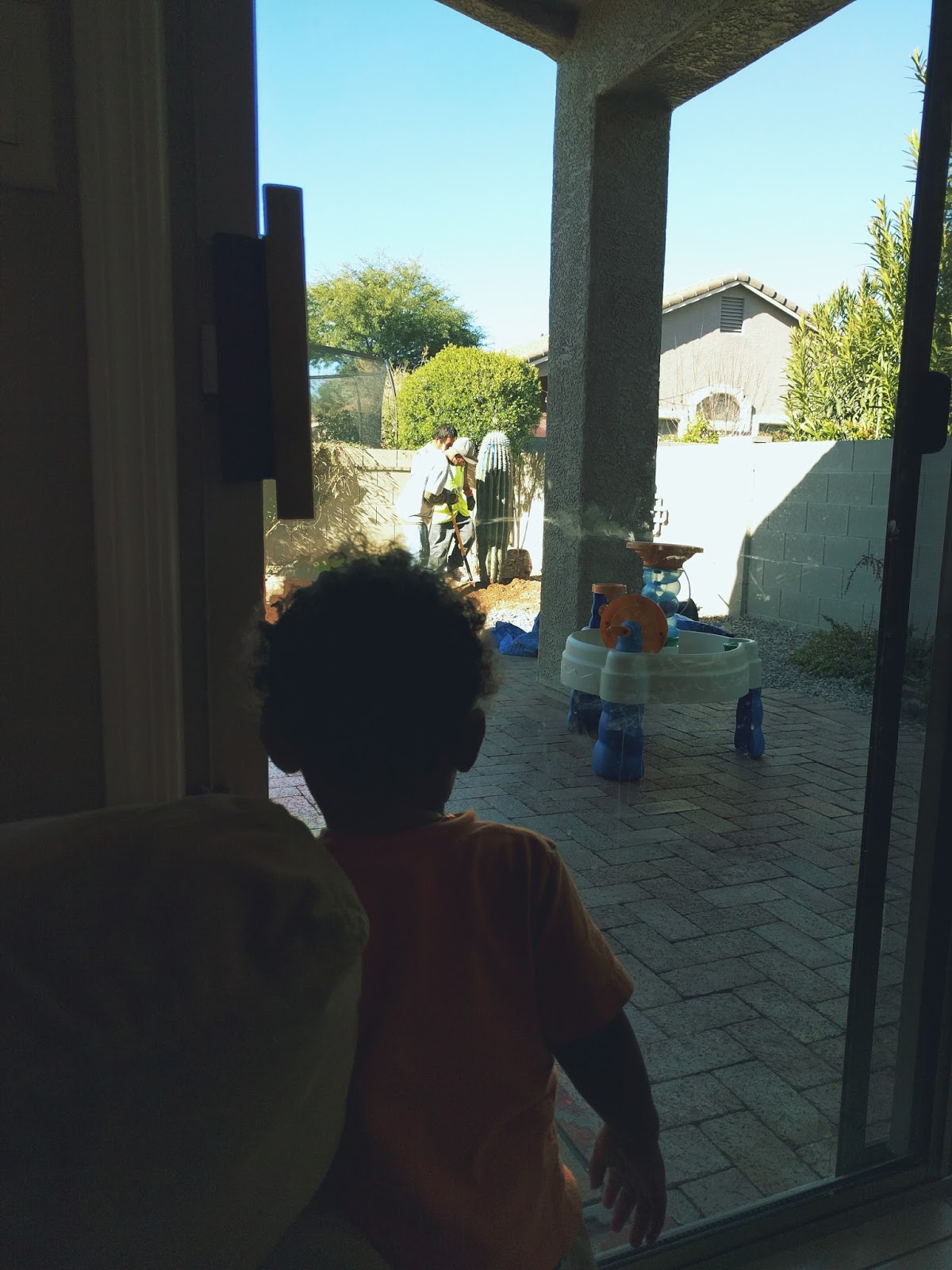 The backyard remodel has started!  I don't want to post any pictures until it's all done but the one above shows D's saguaro being installed.  He insisted on getting one since we're living in Arizona.  The remodel schedule has stretched out a bit but we it should still be done, including the playground installation, by next weekend. 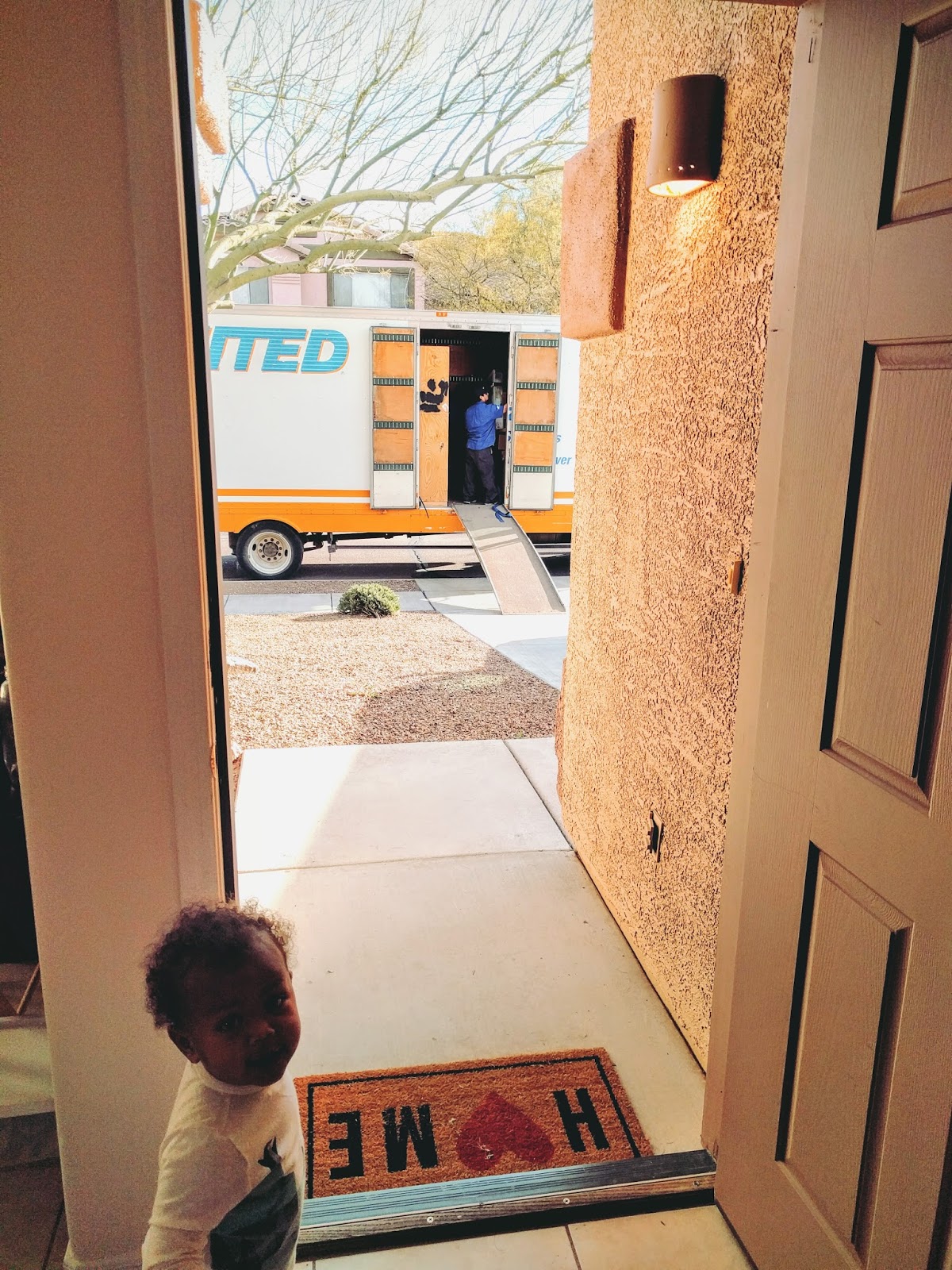 Our household goods arrived from Kwajalein!  My living room is full of boxes again but I'm so happy to have all our things delivered.  It feels like a major hurdle to have it all here and it'll be really nice to be able to fully unpack and truly start settling in to our house. My little running buddies and daily shadows. Our day together starts once D, Sky, and Fire leave for the day and we're slowly getting settled into a daily routine.  I'm looking forward to having the house fully unpacked and being able to spend some more time just playing with them.

So that's my week, full of small beginnings leading to a bigger life here in the states.  We don't have any big weekend plans; gymnastics, cooking and puttering around the house.  What's on your plate for the weekend?