Gearing up for Halloween

We've started gearing up for Halloween at our house. We put up our decorations and pulled out the pumpkin D bought to carve only to find that it had rotted. We were pretty surprised by that, and D was pretty sad, but I came up with a pretty good substitute, if I do say so myself: pumpkin coconuts. I picked out four nice-sized coconuts, painted them orange and then drew faces on them. I think they turned out pretty cute. Something else that's pretty cute is Sky in her bumble bee costume. Her fairy godmother gave it to her ages ago and I've been hoping that it would still fit her when we got to Halloween. It does and she is adorable! She wore it for the first time to a costume parade at the youth center. She didn't really have any idea what was going on but she loved playing with her wand and got a gigantic sucker out of it. Sky is going trick-or-treating this weekend with some friends of ours that have a daughter the same age as she is and one that's a little older. Their older daughter T is pretty excited to have two little sisters to show the ropes to. I'll definitely put up photos from that! 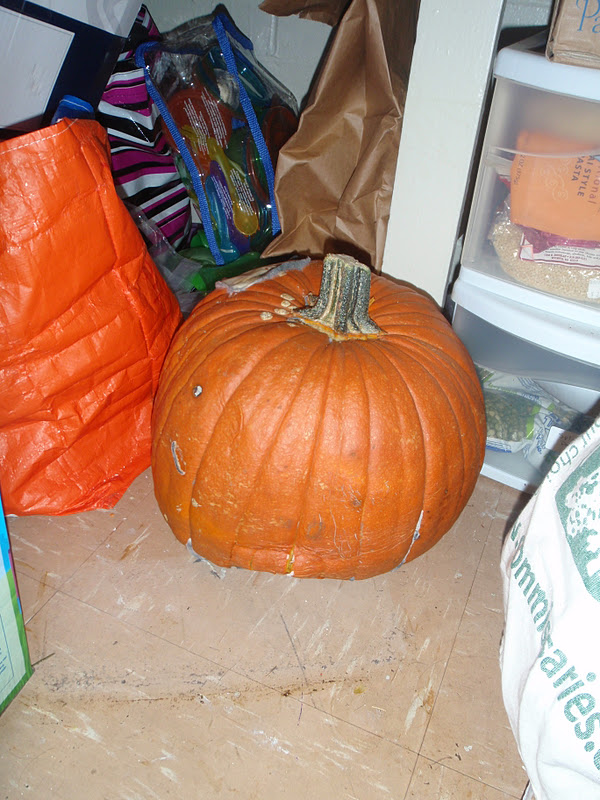 Poor Pumpkin!  It didn't do too well in the pantry waiting to be carved 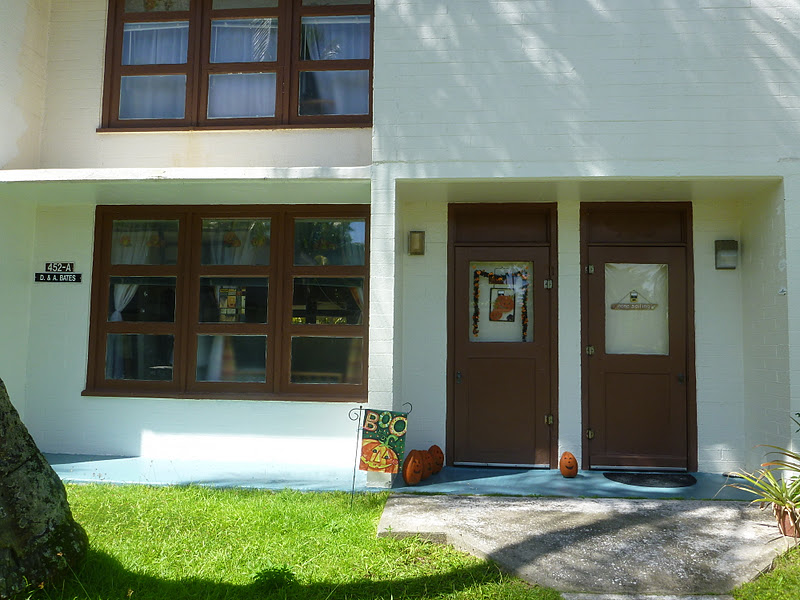 But I came up with a pretty good substitute... 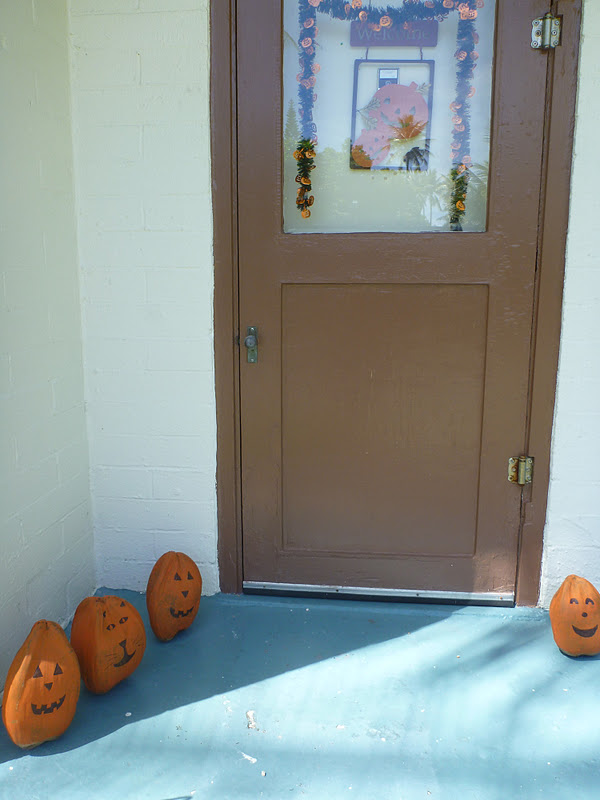 Coconumpkins!
(Thanks for the great name, Andrea!) 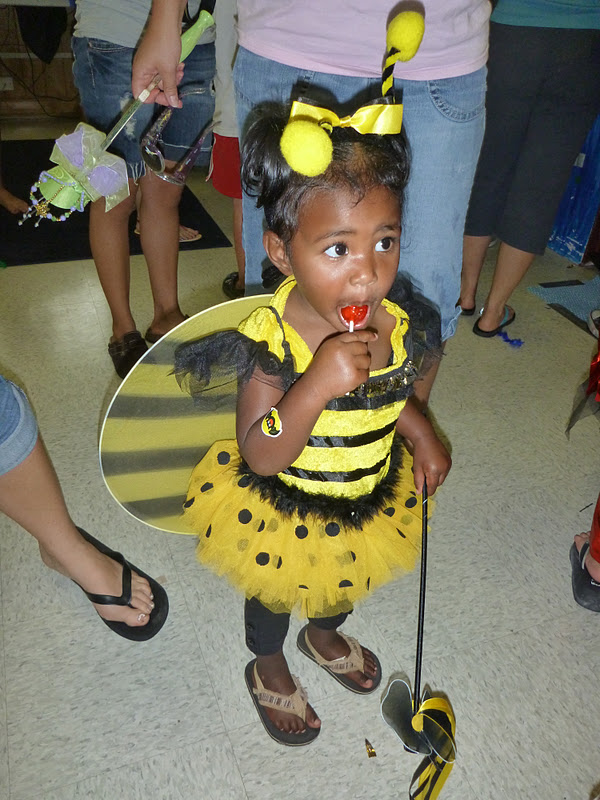 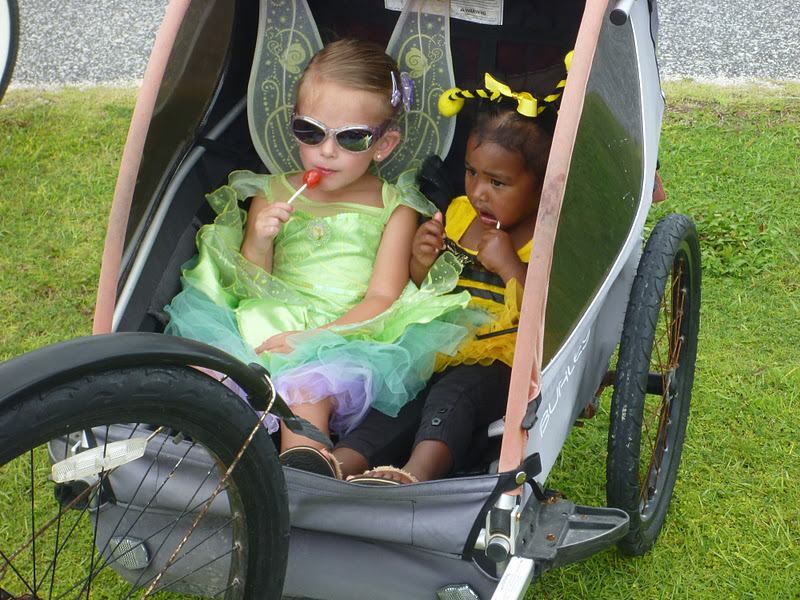 Chillin' in the Burley with her best friend P 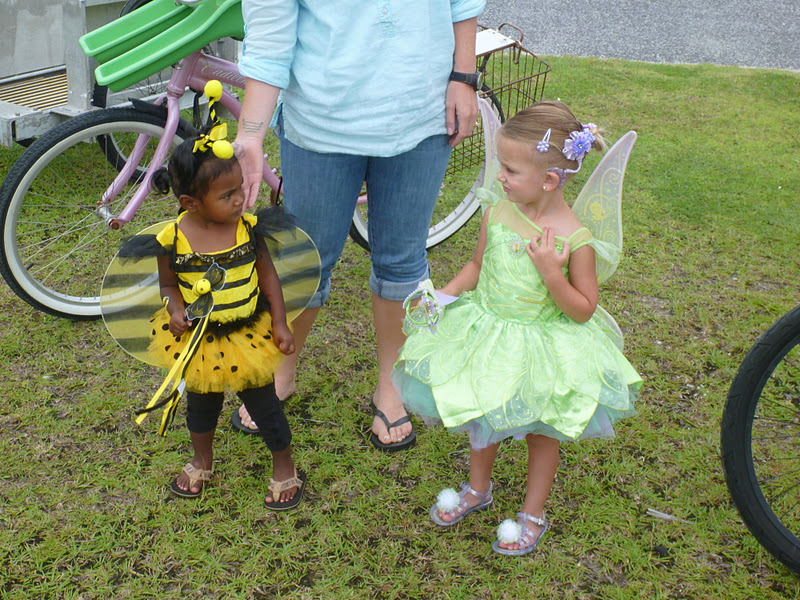 Checking out each other's costumes

At the costume parade: 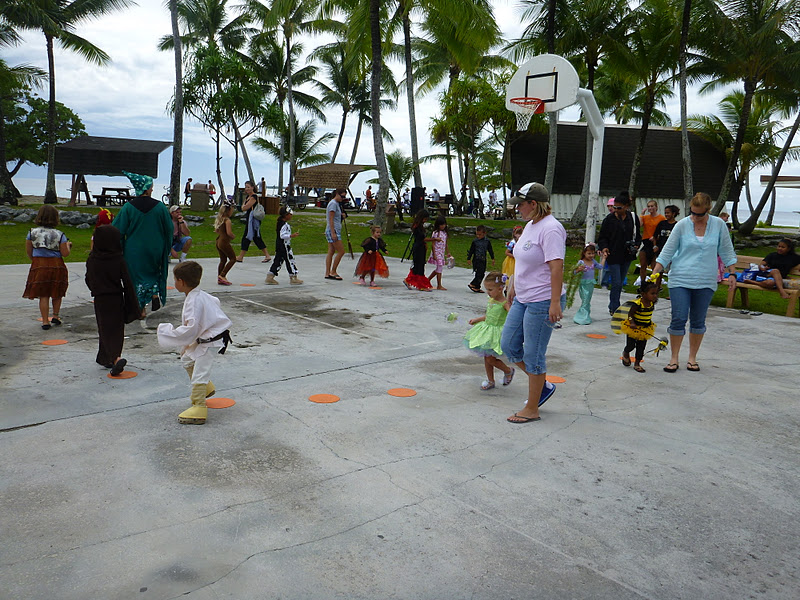 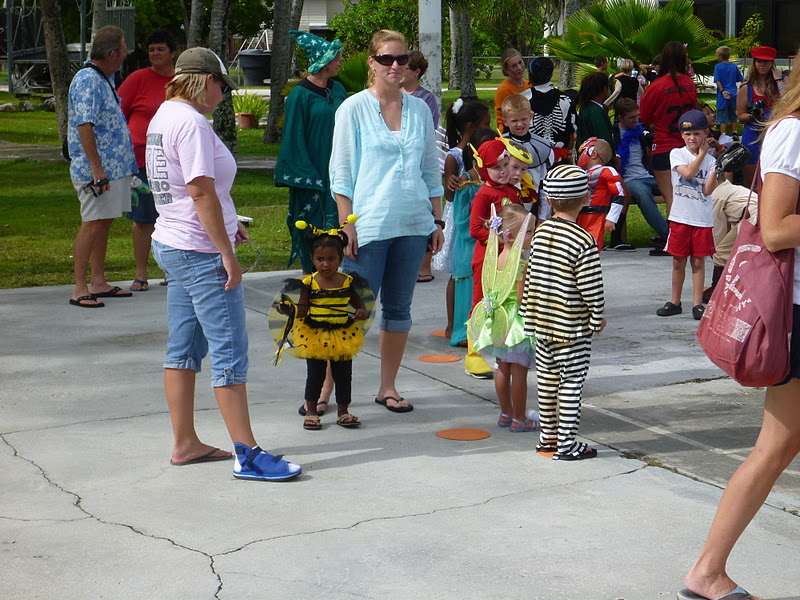 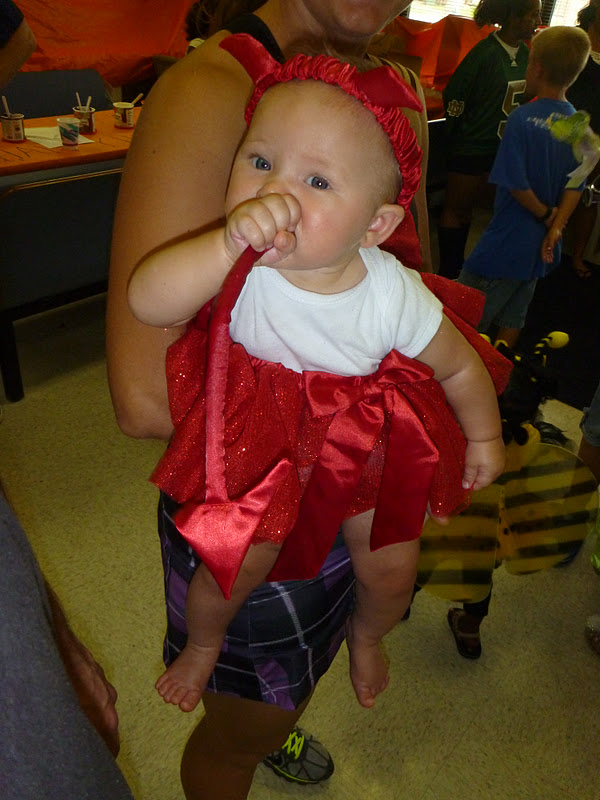 I couldn't resist getting a picture of this cute little devil!
﻿ 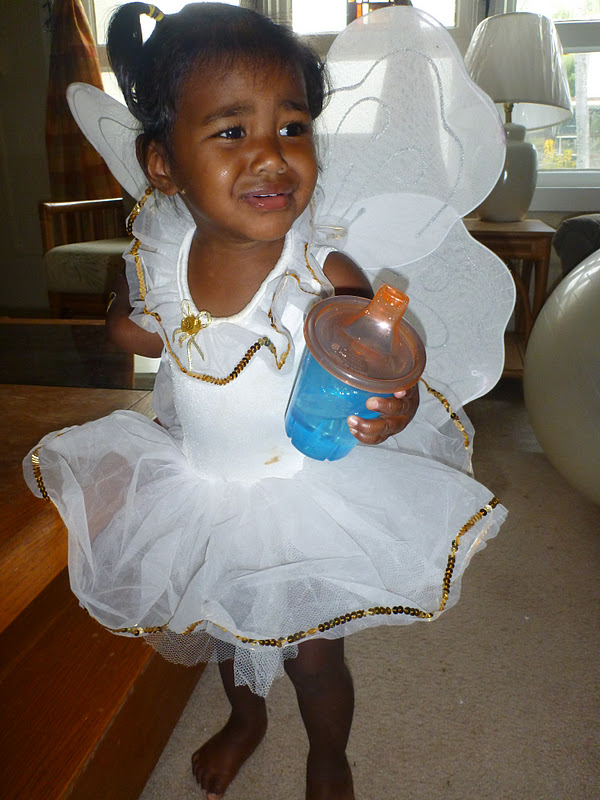