Manit Day and a Trip to Ebeye

The photos below are what I got when I tried to get a picture of Sky in her guam: 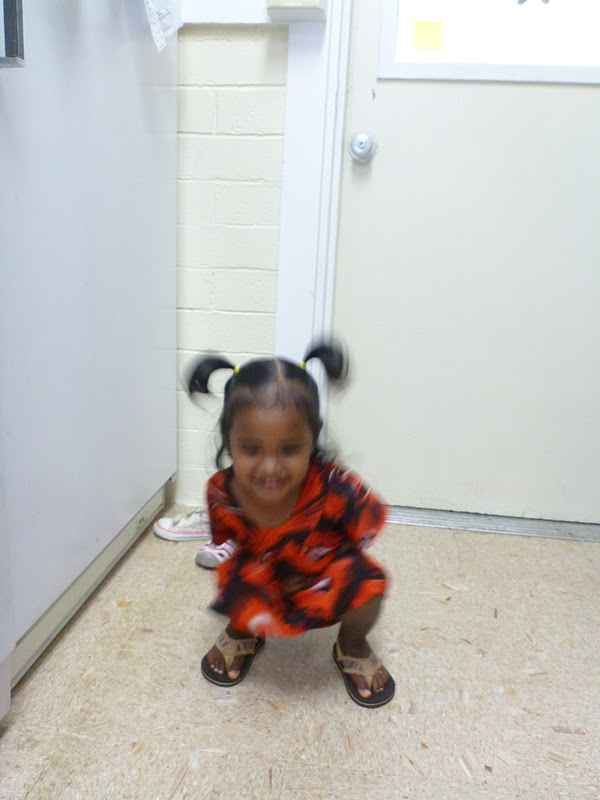 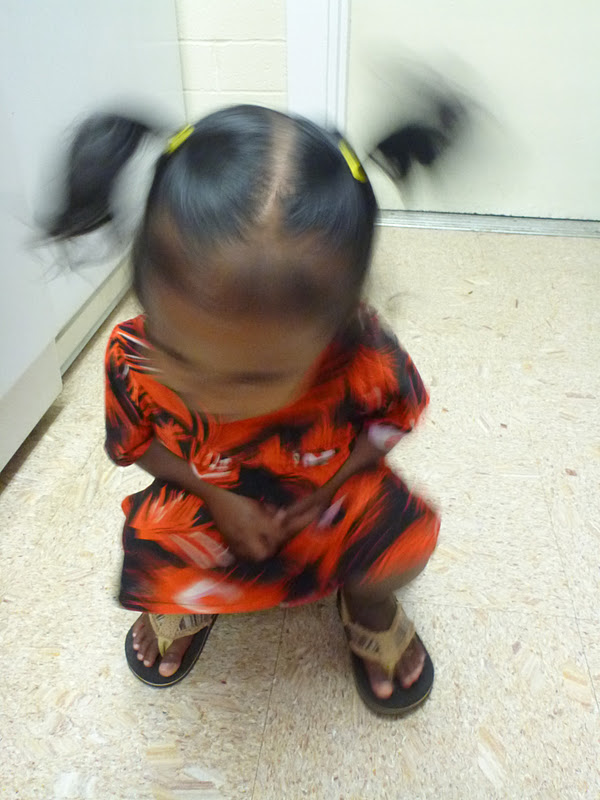 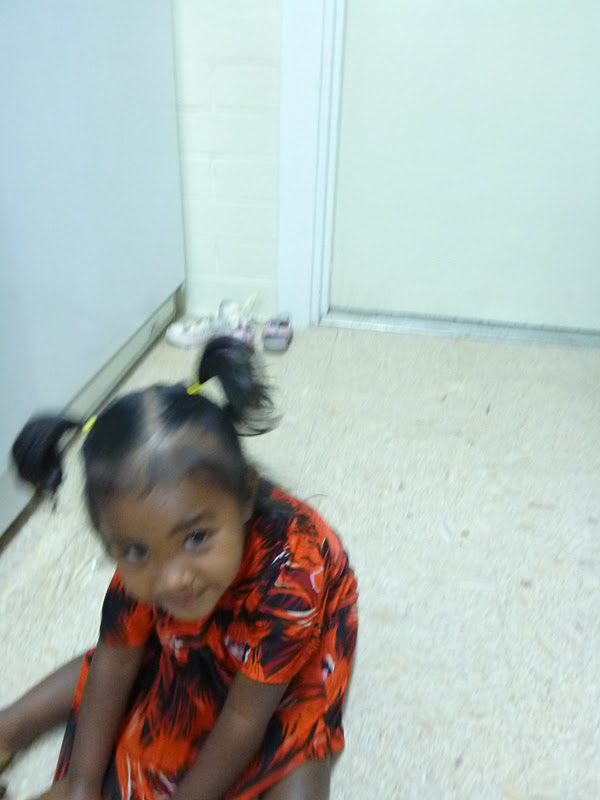 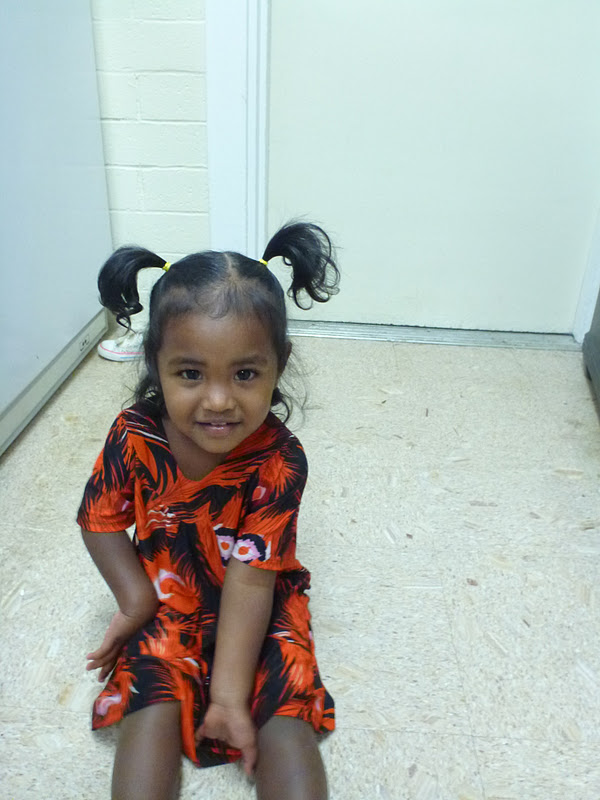 There's my cutie-pie!
(Guams are one of types of dresses that Marshallese women wear.  They're cut pretty simply and are made out of a synthetic-type fabric.  The other kind of dress is called a muumuu and it's the nicer one, made out of cotton.) 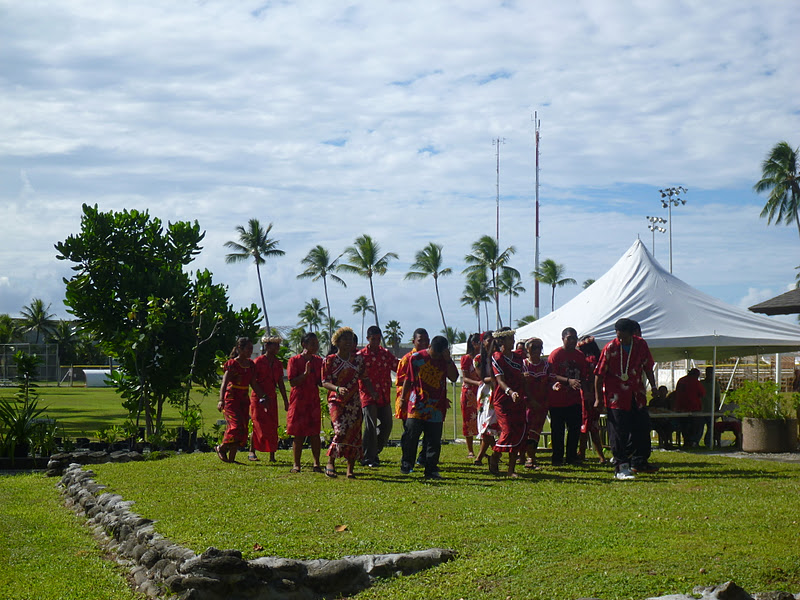 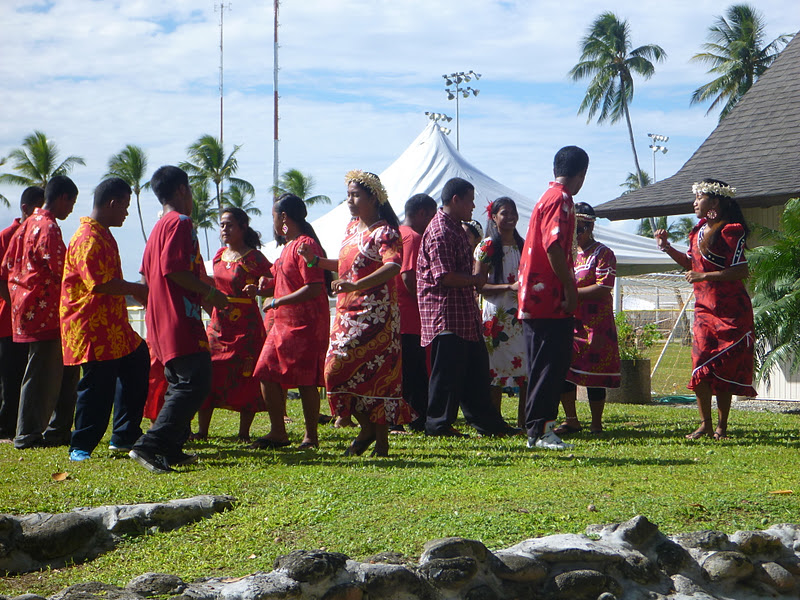 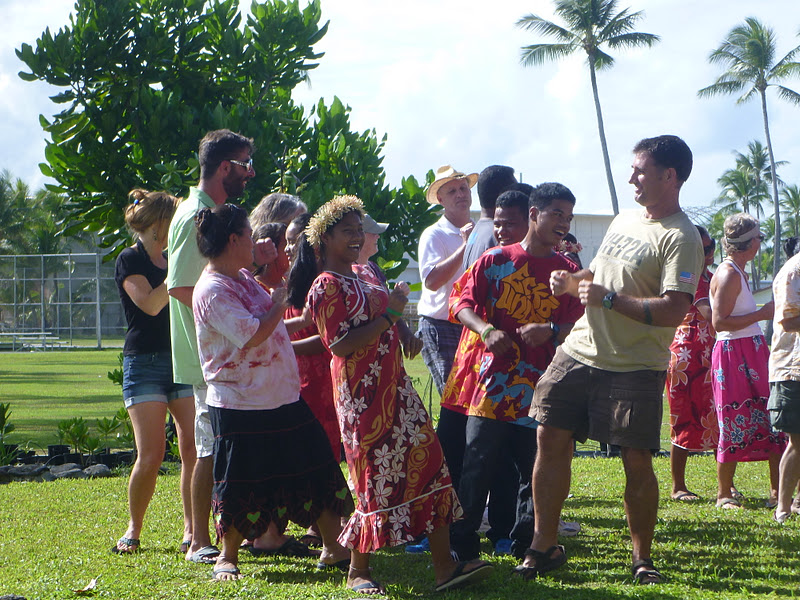 Everybody thought it was pretty funny when the ribelle got into it! 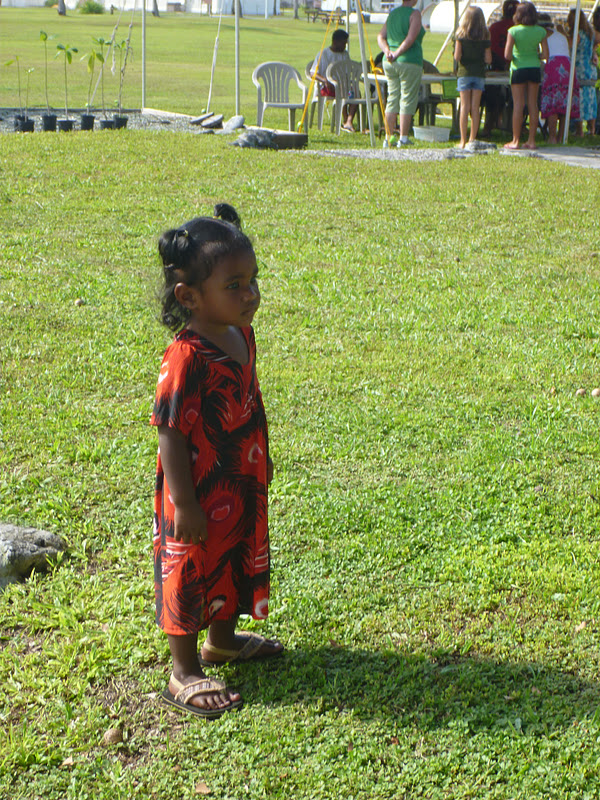 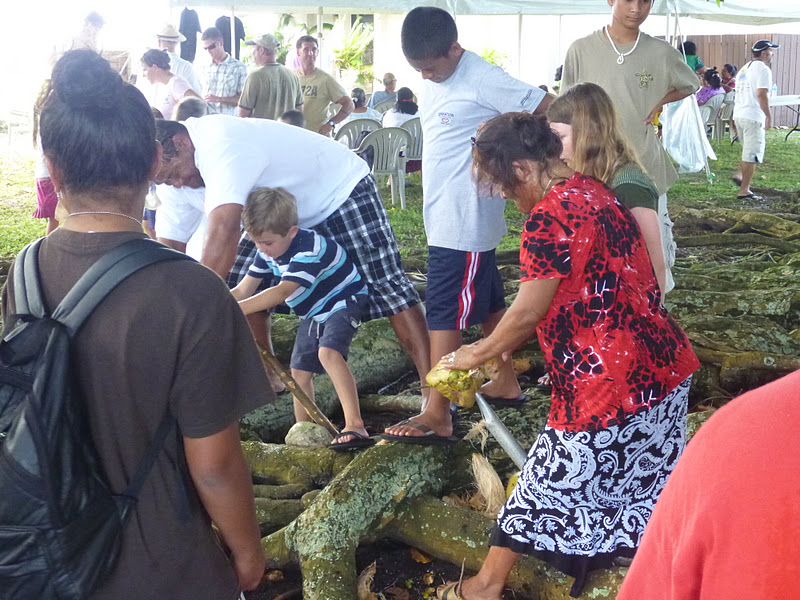 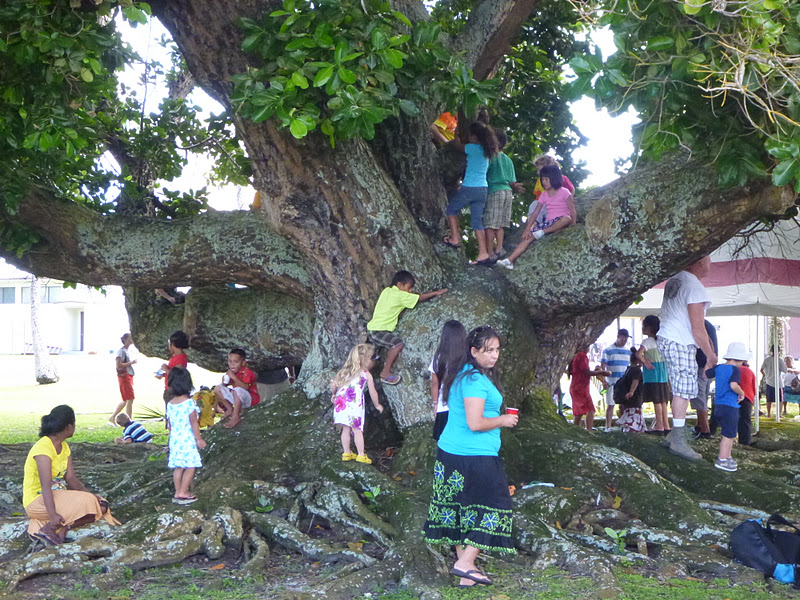 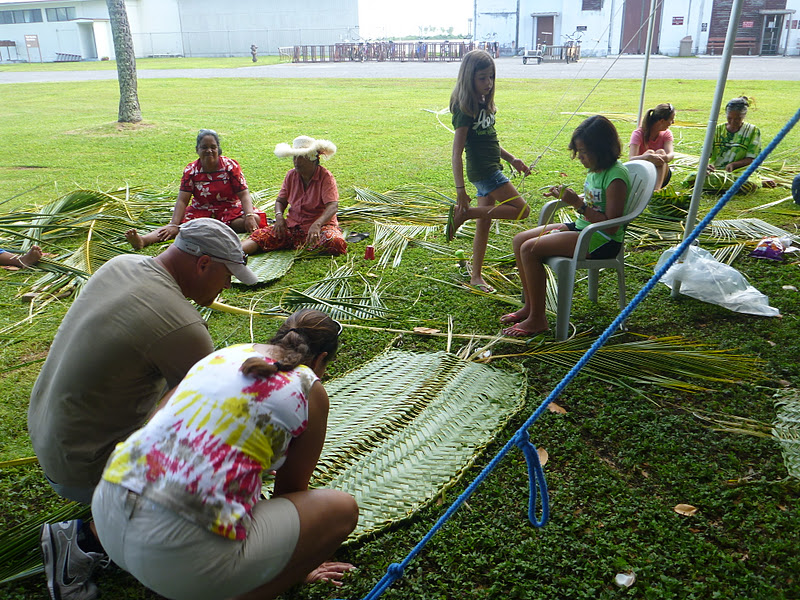 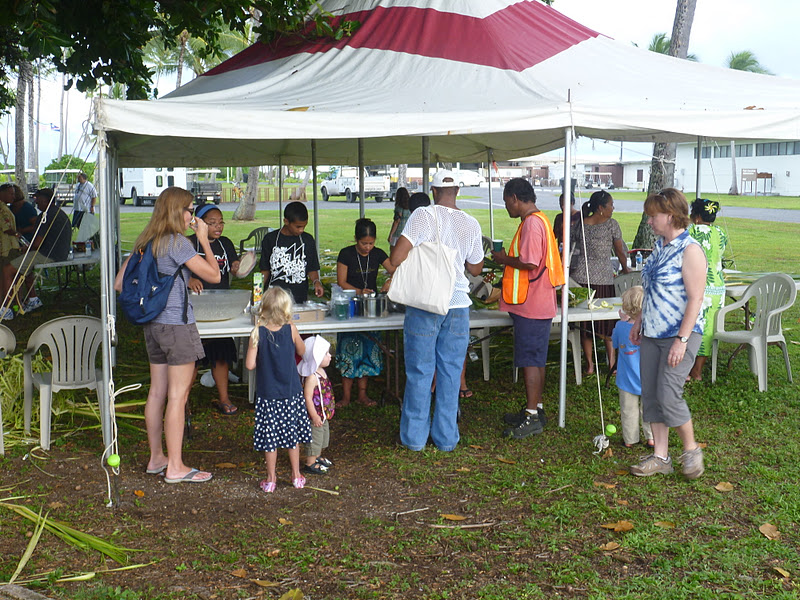 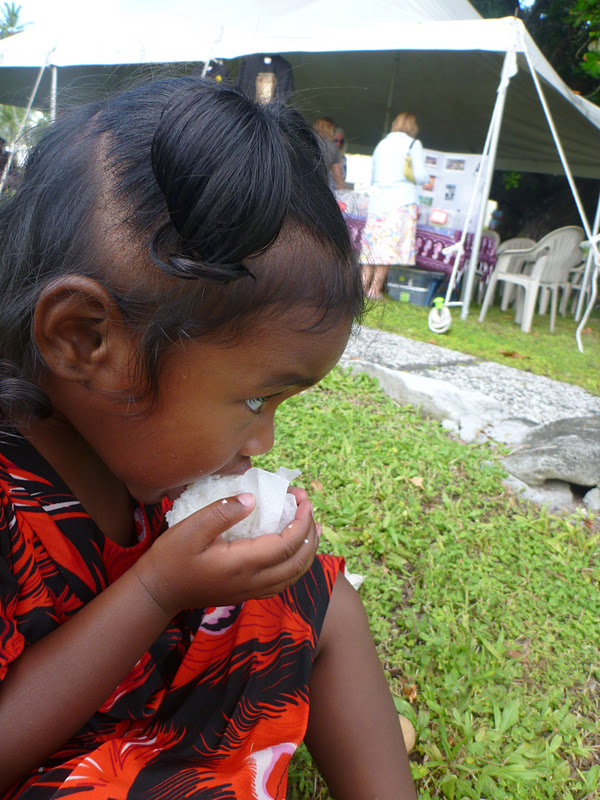 Sky LOVED her rice ball!
(A ball of sticky rice made with a little coconut milk and rolled in dried coconut) 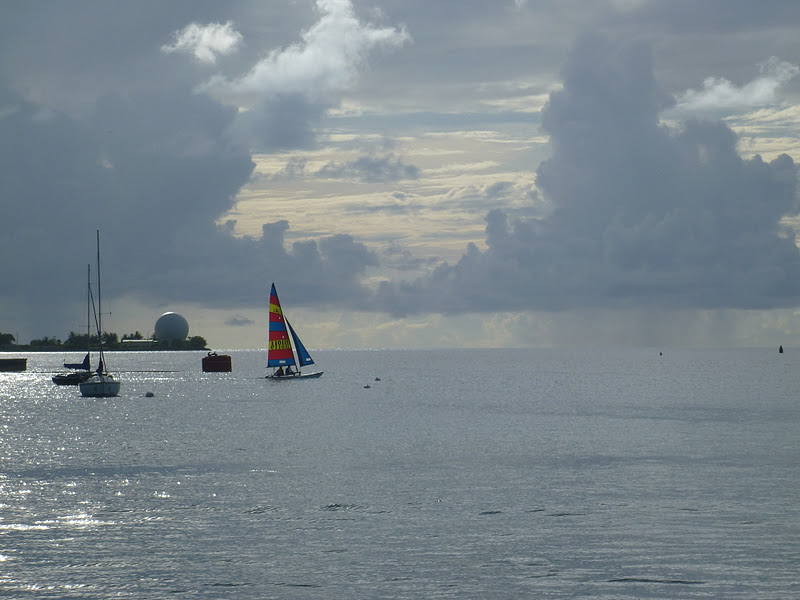 ﻿
Manit Day is usually celebrated on the last Friday in September (I think) but the celebration on Kwaj was postponed this year because of a death in the Queen's family.  We had Manit Day on Kwaj last weekend and Sky and I had a lot of fun.  There were demonstrations of weaving, coconut husking, dancing and there were some traditional foods to try.  There was Marshallese music playing the whole time and lots of kids running around.  Sky wore her guam (she's grown out of her muumuu) and she fit right in.
D joined some other members of the Kwaj yacht club in an afternoon of Hobie Cat sailing.  He loves going out on them but doesn't get as much time to do it as he'd like.  He was on the water for almost 4 hours.  We had made plans with friends to catch the ferry to Ebeye for dinner that night but he didn't make it back in time, so Sky and I went without him.  There is a hotel on Ebeye that has a Chinese restaurant in it and that's where we went for dinner.  The food was great!  I haven't had good bad Chinese food since we came back from the states, so this hit the spot.  Sky was really well behaved considering she'd had an exciting afternoon and was in an unfamiliar situation.  I had some great conversations with some good friends and we're hoping to go back over there again soon.
Labels: Kwaj
Location: Kwajalein Atoll, Marshall Islands