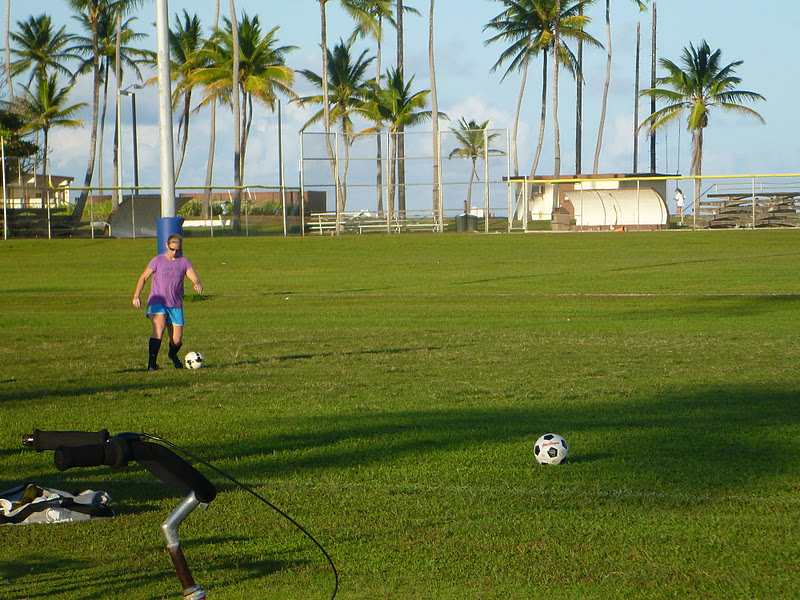 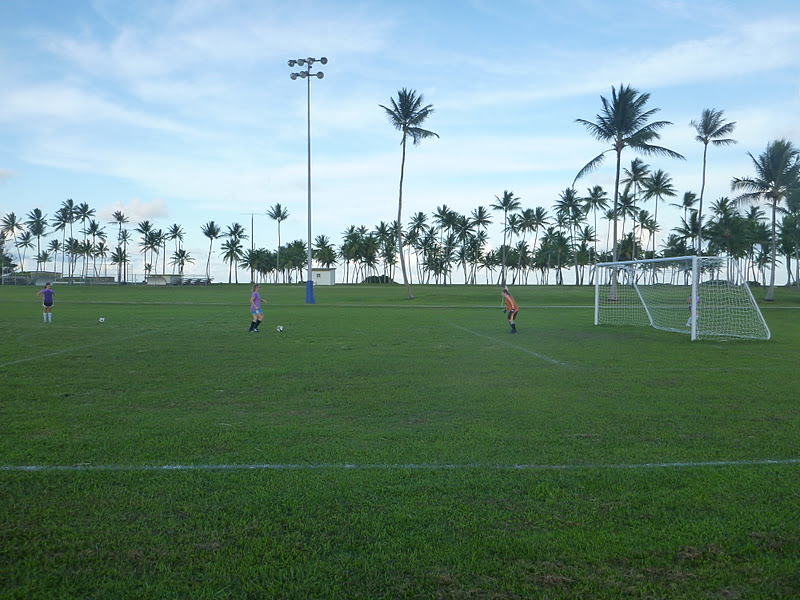 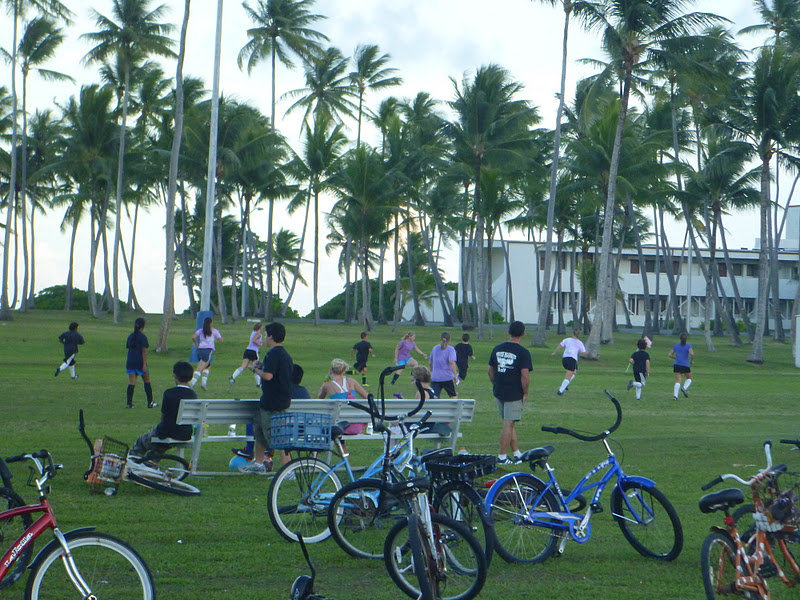 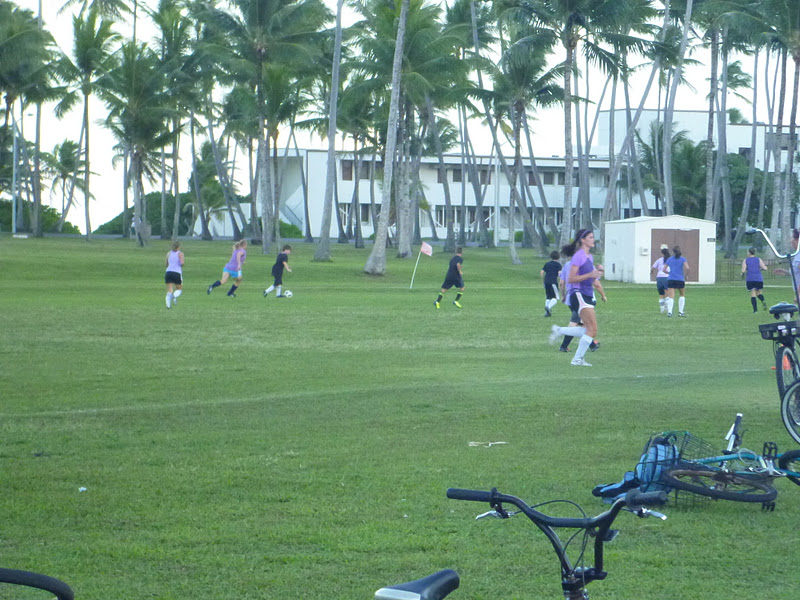 Yup, the kid deke'd around me again 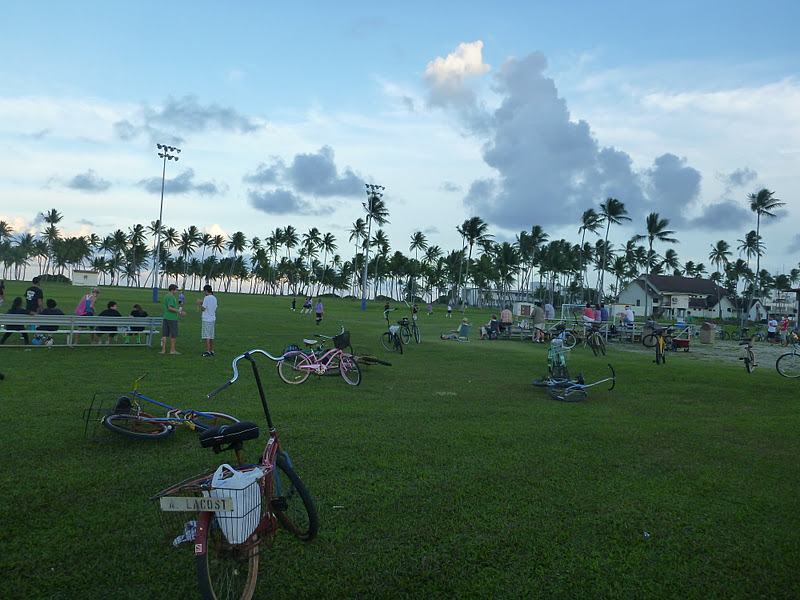 A long view of the game, to give you an idea of what a Kwaj evening is like 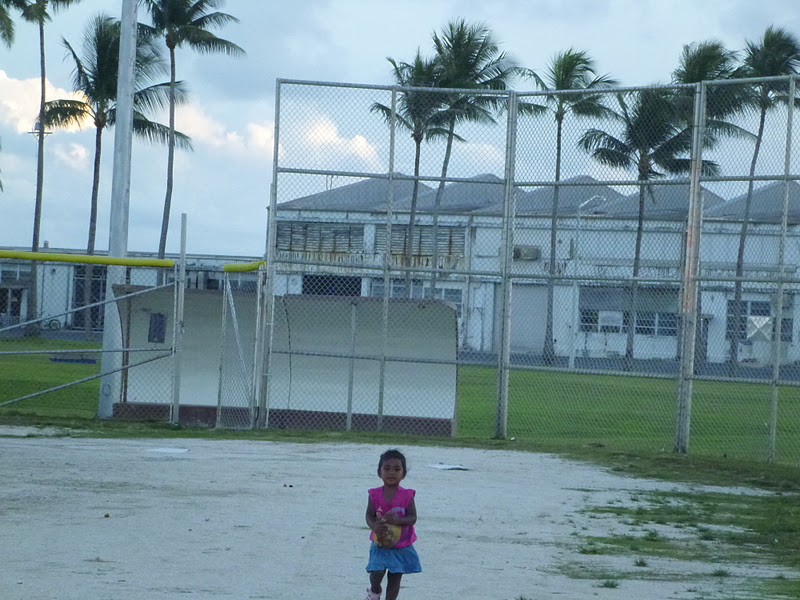 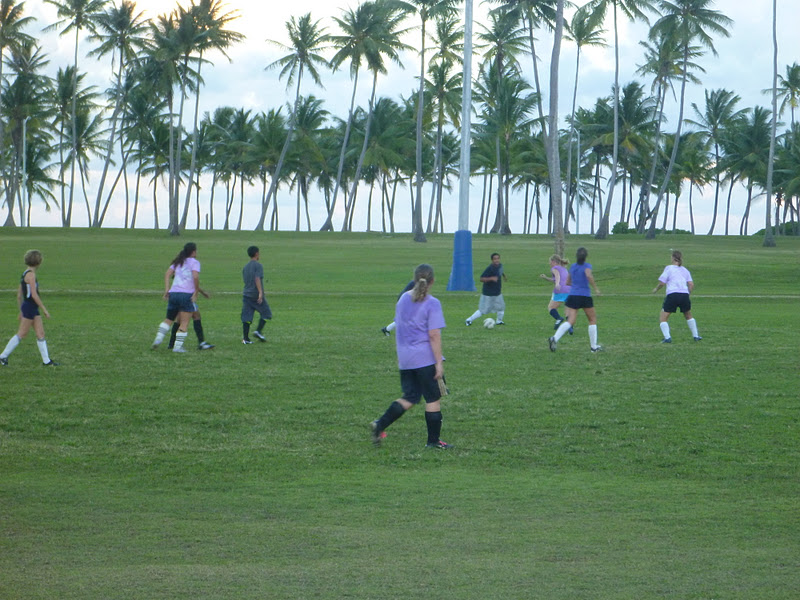 Finally a player my size!  I was on him like white on rice... 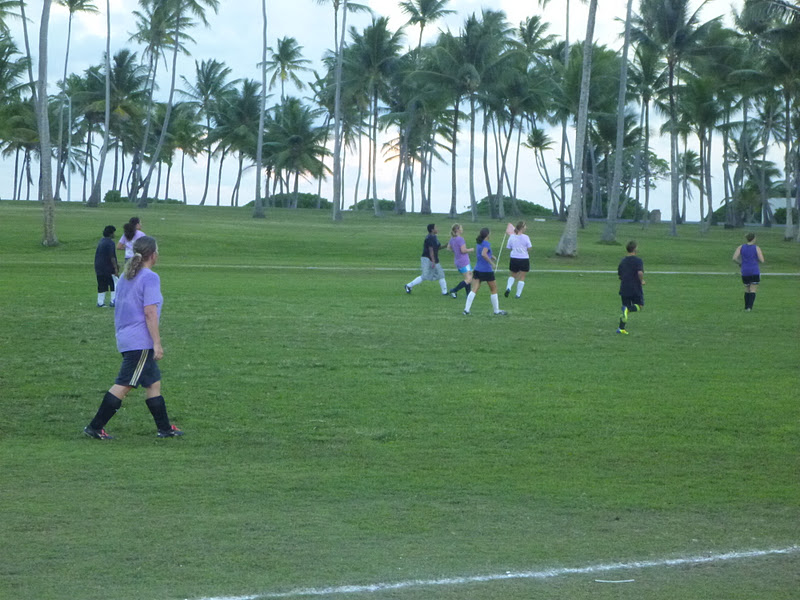 But he got a shot on the goal anyway. 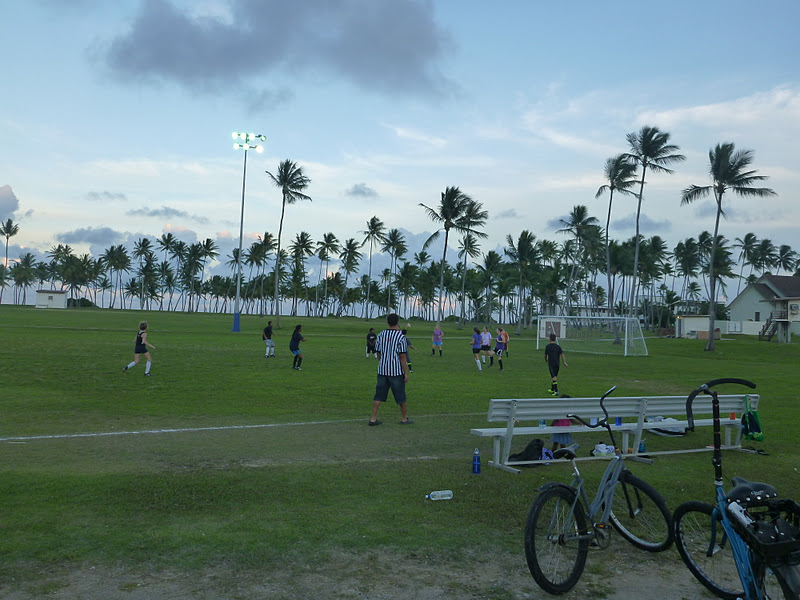 One more long shot of the field

A friend talked me into playing soccer this year for her team and I'm loving it!  I didn't really think I would- I've never done team sports before and I've never played soccer.  I was an athlete in high school and college but I was a thro﻿wer, which is just about as independent as an event can be.  I'm having so much fun and getting good exercise at the same time.  D's not really into sports but he agreed to come to my game and take some photos for me.  He brought Sky along and she had a good time playing with coconuts and dirt.
Because there aren't any other schools for the high schools to play team sports against, they play adult teams.  There are men's and women's sides and on the women's side, there are two adult teams, Purple (my team) and Green, a high school varsity team, a junior varsity team and the co-ed 7th and 8th grade team.  We played the co-ed team last night and while we one in the end, they really out-ran us for the first half.  It's a little intimidating to play against kids that are that much smaller than you are- I'm always afraid I'm going to squash them or hurt them in some way.  But once they scored on us, we got over it and came back to win 5-1.  The purple team is the top women's team right now going into the finals (yay!) but we've had a lot of injuries this season so I don't know if we're going to come out on top in the end.  I'll keep you posted!
Labels: A Kwaj
Location: Kwajalein Atoll, Marshall Islands