Getting Crafty on Kwaj and a Nanny Update

This will be Sky's second Easter with us but our first together in our house (we were in Kansas for the last one).   I'm excited to be creating our holiday family traditions and I wanted to try to keep the focus of the day where it belongs, rather than on the bunny and the chocolate.  We'll be going to a sunrise service on the beach and then having a little egg hunt at the house.
There haven't been many options for Easter baskets at the store and the ones they do have are ridiculously commercialized so I made one for her myself: 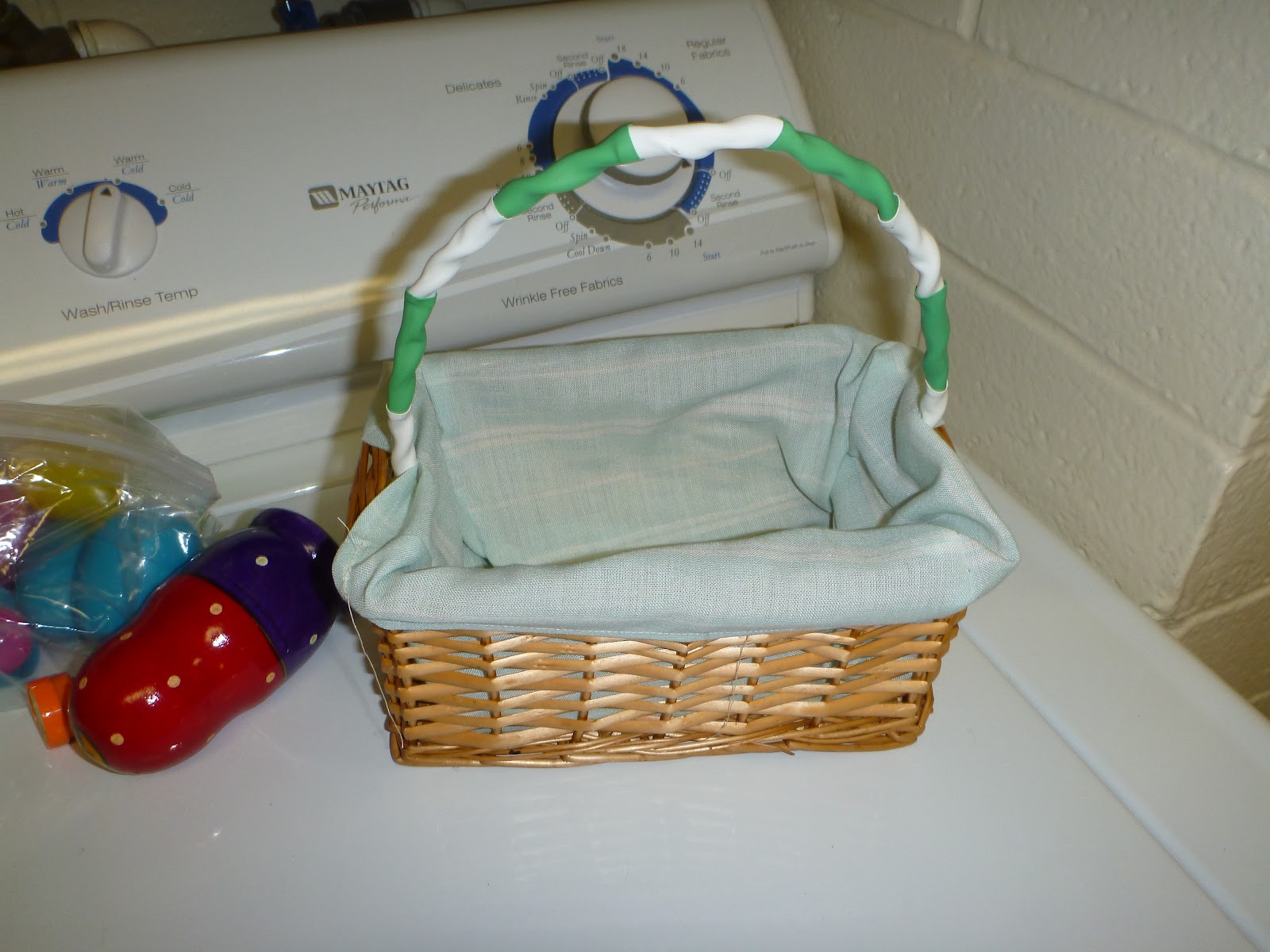 The basket was part of one of my birthday gifts, the handle was made from some scavenged wire and heat shrink and a friend made the liner out of some scrap fabric (thanks, Lindsey!).

I had so much fun making coconumpkins for Halloween last year that I thought I would do it again for Easter. 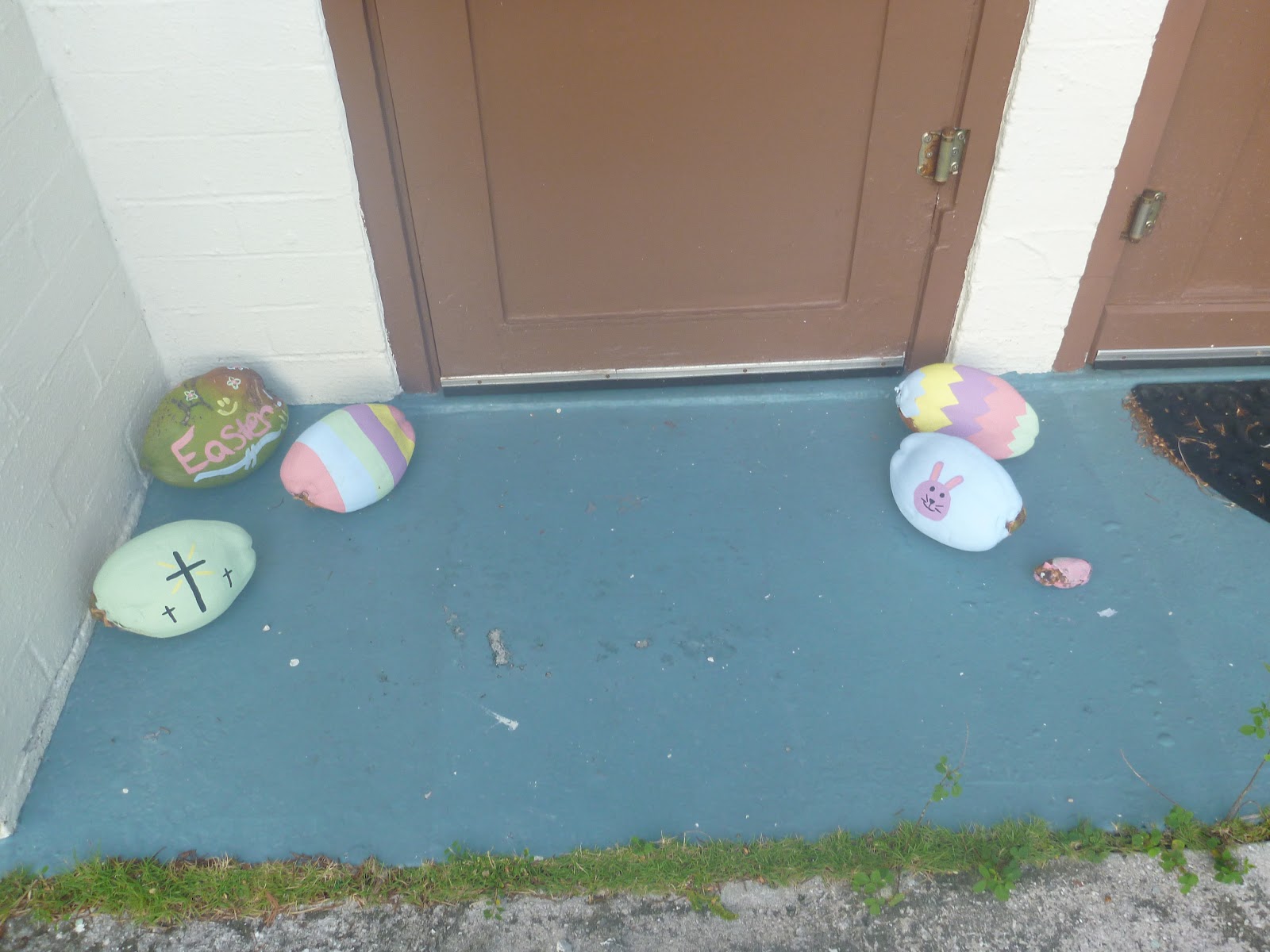 Coconeggs!
﻿Sky painted the tiny coconut and the one that says "Easter" was made by Ruthie, a middle schooler here on island who's been helping out with Sky once a week for her Lenten service project. 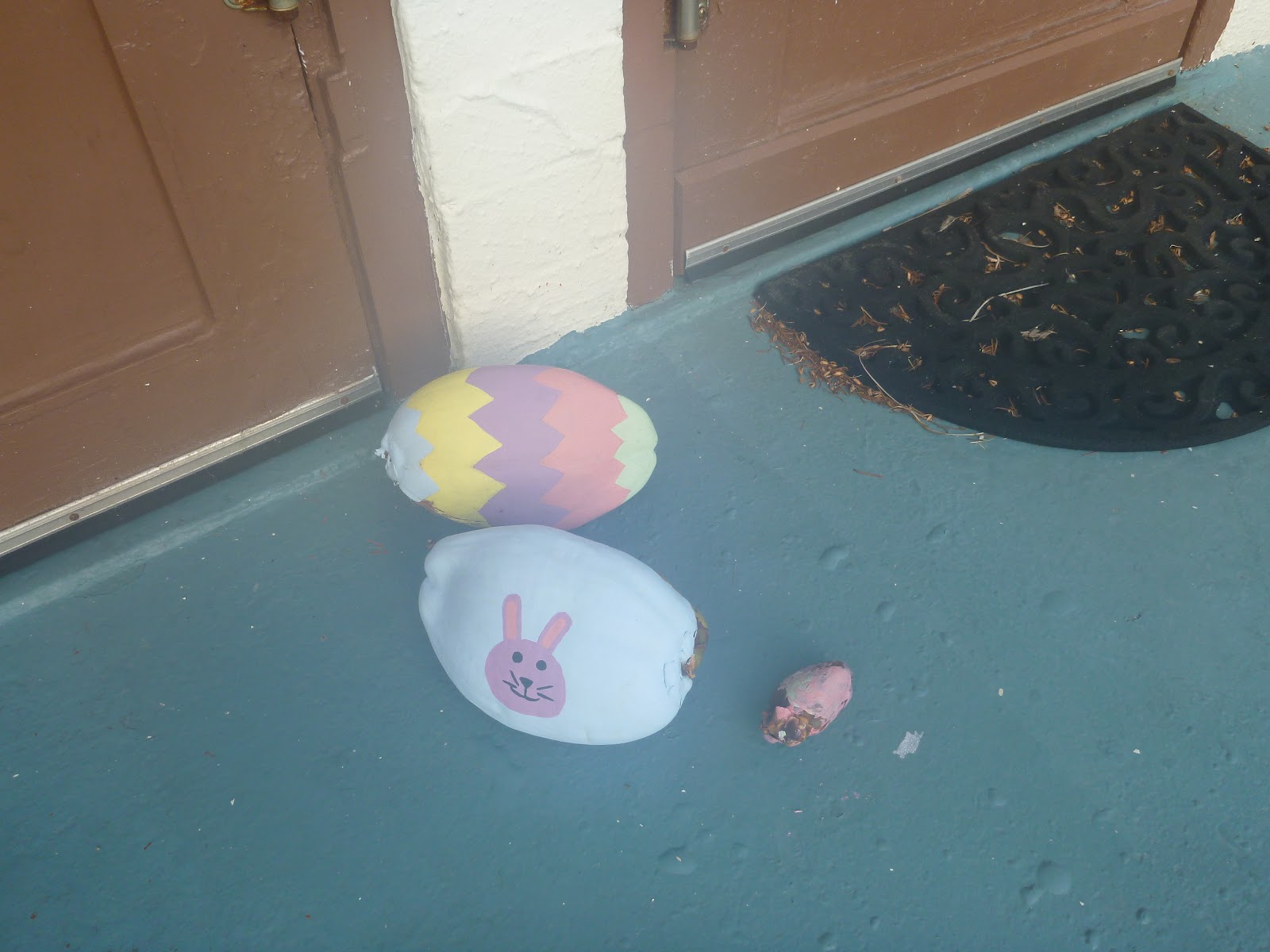 And now for the update part of the post: Sky and Ms Florina are getting along fine.  Following the same pattern that she did when we started her in pre-school, she's been a little upset when we leave but then settles down and plays just fine.  Ms Florina had a little trouble getting her down for her naps but I think that's starting to work itself out too.  I think that Ms Florina is starting to settle into the job as well.  She's started asking us to buy her things for lunch, which we've asked her to do from the beginning, and she's also started bringing over her family's laundry to do, which is also fine with us since she doesn't have running water (let alone a washing machine) at her house on Ebeye.   We're really enjoying having Ms Florina stay with Sky and are looking forward to working with her for a long time.   ﻿
Labels: Family Kwaj
Location: Kwajalein Atoll, Marshall Islands