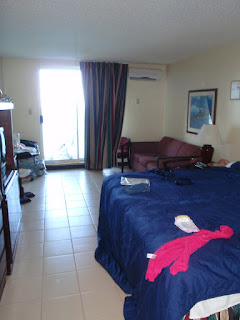 We stayed at the MIR, rooms 351 and 532.  They were adjoining rooms and worked perfectly for us.  One room had a king bed and pull out sofa and the other had two double beds.  It was really nice to have the extra space that the sofa provided.  If you're going to be staying at the MIR for a while, I would recommend trying for these rooms. 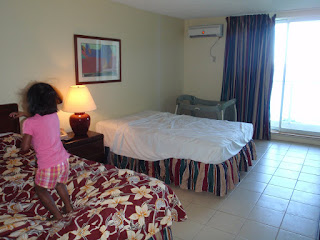 As you can see, the beds in the double room are perfect for jumping on 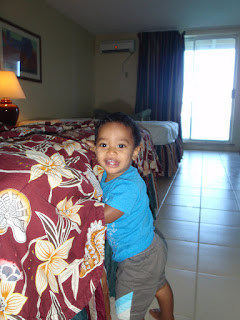 I think I've been forgetting to mention this but Fire is crawling now and pulls himself up to stand on everything.  We're going to have another toddler on our hands soon. 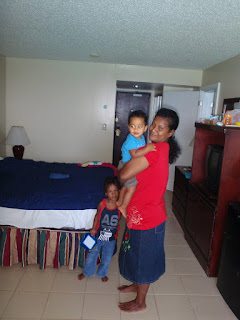 Fire with his Mommy Elizabeth and sister Suzann 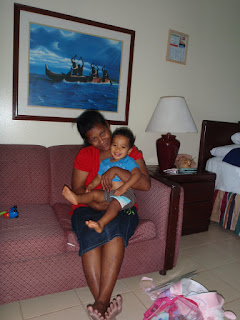 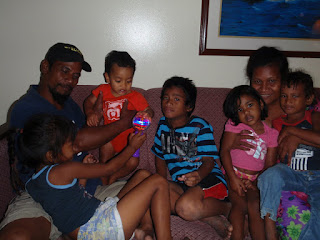 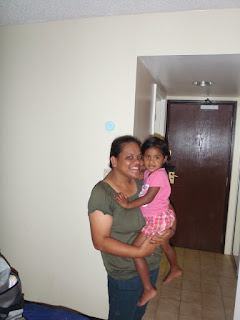 Sky with her Aunt Agnes 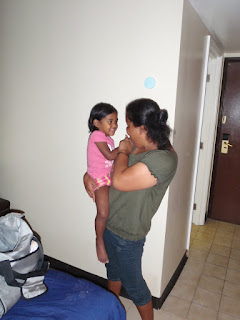