Wow, it's been a long time since I've done a "regular day" post!  I think this was my last one and that was in May of last year.  Things have definitely changed since then so here's what a regular day looks like now: 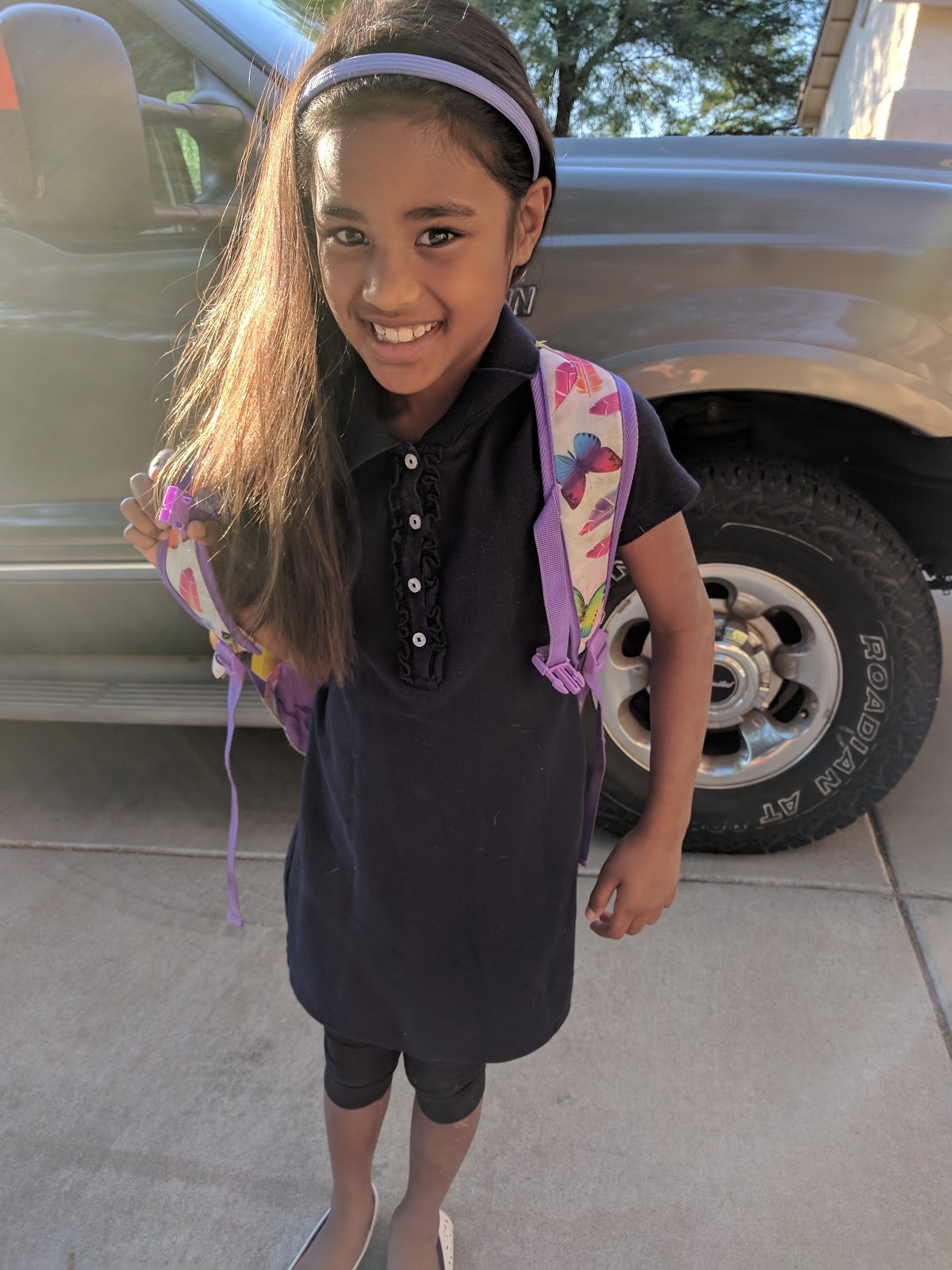 Sky smiled beautifully for her picture but the boys, not so much... 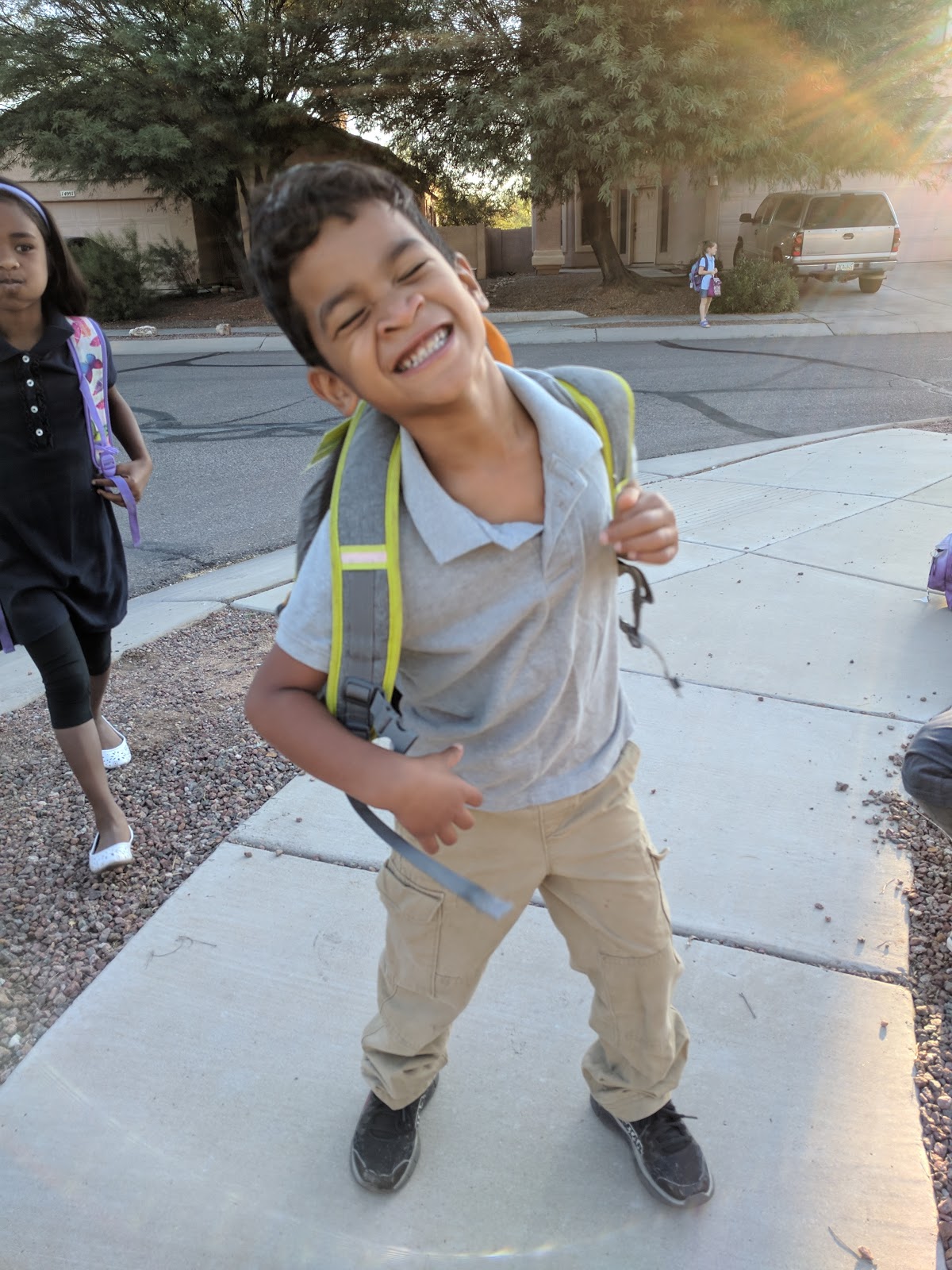 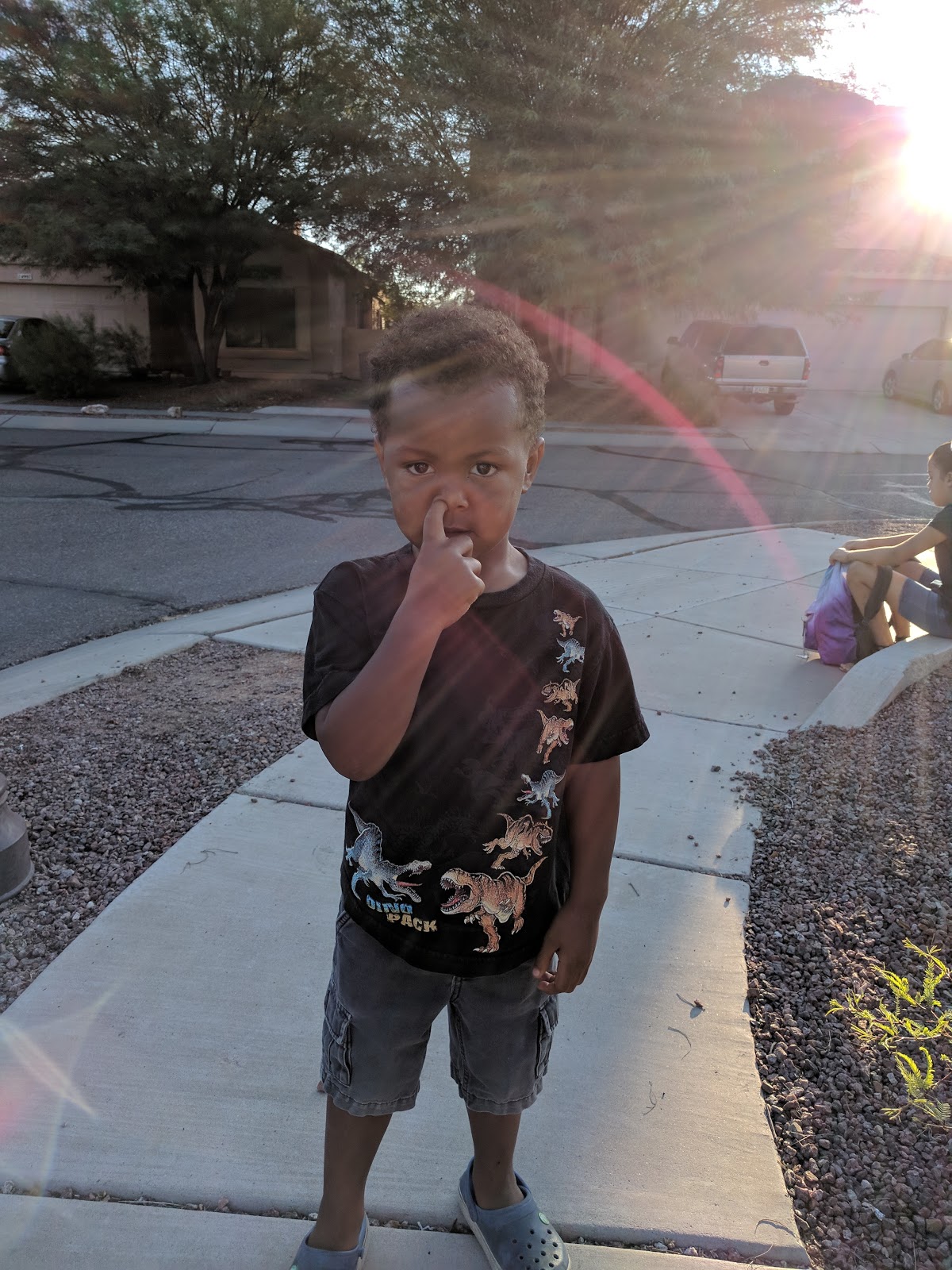 I took the little boys and Scout for a run after sky and Fire left on the bus.  I really hit my groove running over the summer but it's been hard to get back up to speed (literally) now that I'm pushing the boys in the jogger again- they're just so heavy!  But I made it through and Water and Earth did a little running of their own once I done 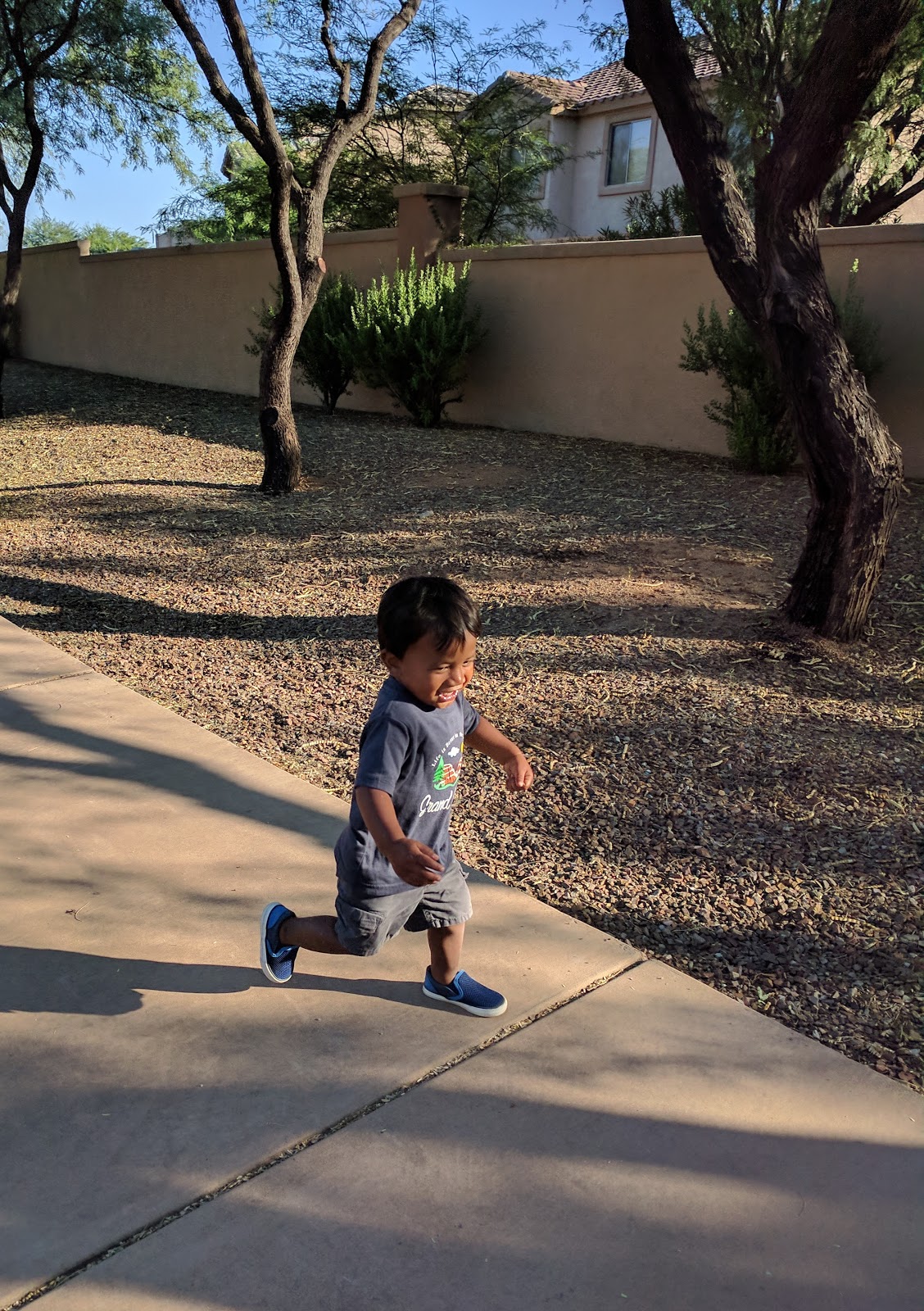 After I got cleaned up and the boys had a snack, we headed to the library for story time.  We stopped going to story time last year when he couldn't sit still for them any more.  As much as I wanted to go, it just wasn't worth it since I spent the entire time trying to get him to behave.  It's going much better this time around and since Water is behaving, so is Earth 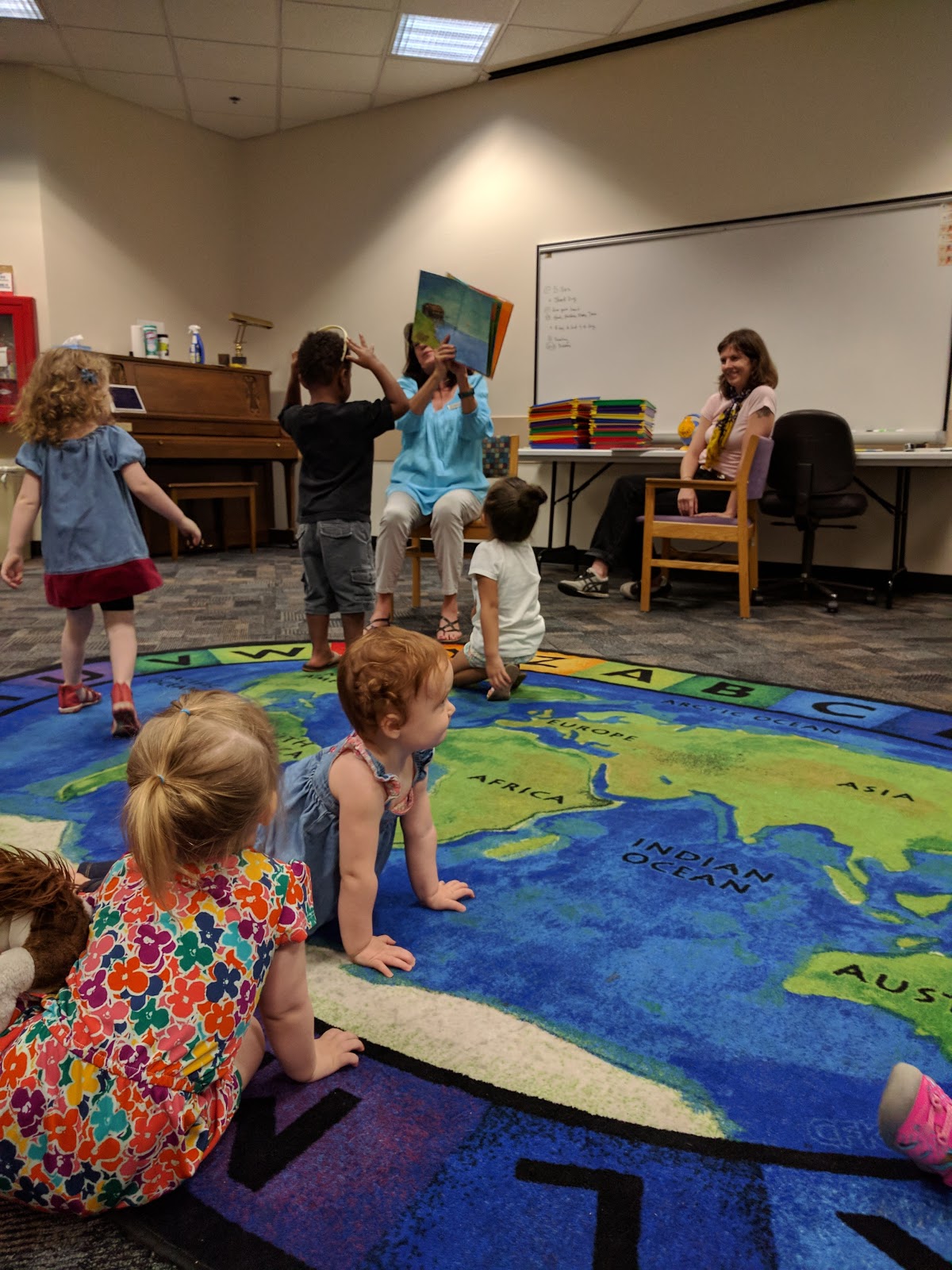 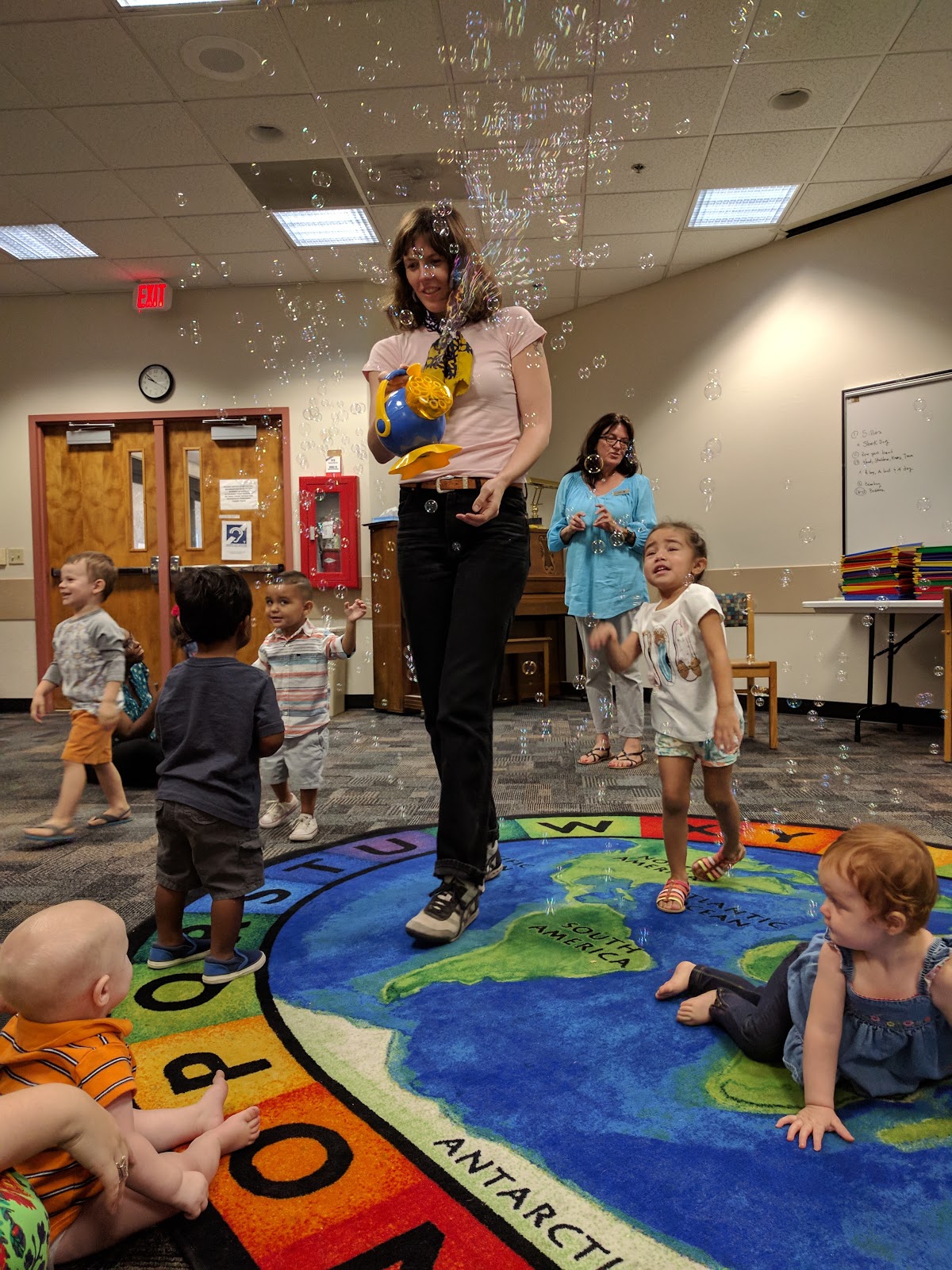 There is a craft time after every story time and the craft today was doggy masks.  Doesn't Water make a cute dog? 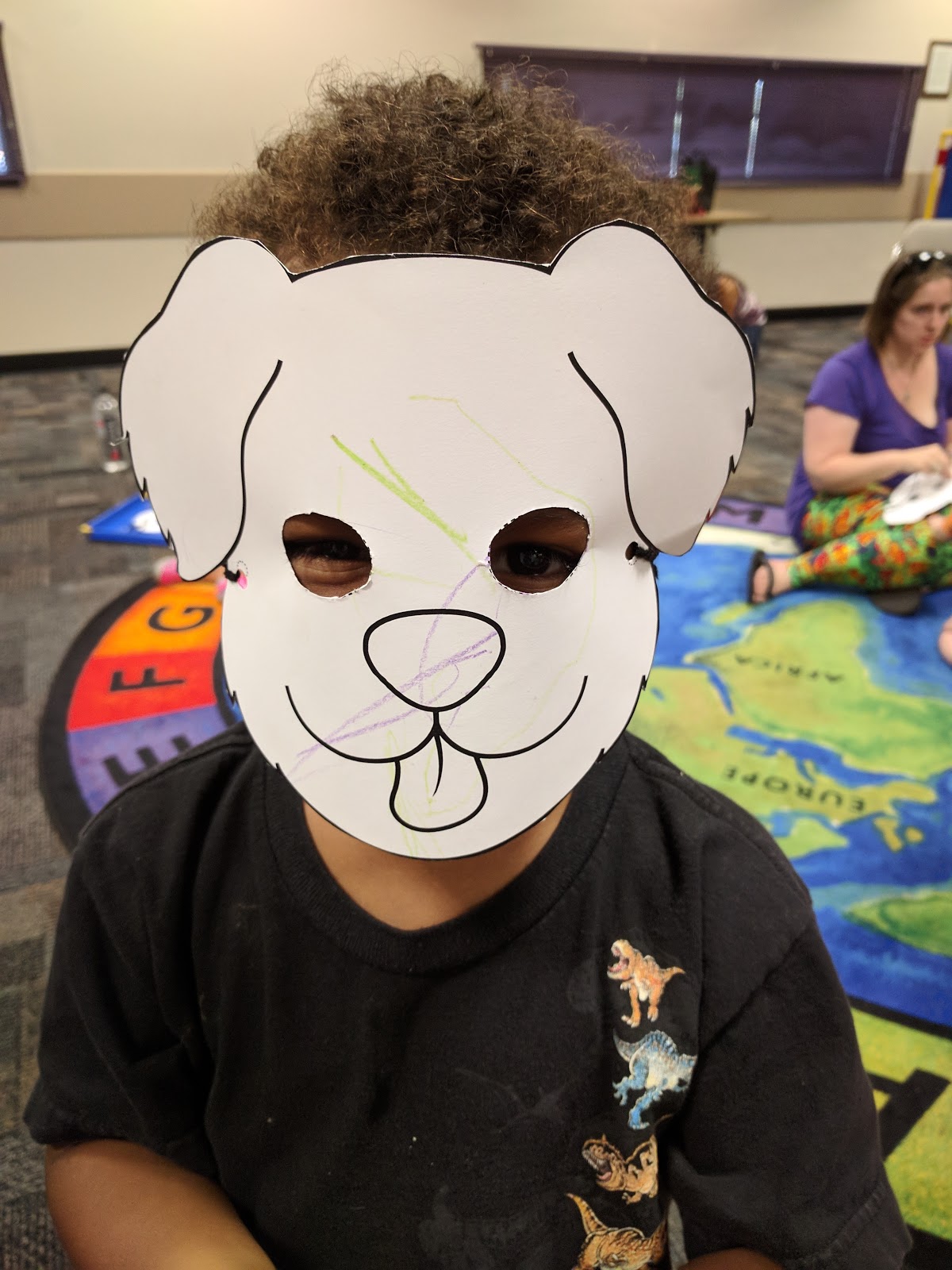 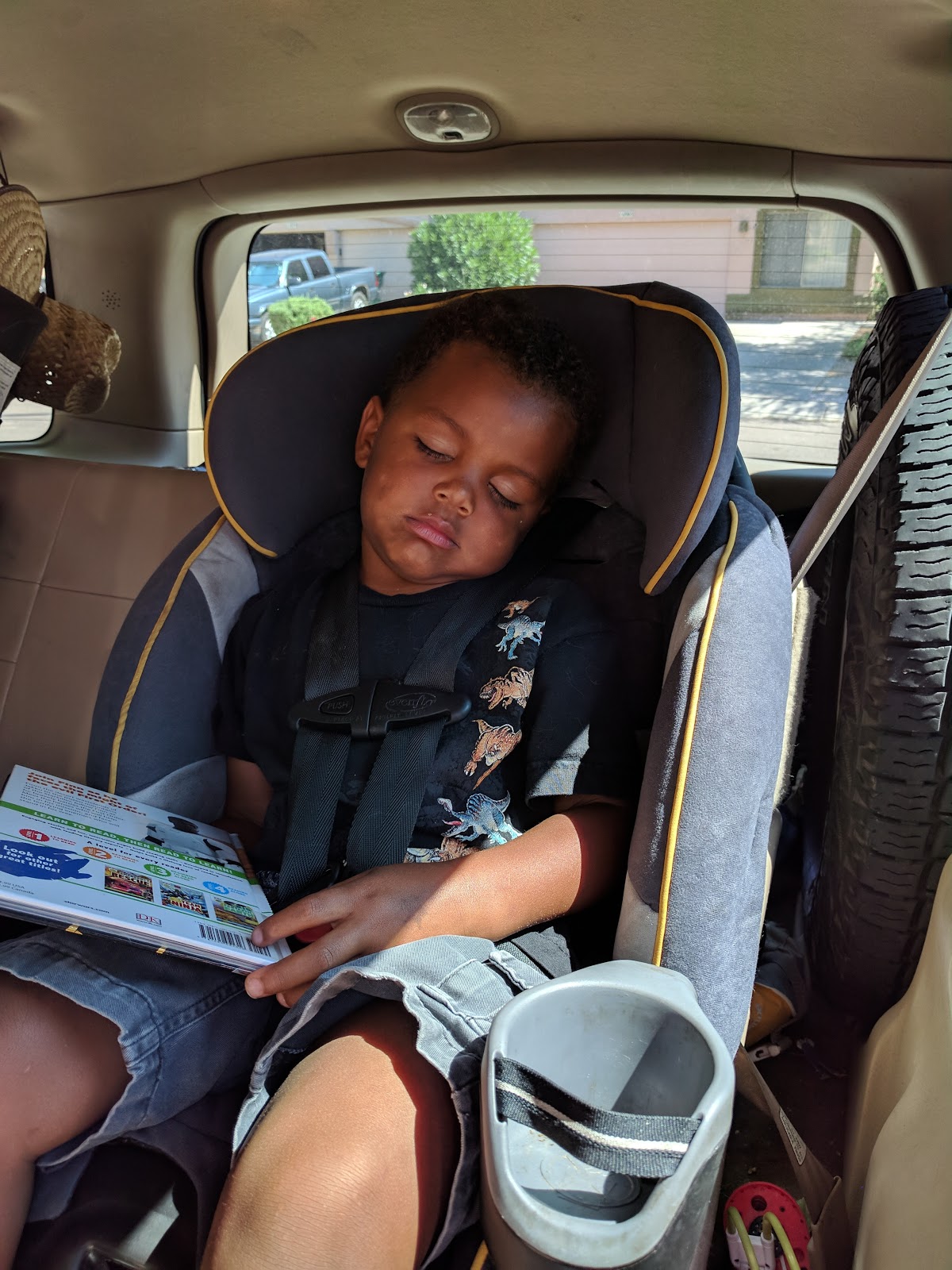 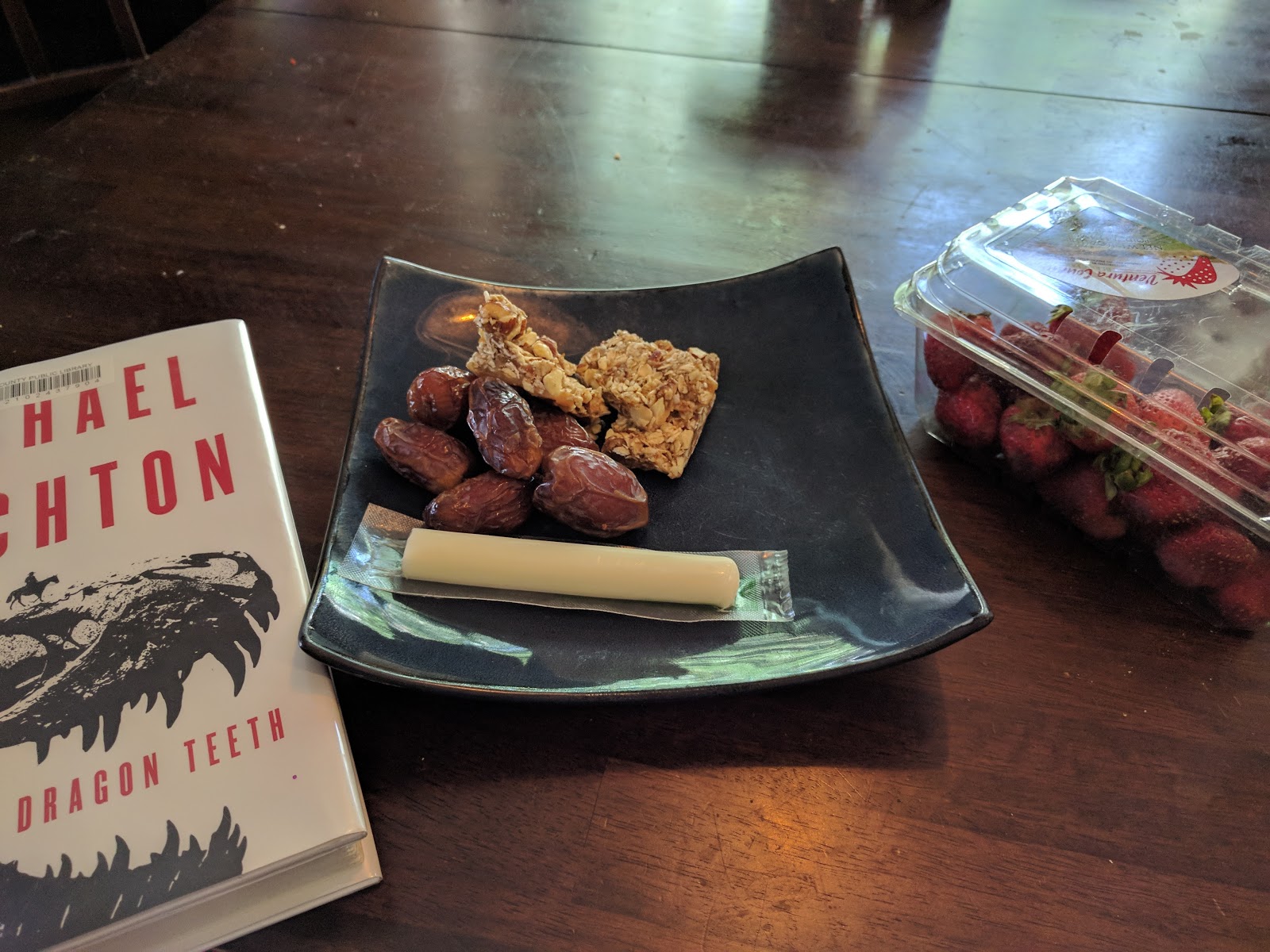 Our picks from the library 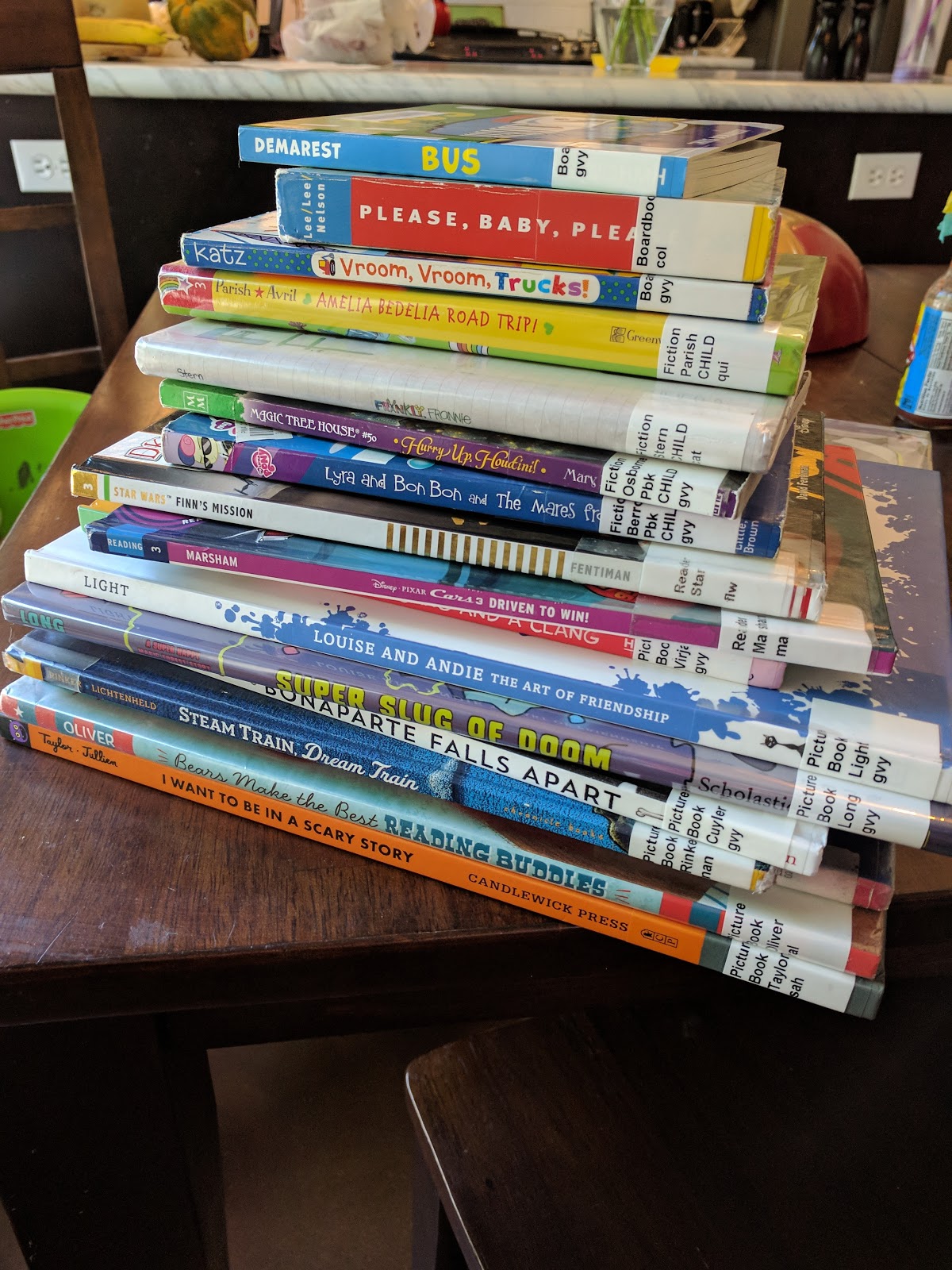 When Water woke up from his nap, he settled in with some books while I got ready for Sky and Fire to come home from school 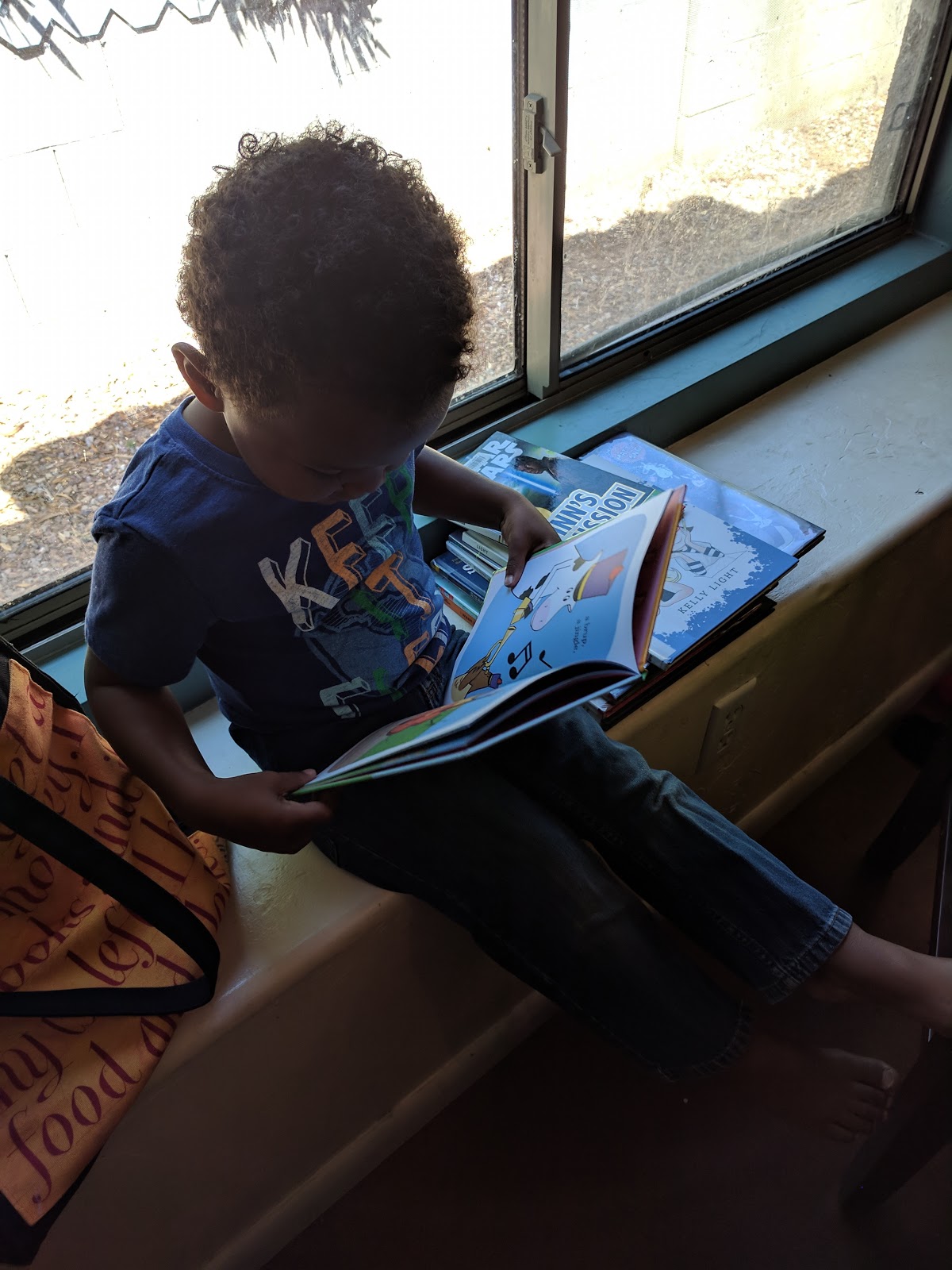 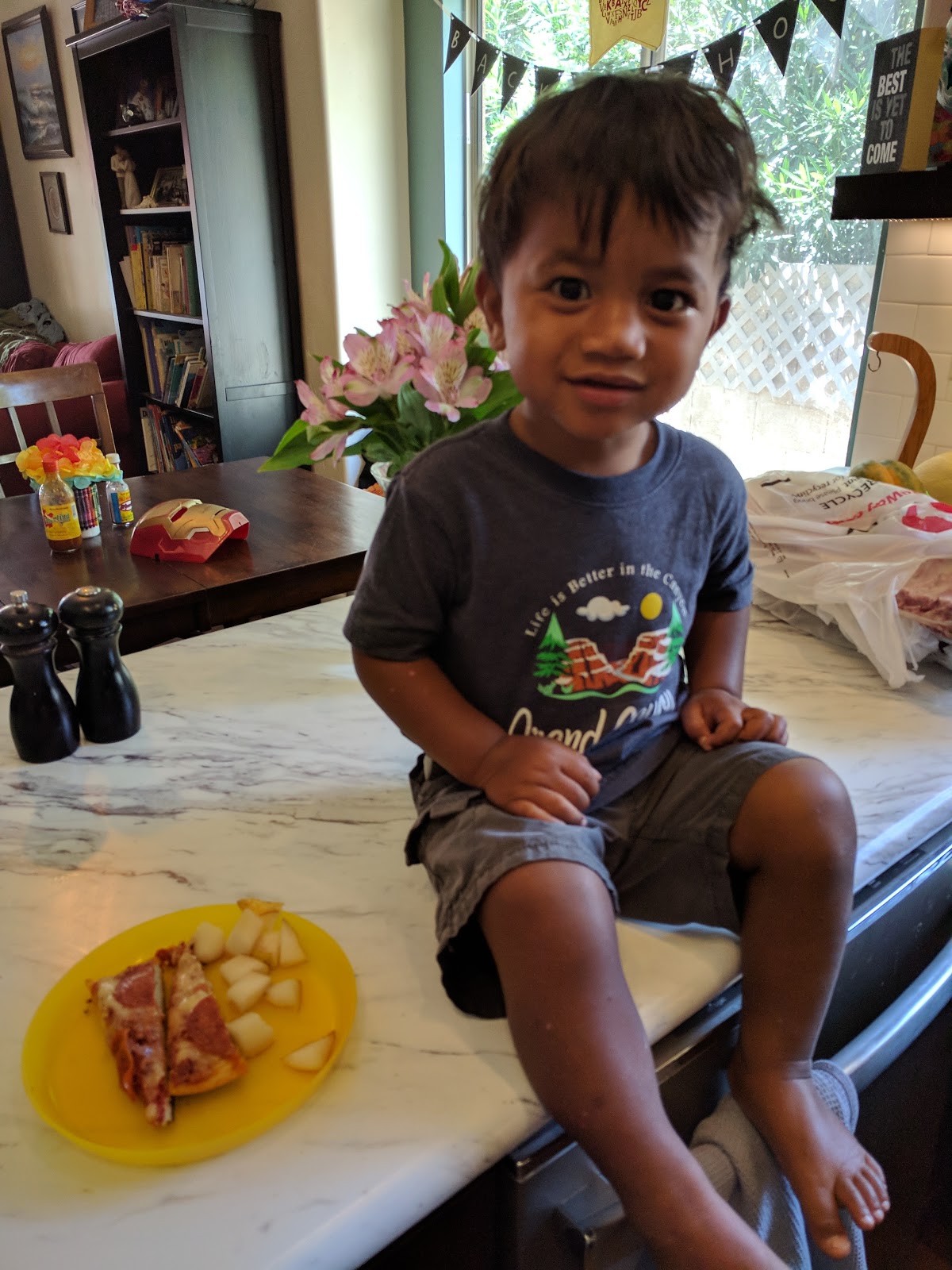 When Sky and Fire got home, we had our first Field Trip day.  School here ends an hour early on Wednesdays and it wrecks Sky- she really needs things to be regular.  I had been taking her to CrossFit training right after school for the last year but she really doesn't want to do it any more and Earth doesn't want to go either so we're trying something new.  Every Wednesday, we'll go somewhere after school and for this first one, while it's still hot, we hit the Children's Museum.  Once it gets cooler, we'll be able to go to the zoo, the Botanical Gardens, and the Desert Museum. 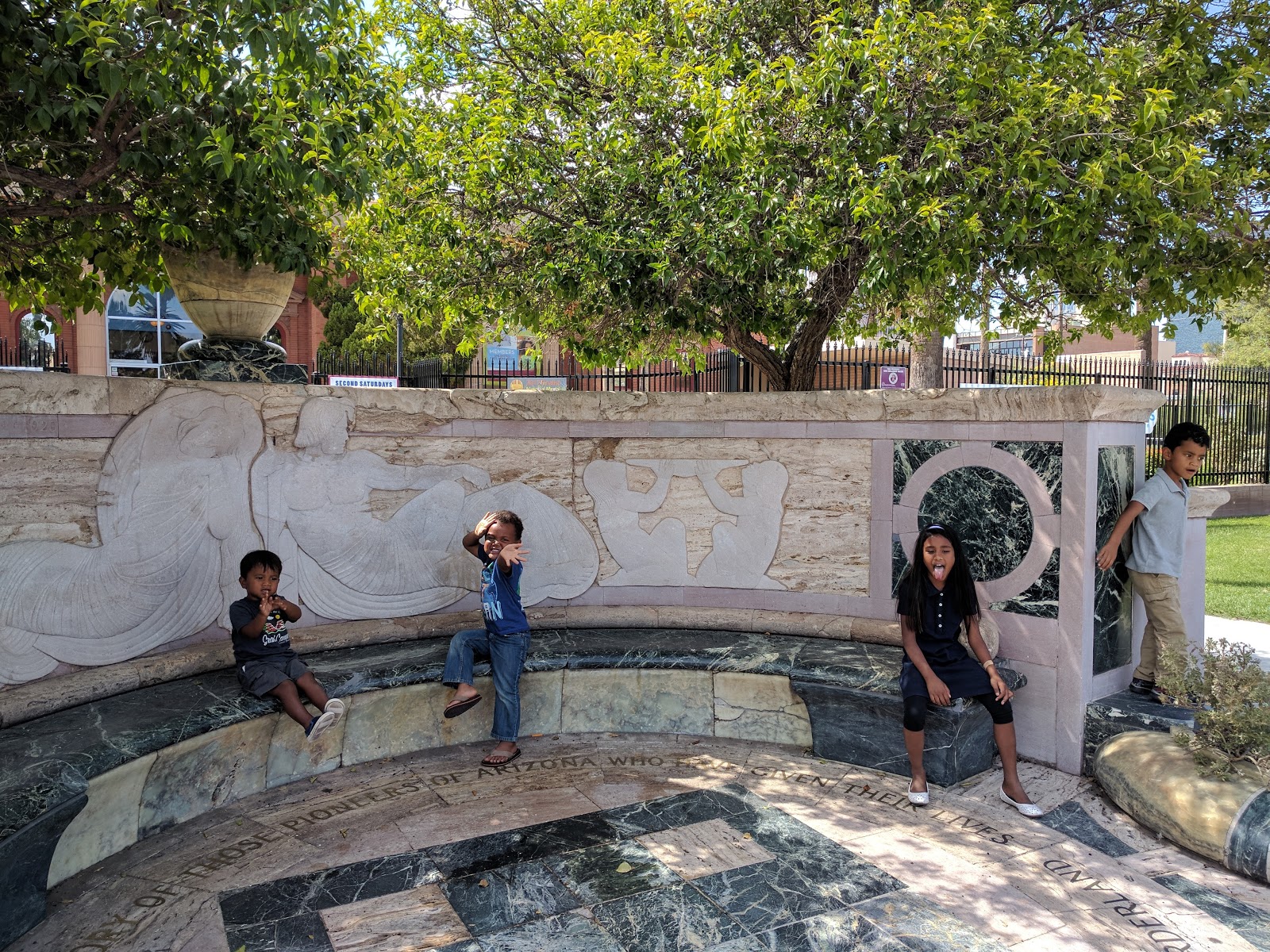 After two hours at the museum, it was time to head home for dinner, play time, home work and bedtime.  I didn't get any pictures of that since our evenings can get pretty crazy.

Is your regular day anything like this?  Have you settled into your school routine yet or is it still day-to-day?
Labels: Earth Family Fire Sky Water