Why Is There No Easy Fix for the Flooding on Ebeye? 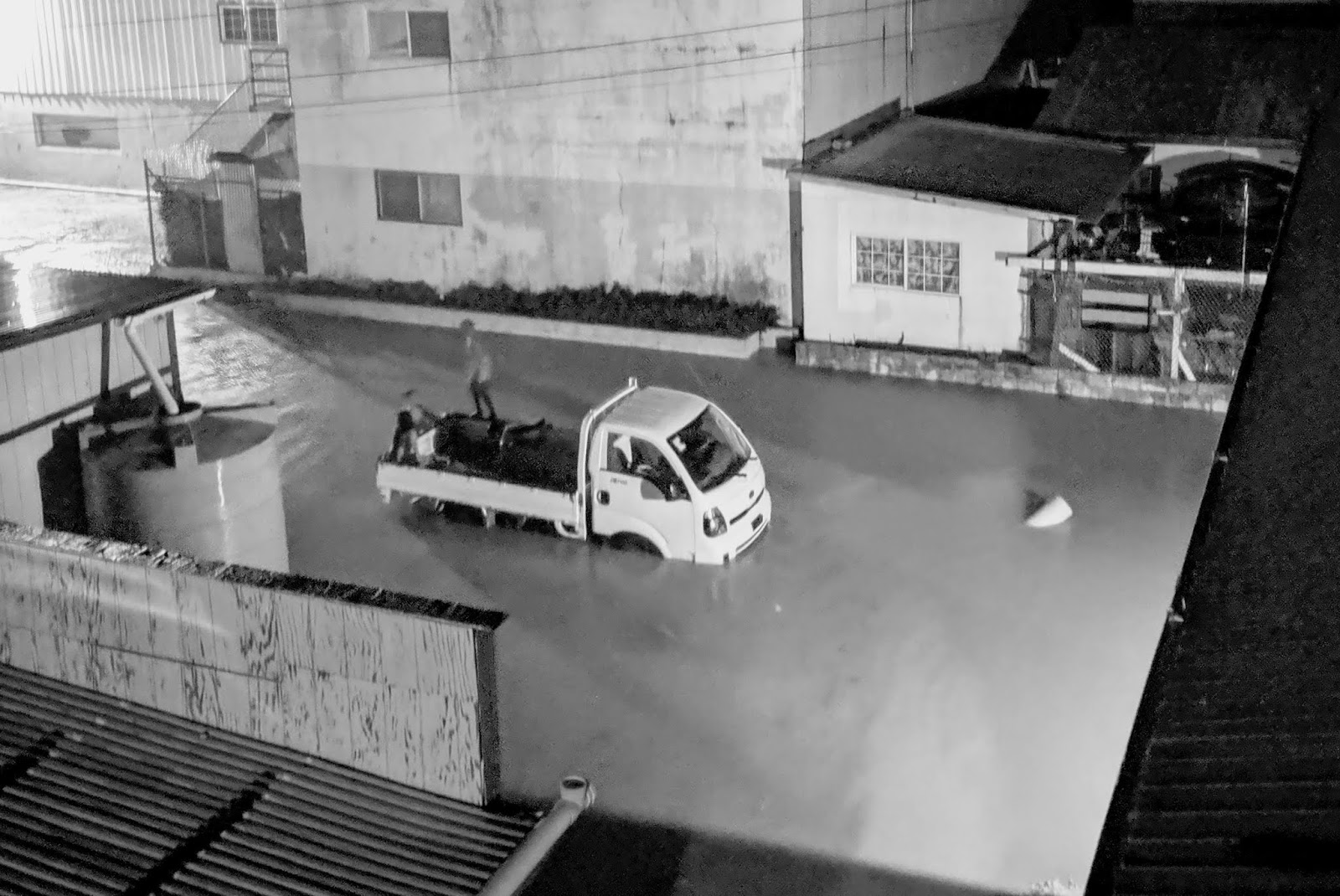 We're in the middle of the rainy season here and Ebeye, the island I live on, is flooding more and more often.  The water rising in the streets is dirty with trash and sewage and while it drains quickly in some areas, in others it sits for days, encouraging disease and decay.  Why don't they just do something about it, you might ask?  It's just not that simple... 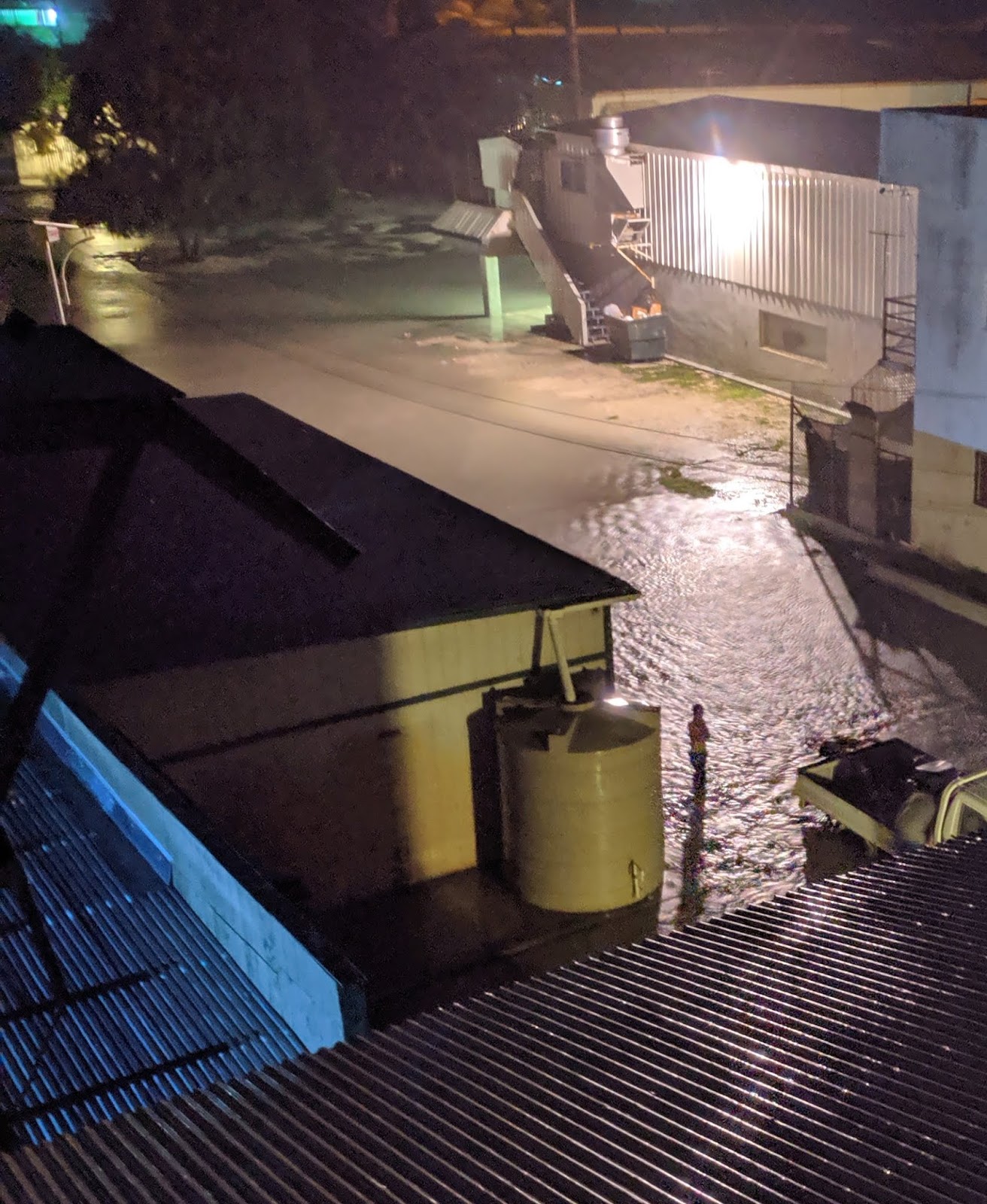 There are so many factors that contribute to problems like flooding on Ebeye an I almost don't know where to start to describe them.  Clan land ownership, a cultural preference for avoiding confrontation, lack of funding, lack of enforcement, a shortage of materials, and environmental factors are all at play.
I know this is oversimplifying the Marshallese culture and history but for most of the thousands of years before Westerners arrived the Marshallese people lived transient lives without many possessions.  When something was too worn out to continue using, they threw it away.  Since the item was made from natural materials it wasn't a big deal to just drop it and make or find another one.  Since the Marshallese traditionally practiced a system of moving from one island to another within an atoll to allow the land and sea to replenish, they wouldn't bother making large repairs to a shelter that they were going to abandon shortly.  While those cultural habits worked perfectly for the people in their traditional existence, they don't translate to a modern world with plastics, styrofoam, and permanent structures.
All the land here is owned by the clan leaders, who are called "aolep" (Fire and Earth's grandmother is the alap of the Rano clan from Mili) and who make all the decisions about what happens on that land.  Over 12,000 people live on Ebeye on land owned by just a few clan heads who live on Majuro or in the US.  Since the people living on the land don't own it, have no chance of ever owning it, and could have any building or improvement taken away at any time without reimbursement, they aren't empowered in any way to make any repairs or upgrades when things start falling apart.  Also, because most of the people here have their traditional land ties elsewhere, they don't feel any sentimental connection to the island or need to preserve it for their children.
Because there are so many people living on Ebeye, the cultural practice of conflict avoidance is still a major factor in everyday life.  You can't live on top of one another peacefully if you constantly pick fights and press your personal advantage.  In the west, we tend to see this as passive aggressive behavior or situational avoidance but it makes every day life possible here on little tiny islands full of people.  That innate desire to avoid conflict unfortunately plays into the continual lack of funding and a lack of follow through on projects: it's hard to ask for money when it might cause friction and it's hard to call someone to the carpet for a job that's not done or not done right when it might open a disagreement between families.  A good example of this is the storm drains on Ebeye.  You can see the trenches and grates on the sides of the street in the photo of my apartment building below: 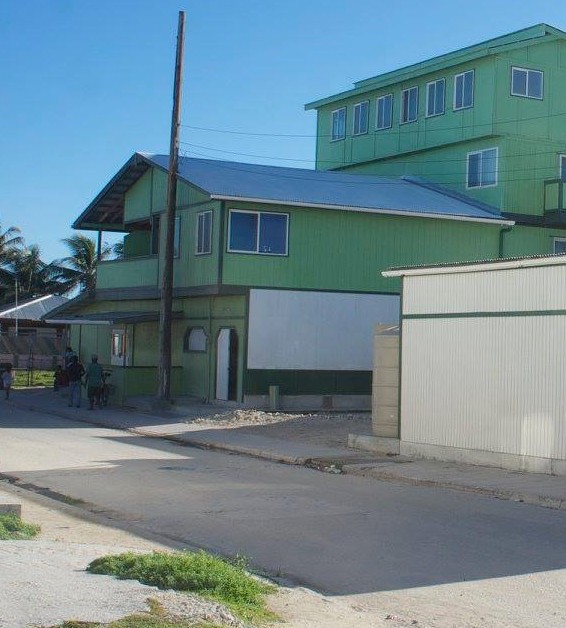 The drains have been in place for at least 10 years and as I understand it, someone was contracted to clean them regularly.  At least for a few years, the sand and trash were cleaned out but then the work stopped and the trenches filled up.  When you live in a society that actively avoids conflict, you can't go asking for money when someone stops paying you and you can't berate the person charged with cleaning the storm drains because they may be well connected.
Theoretically, an outsider could come in and say that one could throw off all that history and culture and make big changes for the Marshallese people but there are other factors here that are out of anyone's control.  Dredging and infrastructure projects like the causeway that connects Ebeye to some of it's northern neighborisland have changed the tidal flows around the island which affects the natural water table.  The water table is also affected by the rising seas caused by climate change.  Many sources have documented these consequences.  Even if the storm drains were working, a rising water table means that there's no where for the rain water to go. 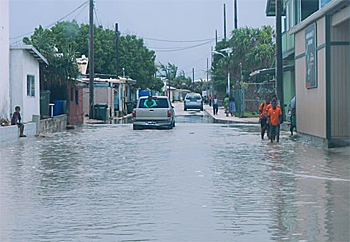 By now you might be thinking, "Why doesn't the Army or America do something about all this.  After all, the Marshall Islands used to belong to the US and the Army is dependent on the labor force that lives on Ebeye and should be invested in their health and well being."  The critical point in that argument is the the Marshall Islands used to belong to the US.  The Republic of the Marshall Islands has been an independent and self-governing nation since 1981 and while America is welcome to make suggestions and specific donations to projects, they have no explicit control over what choices the government makes for it's people.  Also, an outside organization trying to impose it's will on the people isn't going to engender in them the desire (or knowledge, tools, and supplies) to maintain the systems or continue the improvements after that organization leaves.
If anything is going to change, it has to come from the Marshallese people themselves, through their traditional structures.  All the Marshallese I've ever met have been very proud to be Marshallese and very proud of their culture and history.  While they acknowledge that there are parts of their culture that make it hard for their country to move forward today, they appreciate how well it served them in the past and are reluctant to try to change it.
One of the best books I've ever read about the culture of the Marshall Islands is Making Sense of Micronesia by Father Frank Hezel and one of my take-aways from the the book was an appreciation of the Marshallese people for their ability to make the best of things.  Take a minute and scroll back up to the picture at the top of this post.  Do you see those figures on the half-submerged truck?  Those are boys, laughing and playing king of the hill in a rain storm, pushing each other into the water and splashing around.  The rain water might be swallowing the street but it sure did make make a fun place to play, didn't it?
Labels: Ebeye