We went to court to adopt fire on Friday.  This is our second time at an adoption hearing but it doesn't get any easier.  At least this time, we knew what kind of questions to expect from our lawyer and from the judge.  They harped on our education levels and how much money we make to the point that we were both really uncomfortable.  They also asked a lot about how long we hope to be on Kwaj and how the job situation is there.  We answered the best we could and then it was Fire's birth parent's turn.  It tore out my heart to hear them say that they agreed to the adoption.  I know they'd made up their minds to do it but ...  I've said before that I'd like to have three or four kids but I don't know that I can go through that again.
Job and Elizabeth left shortly after court but they've been by twice since and are coming back again tomorrow.  I'm really glad they've come by, even though I can't imagine how hard this must be for them. 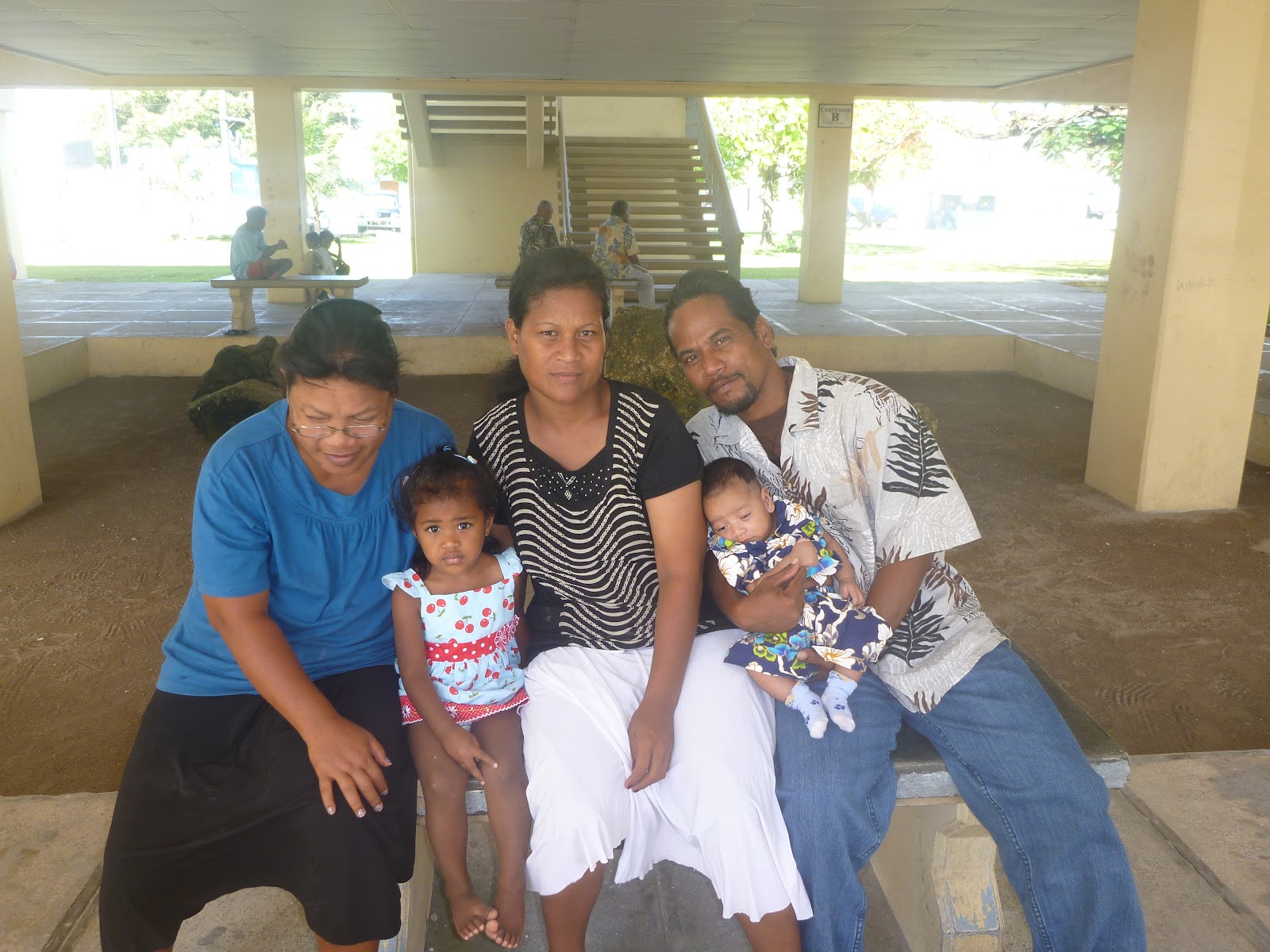 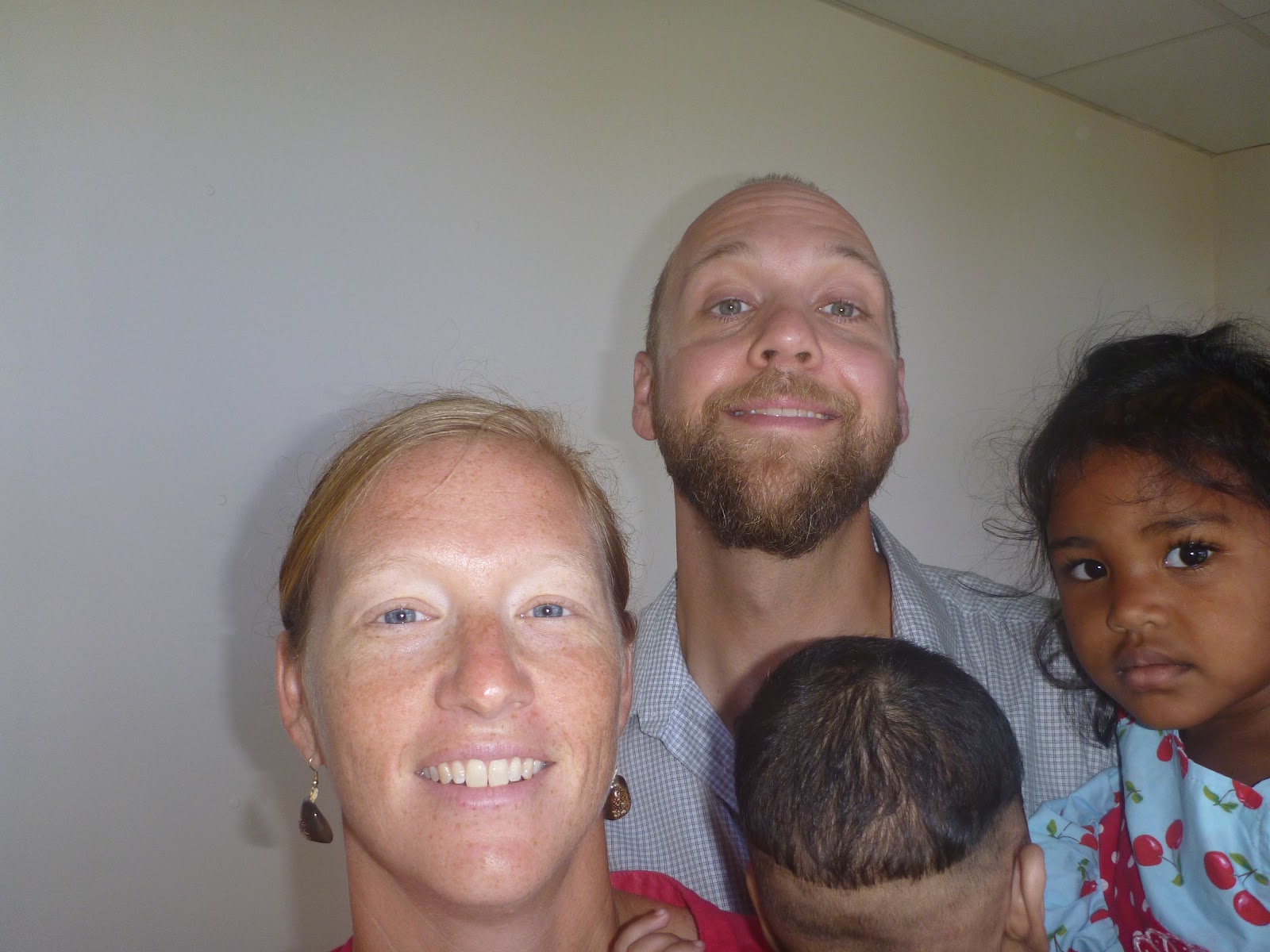 Our first picture as a family of four
(there was no one around to take the picture so we had to do it ourselves!) 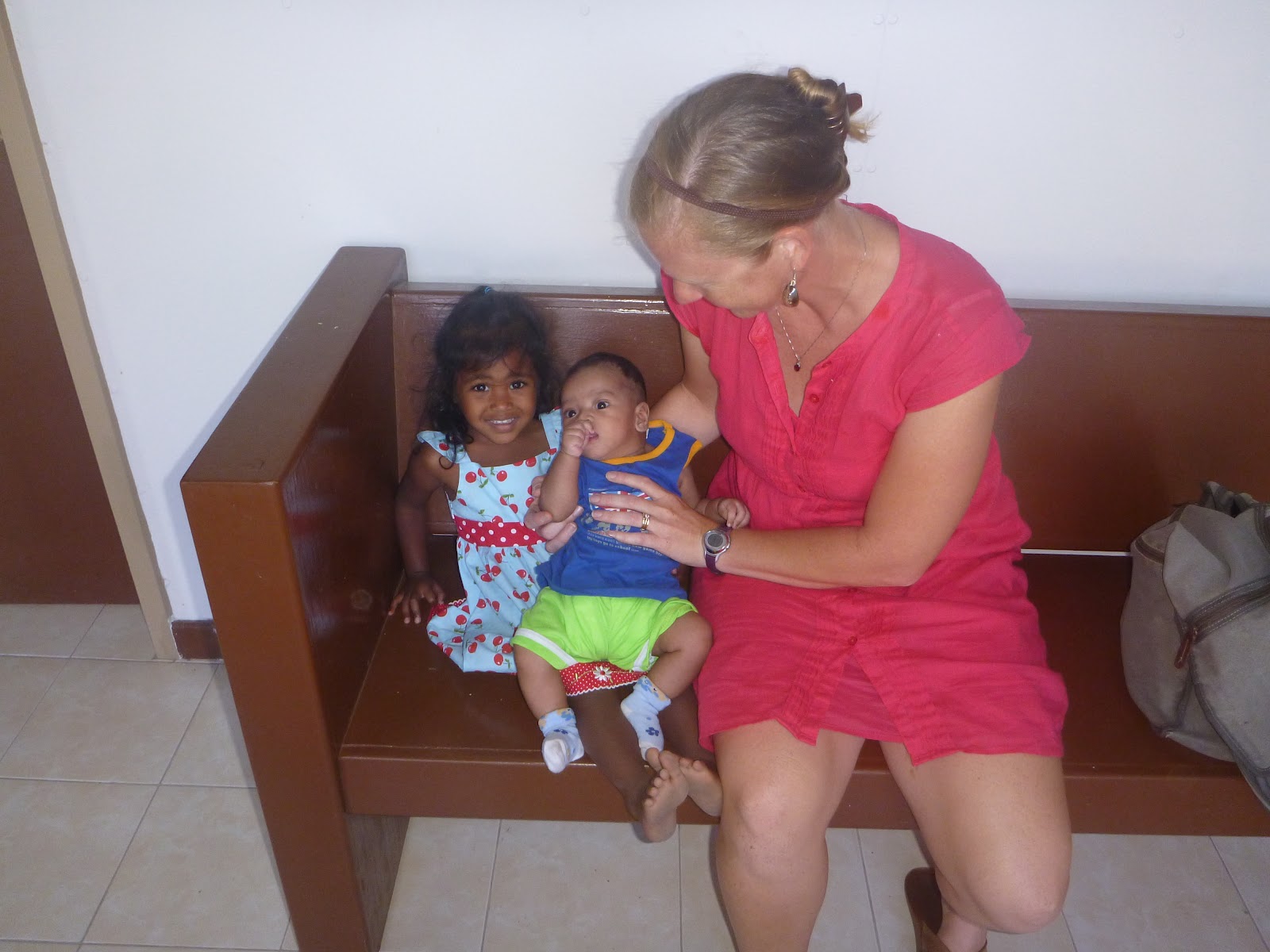 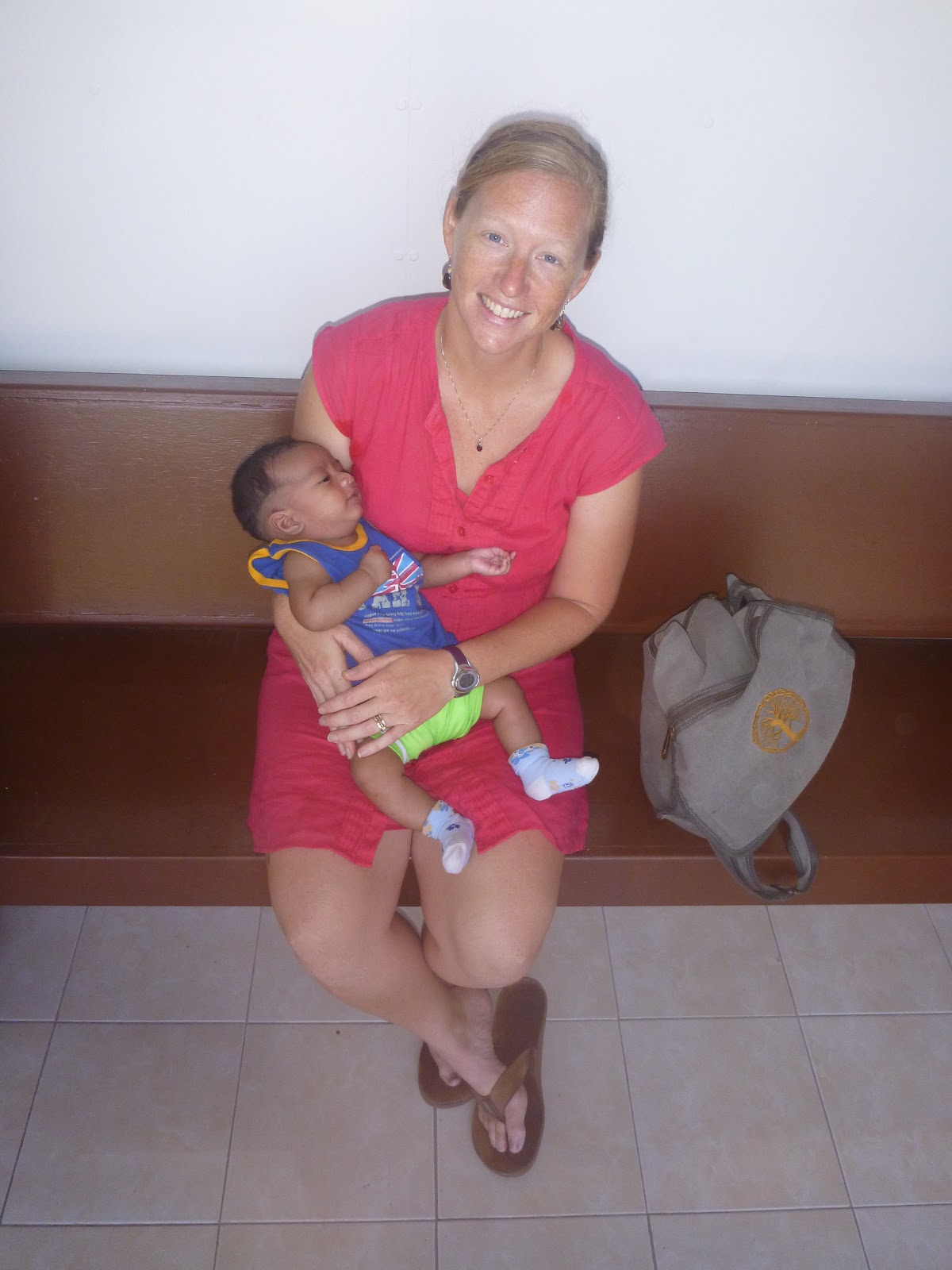 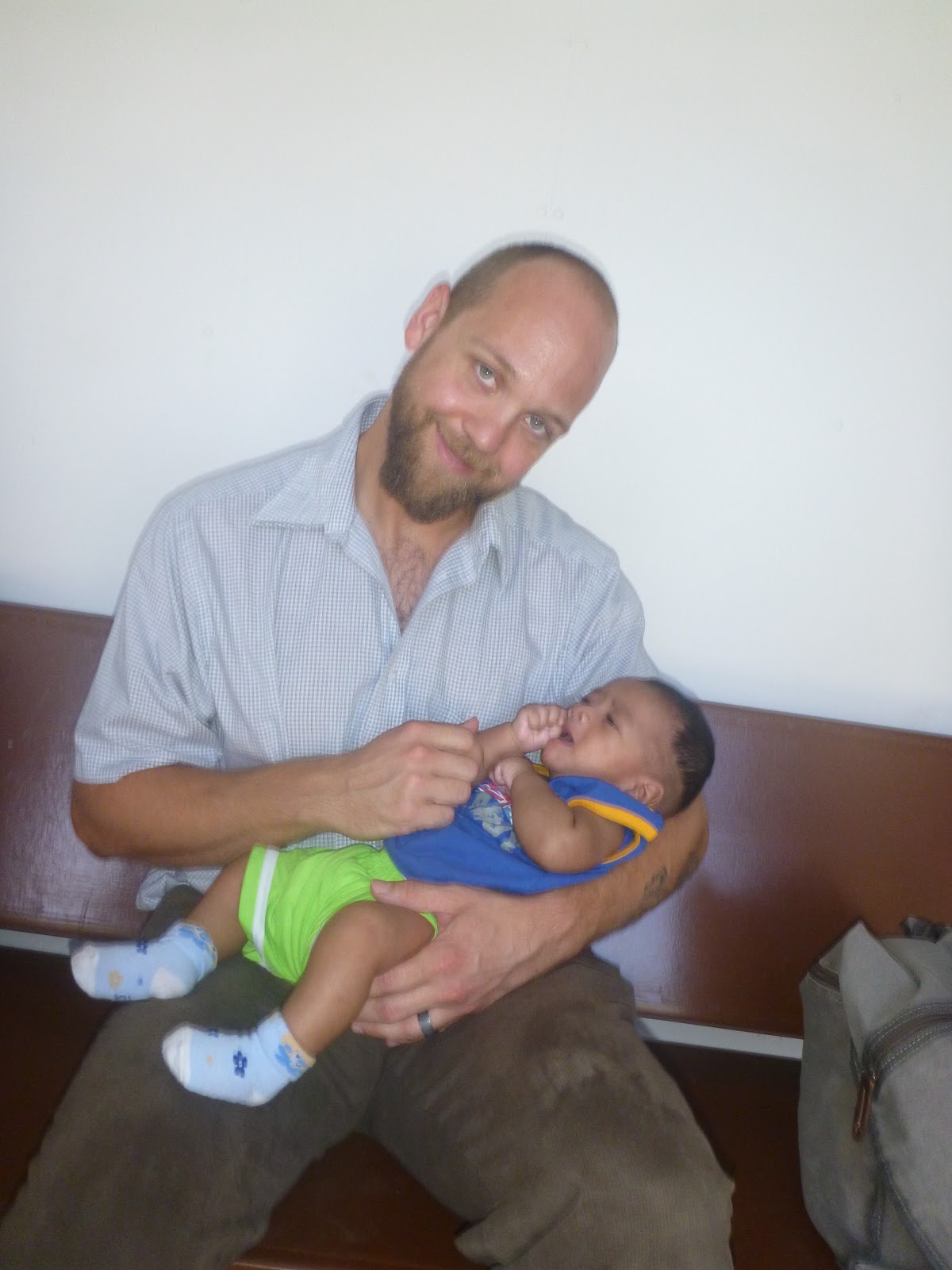 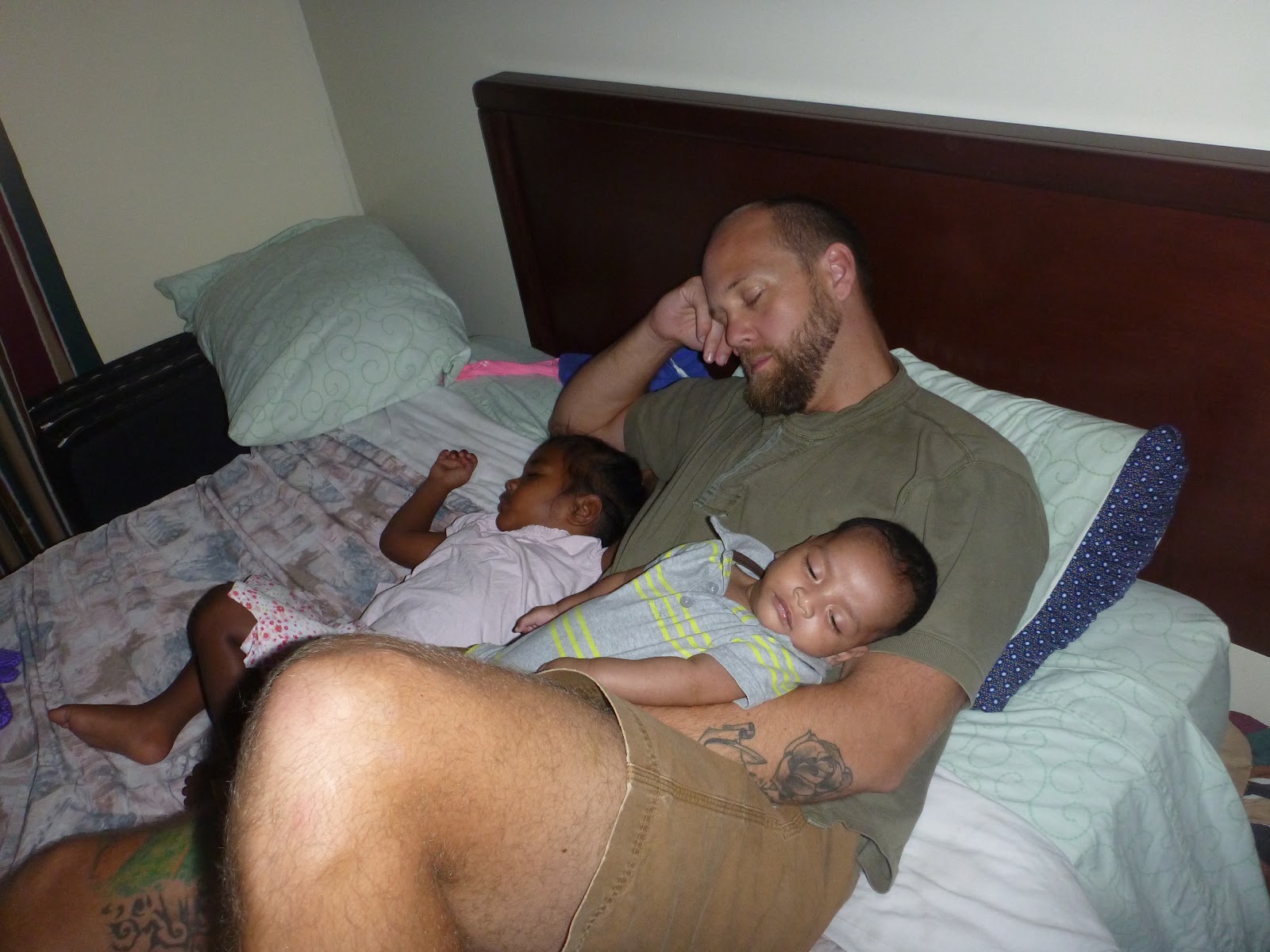 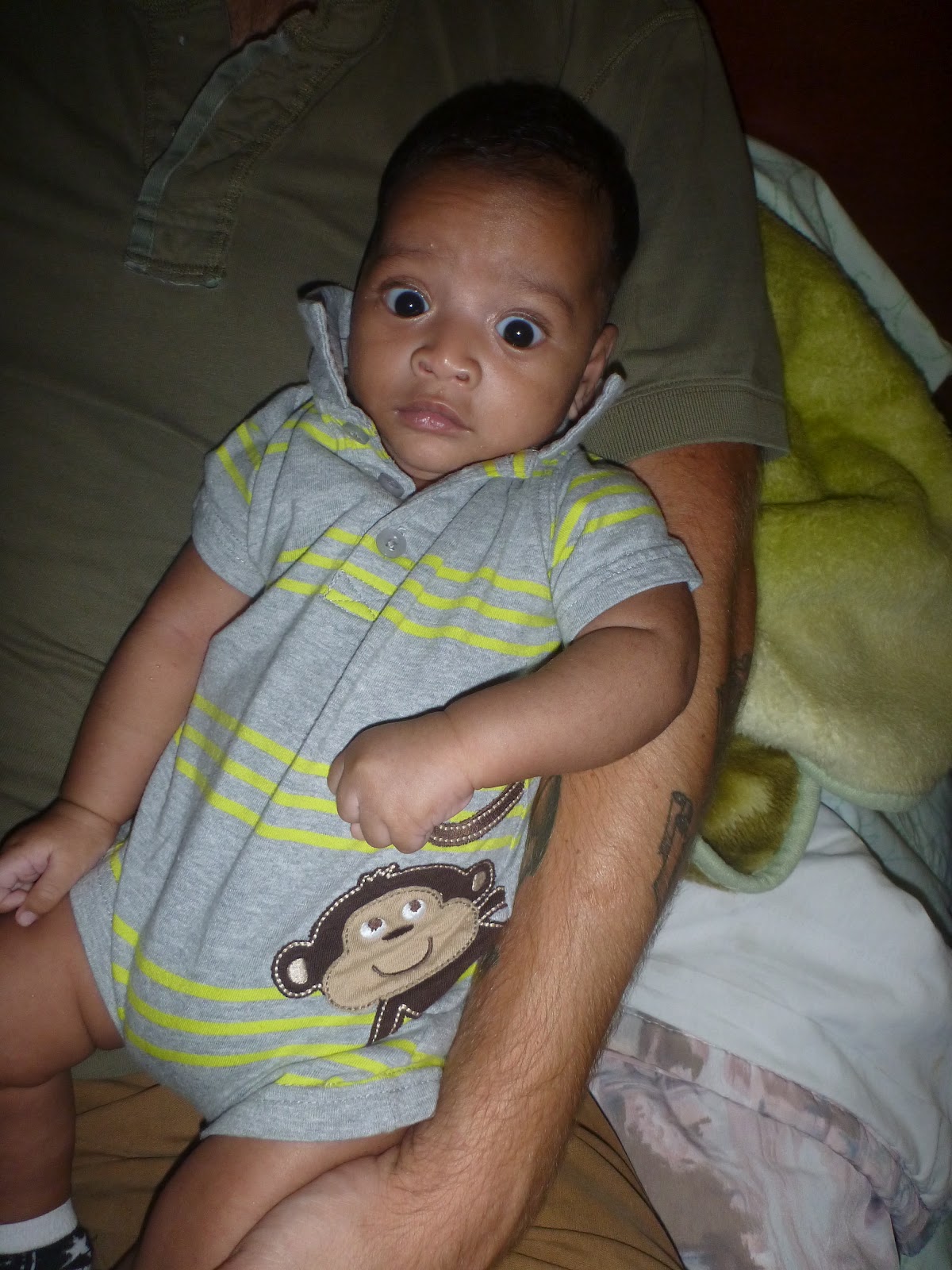