This is the first time in four years that D and I haven't been working towards or in the middle of a big change. In 2009, while I was still in Antarctica, we decided that I should try for a job here on Kwajalein and I had my first interview for the job I have now. In 2010, we committed to starting a family through adoption and began working towards a house on Kwajalein. In 2011, we were on Majuro, days away from adopting Sky, and last year, we were trying to live our lives while anxiously awaiting Fire's referral. I am hoping that this year we can just "be", that we can work towards nothing more than being a better family. We don't even have any plans to travel this year, although we've been told that some family might visit.  In an attempt to satisfy my need for change, I did some rearranging and cleaning last weekend and I'm very happy with the results. I tackled mine and D's room and the bathroom. 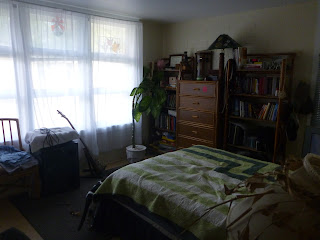 Of course, this picture doesn't capture it very well but the room is full of light and looks much bigger than it did before.  The shelves were in front of the window and seemed to close things in.  The wall beyond the bed is a little crowded but the room has a lot more usable space now and D has room to display and play his guitar.﻿ 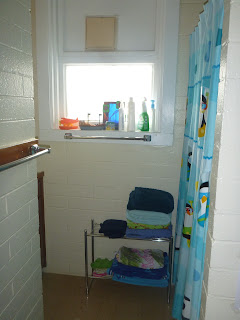 This little shelf used to be an over-the-toilet shelf but it was getting pretty worn and dusty and made cleaning around the toilet difficult.  I removed a few screws and voila!  A small shelf for towels, right by the shower where they're needed. 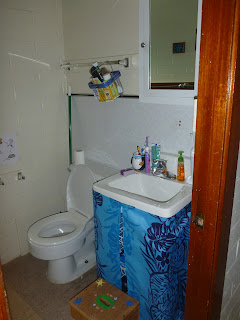 This is the main bathroom area without the shelf- it looks much more open and clean now.  I'm working on finding some kind of bathroom-safe art to brighten it up some more.  The other change I made here was the drape around the free-standing sink.  I'd previously been using a old white sheet, cut up and velcro'd in place but it was getting pretty ratty and dirty.  I picked this fabric up on Ebeye and sewed it up (thanks again, Kwajalein Prayer Quilt ministry for the use of the machine!) into this pretty drape. 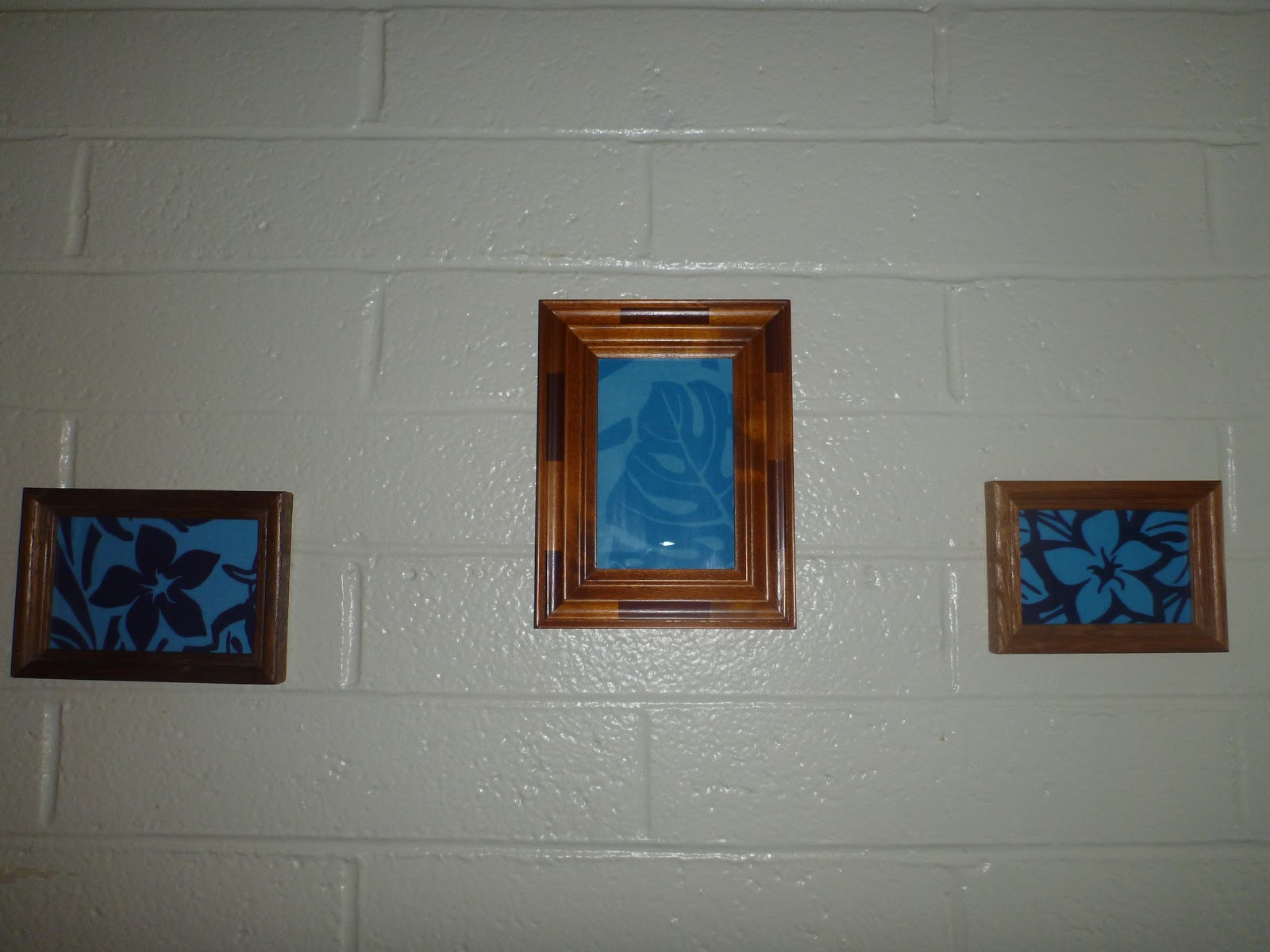 These hang on the wall across from the toilet- something pretty to look at while you're doing some "thinking".  They're made from scraps of the fabric from the sink drape and old picture frames.  I saw this idea a while ago in Real Simple and finally had a chance to use it.
Labels: Family Kwaj
Location: Kwajalein Atoll, RMI