Valentine's Day is coming up and Sky is old enough to want to give something to her friends for it.  They do sell a few kid's Valentine's cards at the store here but I wanted to try these Optical Illusion Valentine's Cards since I saw them on Kristen Howerton's Rage Against the Minivan last year.  They were super easy to make, which was important, since I did all the work on them.
We didn't have any white PVC tubing like Kristen had her kids use but we did have some cast-off blue tubing that worked just fine.  Sky is laughing in the picture because I let her smack things with the tube, which is  bigger than she is, before I took the picture.  After that, I cropped the picture a little bit and then used PowerPoint to do the frame, heart, and words.  I printed them on a computer printer (four to a page) and then glued them to some colored paper so that they would hold up a little better.  After that, it was an assembly line at the dinner table: cut out the valentines, make a cut, stick in the lollipop, tape it to the back, lather, rinse, repeat 19 more times.
I think they turned out pretty great and I'm looking forward to sending her to school with them.  Sky hasn't seem them yet, but I think she'll like them too (okay, let's be honest, I wanted to make these cards because I knew the other parents would see them and think that they were pretty cool.  If I let her choose, Sky definitely would have picked Barbie Valentine's cards over these). 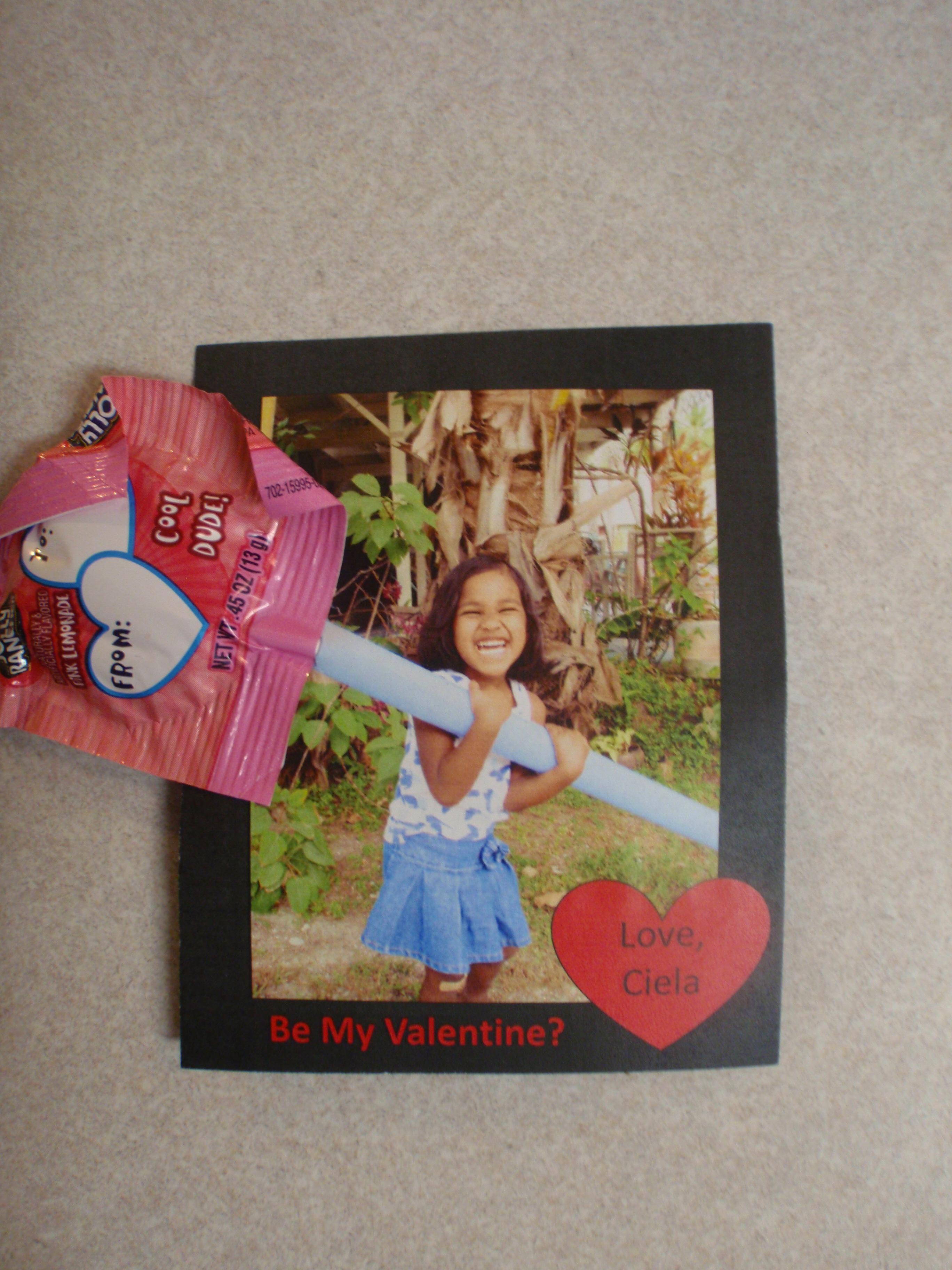 D and I don't really celebrate Valentine's Day, just like we don't do the Easter Bunny or Santa Claus, but we don't entirely shun it either.  Sky's friends will be passing out Valentine's and we didn't want her left out.  Do you buy into Valentine's Day?  Literally, figuratively, or both?
Labels: Family Kwaj Sky
Location: Kwajalein Atoll, RMI