Of course it was a good weekend!  It started out with these: 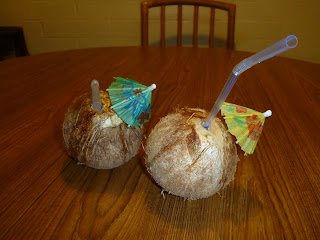 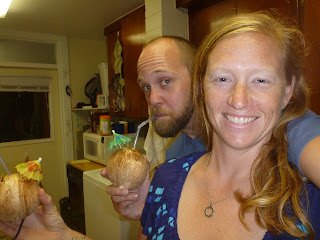 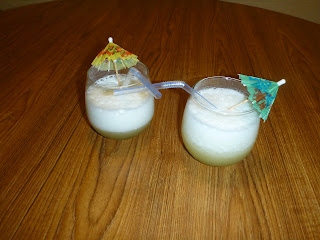 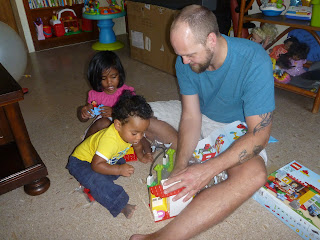 D said that this was like trying to build Tokyo while Godzilla was attacking.  TFire was called Fire-zilla for the rest of the weekend. 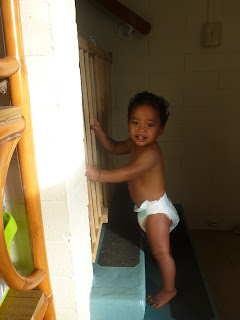 Guess who has discovered the stairs?
D worked on the bikes this weekend 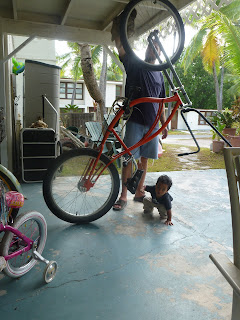 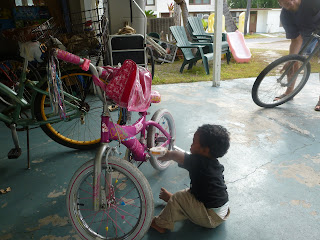 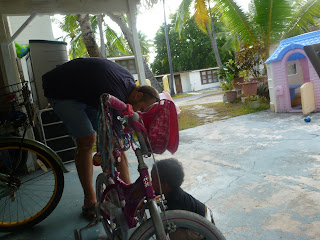 And then Daddy helped him out a bit
Sky had the camera for these: 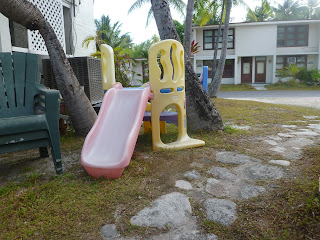 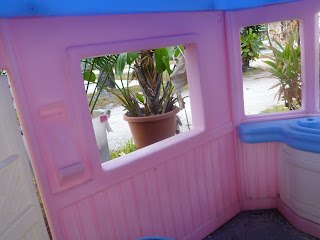 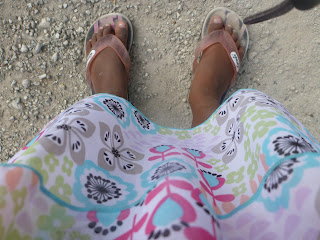 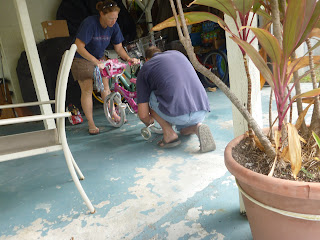 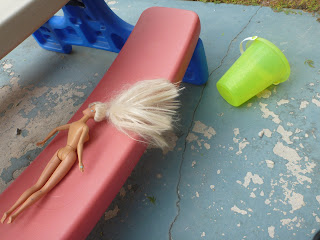 Maybe we let our babies have a little too much freedom? 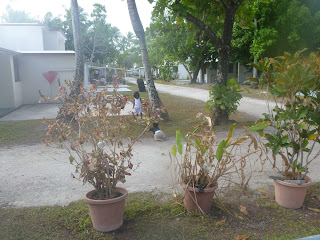 Don't worry- I brought them back to our patio right after I took the picture
This man is magic at nap time!
﻿ 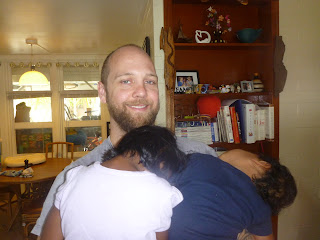 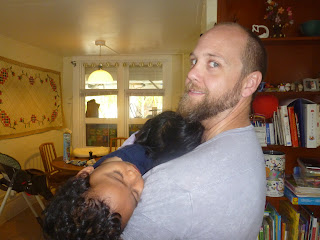 We had a three-day weekend here for President's day and we spent most of it together as a family.  D went kiteboarding a few times, I got a good, long ride in on my racing bike, we did some cooking and eating, did some yard work, I did some rearranging (pics to come), we took naps, and generally had a good weekend.
Labels: Family Kwaj
Location: Kwajalein Atoll, RMI