Choo, choo! An Afternoon at the Tucson Toy Train Museum

Two weeks ago, D and Sky took a little trip to Phoenix together and I had the boys all to myself for the weekend.  What to do with three boys on a rainy afternoon?  A quick scan through one of my new favorite websites, TucsonHappenings.com, led me to an open house at the Gadsen Pacific Toy Train Museum.  Fire is more of a car kid but Water is crazy for trains so I thought we'd give it a try.
We all had a great time! The boys spent two hours walking between the exhibits marveling at the miniature trains and pressing every button they could find.  They loved the lights and the horns and had fun finding the unique features of all the model towns the trains ran through.  The museum had stools for the kids to stand on so they could see the trains on the tables and most were (wisely) protected from small hands by plexiglass.  There was one table with two hands-on Thomas trains and the boys returned to it over and over.  I didn't get a picture of it but they also run a large scale model train with passenger cars.  We got to ride on it just before the rain started.  Water loved it and spent the whole ride saying, "Choo, choo!" and waving to everyone we passed.
When I finally pulled the boys away they were excited about trains and asking to go back.  Fire asked me take the wooden train set out of the closet and has played with it every time he can (which is when Water is sleeping, since he loves destroying whatever Fire builds!).  One of the members mentioned that they offer birthday parties- that would be so fun for a child who loves trains!  We might be back next year for Fire's fifth birthday.
I think the only negative about the place would be that the members of the toy train club never engaged the boys.  One of their stated purposes is to share the love of trains and toy trains with others but no one approached the kids to talk to them about trains.  Perhaps we'll find someone more out-going to talk to when we come back next time.
If you're looking for something to do in Tucson when the days get hot, consider stopping by the Tucson Toy Train museum.  I would definitely recommend it for any child who loves to watch things go! 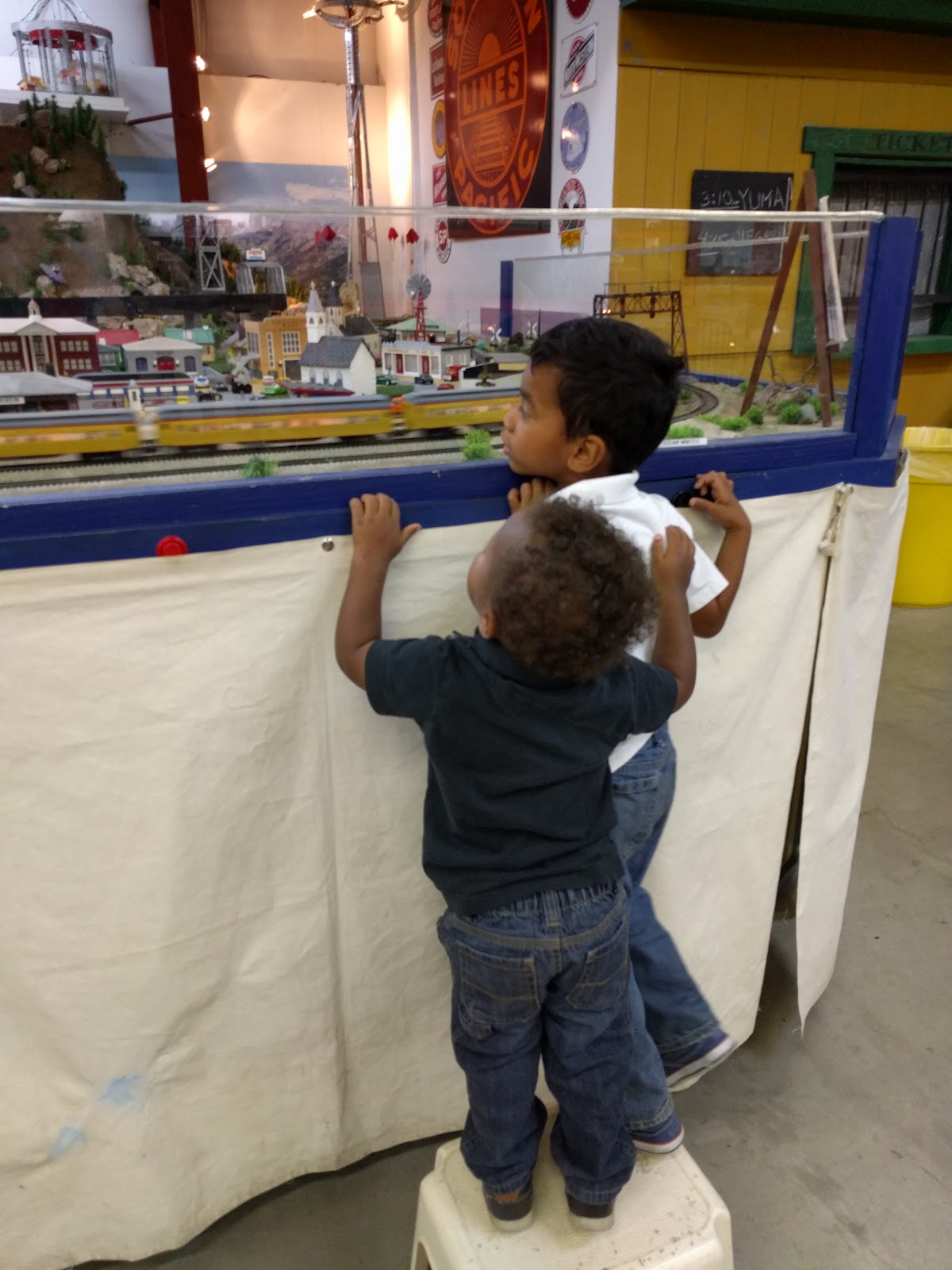 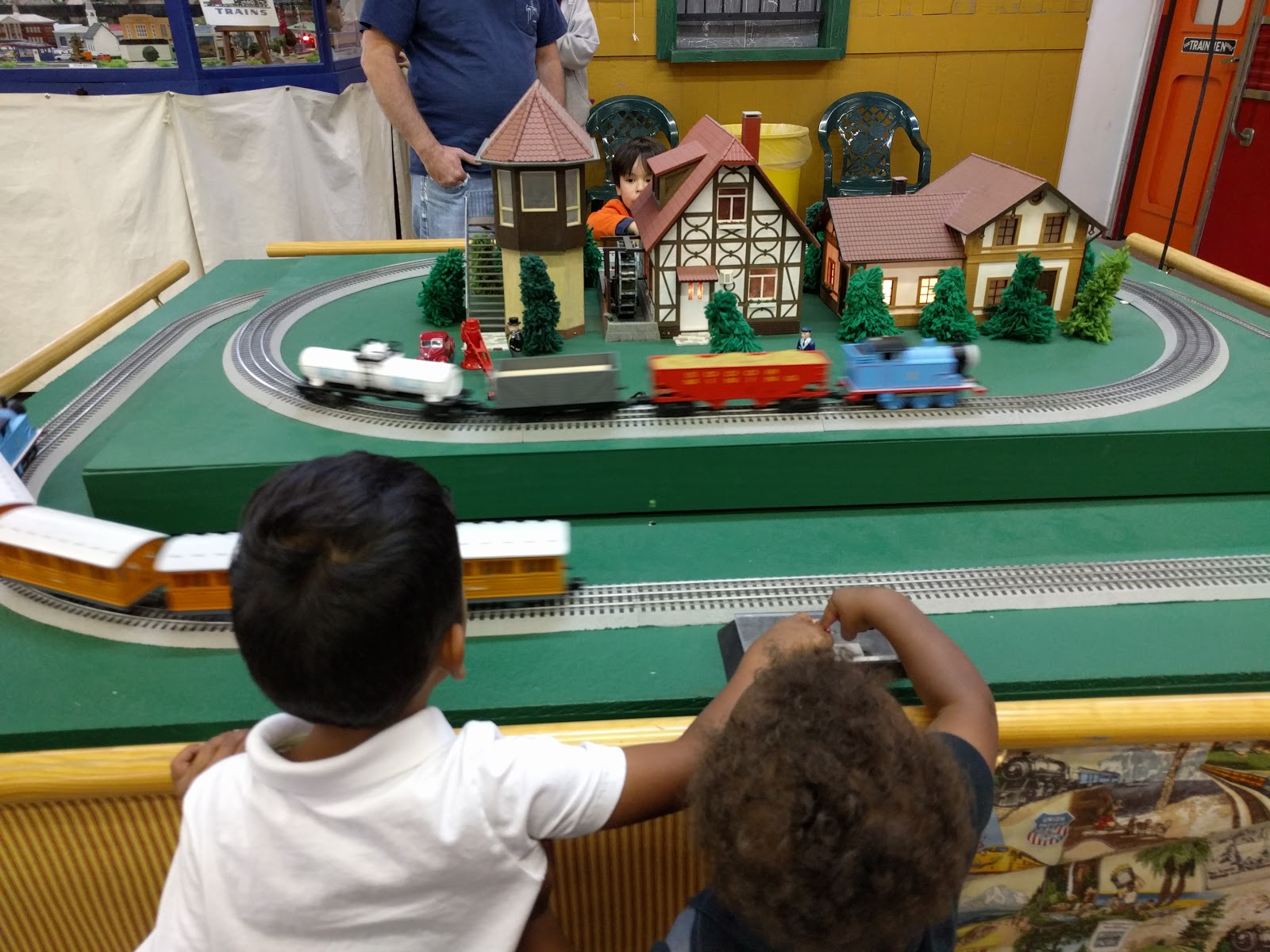 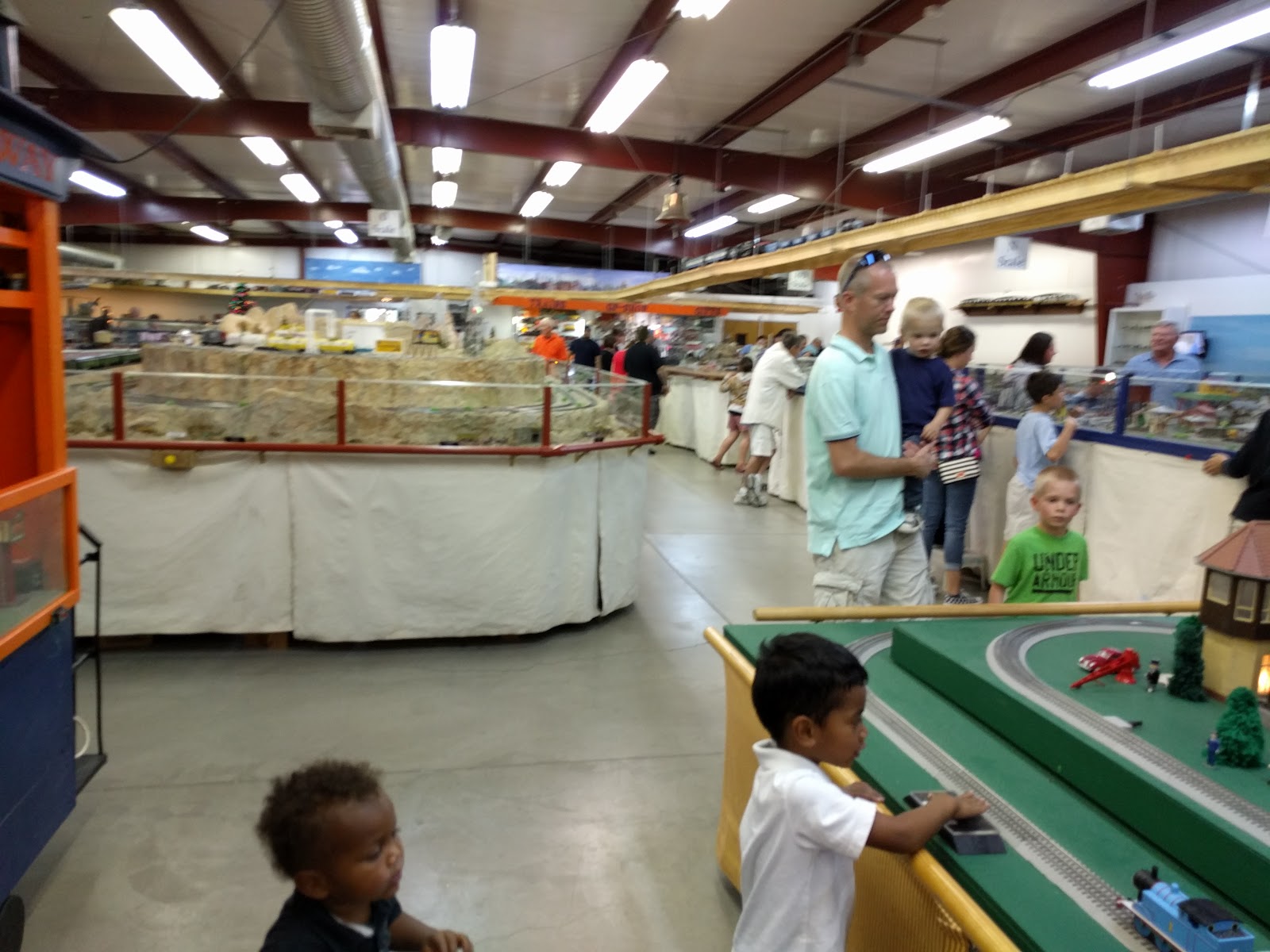 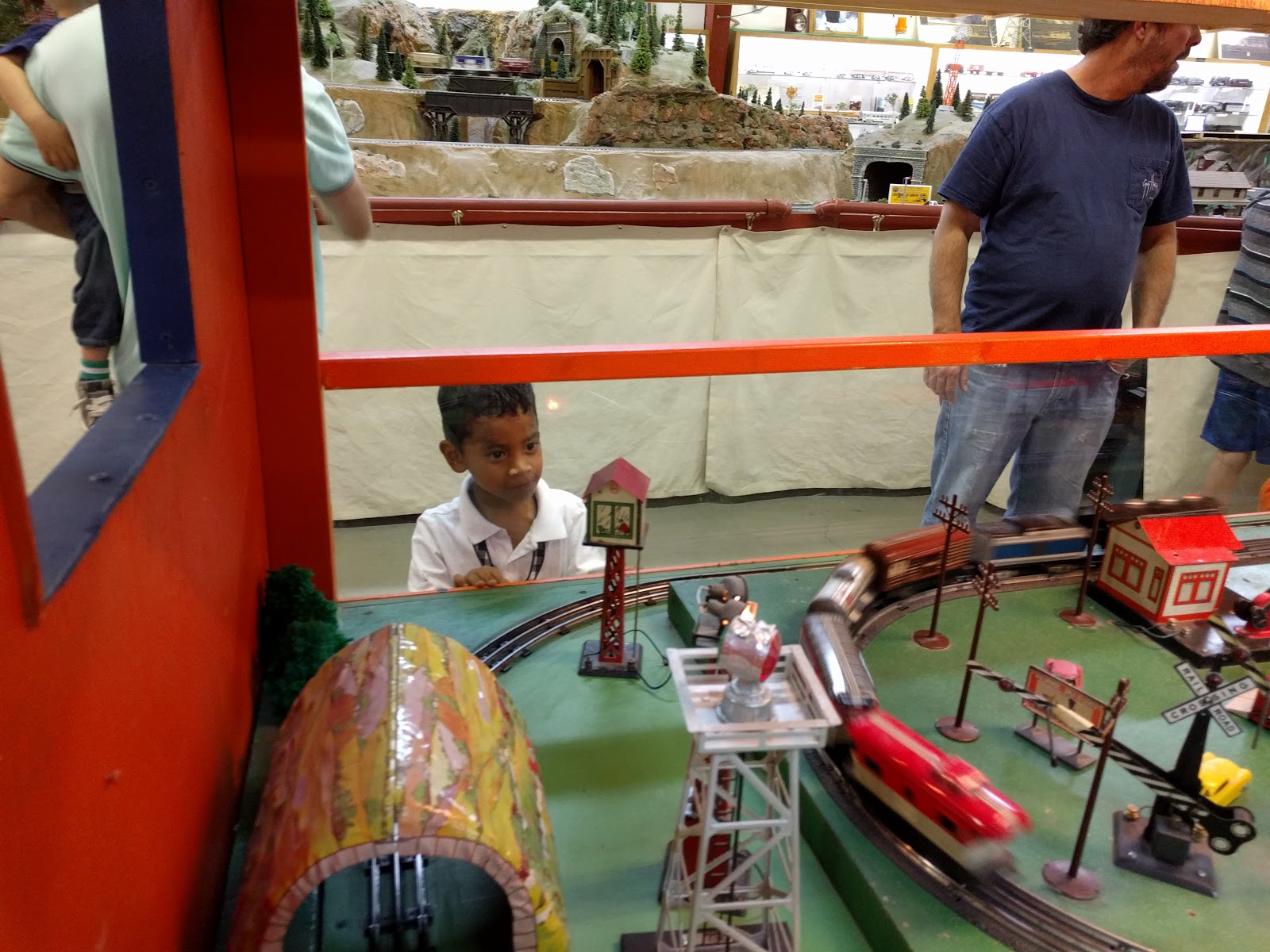 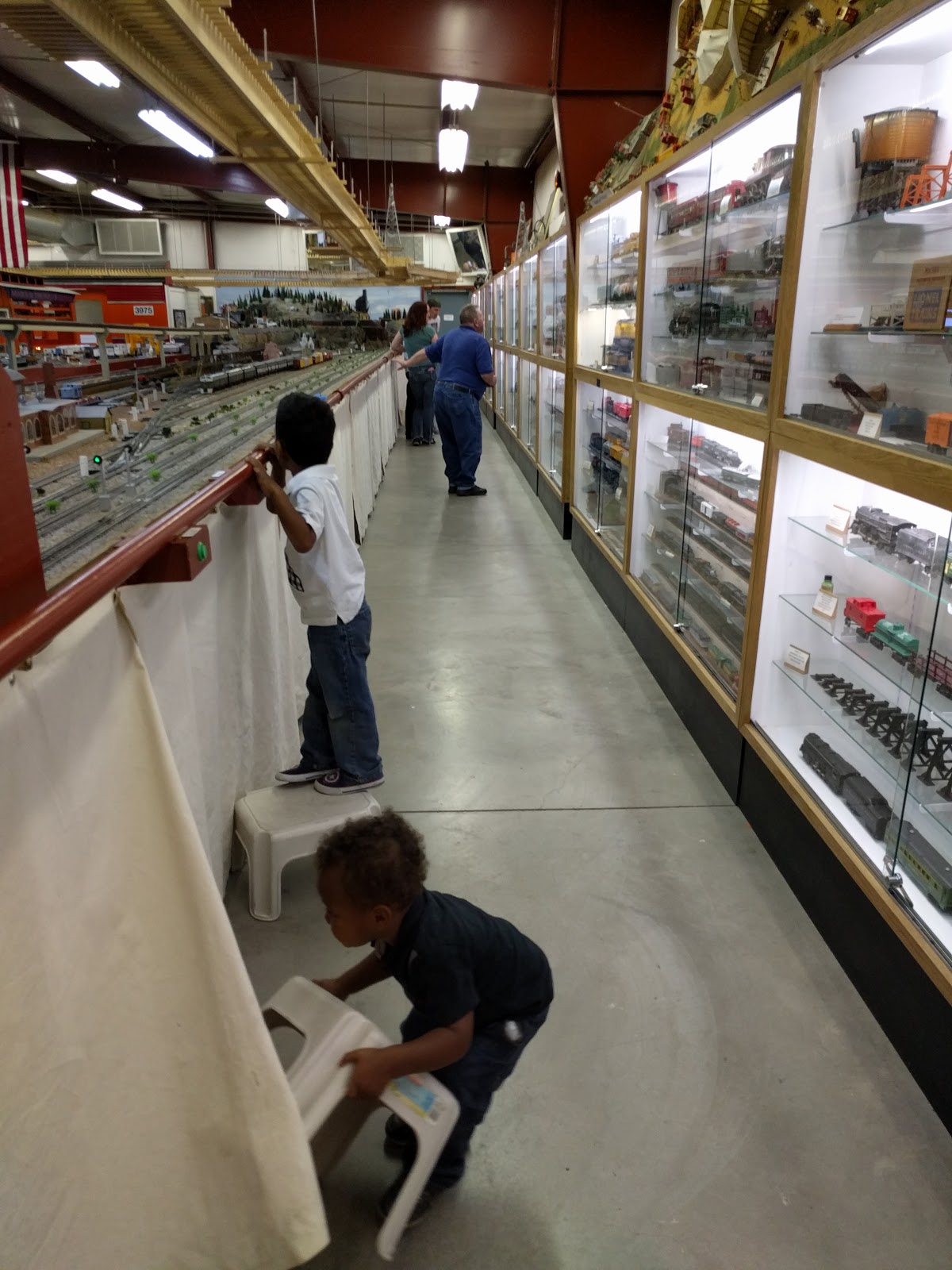