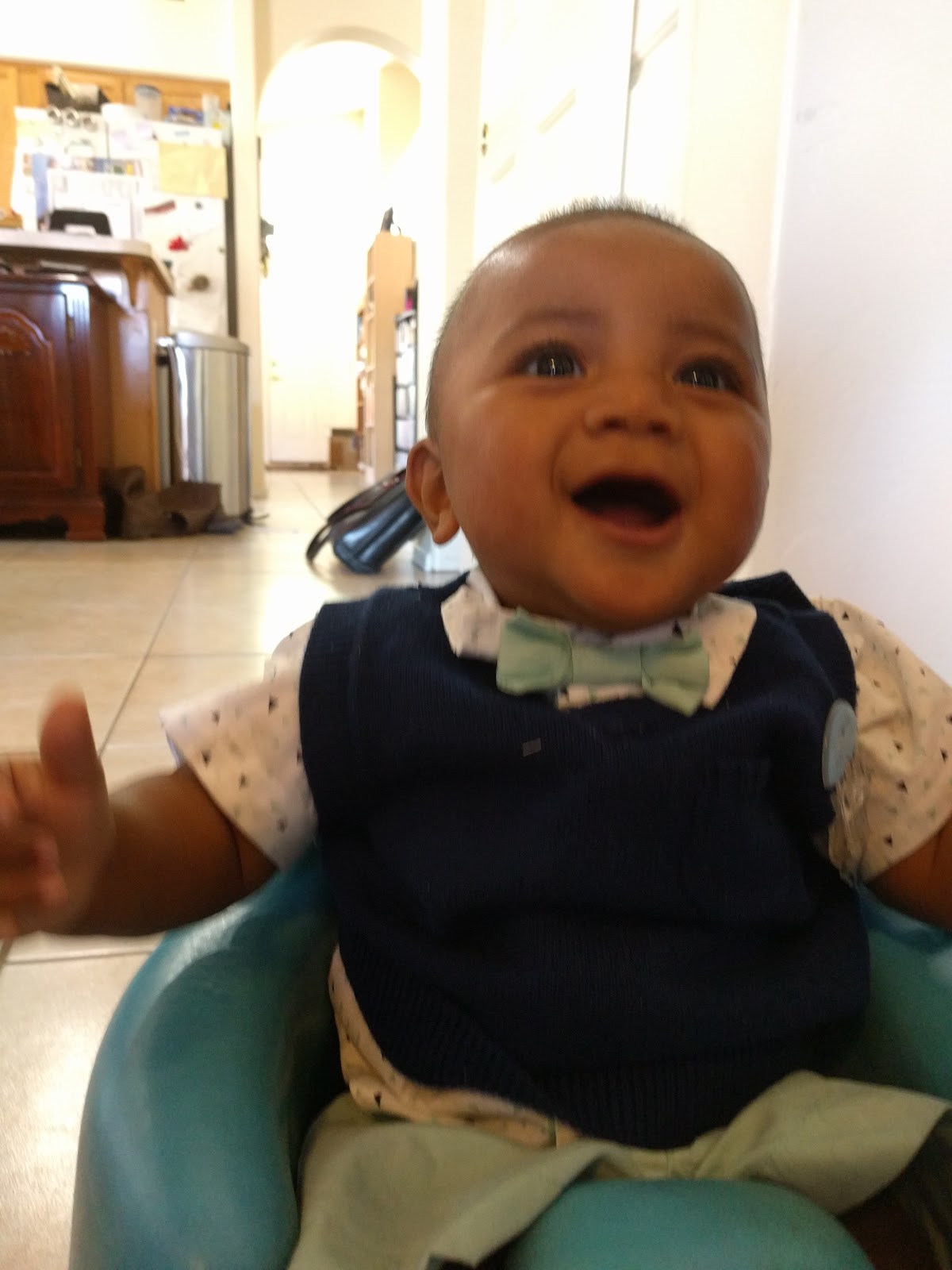 I can't believe Earth is Six months old! It seems like just yesterday he was three weeks old and  I was bringing him home from Ebeye.  Earth has a joyful personality and loves to be held, especially by his brothers and sister.  Just seeing any of them makes him laugh. Earth is eating food three times a day now and has enjoyed everything he's tried, although he hasn't really liked the texture of the whole wheat baby cereal that we added to his diet recently.  I'm making all of the baby food again, mainly because I want him to develop a taste for vegetables first, rather than have them tempered by fruit or fillers that you find in store-bought food (although the money we save is nice too!). 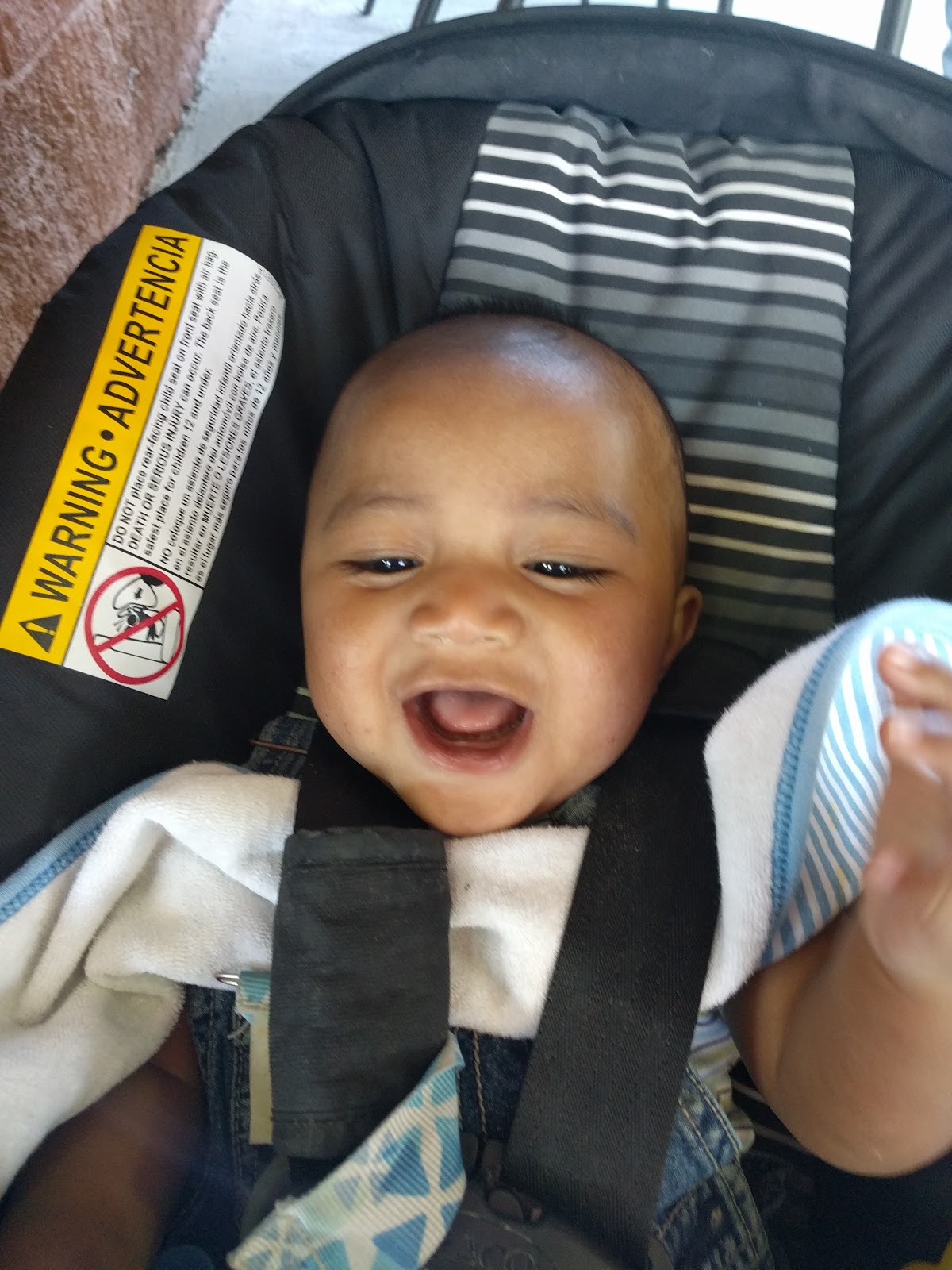 Earth just cut his first bottom tooth and is working on his second.  He's a little fussy at night time from the teething but more and more often he sleeps through the night.  At his six month check up, he weighed 16.5 pounds and was 26 inches long.  He hates tummy time and isn't rolling over regularly yet, but is getting better and better at sitting. He's right on track developmentally and doing great all around.

Earth, we love you so much and love watching you grow every day!